The pop up custard creations by Chef Rahn Broady came when his love of cooking and teaching combined.

Seventh Ward Ice Cream Speakeasy is churning out frozen custard for a good cause. What began as a “glorified lemonade-stand,” has become an all-out phenomenon with Chef Rahn Broady at its helm.

Broady has been in the custard game for years and he’s always had a passion for creating good food and teaching others how to do the same. His 7th Ward spot is cranking out pints of ice cream in unusual flavors, and using the profits to further students’ education and reinvest into the community.

Classroom, to cook, to custard

Originally from just outside of St. Louis, Broady was living in San Francisco when he began experimenting with different flavors of custard. He’s a bit of an expert, after all, he’s been making the stuff since he was 11. Having previously worked as a personal chef, he saw an opportunity to combine his passion for food and science into one delicious project.

“I used to cook in San Francisco, while I was teaching, and I wanted to combine the two,” he said. “I moved to New Orleans in 2010 and started working for The Edible Schoolyard at Arthur Ashe Charter School, teaching in the garden.”

Broady saw the opportunity to use his enthusiasm for small-batch frozen custard, and people’s love of ice cream, to help fund his love of education and science. He now teaches full time at Living School, where he educates 9th and 10th graders in a micro-enterprise class of his own design. 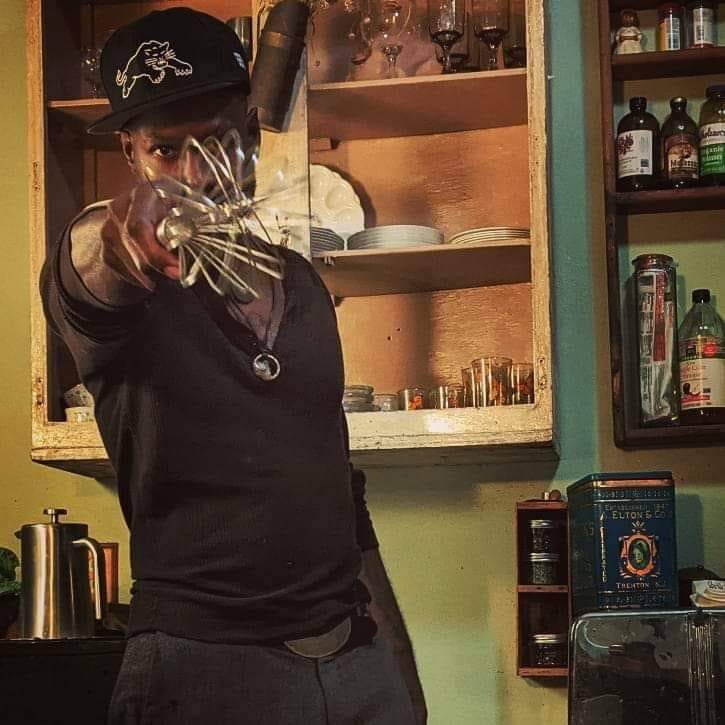 As a scientist, educator and award-winning gardener, Broady uses his skills to teach students how to get the most out of their gardens. It’s here that he shows them the ins and outs of food gardening and how to sustain life through agriculture.

“I want my students to learn how to create businesses from raw materials and through agriculture,” he explained. “We also have conversations about growing food, plant medicines and horticulture.”

When Broady set out on making and selling his custard, he didn’t do so to create a big business or even reap a personal profit- he considers his ice cream an experience. All of the proceeds from his 7th Ward Ice Cream Speakeasy sales go back into more ice cream production and, most importantly, into the hands of the people who need it.

“All of my sales are donation-based and all of my proceeds go to mutual aid and taking care of the community,” he said. “I’m not trying to be a business; I want to take care of people. People enjoy being a part of it and sometimes just pass along donations because they know it’s going to a good place.”

The Speakeasy project originally started small, in Broady’s Bywater home, where he mixed up the cool treat with his two older daughters, in an effort to teach them the ins and outs of a small business. He sold his custard by the cup and stayed low-key.

“It started as an ice cream social type of thing,” he explained.

Now located in the 7th Ward, Broady cranks out pints full of flavors such as Elderberry Rosemary, Malted Honey Matcha Custard, New York Cheesecake, Malted Mocha Latte and Sticky Toffee Pudding Gingerbread, with the help of his 4-year-old daughter. His biggest passion is combining unusual flavors that spark memories in his customers. 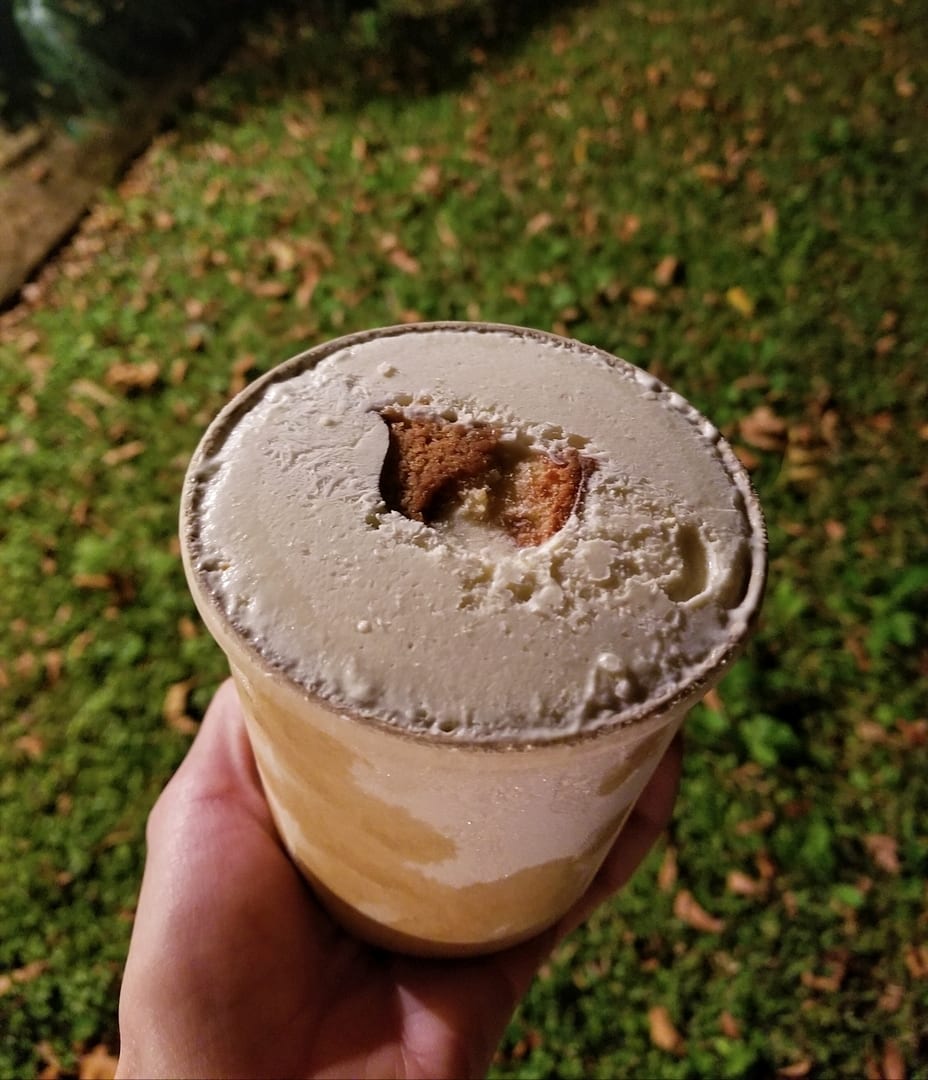 “I see myself as a food chemist and I like to tap into people’s nostalgia,” he explained. “I’m daring and small-batch, so I like to experiment. One of the best parts of it is creating flavors that trigger memories.”

The experiment is paying off and Broady’s Speakeasy is a hit, boasting long lines outside of his front door when he notifies members of his popular Facebook group that his freezer is full of pints that are ready for pickup.

Broady’s flavors are different from anything you’ll try at other ice cream spots. He takes pride in the fact that he uses unexpected ingredients in his creations such as paprika, garlic, herbs, lime, turmeric and black pepper. All of his ice cream components are homegrown, whole based, and locally curated- including the eggs he uses in his batches. His philosophy is that flavor lies in fat and not sugar — you won’t find milk, corn syrup or other fillers here. He describes his offerings as robust, super fatty, dense frozen custard made with heavy cream and with local and seasonal ingredients. 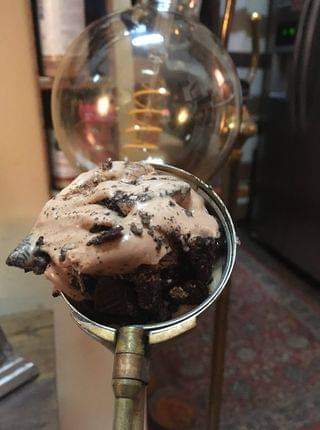 Broady counts Rosemary Lemon Curd, Chocolate Thunder-made with dark chocolate and black pepper, and Deep Vanilla among his own favorites.

“The Deep Vanilla is one of my favorites because most people think of vanilla as safe or boring,” he said. “Mine is made with saffron, brown sugar, salt, black pepper and few other things. Some of my customers have called it the best vanilla ice cream they’ve ever tasted.”

I was able to try Broady’s most recent creation, New York Cheesecake Custard, and it was as delectable as promised with a wedge of cheesecake buried nicely in Deep Vanilla ice cream, that I allowed to melt a bit before consumption. As suggested, I enjoyed it a few bites at a time, in order to make it last. You always want the really good stuff to last.

By now you’re probably wondering how you can get your hands on this creamy treat. The process is fairly simple if you time it right. Join the The New 7th Ward Ice Cream Speakeasy Facebook group. It’s here that Broady will let you know when he has some ice cream ready to go. Send him a message, arrange a pickup, and go and get your fix when he announces the “drop.” 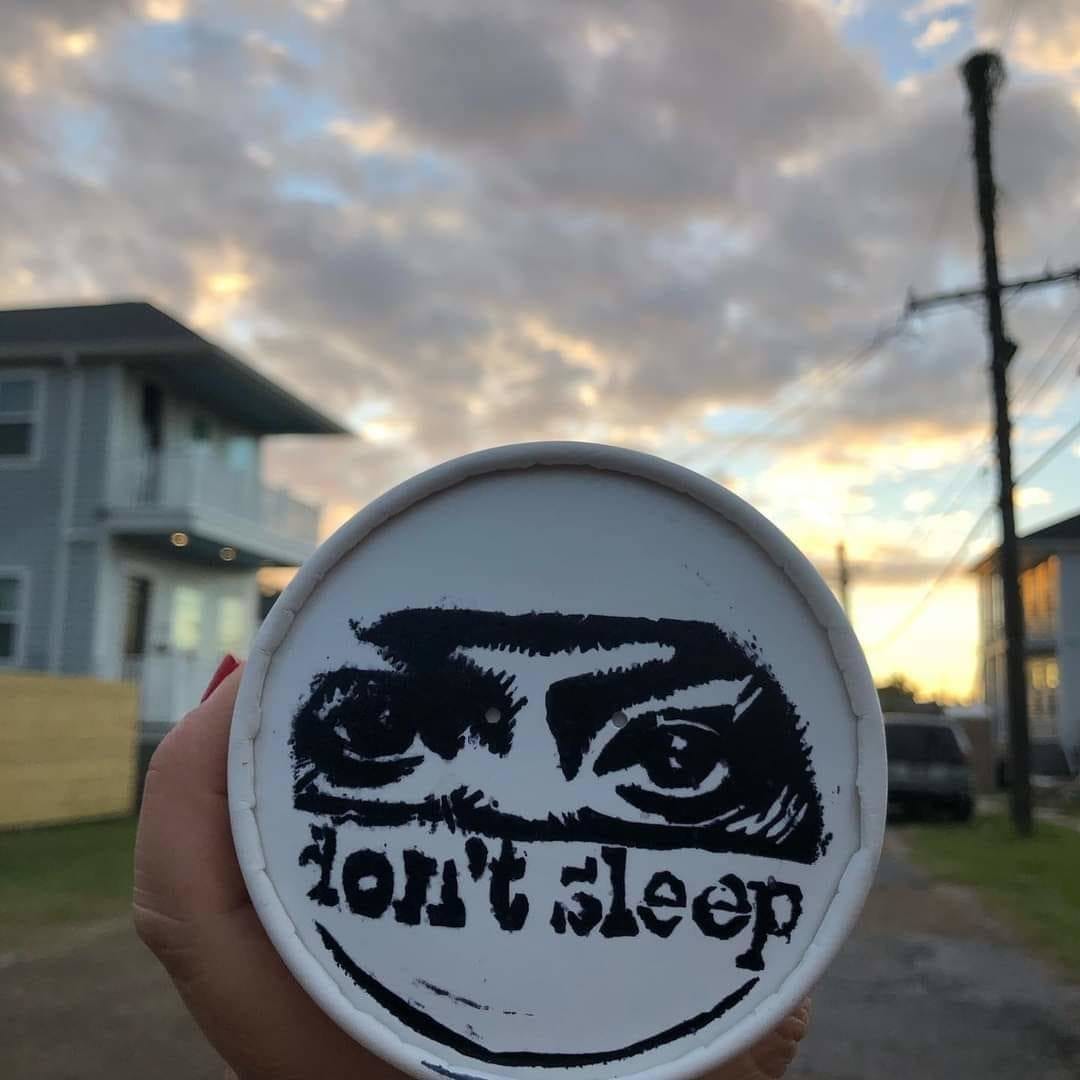 The ice cream is in high demand — first come, first served and no holds. As Broady frequently says, “Don’t sleep” (and turn on group notifications for best results). If you miss out on a drop, don’t worry. Broady is always mixing up more cool concoctions for people to try and he’s happy to share with his neighbors.