Hop on over to one of these brew events. There’s sure to be something to please everyone!

Five years ago, the Louisiana Legislature designated the last full week of September as “Louisiana Craft Brewers Week” in order to honor and showcase the work and commerce of the state’s breweries.

Back then, New Orleans only had one brewery (and two brewpubs). Now, our 10th brewery, Miel, is poised to open its doors in mid-October. That’s something to celebrate, no matter what neighborhood you’re in, what kind of beer you like or what sort of vibe you’re looking for.

The week kicked off on Monday, September 24, but the good stuff is happening over the weekend. To wit:

…head over to the Freret Beer Room, the beer-focused restaurant on the Freret corridor. On Thursday, they are hosting several special beers from NOLA Brewing and offering pairing suggestions. Funky/sour beer lovers will dig on NOLA’s new Curved Space Thyme sour saison with Galaxy hops and thyme herb, to pair with grilled lamb sausage, with eggplant puree and a cucumber salad. Or if you’re more hophead inclined, try the Runaway Gem New England-style double IPA with crispy braised pork belly with blistered shishitos, braised field peas, and sweet pepper relish. There are other sour and hoppy pairing offerings as well. Check out freretbeerrom.com for more details.

Also on Thursday night, head on over to one of the main driving forces to support local beer in New Orleans, the Avenue Pub. They’ll be featuring Shreveport brewery Great Raft and pouring several specialty beers brewed especially for LaCBW, including – if you’re feeling adventurous for a curiously refreshing but complex thirst-quencher – a special batch of Oceans Between Us IPA with brettanomyces, dry-hopped with Mosaic hops, and aged on apricots and blood oranges. This is a low-key, chill event – all beers are served a la carte, so it’s not like a formal event, and it’s a great way to sample not only Great Raft beers, but other Louisiana brews that are sure to be on tap there. Get more information here. 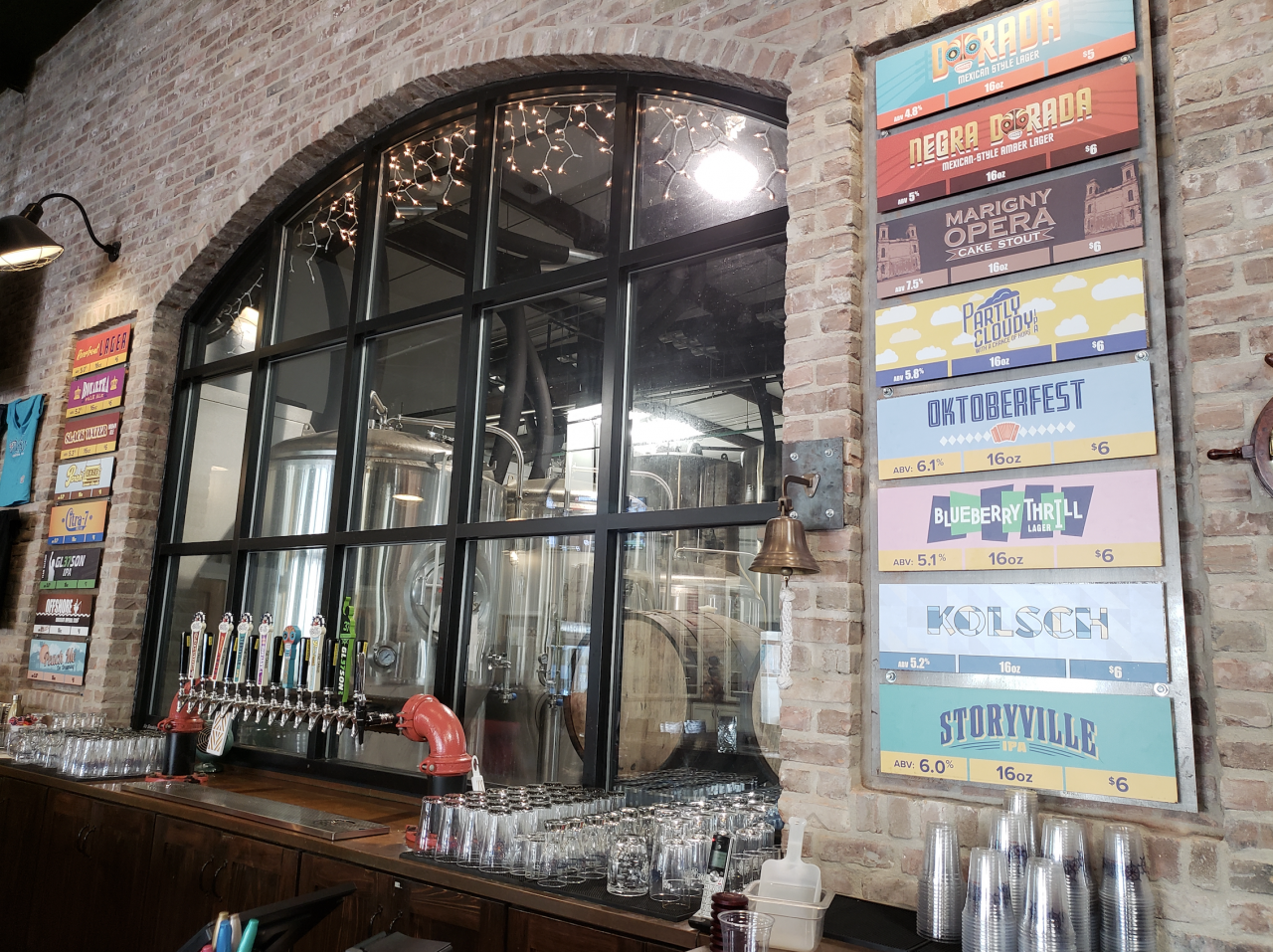 If you’re looking for some live music with your beer…

…check out Egg Yolk Jubilee on Friday and the Second Hand Street Band on Saturday at Second Line Brewing, which is celebrating its third anniversary during LaCBW (what fortuitous timing!) with a two-day long party. If you are into boozy, smooth, and sweet beers, you have to pick up a bottle of the newly released Sweet Reverence Imperial Stout. If you like things more boozy and bitter (like I like my men AMIRITE?) Saturday will bring the bottle release of Alryte, Alryte, Alryte Imperial Rya IPA. Get all the details here.

**This is the big day of celebrating New Orleans and Louisiana beer, so plan wisely.

For day drinking a wide variety of Louisiana beers, check out Craft Beer Cellars between 1-3 p.m. to try brews from Great Raft, Port Orleans, Second Line, Urban South, and Wayward Owl. Plus, you can immediately buy your faves to take home.

For putting a beer-y spin on brunch, check out Port Orleans’ Coffee Break brunch & brews beer release. From 11 a.m. to 3 p.m., check out the brewery’s newest beer, a coffee stout brewed with French Truck coffee. If stouts aren’t your thing, there are several beer brunch cocktails, the most intriguing of which has to be the beer bellini/mimosa mashup made with Peach Me, I’m Dreaming and orange juice. They’ll be serving those alongside southern brunch fare like chicken & waffles, shrimp & grits, biscuits & gravy and French Truck mocha French toast. Get all the beer brunch details here.

For an all-day blowout affair, park yourself at Urban South starting at 11 a.m. for their Fall Fest. A little bit of Oktoberfest, a little bit of a rare beer release party, this event will have two beer pouring stations (for shorter lines), food trucks (Gulf Coast Crawfish Co, Afrodesiac, and Tacocat,) live music (Bogue Chitto at 11:30 a.m. to 2:30 p.m., and Hallelujah Hat Rack from 3 p.m. to 7 p.m.,) and… a bounce house. Check out their new small batch Tropical Reflections IPA, which is brewed with mango, but it isn’t sweet or fruity. It just blends in with the flavorful hops they’re using. If you’re more into tart and crisp (and lower ABV), try one of the three Berliner Weiss beers that Urban South is serving. People who dig on radlers or shandies will love those. Bounce on over here for all the dets.

For a rager by the river, check out NOLA Brewing’s annual LaCBW closeout event Pour Decisions. This has been NOLA Brewing’s signature since the week was established in 2013, and it’s a great time. The taps are entirely small batch, taproom-only beers. You get your choice of 22 different experimental beers, something for every palate. If you like pina coladas (and getting caught in the rain), try the Pineapple Coconut Saison OR Bad Decision Lemur IPA with pineapple and coconut. If you love breakfast and lagers, then the Breakfast Before Dawn (a Munich dunkel lager brewed with cinnamon and maple syrup) is for you. Find out more about these raging brewfest.

Not able to make it to one of these events, but still want to celebrate?

Check out the the Louisiana Brewers Guild collaboration beer made by dozens of local brewers working together at the granddaddy of Louisiana brewing, Abita Beer. It’s a double IPA brewed with pale malt, wheat, and oats, and Calypso, Lemondrop, Citra, Centennial and Amarillo hops. You should be able to find it on the shelves at your grocery store right now.

Or just go raise a glass at one of our New Orleans breweries or reatailers – this week and any other week. 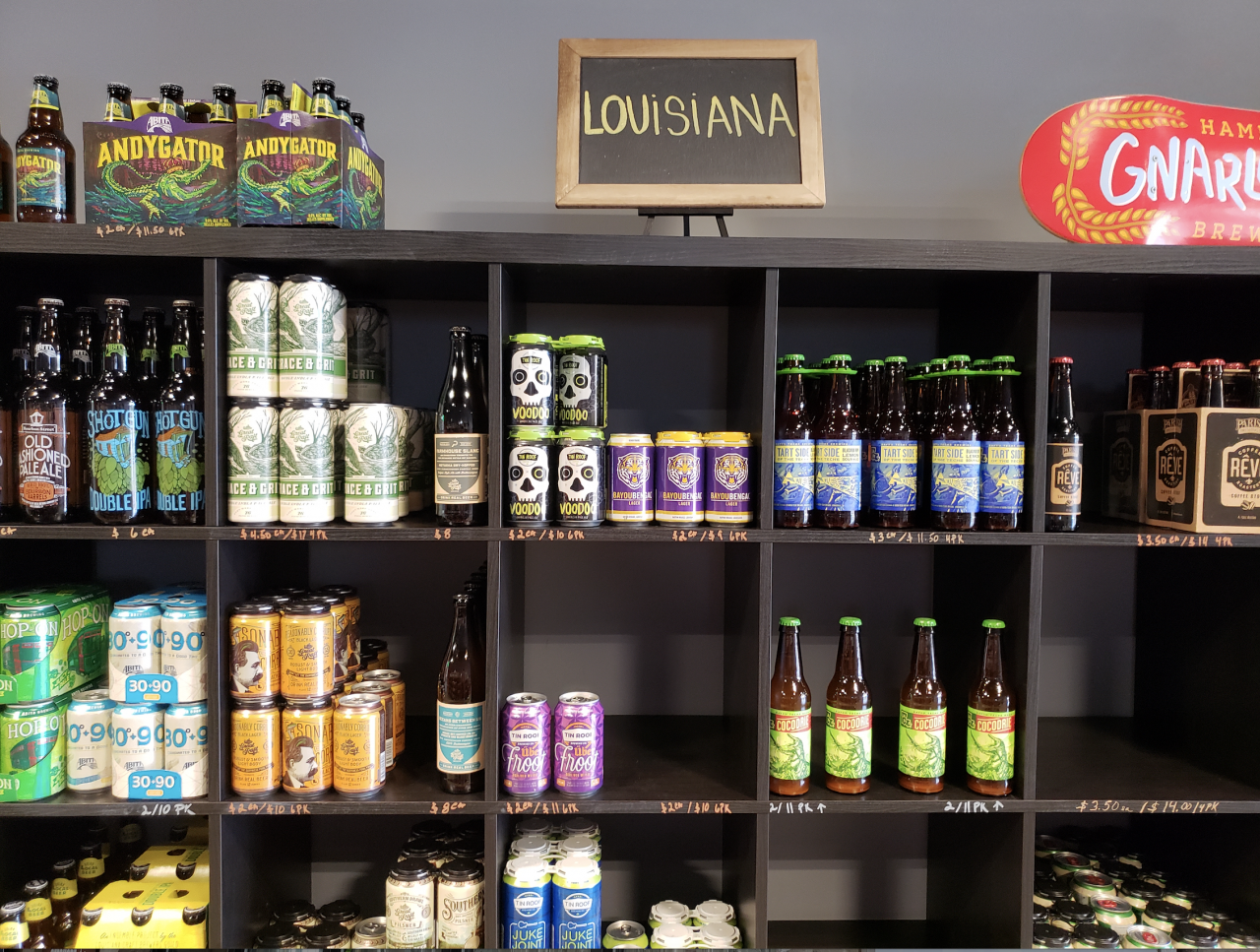