As the weather gets colder in New Orleans, the city’s bartenders are bringing out their warmer potions. Cold snaps can leave some of us craving cocktails with a bit of heat – and spiced up with festive ingredients like nutmeg and cinnamon. With this in mind, we asked local bartenders to share some of their favorite winter-time drink recipes. In response, they told us how to make a range of cozy cocktails, from tried-and-true recipes for classics like Hot Buttered Rum to their own creative takes on favorites like the Hot Toddy.

For a complex, wildly botanical twist on the hot toddy, Compère Lapin bartenders Joey Laura and Casey Jo Holman began with a seasonal Scottish gin and then tapped several French and Eastern European spirits to accentuate various flavors in the gin.

“We wanted to make a toddy that was more spirit-forward, less acidic and not as sweet,” Laura said.

He and Holman began their concoction with Edinburgh Christmas Gin, a festive liquor made with frankincense, myrrh and holiday spices like cinnamon and nutmeg.

The gin provided a lot of flavors to play off of, Laura said, inspiring the bartenders to add two French herbal liqueurs — Dolin Génépy le Chamois and yellow Chartreuse, the génépy to highlight the juniper flavors in the gin and the yellow Chartreuse to accentuate the frankincense.

Then there’s the Becherovka, an herbal Czech liqueur that “smells just like Christmas,” Laura said.

The spirit’s prominent ginger, cinnamon and clove highlights those spices in the gin, he said.

As for the green tea syrup, Laura said the bartenders chose that as a sweetener because it works well with the drink’s earthy flavors. 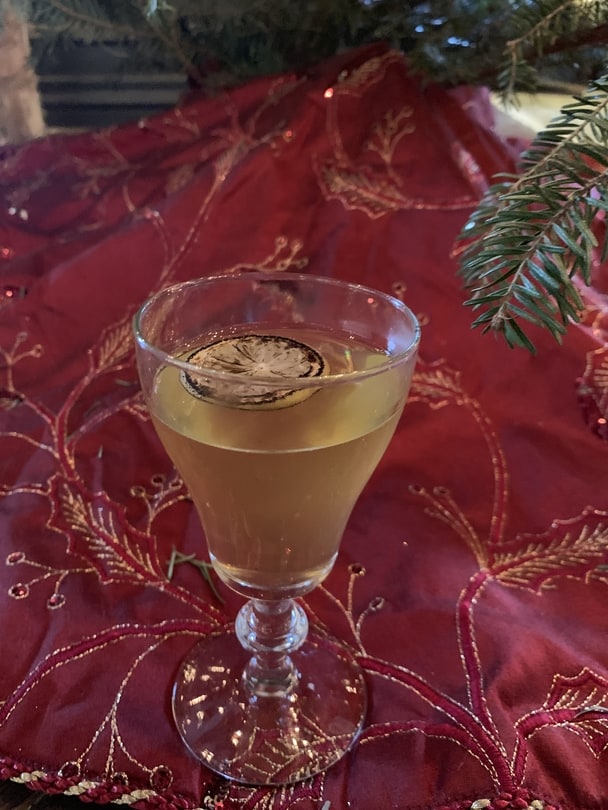 Hot chocolate gets a rich touch of butterscotch in Luis Zepeda’s flavorful version of this beloved seasonal drink.

Zepeda, general manager and head bartender of The Domino, said he came up with the recipe on a cold night, when his girlfriend really wanted to watch Christmas movies while sipping some boozy hot chocolate.

Zepeda found a recipe online but then tweaked it to create some next-level hot cocoa.

“It’s the most complicated hot chocolate I’ve ever made,” he said. “It’s playful but grown-up because of the booze.”

His recipe calls for Dutch-process cocoa powder — a process that helps neutralize the acidity in cocoa for a smoother, less bitter taste– and semi-sweet baking chocolate. Zepeda added butterscotch schnapps to the mix.

“The butterscotch adds a nice flavor to it,” he said, noting the drink has a low ABV (Alcohol By Volume) level, making the drink a nice way to unwind. “There’s a lot of flavor without a lot of alcohol.” 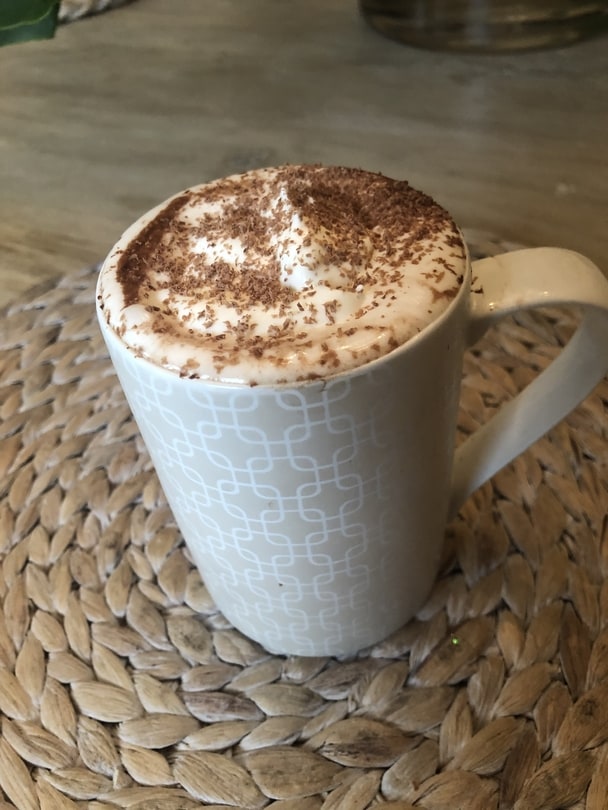 When reaching for winter cocktail recipes, Daniel Victory goes straight for warm, cozy and maybe even healing.
Victory, who owns Victory bar, describes his go-to Hot Buttered Rum recipe as a mixture that says “come on in, relax” when the air turns chilly.

“I think it’s about the whole experience,” he said.

The recipe is well-tested: he’s used it for over two decades, since his bartending days at The Fairmont (now The Roosevelt). Victory’s other standard hot drink incorporates a spirit he adores: green Chartreuse.

“Chartreuse is very near and dear to my heart,” he said.

His obsession with the herbal French liqueur led him to substitute Chartreuse for bourbon in a classic Hot Toddy recipe.

He said he recommends the Chartreuse Toddy to patrons who are feeling a bit under the weather, calling the cocktail his “get-well drink.” 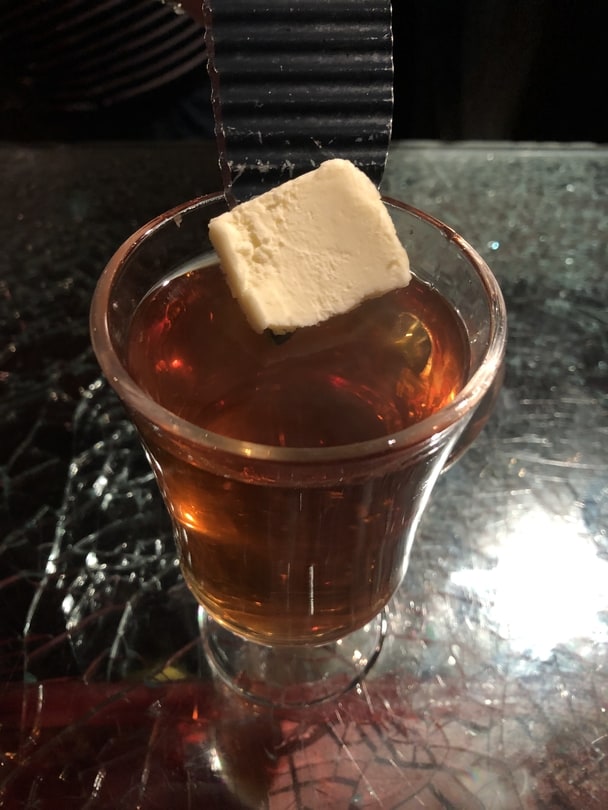 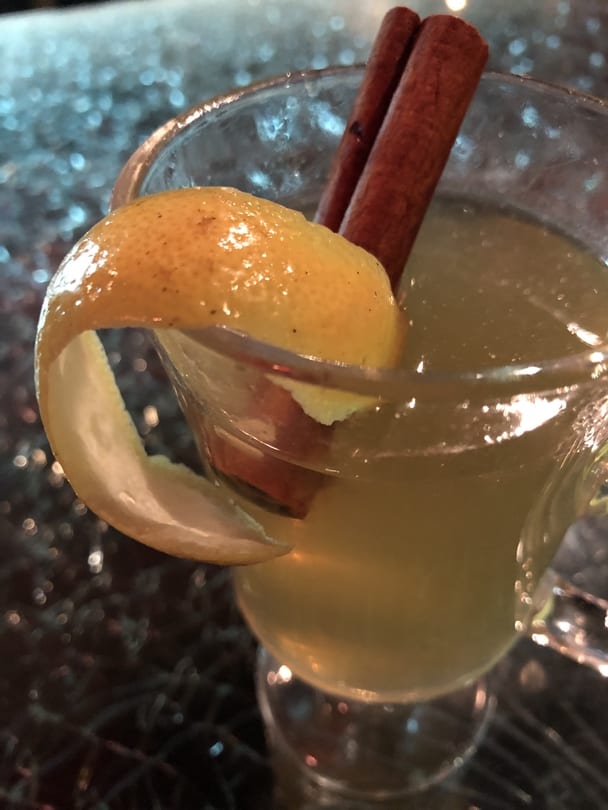 For Noelle Wilcox, a good holiday drink not only pleases the taste buds, but can permeate the whole atmosphere, filling a space with the smell of warm, festive spices.

Wilcox, who bartends at Sylvain and The Rusty Nail, shared a toddy with mulled wine and mulled cider flavors, which she created last year’s winter menu at Paladar 511.

To make the drink, she combines apple brandy with Dornfelder, a sweet and dry German red wine — and adds juice from locally grown oranges. She then brightens up the orange flavors with a bit of lemon.

Then there’s the baking spices and cinnamon.

“It’s just super warm and comforting.” “It’s with all your favorite winter flavors.”

The recipe calls for making cinnamon simple syrup, a process that adds to the holiday vibe. “Who doesn’t want their kitchen or home smelling like cinnamon in the winter?” Wilcox asked.

Pho Noi Viet’s small red storefront on Magazine Street is a warm and welcoming place. The Vu family makes sure of that. Whether it’s classics or something special, you can...