Even though it “Ain’t Dere No More,” many fondly remember the huge sign on the corner storefront.

New Orleanians are fiercely loyal not only to the Saints but also to their favorite food spots. Everyone seems to have a particular po’boy shop where the flavor is always right, a daiquiri shop where the drinks are always strong, a snowball stand with the softest ice, and a crawfish corner store where spice just hits a little different. Along with this list of places where we pledge our gastronomic allegiances, many New Orleanians are deeply devoted to their bakery, especially during king cake season. If you grew up in Gentilly, your spot was likely Lawrence’s Bakery, located on the corner of Elysian Fields and Fillmore. This legendary and beloved bakery started with a butcher who would eventually scheme, dodge death, hustle and work his way up to becoming known throughout the Greater New Orleans area as “Mr. Wedding Cake.” 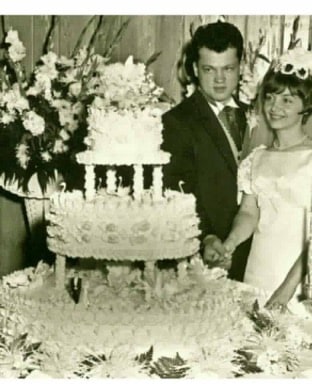 Lawrence Aiavolasiti, Mr. Wedding Cake himself, was born in New Orleans to two Sicilian-American immigrants. As a young man, he started working as a butcher in a grocery store, but soon left that job to work for Dixiana Bakery, a large French bread distributor during that time. Aiavolasiti operated a small fleet of trucks that would make deliveries of fresh bread to almost all of the bakeries in the French Quarter. One day, while making his usual stops, a man tried to steal one of his bread trucks, and when Aiavolasiti gave chase, he was shot in the abdomen. Because of the location of the bullet and the risk involved with surgery, no doctor, except for one intern surgeon, was willing to operate. That against-all-odds operation performed by the inexperienced surgeon undoubtedly saved Aiavolasiti’s life and would lead to a life-long friendship between the two. That same intern would later grow up to become one of the most well-respected surgeons in New Orleans, Dr. John DiLeo.

After narrowly escaping with his life, Aiavolasiti started turning his attention to more ambitious business opportunities, even if his endeavors weren’t exactly ethical. Aiavolasiti had a proposition for the Italian owners with whom he had built a strong rapport while making deliveries for Dixiana. At the same time he was making deliveries for Dixiana, he opened his own bakery on Oak Street, and later on South Rampart, so he started letting each owner know that he could provide a similar quality bread at a cheaper price without customers ever knowing the difference. Before Dixiana Bakery caught on to Aiavolasiti’s plan to secure clients for himself, he already had his bread in nearly all of the stores in the French Quarter.

In 1956, Aiavolasiti decided to move into the Elysian Fields location where he adopted the nickname, “Mr. Wedding Cake” and plastered that title and his portrait across the corner storefront. To this day, when Lawrence’s Bakery is brought up, everyone remembers the sign and the nickname by which he was endearingly referred. However, this grand title was earned for more than just baking and decorating some of the most sought after cakes in the city. Aiavolasiti was known for showing up to the reception and personally cutting the cake for all the guests to enjoy. Before he would show up at an event, he would scoop up his grandson, Larry Frieman, who earned the less glamorous nickname “Napkin Boy” for his job of distributing the slices of cake on napkins.

When I spoke with Frieman, who now serves as an attorney and is currently running for Louisiana House of Representatives, his fond memories reveal the deep adoration he has for grandfather and the special relationship they shared. 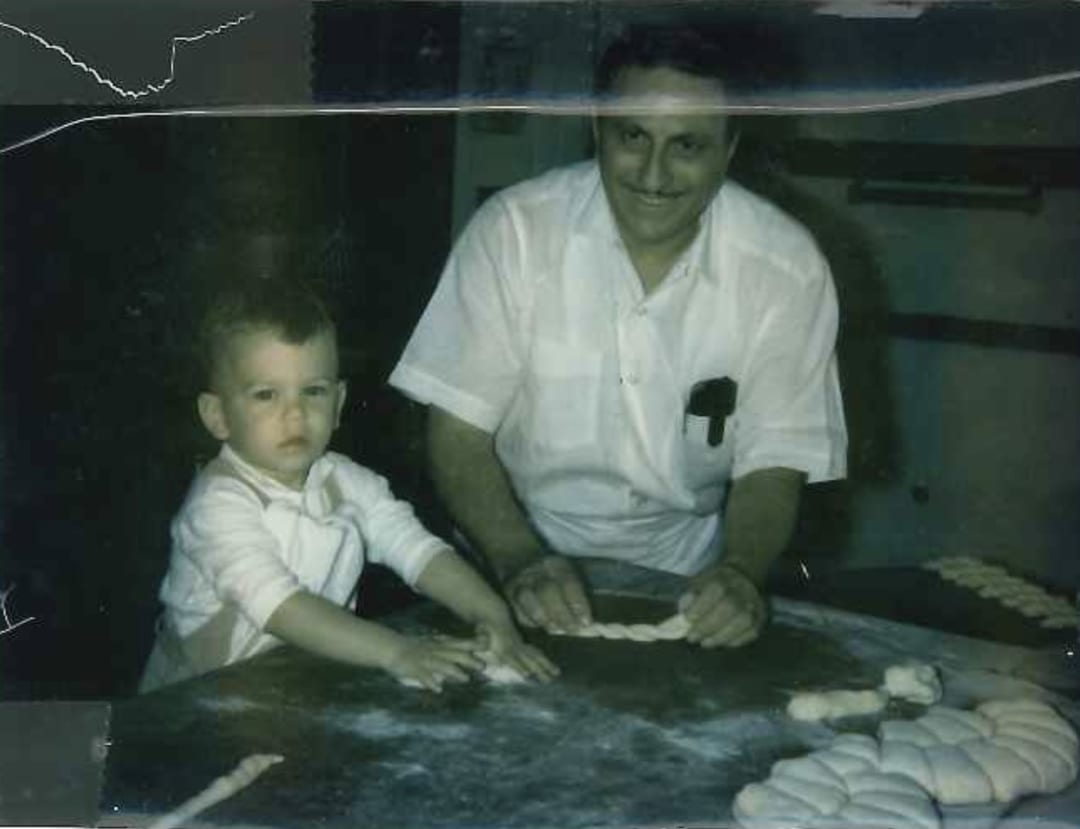 “When I was still in diapers, he would come pick me up, and he would tell my mom to put two diapers on me – the cloth ones they had back then. Then take me all around to wherever he had to go that day, the bakery, his lawyer’s office, out on a delivery, really wherever,” recalled Frieman. After years of being attached to his grandfather’s hip and seeing the entire family help out in the bakery, Frieman got his start working at age 10. Back then, he still needed a boost to see over the counter, but by age 12, he had worked his way up to decorating cakes, helping out wherever he was needed, and gaining his grandfather’s trust to handle the rush on Sundays as well as during Mardi Gras season.

When we spoke over the phone, it was clear Frieman still remembered the long nights and early mornings prepping for the long lines of people looking to get their hands on Aiavolasiti’s traditional king cake. “It was nothing for us to sell 1,000 to 1,500 king cakes on King’s Day. The whole family would pitch in and make them in the early morning hours before we opened. He wouldn’t sell anything over a day old, so if any were left over, he would donate it to the local children’s homes.”

Frieman loves his grandfather and learned so much from working closely beside him, along with so many other family members throughout the years. Lawrence’s Bakery holds a special place in his heart, but he isn’t the only person who becomes nostalgic when talking about the bakery on the corner. When I inquired about Lawrence’s in a post to the Facebook group, “People who Grew up in Gentilly”, the comments and pictures poured in. Each person had a unique memory about what made Lawrence’s so special. People shared photos of their wedding cake, told stories about how “Mr. Lawrence” showed up to their receptions, how their family got every birthday from his bakery, and how their families would religiously make Sunday trips to the bakery. People discussed their shared love for all of his baked goods, including the red velvet cake, rum cake, fresh donuts on Sunday morning, Doberge squares, chocolate eclairs, sugar cookies, etc.

After 20 years at the Elysian Fields location, Aiavolasiti retired in 1976 and sold the business to his nephew, but after many years, it eventually closed down. Today, the bakery lives on, just not in Lawrence’s family anymore. A new family and bakery, Heavenly Sweets, now operates out of that same location.

This story is part of a two-part series on the history of the bakeries on the corner of Filmore and Elysian Fields avenues. Click here to read Part II – Heavenly Sweets Carries on as the “Everlasting Bakery” in Gentilly.