New Orleans happens to be home to one of the largest Honduran populations in the United States.

If you go to New Orleans, you’re probably looking to slurp up some gumbo or sink your teeth into some fried chicken. If you go to Chicago, your heart is probably set on deep-dish pizza, but in New York, you’ll probably slip into a corner pizza spot and get a thin crust slice dripping in oil. In South Carolina, you’ll probably drench some barbecue sauce on a pulled pork sandwich and then stuff your face. There’s usually a particular food for every region. In Honduras, that food is baleadas. And whether you knew it or not, New Orleans happens to be home to one of the largest Honduran populations in the United States, so there’s a good chance there’s delicious baleada just around the corner from you. 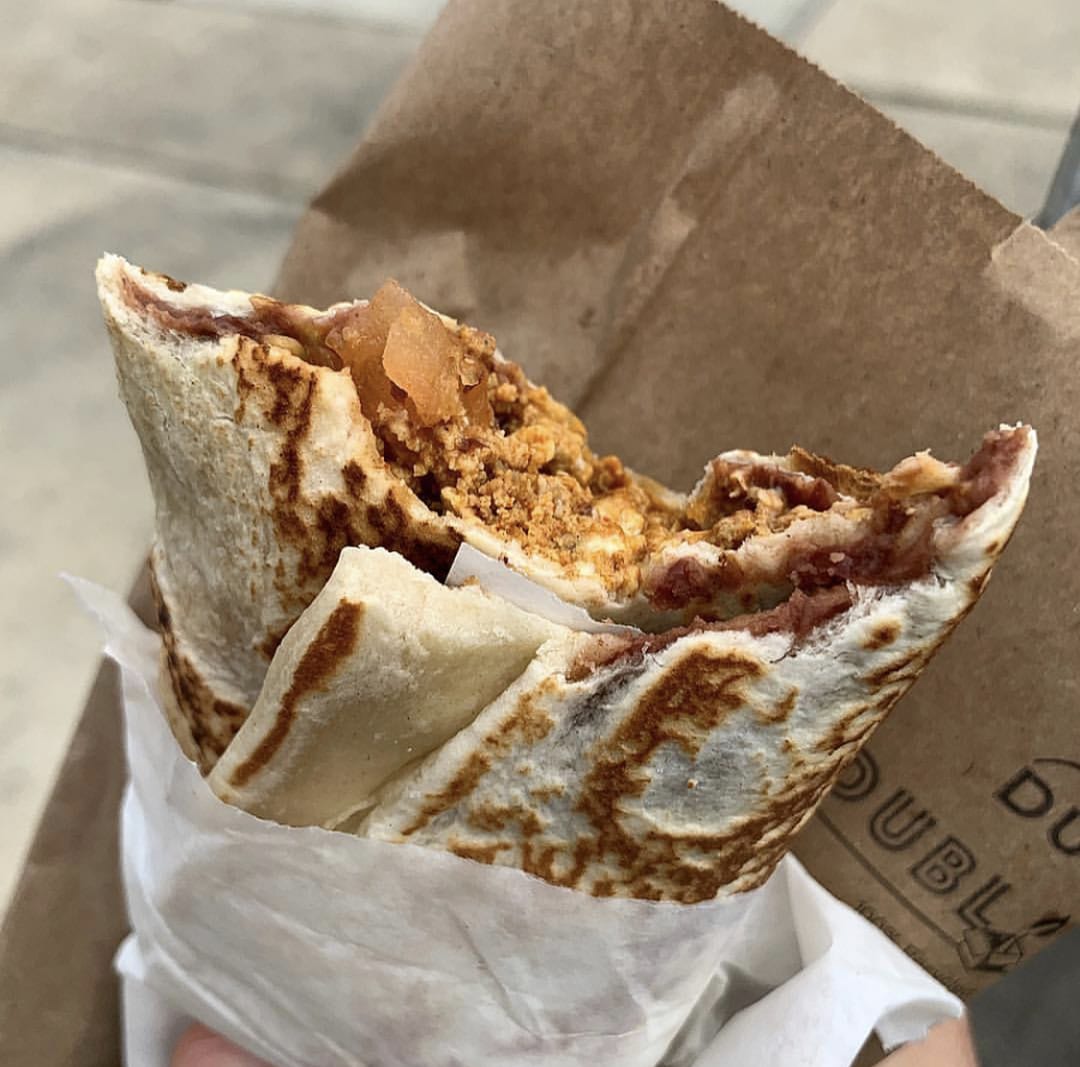 I first discovered baleadas in, of all places, the four walls of my English classroom. Many of my Honduran students in my first period class would walk in with these baleadas and scarf them down before the first bell rang – they knew I didn’t play about eating in class. But then one morning, one of my students made the mistake of trying to sneak in a bite during instruction, and when I caught her, I told her that I’d let her slide if she promised to bring me one next time. She did. I ate it. My life changed.

The following weekend, I ate as many baleadas as my digestive system would allow. If you’ve never tried a baleada, let me first say that I am judging you (kidding but also not kidding) and let me also encourage you to make it a priority to try one. If I had to describe it, I would say it is essentially a larger taco made with a thick, fluffy tortilla (imagine if a tortilla and Naan had a child). Inside the amazing tortilla, there are the standard fillings of smooth refried beans, eggs, cheese, and a Honduran-style sour cream known as Mantequilla. From there, you’re free to add avocados, chorizo (my personal favorite), carne asada, etc. This Honduran staple is traditionally eaten at breakfast, but true love knows no limits, so people enjoy them any time of day. 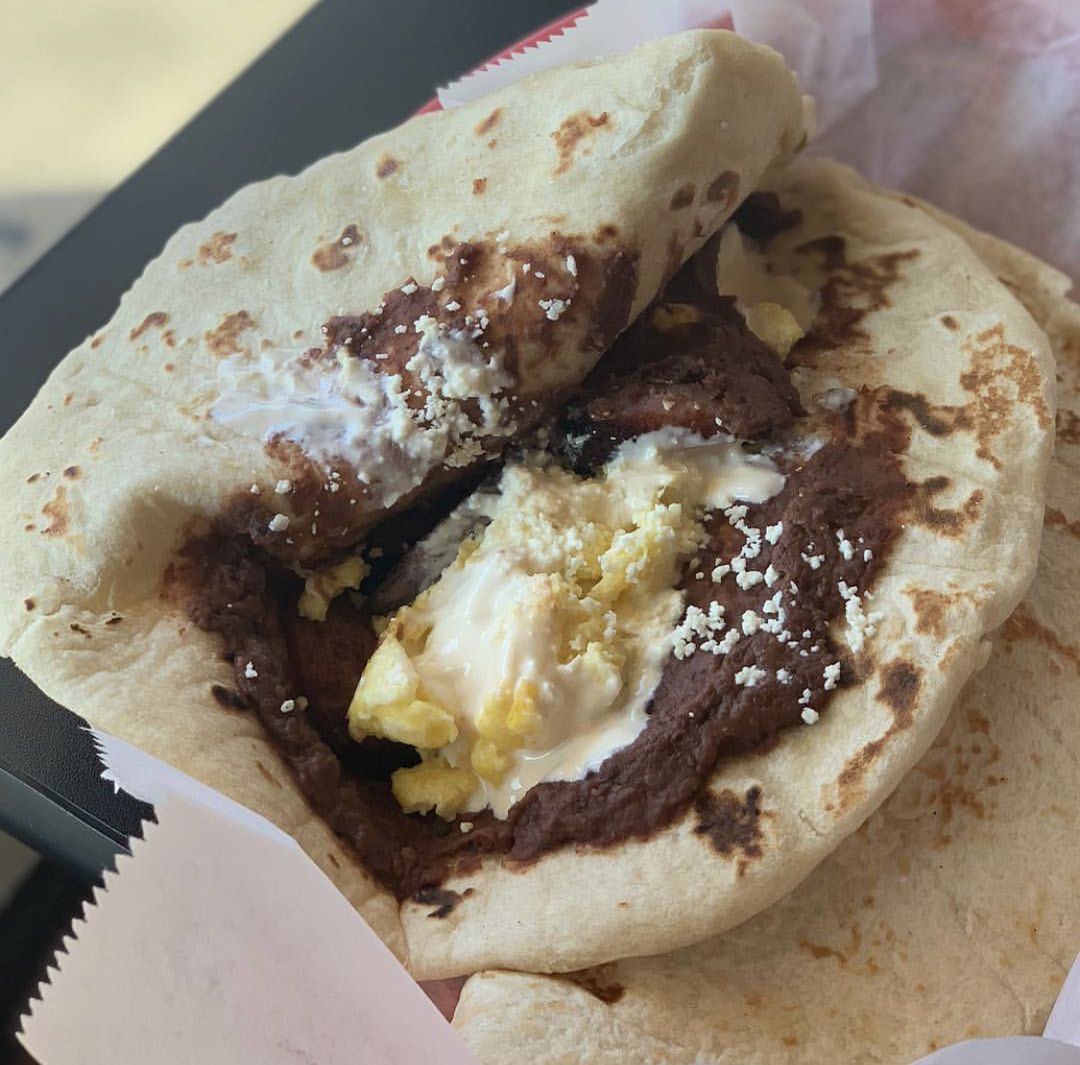 Without much effort, you can find these delicious and beloved baleadas all over New Orleans and the surrounding areas, but my two favorite places to go are Los Catrachos on Tulane Avenue and Mi Pueblito in Kenner. If you go into either of these two establishments around lunchtime, you’ll seldom hear a word of English spoken as a thriving Honduras community meets up to eat their favorite foods with friends, family, and co-workers. The story of how this thriving community came to call New Orleans home began more than a century ago when there were two major fruit companies in New Orleans, the United Fruit Company and the Standard Fruit Company. These companies both set up business in New Orleans and would import bananas from Honduras, specifically the town of La Ceiba, a coastal city with banana plantations and a critical seaport. Banana imports were such an integral part of the New Orleans, that if you were to visit the city in the 1940s, travel brochures listed Thalia Street Wharf, where the United Fruit unloaded more than 23,000,000 banana stems per year, as one of the main tourist attractions.

By the mid-20 century, anywhere from 20%-25% of all bananas in the United States came through the New Orleans ports. As the economic relationship between New Orleans and Honduras fortified, more and more Honduran employees of these two companies began making their homes here in New Orleans. Many Honduran families gravitated toward the Garden District, where the men could take the streetcar to get downtown and their children could go to good Catholic schools in the area. Hondurans were also attracted to the Garden District because the Catholic church, St.Teresa of Avila on Prytania Street, featured (and still features to this day) a statue of the Patron Saint of Honduras, Our Lady of Suyapa.

In the 1960s and ’70s, most of these Honduran communities later relocated to parts of Jefferson Parish, including Kenner, Metairie, and Terrytown, after the two major fruit companies moved away from the city. At that time, North Kenner had such a strong Honduran presence that it was given the nickname “Little Honduras” and “Little La Ceiba.” To this day, Jefferson Parish and New Orleans maintains one of the largest Honduran communities in the United States.

Although both big fruit companies have changed their names (United is now Chiquita and Standard is now Dole) moved away, and the banana wharfs have disappeared from the edge of the Mississippi River, great baleadas and a thriving Honduran community remain an amazing part of this melting pot city.

If you haven’t tried a baleada, go get one. If you have, let us know your favorite place in the comments here.