Mia X, the first female rapper on No Limit Records, teaches next generation of artists

Mia Young is a superhero. Known by most as Mia X, her origin story isn’t rooted in one cataclysmic event, but a lifetime of breaking and remaking the rules and doing the improbable. Born and raised in the 7th Ward of New Orleans, Young was the first woman rapper signed to Master P’s No Limit Records at a time when female emcees were a rarity. Her landmark 1998 album, “Mama Drama,” went double platinum. At the height of her musical career, this wonder woman decided to go full-time Diana Prince so she could focus on raising her family. She is an actress, activist and has used her platform to help the homeless in New Orleans. Young is also a chef, whose sublime “Creole Soul” cooking is legendary. Her memoir and cookbook, “Things My Grandma Told Me, Things My Grandma Showed Me,” is a poignant and bawdy book of wisdom and recipes.

Young is also a cancer survivor who waged a fierce battle against ovarian cancer and won. And now she has a new identity — Professor X — teaching hip-hop in the Loyola University School of Music Industry, a position she was recommended for by none other than Melissa Weber, aka DJ Soul Sister (with a small assist from me, who relayed the message).

“So it was you who told me that DJ Soul Sister had recommended me and from there I was linked with Kate Duncan who runs this music program,” Young laughed.

Young was brought on to bolster the program alongside chief instructor Lovell “U-P” Cooper, and although she has spent a lifetime touring the globe and performing in front of sellout crowds, she was now performing before a whole new audience: college students.

“I taught my children,” Young stated, but never taught in a classroom, adding that she was very nervous about the prospect. And then there was the generational difference. Many of her students didn’t even know who their new professor was.

“Once their parents told them who I was, everything fell into place,” Young said. “Most of these children were born between 1999 and 2002. I wasn’t even making records when they were born. I was finished making records. They did not come up in my era. They did not come up when my music was popular. These children — I call them children because I look at them like my babies — I told them I was their mama the first day I came into class. Even though they are young men, they are definitely babies in this hip-hop game. They are just getting their feet wet.” 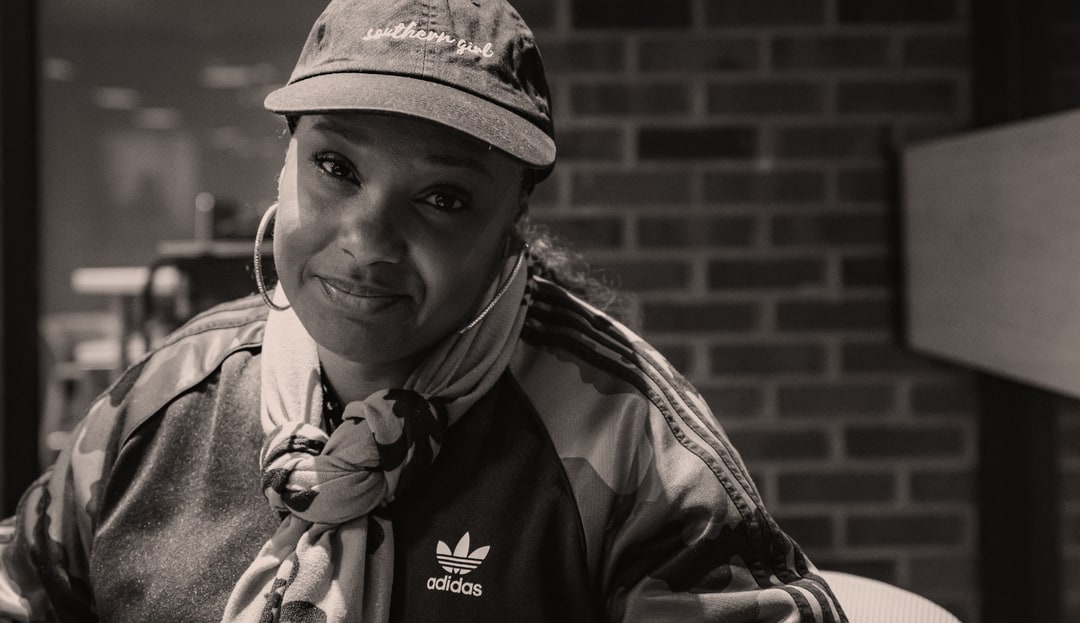 Currently, Young’s class is composed exclusively of male students, a trend that she hopes to change soon.

“Hopefully, next semester I’ll have a bunch of ladies,” she said.

Young also hopes to change how people view hip-hop as a genre and a form, one that is not merely entertainment, but worthy of serious study. While her class is fun, it is also rigorous in the same way jazz and classical music studies are.

Young is also adamant that her students understand the history and cultural aspects of hip-hop, a history that has always been about crossing boundaries, blurring lines, and inclusivity.

“Hip-Hop has always been inclusive, it’s just commercial now,” Young said. “Because when I teach them the culture, you know, you start with the B-boys, the B-boys, they were black, they were white, they were Latino. The break dancers, the graffiti artists, the DJs and the musicians, before the emcee even stepped up and rap was born, it was the B-boys and the DJs and they were all colors. It’s important that the younger generation knows the history of hip-hop so they can see where their place is in it. Hip-hop has always been a genre that was inclusive to anyone who was dope. See, that’s the thing about hip-hop — you can’t be whack or sorry.” 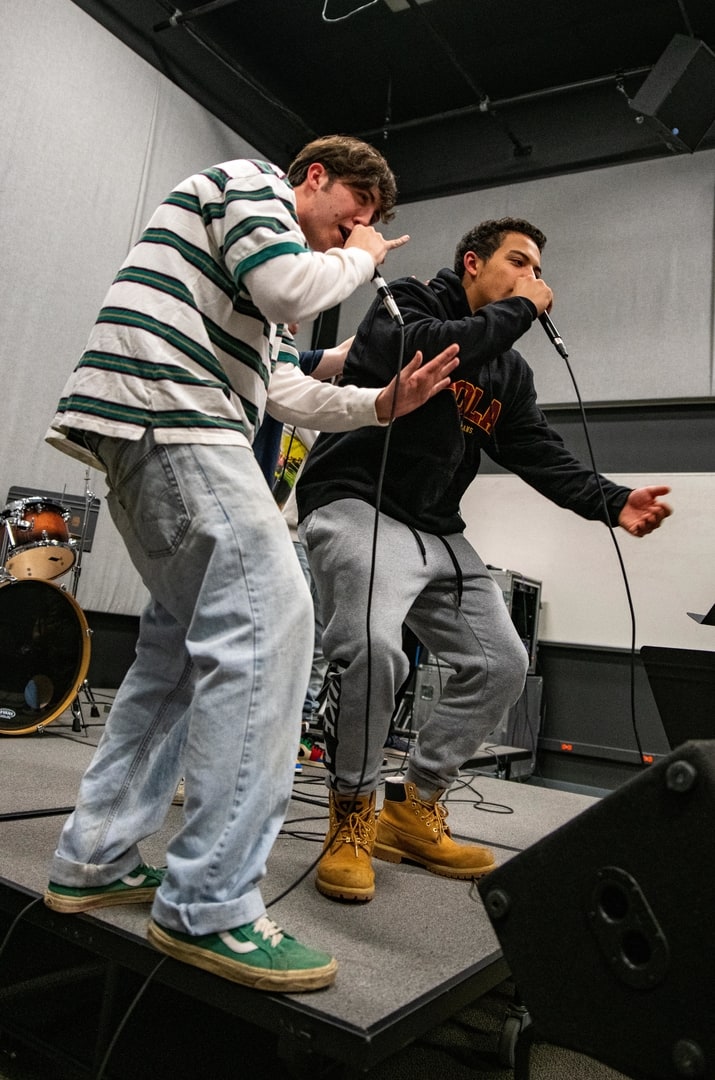 And her students are far from sorry. When I caught up with her class at Loyola, they were enthused at the chance to work with someone who cared about them both personally and professionally.

“She’s a legend in the city. It’s an honor to be taught by her,” enthused Jackson Druss, a student from Brooklyn, New York.

David Byers, from Houston, was impressed by Young’s ability to not only impart musical knowledge but business acumen, as well.

“It’s extremely important, especially in today’s game, being an independent artist, having your independence as an artist, is really the biggest bang for your buck,” Byers said. “So she’s given us a lot of game about touring, about merch, about ways that you can monetize from your music, because nowadays with streaming, you don’t really make as much money on your music anymore, so Mia has just given us a lot of game and brought a lot of great people in to teach us a lot about the business and the ins and outs. From radio to producers to how things work when you’re putting out an album or putting an album together or touring. She gives us a lot of great information about that, which is really what I wanted to get out of the course, specifically with her being our teacher.”

This well-rounded approach to the music business is something that Young takes quite seriously, especially because she realizes that not everyone in her class will end up in front of the mic or behind a mixing console.

And for Young, it’s all love — the culture, the future and New Orleans — as she schools the next generation of emcees and relishes her well-earned moment as a college professor.

“One thing about it, we’re not going nowhere,” Young affirmed. “In New Orleans, we don’t die, we multiply. This culture is gonna get bigger and better. There are more up and coming artists. We’re gonna continue to thrive. But I’m very happy to see this program in college. I never thought I’d see the day. Oh my goodness, I know my mother is so happy right now.”

Where you can catch up with Mia X

Mia’s class will be performing at Tipitina’s on Dec. 5 at Loyola’s Uptown Threauxdown, which will feature the Loyola Music Department.

Mia will also be the celebrity guest rider at the Men & Lady Buckjumpers SA&P Club second line on Nov. 24.

MORE: Mia X on family, how cooking is a creative, healing outlet