Mark Bologna, the voice behind ‘Beyond Bourbon Street’, on what drove him to create a podcast about the city.

Mark Bologna could feel himself getting angry. It was Mardi Gras Day 2013. He had been back in New Orleans for a year, and something wasn’t sitting right. His twin daughters were too young to take to the parade route, so he was watching the national news coverage of Mardi Gras on TV, when it struck him — the ideas people have about his city are all wrong.

“We were watching Mardi Gras Day, and I think we saw CNN,” Bologna recalled. “The typical picture of New Orleans Mardi Gras, in air quotes, of Bourbon Street, and people getting drunk and doing lewd things and begging for beads and showing their chests and all that, and I got really frustrated and thought, that’s not the New Orleans I grew up in.”

The New Orleans Bologna grew up in was far from the French Quarter, and focused on family, food, community and faith. 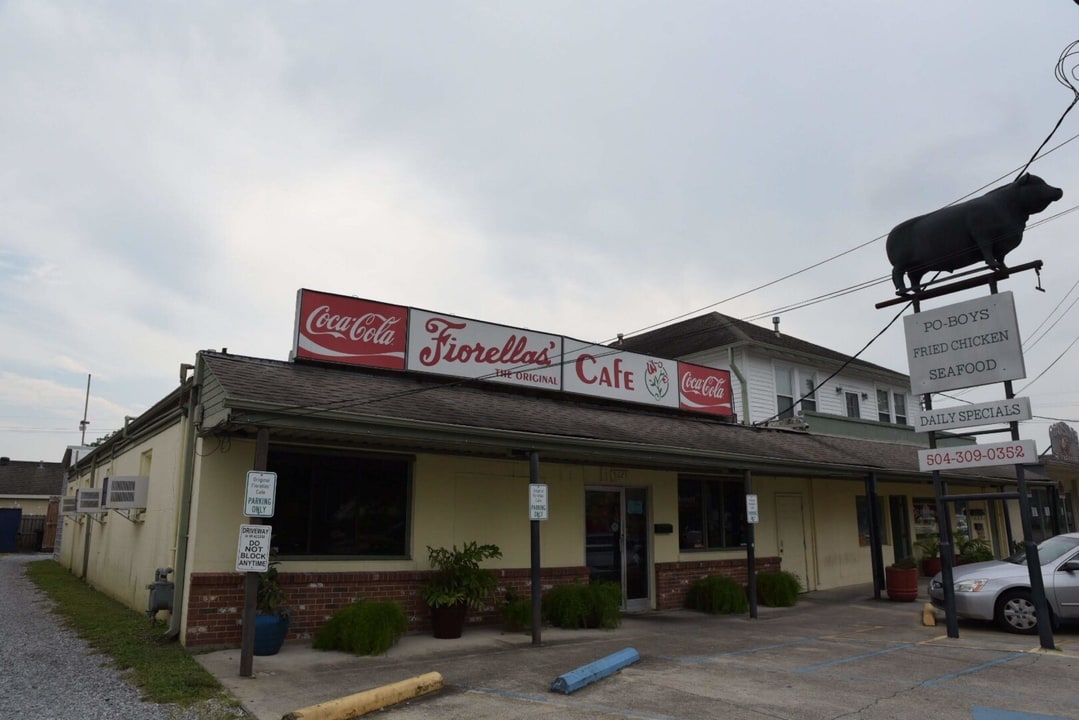 “I grew up in Gentilly, I went to Brother Martin High School, of course,” he said. “The home I grew up in backed the London Avenue Canal on Pratt between Filmore and Robert E. Lee. My family owned Teddy’s Grill, which was a po’boy place on the corner of Franklin and Filmore. My dad was born a block from the restaurant. We all got baptized at St. James right down the street. We all got married right down the street. We lived within 2 miles. It was all very typical New Orleans.”

When the London Avenue Canal was breached on both sides during Hurricane Katrina, and his childhood home and the family business were lost, his New Orleans became anything but typical. Bologna and his wife were living in Northern Virginia at the time and they could do nothing but watch the devastation on TV — it was then that he knew that he had to get home.

“I had moved away for 15 years,” he said. “That day, the day of Katrina, we were closing on a house up there, and that day we decided to move back.”

But it didn’t happen overnight; it took seven years. By January 2012, the Bolognas were back in New Orleans, but it was different. The familiar anchors of his youth were missing, the restaurant he one day hoped to run now defunct. Some people were back, but some never came back. Others were no longer alive. He left with a girlfriend. He returned married with 10-week-old twin daughters. And he also felt a deep responsibility to the city of New Orleans, but he hadn’t yet found the voice to express it.

What he saw on CNN that Mardi Gras infuriated him, but he wasn’t sure what to do about it. He acknowledged that Bourbon Street was one side of New Orleans, but not the essence of the city. In his mind, he was looking for a way to plug people into the city, make deeper connections, and tell the story of real people — newcomers and those born and raised here alike. That’s when his wife had an idea that would galvanize him: a New Orleans-centric podcast.

“I was stewing about what I could do as a side business and my wife said ‘You are so passionate about this (New Orleans), that’s the story you need to figure out a way to tell,’” Bologna recounted.

They discovered that there was a podcast startup conference in Fort Worth, Texas, and Bologna’s wife encouraged him to register and attend. He was already an avid podcast listener, and the format seemed ideal for longer, more thoughtful stories. There was one catch, however, an ultimatum from his wife.

“If we figure out a way to send you, you’ve got to come home with a podcast.”

And he did. In December of 2015, the first episode of his podcast, “Beyond Bourbon Street”, was available for download. In the inaugural episode, Bologna discussed festivals and things to do in New Orleans, that were, unsurprisingly, not on Bourbon Street. The genesis of his early format was simple: He wanted to show people his idea of a good time.

“So in New Orleans essentially everyone has an email, a Google doc, a Word document to answer the question of ‘Hey we’re coming into town this weekend, what should we do?’ The short answer is I turned that into a podcast,” Bologna noted.

But would anyone listen?

“Only my mom,” Bologna laughed as he recalled the early days of the podcast. “I think when you publish an article, when you put an audio file into the world, everyone has that fear, ‘Is anyone going to read it? Is anyone going to listen?’ And with podcasts, most people don’t listen. But pretty quickly it started to grow, and even when it was 10 or 20 downloads a day people were writing to me saying, ‘I love this connection to New Orleans.’”

Soon he went from authoring the shows solo to booking guests, New Orleanians old and new, as the focus began to shift from merely entertainment to a serious look at the culture of New Orleans through the eyes of its people (Full disclosure: I was featured in episode 14, which was recorded at Dooky Chase over fried chicken. I maintain to this day I got the better end of the deal).

Bologna is especially interested in boosting underrepresented voices on Beyond Bourbon Street, recognizing the power of his platform.

“I try to find female entrepreneurs as often as I can,” he said. “I try to find minority entrepreneurs, with an eye towards the culture, and people who often don’t have a voice. I’m raising two little girls and I want them to have plenty of varied examples of strong women from all kinds of backgrounds. So if I have a choice, I will almost always choose the female guest over the male guest.”

His formula is working. Beyond Bourbon Street has 96 episodes, which air biweekly, and has been downloaded just shy of a half-million times. It went from being a hobby to a revenue-generating enterprise with sponsorship. Still, Bologna isn’t convinced of his own success or if he’s found his voice, or if he even likes it.

“So I hate the sound of my voice like most people,” he mused. “But I think finding your voice is a constant. Working on your craft, practicing, feeling like you belong. I feel like this is a place where I can share our city and our culture, and that has helped me gain confidence in my voice.”

What Bologna realizes, though, is that sometimes the strength of your voice is uplifting the voices of others.

Check out “Beyond Bourbon Street” on its website, Apple Podcasts or Spotify.

Pho Noi Viet’s small red storefront on Magazine Street is a warm and welcoming place. The Vu family makes sure of that. Whether it’s classics or something special, you can...