Freedia put on two incredible shows for anyone who wants to know about NOLA Bounce.

I’d be lying if I said that I wasn’t worried that Big Freedia’s two sets at Essence Fest might be uncharacteristically low-key. Going up against a who’s who of R&B talent before a mononym-level superstar took the main stage while promoting a hyper-regional sound is no easy task. It would have been understandable if Freedia ended up playing a subdued set to a handful of people.

I needn’t have worried.  You can’t call yourself a Queen Diva without subjects and Freedia’s charisma always pulls in a crowd. The most recognizable voice in bounce is a pied piper of tooting it up and, wherever she goes, shakers will follow. That’s how she ended up playing to two energetic Superlounge crowds on July 8 to help close out Essence. 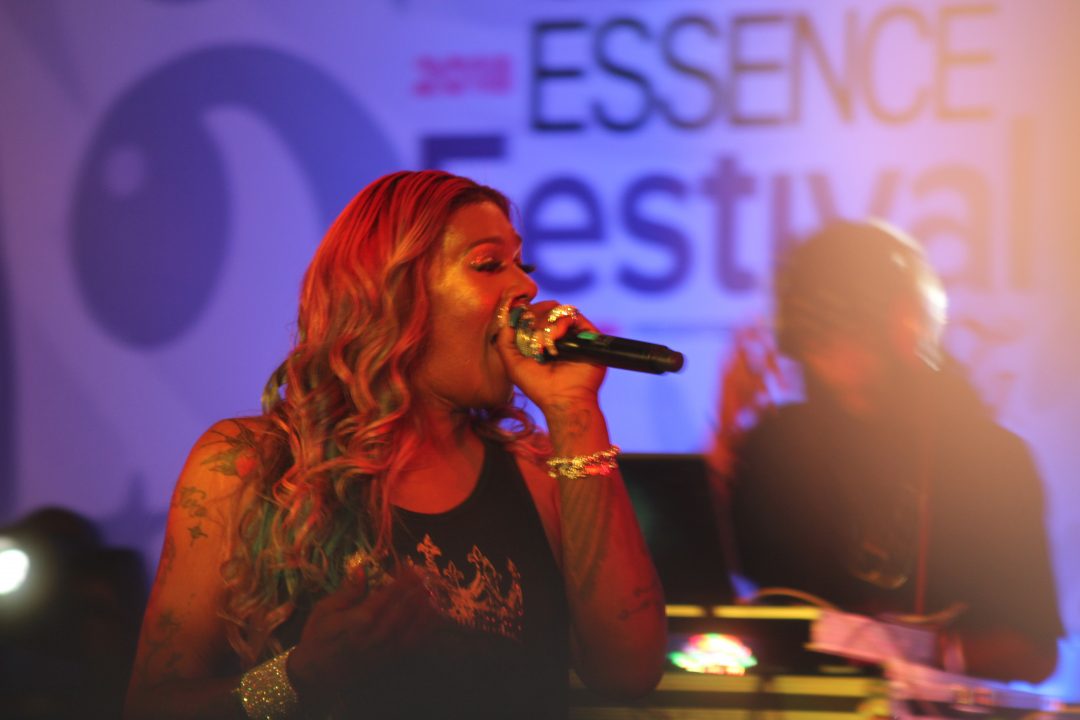 The people in attendance were a mixed bag. In the Queen’s Superlounge, there were New Orleanians who had supported Freedia across her decades-long career and out-of-towners who have gravitated towards Freedia as her star has risen via Beyonce collaborations and party-starters like “Rent.” You could also find people who just really wanted to turn up to “Nice For What.” But they all had one thing in common: they did not come to play with you…well, you know.

Freedia ran through all of her classics, even taking the time to teach the newbies the appropriate responses to her audience-involved tracks. When her shout of “I got that gin in my system!” didn’t get a loud enough declaration from future potential “victims,” Freedia stopped the show to decipher the shout of the locals for anyone who had trouble with the accent.

That’s not surprising. Inviting people into this little thing we have going on in New Orleans is how Freedia got to where she is. As bounce music’s unofficial ambassador, she’s more than game to jump on a track with Drake or explain twerking to the outside world. All that matters is that when she says “Queen,” the crowd says “Diva.”