New Orleans is a city that likes its craft beer. There are at least 29 different beer places in town where you can get craft beer, but one in the Marigny offers a totally different brew experience almost daily.

Robert Bostick, owner of Brieux Carre in the Marigny, talked to us about what makes his brewery unique.

How long have you been here?
“We opened up two years ago on April 1st of 2017. We’d been working out of this property for a year-and-a-half before that. I’ve been working on the concept and opening the place since August of 2014.” 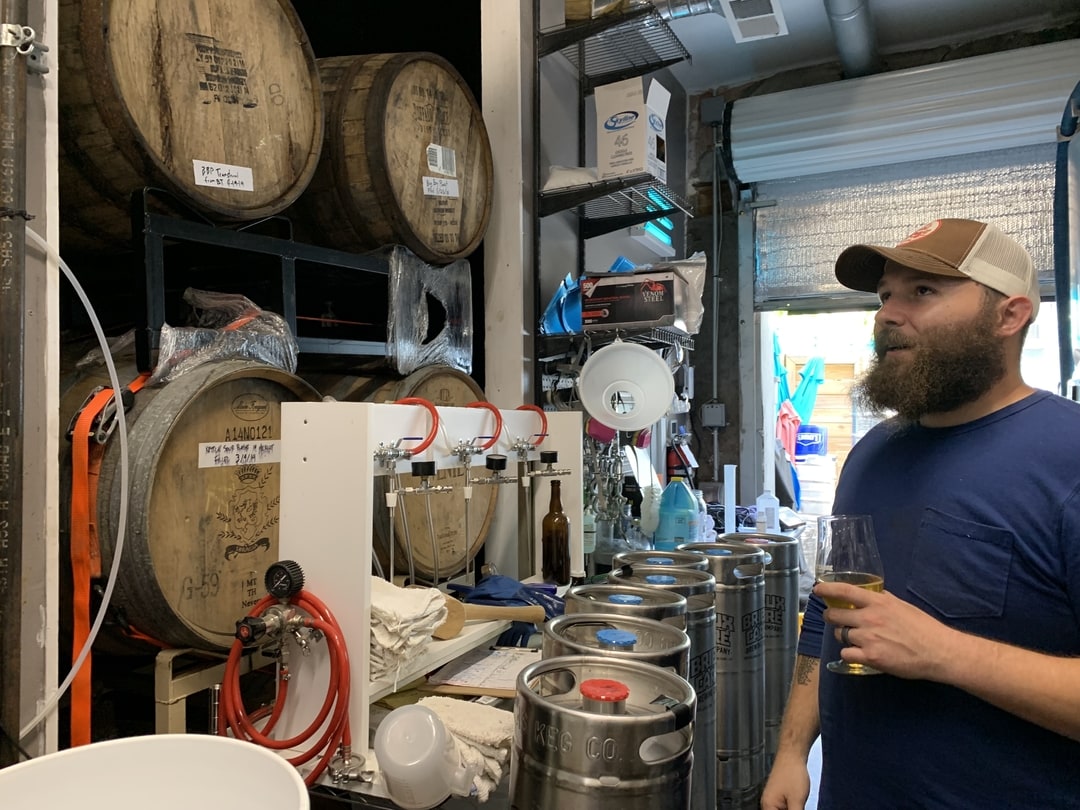 Can you tell me a little about how you came up with the concept?
“So 2014, I had just graduated college a year prior in construction management. I got out of school and worked for several really big general contractors, but I’ve always been a home brewer throughout college. I continuously reinvested in it to where my homebrew system was a little ridiculous for an at-home setup. It was inevitable that it was going to take over whatever house that I lived in. Like I’d have a roommate, and three rooms: me, that roommate, and brewing equipment. So it was something that just kept growing. I’ve always had that entrepreneurial mind and spirit, so brewing was the next obvious thing.

One thing I noticed was that in 2014, that was the first year that tourism revenue in the city also surpassed what it was pre-Katrina, which made it more economically logical for people to open up a small business again down here. You could have opened it up before then but it would have been more of a passion project.”

What makes here different in other breweries in town?
“We are one of the only breweries that doesn’t distribute. You won’t see my beer on shelves, you won’t see it in other bars. Maybe certain festivals, but it’s only festivals for nonprofits. We don’t serve at any for-profit events.” 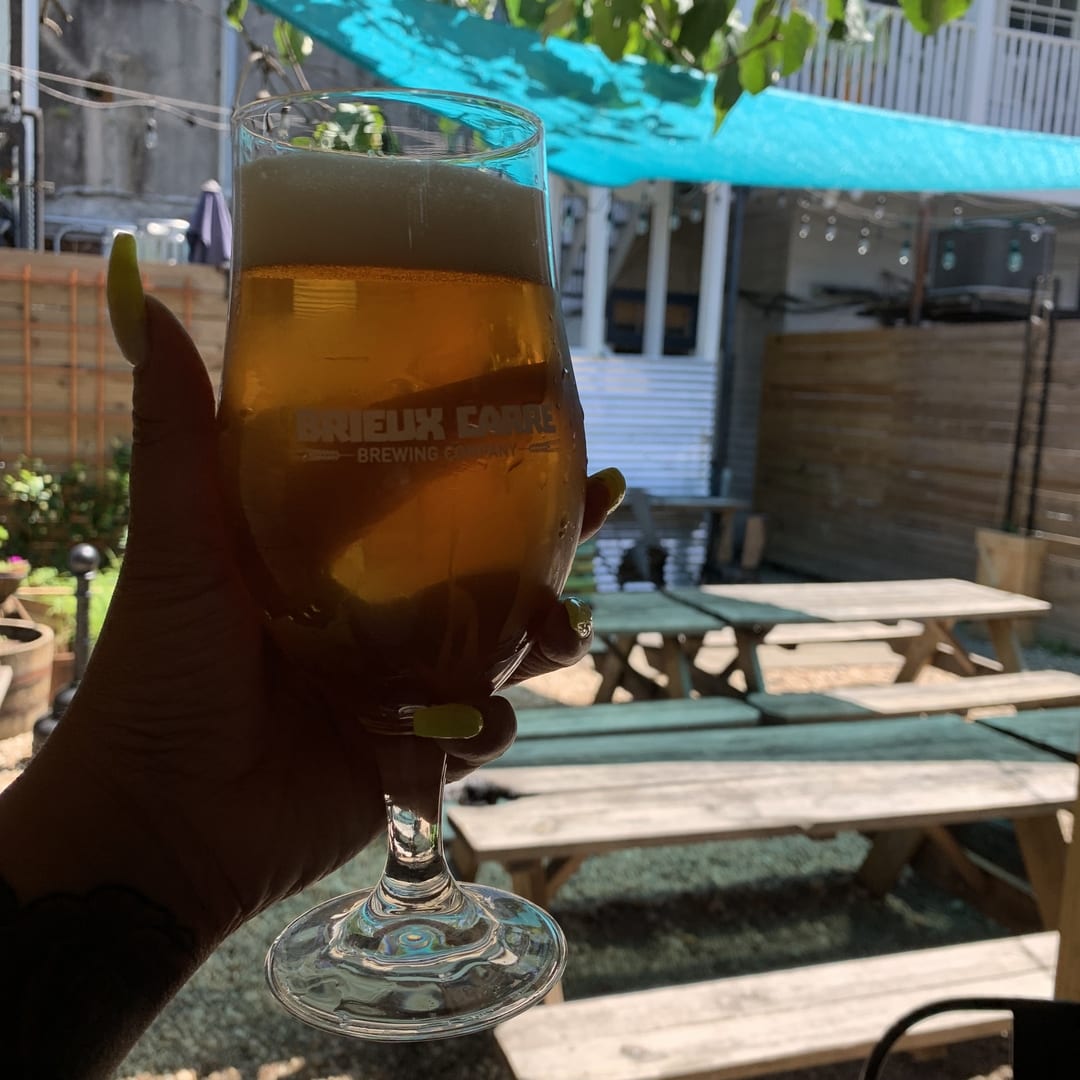 What do you think that your business gives to the Marigny, and in turn, what does the Marigny give to your business?
“So we’re getting to a time where everyone uses the term craft beer. Five years ago, craft beer was, ‘Oh, this guy produces this much, he’s a local, this is craft beer.’ You’re not one of the big beer conglomerates. Now we’re hitting that point where there’s “craft” craft beer. So, breweries can’t survive anymore with opening up and putting a blond ale and a brown ale out. Everybody can do it. So the idea of brewing staple beers, that business model really doesn’t exist anymore unless you have a lot of money backing you up and you can outlive the current trends. The new model is always to be coming up with something different. So being a very avid home brewer for some time, one of the best things is never having to brew what other people want. “We brew whatever we want all the time. We never have to brew the same beer, we’re constantly changing recipes, constantly changing names, that’s something that we do heavily. We release one to two, sometimes three beers a week. Sometimes we bring old beers back, but most of the time, it’s a different beer every week. Every time you come in, its a totally different experience. I think our first two years we’ve done well over 160 different beers.”

Some of the names, do they have local ties?
“Some do, some don’t. One of our biggest, most popular beers that we do is called Pomeranian Fight Club. Most of our beer names come way before the beers are actually brewed. So, I have a Pomeranian, a buddy of mine has a Pomeranian, and a year before we opened, he’s like, ‘Man, when you open, you need to have a beer called Pomeranian Fight Club. So we spent a year developing what kind of beer that would be. We wanted something that looked really pretty but had a little alcohol bite to kick you in the a– because a Pomeranian is so fierce. So, we did this floral brew with three different flowers: lavender, rose hips and hibiscus, then with a spicy Saison yeast and added a little bit of extra malt to give it that kick, so it has a little bit of extra bite behind it. Then we also do some local ties, like for this past parade season. Every year, it becomes more and more of a thing where people are distraught because people riding on floats hit them in the head with beads, so we did a Bead Beamer IPA. We have a whole wall of names that we keep cycling through. Some of them are terrible, some of them are way too crude and we’ll never put them on. So we try to find a balance where it’s like, OK this is funny, we can do this.” 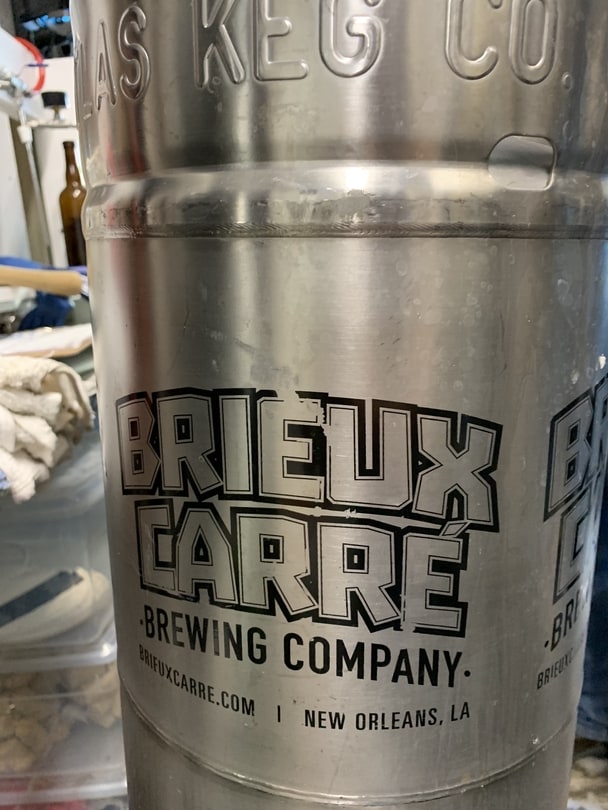 Do you have events here in this space?
“We actually have a lot of wedding parties, we do a lot of rehearsal dinners here. We team up with several local charities too that do events. One coming up in June of every year is Alzheimer’s Awareness Month, so we come up with a beer than releases around the end of June, called Maw Maw’s Brew. We donate the profits from that beer directly to the Alzheimer’s Association. You’ll see us talk about that over the next couple of weeks. We started doing a lot of food pairings, so that keeps popping up. We’ll always do private events where you can buy tickets and a chef will come in and do like a 4-5 course meal paired with one of our beers.”

If someone was on the fence about coming here, what would you tell them to get them to come?
“A lot of places take brewing very seriously. That’s a great thing to do. We take brewing extremely seriously, but some people make it seem like this science that’s beyond any normal person’s knowledge spectrum and it’s really goofy. It’s one of the easier sciences to get ahold of, to get interested in home brewing. You really just get whatever you put into it so you can take it as far as you want. So everyone that works here, its instilled that if you get too serious and acting too smug about the beer we’re brewing, you’re not having fun anymore. So we try to create this environment where you can see all the brewing equipment, it’s right in your face as soon as you walk in. It’s really intimate. Everybody that serves beer here, they have a hand in making the beer. So you walk in and, like, you’re family, you’re buddies and you’re just talking. It’s nothing crazy, there are no dumb questions. Everybody feels really comfortable where they come in and start talking to everybody.

“We get all the questions all the time, like ‘What’s your favorite beer that you brew?’ and we have to tell everybody that they’re all very different. You’re never really on the fence of one or two beers here. They’re all super different. Each time we brew a new style, you’re not going to have four or five beers in the same style. There’s always something different, so it’s easy for us to cater to people to where there’s always something somebody is going to want.”

What do you see for the future?
“We’re working on expanding the current property, so we’ll end up releasing a lot of information on that in the coming months. Other buildings are still out there, so we’ll definitely end up looking for a second space. We won’t really say where it’s going to be at yet. But that’s something else that later this year we’ll start diving into.”

Do you have WiFi in case someone wants to work here during the day?
“We do! We have wifi, we love puppies, all of the new plants that we’ve been putting together, everything is dog-friendly. It’s really neat. You always get the residual sounds of Frenchman Street, even late in the night, so the music going on outside, it’s never really overbearing here, but it’s made to where you get the ambient noise of New Orleans but not the dirty streets and bathrooms. Everybody that works here uses the same bathrooms that the public uses, so we make sure they’re incredibly clean.”