It will be one year on Thursday since Hurricane Maria hit the Puerto Rican shores, making it the worst natural disaster to affect the island. And as we open our homes to residents from the Carolinas that seek refuge from the floods, we are reminded of a time when we, too, were displaced from our homes. A year ago, the New Orleans bar industry welcomed one of its most beloved bartenders with open arms and open hearts. 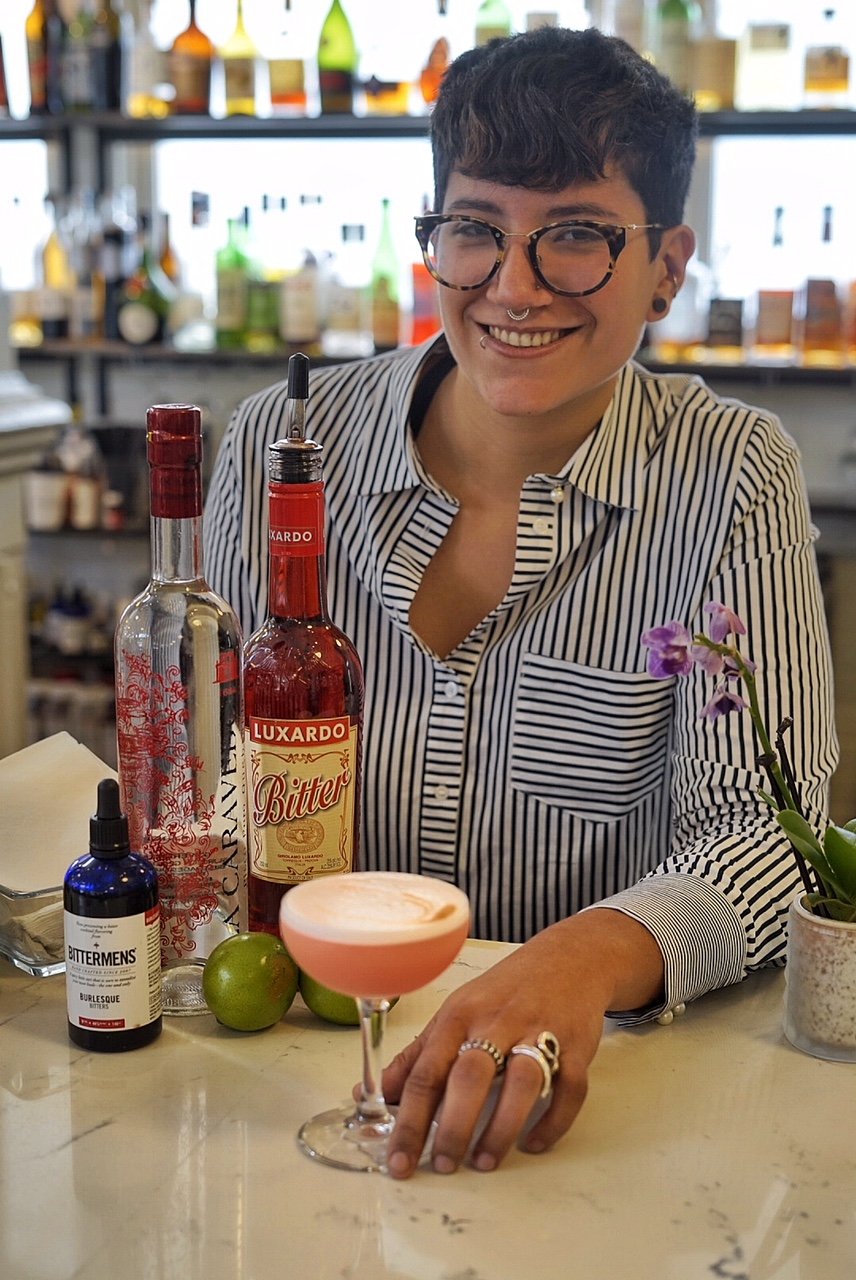 Jillian Désiré Oliveras–the new bar manager at the Mayhaw at the St. Roch– got on the last flight out of the island the night of the storm, thanks to a plane ticket that was bought with money raised by a GoFundMe campaign started by friends she had met at Camp Cane and Tales of The Cocktail.

“The bartending community in general, not limited to New Orleans, is family; there’s no way around it. I don’t think there’s any other industry like it,” she explains.

When she first got here, she survived out of $400 of tips that had been raised at an event at Twelve Mile Limit, the bar where she would end up working.

The months that followed the storm were some of the hardest of her life.

“I would cry every day,” she remembers. “When I went back for my belongings I was staying in a 300-square-foot apartment with two friends. There was no power. We were getting killed by mosquitos.”

Eventually she made the official move back to New Orleans, where she has been thriving as one of the top bartenders in the city. Her strength is her ability to be creative with ingredients, a trait she picked from working in Puerto Rican bars. “You know how they say if you bartend in New Orleans, you can bartend anywhere? Well I feel that’s the actual case in Puerto Rico. There’s a lot of things that we don’t get. For anything to be distributed in PR it has to to go through some stupid laws from colonialism days that say anything coming from Europe has to stop in the U.S. first,” she explains.

She has been using these talents for good causes at the Mayhaw, where we found this delicious tiple in a specialty Southern Decadence cocktail menu, which included drinks from well-known queer bartenders in town.

“I hate waste, so upon realizing that a market vendor was using plenty of chickpeas, but none of the juice, I immediately approached him about taking it off his hands so I could use it in cocktails instead of egg whites.

“Being vegan, and growing up in a very meat-heavy culture, finding options is hard! When it comes to cocktails, people love using eggs, cream, meat fats– things that vegans or people who are lactose intolerant, for example, can’t consume. Aquafaba, chickpea liquid, is a great non-expensive ingredient that works as an excellent substitute for egg whites,” she says. 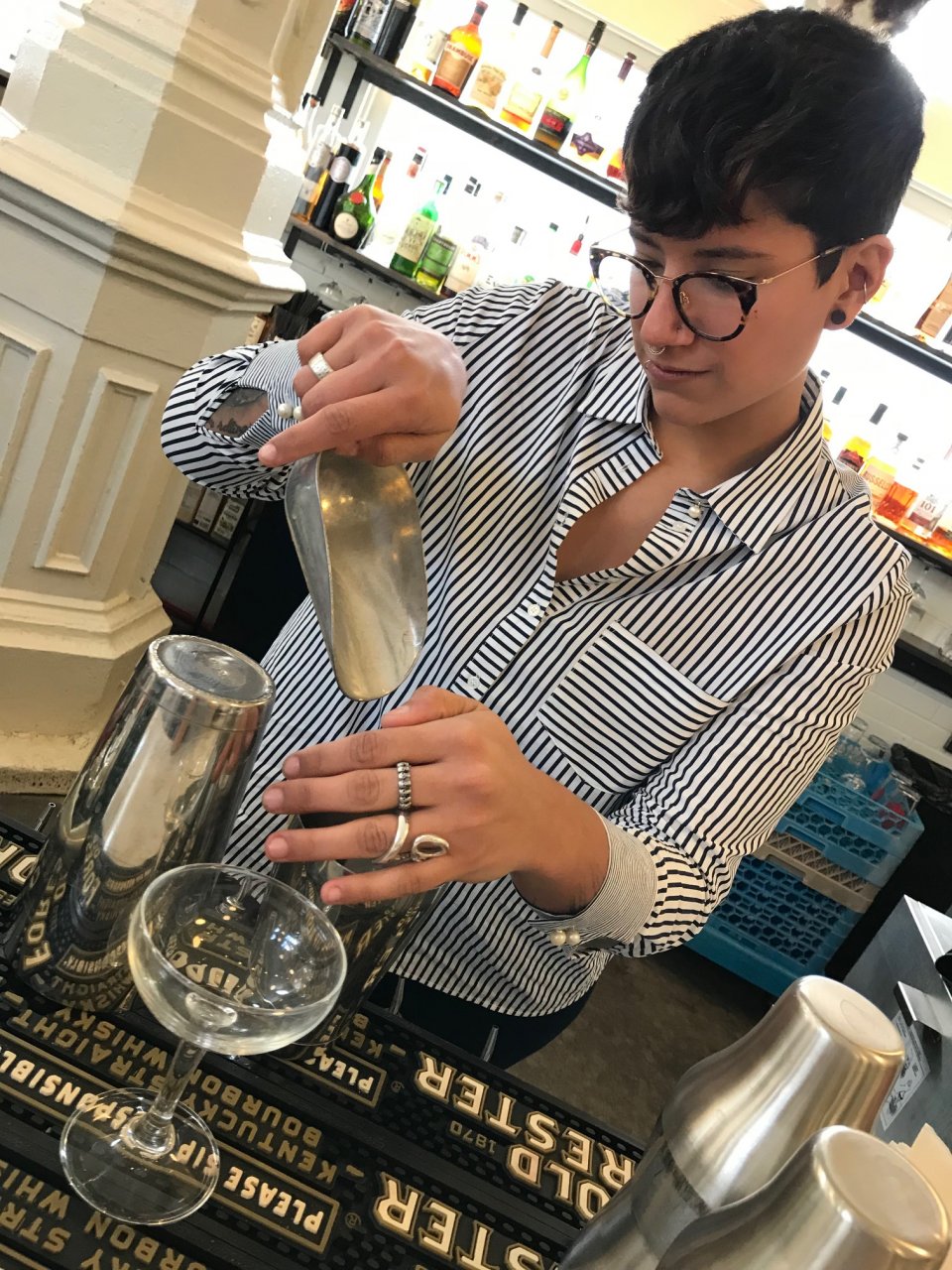 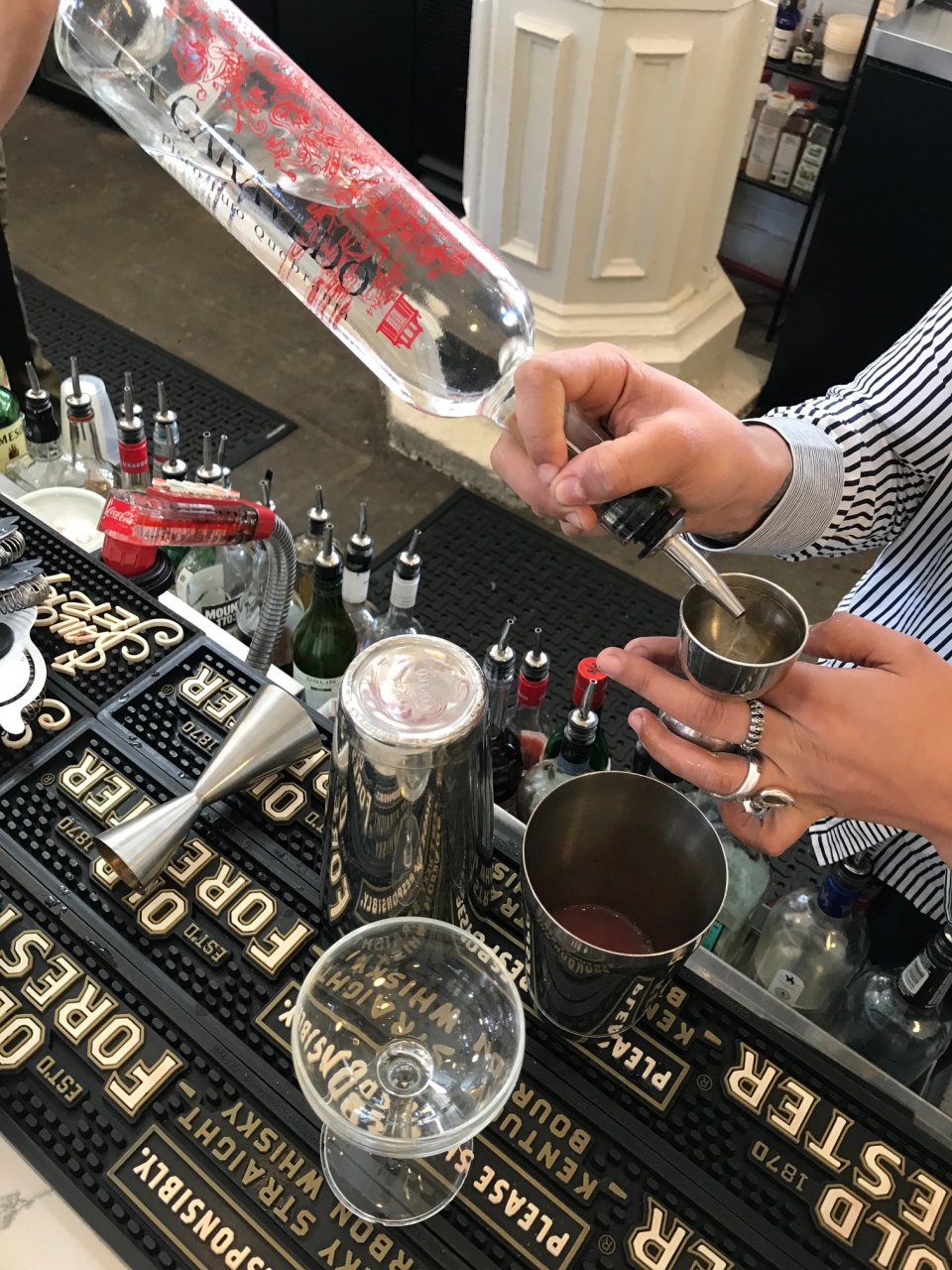 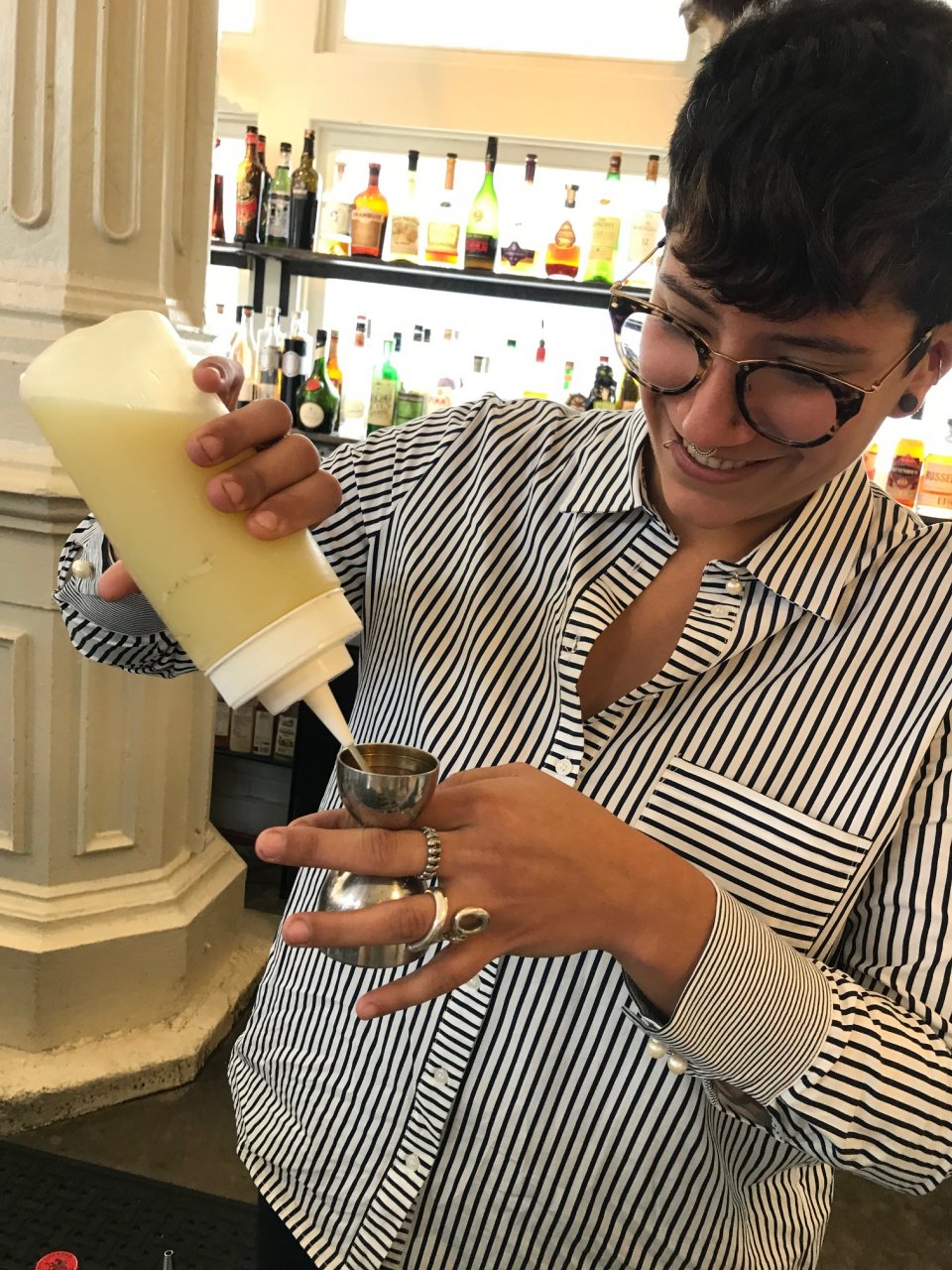 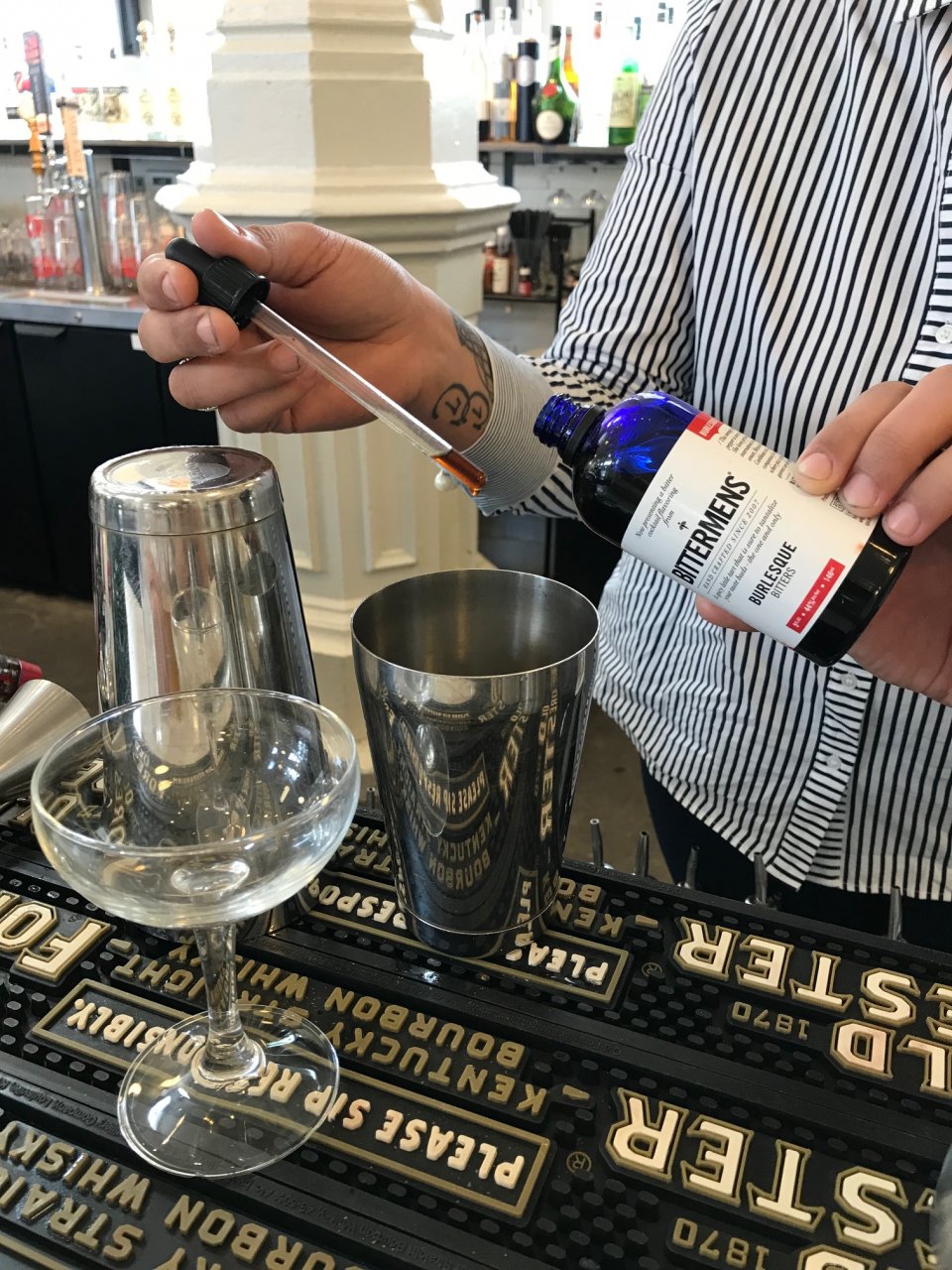 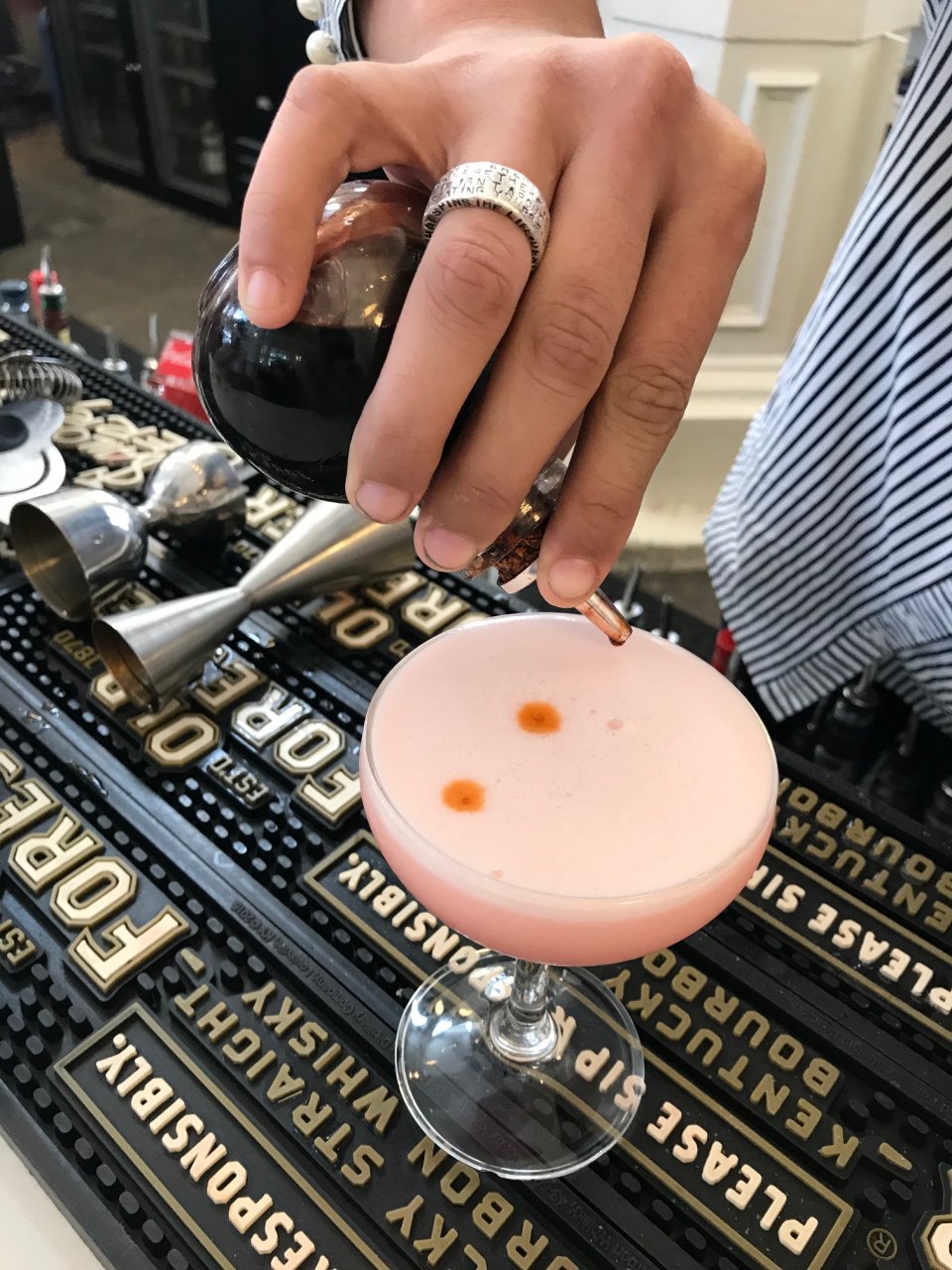 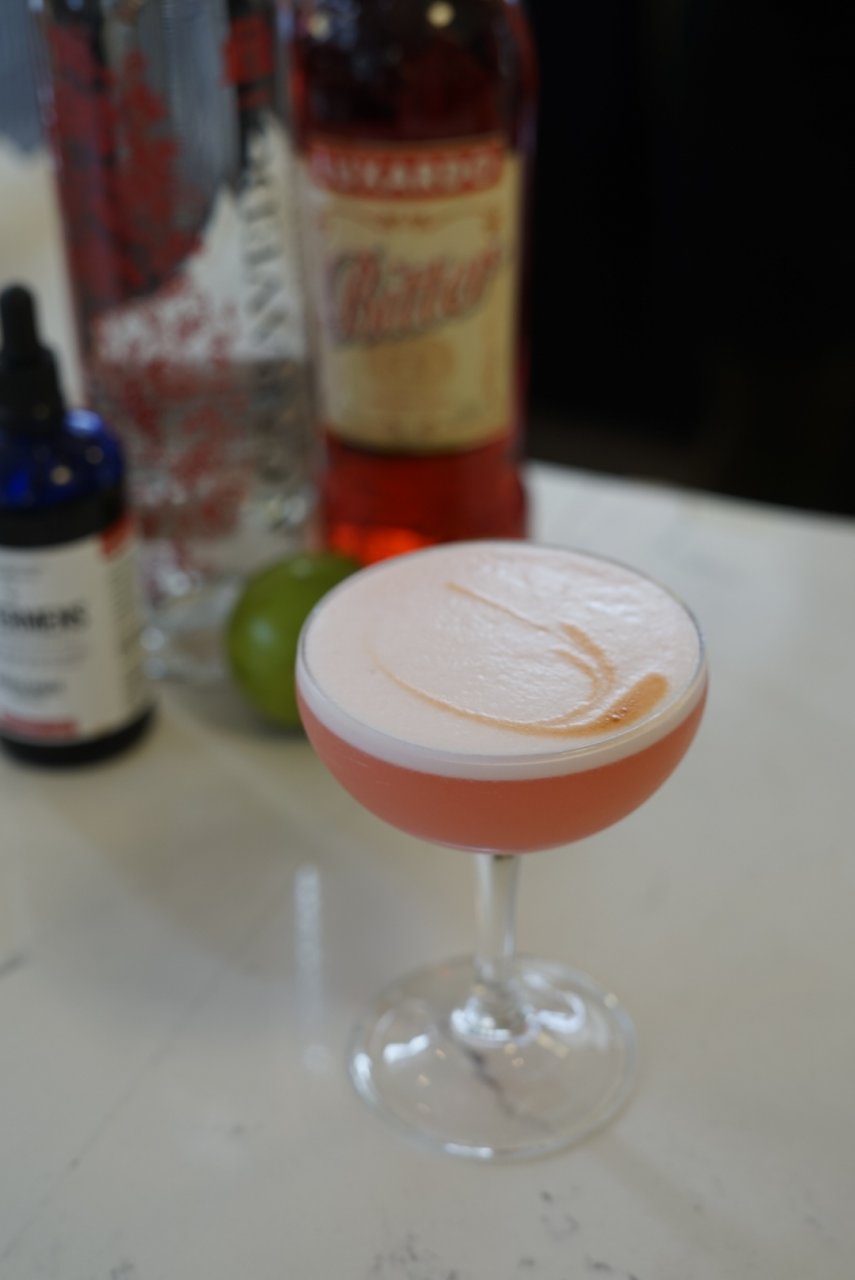 “I try running my bar programs in a way that is friendly to all dietary needs and respects all bodies. It may be a little selfish, but  it also makes every drink accessible to whoever may show up at the bar.