By law, bourbon must be aged in new, charred white oak barrels, and considering its rising popularity in the past decade, it means a lot of trees are used in the production of “America’s Native Spirit.” September celebrates National Bourbon Heritage Month and Angel’s Envy is planting seeds of thought with bourbon and the planet’s future as we raise our glasses.

For every photo of a drink or a bottle you post on Instagram, Facebook and Twitter with the hashtag #toastthetrees, the company — in partnership with the Arbor Day Foundation — will plant one white oak tree. The goal for the 2018 campaign is to plant 20,000 trees, so we just gave you a pretty good reason to get thee to the bar this month.

You can take the photograph anywhere serving the popular bourbon (even in the comfy sweatpants-wearing lands of your home), but here are some bars that are offering specialty drinks for the cause:

For the month of September, our downtown bar is featuring an old fashioned variation made with Angel’s Envy Bourbon, Yellow Chartreuse, and Bitter Queens Sassy Sally Sarsaparilla bitters in honor of Bourbon Heritage Month and Angel’s Envy’s #toastthetrees campaign. Want in? Come and join us for a cocktail, and use the hashtag on Facebook, Instagram or Twitter, and a white oak tree will be planted in the Daniel Boone National Forest in your honor next spring by @andyborbely, @kedubois, and the other wonderful whiskey guardians that make Angel’s Envy such a special team. The goal for this year is 20,000; help us tack a few on the tally. . . . . #toastthetrees #companyburgerdowntown #angelsenvy #buttonupforwhat 📸: @shanlilshan 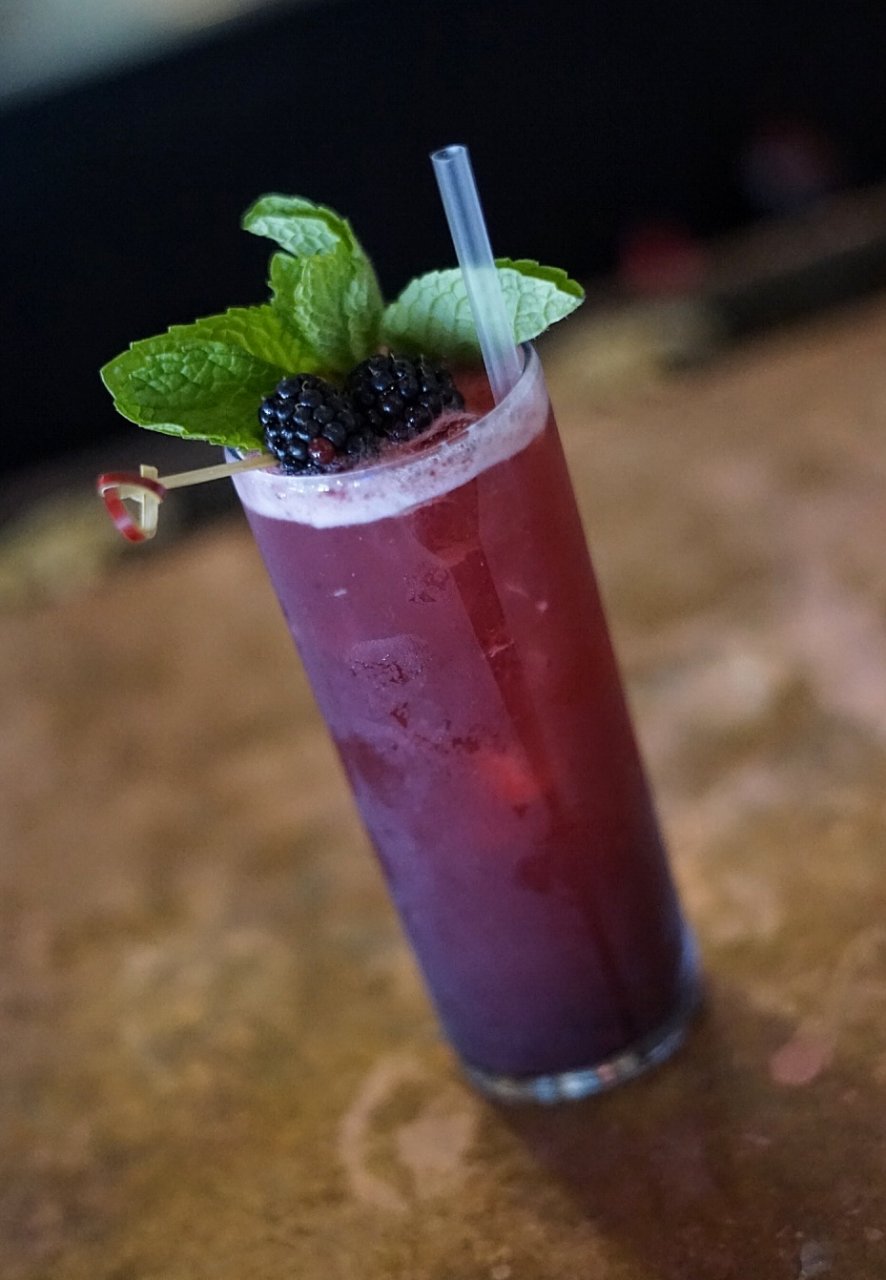 “I named it after my own heart,” jokes Eileen Matuszewski, manager at Avenue Pub. The refreshing libation mixes the port-finished bourbon with a blackberry syrup and lemon, and it’s topped of with local Huhu’s Ginger Brew — which they have on tap. 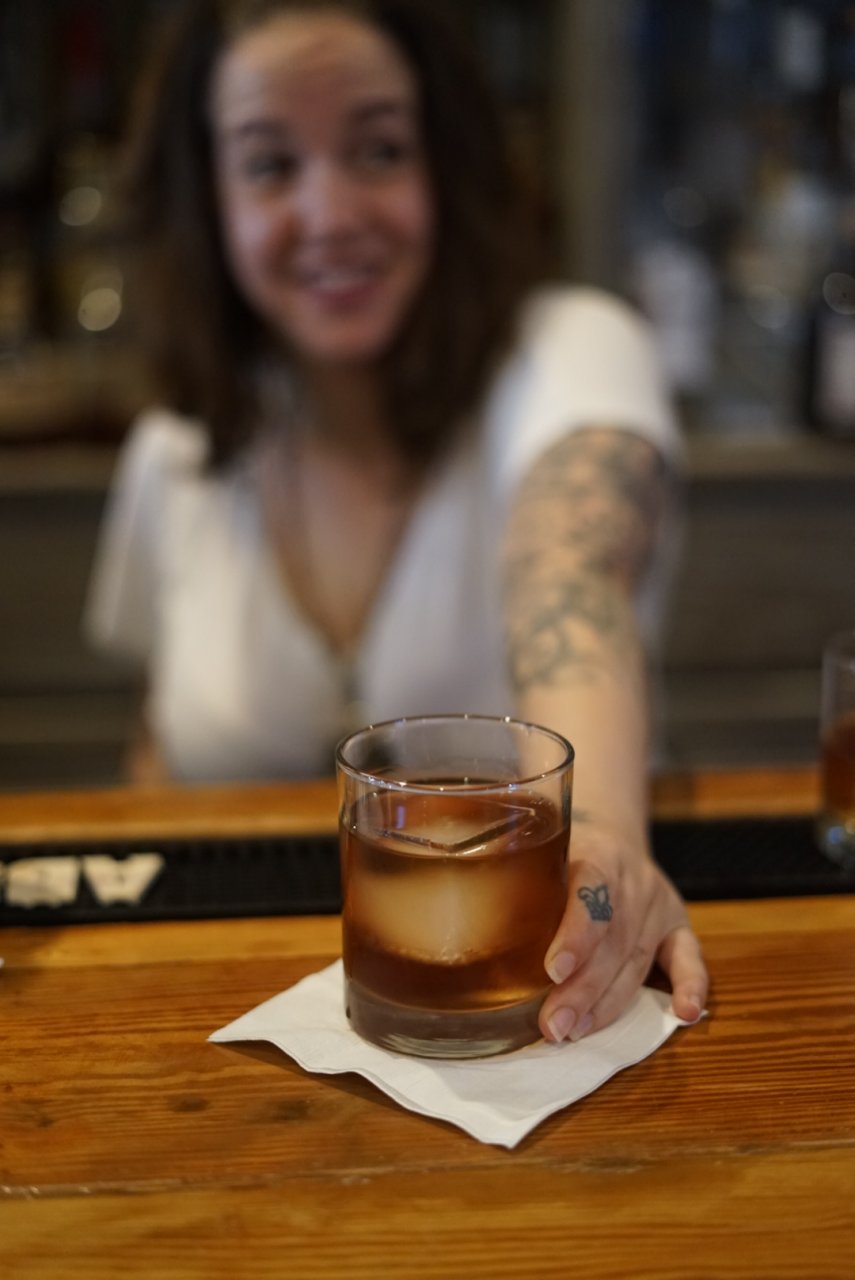 This stirred drink uses the very aeromatic Otto’s Athens Vermouth, adds texture with some Lustau East India Solera, reminds us that this is still New Orleans with Peychaud’s bitters, and its enhanced with a couple of drops of a simple saline solution that “adds a layer of flavor to the cocktail, without salt setting at the bottom of the glass,” explains bar manager Amanda Thomas.

Old Pal at The Rusty Nail

The Old Pal is a lighter variation of a Boulevardier cocktail, which it’s in itself a rye variation of the Negroni. Essentially what you’ve got here is one part AE Rye whiskey, one part dry (instead of sweet) vermouth, and one part Campari.

Calling All Angels at Bourbon House 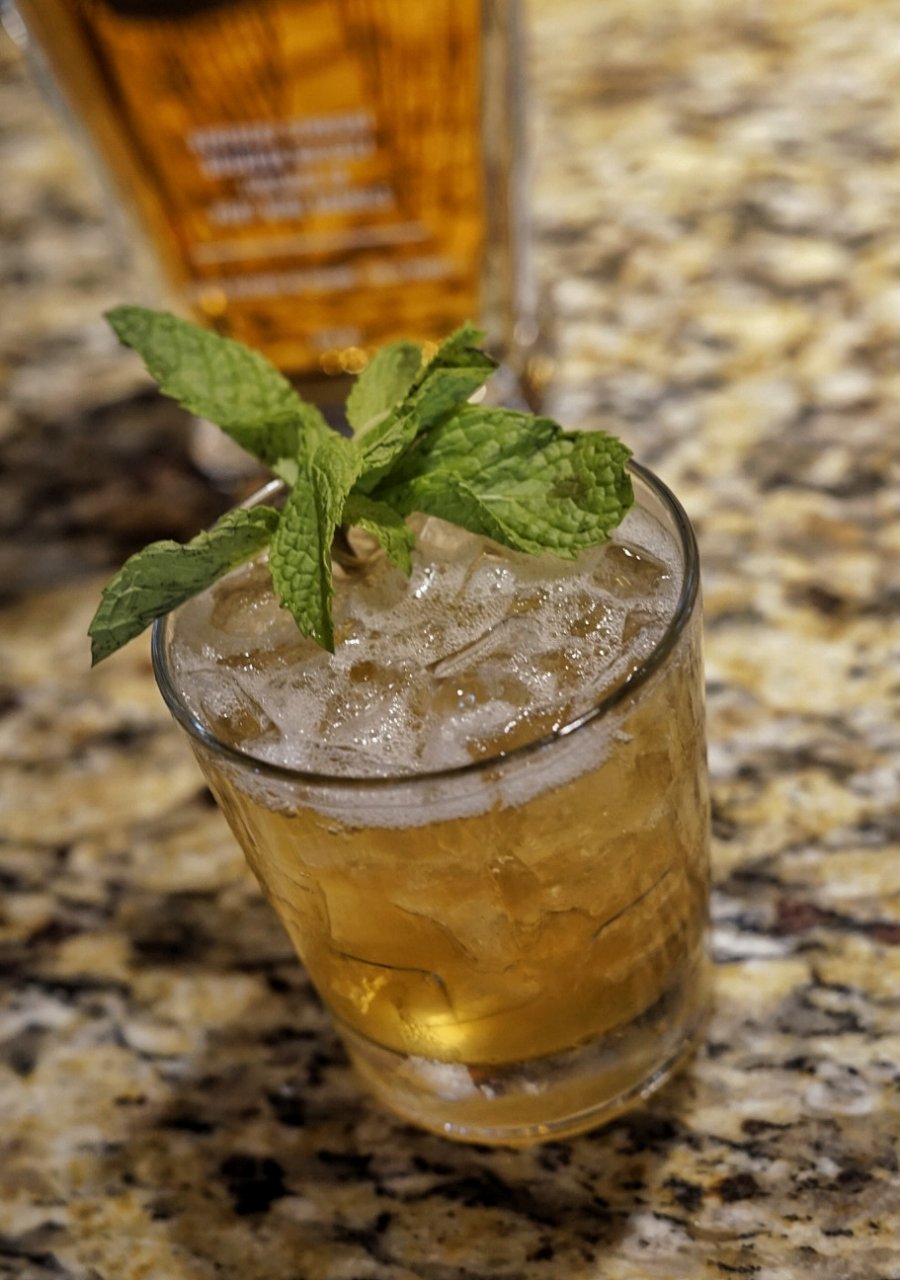 Off To Never Land at Public Service (NOPSI Hotel) 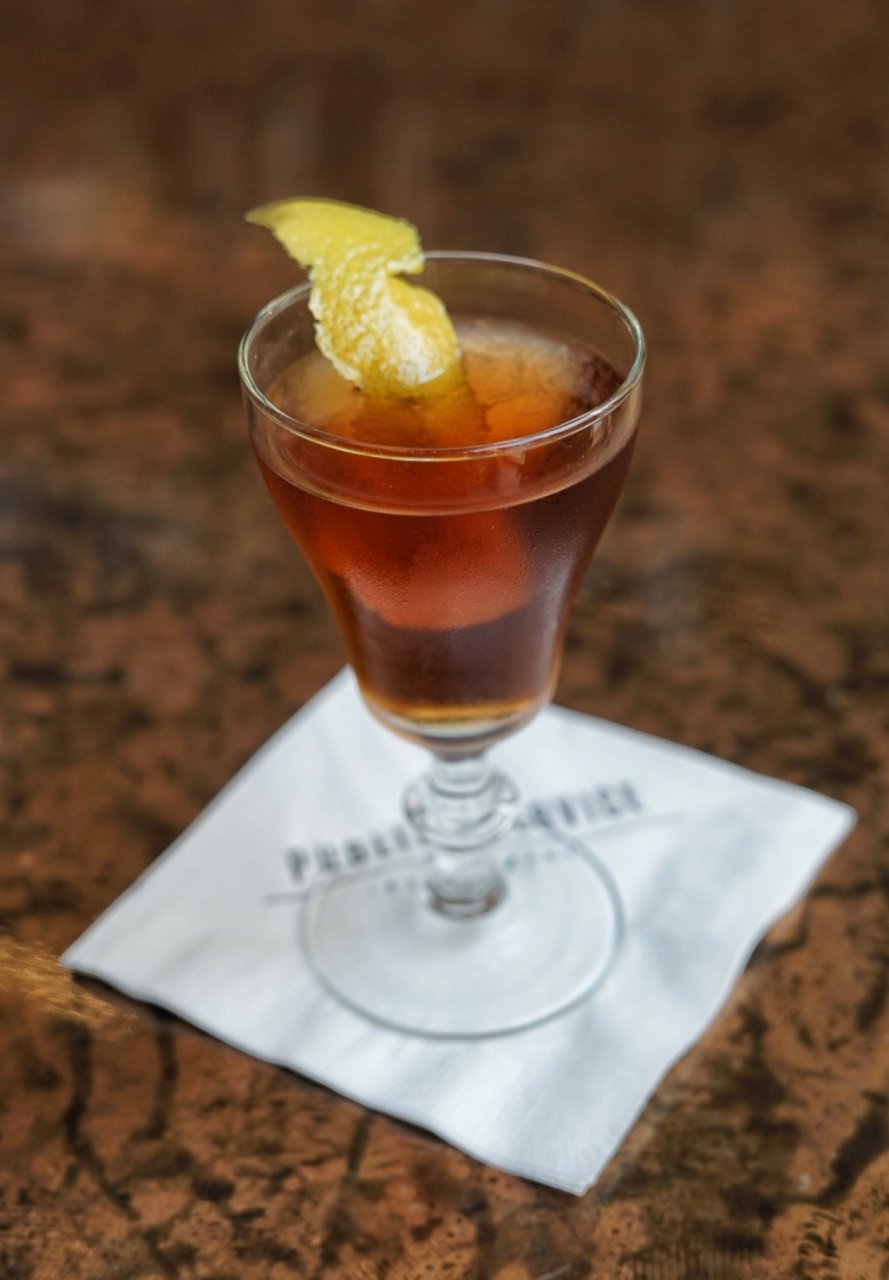 This classy tipple uses AE with yellow chartreuse (seems like a good match at this point) but ups the ante on the fancy with a full-bodied Sandman 10-Year-Old Tawny Porto and Black Pepper bitters. 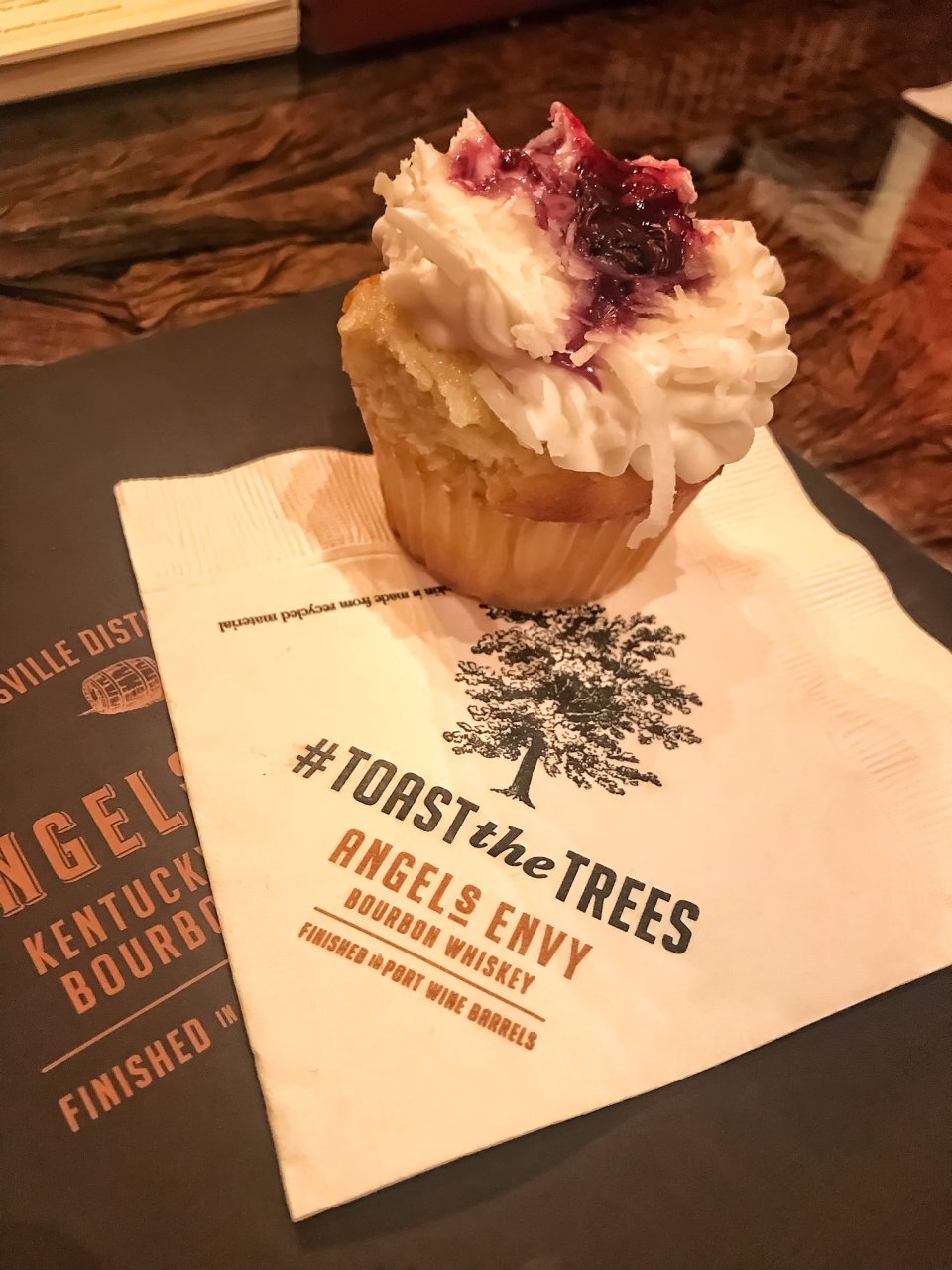 And for those of you attempting Sober September, if you go support this local, African-American-owned businesses on Bayou Road you’ll stumble upon this lovely cupcake shop that will be featuring these scrumptious creations with Angels Envy’s macerated blueberries. And guess what, you can take a picture of them too with the hashtag #toastthetrees.

And if eating is more your thing than bar hopping or cupcake scarfing, a chicken wing eating contest is being held at Bourree at Boucherie on Monday (Sept. 24), where AE is providing some whiskey cocktails to help the initiative.