If you’ve been on the internet in the past few weeks, you’re likely aware of YouTube sensation Bo Burnham’s instant-classic of a Netflix special, “Inside.” The one-man musical dramedy, if it can be reduced to such a label, is built around a philosophical quandary he presents in the second song: “Should I be joking at a time like this?”

While we all spent the past 15 months grappling with the correct way to process a pandemic, the early success of Comedy House NOLA suggests that both the comics and the everyday citizens of New Orleans have arrived at the same conclusion as Burnham— that comedy is, in fact, healing.

The club—the only one of its kind in New Orleans—opened on June 4 in Fulton Alley and is the brainchild of Jackie Sutherlin and Tami Nelson, two women who became fast friends in the local improv scene around five years ago. Yes, they’re women in an industry typically considered to be fairly male-dominated, but they tell me that’s really not the story here. They’re much prouder of the fact that they’re locals; that it’s a club “for New Orleanians, by New Orleanians.” 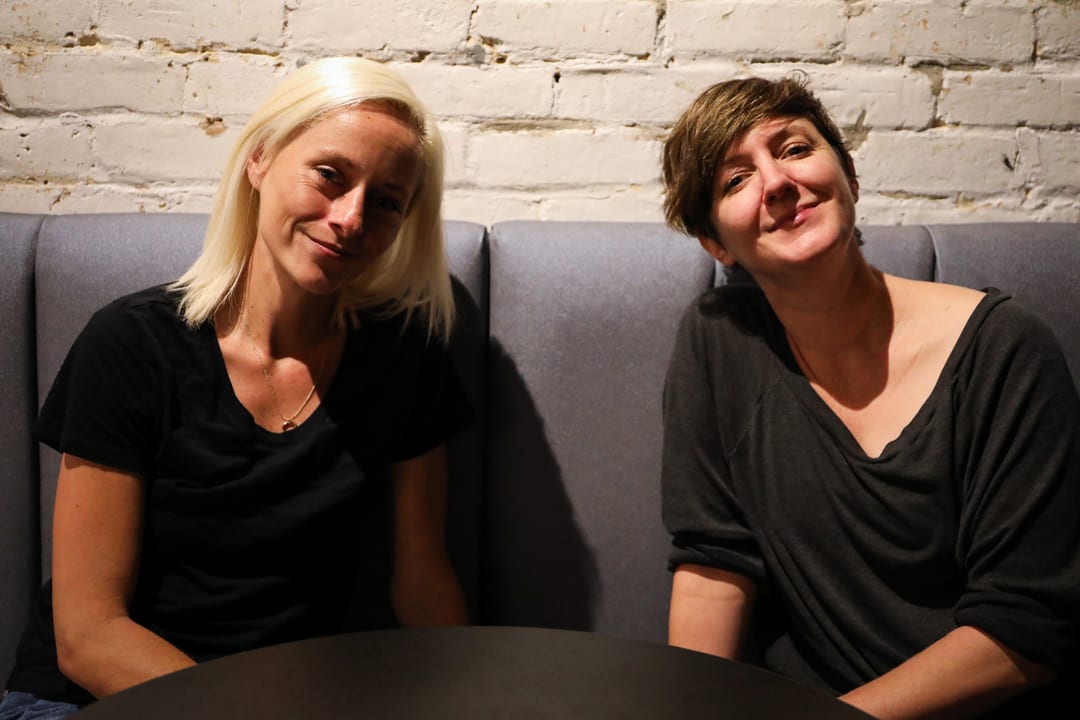 “Ok, the one thing that maybe sets us apart as a woman-owned club is that we put a lot of thought into scents, and have diffusers hidden all around the building. We’ll watch people come in and be like, ‘It smells really good in here!’ And I feel like that’s not always the comedy club experience,” Nelson concedes.

The original plan for Comedy House NOLA, they tell me with knowing grins, was to open in May of 2020. They had the location secured and were getting a schedule in place… and then the world stopped turning for a bit. Still, they say there was never any real panic on their end—their financial partners and landlord were flexible and supportive, and they pretty quickly realized the seeming setback could actually be an opportunity. As long as everyone was on this forced hiatus, why not use the time to transform the space into the club of their dreams?

Sutherlin and Nelson spent days scheming on their shared balcony (as if being BFF and business partners wasn’t enough, they are also neighbors!), designing the hell out of the space. Then they got their hands dirty.

“We tore up the floor, we painted the walls, we hung the curtains… if you see it in here, chances are we did it!” Sutherlin says.

And it is a lovely, intimate space. File past the ornate gold paneling in the [exquisitely-scented] entryway to find an inviting room of 80 sleek, transparent chairs interspersed with matching tables. 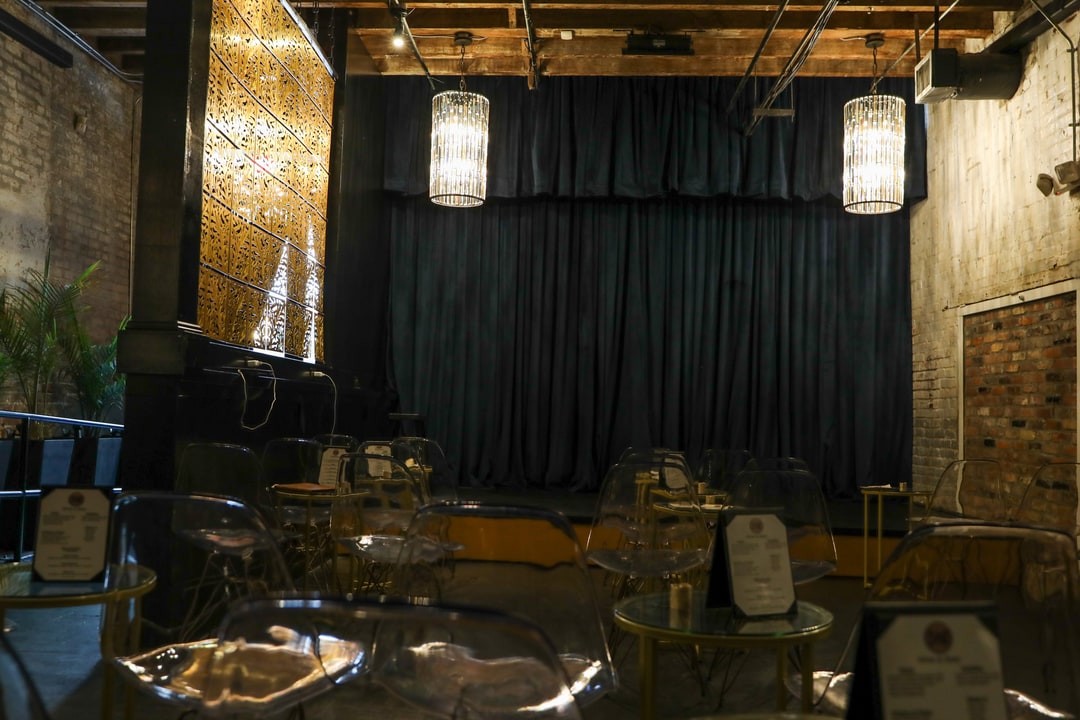 “We could have fit more seats, but we’re really focused on the boutique experience. Just little things, like everyone should have a space to set their drinks down,” Nelson explained.

At the front, there’s a blue-curtained stage with chandeliers overhead (whose installation is the one thing they admitted to leaving up to the experts); at the back, tucked away behind another curtain, is the bar. During most shows, they offer table service. There’s another bar at their swanky box office just a few doors down, which also serves as a pre-show lounge space.

Pulling the curtains back

As vaccines rolled out and the city began loosening restrictions, Sutherlin and Nelson decided on early June for the grand opening, and got back to setting up the schedule. The fact that there was a demand for such a venue in New Orleans was instantly apparent. With little-to-no publicity apart from word-of-mouth whisperings, they sold out their entire opening weekend (featuring Brazilian/LA-based comedian Jade Catta-Preta, whom you may know from E!’s “The Soup”) and attendance has been consistent ever since.

“The New Orleans comedy scene really needed something like this,” Sutherlin says. “There was no middle ground before. Either you were trying to make a set work at a regular bar, where people might not even be paying attention, or you’d have to be able to sell out the Saenger. Touring comics would fly right over us all the time; go straight from a Texas venue to Biloxi or something like that.”

Comedy House NOLA currently offers five nights of programming a week, kicking off with a free open mic night on Wednesdays. Shows in the Thursday through Sunday night slots, featuring bigger local and touring acts, run around $25. I stopped by a recent open mic to see what kind of comedy chops we’re working with in this town.

The very funny Michele Poole hosted, throwing in quippy insults and observations between the 5-minute sets of the other performers, many of whom seemed to know and be friendly with one another. The headliner for the weekend in question, Matt Owens, took the stage about midway through, teasing parts of his full set. Others were clearly in an earlier stage of their comedy career, but still drew plenty of laughs in what felt like a very positive and supportive environment.

I chatted briefly with one of the comics after his set (he performs as “Pickle,” but I recognized him as Nicolo Giardina, son of New Orleans’ most esteemed luthier!), and he echoed Sutherlin’s sentiments about the need for a place like the Comedy House.

“It’s awesome. It means everything to have a space that’s dedicated to comedy,” he said.

“My first impressions of the club? I’m in love! It’s a great opportunity to shed light on the New Orleans comedy scene and provide some much-needed exposure,” he said.

So, whether you’re in need of some post-pandemic comedic healing, or simply in the mood for some good laughs from some local talent, consider popping by Comedy House NOLA on your next night out on the town.