Halloween? New Orleans doesn’t need a special day to be any creepier

When you cross homes for sale in our city and they realtor puts up a “haunted” or “not haunted” sign on the sign, you just know we have become accustomed to being a supernatural haven. One can pass a building and just feel it exuding something not of this earth. Let’s take a look at some of the creepy places of the Crescent City. 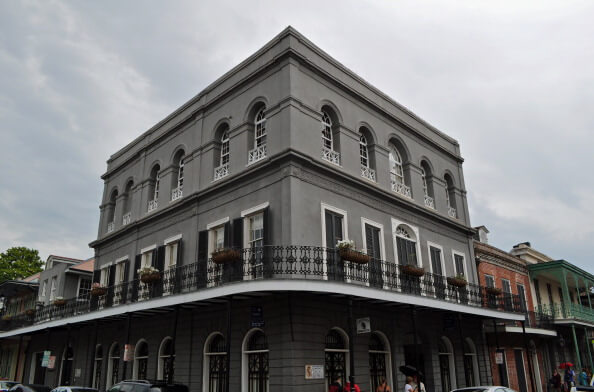 The LaLaurie Mansion has one of the most horrifying backstories around. It’s considered the most haunted house in the Vieux Carré. It has such a haunted history and it continues to this day – Sorry, Nic Cage. As shown in “American Horror Story: Coven,” Madame LaLaurie allegedly had a craving for the macabre. Slaves were said to be gruesomely tortured in the attic – bones broken and reset to look like animals, lips of slaves sewn shut with animal feces stuffed in them, and some slaves left hanging. It all came to an end in 1834 when a fire broke out in the kitchen. The fire was said to have been started by the cook, who was supposedly chained to the oven. The cook said they would rather burn and die than endure. When all came public, Madame LaLaurie fled to Europe and was never seen again.

Located in the 500 block of Chartres Street, the New Orleans Pharmacy Museum has reportedly been a haunt for years. Opened in 1823, by America’s first licensed pharmacist Louis Defilho. Later, Dr. Joseph Dupas moved in, and legend has it that he performed experiments on pregnant slaves in an upstairs location. 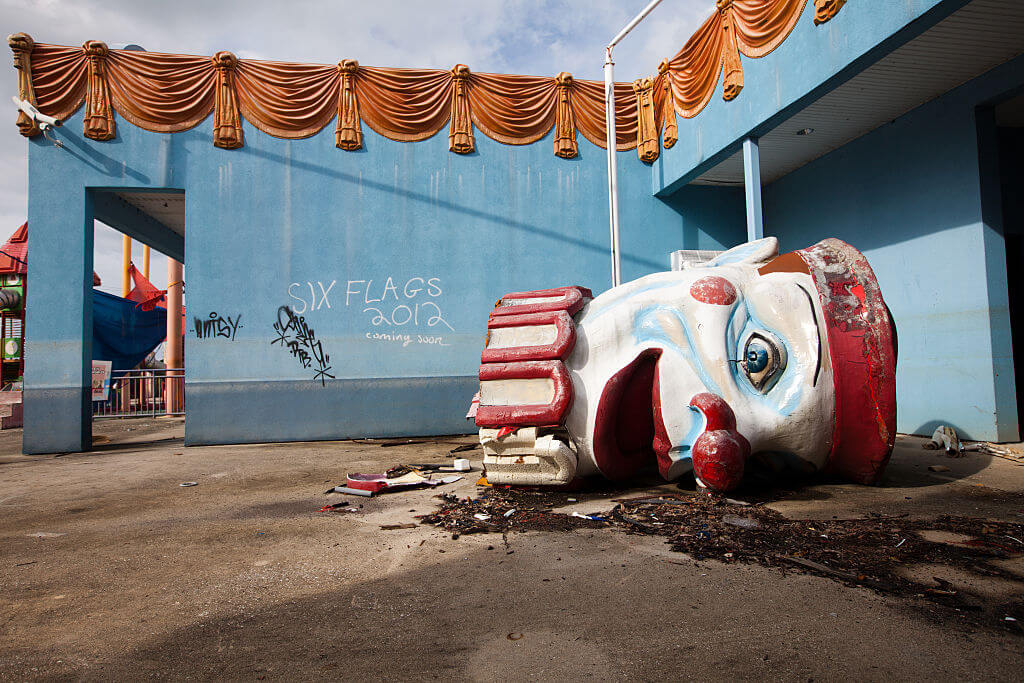 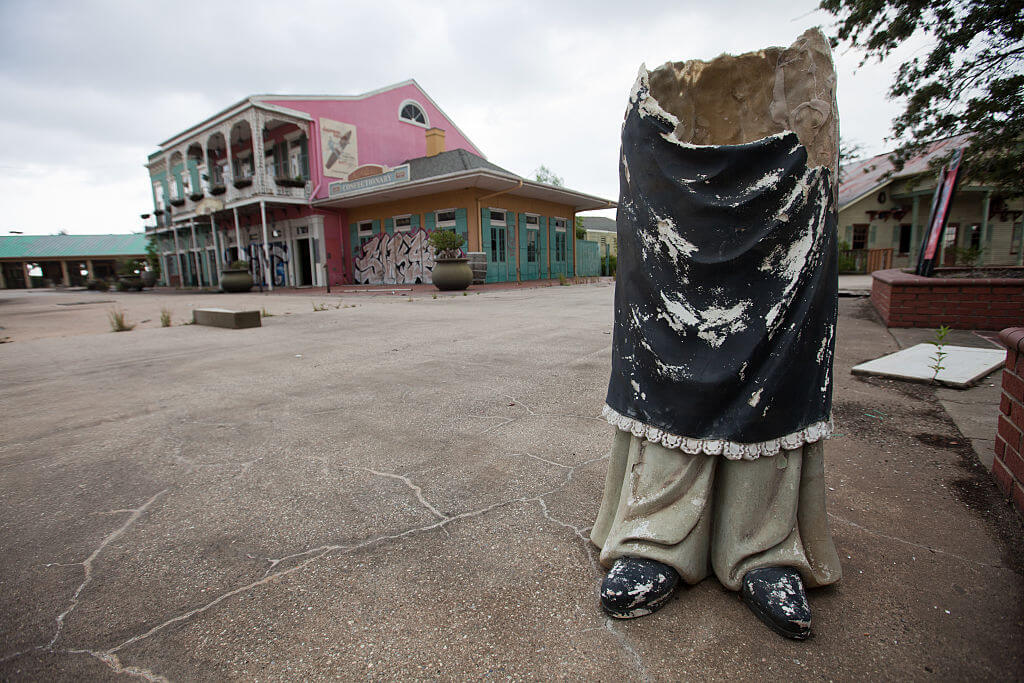 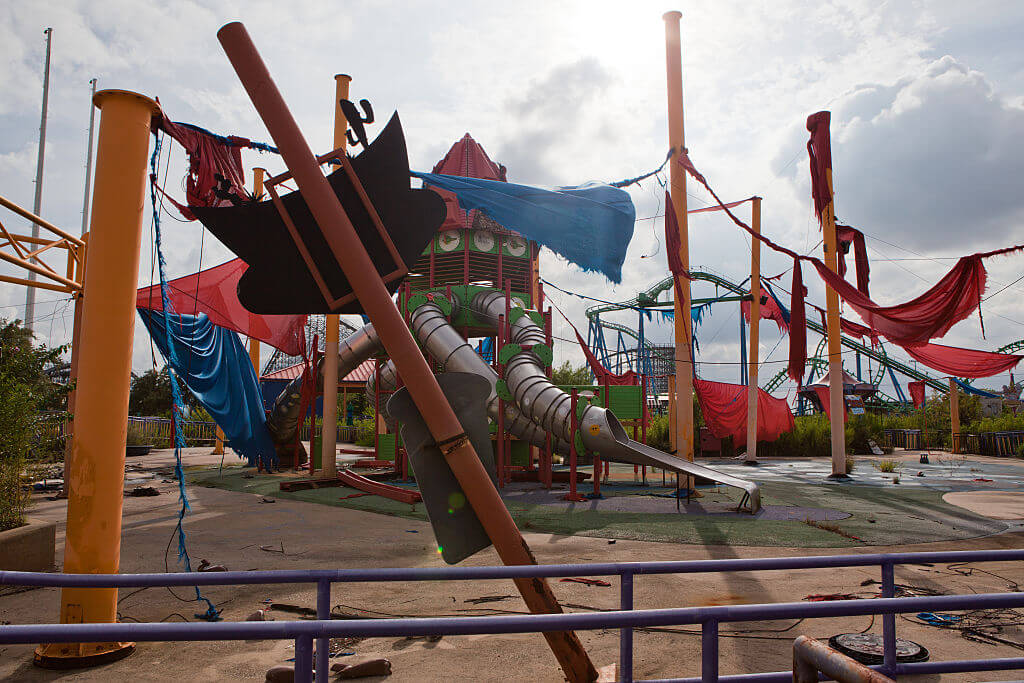 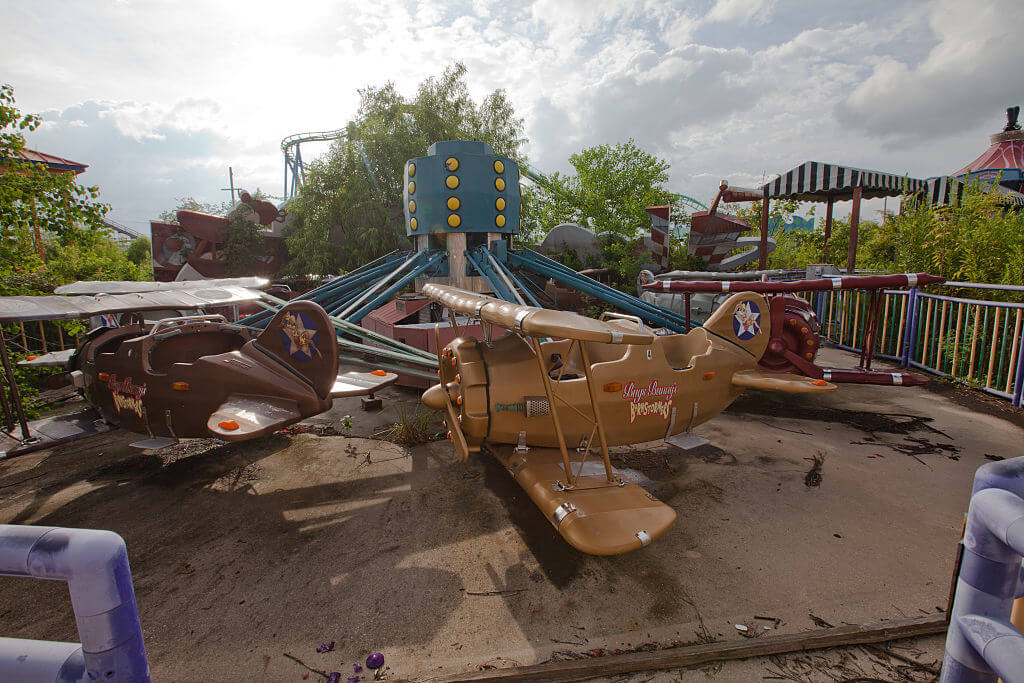 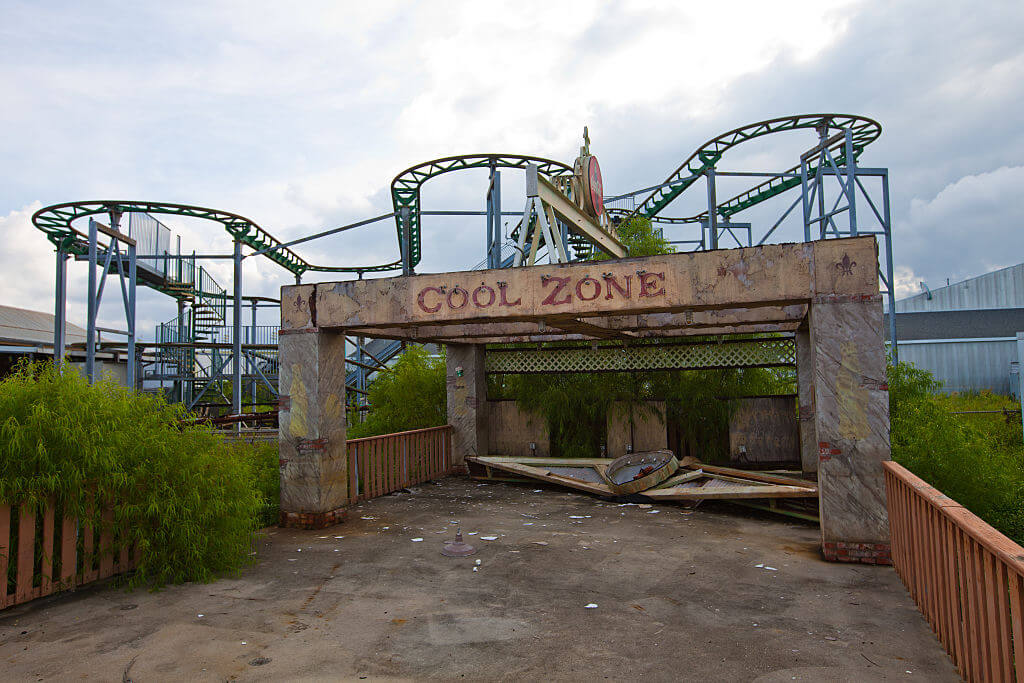 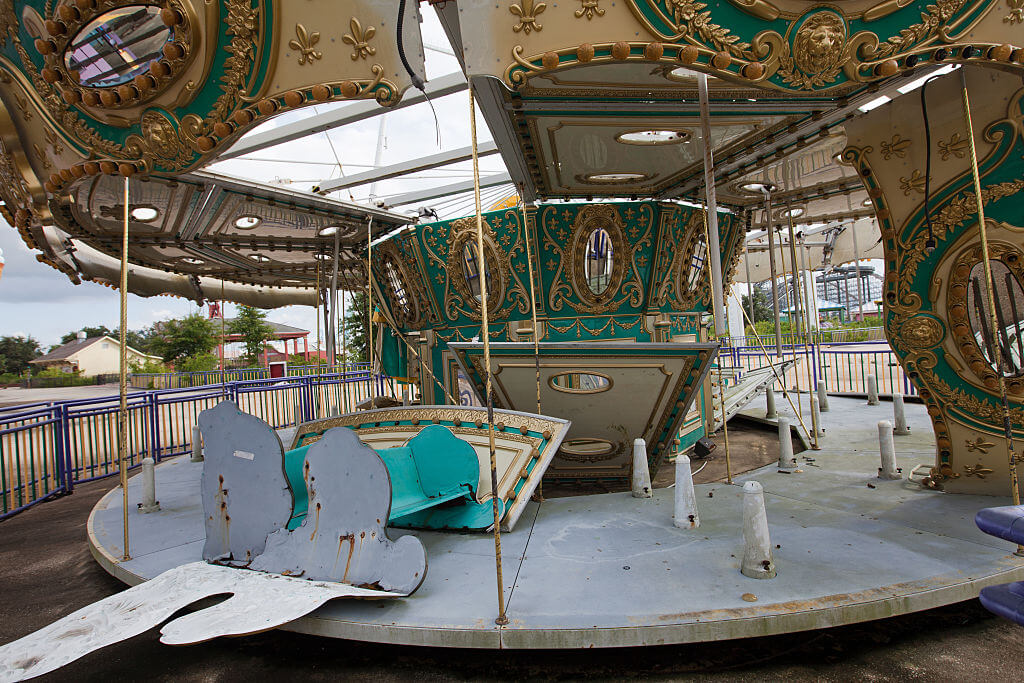 1 of 6
Broken clown head next to abandoned buildings at the Six Flags New Orleans amusement park in Eastern New Orleans, Louisiana, has remained closed since Hurricane Katrina in 2005. The remains of the park are on low lying land, owned by the city of New Orleans, and have not be redeveloped since Katrina. (Photo by Julie Dermansky/Corbis via Getty Images)

The old abandoned theme park has remained closed since Hurricane Katrina. The site is occasionally used for movie sets today. The space is overgrown and looks like a scene out of “The Walking Dead.” To see the ferris wheel lit up after knowing it’s been closed for 13 years can be an eerie sight.

So the Ferris wheel was lit up at Jazzland last night and no lie it was creepy pic.twitter.com/5I9jBHrBPK

Move over Lestat, here where the vampires allegedly lie in New Orleans. Legend has it that the caskets of some of the convents original caskets (which initially held personal belongings) are locked up on the third floor of the convent. The windows to the third floor are always closed, shut by nails supposedly blessed by the Pope himself.

At one time, beloved “Big Charity” was the one of the oldest operating hospital in the United States. It was built in 1736 so that the city’s poor would have a place to go for health care. Abandoned since Hurricane Katrina, those who’ve gotten the chance to go inside of the building say it looks as if people and patients were still there, with much of the equipment still in the hospital.

In 2015, a local nurse who works across the street saw lights coming from the inside of the shuttered hospital, setting off a social media firestorm and confirming the creepiness of the building.

So we know this is a list about places, but let’s be honest, the Pelicans’ King Cake Baby is completely terrifying. The demonic-looking infant mascot revels in the fear.