This seafood spot on MLK Blvd. has classic New Orleans all over it.

“I need to stop coming here! I was here four or five times last week,” a customer joked, as she waited for her lunch order.

Armstrong got up and shook the happy customer’s hand, introduced himself and thanked her for coming in. She explained she and her coworkers love this place and get lunch to go often. The place is Peewee’s Crabcakes On the Go, a takeout food joint located at 2908 Martin Luther King Jr. Blvd. 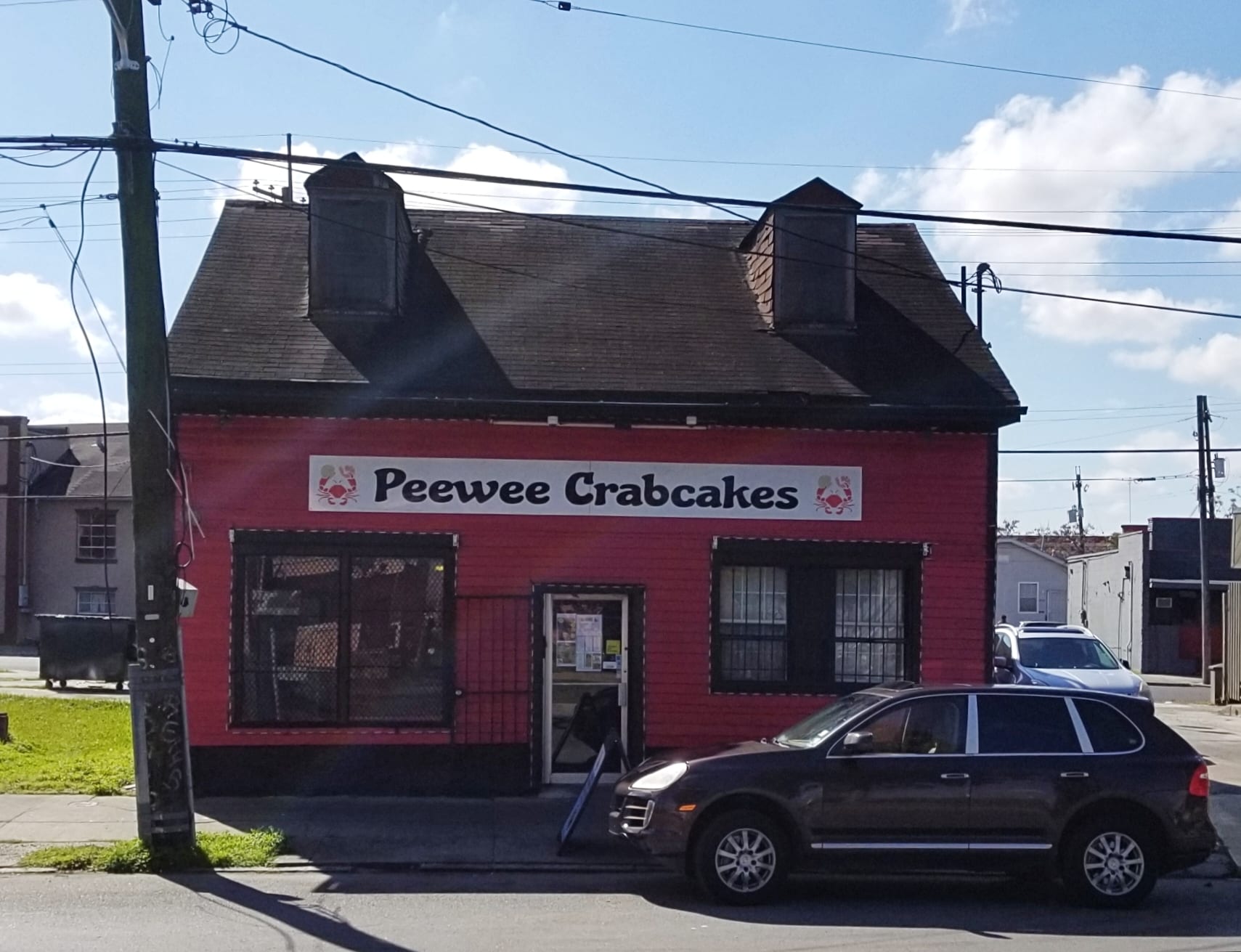 Charles “Peewee” Armstrong is the owner and chef here, and he’s been slinging home-cooked food out of this small, red building since last July. Peewee’s is a family affair, with Armstrong’s mother Anita Armstrong working in the endeavor and his fiancée, Roxana Hernandez, acting as general manager. Both ladies work to make sure that the business runs smoothly, while Armstrong does the heavy lifting in the kitchen.

“I always knew I wanted to be a chef and change people’s lives. Cooking brings out the best in people.”

Armstrong has only been in business a short time, but he’s no stranger to the restaurant world. He started cooking at 16 years old and honed his skills at Chef’s Table culinary school. From there he cooked at Copeland’s and worked his way up into teaching others to cook. Cooking and owning his own restaurant is a lifelong dream.

“I always knew I wanted to be a chef and change people’s lives,” he said. “Cooking brings out the best in people.” 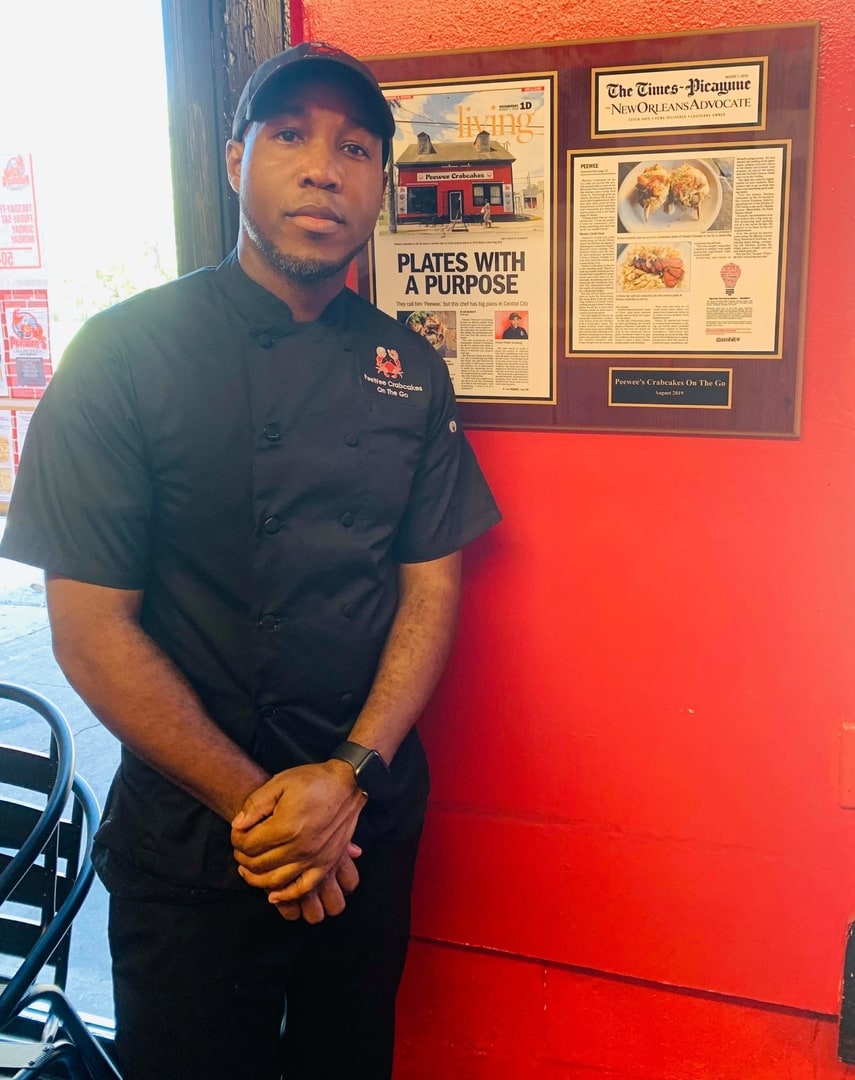 Peewee’s Crabcakes On the Go is a true neighborhood restaurant, and Armstrong is proud that he has customers who come from all over to sample what he’s serving up. He also enjoys actively giving back to his community, conducting a day of service every Monday, cooking for those in need.

“I get customers from all over the country who have heard about us,” he explained. “My food is food with a purpose. We not only want to serve this community, but we want to give back to the community- especially during the holidays.”

Armstrong knew that in order to stand out in the New Orleans restaurant scene he would have to be a little different, which is why he set his focus on crab cakes. Usually an afterthought on local menus, Armstrong wanted to make his crab cakes, which are composed of 98% crab meat, the star of his restaurant.

“New Orleans has the best food in the world; I wanted the crab cake to be my signature,” he said. “Crab cakes aren’t usually found on many New Orleans menus and, when they are, they’re made with a lot of breading.”

He continued, “I wanted to be a little different and add something to the New Orleans restaurant scene. I don’t want to compete with anyone; we’re all a part of this community.”

Crab cakes aren’t the only thing Armstrong has to offer. Proud that seafood is his specialty, the menu also boasts Southern fried catfish, stuffed fish, stuffed crabs, seafood pasta, lobster, shrimp, stuffed baked potatoes, an assortment of seafood tacos on Tuesdays and much more. The servings are generous and the prices are reasonable, with most falling between $14.99 and $20.99. Entrées come with a signature crab cake and a choice of side.

As more people frequent Peewee’s, Armstrong has success on his mind. He hopes to expand into the open lot next door and add a patio, and his long-term goal is to turn Martin Luther King Jr. Blvd. into a developed food space in the same vein as the Freret area. Expansion seems inevitable; Armstrong said Thursdays through Sundays are his busiest days and he sells over 400 crab cakes a week. He also has plans to bottle and sell his own seafood seasoning and Alfredo sauce.

“It’s a blessing to have people eat here,” Armstrong said. “I want to make people happy and keep them coming back. I’m living my dream; it’s a blessing.”

“I’m hungry for success and I want it to show in my food.”

After hearing all the raves, I was excited to step up to the window and place my order. This is a true take-out spot: there’s an order window and a few chairs for your wait. I ordered the stuffed catfish, which is fish stuffed with crabmeat, crawfish and shrimp. On Armstrong’s suggestion, I got the seafood rice as my side. Of course, one of Peewee’s famous crab cakes was included.

As I waited, a harbor police officer, who is a regular, asked if it was my first visit. When I told him it was, he said, “This is one of those places where the food really tastes as good as it looks. They make you feel welcome here; it’s classic New Orleans.”

With an endorsement like that, I couldn’t wait to dig in. The first thing I tried was the seafood rice, which was delicious! It had shrimp and other seasonings throughout and it was spiced well. I really could have eaten an entire plate of just rice. The catfish was mouth-watering and topped with a creamy thick sauce, with a bit of spice, that was teeming with crawfish. The dish that was rich, but not overpowering. The crab cake was incredibly good. Armstrong wasn’t lying when he said that he packs them with 98% crab meat — it was hearty and almost a meal within itself. I’ve paid way more for crab cakes that have had way less crab and Peewee’s version is the best I’ve had.

“I’m hungry for success and I want it to show in my food,” he said. “I want to stay in New Orleans and be successful here. When people hear my name, I want them to think ‘seafood’.” 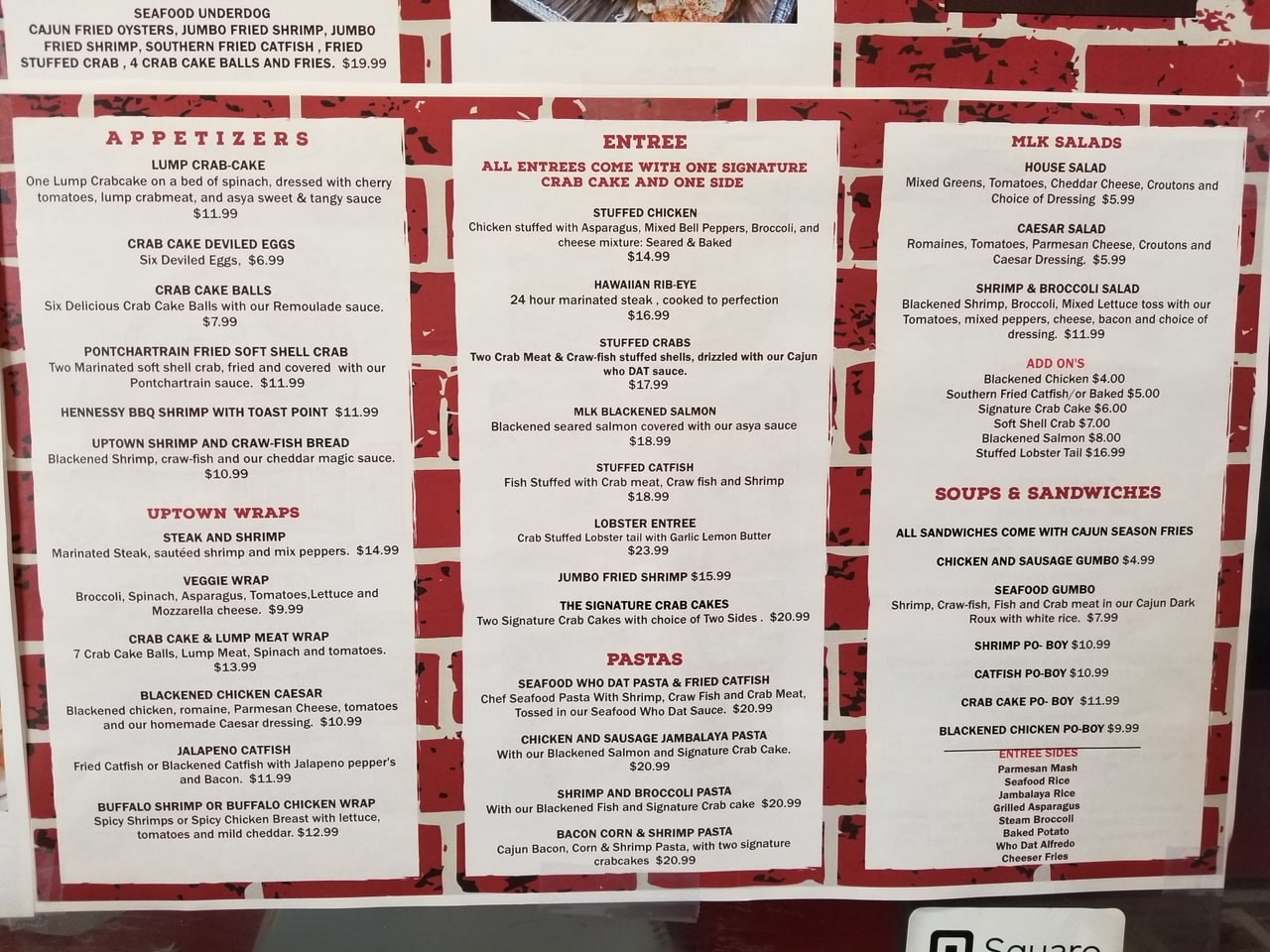 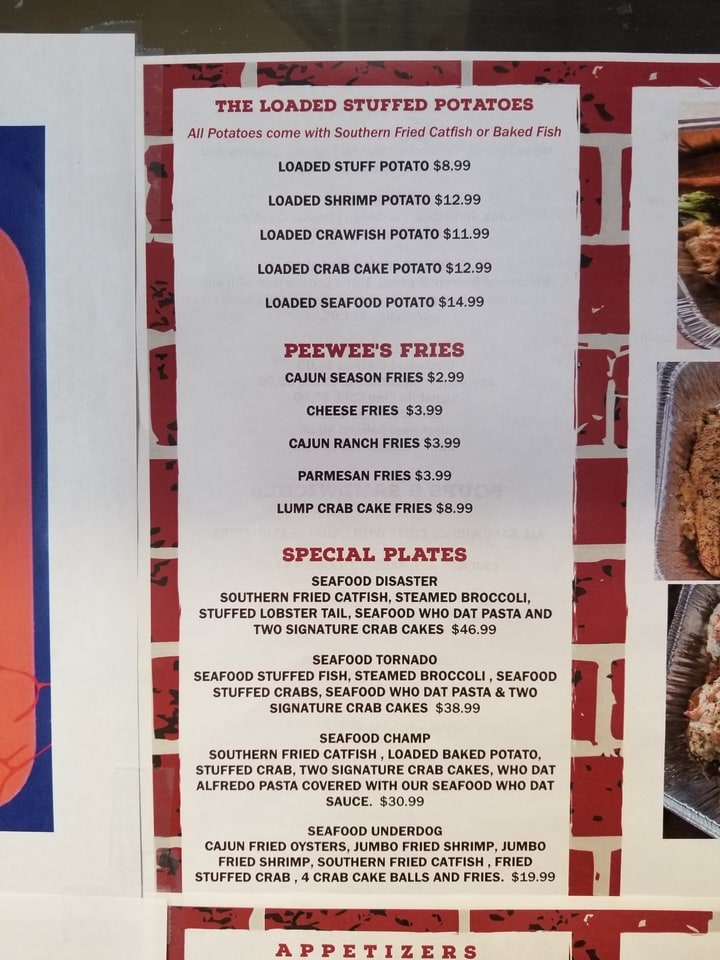