The throwback to the ’20s sits under the Orpheum theater.

“He tried to spit out the truth;
“Dry mouthed at first,
“He drooled and slobbered in the end;
“Truth dribbling his chin.”

This is the text of the Ernest Hemingway poem “Ultimately”, a piece that once appeared in a short-lived early 20th-century New Orleans publication called The Double Dealer. Today, the poem lends its name to a gin, cucumber water, lime juice, and jalapeño simple syrup cocktail, and the publication lends its name to the new speakeasy where said cocktail can be found. The Double Dealer opened in January 2020, and it just might be the coolest new bar in New Orleans. 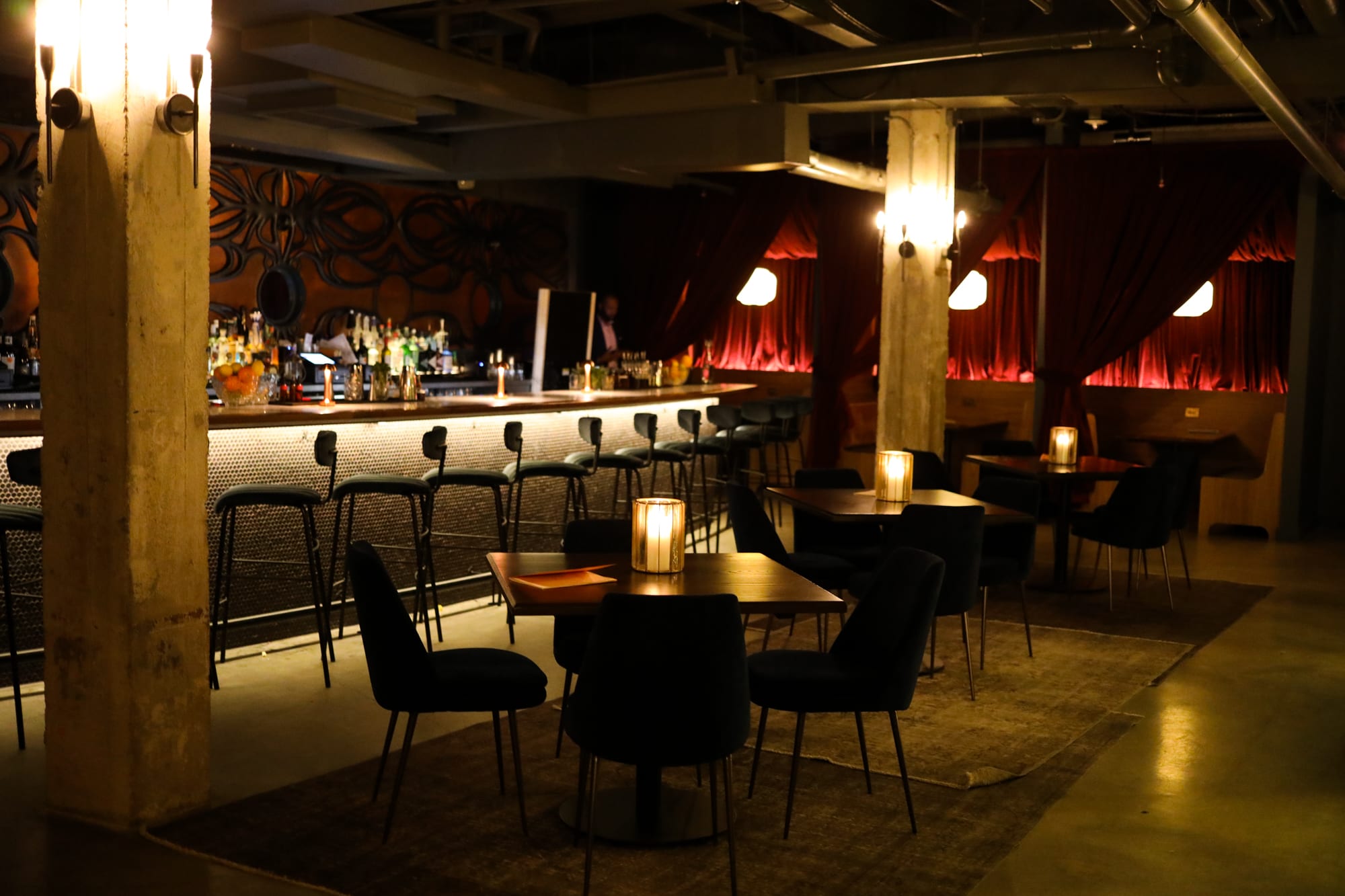 It’s thoughtful New Orleans-centric touches, such as these, that set the Double Dealer apart, not to mention a handful of secretive and whimsical elements one would hope to find in a place that brands itself a speakeasy. That said, you don’t need a secret password to enter. You’ll find the entrance hiding in plain sight to the right of the main entrance of the Orpheum Theater on Roosevelt Way in the CBD. There’s a stylized poster reading “Double Dealer” on the façade of the theater, as though it were a forthcoming show, and one next to it that reads “Under the Orpheum,” which is exactly where you’ll find the Double Dealer, in what was once the theater’s ice pit. An ice pit in the basement was the source of the very modern convenience of air conditioning in large buildings a century ago, which is about how old the theater is (construction began in 1918 and was completed in 1921). 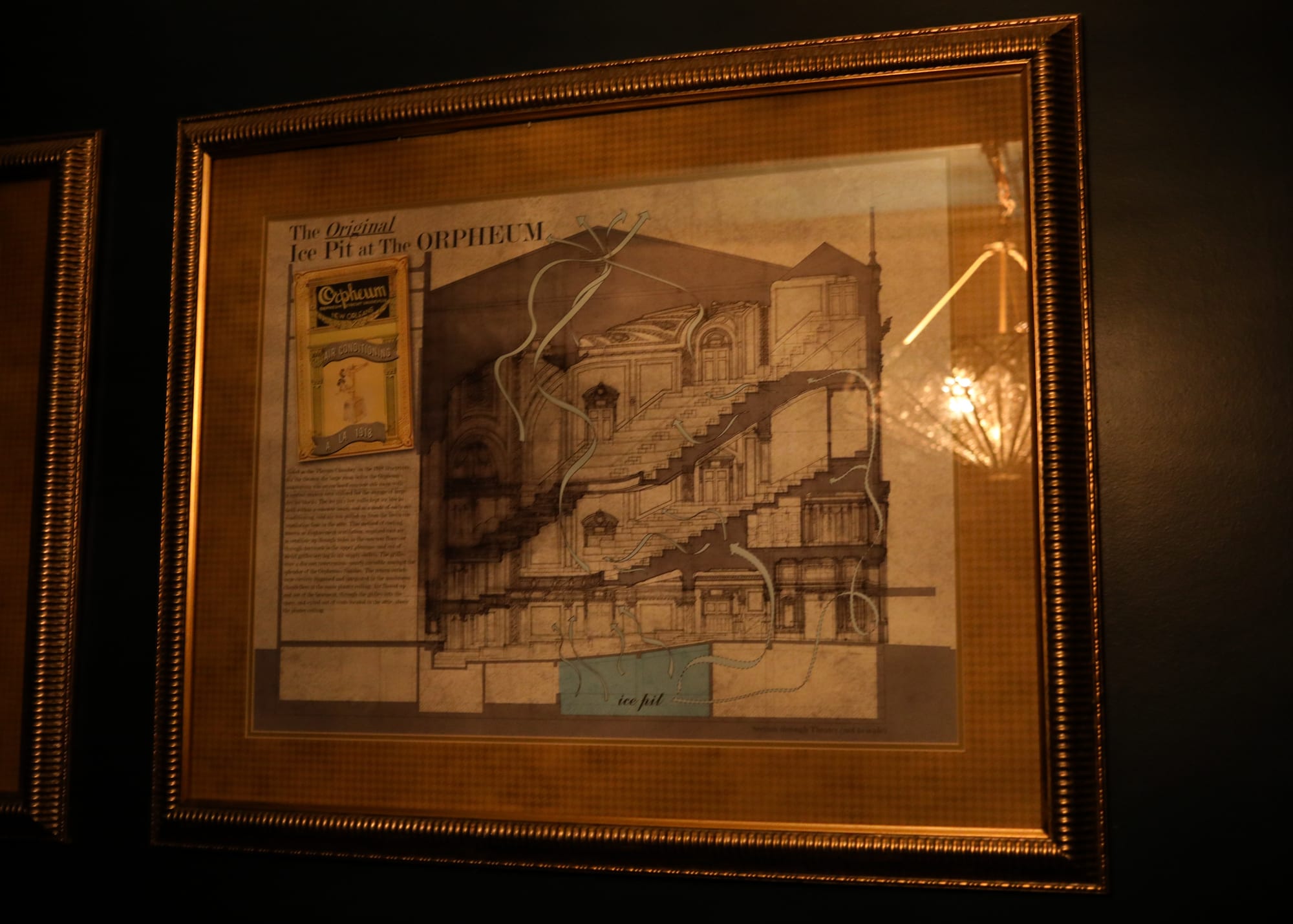 Like “Ultimately,” each of the specialty cocktails on the Double Dealer’s menu derives its name from a piece that ran in the eponymous publication. There’s the “Dying Gladiator,” for instance — first a William Faulkner poem, and now a dark rum cocktail made with Meletti, sweet vermouth, and Angostura bitters. Or the achingly romantic title of a sparkling wine and pomegranate syrup cocktail: “Looking at the Moon and Thinking of One Far Away,” from the collection “Three Poems From the Chinese” that appeared in Volume 5 of the Double Dealer in 1922 (the poem is by Chang Chiu-Ling and was translated by Witter Bynner and Kiang Kang-Hu). 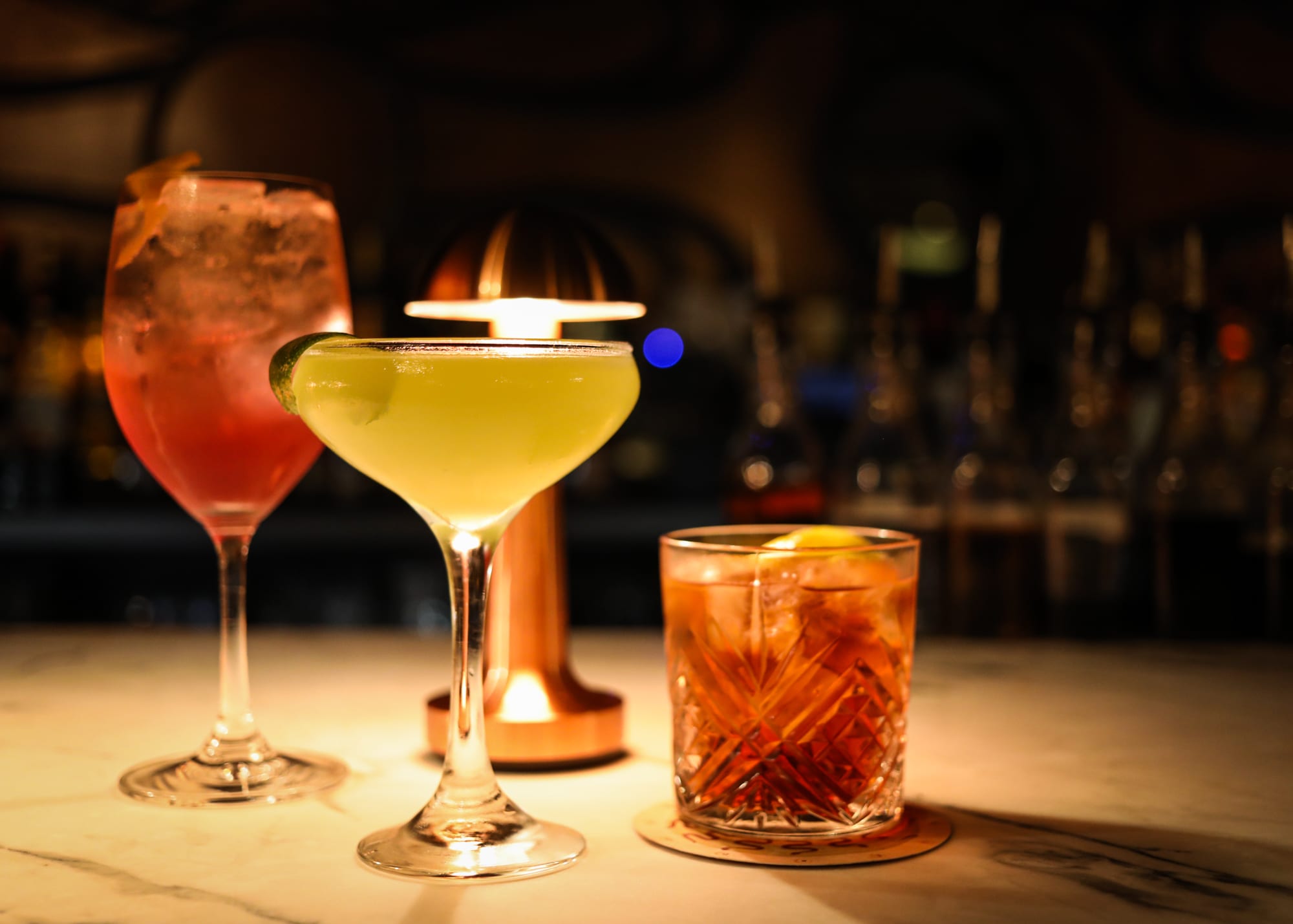 The fun doesn’t stop with the cocktails, though. The first thing you’re bound to notice upon entering the bar are the two enormous infinity mirrors branded with the Double Dealer’s signature tarot-inspired Orpheus figure. 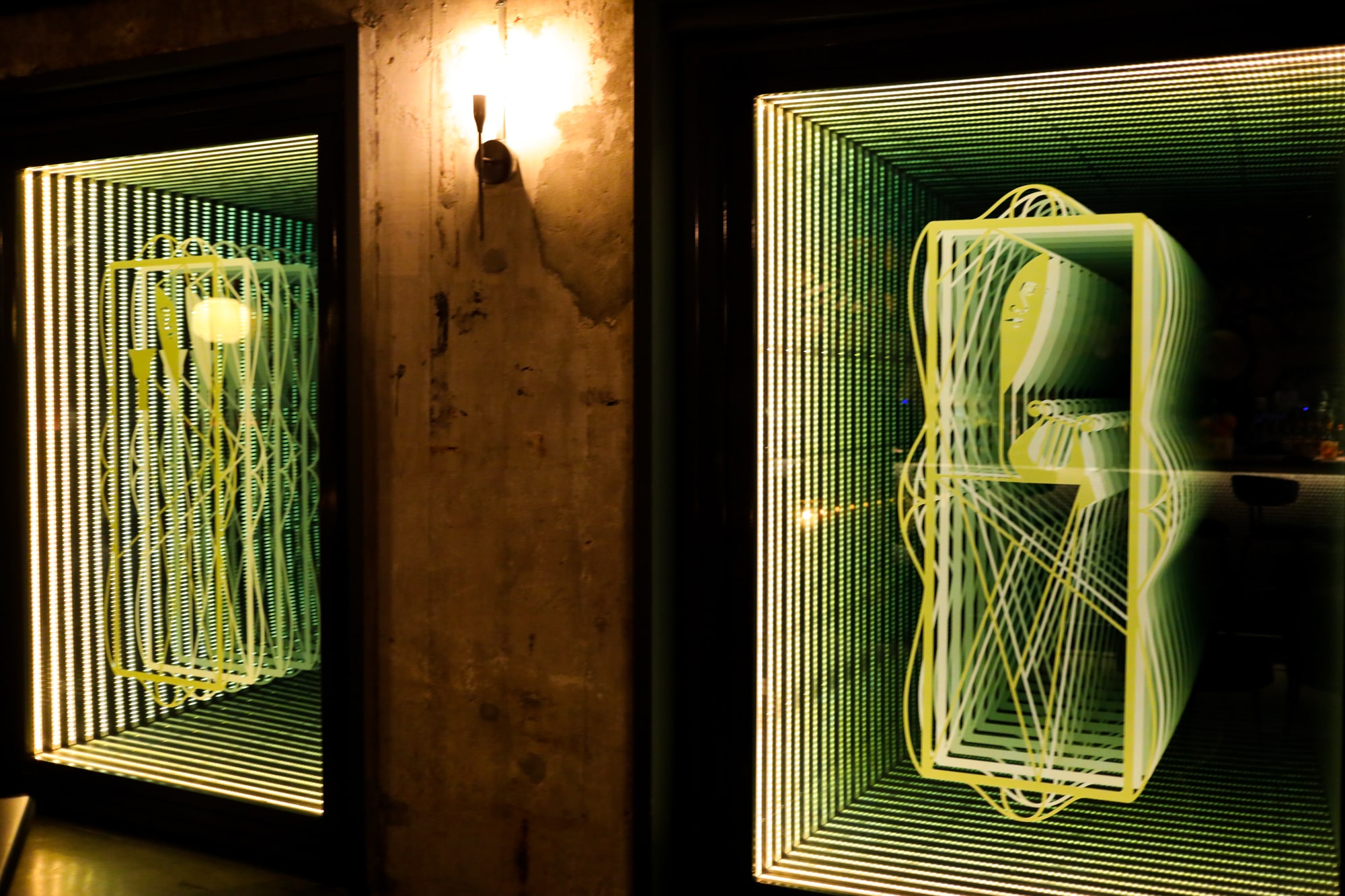 When the time is right, the mirrors swing open to reveal the large ‘Green Room’ where the bar hosts live entertainment, usually with a vaudeville theme to honor the theater’s origins. 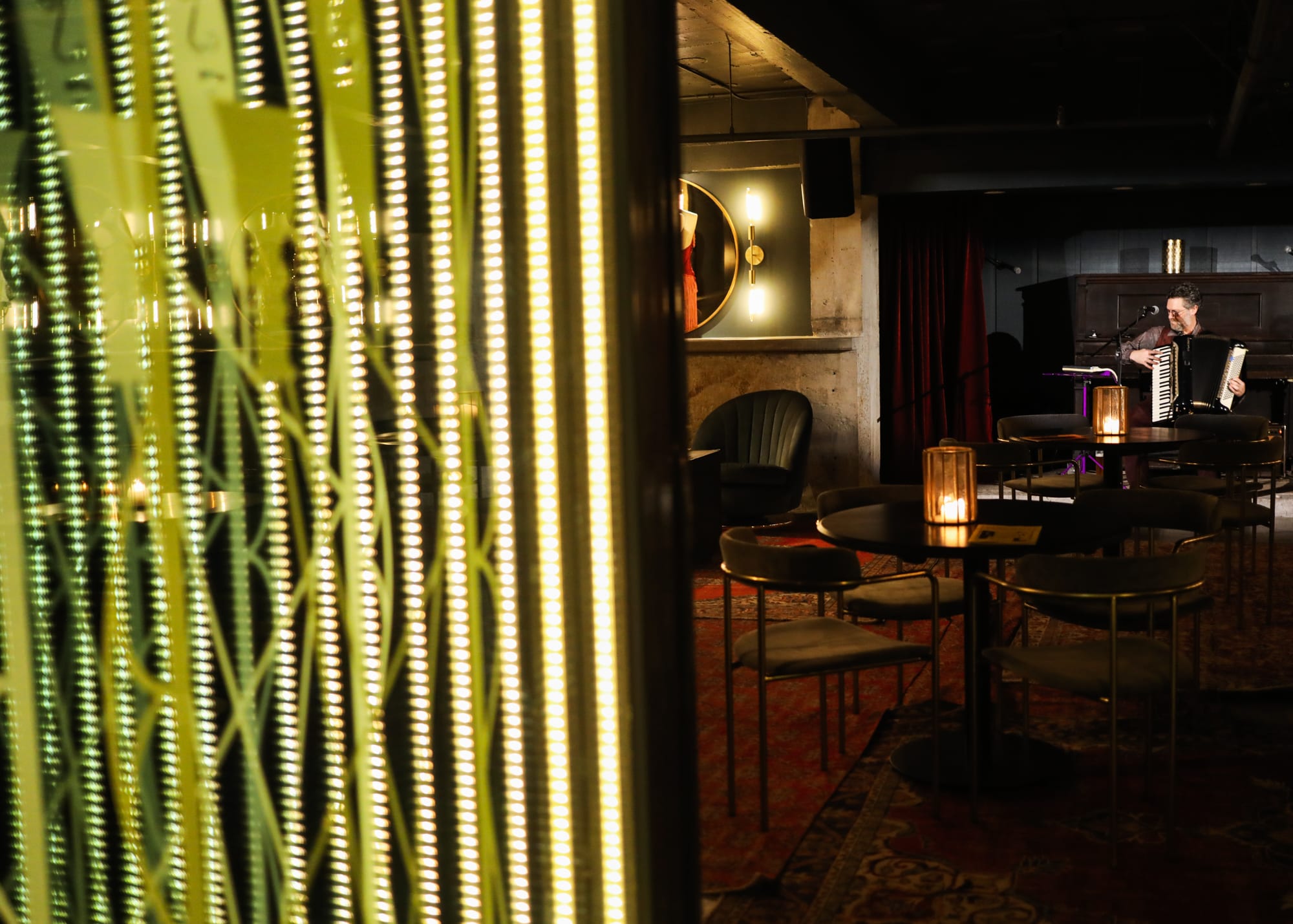 Mounted along the walls of this lounge area are original costumes from the ‘20s. There’s also an original player piano featured prominently on stage. 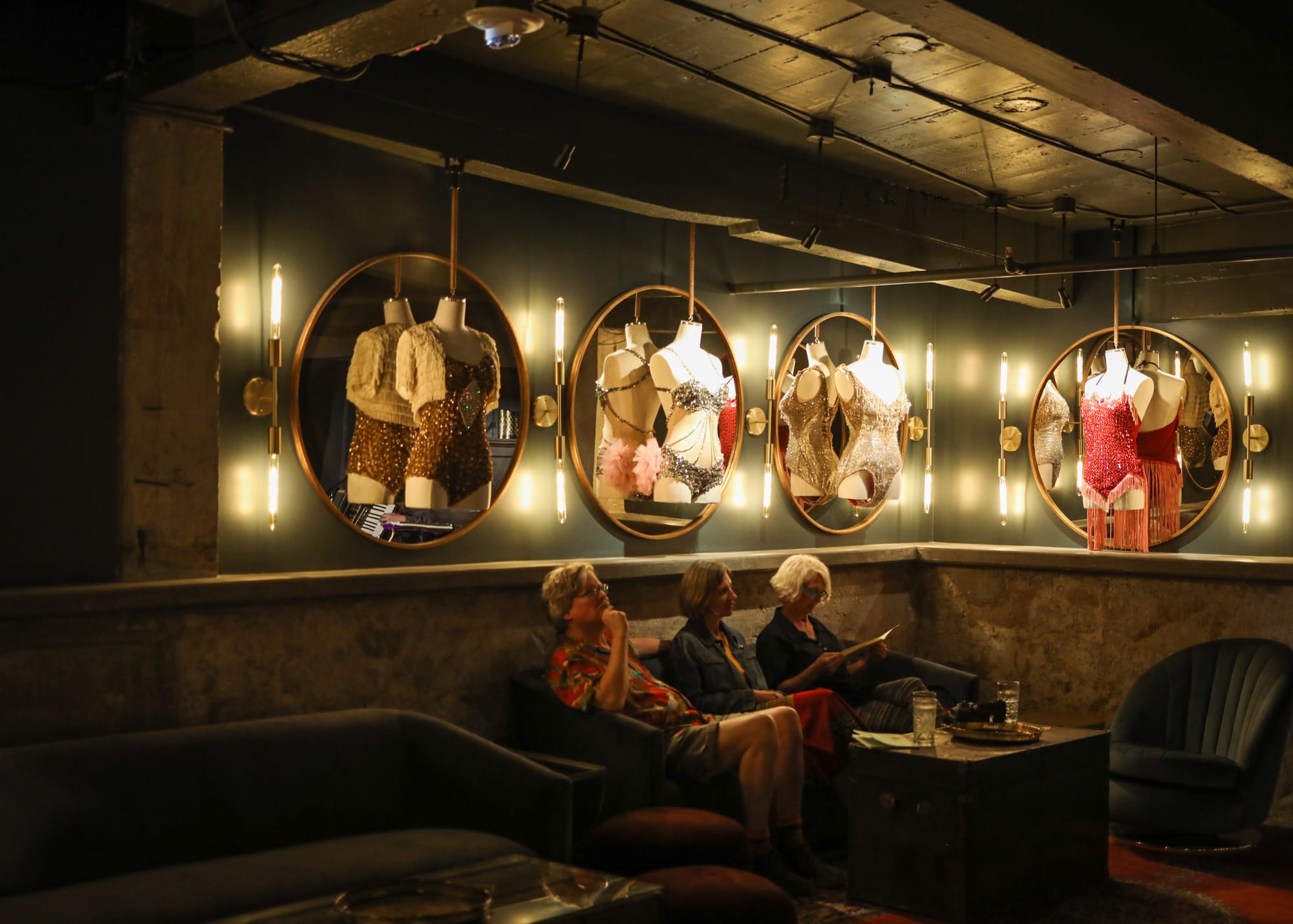 The main bar area is flanked by booths with plush red curtains that are original stage curtains from the Orpheum’s sister theater in St. Louis, Missouri, and which can be drawn for clandestine tête-à-têtes. Guests need not leave the privacy of the booth even to order drinks; there’s a button at each booth that illuminates a red light above it, signaling to the bartender that you’re ready for another round. 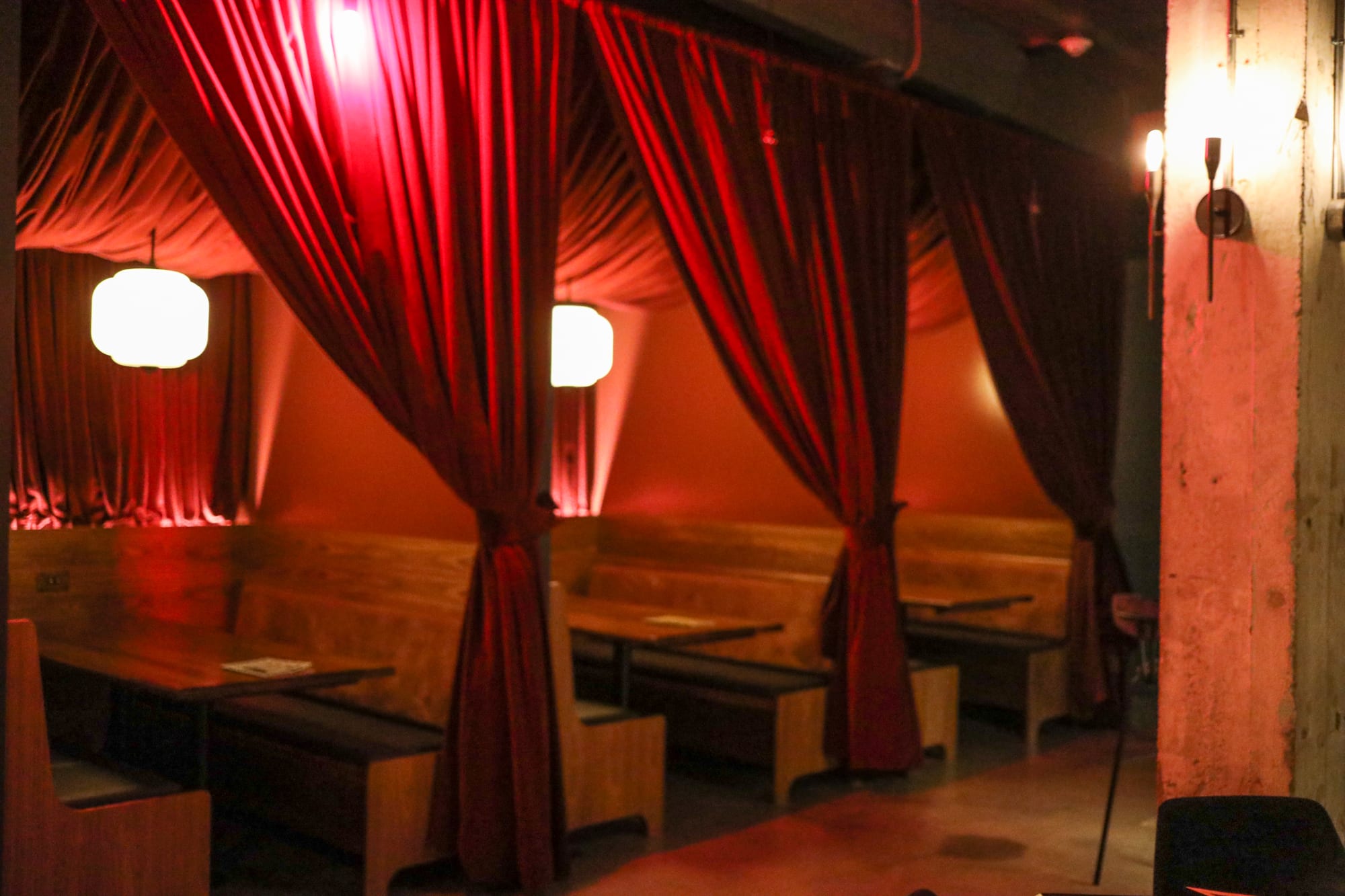 Similarly, there’s a row of private two-tops behind the bar, each with a mirrored porthole that opens to the bar. Hit the button to illuminate the light on the bar-side of your porthole, and the bartender can serve you directly through the opening. 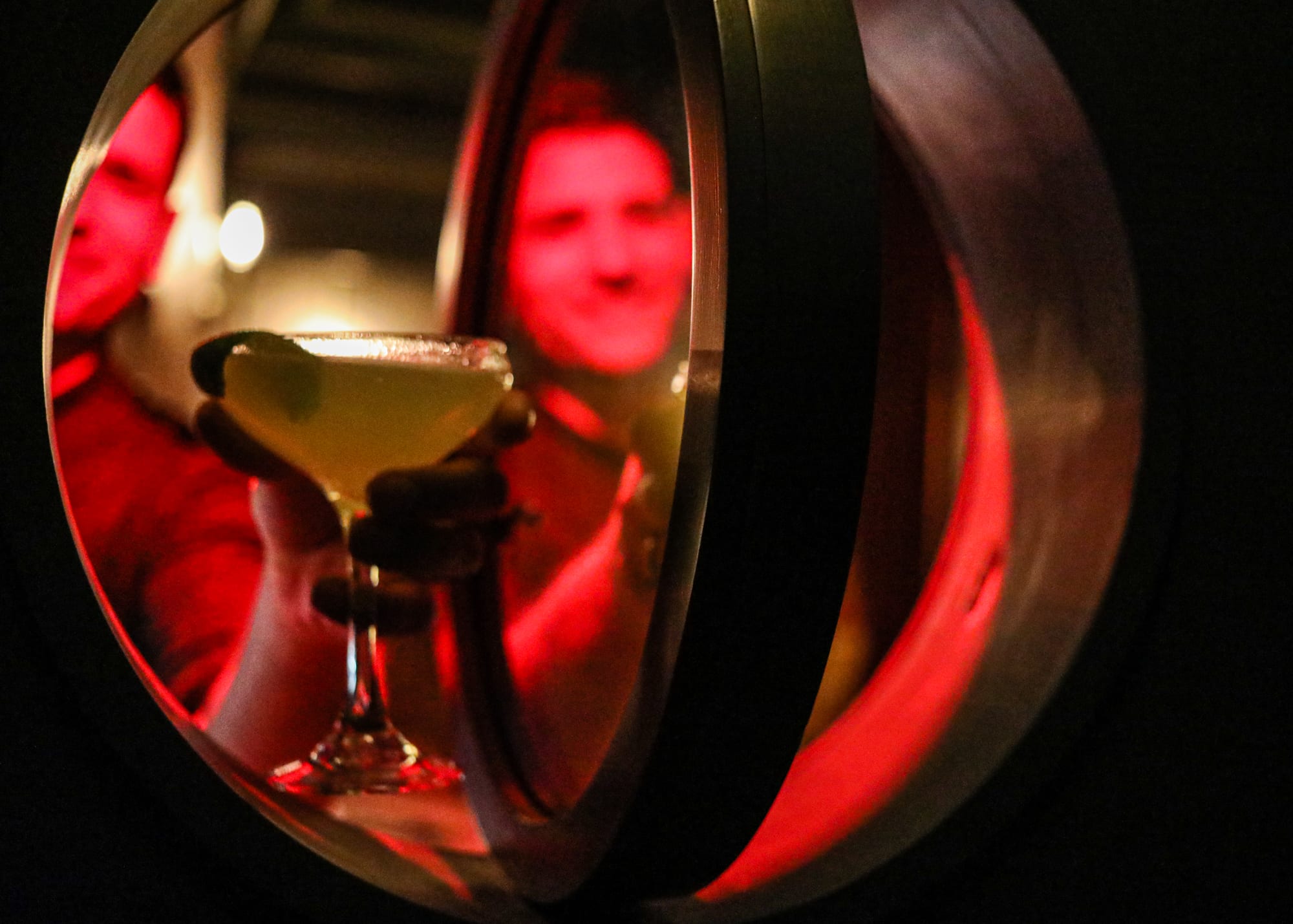 Then there’s the back whiskey bar, which is wallpapered with pieces of old theater backdrops from early productions at the Orpheum, and whose light fixture connects to vintage pulleys that were used at the theater. 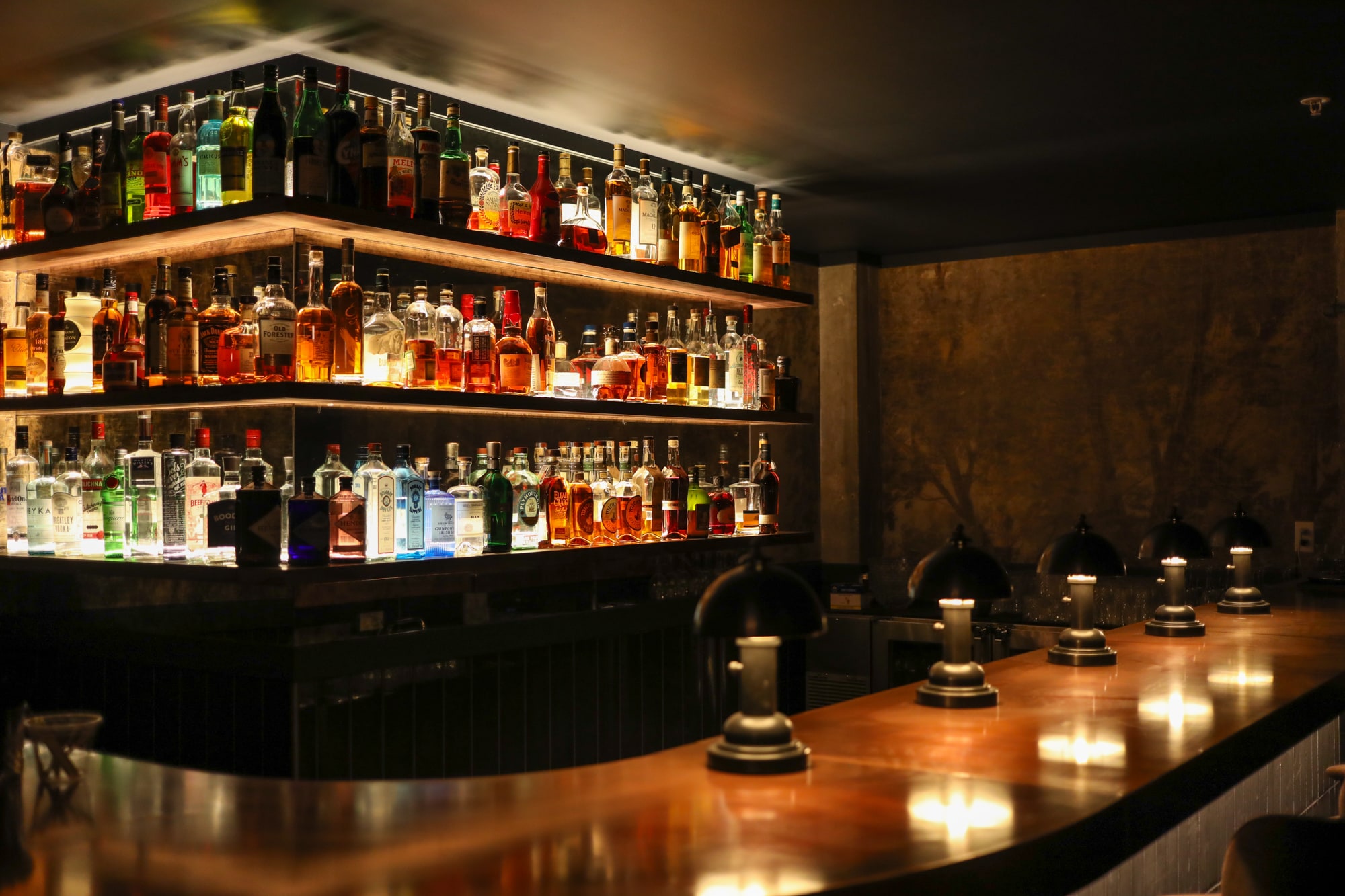 There’s also the ‘poker room’, where the centerpiece of the table is a tribute to Barry, a dedicated Orpheum stagehand who met a tragic demise in a car accident after a long shift in the ‘70s, and whose ghost is said to benignly haunt the place. (The tribute is, of course, a cocktail crafted with Black Feather Bourbon, “the spirit of the ERG Family of Companies.” ERG Enterprises owns the Orpheum and the Double Dealer.) 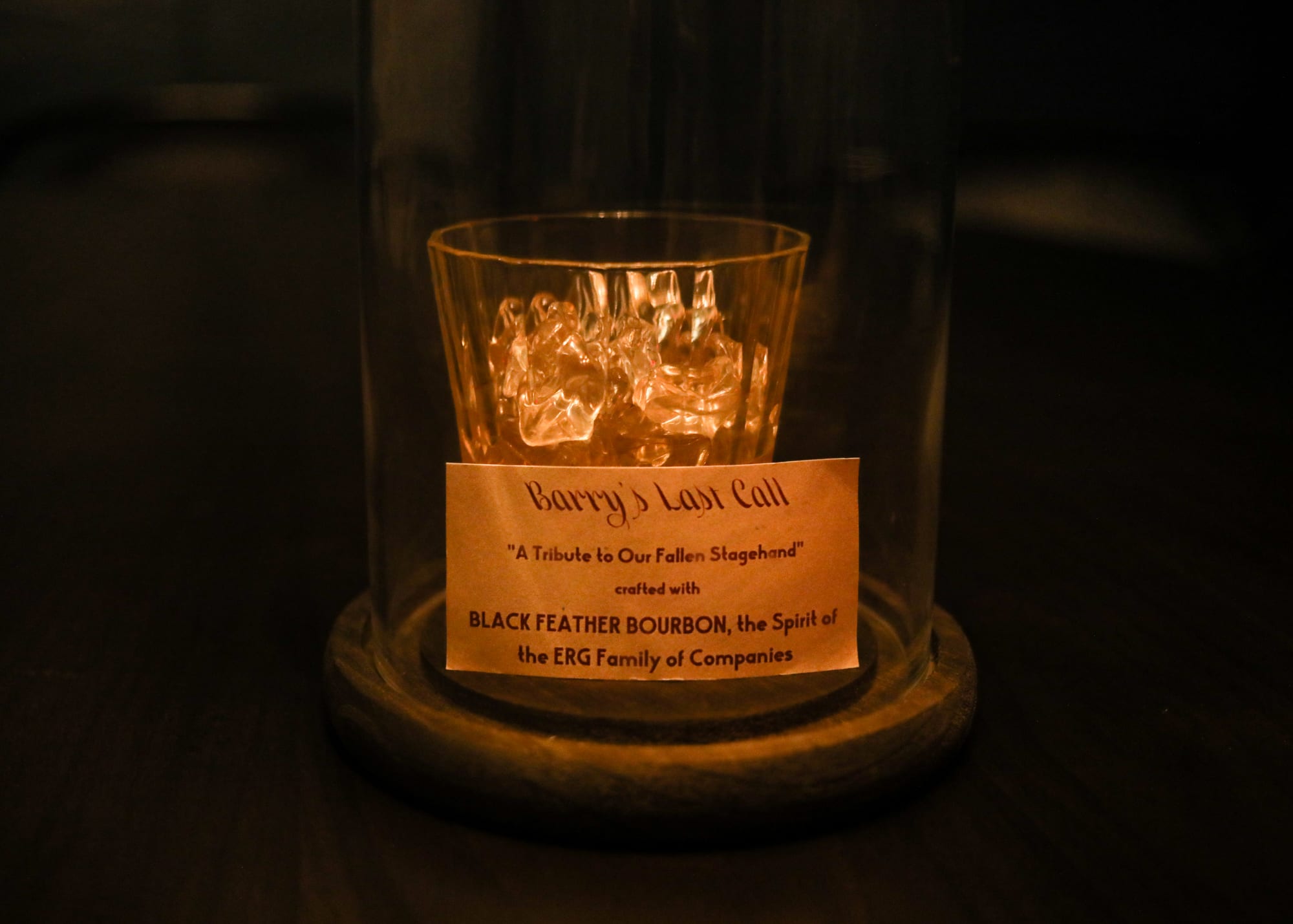 So the next time you’re feeling dry-mouthed, head to this sophisticatedly quirky watering hole. Revel in the historical and literary features; stay, perhaps, until truth dribbles your chin. 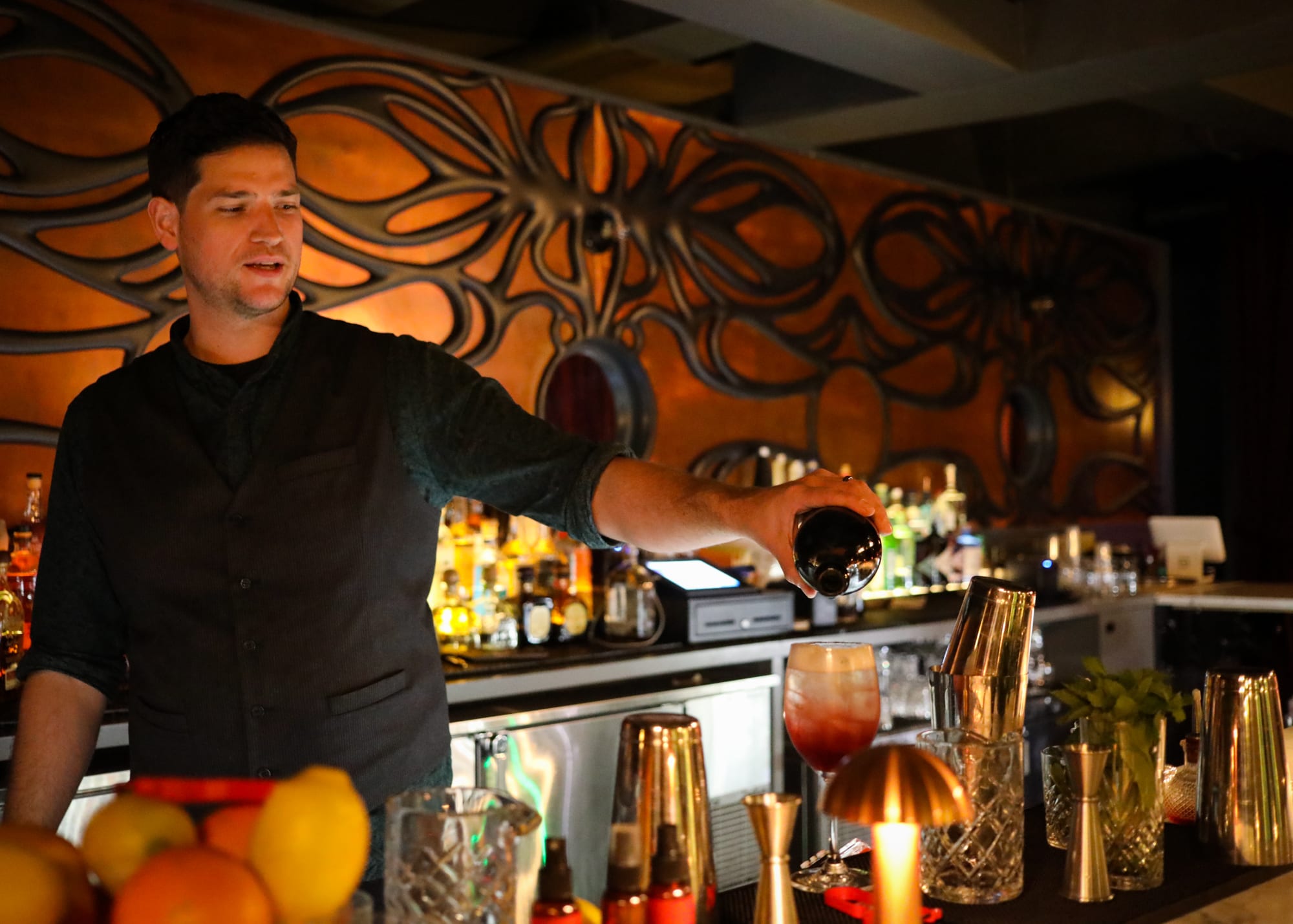 Club Couch: How DJ Raj Smoove brings the beats during the quarantine

In the times of the quarantine, when we’re confined to our homes, a local DJ is spinning up experiences to bring virtual vibes to the public.

Spending a lot of time inside? Spruce it up with NOLA-based decor

Home decor from New Orleans-based artists to spruce up your mood inside and remind you of our beautiful city.

Sundays in New Orleans is for second line culture -- by definition that means getting together. But in the times of the COVID-19 pandemic, the streets are now silent.

Just because you’re at home acclimating to this new life of social distancing doesn’t mean you can’t go on a journey. These 13 albums will take you on a trip...