Food is just better when you know that it’s made with love, care and, possibly, some old family recipes.

Leslie Knope: “Why would anyone ever eat anything besides breakfast food?”
Ron Swanson: “People are idiots, Leslie.”

It’s this exchange from “Parks and Rec” that sums up my feelings about breakfast perfectly. When done right, breakfast is the perfect meal — something hearty that sticks to your ribs and fills you up, a caffeinated beverage or maybe some liquor, if you’re feeling feisty. What more could you want in the world? Unfortunately, the Algiers area seems to be lacking in diverse, decent and affordable breakfast options. There’s just something about a sit-down, home-cooked breakfast restaurant that just makes you feel a certain way. Food is just better when you know been that it’s made with love, care and, possibly, some old family recipes. I’ve always wanted something more than the same old thing, so when I heard an actual chicken and waffles restaurant was opening in my neck of the woods, I couldn’t get over there fast enough.

There’s something magical about delicious juicy fried chicken paired with sweet waffles and it all just makes my heart skip a beat. Normally, I would never even think to dip chicken in maple syrup, but you really have no other choice when it’s all RIGHT THERE, ready for the dipping. And, as it turns out, maple syrup is the perfect addition to fried chicken. Whoever came up with that combination must be some sort of culinary genius. Maybe it’s the mix of savory and sweet that can turn an entire day around and just make life a little better. OK, maybe I’m getting a little ahead of myself. 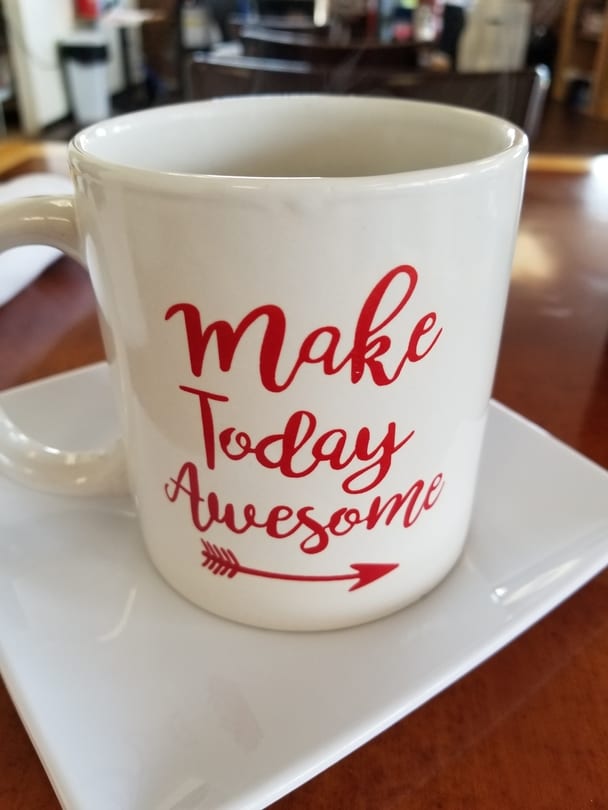 Freddie’s Chicken ‘n Waffles, located at 3518 Kabel Drive in Algiers, first popped up on my radar when I just happened to be doing an online search for breakfast, as you do. Not only is this spot a family-owned breakfast joint, but it has salads and po’boys, on the off chance that lunch is more your thing, and its menu seems to be expanding constantly. Since I’m not super aware of any other restaurant on the Westbank that makes legit chicken and waffles, I was excited to see what Freddie’s had to offer.

When I stopped in, the first thing that made an impression on me was the wide-open seating area and all of the light pouring in through the windows. I know this seems like an odd thing to mention, but being able to see the outside world is something I enjoy at a restaurant. My coffee was served in a “Make Today Awesome” mug and there was New Orleans jazz playing over the stereo, and the combination of both immediately put me in a good mood.

On to the food. On my first visit, I ordered the blueberry waffles with fried chicken and, what the heck, let’s throw in a side of grits. When my food arrived, you really could have knocked me over, because there was so much of it that I barely knew where to start. For $11, I got four really big pieces of juicy, fried, white-meat chicken and four waffle wedges with maple syrup on the side for dipping or pouring. I loved that the chicken was fried to golden perfection and it was tender, crispy, and juicy. The waffles were thick and fluffy and the blueberry flavor was tasty without being too sweet or overwhelming.

For $3, my side of grits was huge and I really liked them, as well. The savory taste of the chicken and the grits balanced out the waffles well and it made for a perfect breakfast/brunch/lunch. If chicken and waffles aren’t your thing — not judging… but, kind of judging — Freddie’s have other breakfast goodies, such as omelets, pancakes, French toast, seafood and grits and a wide variety of kinds of eggs Benedict. It also has sausage, bacon, ham, and steak for the meat lovers and they have vegan options for those who tend to go for the healthier choices. I went back for a second time, strictly for research, and no other delicious reason, and I went “all in” on the waffles. Along with my fried chicken, I got a blueberry waffle AND a strawberry waffle. I love that their fruit waffles come topped with fresh fruit. Freddie’s also isn’t afraid of more dessert waffle options. It has a Reese’s peanut butter cup waffle on the menu! I know what you’re thinking — but there is no such thing as a wrong kind of waffle. I haven’t tried it yet, but I plan on indulging on my next visit. No matter what you crave, it’s safe to say that Freddie’s has you covered. 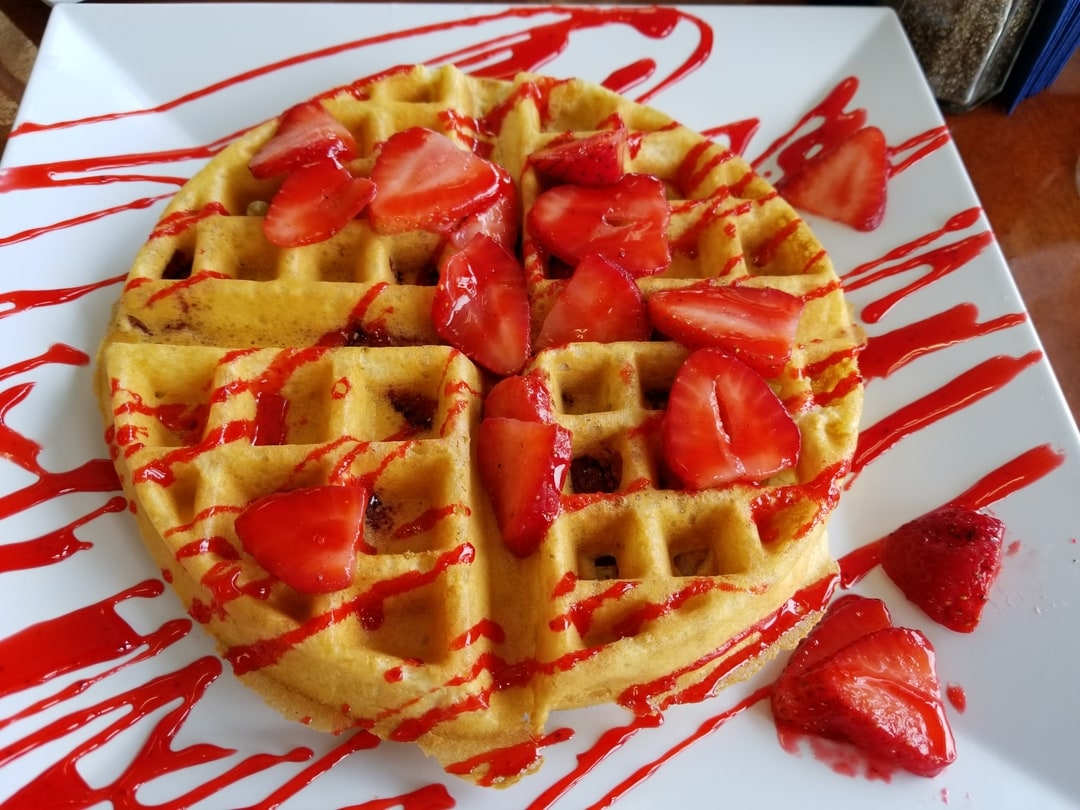 As for the staff, I couldn’t have been more pleased with the service. Everyone was so nice and welcoming and made sure that I had everything that I needed and that I was enjoying everything. I also really appreciated that the owner, Daniel Brown, took a moment to come over and make sure that everything was to my liking.

Daniel said he decided to go into the restaurant business because, as an Algiers resident, he was frustrated that there were so many chains in the area and not enough local joints. He opened Freddie’s, named after his mother, with the goal of cooking good food that everybody is sure to love. He said, “I was born in Algiers and then, after living in six different states, I ended up back in Algiers to start my family: one beautiful 6-year-old daughter and another on the way. I’ve been in the restaurant business since 2007, and I’ve worked all over the city and, even though I’ve seen new restaurants spring up all the time in other parts of the city — I’ve even helped a few of them — in my opinion, Algiers was always treated as the stepchild. My wife and I have been living here for years and we know all too well the lack of options that Algiers has compared to other parts of the city, and we wanted to help change that. So, even though every single one of my mentors told me not to put something here, we did it anyway because we believe Algiers residents should have the great dining options that the rest of the city gets to enjoy.”

This spot takes cash and cards, so don’t be afraid to break out the plastic. Freddie’s also does a prolific takeout and delivery business, for those of us who are maybe a little too busy to sit down and enjoy a yummy breakfast or lunch. I can definitely see myself taking advantage of this feature in the future. Freddie’s is also interested in catering your next event and, let’s be honest, fresh waffles are sure to make any event a lot more fun.

I am so delighted that a spot such as this has settled into Algiers. It has have only been open a few months, and I’m sure that, once word gets out, this will be the place to be. The hours at Freddie’s Chicken ‘n Waffles hours are Monday and Tuesday, from 7 a.m. to 2 p.m. and Thursday through Sunday, from 7 a.m. to 6 p.m. It is are closed on Wednesdays. The restaurant can be reached at (504) 827-1688 and you can order delivery through Waitr, Postmates, GrubHub, Seamless and Doordash.