Mardi Gras is coming fast, and you know what that means: costumes galore! Whether you’re getting ready to dance in a marching group, you’re riding in a parade or you’re walking the streets along the parade route, Carnival is a season of costumes.

Even the smallest details matter and lashes can instantly elevate a look.

Chimera Lashes, made by hand locally by lash designer Ingrid Victoria, have been seen gracing the faces of everyone from Pussyfooters to numerous “RuPaul’s Drag Race“ alums. You can buy them at just about every costume store in town.

We interviewed her to find out how her eye-opening designs are taking over:

Can you tell me a little about Chimera Lashes?
“Chimera Lashes are an extravagant costume eyelash that I make out of a type of paper called 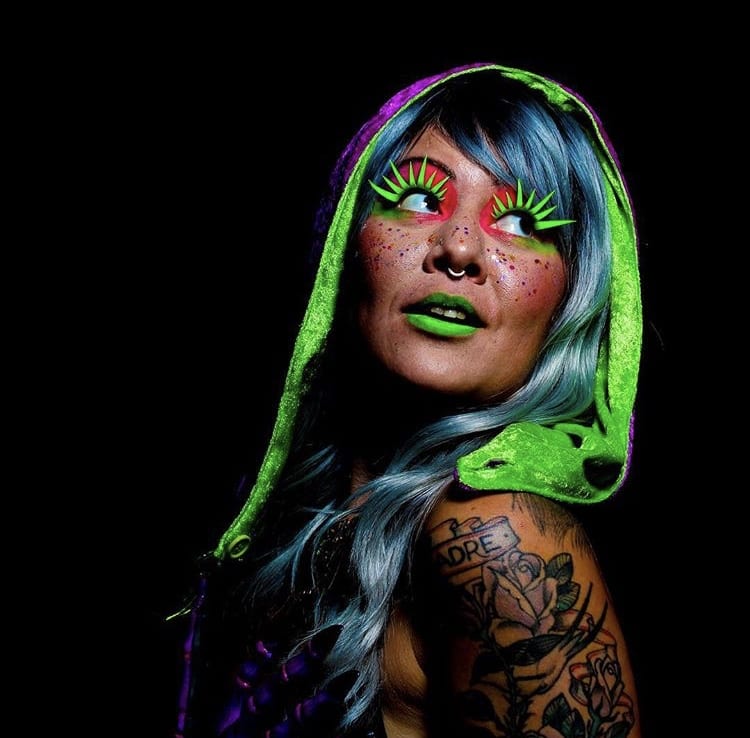 card stock. I put a sealant over it that makes them water-resistant and reusable for up to ten times or more. If you take really good care of them, I know people that have worn them way more than ten times. I handcraft them all and they come in an array of different colors. Some are holographic. Some are black light reactive. The glitter line is really popular. They do really well down here especially for Mardi Gras and Halloween.”

How did you get into making them?
“I have been a costume designer for a while, kind of just making my own stuff for high school and making my own self up as well. I’ve always been into character creation so it wasn’t a far leap for me to experiment in the realm of eyelashes. I like inventing things. This isn’t my first invention. I initiated this Mardi Gras promotional shoot for me to promote my makeup and my friend, a headdress maker Caroline Thomas, to promote her headpieces. And they are so extravagant and huge, I was racking my brain on how I could balance out the weight that’s on the head along with the face. It made sense to whip up some paper lashes and color them and popped them on the model’s face, and once the pictures hit social media, everyone was commenting on the lashes. That’s when my now-business partner, Angee Jackson, she called me up and was ecstatic about it and said, ‘This is it. This is your big idea.’” 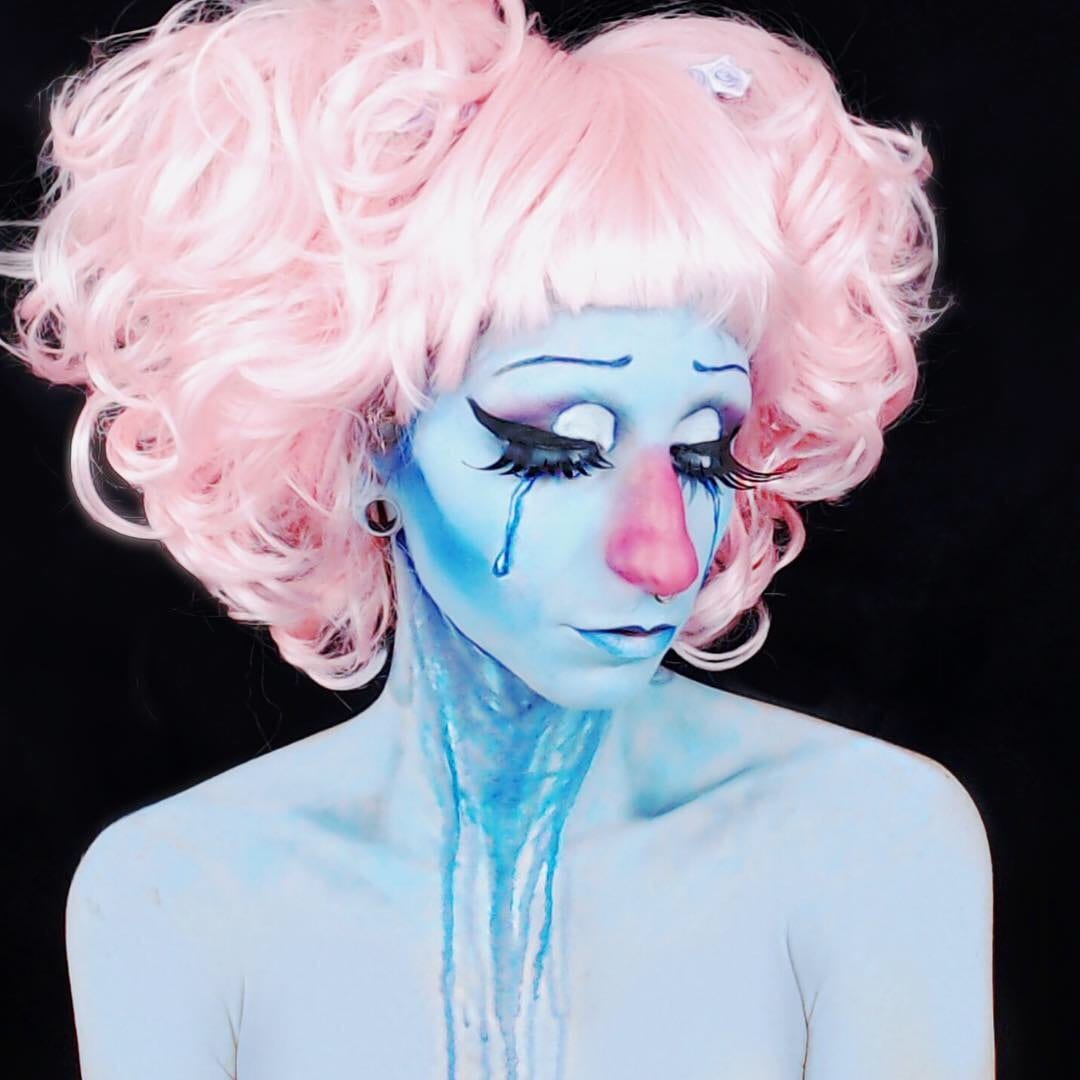 You hand-make all of them?
“It’s a multiple-step process. I have some things here and there to help me out just to make things go faster but for the most part, I do them all by hand. It takes me quite a while. I would love to create a machine to curl them for me. The great thing about them is they’re very malleable. I find that newbies think that they’re going to rip them or break them when they’re handling them, but you can really put it in any curl or shape that you desire. They’re pretty tough. I always encourage people to cut them, stack them, use individual lashes if you want and just be as creative as you want with them. You don’t have to use them like they are, straight out of the package.”

What is the biggest platform you’ve seen them?
“We have gone to RuPaul’s DragCon the past three times in New York and LA. I definitely get celebrity drag queens and they love them. I think the biggest platform we’ve seen them on is Netflix. On the series ”Dancing Queen”,on the first episode, a gay couple is getting married and they’re wearing our lashes in their ceremony, so that was pretty big. That show is all about Alyssa Edwards, a pretty popular drag queen. They’re pretty popular with the marching krewes. Last year, for Mardi Gras, I was seeing them all over the place.”

Lashes seem like such a small thing, but it really can make a look.
“These aren’t small. It’s framing the eye and the eye is one of the first things that draws your attention when you’re talking to someone. It’s adding extra flair and it’s like a bigger ‘Hello,’ especially the colorful ones. Let’s say you are in a marching krewe. If you’re marching along and someone happens to look at you, they’re going to notice the lashes because they’re coming at you! It may seem small but it’s this extra little thing.” 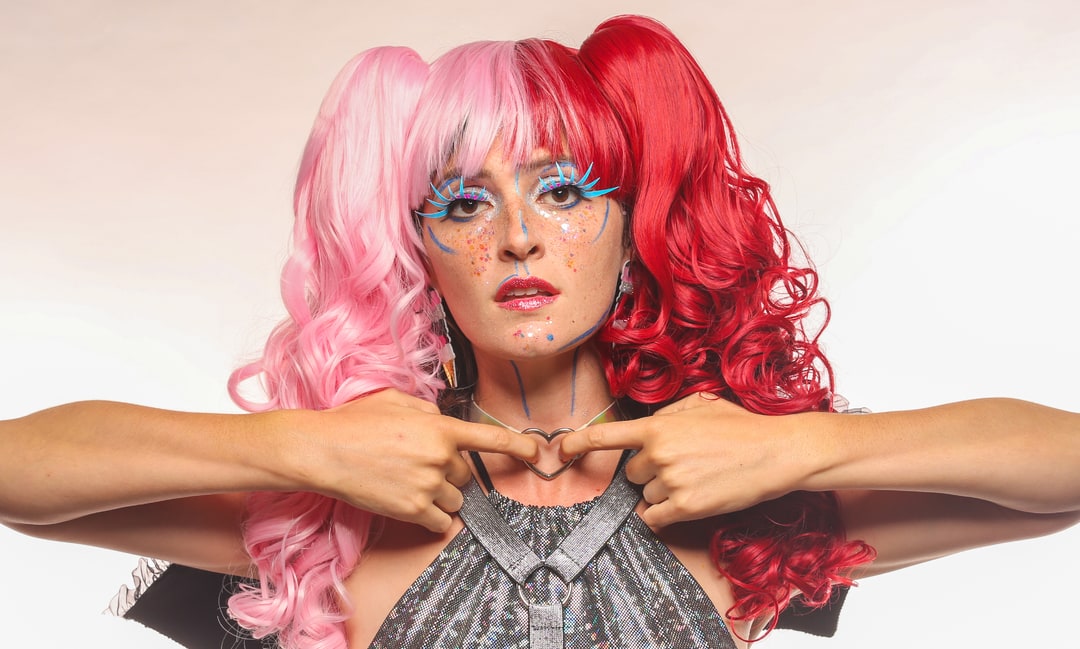 Now that they’ve become so popular, how does it make you feel to be a successful female entrepreneur?
“I’ve always felt like I was an entrepreneur at heart. I didn’t know what was 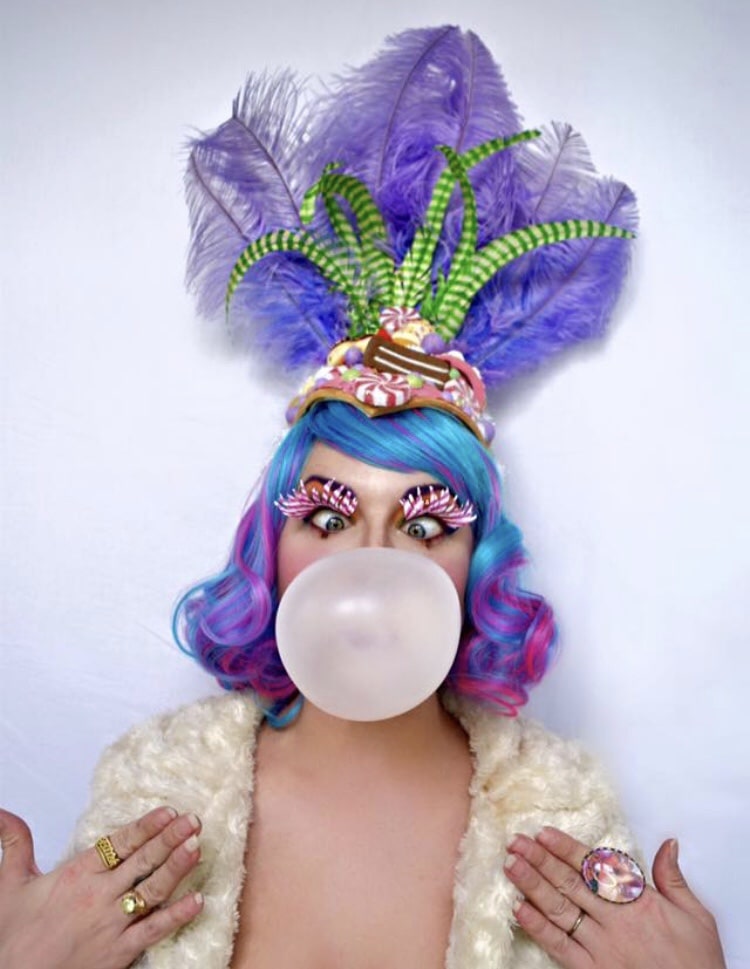 going to be that thing that I’d create that was going to be successful. But I knew that I wanted to work for myself, and I knew I wanted to make something that either wasn’t here before or make something that people didn’t realize they needed. It’s funny how it led down this road, lashes. I didn’t know it would come to this, but I knew deep down that I would figure it out. I’m not very good with working for other people. I like to manage and be in control. And I’m happiest when I’m creating something.”

What’s next for Chimera Lashes?
“Saturate the nation more, go international with wholesale. They’re in Austin, Michigan and New York. We’re just going to try to take over the world with them!”

Need help incorporating lashes into your looks? Ingrid is hosting a workshop Feb. 16 from noon until 2 p.m. at Art Garage. Click here for more information and to sign up.
You can also keep up with Ingrid Victoria on Instagram by clicking here.