The annual Go 4th on the River ended with a river barge shooting fireworks on the Mississippi River in New Orleans as seen from the Algiers Point side of the river looking at St. Louis Cathedral in the French Quarter on the other side of the river on July 4, 2019.

Because of the high river height at 16 feet, which is near the minor flood stage height of 17 feet, there was only one barge this year and the barge appeared to readjust itself in the stronger current from higher than normal river.

The Bonnet Carre Spillway is still open upriver to elevate the chance of flooding in New Orleans. 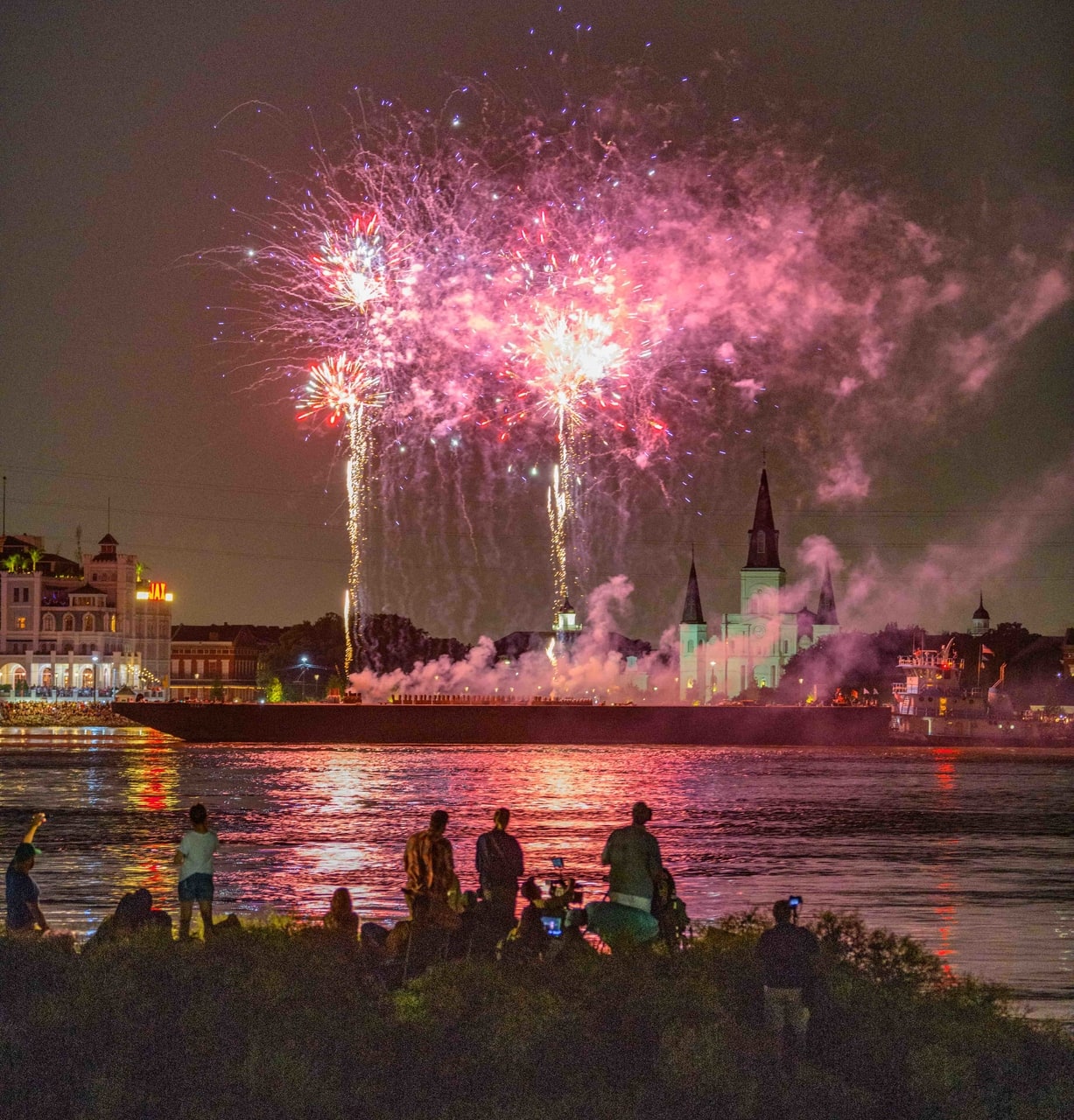 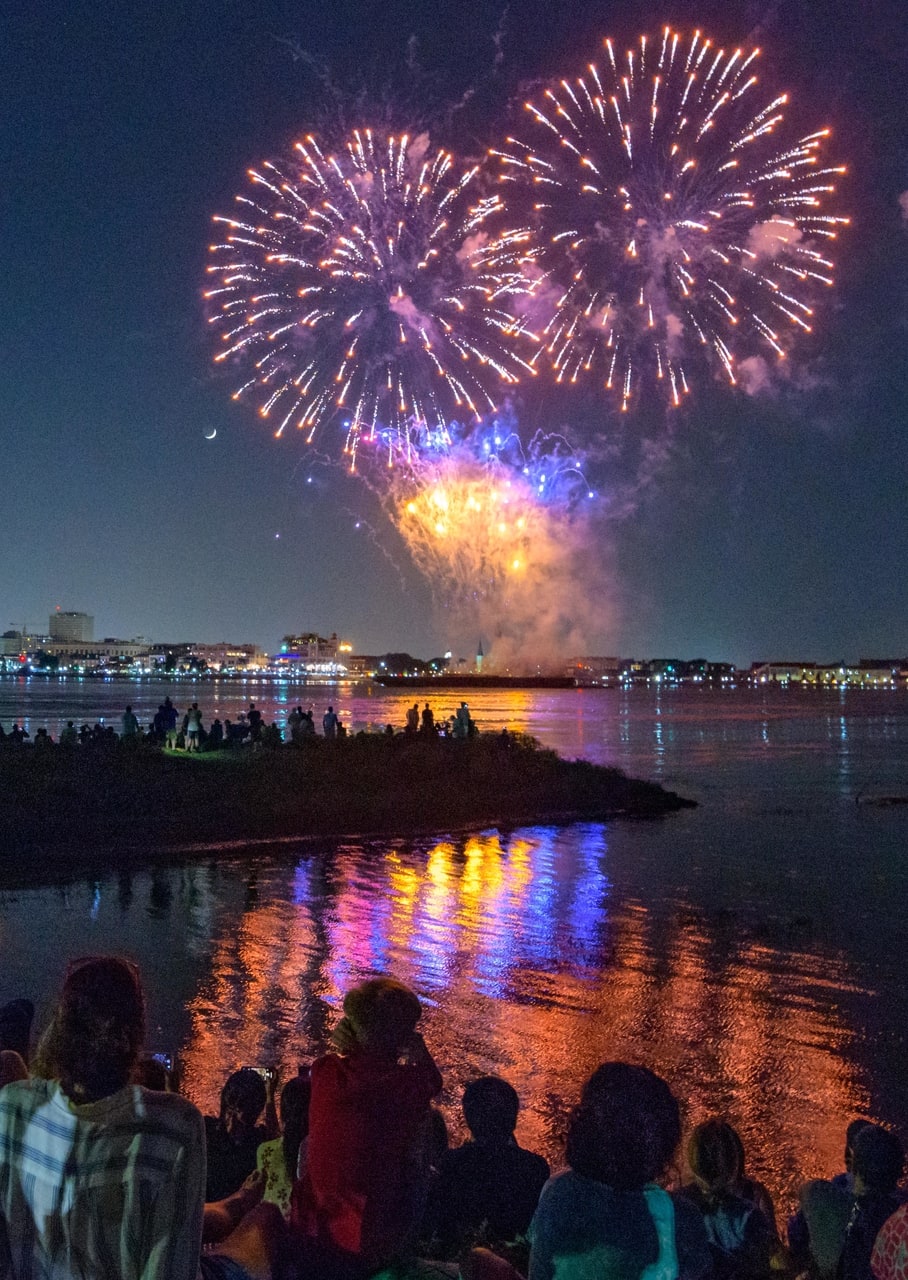 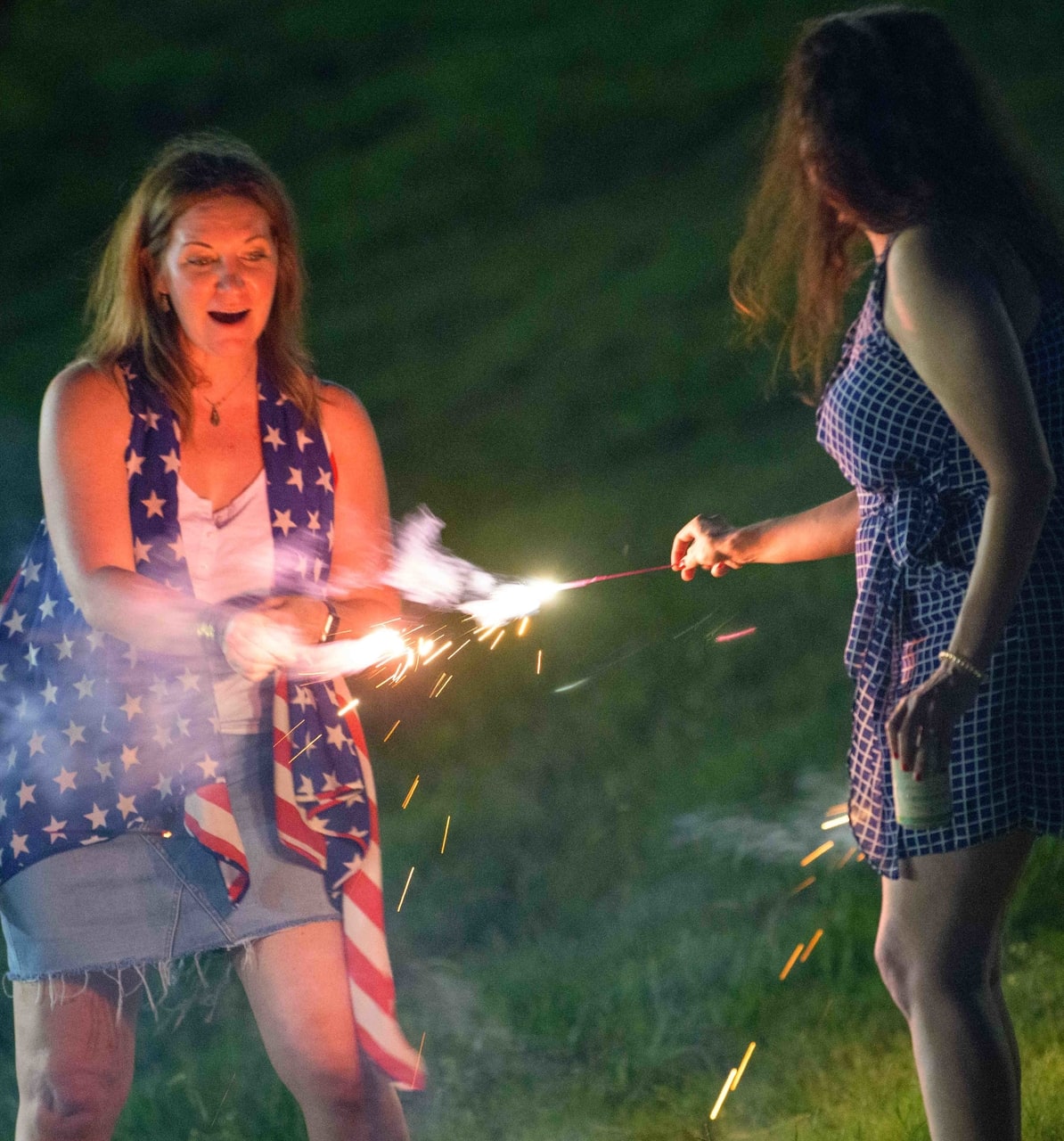 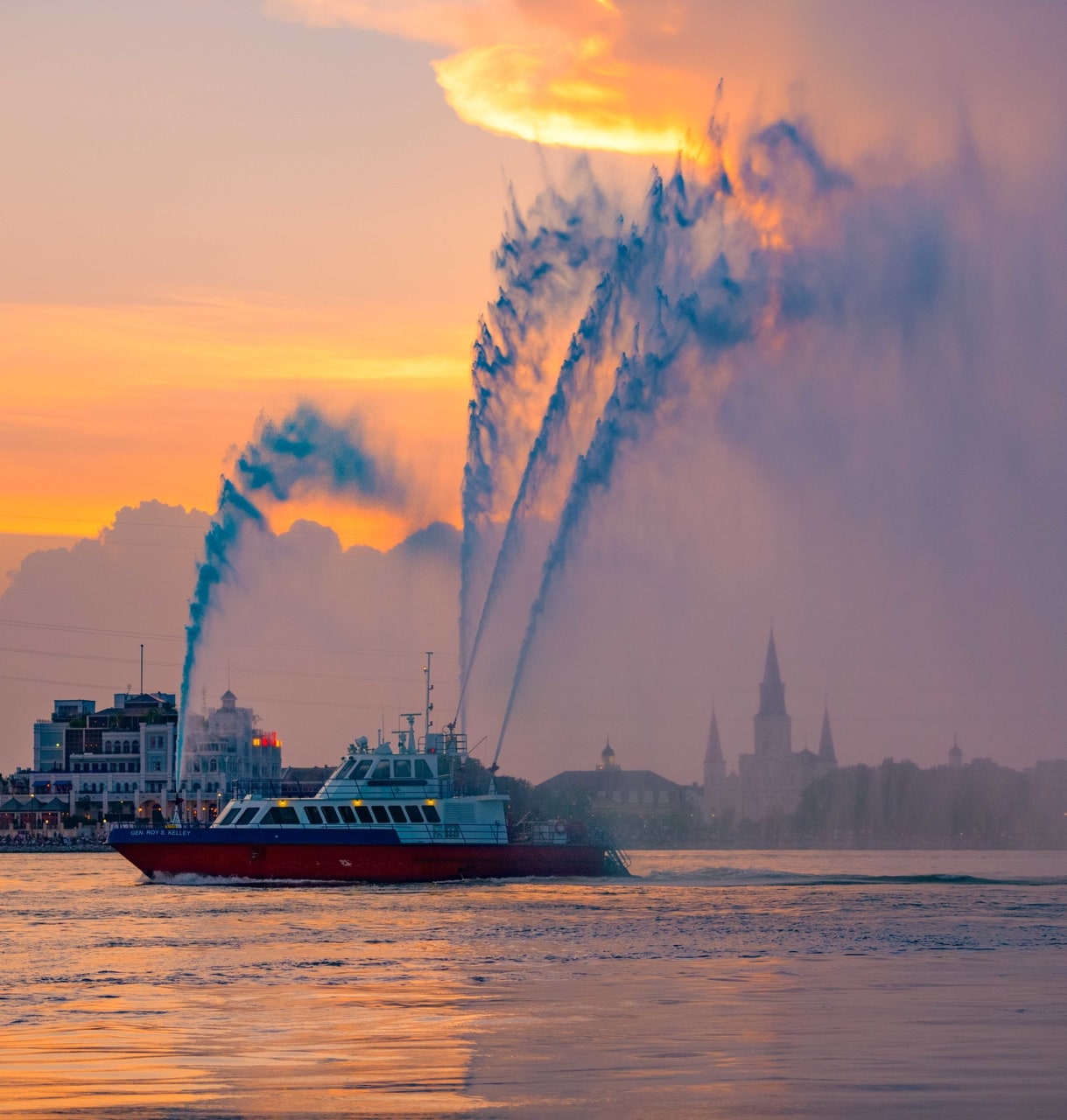 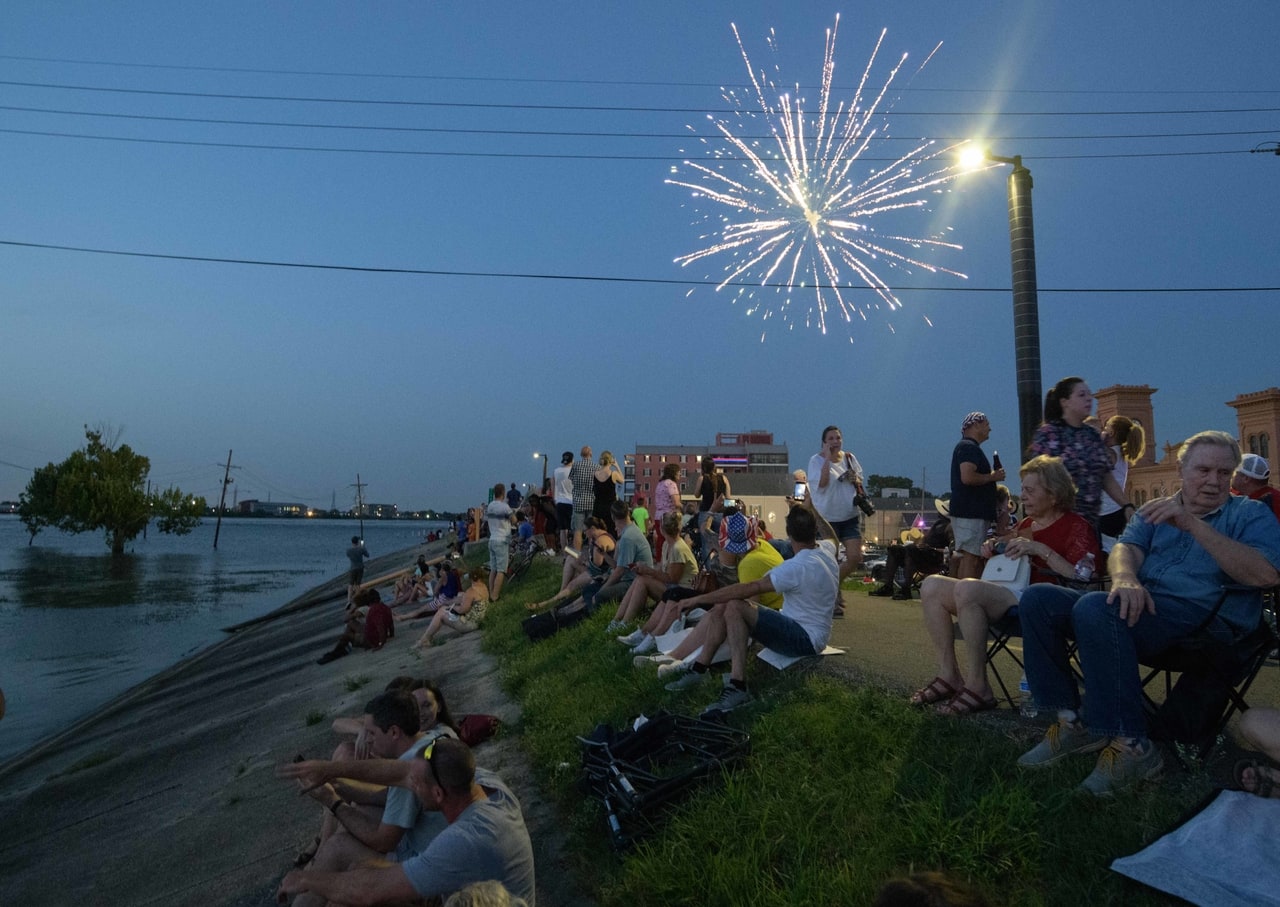 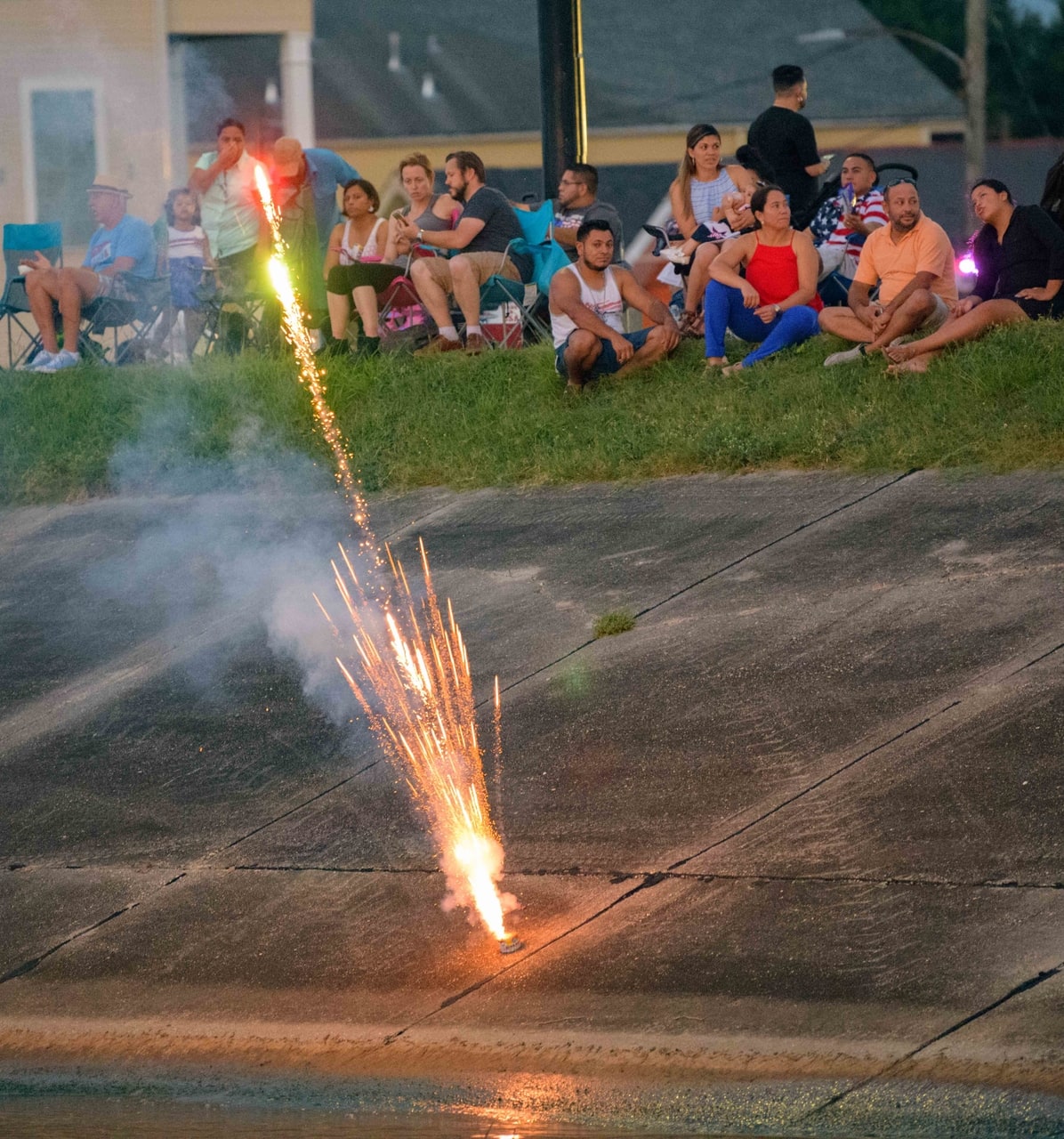 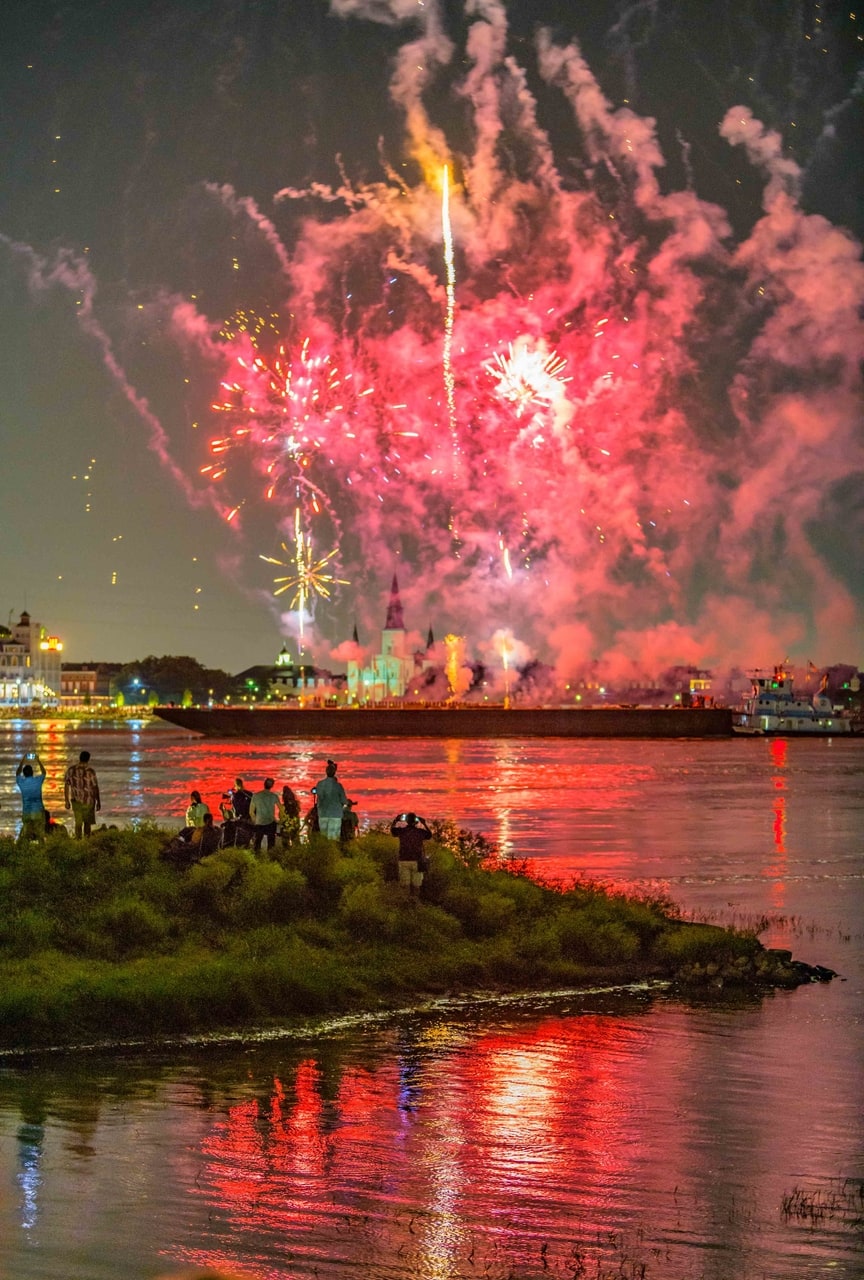 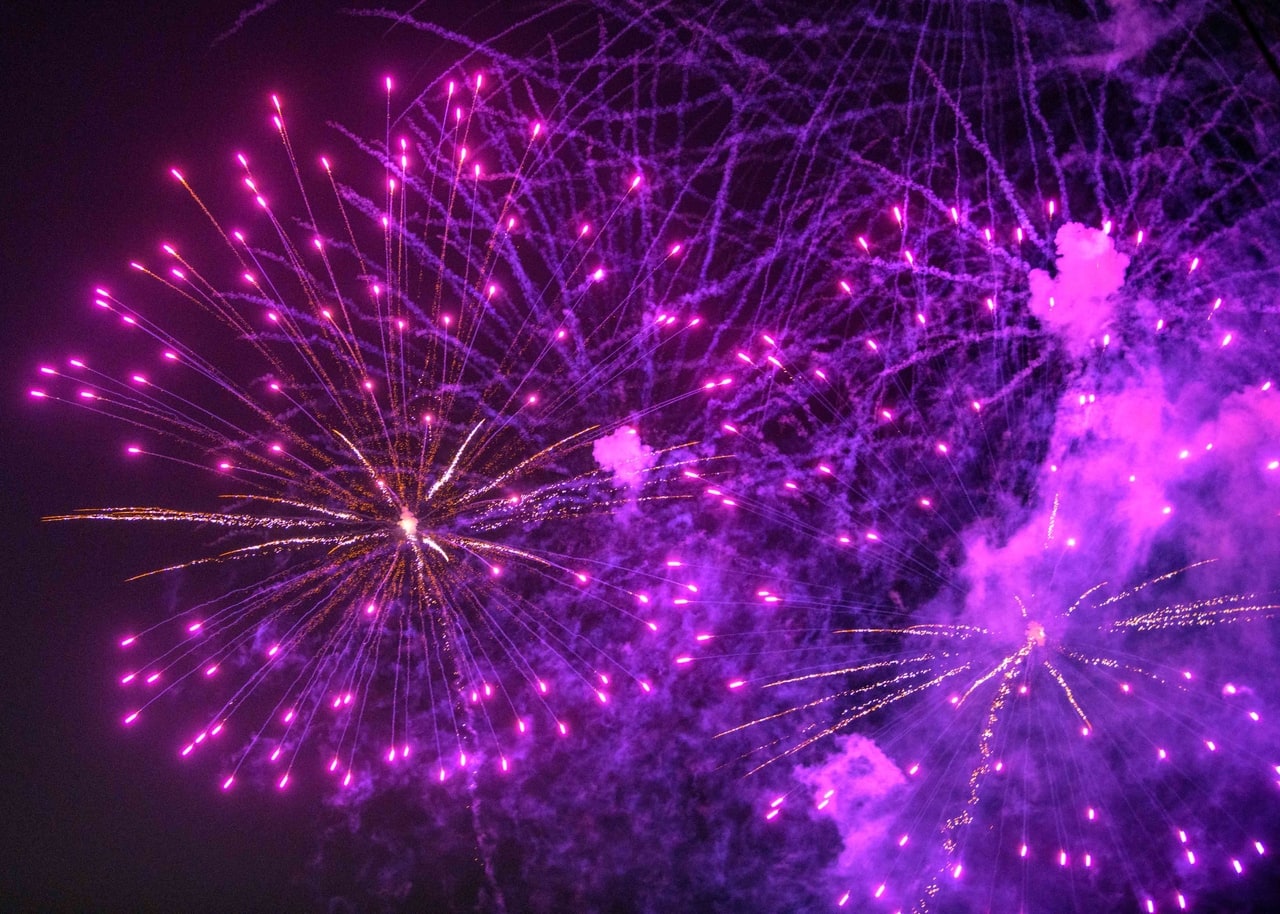 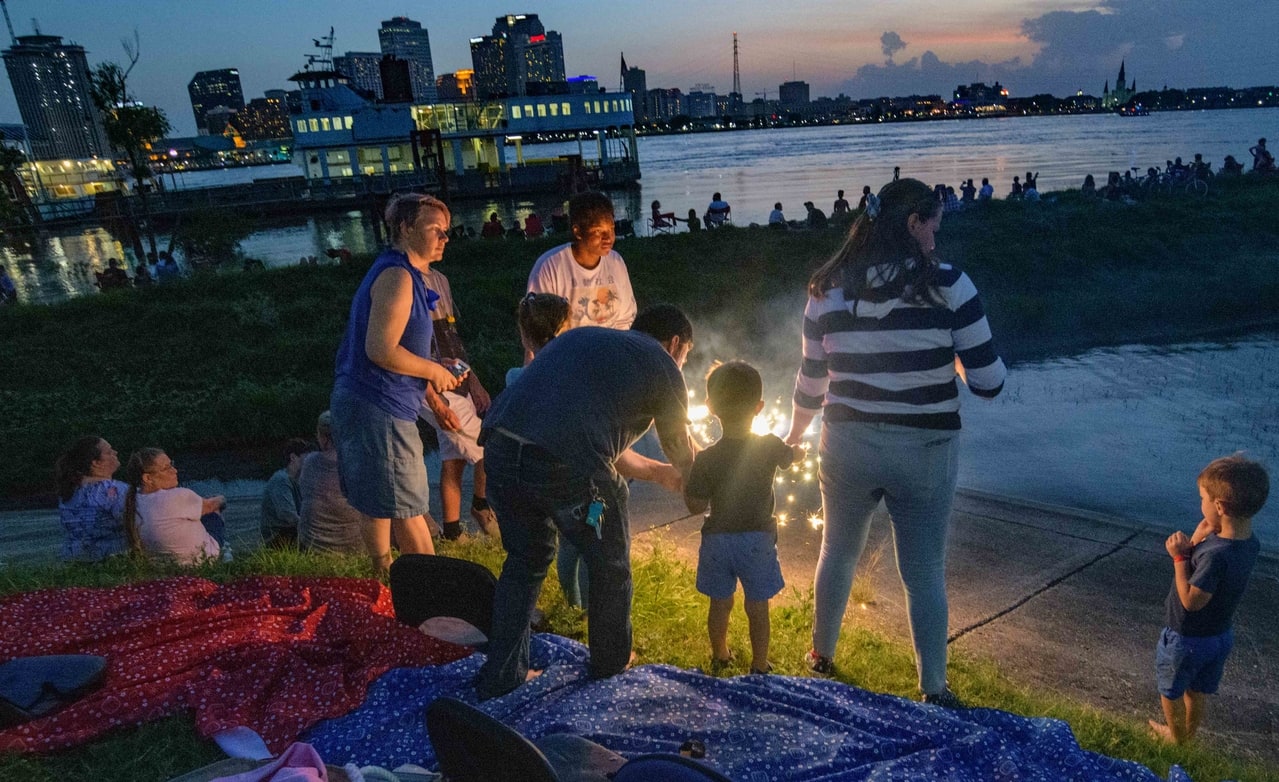 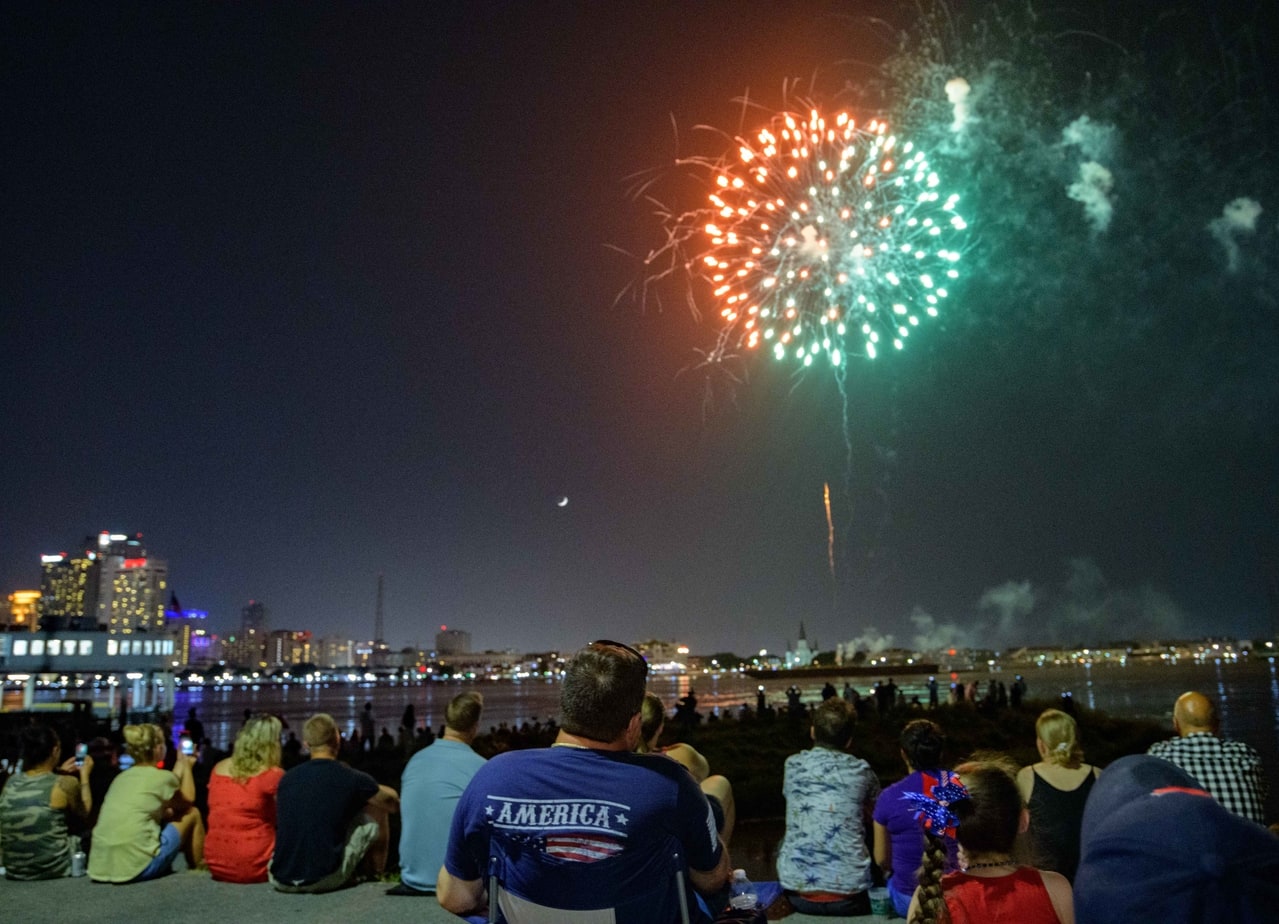 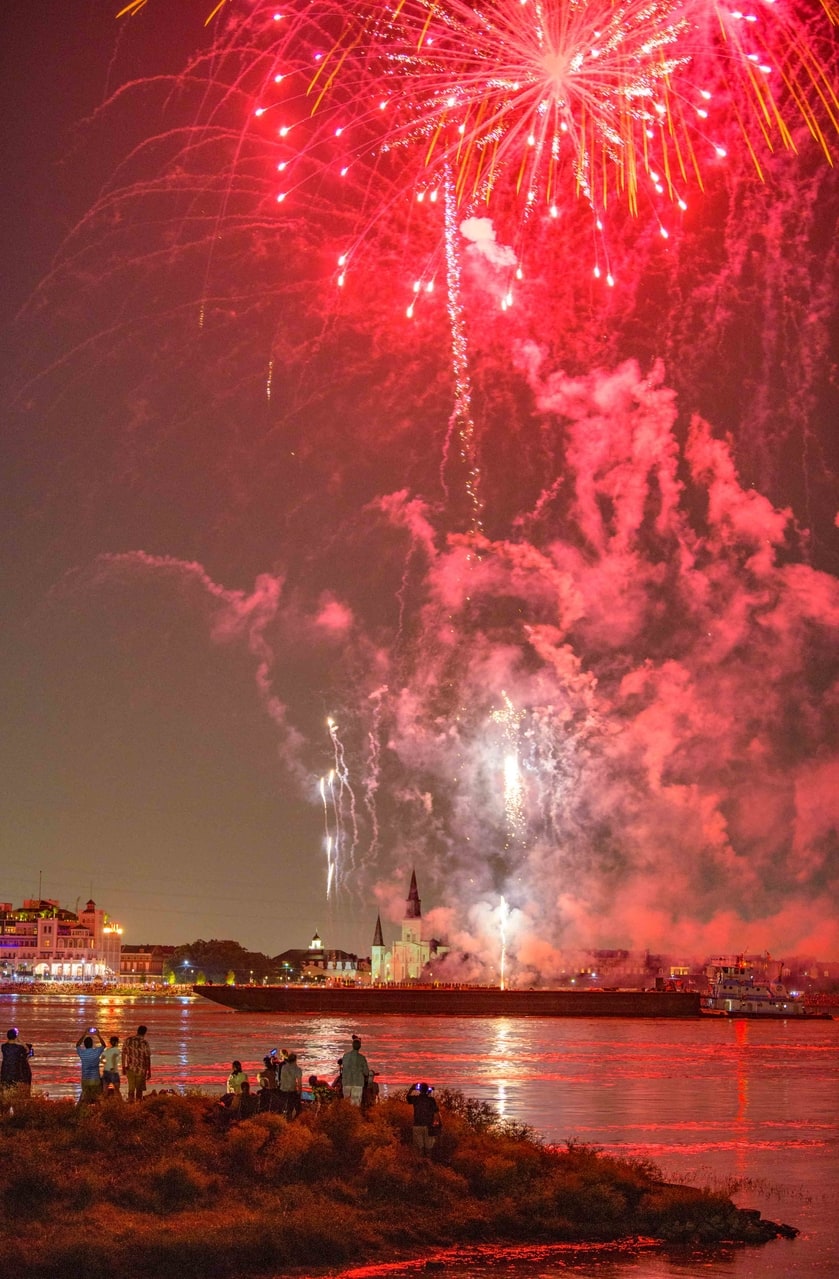 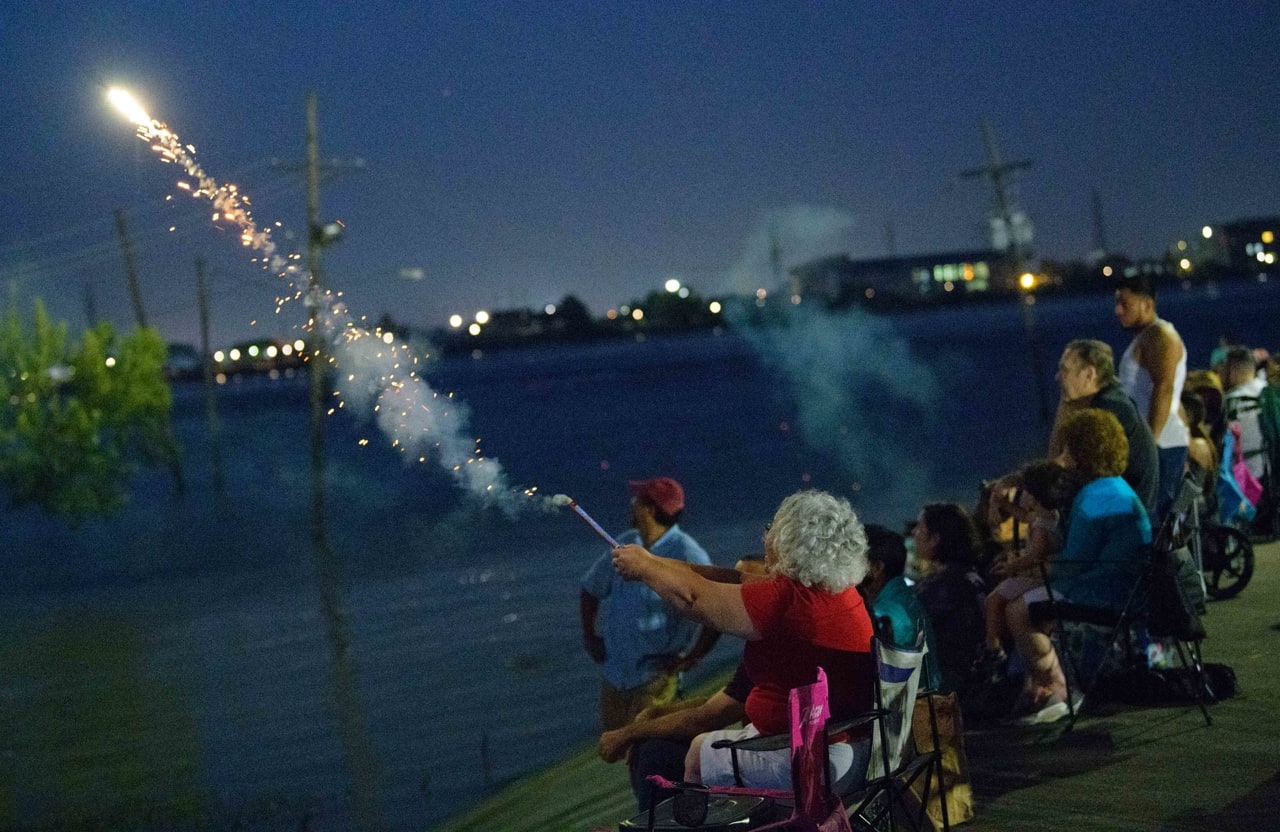 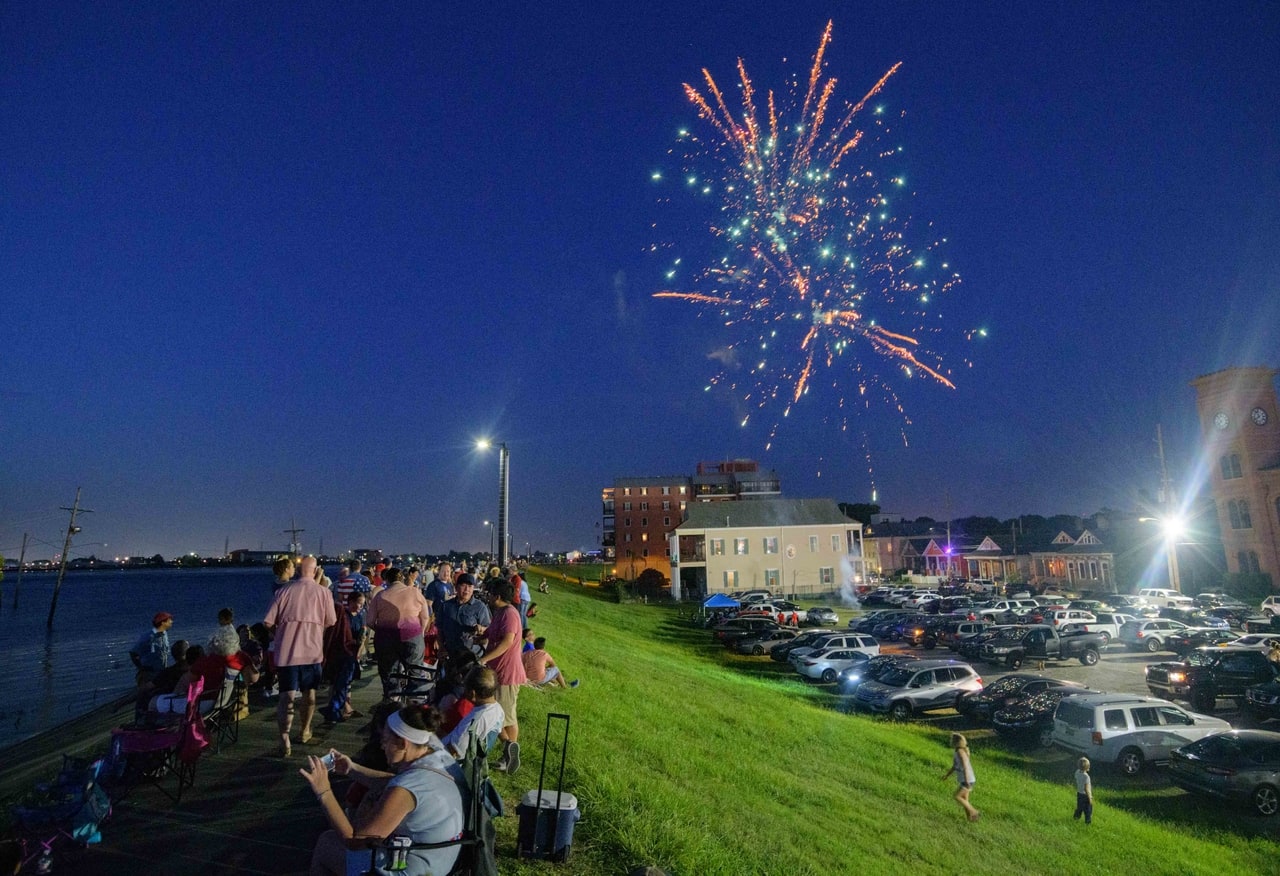 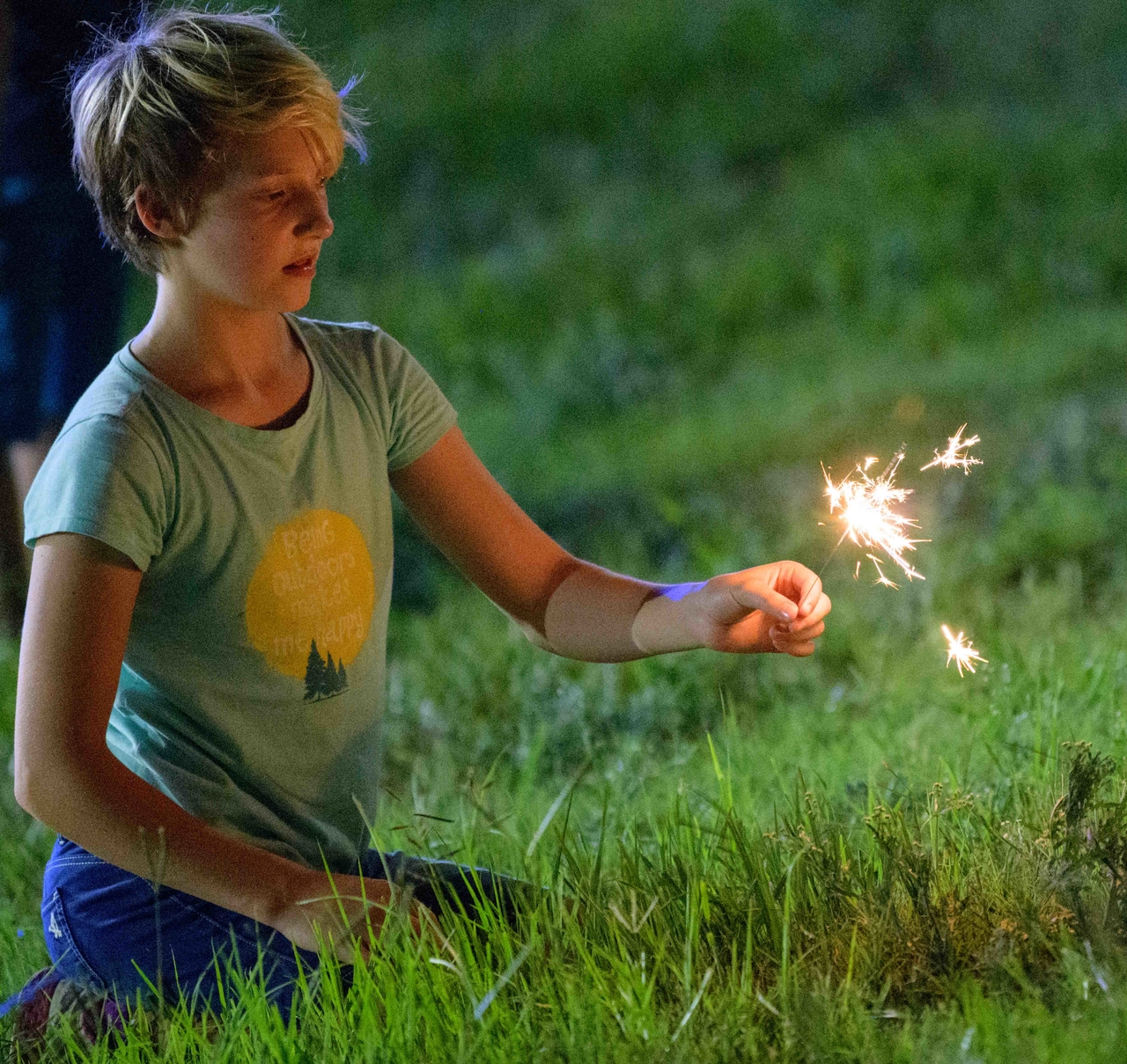 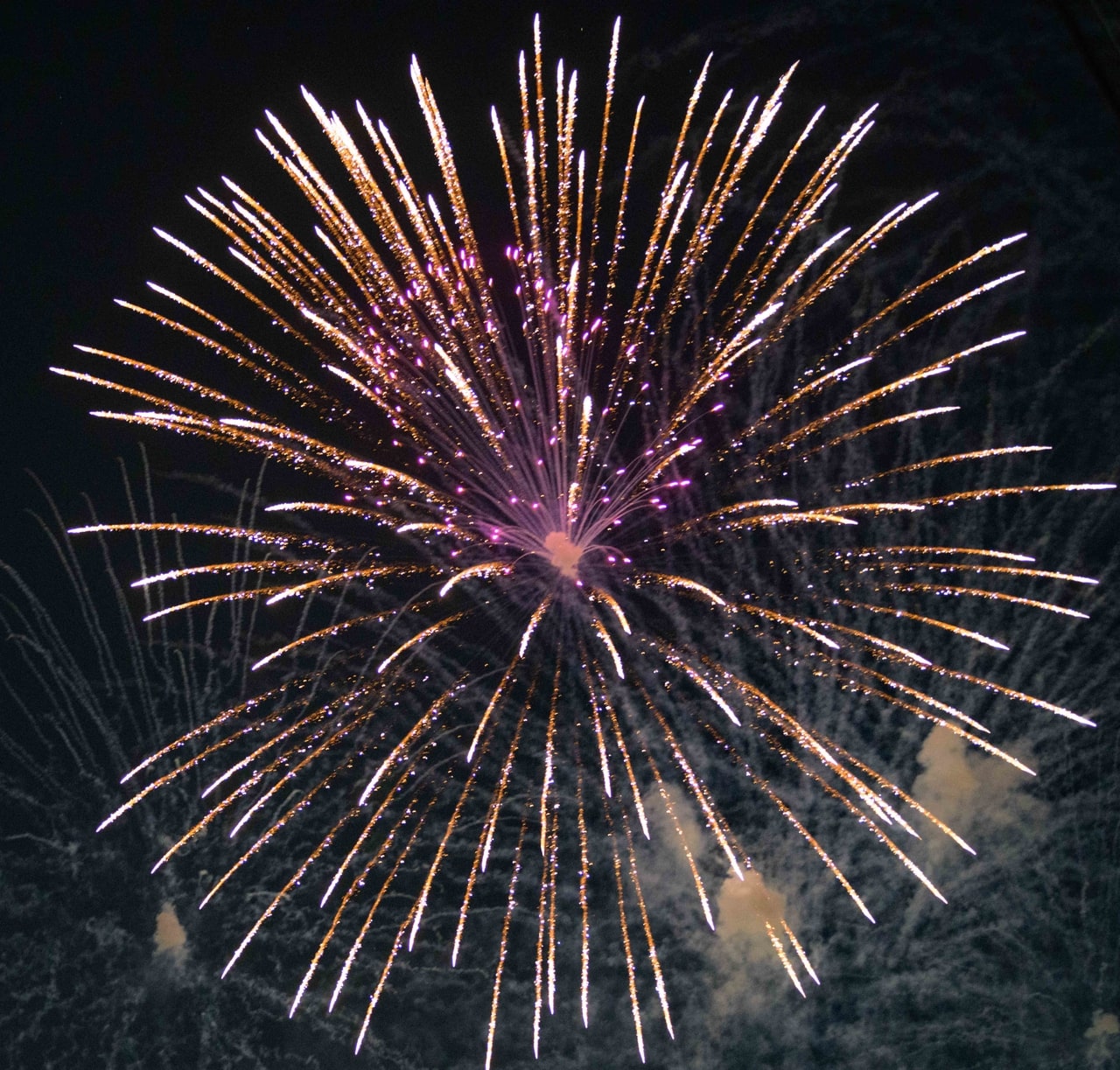 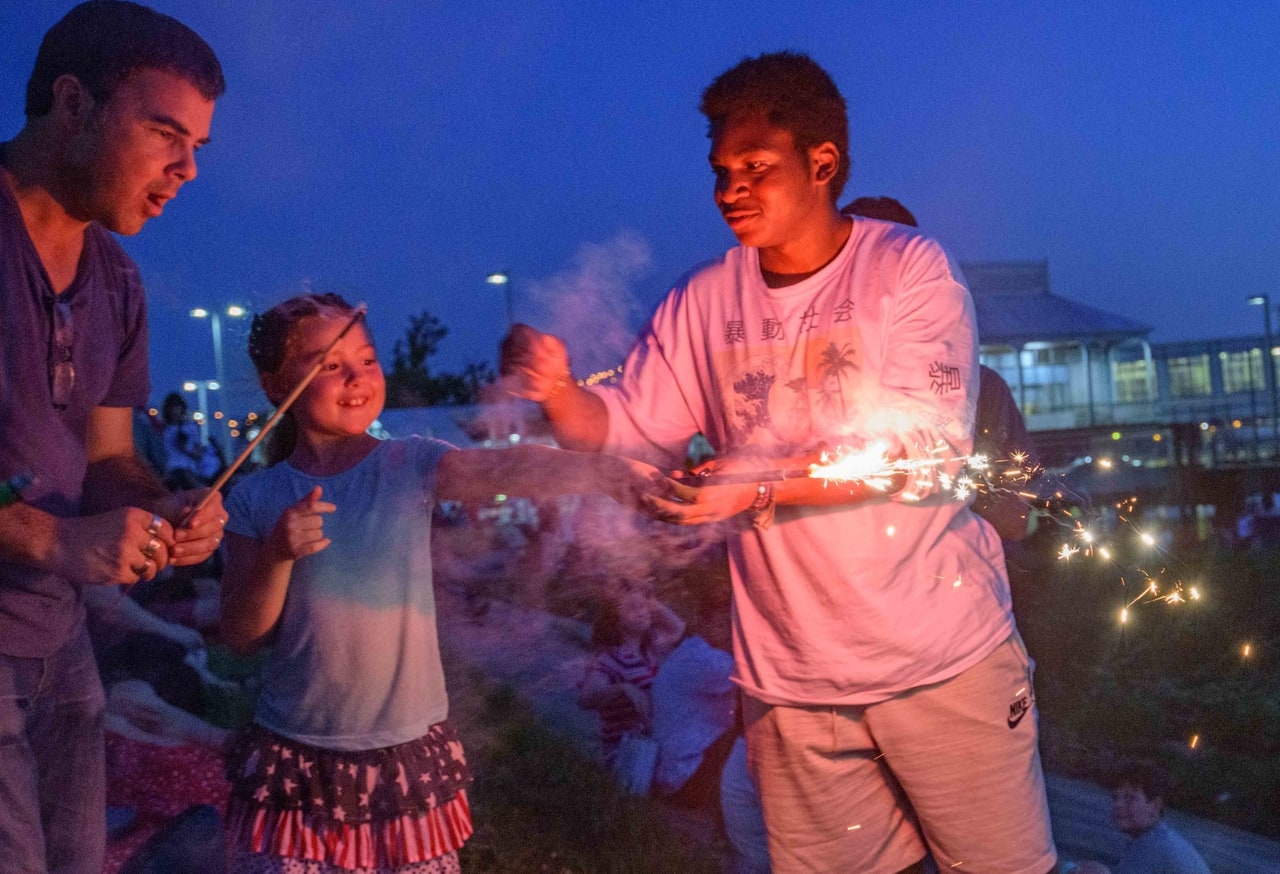 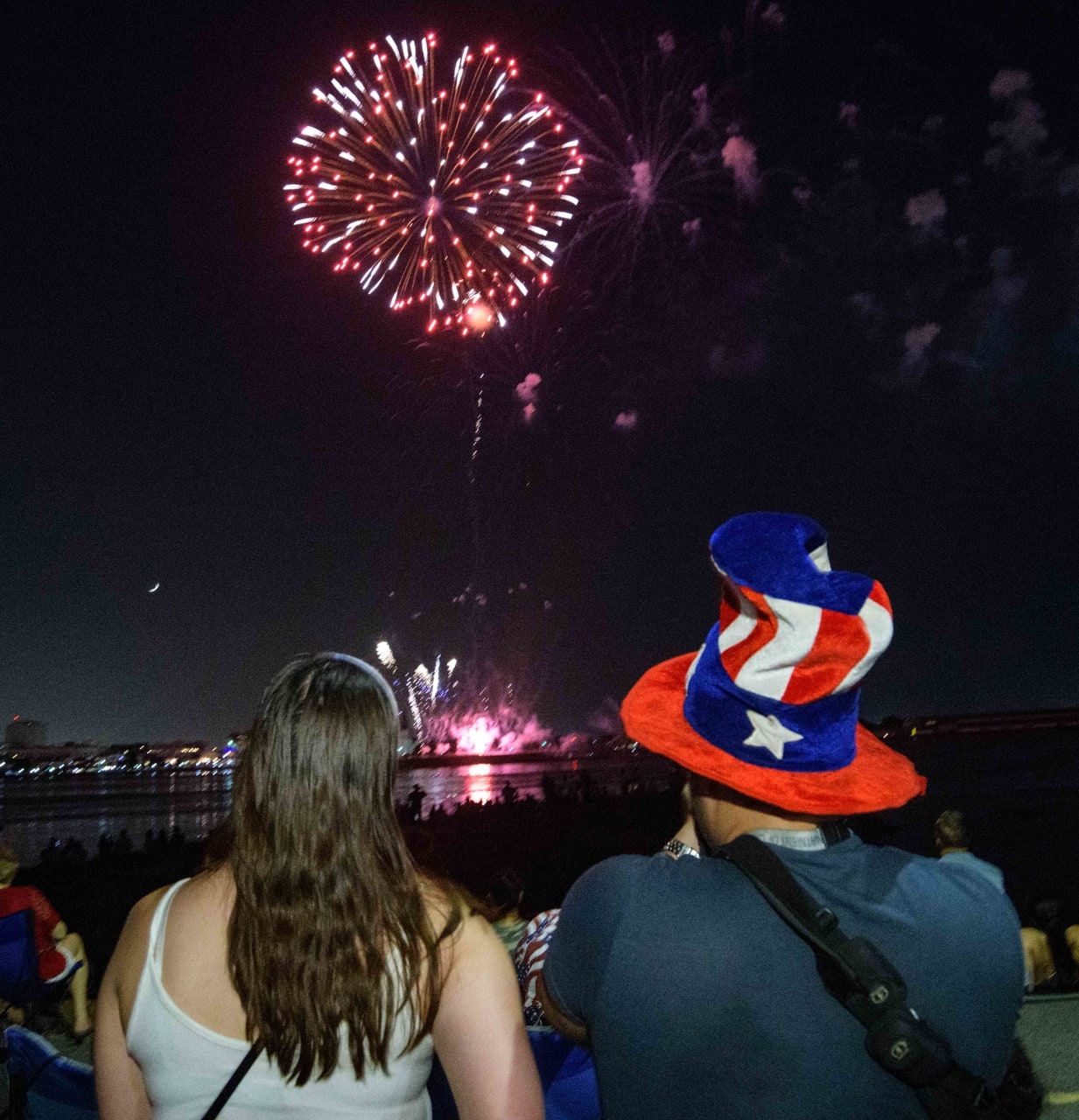 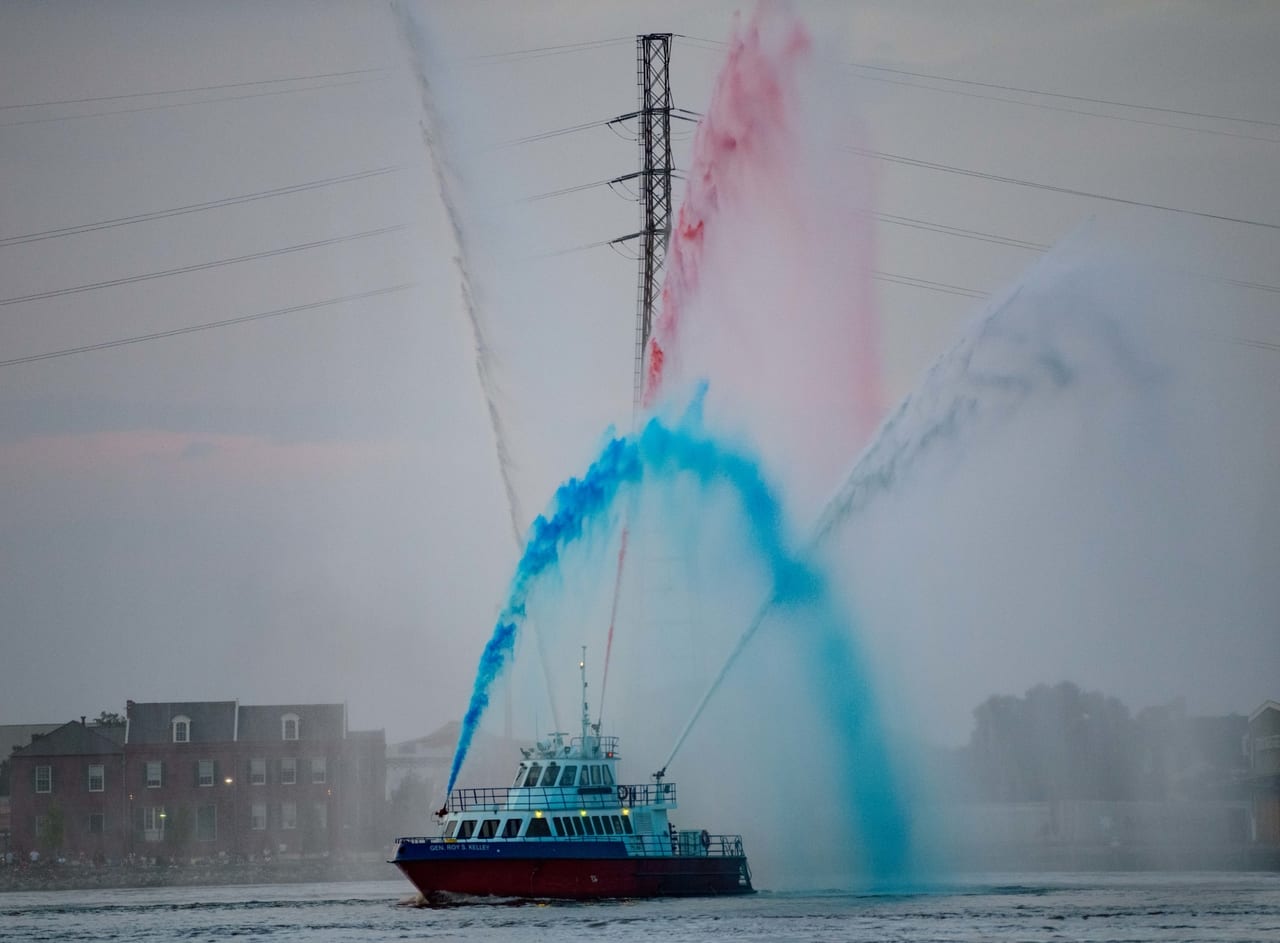 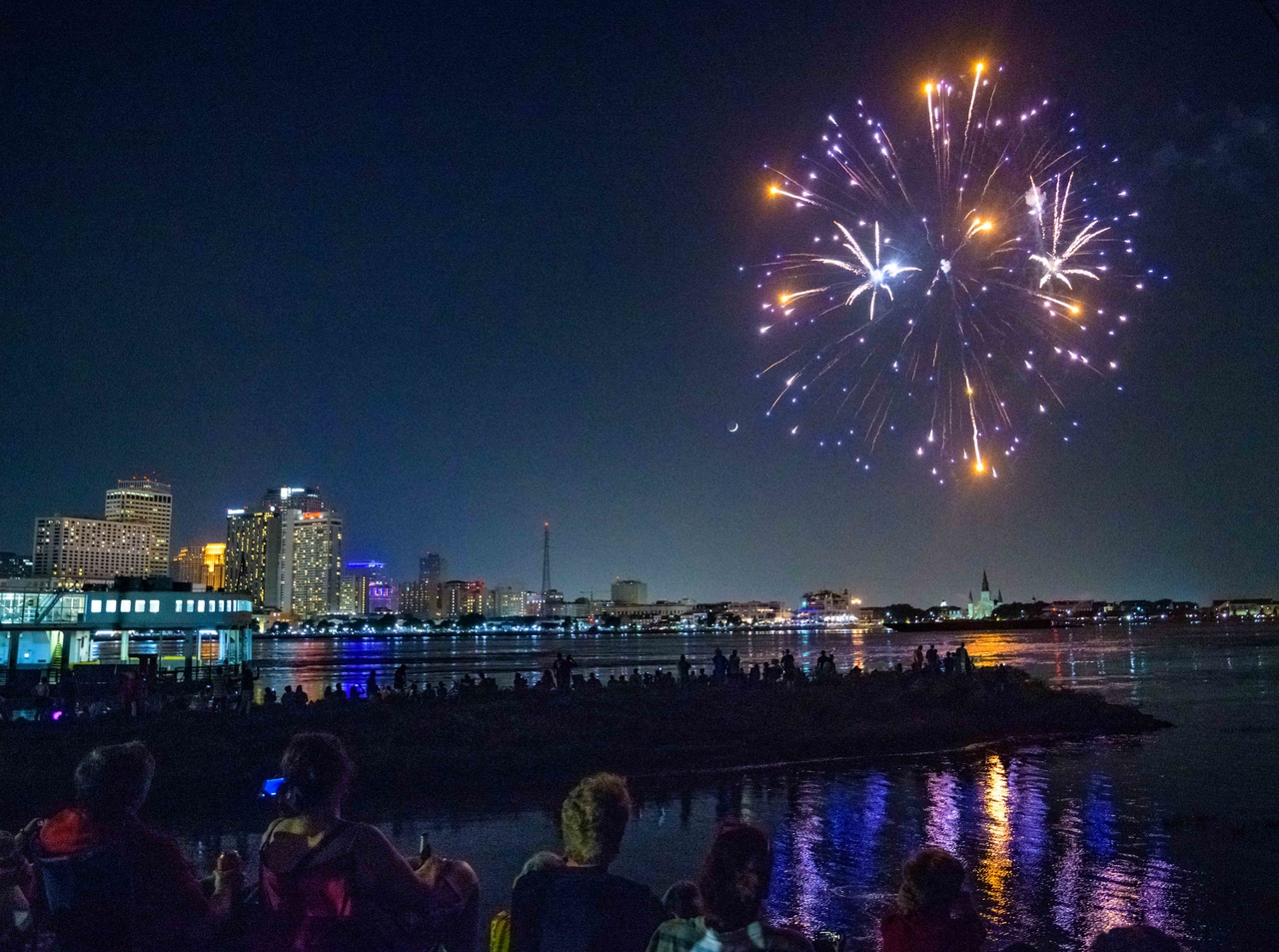 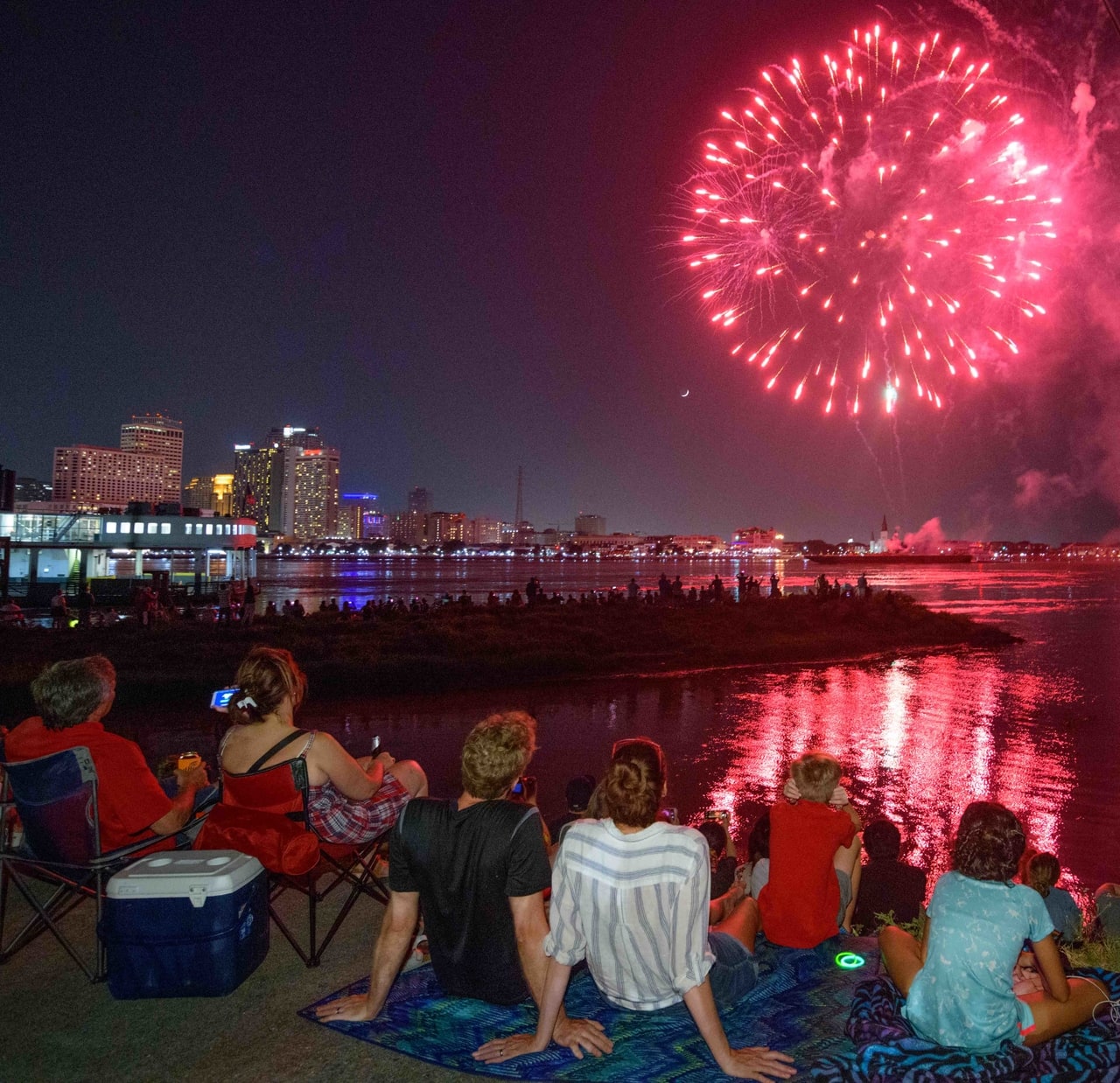 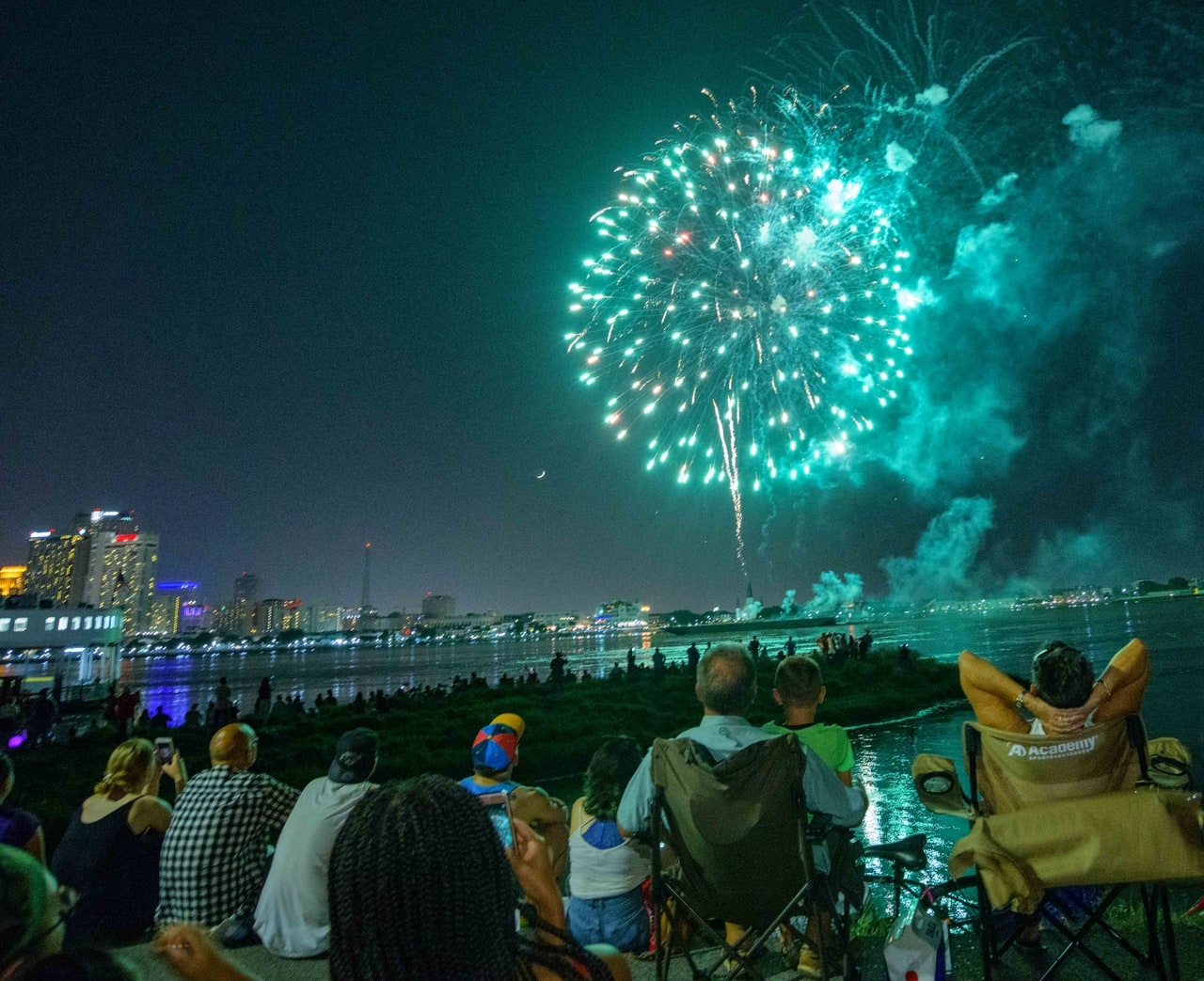 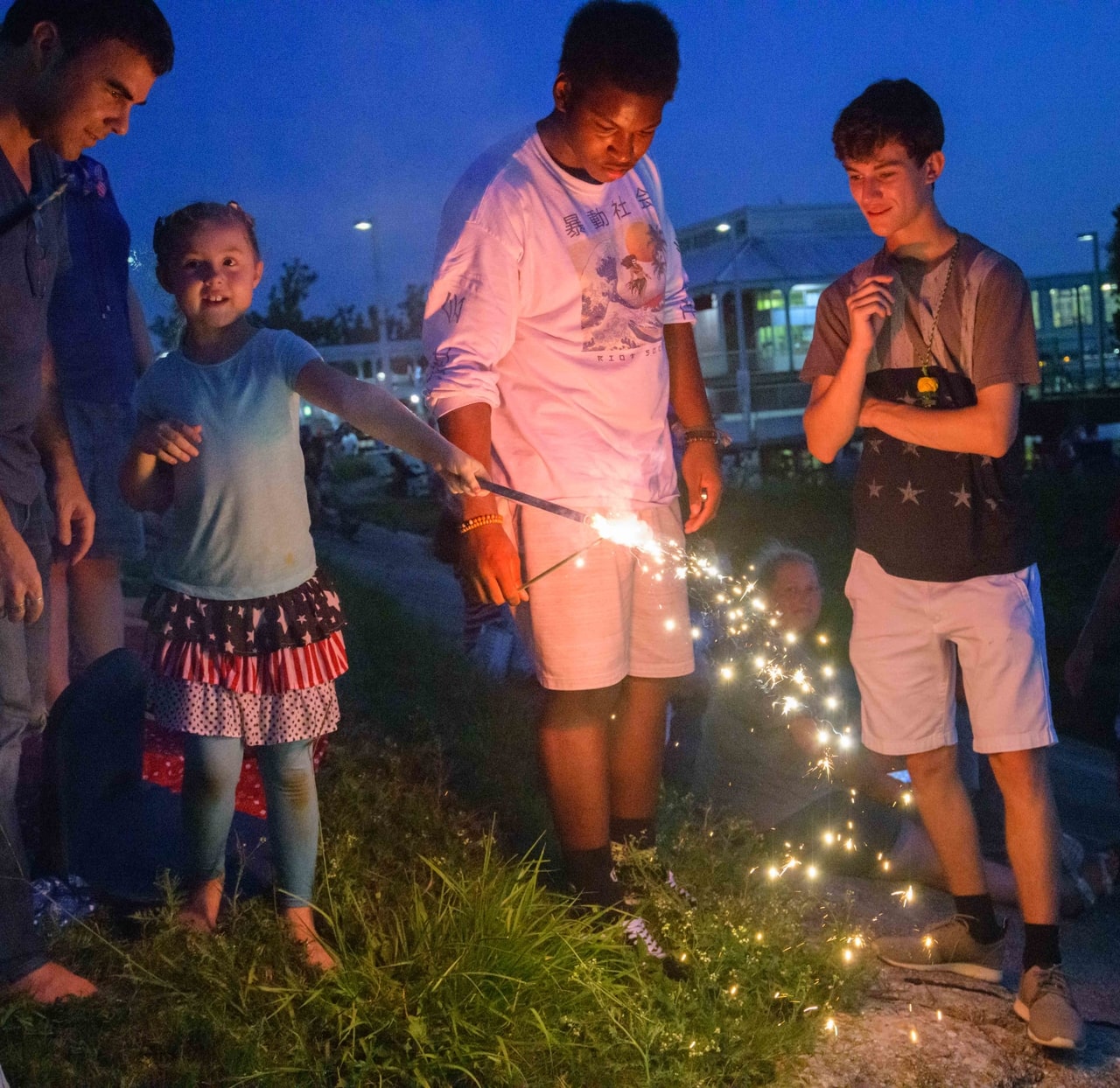 1 of 23
Fireworks are launched from a barge in front of St. Louis Cathedral in the French Quarter as seen from the Algiers Point river levee during the annual Go Fourth on the River in New Orleans, La. Thursday, July 4, 2019 to celebrate Independence Day. Normally two barges are set up for the fireworks display but the high river and strong currents resulted in a single barge this year. The Bonnet Carre Spillway up river is currently open to relieve the possibility of flooding in New Orleans and has been opened twice this year for the first time in history because of the prolonged risk of flooding. Photo by Matthew Hinton