A Victorian-style home and Carnival icon along historic St. Charles Avenue was destroyed in a multi-alarm fire Wednesday morning.

The mansion, located at 2525 St. Charles Avenue, is a key stop on Fat Tuesday for Rex, the King of Carnival. Rex has stopped at the home for more than 100 years for a toast on Mardi Gras.

THNOC co-founder Leila Williams was actually born at the house in 1901 while her family was renting it, & it's part of #Carnivalhistory. Rex has stopped for a toast at the home for more than 100 yrs, since Robert Downman (the current homeowner’s g-grandfather) reigned in 1907. pic.twitter.com/CdQpFdqYkA

The fire began about 7:44 a.m. in the 2500 block of St Charles Avenue. Fire crews rescued an elderly woman from the home and made sure the house was clear. 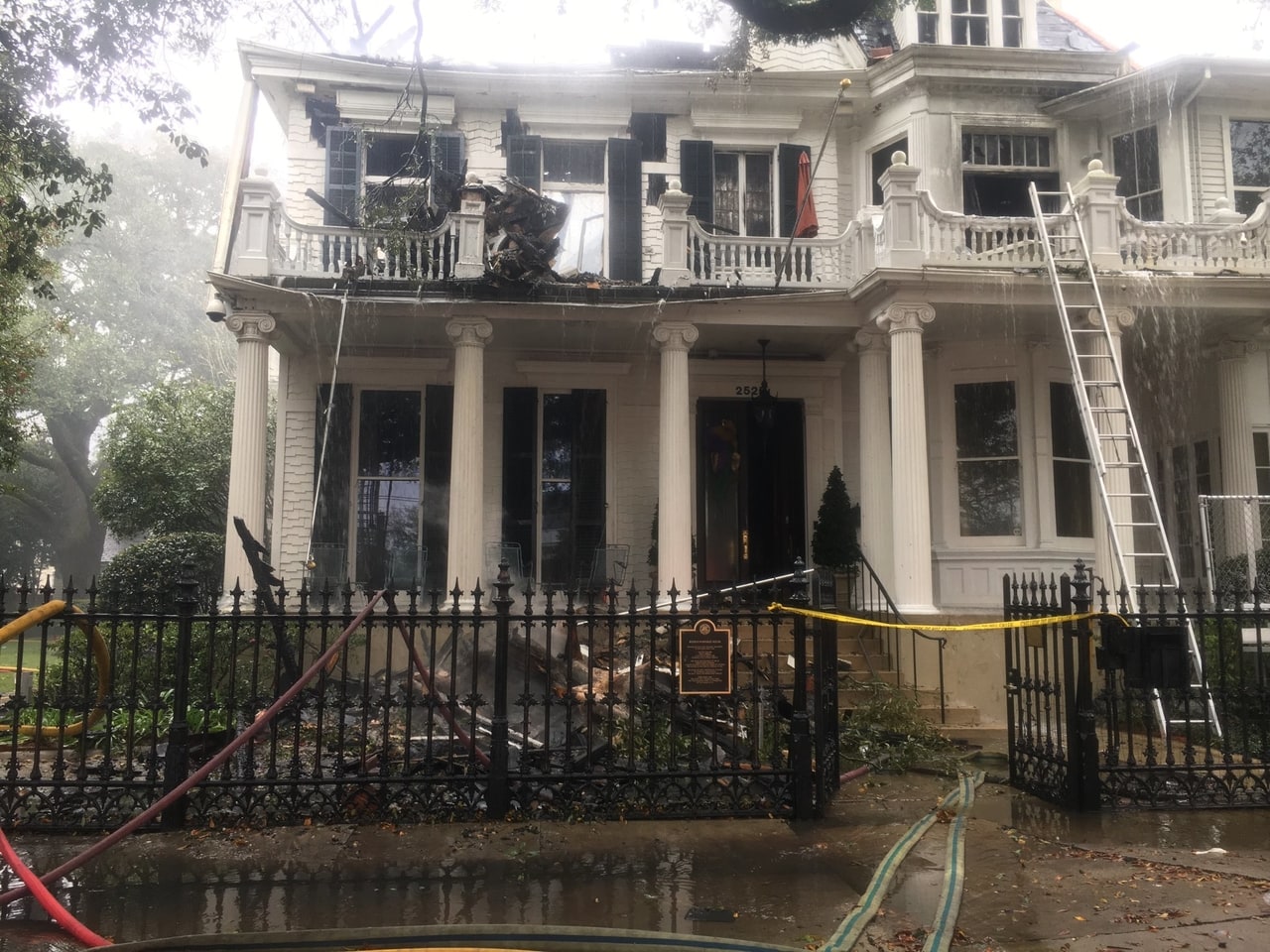 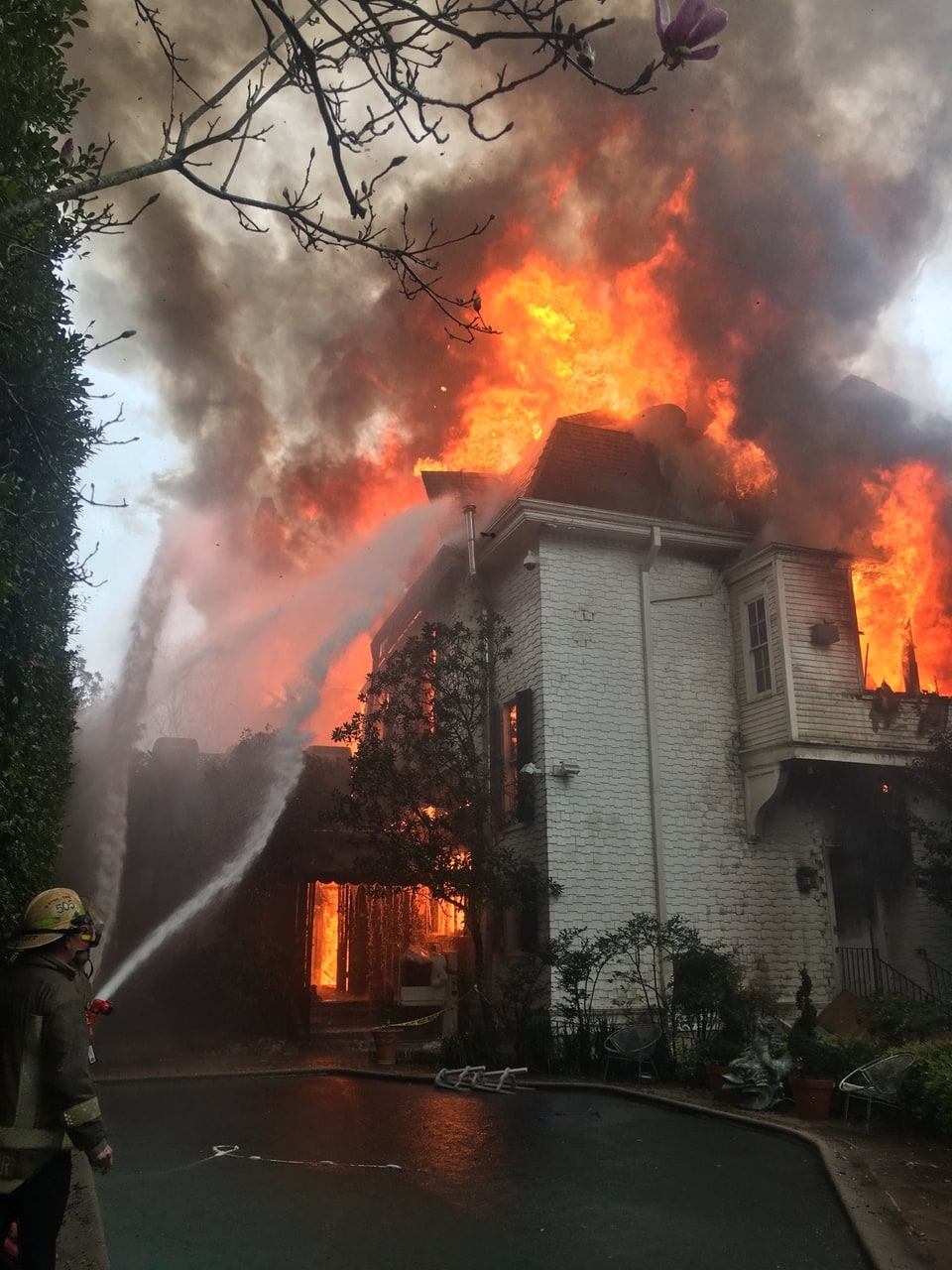 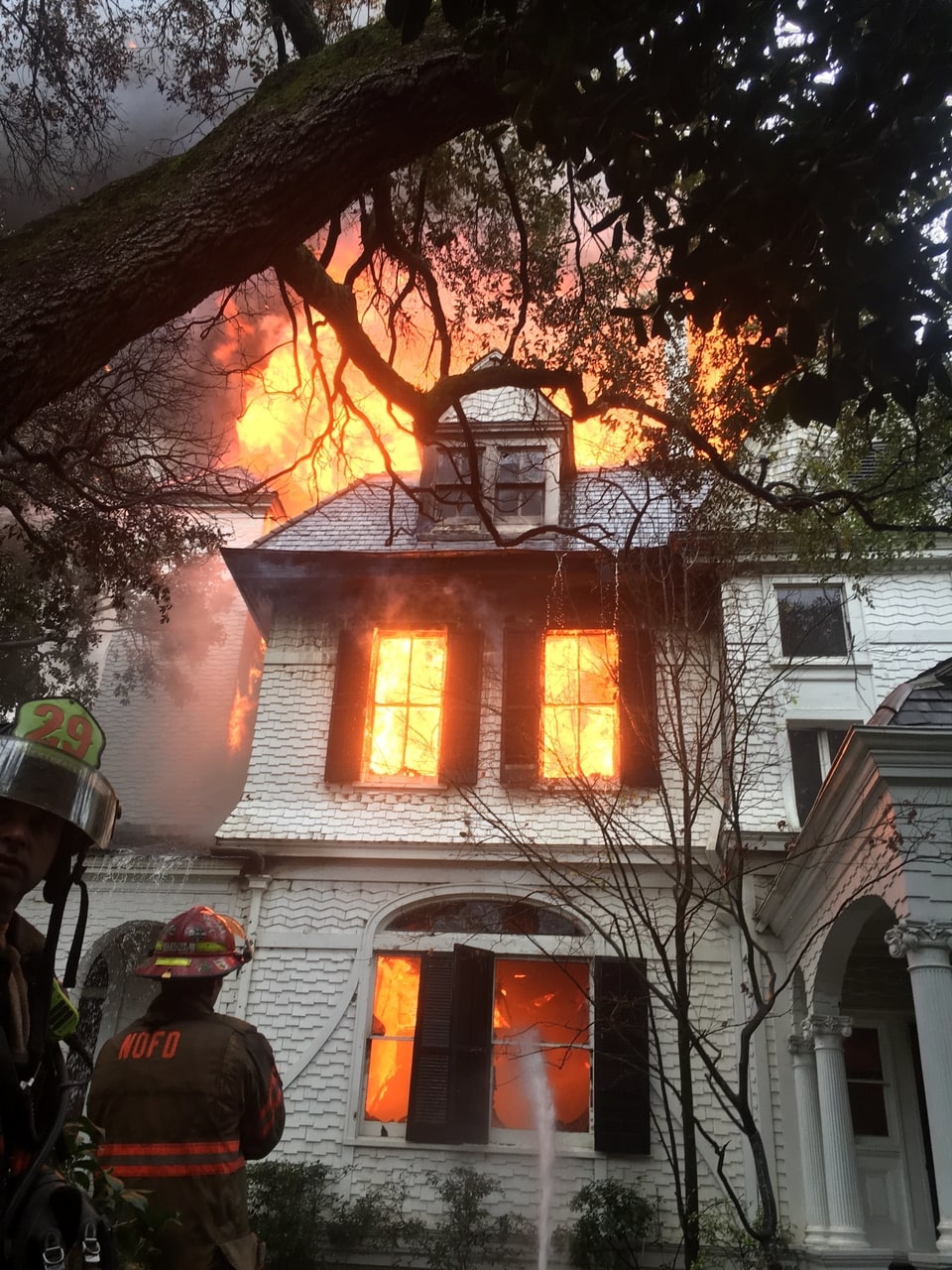 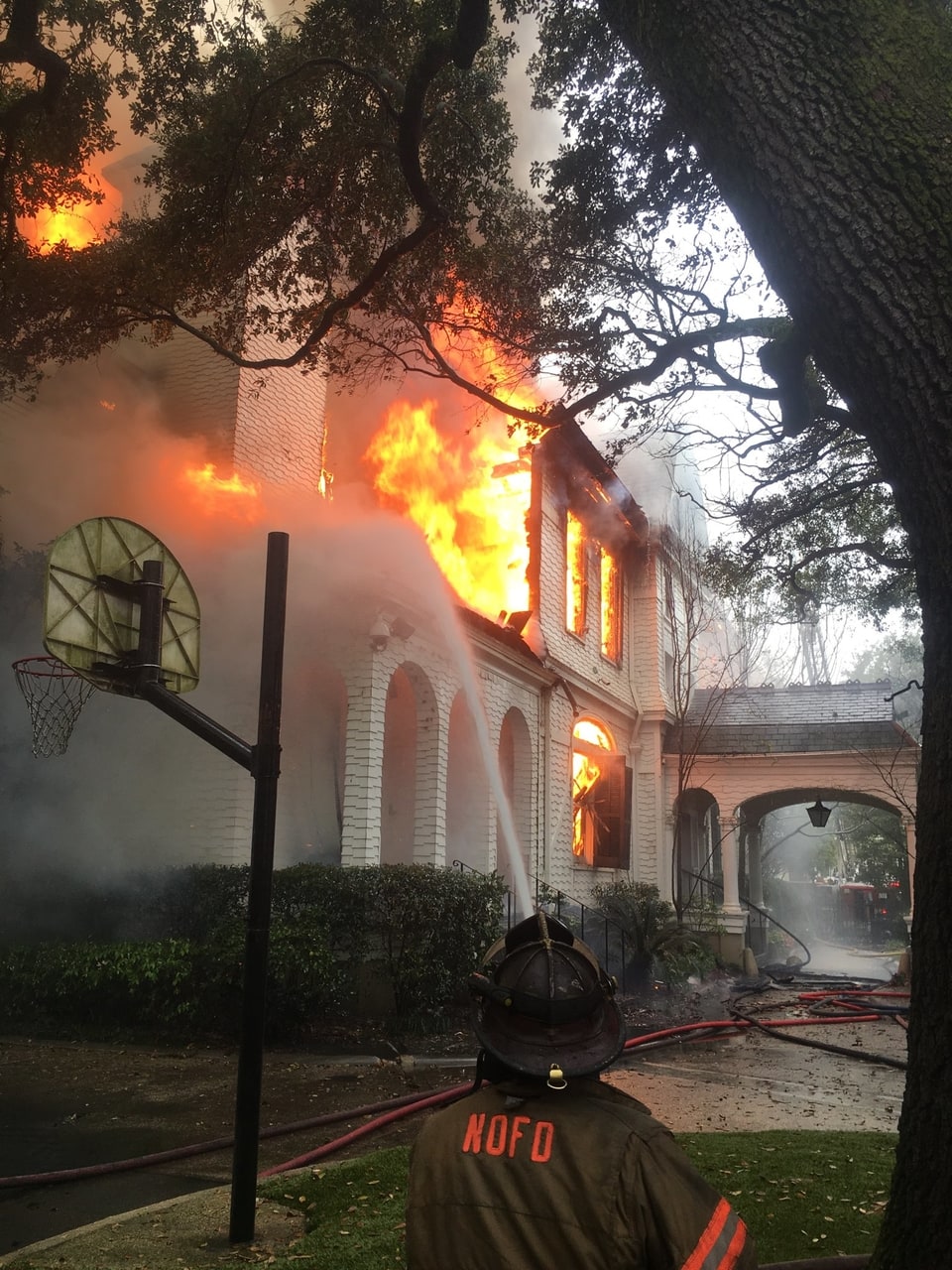 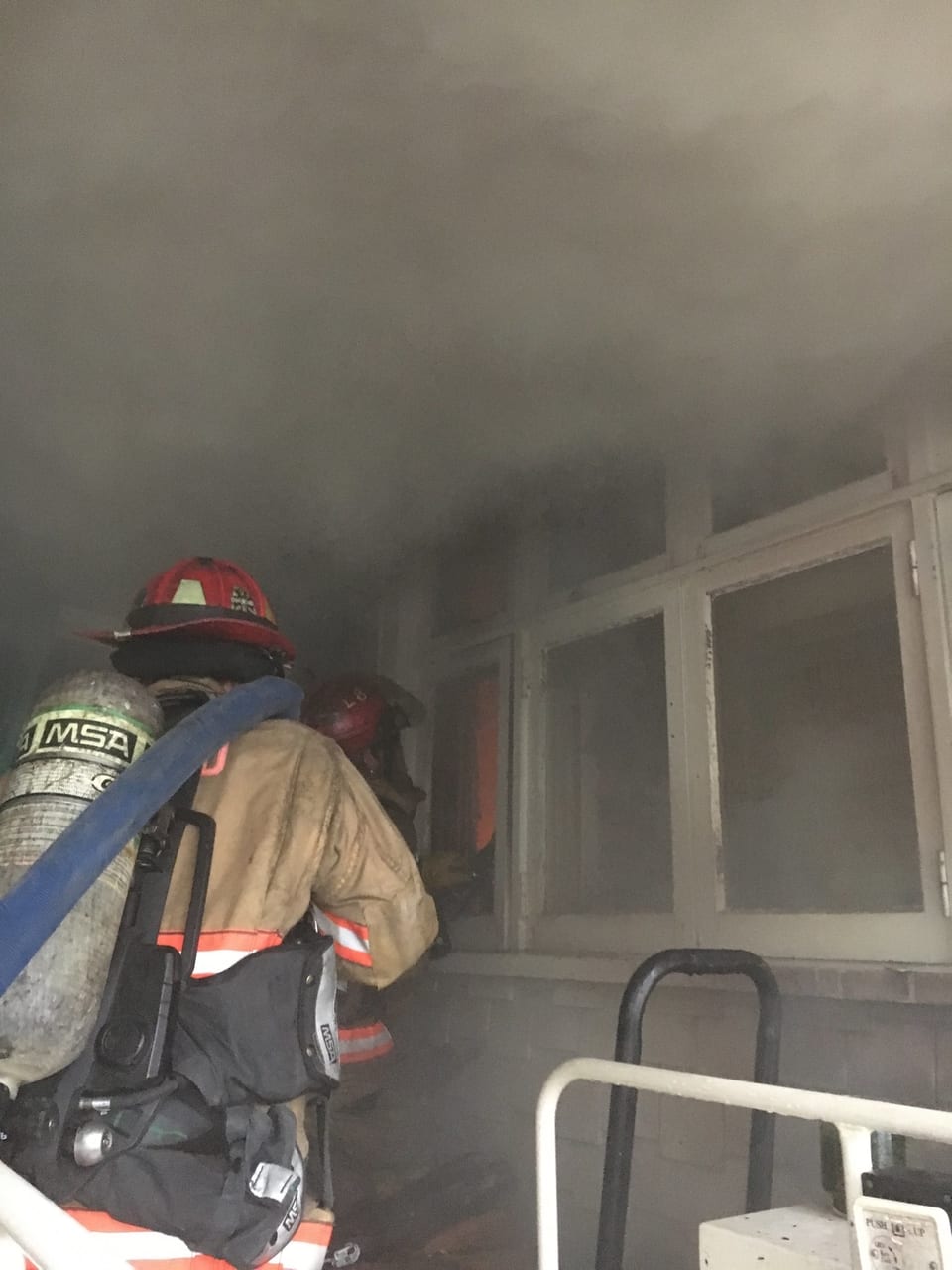 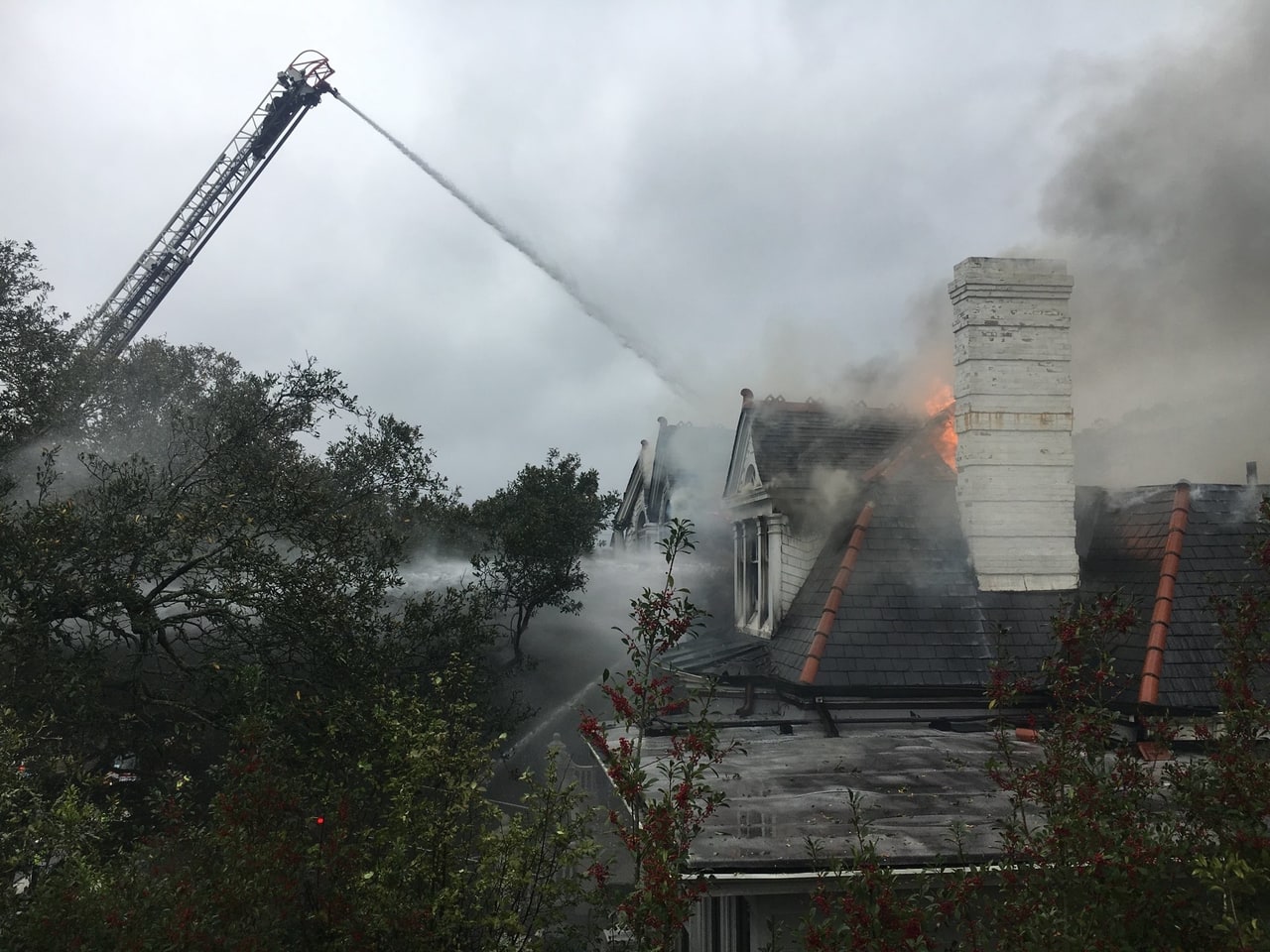 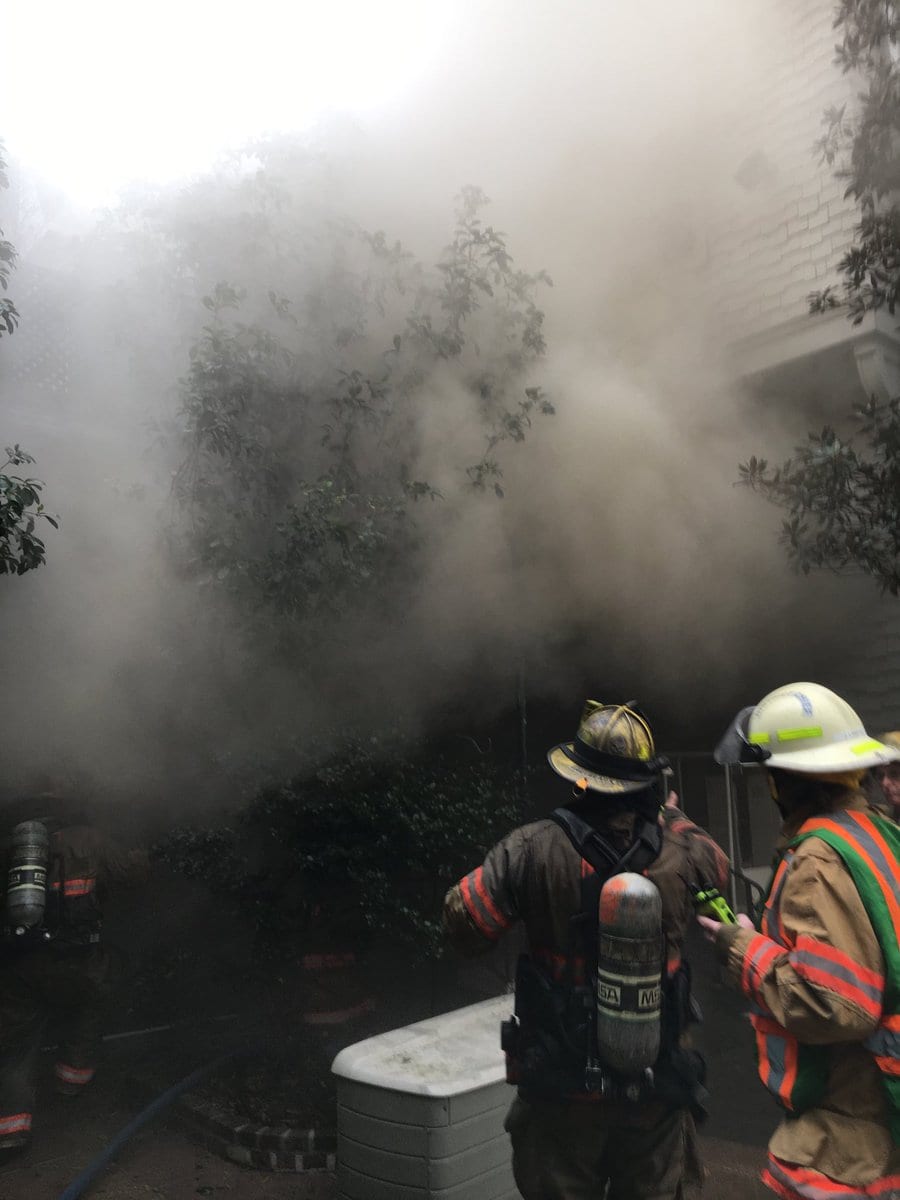 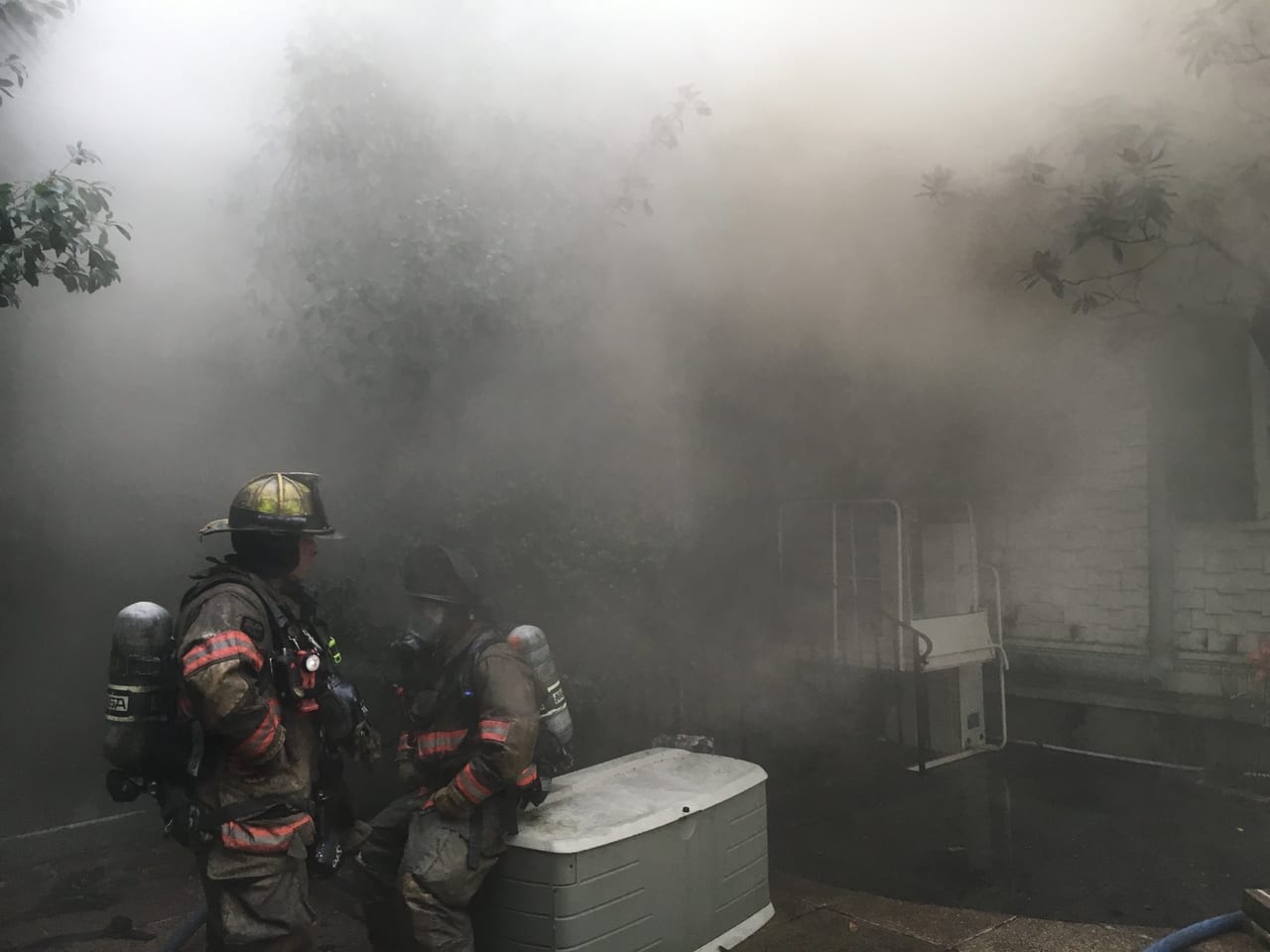 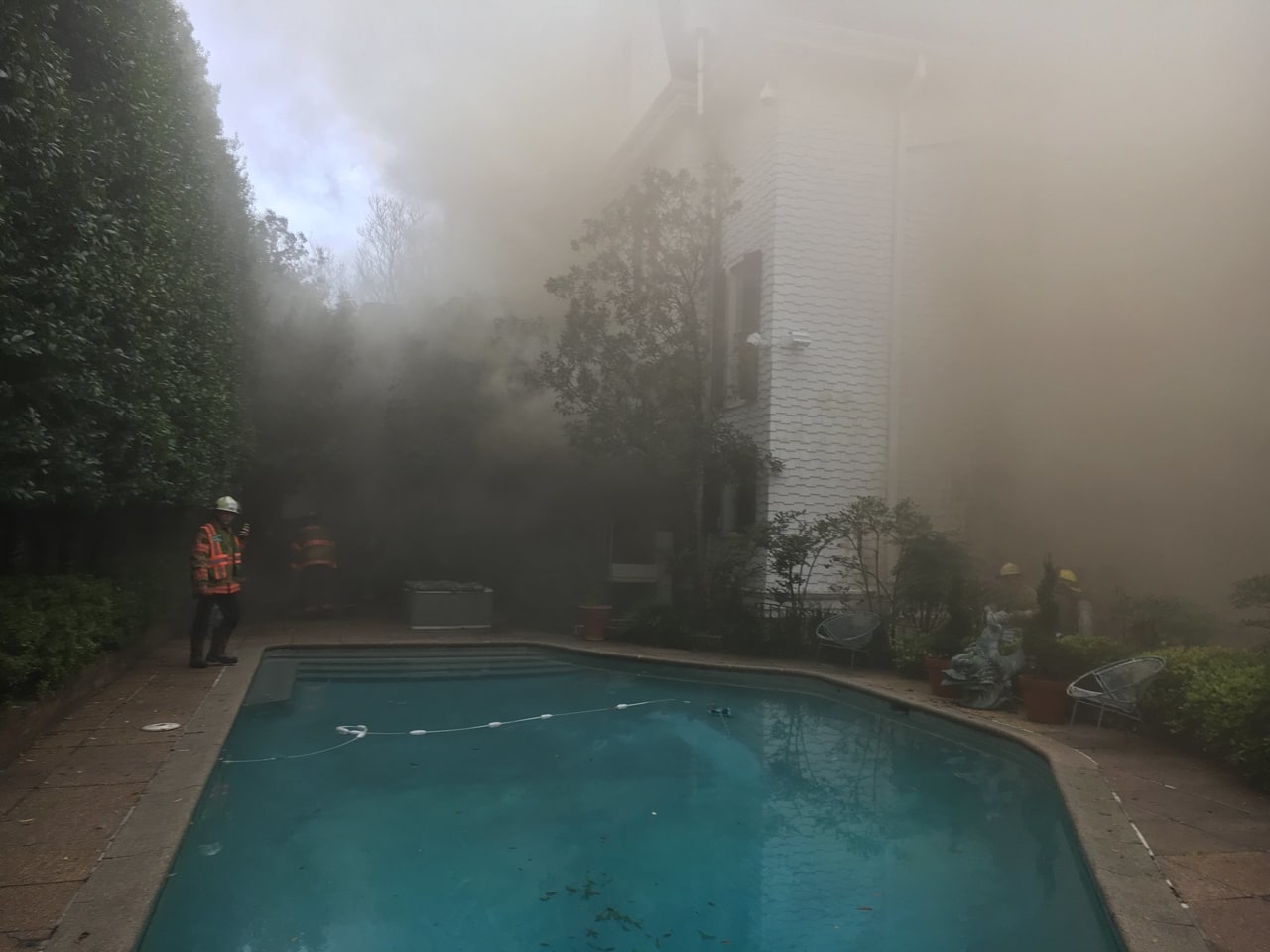 The fire led to city officials warning residents about the air quality cast over the city, advising some residents to stay indoors with the windows closed. City Hall, located dozens of city blocks away, was temporarily evacuated due to smoke.

UPDATE: false alarm at City Hall. Someone smelled smoke on the third floor. It’s likely from the fire on St. Charles. @NOLAFireDept swept the building; no fire. All clear. @wdsu @CityOfNOLA pic.twitter.com/KlCbXXdPFX

The city issued the following instructions for residents in parts of the city:

“Residents, especially sensitive groups including the elderly and people with respiratory diseases, such as asthma, are encouraged to take the following actions to reduce exposure to smoke and particles:

Images from the scene late in the morning show glowing embers and orange flames reaching high from the first floor into the sky, emerging from the roof of the historic building.

Wow. No words. This is the historic home on St. Charles Avenue on fire. Photo from viewer John Fay. https://t.co/KrjYVgEi1Z pic.twitter.com/fKwTpZAP8s

Initially, fire crews attempted to attack the blaze in the basement, but more fire crews were called to the scene to assist as the flames raged and grew.

Crews noticed heavy yellow smoke coming from the basement, indicating the possibility of chlorine being involved in the growing blaze.

The NOFD says the fire appears to have started in the home’s basement and quickly spread. The cause of the blaze was not immediately known.
(Photos courtesy of @MichaelDeMocker, @jonesymule, @rachtummi) pic.twitter.com/nLswcVOWnV

“The homeowner informed NOFD personnel that chlorine and other pool products were stored in the basement, confirming the suspicions,” the NOFD said in a news release.

Because of the chemical, crews evacuated the basement and first floor.

Around 9 a.m., the fire grew into five alarms as the flames escalated into the attic. A seventh alarm was raised as the walls of the historic home began to collapse.

7-alarms. That's how massive this fire is at this historic New Orleans home. The last major fire was the 6-alarm blaze on Canal Street in 2016. https://t.co/KrjYVgEi1Z #nola #neworleans #louisiana #historic pic.twitter.com/ph0UFL4vaq

Because of the massive fire, aid was requested from surrounding parishes, including St. Tammany, Jefferson, Kenner and St Bernard.

The Regional Transit Authority, the agency that oversees public transportation in New Orleans, stopped service on St Charles Avenue between Jackson and Louisiana avenues as crews battled the blaze.

According to The Historic New Orleans Collection, Rex has stopped at the home on Mardi Gras since 1907, when the owner at the time was Robert Downman, who reigned as Rex that same year. Downman is the current homeowner’s grandfather, THNOC said in a post on Twitter.

The cause of the fire is under investigation, officials said.