The series keeps local artists in front of fans, one live stream at a time.

When music venues shuttered their doors back in March, our city was left with an overwhelming surplus of unemployed musicians. New Orleans, the home of music, had gone silent and its creators had no place to share their art, no way to grow their careers.

The House of Blues, situated in the center of the city, was nothing more than a big, empty black box. That’s when EJ Bradley III, Director of Music Hall Operations, saw an opportunity.

“There was no budget,” he said. “The venue wasn’t going to be making money, the artists couldn’t get paid upfront, but the virus changed the rules. We’re thinking outside of the box now. How do we continue to do music? How do we bring it to the people? We do it by making an investment in each other.”

So he started reaching out to musicians in the community.

“I’d tried to get this series off the ground a year ago but the overhead was too high. We lost a lot of money and, at that time, the experiment died,” he explained.

Today, that experiment is very much alive and growing. The idea of “For The Culture” is to create a network, a family of New Orleans-based musicians, in many genres, one live stream at a time.

“The House of Blues should be a home for local artists – It hasn’t been a spot for that in the past and it should be, especially in this new time, when we’ve got a moment to reflect and reinvent. It’s a whole new world!” said EJ, glowing with success.

To be clear, this success isn’t monetary, as of yet. The bands are paid in tips through cash apps and the shows are run by a skeleton crew, with no live audience.

“When COVID is over, we’re going to figure out how to make it a partnership where the bands are making money off the door, doing door deals: opener would get 20%, second opener would get 20%, headliner would get 40%, and we’d take 20% and put it to charity. The club would recoup on the bar tab.” EJ stated, looking into the future. “I got Tank and the Bangas on board. I got Sweet Crude on board just today. Dawn Richard was our first. Brass-a-Holics played. The Big Easy Brawlers are comin’ up. Waterseed was great. YOU were great! And now you’re part of the family. You all are. So maybe we’re gonna start getting Samantha Pearl/Brass-a-Holics mash-ups, maybe we’ll have a festival that varies genres act by act.”

EJ comes from the festival world, as a Director of Operations for VooDoo Festival for many years, so, when he dreams big, those goals are founded in a reality of possibilities.

I jumped on the phone with rapper extraordinaire Alfred Banks, who graciously spoke to me about his experience performing with “For the Culture” last month. 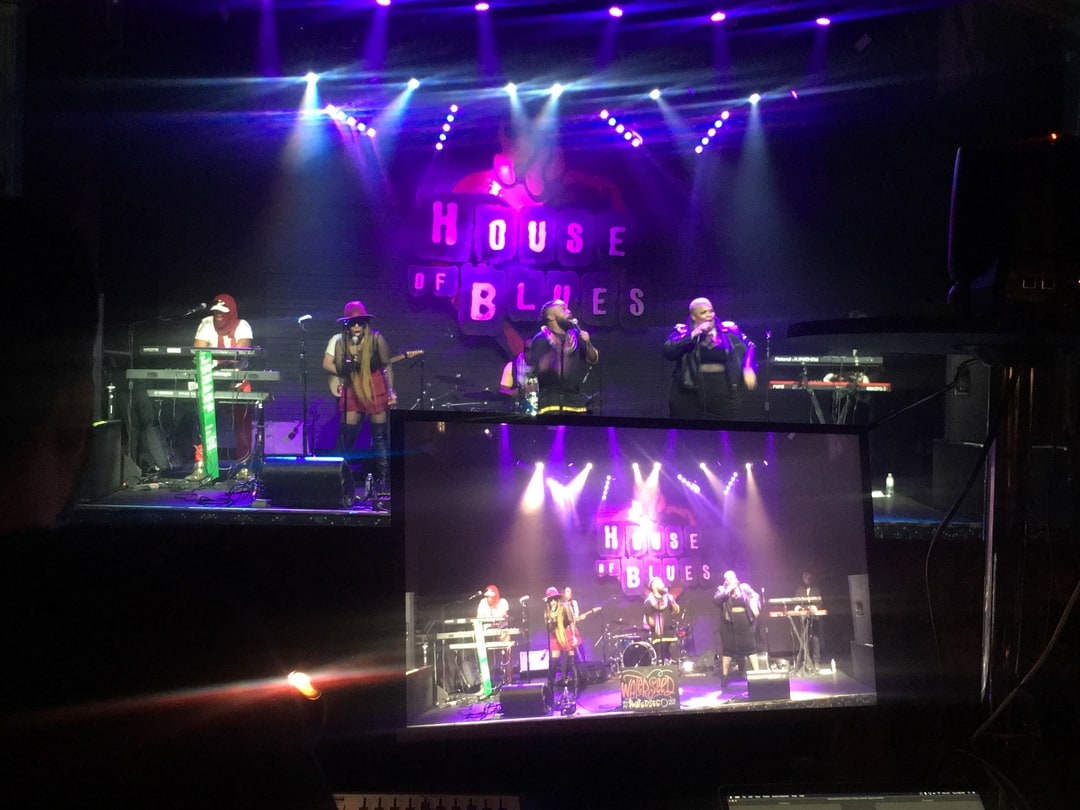 “Obviously, House of Blues, Live Nation, that’s an amazing place to be and the way [my team] was approached about the opportunity was really professional, really dope,” he said. “When I got there it was beautiful, everything I needed was laid out, soundcheck took four minutes. EJ was excited to have me. He was aware of my music. He knew certain songs. He seems like he knows a little bit about the scene here and he’s taking the time to want to give a platform to acts that are from New Orleans.

Although Banks’ popularity is growing, he says artists still need the help of people like EJ and venues like HOB to get to new audiences. “I don’t do nothing just for bread anymore — I’ve gotten past that point in my career but, ego aside, we all need the help, we all need the stage to keep our knives sharp and find ways to reach new fans. “For The Culture” was worth my time 1000% and I would do it again, maybe under different circumstances, like, with having a live audience, you know, that archaic idea of shows.”

A post shared by Foundation Room New Orleans (@foundationroomneworleans) on May 21, 2020 at 12:25pm PDT

Other artists echoed the need to get their music out during this time.

Waterseed Drummer/Founder Lou Hill told me, “This is our first live stream of the quarantine. We love this venue, we’ve played it a few times. When EJ reached out to us, we couldn’t say ‘no’ because it’s so important that we maintain who we are during this weird time. Music is such a huge part of New Orleans infrastructure and DNA and everything about this particular series is important to keeping our identities as New Orleaneans. I’m glad the door is open. When everything’s going down, we rise up. We’re all about this community and we’d be back to do a bigger fundraiser. Anything that makes sense to us, we’ll come through and give our talent to.”

Singer-Songwriter Samantha Pearl, who will be experimenting with bringing new tech to the project stated, “For the Culture is a really great addition to our community, especially during these times, since we are so limited on how people can see us perform and with the quality that they’re offering us, I think that they’re creating something really special. Even when this pandemic’s over, ‘For the Culture’ should still be around…. We need more people like EJ in the community, especially for artists who are independent and aren’t signed and who are supported by the tourism of this city, which is nonexistent at the moment. He’s around right now, when people need this the most.”

EJ couldn’t be more proud of what he’s created. He’s thrilled to be able to provide a platform for artists.

“It’s not just one kind of music,” he said. “You want it to represent all the genres, all the flavors. We’ve got great bands here. This is New Orleans, the Home of Music. New Orleans is special. Our musicians come here from all over the world and then they don’t leave.”

In a time of quarantine, what a wonderful and rare thing, to be embraced with open arms. That’s what EJ is offering when he says, “Welcome to the ‘For the Culture’ family. If we keep this going, it’s gonna be something really special.”