It’s a Thursday afternoon and Hank’s Supermarket on St. Claude is bustling. There’s a line of people waiting to get lunch from the kitchen area, deliveries are being made, the booze selection is being stocked and someone checking out is complaining to the cashier about how other small places refuse to enforce the required mask policy. It’s just another day in the neighborhood.

The cornerstone of a corner store

“I knew how important it was to the neighborhood. I knew that it had a long history.” 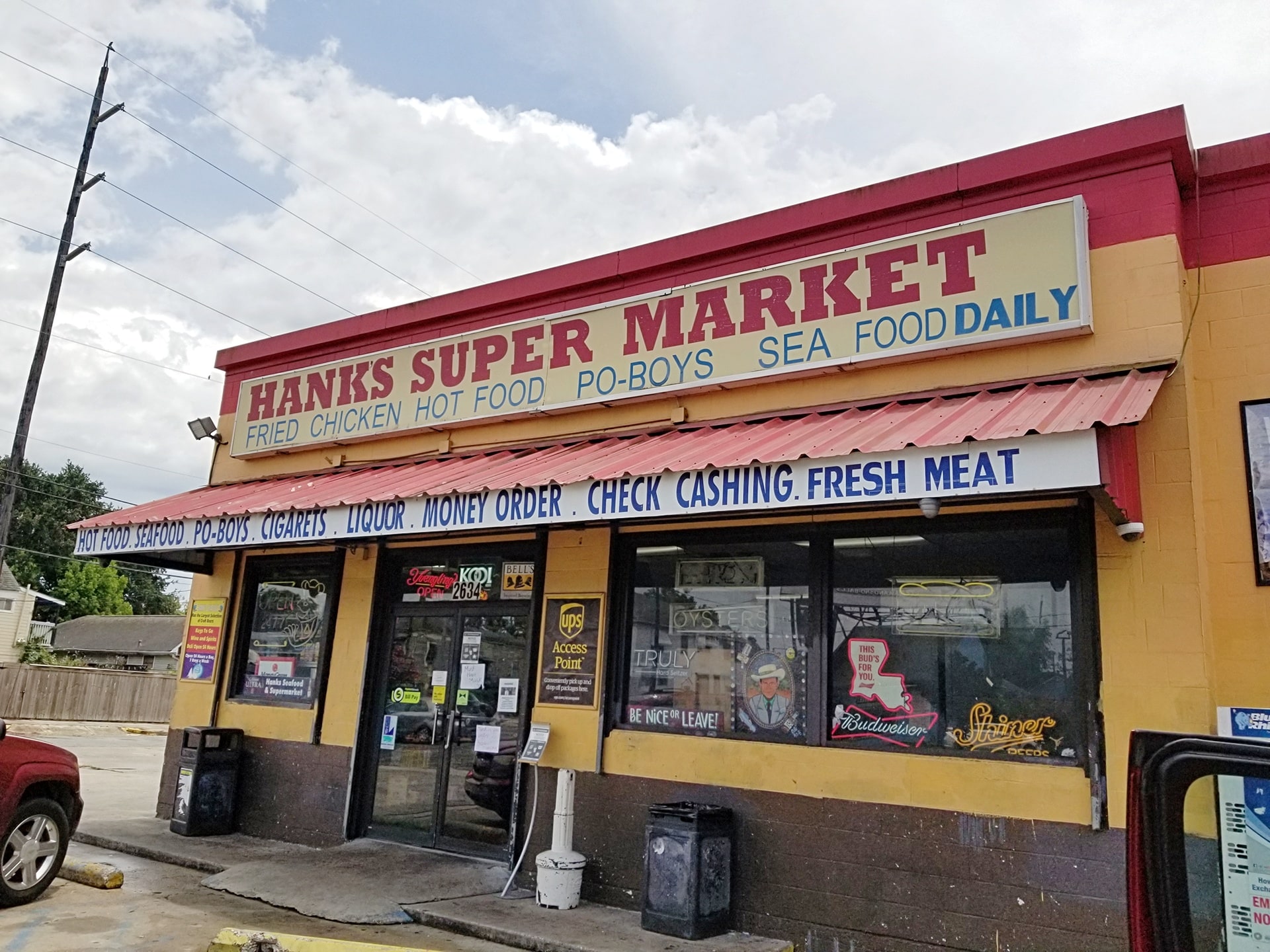 Some might say that the corner store is the place that defines a neighborhood and, in New Orleans especially, it’s the place to see and be seen — sometimes at your best and sometimes at your worst. One might wander in searching for a hot and cheap breakfast, something to drink or just a pack of cigarettes. Sometimes people just stop in for conversation — happy to see a familiar face and pass the time.

No small market seems to define its neighborhood more than Hank’s Supermarket in the Bywater. While you might not find it listed in any tourism brochures, Hank’s is a place of legend; from the locals who darken the door, to the fried chicken and daily food specials. It’s served as a place of comfort for many New Orleanians for about 50 years. 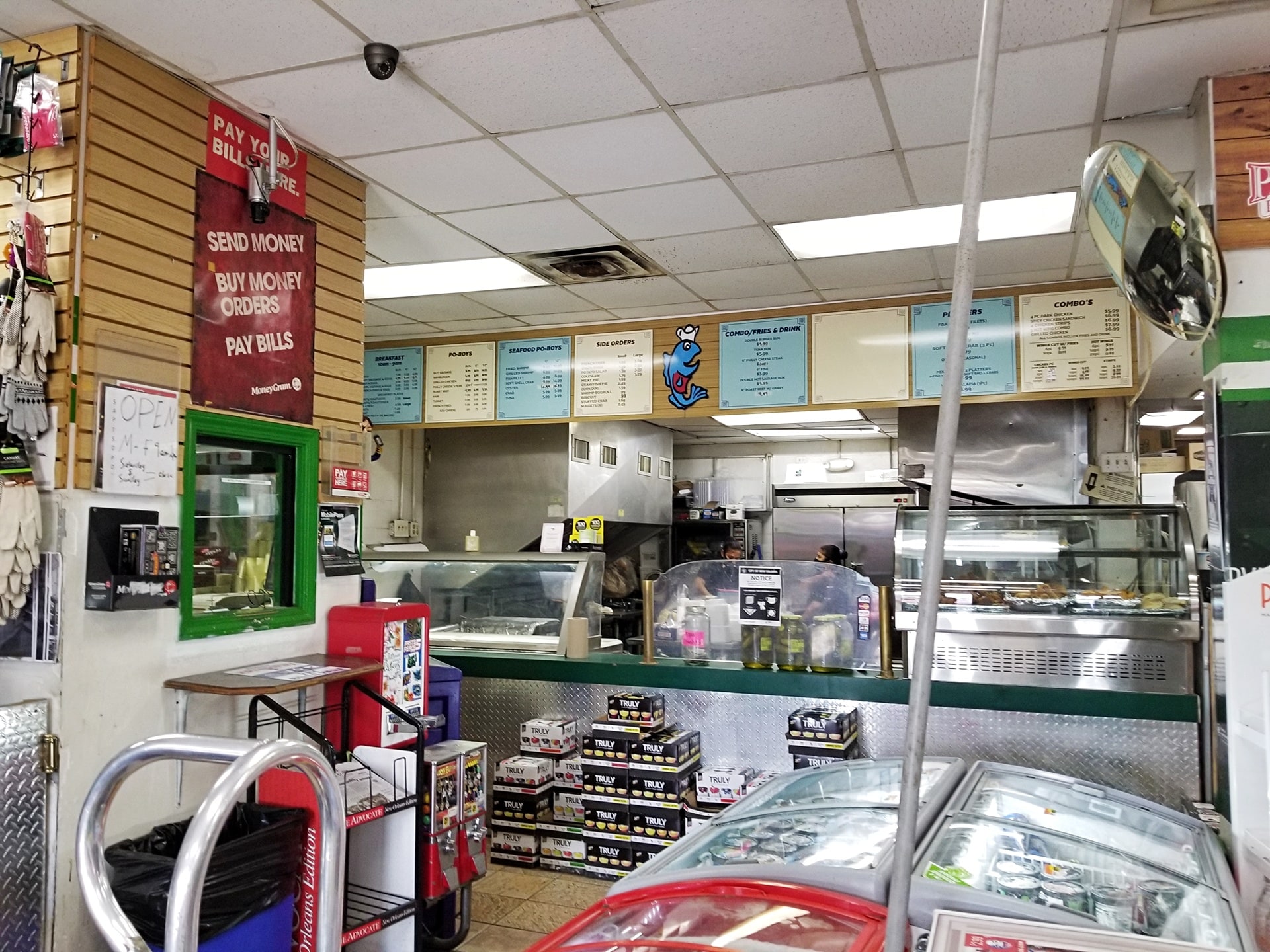 Owner Joe Odeh bought Hank’s in 2006 and made it the market that it is today.

“I took over the store and the seafood business after Katrina,” he said. “The store had been closed for a while and I knew how important it was to the neighborhood. I knew that it had a long history.”

Walking into Hank’s, you can immediately tell it’s a bit different from other corner stores. Not only is there a 24/7/365 hidden treasure of an extensive craft beer and wine selection, but you can get a hot meal whenever you want it.

During these pandemic times, especially, Hank’s has become a neighborhood lifeline for personal connection and a place to take care of business. If you need to pay bills or get some cash, Hank’s is the spot. Depending on the day, you’ll be able to find fresh produce in the front, or kebabs and hand-rolled tamales in the back. Other odds and ends like quick box dinners and household necessities line the shelves. 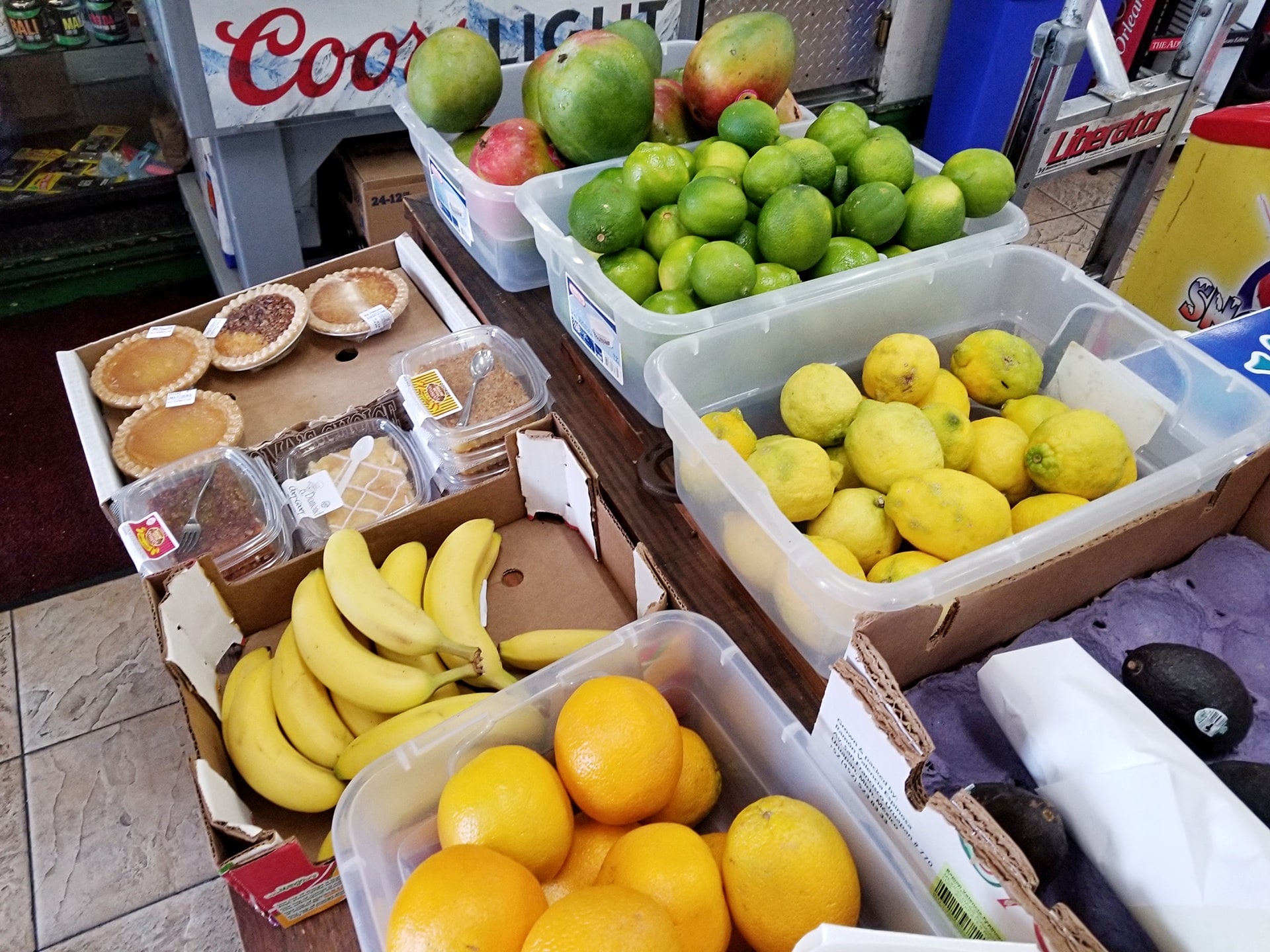 More than just a spot to grab an easy bite, for many, Hank’s is where the nightly party starts.

Neighborhood regular Jim Kaye says that stopping into Hank’s has become a part of his weekly routine.

“We go to Hank’s and load up on all the good stuff — mainly fried chicken or tamales if they have them that day,” he said. “They have a solid beer selection, so it’s a good place to fill up the cooler, especially if we’re just going to be wandering around the Quarter.” 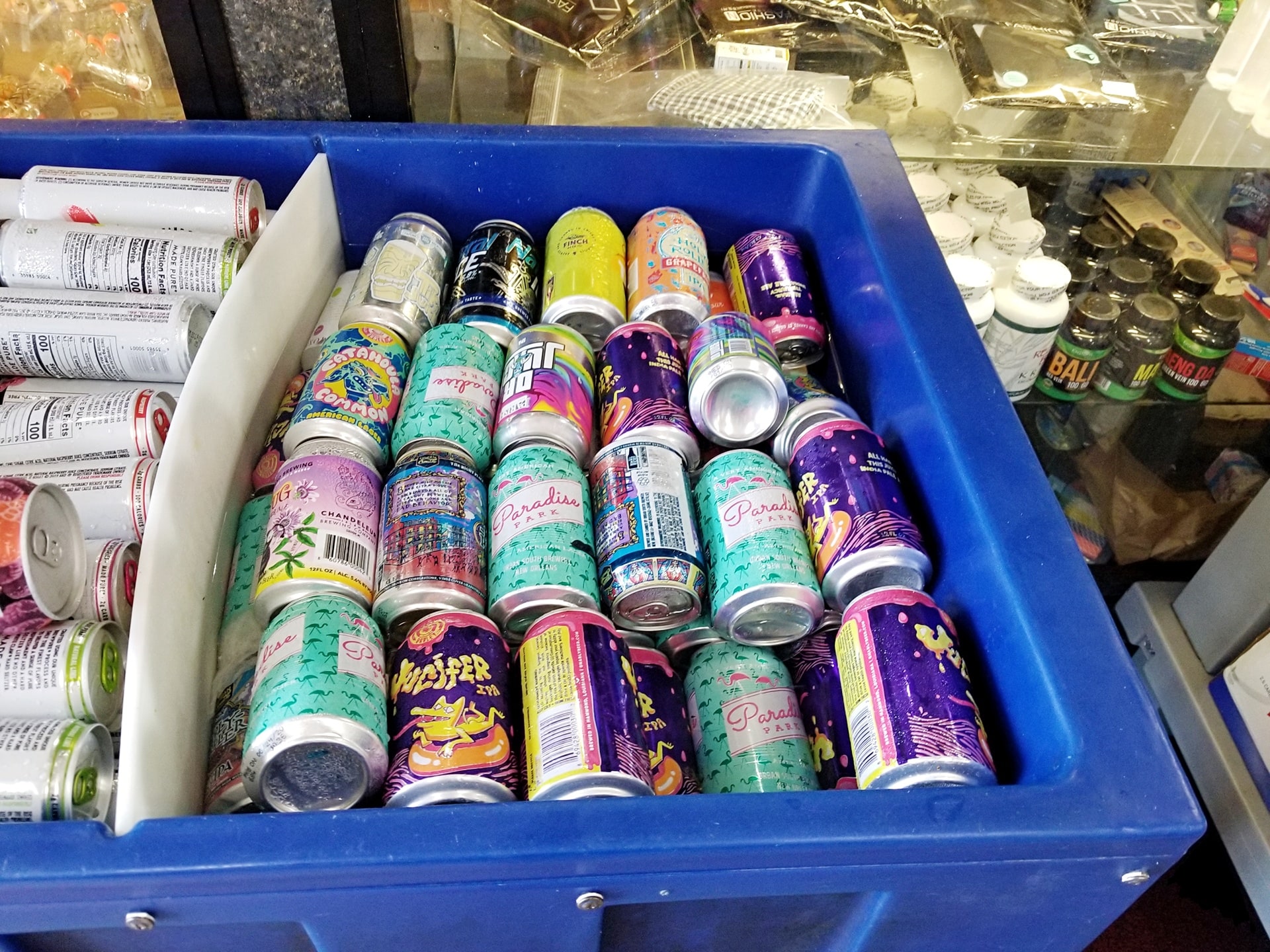 Another regular, Ross Garber, described Hank’s how some might describe an old friend.

“We go to Hanks because it has what we need when we need it — like a Po’ boy, a bottle of wine, and some gluten-free cookies at 3 a.m,” he said.

He continued, “If you like people-watching, or being watched yourself, it’s the place.”

New Orleans is known as a food town and the corner stores are no different. Everyone seems to have that one thing they are known for- for Hank’s, it’s fried chicken.

Customer Wayne Shook explained, “The batter they use makes a perfect crunchy crust with a spicy kick.”

How bout that chicken? 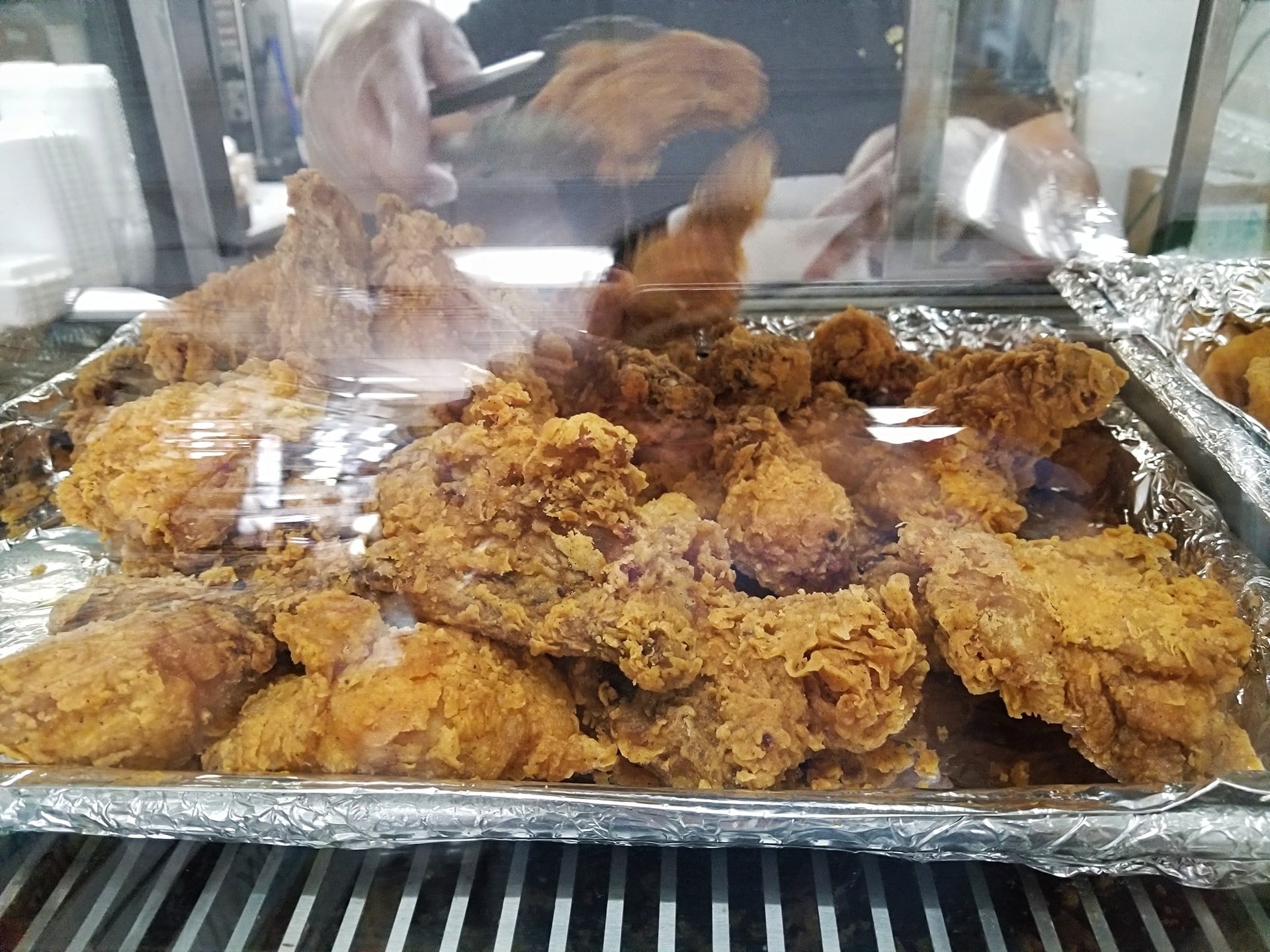 With that kind of endorsement, I had to try the fried chicken for myself. My original intention was to enjoy this delicacy at home, but the smell of the 4-piece dark meat was so enticing, that I had to throw caution to the wind and sneak a few test bites in the car. The flaky crust and tender meat made for a delicious surprise, and for about $3.50 for four pieces, this might be one of the best fried chicken deals in town. 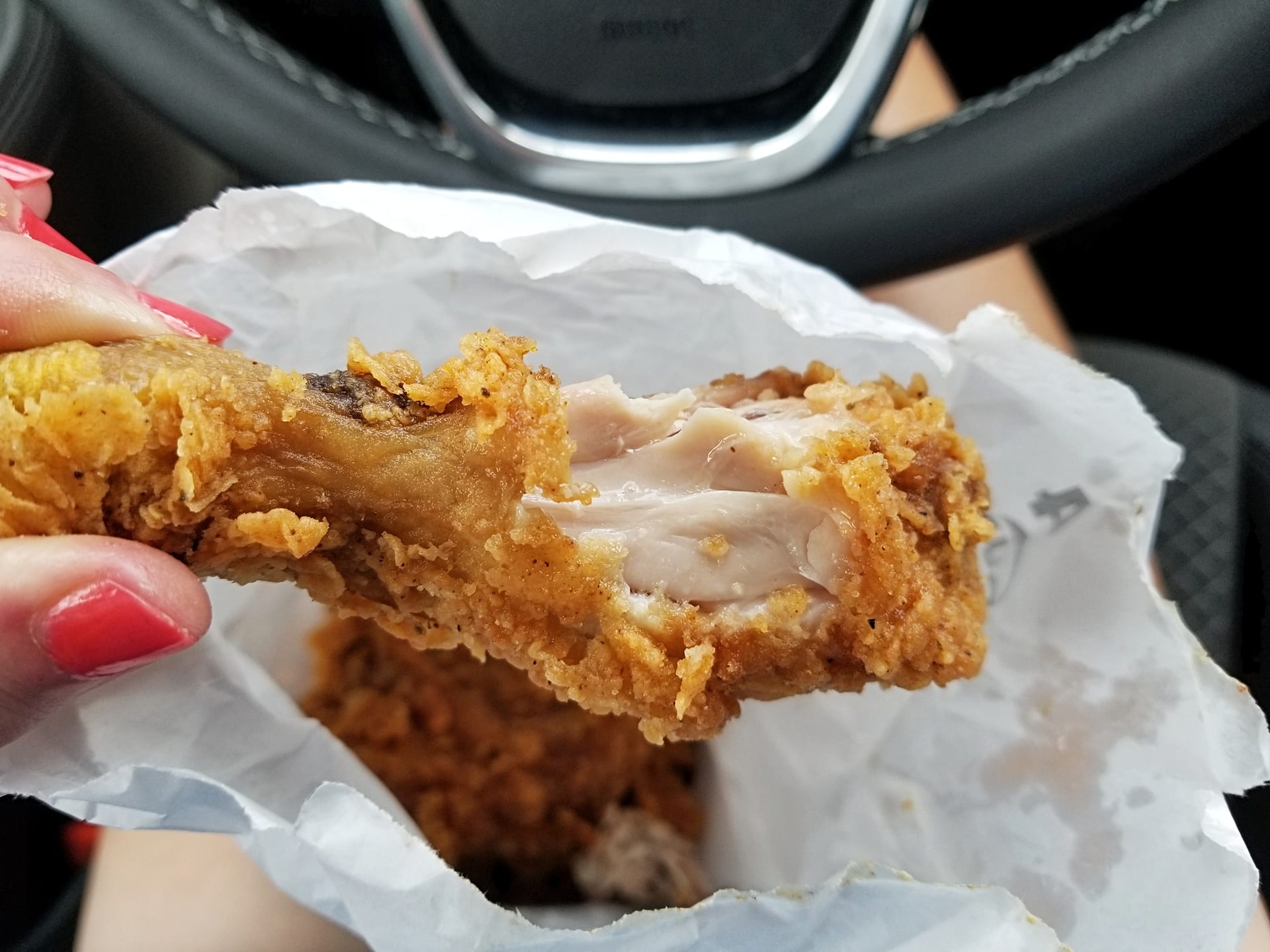 “If you don’t realize just how weird New Orleans can be, just check out the Hank’s Instagram feed.”

What might separate Hank’s Supermarket from the rest of the small New Orleans market crowd is their famed Instagram page, which has over 4,000 posts and boasts nearly 12,000 followers. Being featured on the page has become a bit of a rite of passage for regulars and tourists alike. The unique photos, taken almost exclusively from the cashiers point of view, capture the essence of the neighborhood and the people who call Hank’s home.

Ending up on the Hank’s Instagram page is seen as a brag-worthy honor — a badge that almost says, “You’re an official New Orleanian, now!”

Aubrey, who works the overnight shift at Hank’s, and asked who to be referred to by just her first name, runs the account. It was started by her husband, and Hank’s manager, Alex, and she explained that it started off as a fun way to pass the time and help people keep in touch.

She said, “The Instagram was made by Alex, for the people, so that everyone who comes to Hank’s can feel loved. [It helps people] keep up with their friends and family, who may be out of town, or may not have a phone- like the train kids and homies.”

She continued, “[The Instagram page] has really become amazing with people dressing up to come for pictures. If you ask most locals, they will tell you that you are not supposed to ask to be on there- it’s a gift to be put on there. Really, all you have to do is ask. I love taking pictures, so I just do it randomly. We love our community.” 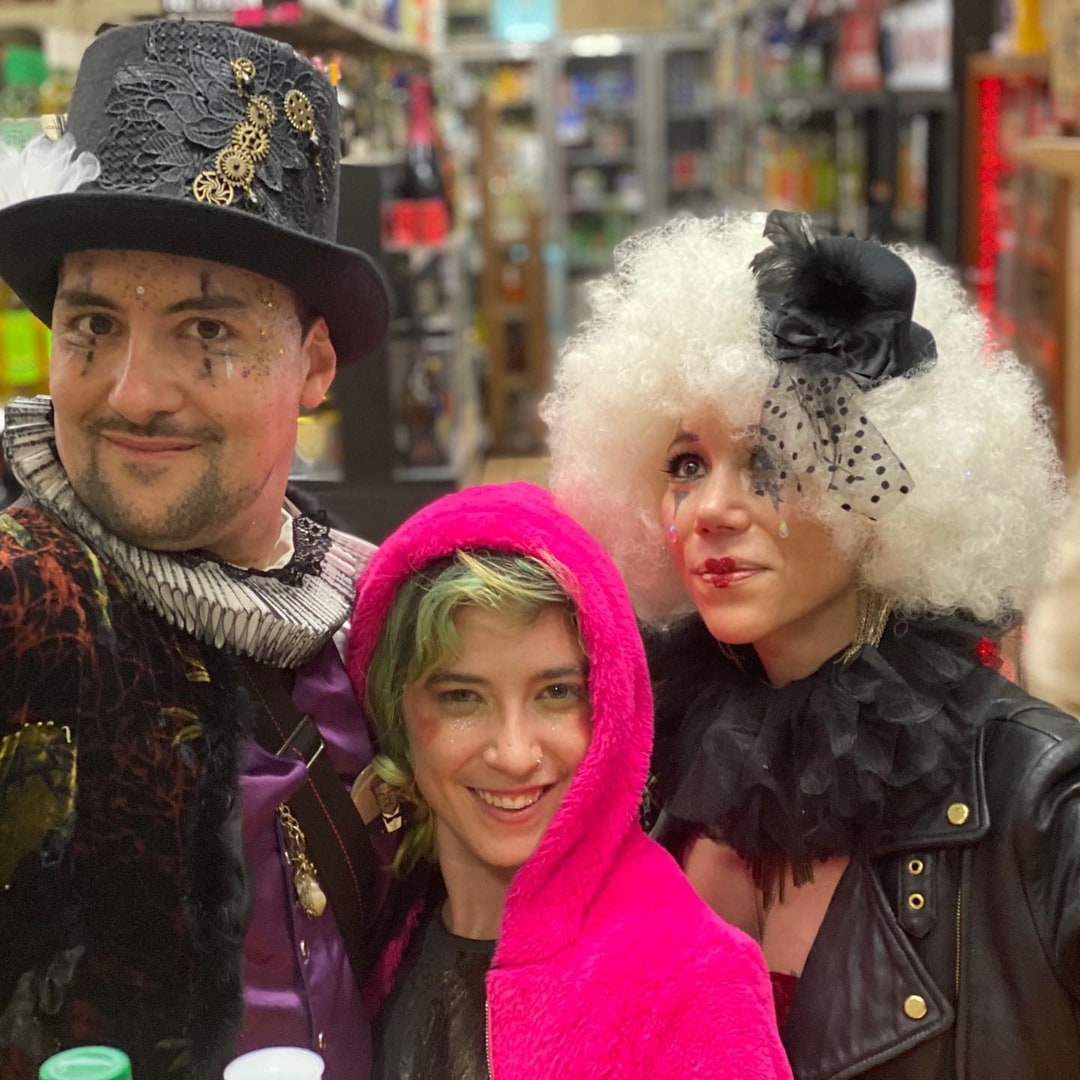 Customer Ross Garber added, “If you don’t realize just how weird New Orleans can be, just check out the Hank’s Instagram feed. One of my proudest days was when I made it onto that feed.” 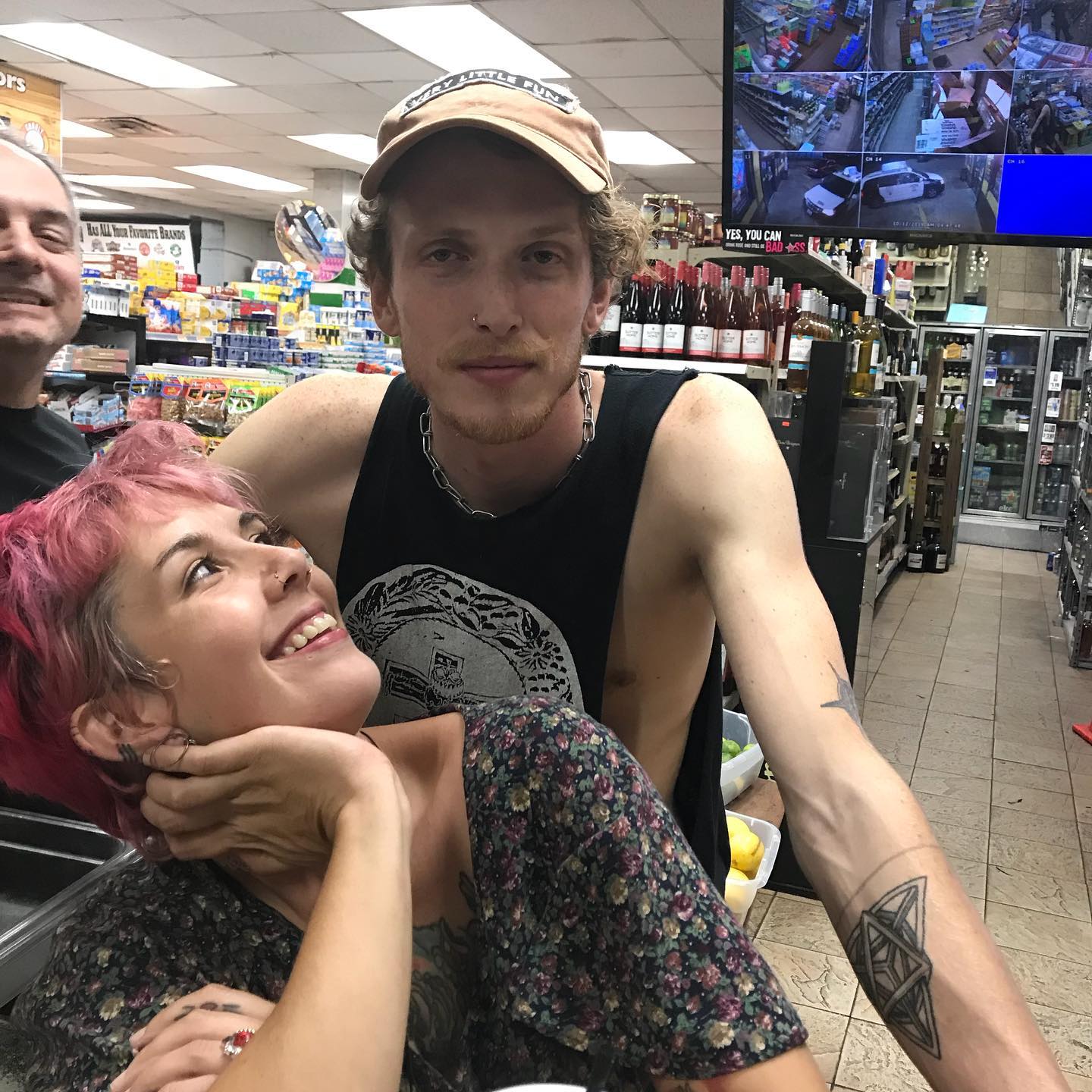 Everybody Goes To Hank’s

“You’ll see everyone you know, it’s all part of the show, if you’re high or if you’re low…”

Hank’s Supermarket has even inspired a love song, of sorts. In a very “only in New Orleans” moment, local musician, set his adoration for the unique market to music. He released the song, “Everybody Goes to Hank’s”, in March.

“You’ll see everyone you know, it’s all part of the show, if you’re high or if you’re low…not a soul will recall what was your name, cuz everybody knows everybody goes to Hank’s,” he croons.

So, what is it about this market that inspired McMurray to pen the song?

“I live not too far from Hank’s, and I was often struck by the scene in the store and in the parking lot- a half-desperate, half-celebratory mix of the high and the low,” he explained. “Folks from every strata of society attending to their business, paying bills, just hanging out, bumming change, slumming, what-have-you.”

McMurray mentioned that the scene at Hank’s was almost cinematic in its inspiration.

“It reminded me of the movie “Casablanca”–various Euro-flotsam passing the time while they wait, a little uneasily, for their exit visas to come through,” he said. “The movie was adapted from a play called “Everybody Comes to Rick’s”, which is where I pinched the title of the song.”

Even if it’s your first time visiting Hank’s, there’s something about the place that feels familiar and welcoming, kind of like New Orleans itself. More than a market, it’s a home away from home that has a little bit of everything you need — whether you realize it or not. 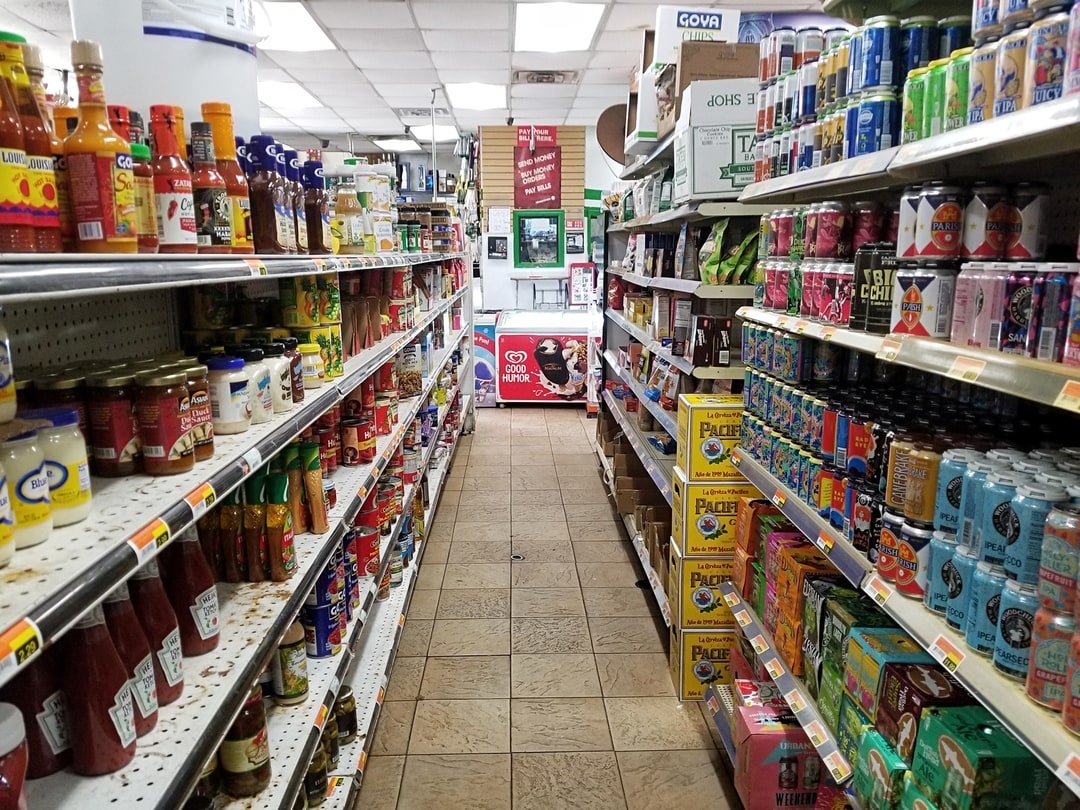 Hanks Seafood & Supermarket
Getting there
2634 St Claude Ave, New Orleans, LA 70117, USA
Get directions
Get a ride with Uber
Get a ride with Lyft
Call
(504) 948-0685
Parking Difficulty
Very Local ranks the parking difficulty so you can know before you go.
Open Now
Mon-Sun Open 24 hours
More Info