Parkway Bakery and Tavern is a New Orleans institution that dates back over 100 years. Located at 538 Hagan Ave., Parkway was first opened in 1911 by German baker Charles Goering Sr., and operated as a bakery and quintessential corner store. Their main product was tasty French bread baked fresh. The tradition continued in 1922 when Henry Timothy Sr. purchased the bakery and not only offered baked bread but also produced donuts and sweet rolls.

In 1929, when streetcar workers went on strike, a handy sandwich dubbed the “poor boy” was invented by Bennie and Clovis Martin, so that striking workers could enjoy a fast and cheap meal while on the picket line. In solidarity, Timothy Sr. began making his own poor boys to serve to union members and conductors, for free. He also served the new sandwich to workers at the American Can Company and other workers in the area. Parkway soon became known as the spot to get the best roast beef poor boy in town. 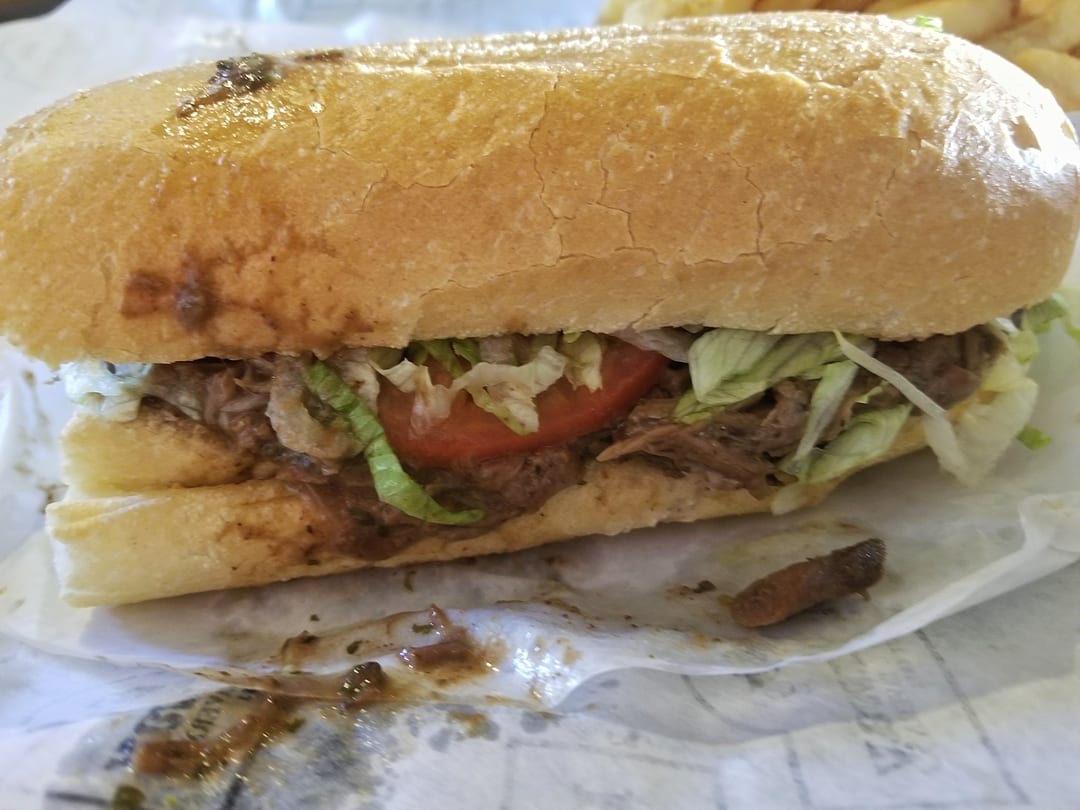 By the 60s, when Timothy Sr.’s sons took over, Parkway was providing bread for most of the restaurants in the Mid-City area. The operation ran successfully until 1978 when a flood destroyed the bakery’s original brick ovens. From there, the decision was made to purchase French bread from Leidenheimer Baking Company and focus solely on the poor boy making operation.

Although Parkway was seen as “rough around the edges,” mostly due to the gruff owners and their refusal to update the popular spot, Parkway remained a popular lunch destination. However, when the American Can Company closed in 1988, the work-lunch business started to dwindle. The Timothy brothers reduced Parkway’s hours in an effort to keep the doors open but resigned to shutting the doors in 1993.

The revival of a neighborhood staple 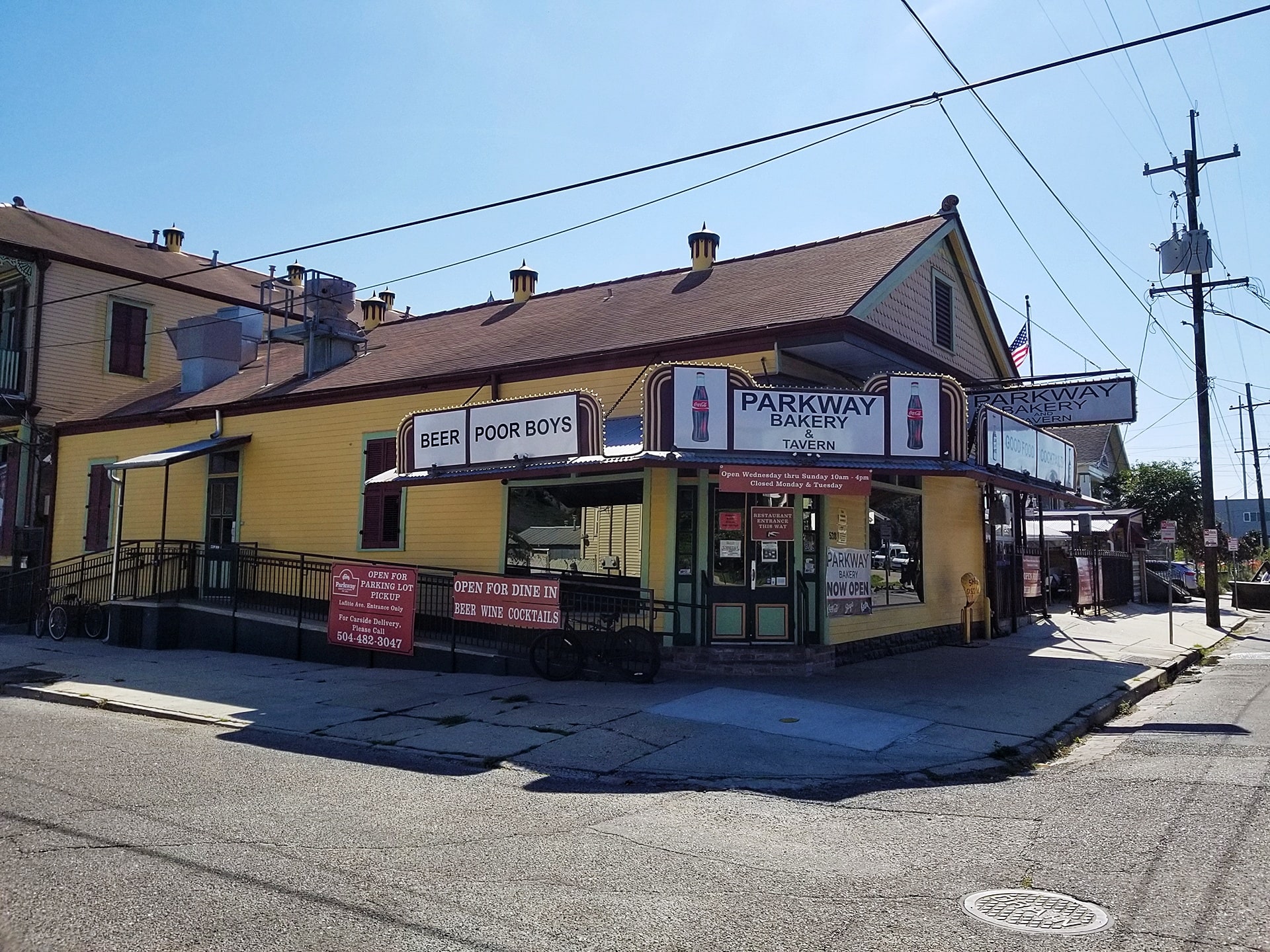 In 1995, the building was bought by current Parkway Bakery owner Jay Nix. He originally had no intention of operating the space as a restaurant and instead turned the building into a toolshed. However, after hearing the stories about the old Parkway Bakery and how much it meant to the neighborhood, Nix decided to take a leap and bring Parkway Bakery back to life.

With the help of his nephew and current Parkway manager and head chef Justin Kennedy, Parkway Bakery and Tavern reopened in 2003 to a line out the door. People were eager to visit the “new” Parkway and try Nix’s version of the famed roast beef poor boy. The success lasted until 2005 when Katrina brought 6 feet of floodwater into the business.

Devastation had, once again, come knocking at Parkway’s door.

After this setback, Nix was tempted to walk away, but Kennedy promised that he would get Parkway back and running. Kennedy helped Nix repair the building and Parkway was back slinging poor boys by December 2005. The reopening was met with celebration, and many saw it as a sign that New Orleans was going to get back on its feet after this catastrophic event. 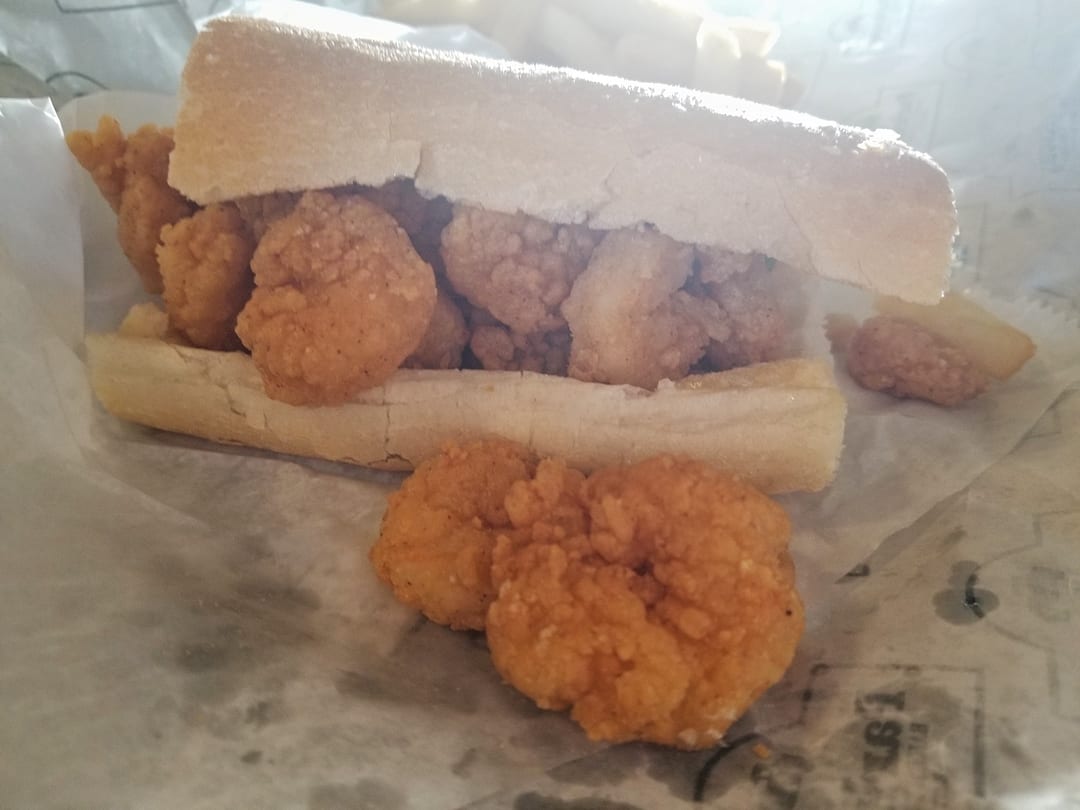 Although the roast beef poor boy and the shrimp poor boy are perhaps the two sandwiches that put Parkway Bakery on the map, since 2008 people have lined up to enjoy Parkway’s famed Thanksgiving poor boy. The massive sandwich sells for $20 and comes piled high with fresh carved, off the bone, turkey, cranberry sauce, and homemade dressing, and it’s all topped off with homemade gravy. It’s the sandwich, traditionally served on Wednesdays, that incites lines stretching 200 people deep. Fueled by social media and word-of-mouth, the mouthwatering sandwich is a yearly tradition for many who don’t consider it the holiday season until they get their hands on the Parkway Thanksgiving poor boy.

This year, due to the pandemic, Kennedy and his team have decided to offer the sandwich a little differently. In order to avoid long lines and overcrowding, Parkway will be selling the sandwiches on Tuesdays, in a meal kit that can be assembled at home. Each kit will come with two poor boys worth of fresh French bread, fresh carved turkey, cranberry sauce, homemade dressing and homemade gravy for $40, plus tax. There’s even some Parkway memorabilia thrown in as lagniappe.

You will be able to call ahead to order and pick a time on any of the four Tuesdays in November to pick up your kit. Kits will be able to be picked up through a drive-thru system at the restaurant and then assembled at your leisure. Each kit easily serves four people.

“We thought that the kits would be the best way to do it because we went to abide by all of the rules and keep people safe,” Kennedy explained. “This way, we can avoid overcrowding and people can bring the kits home, put the sandwich together, and enjoy it on their own time. They won’t have to worry about rushing over here on their lunch hour and standing in a line.”

🙌🏽❤️ NOW – November 23rd, call us at 504-482-3047 (or email: parkway@parkwaypoorboys.com, subject: ‘Thanksgiving’) to pre-order your #ParkwayThanksgiving Family Meal Kit (two large Thanksgiving Poor Boys with Parkway memorabilia included). We’re accepting pre-order calls daily from 10AM – 4PM!🦃 ❤️. . Available Now: #IDidItForTheTurkey gaiters and face masks by @acfoundation can be ordered online at www.alcopelandfoundation.org or purchased right here at #ParkwayforPoorboys for $15 each. Help us fight cancer with ACF! 💪🏽❤️ 🦃 #IDidItForTheTurkey . . Each #ParkwayThanksgiving Family Meal kit easily feeds four people for just $40 (plus tax). Comes with easy assembly instructions & some terrific #ParkwayforPoorboys keepsakes. ✨PLUS, if you add an order of the @hogsforthecause @boucanerwine Boucaner Red Wine (70% Syrah, 30% Pinot Noir) to your meal kit in November, we will sell it at our cost of $15, with proceeds to help families who have kids with pediatric brain cancer.✨❤️ Pre-order your Parkway Thanksgiving Family Meal Kits today, and pick it up on one of the last two available Tuesdays in November from 9AM-5PM at your preferred time slot. We will run it to your car in our parking lot.💪🏽❤️ . .We need to do things a little different to keep folks safe this year, and we’re excited to help families celebrate Thanksgiving at home with our easy to assemble Parkway Thanksgiving Family Meal Kit, full of what you love best from our annual tradition. 🦃❤️💯 . .✨Use the hashtag #parkwaythanksgiving so we can see you enjoying your kits at home in November, friends! God Bless and stay safe.✨ . .#ParkwayforPoorboys Hours: WED – SUN, 10AM – 4PM Dine-in ✅ Parking lot pickup ✅ Takeout ✅ Menu: parkwaypoorboys.com ✨ Phone-in order hotline: 504-482-3047 . . .#whodat #cityofyes #fitnola #nolafamily #neworleans #covidnola #nola #followyournola #noladining #eaternola #southernliving #ignola #onetimeinnola #showyournola #whodatnation #friedshrimp #neworleansfood #neworleansculture #neworleansstyle #eatingnola #wherenolaeats #takeoutcovid #takeoutnola #eaternola #friedoysters #nolakids #southernliving #nolathanksgiving

The Thanksgiving poor boy is more than just a tasty tradition, it’s all for a good cause. In past years, for $100, you could skip the long line to get your Thanksgiving poor boy fix, and the money would go toward the Al Copeland Foundation. This year, Kennedy is working on a way to benefit the foundation, once again. He’s also fundraising for Hogs for the Cause, through the sale of bottles of Boucaner red wine for $15. Money raised will benefit pediatric brain cancer care.

Parkway is currently open for dine-in and takeout and, as always, people of all types are stopping in and eating at Parkway Bakery.

“New people are coming in all the time,” Kennedy said. “Parkway draws people from all walks of life. You see different people eating here and having a conversation. It’s what a poor boy shop is all about.”

Here’s your guide to Indian Food in New Orleans

Here in New Orleans, we’re fortunate to live in a city that draws on the culinary traditions of many places. In the last few years, Indian cuisine has begun to...