His saxophone roars and trills, his singing voice is solid and soulful.

His third album, “Keep Movin’”, will be released on Oct. 4. His eponymous band packs the Hotel Monteleone’s Carousel Bar every Wednesday. They are also featured performers at The Spotted Cat. He is a founding member of the Soul Brass Band, a funk and brass ensemble that spent the summer touring Europe, and that can be frequently found on Frenchmen Street. And Martin is one of the best tenor saxophone players in a city that has a surfeit of great musicians.

Yet, if things had played out differently, Martin might not have chosen the saxophone at all.

“I wanted to play guitar in the high school jazz band,” Martin recalled. “And we had a very strict band director at the time that wouldn’t allow jazz band members to be in the band unless they were also in the marching and symphonic bands. You had to be in those bands. So, they’re like, ‘You’ve taken music lessons before, you’re not really starting, we’ll give you the tambourine.’ I was like, no man. I never played the saxophone before, I’m gonna play the saxophone. Just give me a saxophone… and it was love at first sound.” 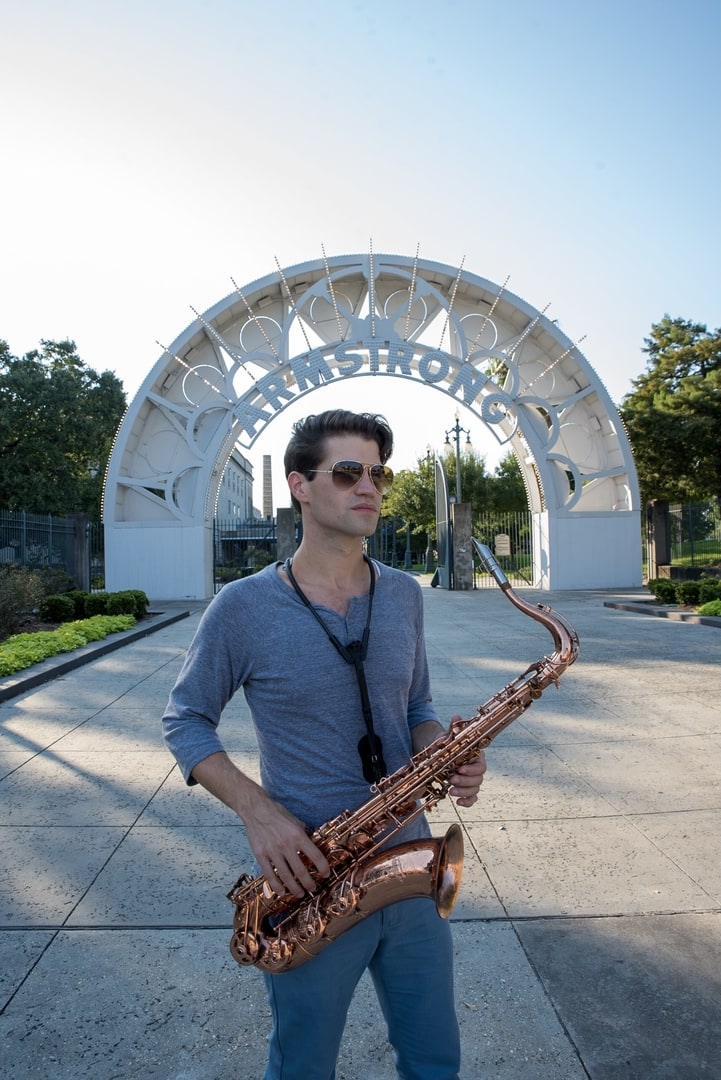 Soon Martin was establishing himself as a premier tenor saxophone player. He enrolled at the New Orleans Center for the Creative Arts (NOCCA), and formed a band with future luminaries Troy “Trombone Shorty” Andrews and Jon Batiste. Martin joked that he made the band because he was the oldest and could drive the van. They booked a standing Sunday night gig at the Maple Leaf Bar, but success didn’t come quickly.

“We would play every Sunday night,” Martin lamented. “We would compete against Sunday Night Football. There would be more people watching the game, in that little strip of the bar at the Maple Leaf, than would be watching us.”

But Martin kept working. He earned a full scholarship to Loyola University, where he double majored in jazz saxophone and music industries. During this time, he was also a member of Trombone Shorty’s band Orleans Avenue. In total, he would spend seven years in the band, recording three albums, and touring both nationally and internationally.

In 2012, Martin found himself with another member of the Andrews family, Glen David Andrews. Andrews found the perfect foil to his gritty gospel style in Martin’s soaring saxophone, and Martin found someone who would show him how to lead a band.

“Glenn, he already kind of had it figured out,” Martin said. “He had songs licensed. He had tours. He was on TV. He had his own band. He had a lot of knowledge about how things work. And I learned a lot about the intricacies of how club managers and clubs work, about bookings, how to deal with musicians in your band… different problems or opportunities.”

From 2012 to 2016 Martin was a mainstay with the Glen David Andrews Band, but in his heart, he knew that to grow as an artist, he had to strike out on his own. Appropriately, in 2017, he released an album called Something’s Gotta Give, stepping into the spotlight as the leader of the James Martin Band.

“All that hard work, all that pushing through, doing it at full speed, whether I felt completely confident in myself or that it would work out, but just doing it because I knew that’s what I wanted, and I was true to myself. So that’s kinda what I meant by something’s gotta give. And it was kind of terrifying at the time,” Martin recounts, explaining what influenced his decision. “It was a big step and a big change and I knew it was necessary and even overdue.” 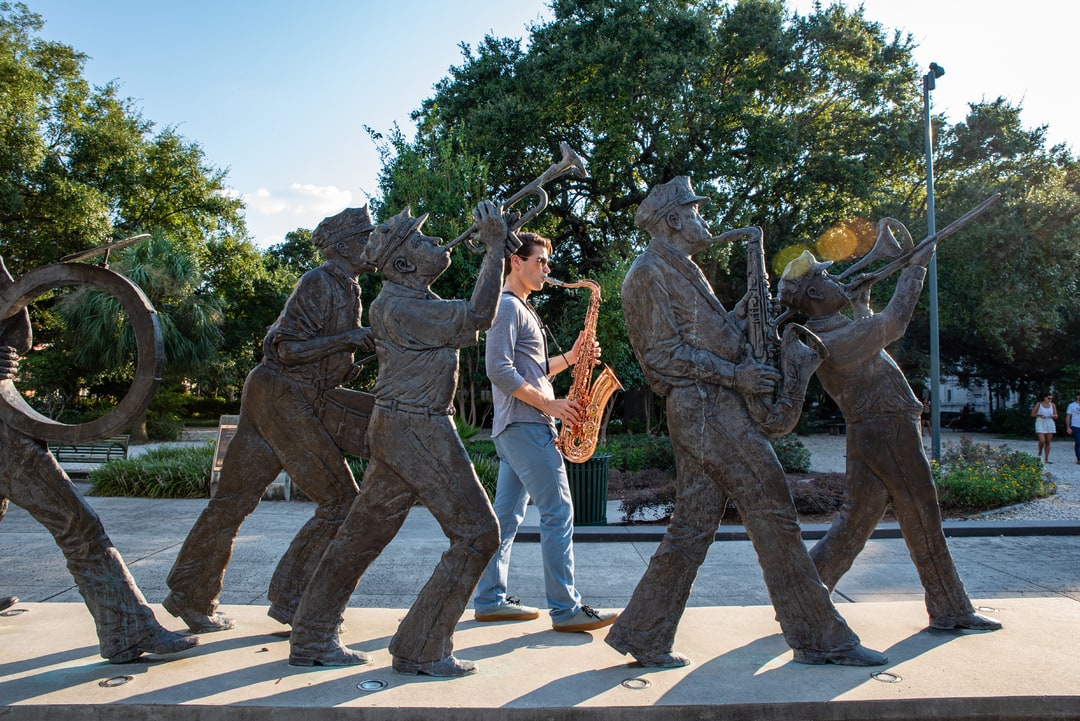 The record was a mix of originals and covers, including a pianoless version of Allen Toussaint’s “Southern Nights,” anchored by a sousaphone instead of a bass, a nod to New Orleans brass band tradition. For Martin, a born and raised New Orleanian, it is critical to both embrace and experiment with tradition, just as his influences Allen Toussaint, Dr. John and the Nevilles did before him.

“I think a lot of those guys, Allen Toussaint, Dr. John, they were all influenced by the things they were experiencing at the time,” he said. “They were all influenced by the music they heard at the time. And they’re kind of playing that role in my life. That’s what I have heard growing up in the city. I don’t know that people out of town didn’t know who the Neville Brothers were. That was just the sound I heard. There was no difference between bands like the Beatles or the Neville Brothers or the Meters to me, it was all just the same.”

These influences, both musical and experiential, coalesced for Martin on his latest record, “Keep Movin.'” If “Something’s Gotta Give” was about transition and transformation, “Keep Movin’” is about forward progress. Where the former was a mix of covers and original music, and at times searching and tentative, the latter is confident and commanding, with Martin writing and arranging the songs, and performing them with gusto. His saxophone roars and trills, and his singing voice is solid and soulful; a soul which is rooted in his love for New Orleans and its musical legacy.

“New Orleans is my story. Generational even. It’s very much who I am. The music has created my identity,” Martin said. “It would be incredibly hard for me to leave.”