There’s just over a dozen places in the country that actually press vinyl records, NOLA is home to one.

Published on Wednesday, May 27th, 2020
by Sabrina Stone

Record presses are surprisingly hard to come by. With only about 16 presses in the 50 states, the growing success of one in New Orleans is a big deal.

“There’s so much music in New Orleans, it struck me as crazy that no one was making the actual product here,” said New Orleans Record Press founder, Dan Lauricella, as he sat in the flatbed of his truck. He was covered in construction dust from a renovation that he had put on pause to answer a few questions. “Of all of the things I’ve done in my life, pressing a record has definitely been the hardest. It’s so much easier to build a house.”

Co-owners Remi Foulon, Mike Quinlan and Dan Lauricella come from wildly different backgrounds but the one thing they all have in common is that none of them has ever run a record press before.

“It’s such a specialization, there just aren’t that many opportunities to have done it. We learn as we go,” Remi told me.

Back in 2016, Dan needed an extra hand on a house he was building and Remi was hired as a carpenter on the project. One day on their lunch break, Dan brought up the idea of building a record press.

“We were two guys just talking and friends, doing construction work. I floated the concept and Remi said, ‘I’ve got a little bit of money saved up. OK, let’s do it. Let’s build it! … So, I sold a house I’d just finished fixing up on St. Roch,” said Dan. “We worked it out. We have no debt. We have no investors. We built it all ourselves.”

Next, they hunted for a location.

“We needed it to be big enough, but because none of us had worked in this industry before, we actually did not know what ‘big enough’ would be for the machine, the packaging area, the office,” said Remi.

That’s how, in March of 2017, they ended up with a warehouse so large, they could throw concerts in it. Later, when Mike joined the team, his experience and enthusiasm about live music came in handy.

“I love events and this space is unique,” Mike said. “I think it’s nice to be able to bring awareness, to find causes in the city and partner with organizations like The NOLA Musician’s Clinic, the Trombone Shorty Foundation, to bring groups in, get people excited about vinyl, show them how it works. Operating a live, working record press, it’s a unique draw.”

The press itself is, indeed, impressive. It’s huge and intricate and has many moving parts. 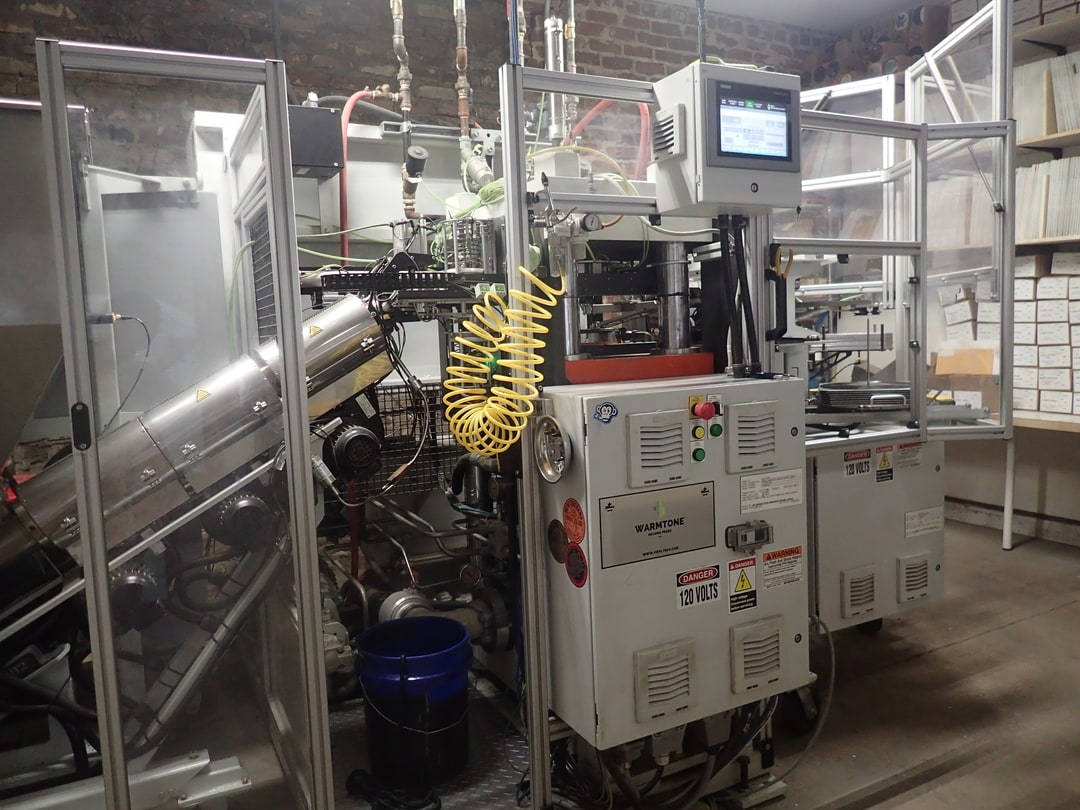 “A thing that’s interesting about a record press is that it shares a lot of similarities with a dry cleaner’s setup, where they have a boiler and a chiller. The heat is provided by the boiler which goes through the mold, which heats the platform and then cold water comes in behind and cools the records and that just happens over and over again,” explained Dan, who knows the equipment inside and out. “I have to. I went all the way up to Canada to see the machine myself before we brought it back to our warehouse. When you own everything outright, it means that, if I write a check for equipment, I need to know how it works. I need to know how to control it, how to fix it, how to adjust it, and it’s a challenge ‘cause commercial equipment is crazy.”

“It was all a challenge,” said Mike. “It was like baking. There are so many variables. No one can tell you exactly how it’s done. Every oven’s a bit different, every chef’s a bit different, every recipe’s a bit different. The vinyl from one place reacts differently in one machine and it takes time to learn how to make that good cake… or record. It’s easier to get a record to look cool than it is to get it to sound good and we’re trying to adhere to a high standard of audio quality ‘cause that’s what sets us apart and gets us repeat business and makes everyone happy when they listen to our product.”

There is no denying that New Orleans Record Press records look good. They print in every color, every opacity, psychedelic patterns and they even offer recycled records, which are remade, perfectly, from the PVC of imperfect runs. 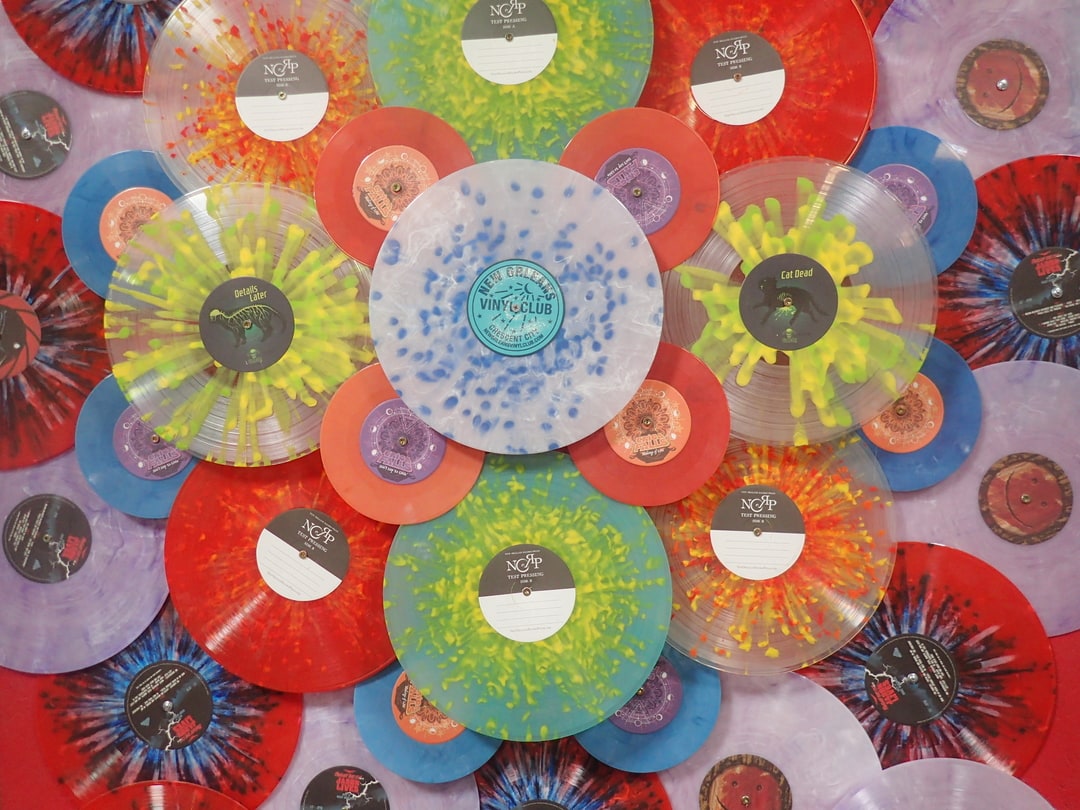 Recording an album is usually the only involved part of releasing music these days. It requires musicians playing instruments, recorded on audio equipment, mixed by an engineer, mastered and then the tracks simply get uploaded to a distribution company that sends it to streaming platforms. Making a physical record includes many more steps.

“There’s a lot of magic and nuance that happens from after the master to when we get the record,” said Dan.

“It’s really easy to do a bad job on our end, the wrong material, the wrong setting. It’s not always a clear culprit,” added Remi.

The results speak for themselves. These records are works of love and precision. Curious as to who their customers are, I was given the answer I’d hoped for. 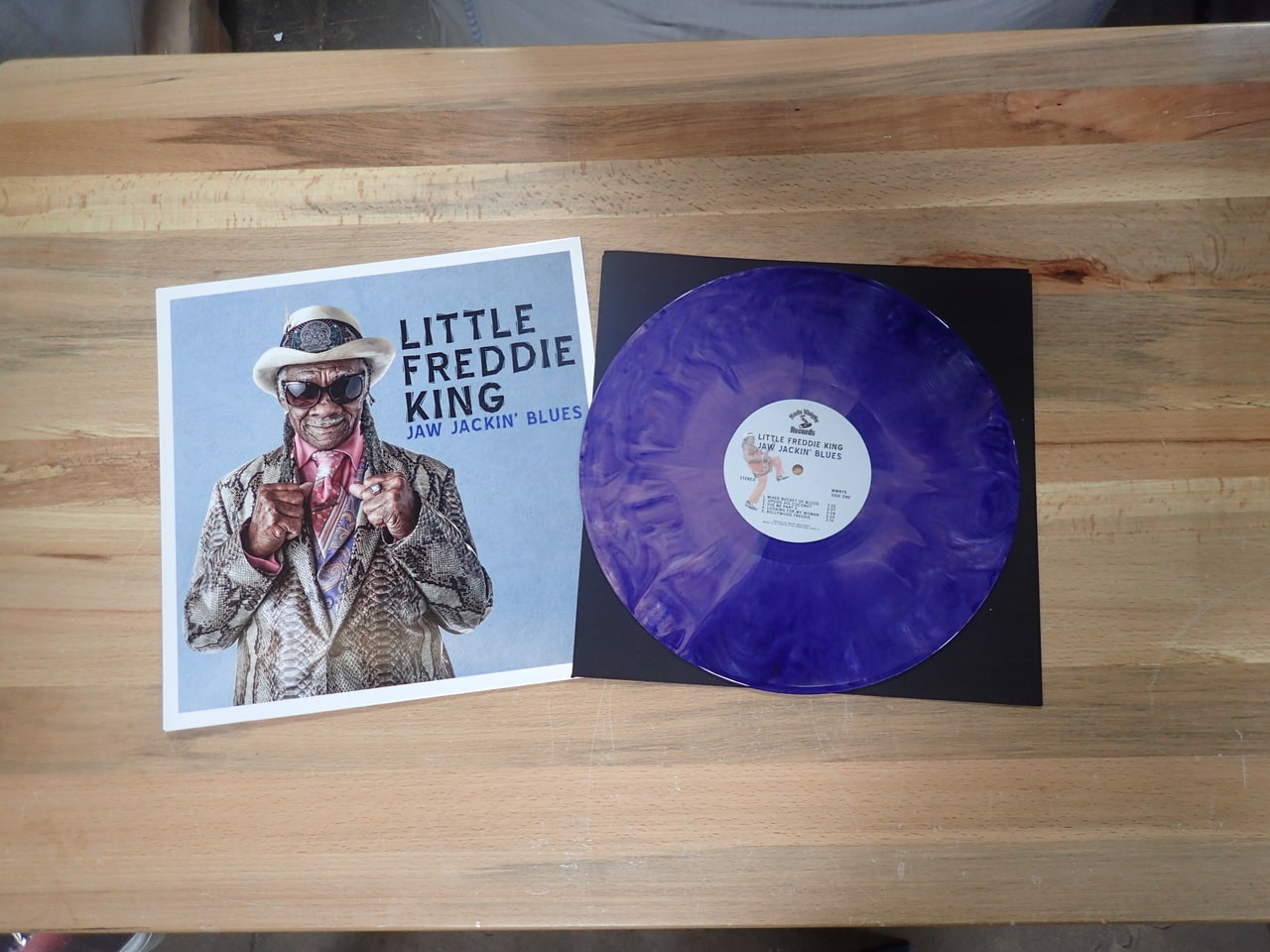 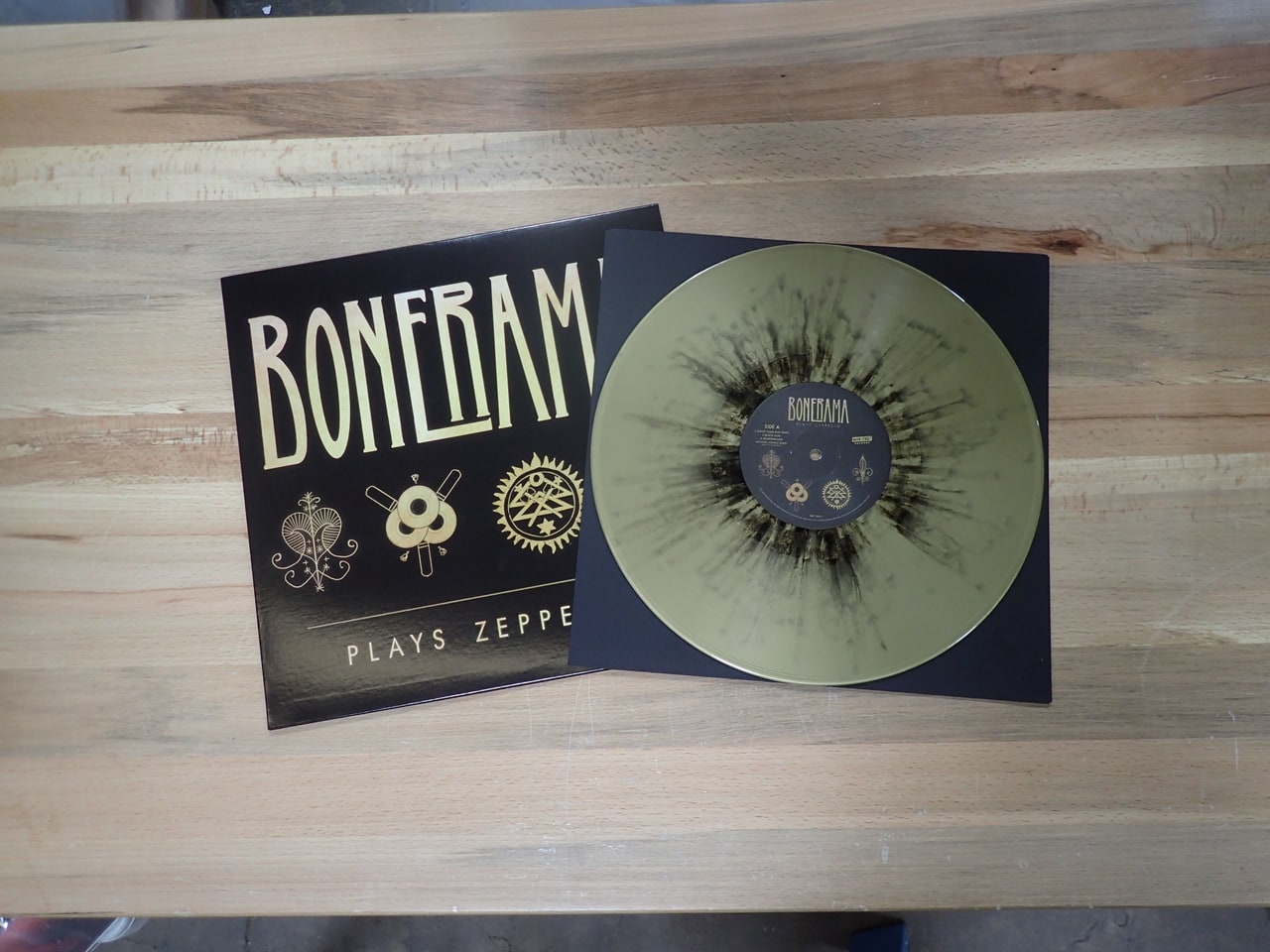 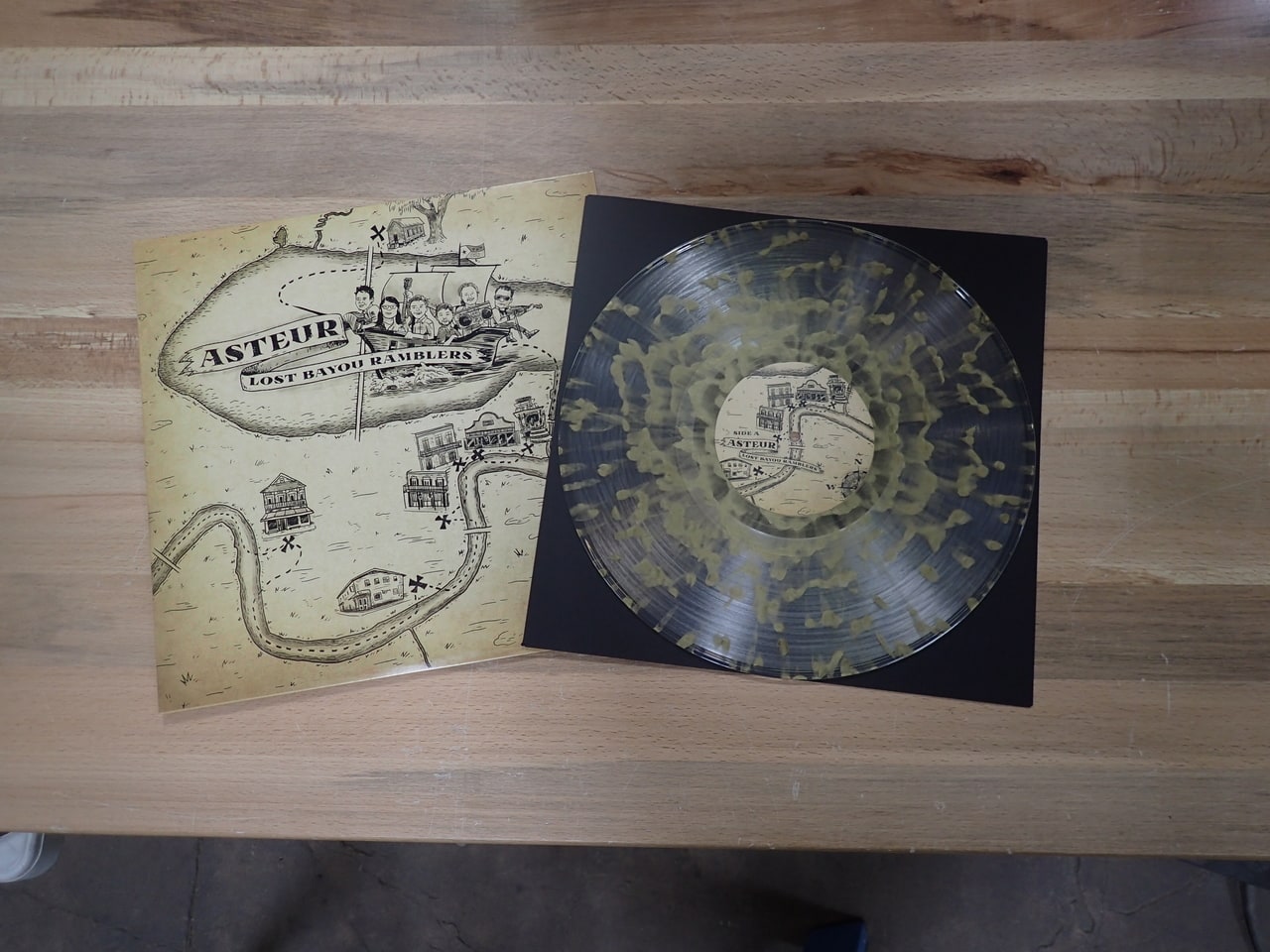 “Many of the big acts down here and a lot of Frenchmen Street guys” said Remi. “We’re starting to press all of New Orleans.” Mike elaborated. “Anders Osborne, Bonerama, The Usual Suspects. We’ve been trying to get everyone to come in here through our events and marketing. We did PJ Morton’s last three records. We press tons of records for metal bands. Thou is a big repeat customer. Waxwork Records prints all of their classic and modern horror film soundtracks with us. We work with NOCCA and we print for fundraisers. I think of the record press as a nexus where all types of New Orleans music meets.”

New Orleans Record Press
Getting there
1336 Montegut St, New Orleans, LA 70117, USA
Get directions
Get a ride with Uber
Get a ride with Lyft
Call
(504) 507-8621
Parking Difficulty
Very Local ranks the parking difficulty so you can know before you go.
Opening Hours
Mon-Fri 9am–5pm
Sat-Sun Closed
More Info
Website