Brittany Schall could do anything that she wants to do with her art. Her art is powerful, personal, photorealistic and astoundingly skillful. What she chooses to do with it is bring joy, bring playfulness, and shine a rainbow light through her wearable art fashion line, La Adorna.

She is one of the collaborators on the epic Bywater popup art installation, JAMNOLA, and she has been running around all day, dealing with logistics for her upcoming artist takeover there, “House of Eclectic Souls,” which is quickly selling out.

She is in the middle of painting a massive illustration for a tarot card when the Zoom screen opens up. During the interview, I’m having connectivity issues and she is navigating it with grace and patience.

“Welcome to Zoom, where everyone gets to see everything all the time!” she beams, making me feel truly welcome to learn who she is, to see what she makes, and to ask anything.

Tell me about Brittany Schall as an artist, before the La Adorna work came out.

“I do photorealistic photos and drawings. I studied it in school. Then I moved to New York and worked as an artist’s assistant, painting someone else’s paintings— I’m in permanent museum collections around the world under someone else’s name. At the time, I still had to walk dogs to pay the rent. Then the city got overwhelmingly expensive. My stabilized studio was sold to make luxury housing. The group of people I was doing art with, we all dispersed.”

What originally brought you to New Orleans?

“I was seeing a photographer at the time who is now my husband. When I’d visit, people were so kind and would introduce themselves by their first name and then just start talking… not about their work, just about anything. I realized I was missing out on so much of my life because all I knew how to talk about was work. I was not a well-balanced human.”

How did moving to New Orleans feel?

“I fell into its warm embrace! I was able to connect with so many people. I always joke that New Orleans is my rehab from New York City. There’s so many sweet, wonderful people and everyone wants to collaborate. It really has this wonderful connectivity, it’s this creative hive. Instead of, ‘Don’t tell anybody about this secret thing that I’m doing,’ we get, ‘You need resources? Let’s come together!’”

Who are a few New Orleans costume designers you admire? 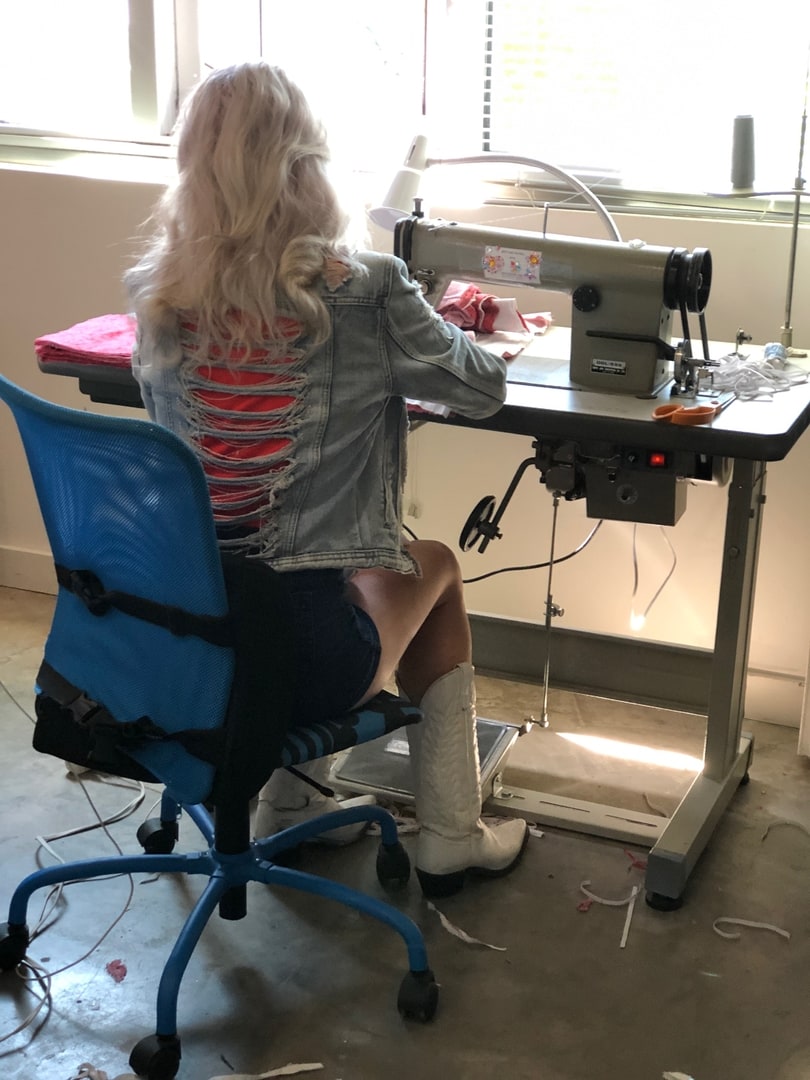 “Oh, that’s easy. Julianne Merino’s rich colors and fabrics make me think of a baroque circus. She pays extreme attention to detail. It’s incredible craftsmanship. Mimi Girouard, she’s a fabulous artist who uses fringe and she hand-dyes all of it. I love the textures and the composition of her work and that she collaborates with other artists and adds elements of their pieces into her own. There’s Emily Swietlik [a.k.a. SwietStuff] and her whole #empowARTment mission and movement to help women around the world. And the fabulous She Comes In Peace— her color palette and general aesthetic. She’s an amazing hairstylist, prop designer and all-around artist.”

What’s the story behind La Adorna? 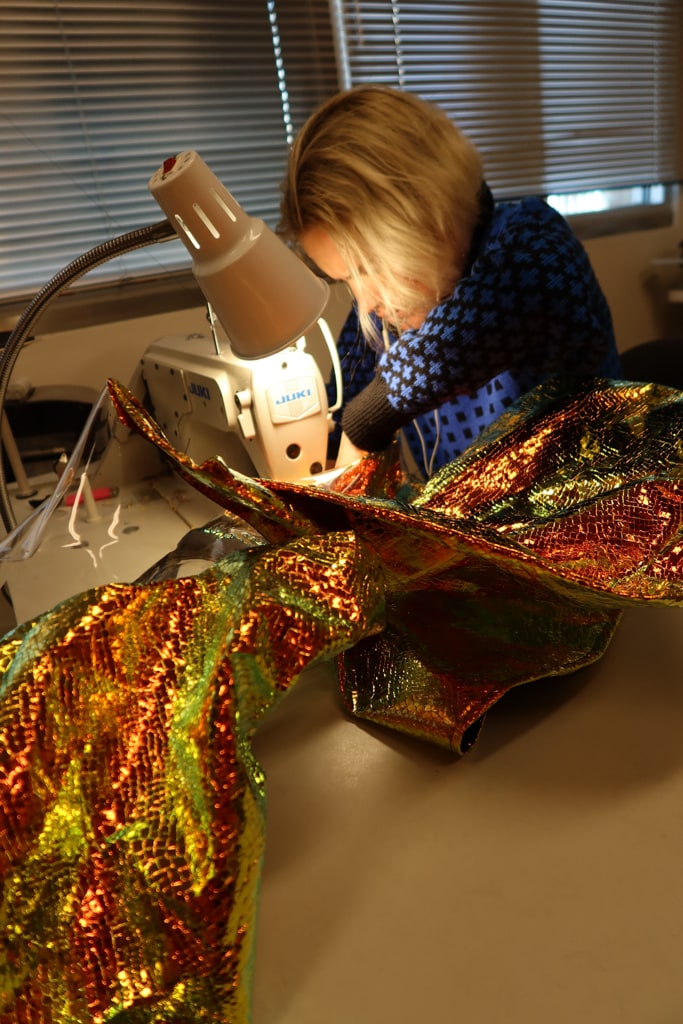 “La Adorna came around in a weird way. I had suffered a really severe neck injury. My partner had to brush my hair for me. There were days when it was so bad, I couldn’t even feed myself. It was like that for a year and a half. The doctors were like, “You have to come to terms with the chance that you might never draw or paint again.” That led to a total crisis. I didn’t know how I would make money. I didn’t know how I would express or define myself as a person.

“I was stubborn. It took 2 1/2 years to fully rehab. I could barely stand. I had to be careful with where I was walking, so I didn’t black out from the pain. I could basically prop myself up in bed and hot glue things to headbands, so that’s how I started. My dad passed at the same time. He was only 50, so it was really shocking. There were so many negative things going on in my life and in the world. I felt that I had to create this rainbow light for myself, and that’s what La Adorna is.

“As far as the name goes, we brainstormed everything about what a costume is: It’s a garment, it’s a hat, it’s an adornment. “It’s an adornment!” So, we tried that phrase in a few languages and created this mashup of English and Spanish that was easy to pronounce phonetically: La Adorna.”

How did your collaboration with JAMNOLA come about? 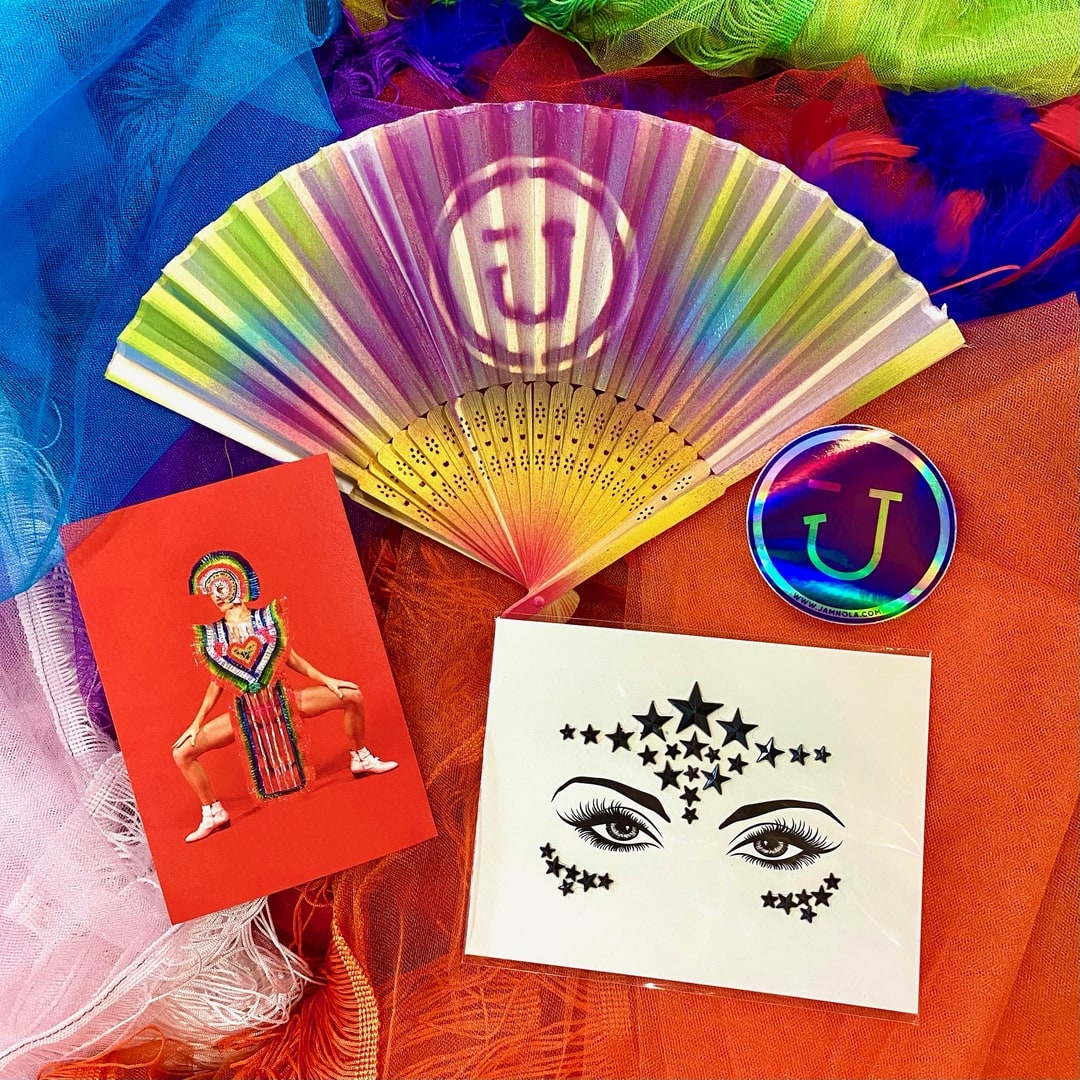 “JAMNOLA was just being created. My husband and partner, Josh Hailey, had been invited to participate in one of the rooms called, “What’s your JAM?” So he made a digital photography collage of New Orleans. Then Shel Roumillat, she’s the owner of the New Orleans Costume Center right down the road, was curating JAMNOLA’s “Costume Closet” and she suggested La Adorna. That’s how they ended up with one of my first vinyl pieces called ‘Bowie Bright.’”

What’s your favorite part of JAMNOLA? 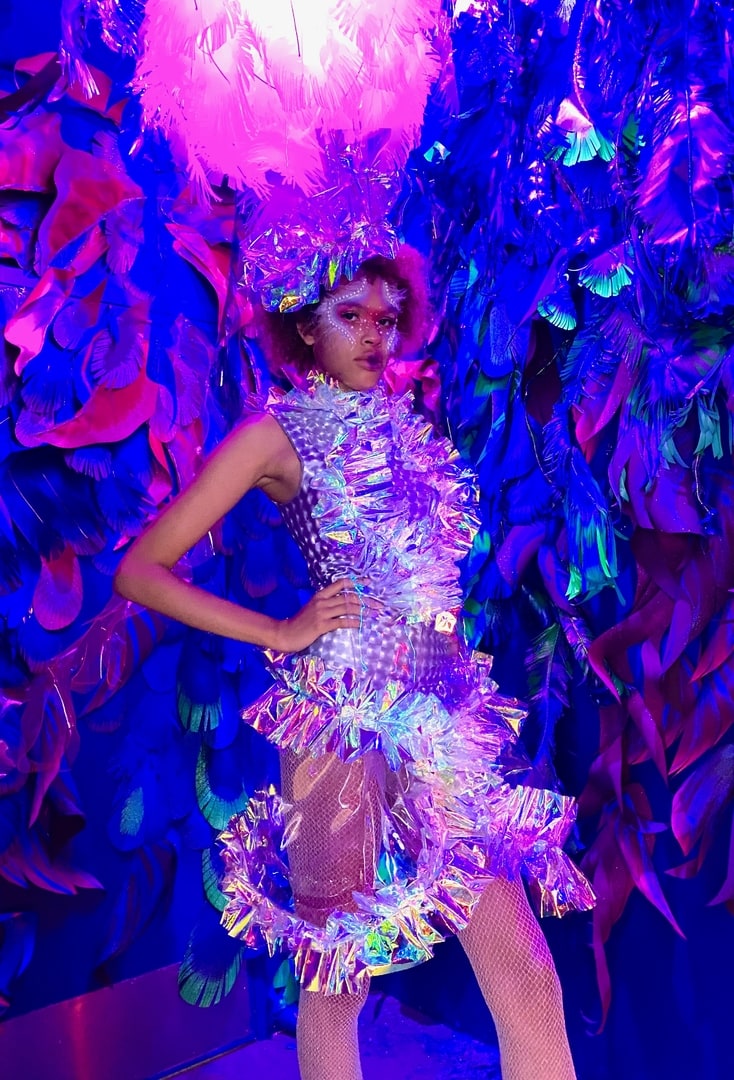 “My favorite room is the ‘Bayou Bling Room’ which is an entire swamp constructed out of gold and black sequins. It’s exquisite and beautiful and visually tantalizing. Each room has been created based on an aspect of New Orleans, they all have this really special connection to the city and it’s the version of the city seen through the artist’s eyes. It’s a walk-through tour, where everyone’s encouraged to wear a costume, which I love, because that provides a chance to engage in the pageantry of this city that we’ve been without for so long.”

MORE: JAMNOLA’s permanent art pop-up is all the fun you’ve missed during quarantine

Tell me about the “House of Eclectic Souls” takeover.

“All of the rooms will have all of their current art in there, we’re just adding and changing through vibe and attitude: lighting, cloud machines that are low emission so they stay at ankle height, lasers, disco balls, strobe lights. Everyone is masked. You go in groups of six. Nine of the 14 rooms will now have a performer in there, completely decked out, head-to-toe with the most crazy, lavish, extravagant pieces that I’ve made, to date. The spotlights will pop up on the La Adorna models– They’ll get their own private Halloween parades. Everyone attending gets a fun little gift bag with tarot card paintings, stickers, fireball flasks and we’ll be taking photos so there will be a costume contest online.”

What does Halloween mean to you? 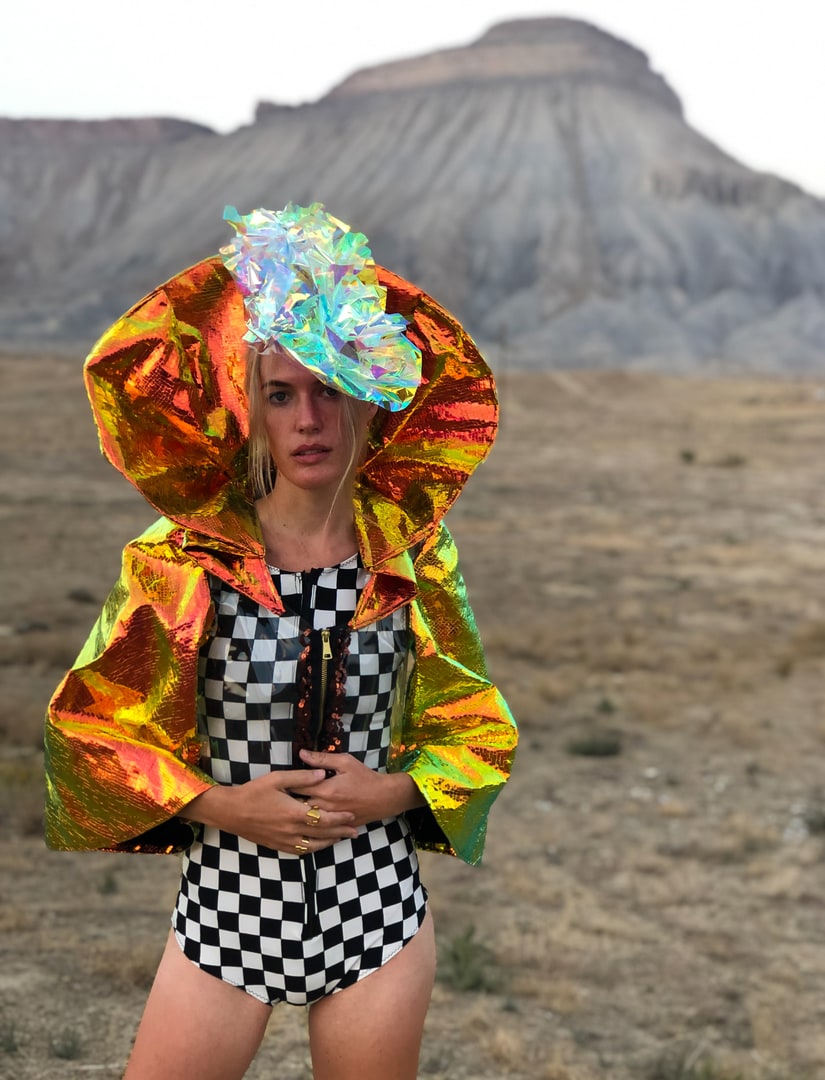 “I’ve always loved Halloween. It was this exclusive thing my dad and I got to celebrate together. My mom and brothers weren’t into spooky things. So, we would geek out, go to haunted houses together, have horror film movie marathons. Also, I’ve always loved the idea of being able to be someone else for a night.”