Most musicians hope to stay relevant for twenty years. Johnson, who is eighty, has been in the game since he was a boy.

It was King’s Day, Jan. 6, the start of the Carnival season, and Al Johnson made his way to the stage outside of Bywater Bakery. A keyboard awaited him, as did a large crowd. Johnson took his time, his smile widening as the crowd waited in anticipation. He pulled the microphone toward him, and asked “What time is it?”

Without hesitation, the crowd responded “Carnival time!” Johnson, acting as if he didn’t hear, asked the question again, and the response was a more raucous rejoinder.

He asked the question for a third time, and seeming pleased with the response, cued the band. The horn section soared over his staccato stride on the piano, the notes ascending to a crescendo culminating with the familiar vocal line that has informed the Mardi Gras for 60 years — it was Carnival time.

How It All Started

“Back then, I could write a song in 15 minutes”

Most musicians hope to stay relevant for 20 years. Johnson, who is 80, has been in the game since he was a boy in the Lower Ninth Ward.

“Well, Daddy bought me a trumpet, he bought my sisters a piano, and he bought my brother a trombone and my other brother a saxophone and that started us off,” he recalled.

Johnson was an accomplished trumpet player, taking the instrument all the way to the 424th Army band, before switching to the piano. His rationale for the switch was simple.

The Lower 9th Ward was an incubator of talent, and the young Johnson soaked up all the influences around him, whether in the neighborhood or on record.

“Smiley Lewis, Sugar Boy Crawford, of course back then, Chuck Willis, you know all those fellows, they were just great,” he said. “I was trying to get like them. Especially Fats. That 6/8 thing that he was doing back then, I just picked it up and went with it.”

Soon, Johnson found himself recording for Ric Records at Cosimo Matassa’s studio in the French Quarter, the studio that recorded Domino, Dave Bartholomew and countless other New Orleans legends — oftentimes playing with members of Domino’s band.

“Back then, Fats’ band, a lot of those musicians like Lee Allen, James Rivers, Al Miller, my brother, Curtis Johnson, those were the musicians around town and whenever you needed musicians you just tried to grab one of them,” he said. “Jim Ruffino, who I recorded for, he grabbed them too. I remember with ‘Carnival Time,’ I told him how I wanted it to go, with that ‘Dadadadadada,’ and so he kind of felt what I was trying to do to.”

It was an inspired pairing, with the song and the session coming together quickly.

Did They Have A Hit?

“We all do it together”

Sixty years later, the question has been answered: they indeed had a hit, a hit that still brings Johnson joy every chance he gets to perform it.

“It’s amazing that people know all the words to it,” he said. “We all do it together.”

The words themselves are a testament to a Carnival time in New Orleans that existed in the Treme before the Interstate-10 Expressway forever altered the landscape of the city. The Green Room and The Plaza, the two clubs featured in the opening lines of “Carnival Time,” were razed when the interstate was built, being resigned to the dustbin of Carnivals past like the corner of St. Claude Avenue and Dumaine Street. 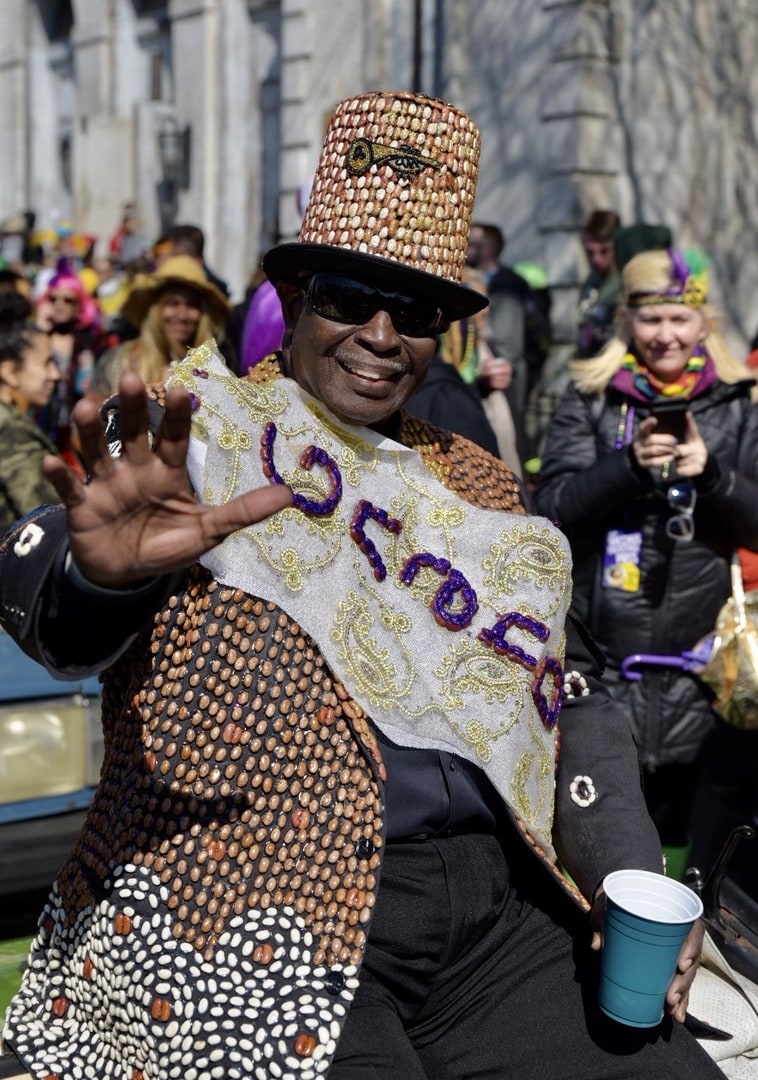 “People think all kinds of things”

Yet the lyric that inspires the most consternation is, “Throw my baby out the window, let the joint burn down.”

Johnson’s explanation for this is simple.

“People think all kinds of things, but I was trying to protect her,” he said. “I didn’t want her to burn up. The Green Room was smoking and the Plaza was burning all the way down. I was trying to get my baby out the window and let those joints burn down. All because it was Carnival time. Back then we called those places joints but I found out, now, they call other things joints. But those joints were over by the firehouse back there on Basin.”

If having one of the catchiest tunes of all time isn’t enough, Johnson is also a Poppa Doll to Baby Doll Cinnamon Black, and the Grand Marshal for Life of the Red Beans Parade, which takes place on Lundi Gras. He is still working on the song that made him famous sixty years later. 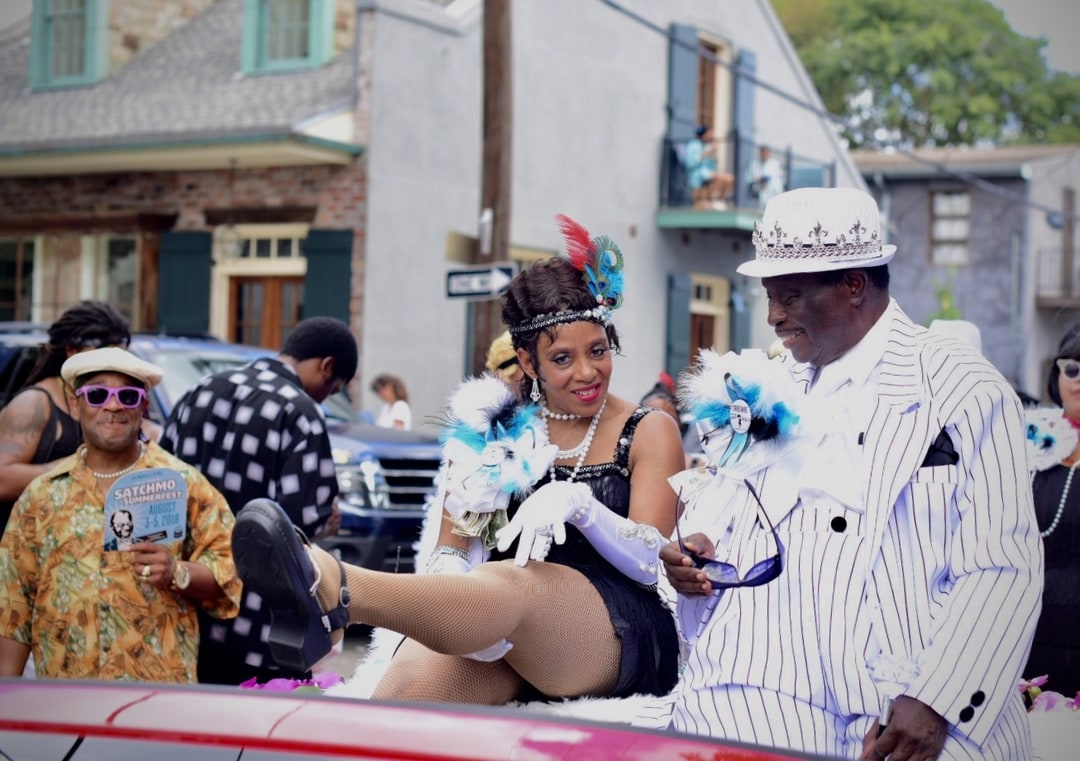 “Carnival Time is so short I’ve been trying to come up with a couple more verses so I can stretch it out,” he said. “Like ‘Humpty Dumpty got up one the wall, I saw Humpty had a mighty big fall, all because.”

Yet if he never writes another line, Johnson has etched himself into New Orleans immortality. When asked about his favorite thing about New Orleans, he coyly smiled and said “Carnival time.”