Food, drink vendors are just as much a part of second line culture as the music, dancing

The best food in New Orleans isn’t found in fancy restaurants. In fact, it often isn’t found in restaurants at all. Sometimes it’s in the corner store, other times in the local hole-in-the-wall. And from late August until June, it’s found in the streets on second line Sunday, where a network of chefs, home cooks and mobile bartenders offer a dizzying array of delectable options and form a tight-knit community.

Chef Linda Green is the OG of second line vendors; she is also the ruler of a small empire with booths at French Quarter Fest, Jazz Fest, and countless others around New Orleans. She won Food Network’s “Chopped” and numerous other cooking competitions. And one taste of her famous yaka mein — a noodle dish served in a spicy soy-spiked beef broth along with a hard-cooked egg for good measure will tell you why. But it wasn’t always this way for Green. 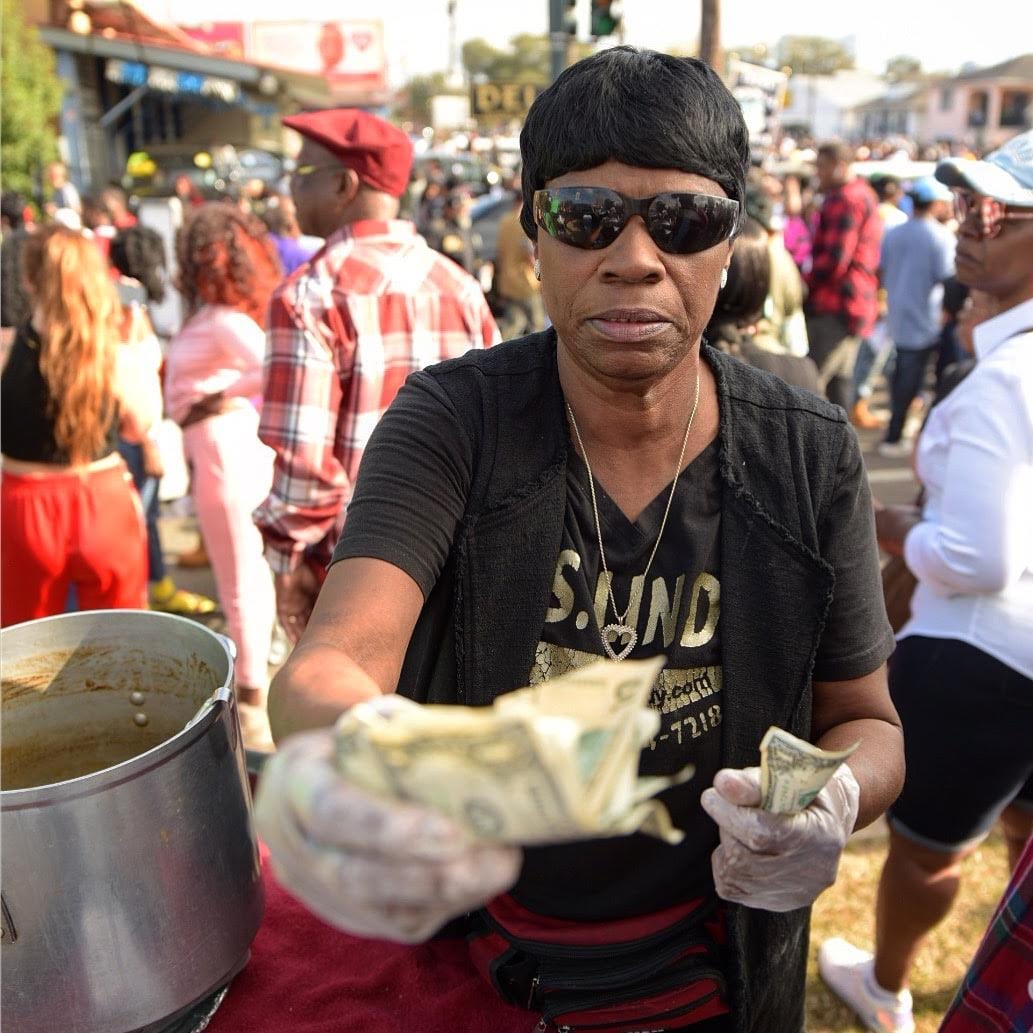 “It was 1995, at the Lady Jetsetters.” Green recalled. “Back in those days, I was the only one selling yaka mein at the second lines.”

Today many vendors sell yaka mein (or yaka meat as it is also known), but for my $7, nothing compares to Green. Her business is a truly family affair, with her grandchildren Sha’don Green, Brian Coston, Troy Green, Jasmine Green and Choicey Patterson all assisting in the operation.

“I’ve got to learn how to stop making yaka mein,” Green said, “so they can learn how.” And they are indeed learning. It is not uncommon to see Chef Linda overseeing the operation while her grandchildren are dishing up the yak.

Every cook on the second line has a specialty. “Bittles with the Vittles” is known for his wings, which come served with a sweet and spicy sauce on a piece of Bunny Bread. Tony, who tows a massive trailer mounted with a grill that looks like a submarine, cooks up barbeque hot and smoked sausage links. “Big Dawg” has a custom pit from Texas, and her smoky, tender ribs fall off the bone. All of these offerings are under $10. 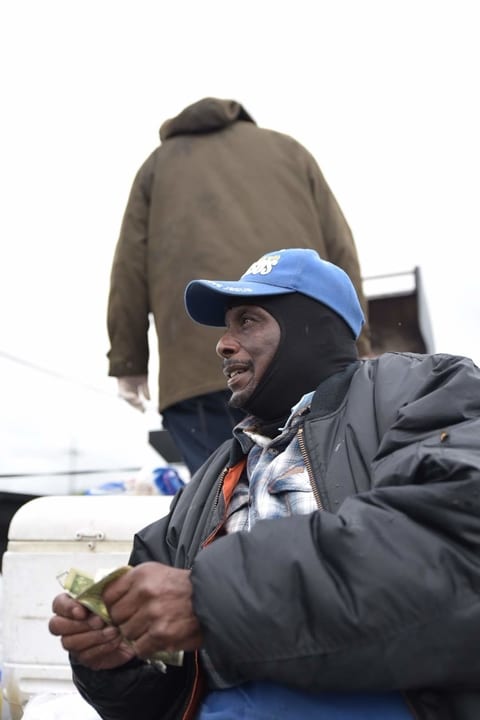 Ellester Bell has the “Obama Burger.” In 1996, Bell had to make a decision. The Saints had a less-than-stellar season. Their coach at the time, Jim Mora, after referring to the team’s offensive output as “diddly poo” following a particularly bad loss, resigned the next day. The team finished 3 out of 13 that year, and Ellester knew he had to find another way to spend his Sundays. So he started cooking.

It was a chilly, dreary, drizzly morning in the low 50s as Mr. Bell relayed this story to me. His grill, loaded with burgers and hot and smoked sausage links, sent smoke signals into the cool air. It was a simple setup, a propane grill piled high, placed in the bed of a pickup truck, and one that could be easily moved to follow the serpentine path of the second line. The VIP Ladies and Kids Social Aid and Pleasure Club were running late. The crowd was sparse, but Bell remained confident: “We always sell out.”

When I asked him why he called it the Obama Burger, Bell replied “Because it is well-mixed. And the secret sauce is called Michelle.”

Across from Mr. Bell, Magnolia BayBay eyed my camera and me with mild suspicion as he pulled a rolling cooler filled with beer, water, liquor, mixers and ice. He grew up around the corner in the Magnolia Projects and has been working the Uptown second line route for years. When I asked him what a good day of sales were, he smiled and said, “We don’t discuss that.”

Esha, “The Jello Shot Lady,” was also there. Her signature stylish sunglasses caught what little sunlight there was. For $1 you can take the edge off with one of her colorful concoctions, and for a few dollars more you can get pretty tipsy. Unfortunately, I didn’t see the Pineapple Lady, who serves her potent cocktails in a hollowed out pineapple. It didn’t matter anyway as I gave up alcohol for Lent.

I called Ms. Linda on a Sunday afternoon to ask to schedule an interview. Instead, we talked for about an hour. She spoke of her mother, who used to sell yaka mein out of Bean Brother’s Bar on 3rd and Danneel streets.

“Someday you might use this,” Green recalled her mother saying, referring to her yaka mein recipe. Those words were prescient. Everyone knows “The Yaka mein Lady.” But despite all her success, Ms. Linda hasn’t forgotten her humble beginnings. “This is our culture,” Green said passionately. “It’s what we love to do on a Sunday. We love to second line.”

MORE: How NOLA Sips 22-year-old owner went from second lines to her own shop location