“Her work is from the heart,” Gitter said. “She watched a whole way of life change in her lifetime, and she was the only American artist to capture and record what early plantation life was like in America. And to me, it’s just very genuine.”

Turns out, that’s something the Metairie art collector and shop owner has in common with media mogul Oprah Winfrey.

For the second time, one of Gitter’s creations featuring Hunter’s artwork has landed on O Magazine’s annual list of Oprah’s Favorite Things: A collection of ornaments based on her brightly colored paintings.

“When I saw these handmade glass Christmas ornaments, each one portraying one of Hunter’s pastoral genes, I was reminded of how art speaks in many forms,” Winfrey said in the December issue of O.

Though Hunter died in 1988, her work has lived on through exhibitions and gallery showings in places far beyond anywhere she ever even sought to travel.

Hunter, who spent most of her life on the Melrose cotton plantation near Natchitoches, didn’t start painting until the 1940s. Using just about any surface she could adhere paint to, Hunter’s colorful characters depicting early plantation days found new life on paper wine bottles, iron pots and milk jugs, according to the National Museum of Women in the Arts. Her paintings, which were primarily taken from memory, are one of the most distinct records of early plantation life in America, featuring moments like picking cotton and church services.

That clarity and simplicity is something that continues to pull at Gitter.

“Here you had somebody that came from very modest means,” he said. “Her works became known and coveted all over the world.”

By the time of her death, Hunter’s work had offered her some acclaim, including exhibitions in Los Angeles and New York, and an invitation to the White House. But none of it seemed to impress Hunter.

“She was simple, in terms of her lifestyle,” said Tom Whitehead, her biographer and a friend of Hunter’s. “I took (comedienne) Joan Rivers out there once, and Joan was cracking loud jokes. She cracked one at Clementine, and she just looked at her. Then Joan just sat there the rest of the day… she just took no slack.”

When President Jimmy Carter once called to ask Hunter to visit in Washington, D.C., she apparently had no interest. So, what would she have said of Winfrey’s interest today?

“She would have cared nothing about it,” Whitehead laughed good-naturedly. 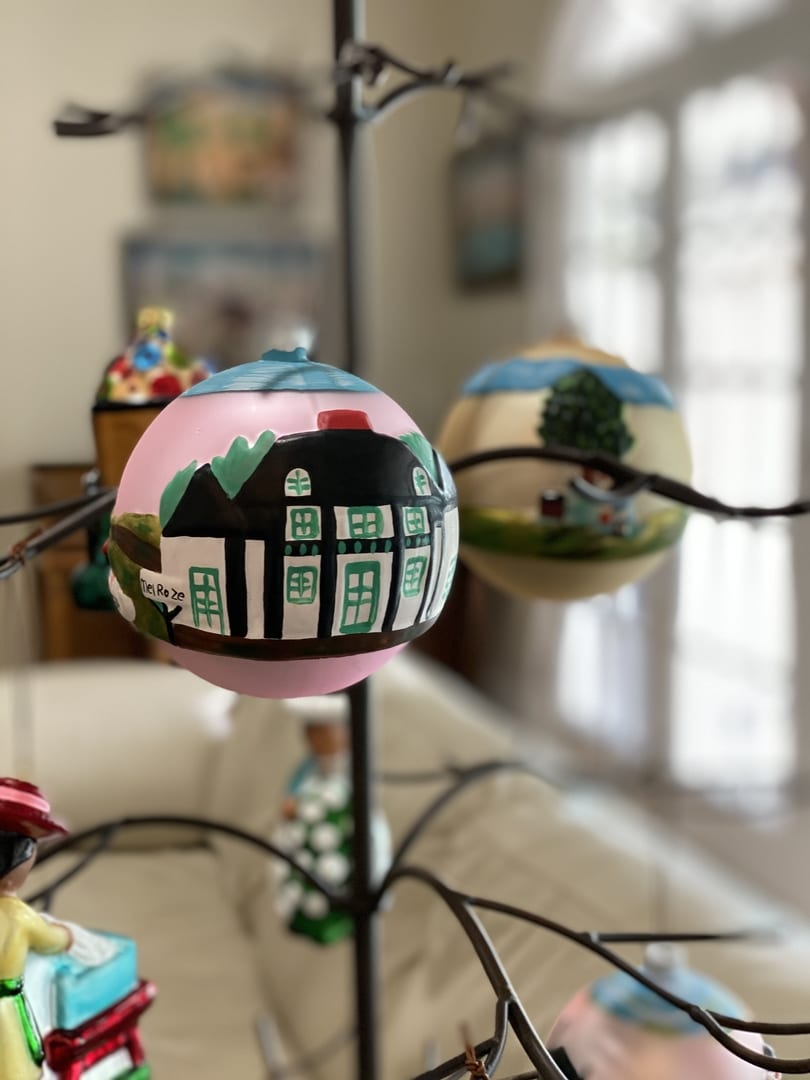 To Gitter, whose gallery funded the restoration, renovation and interpretation of Hunter’s home on Melrose Plantation, it’s another opportunity to expand the artist’s legacy. In 2013, Winfrey included on her annual list the Gitter Gallery’s serving platter featuring Hunter’s “Baptism on Cane River.”

This year, Gitter notes how the handblown, hand-painted glass ornaments, which required the translation of Hunter’s two-dimensional images to be reimagined as three-dimensional objects, were a long time. The ornaments are available online and in various local retailers like Adler’s, Mignon Faget and Little Miss Muffin, which take the work of artisans all over the world, and a portion of proceeds is returned to Hunter’s estate for each sale.

“I want people to feel the same thing I feel when looking at her artwork,” Gitter said.

Popstars Icicle Treats are supercool fresh flavor infusions that are handcrafted and flash frozen. These tasty popsicles come in a variety of unique, layered flavors and they’re sure to hit...