NOLA Craft Culture is everything a creative mind wants

At New Orleans’ new craft collective, you can fulfill all of your shiny fantasies, get tips from other crafters, and even attend a class or hold a craft party.

NOLA Craft Culture in Mid-City is everything a creative mind could ever want: glitter, rhinestones, feathers, boas, glue, puff paint, you name it. There are even holographic painted beetles. 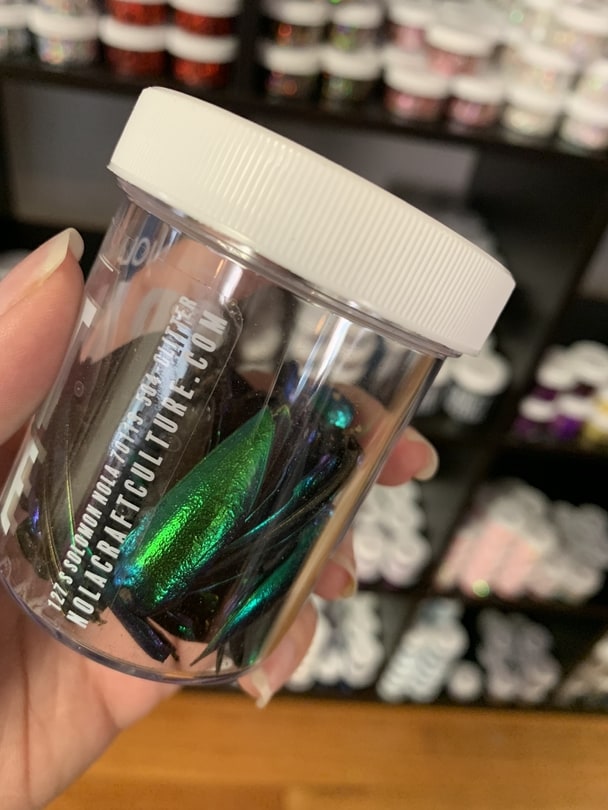 The collective occupies an entire home, with the upstairs consisting of the store and two craft class/party rooms. Downstairs, crafters have a huge working space. You can bring a shoe, buy your supplies upstairs, and then come downstairs to work on it and get tips from other crafters.

The collaborative space is the brainchild of three women, who are also Muses krewe members: Nori Pritchard, Lisette Constantin, and Virginia Saussy. At any point in the day, at least one of these women are in the building, gluing or glittering.

During Jazz Fest, Virginia and Lisette would volunteer in the Folk Village, doing glitter demonstrations. That’s when the idea of community collaboration was born, with different crafters at the fest sharing information about their trades.

“So from that, Saussy and Constantin  come up with the idea that in a city full of creative people there should be a space that people could go that has all the supplies, so they don’t have to go online or a chain store,” said Pritchard. “And they should be able to sit around in a community space and exchange information.”

Pritchard, who was working in pharmaceutical development at the time, knew she wanted to be around glitter and other crafters all day. 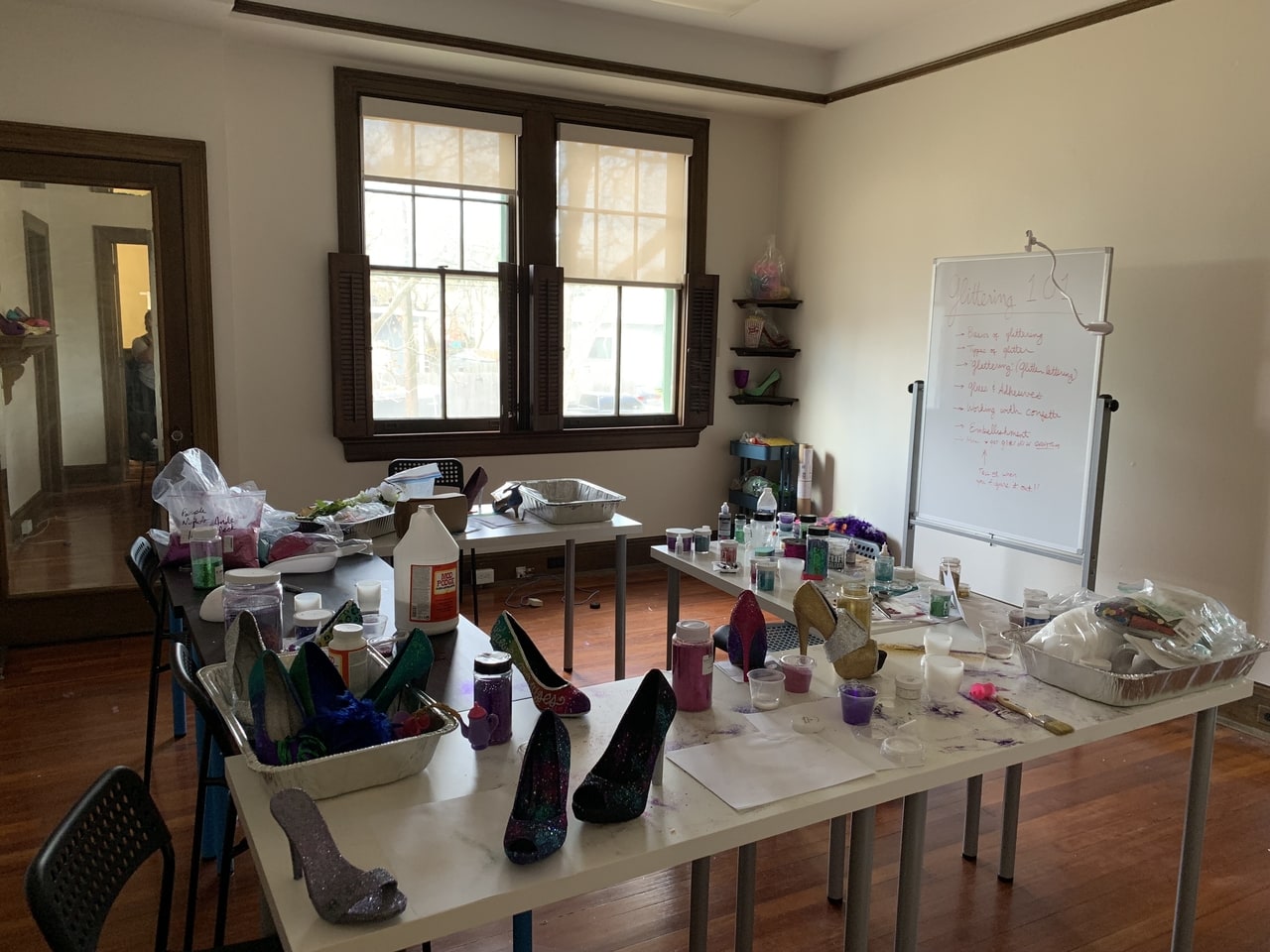 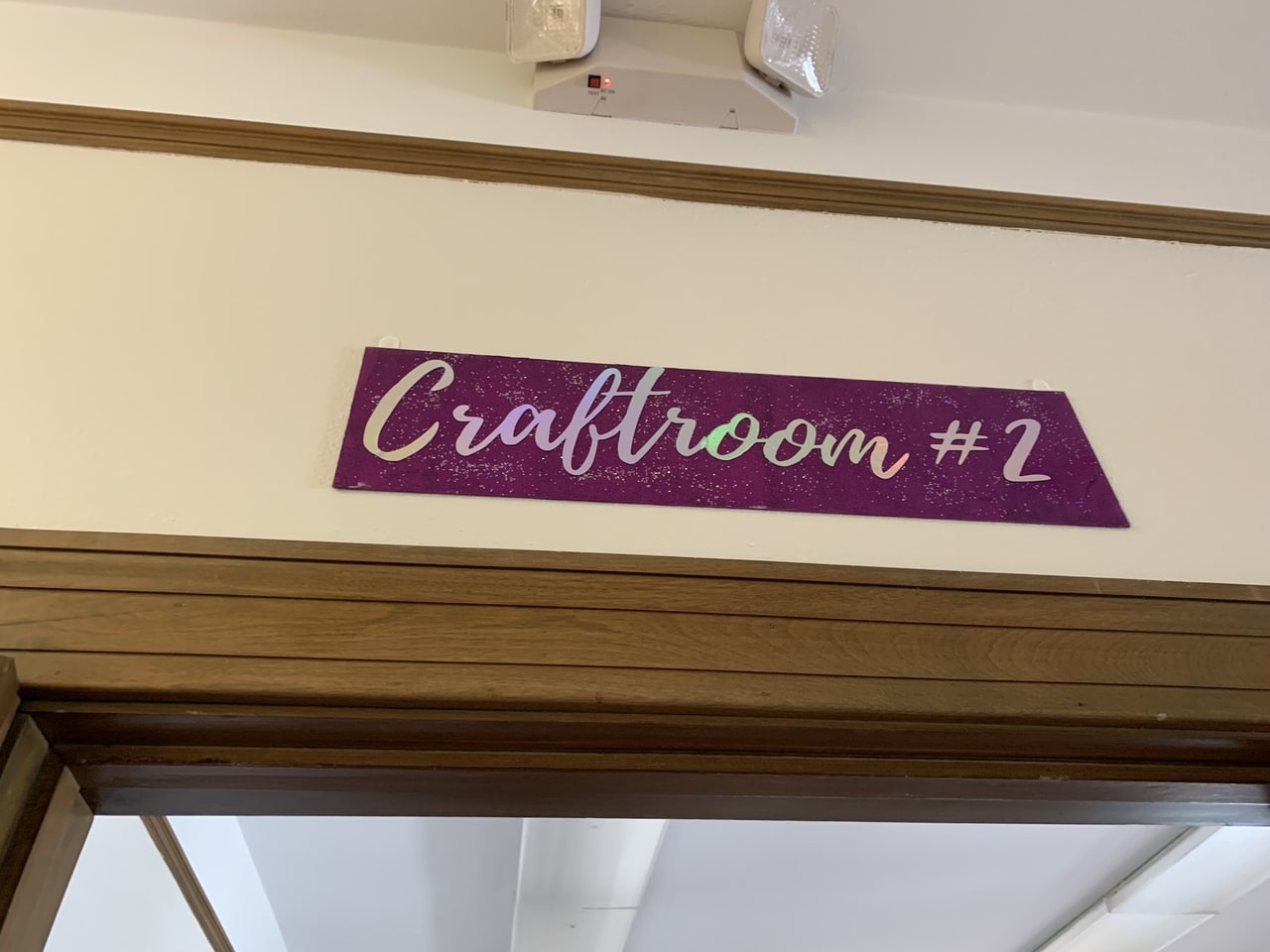 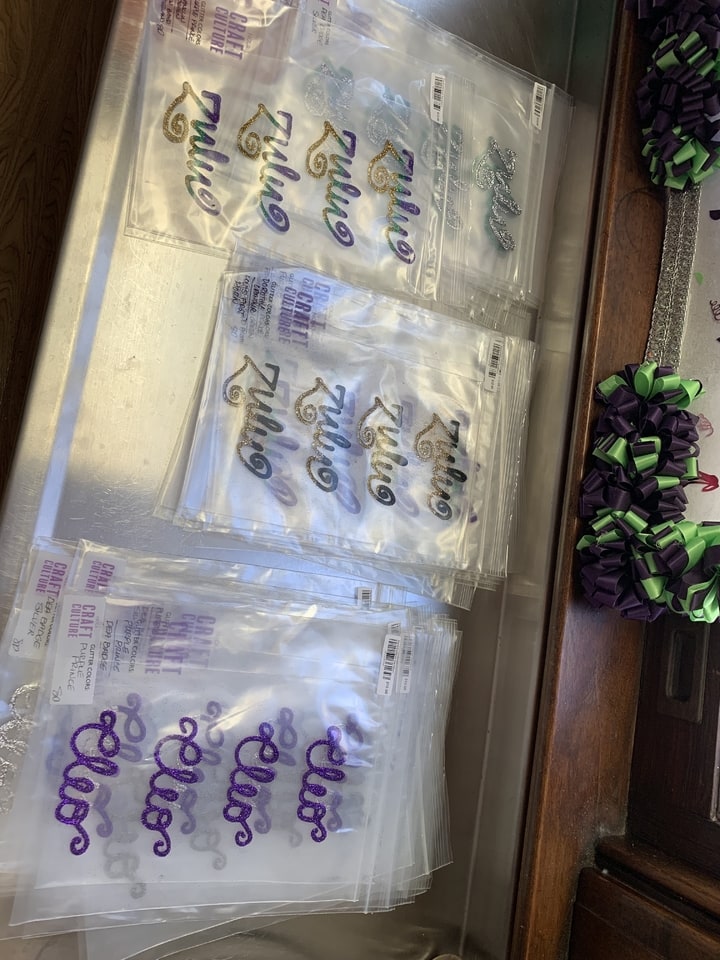 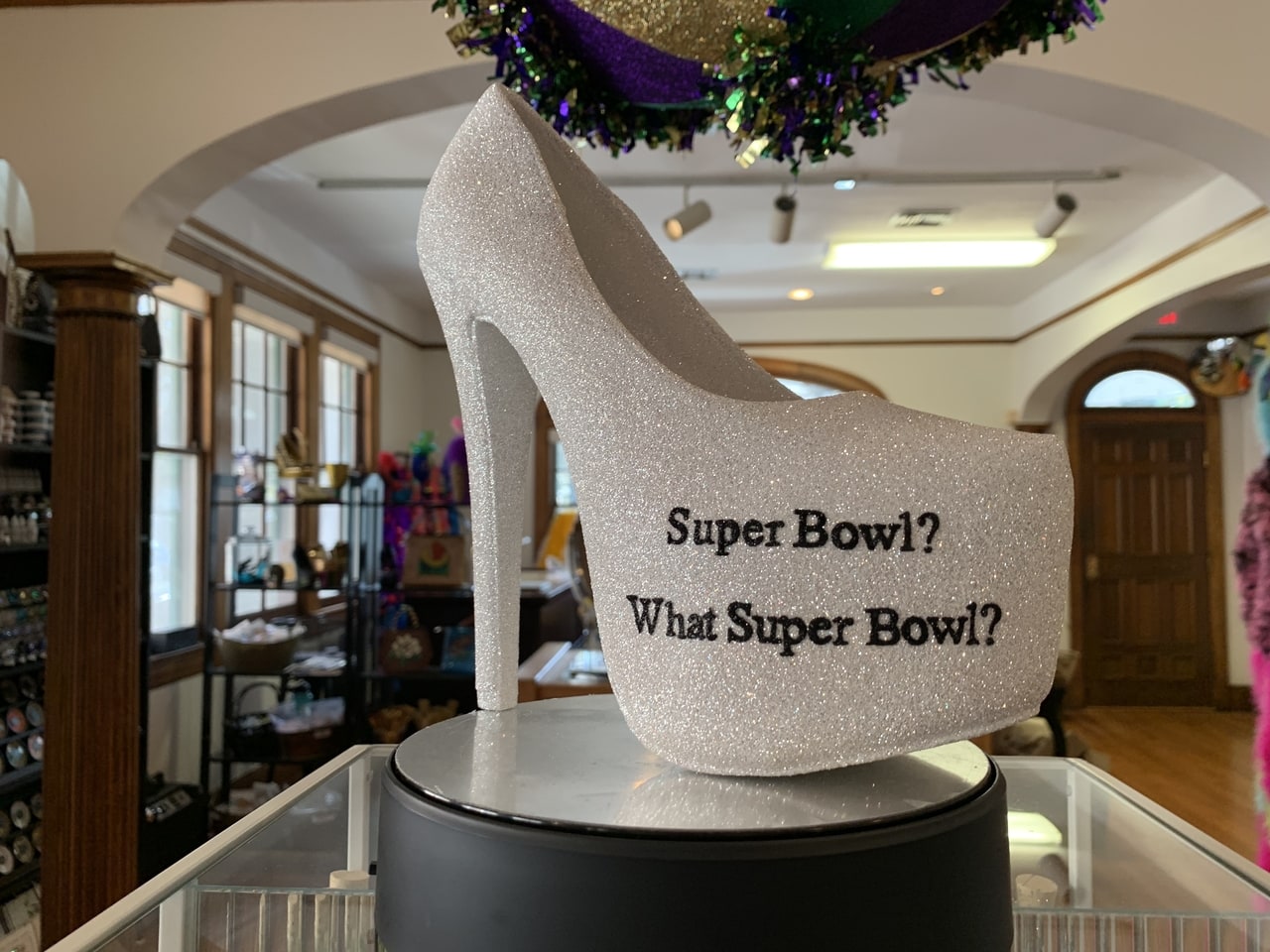 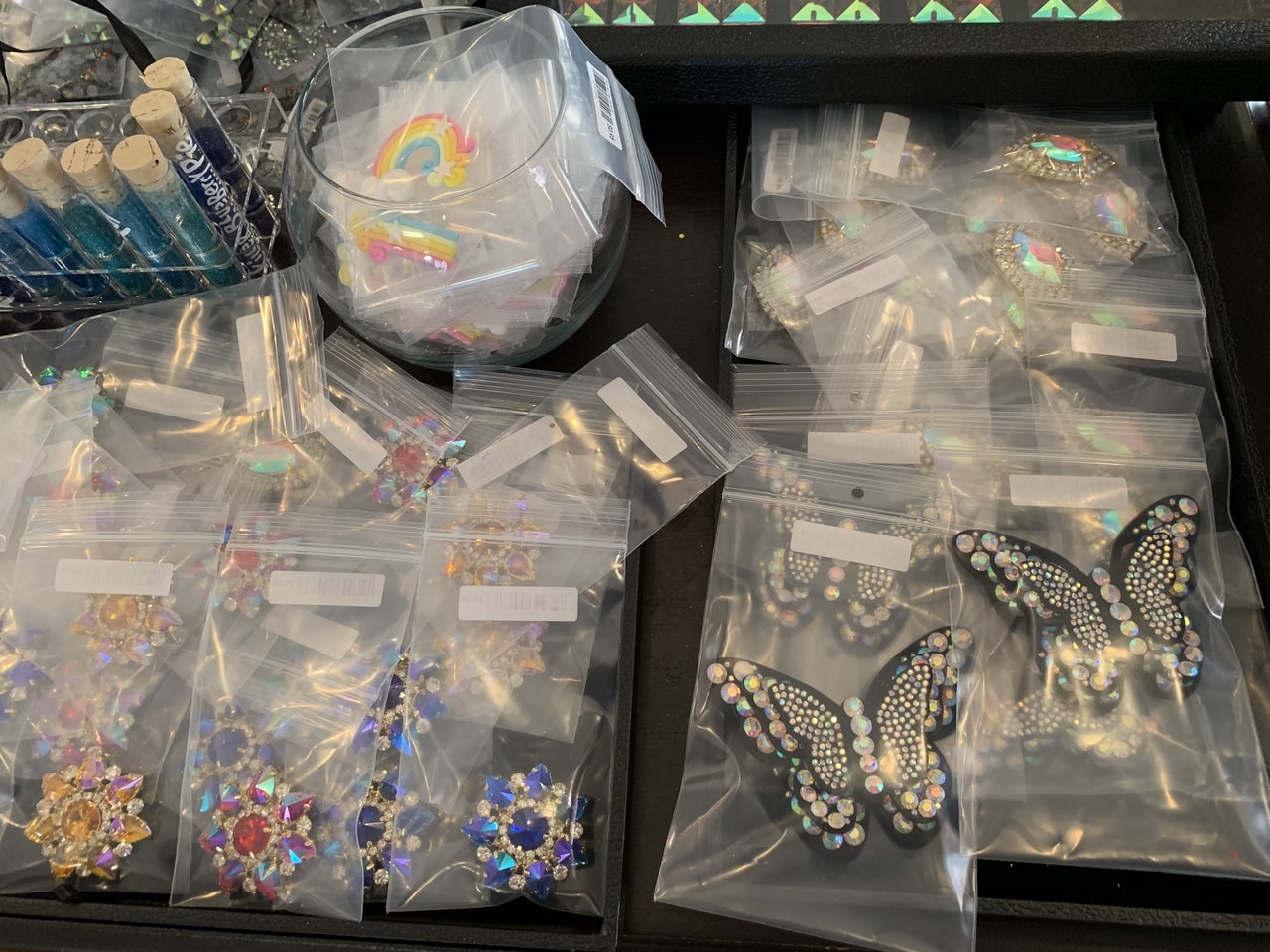 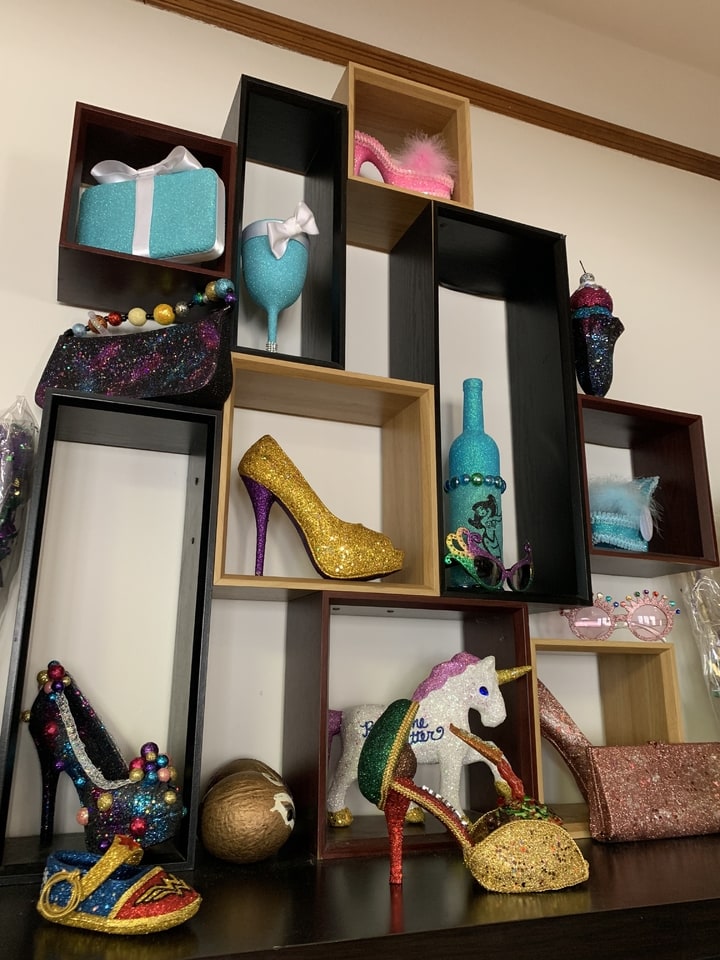 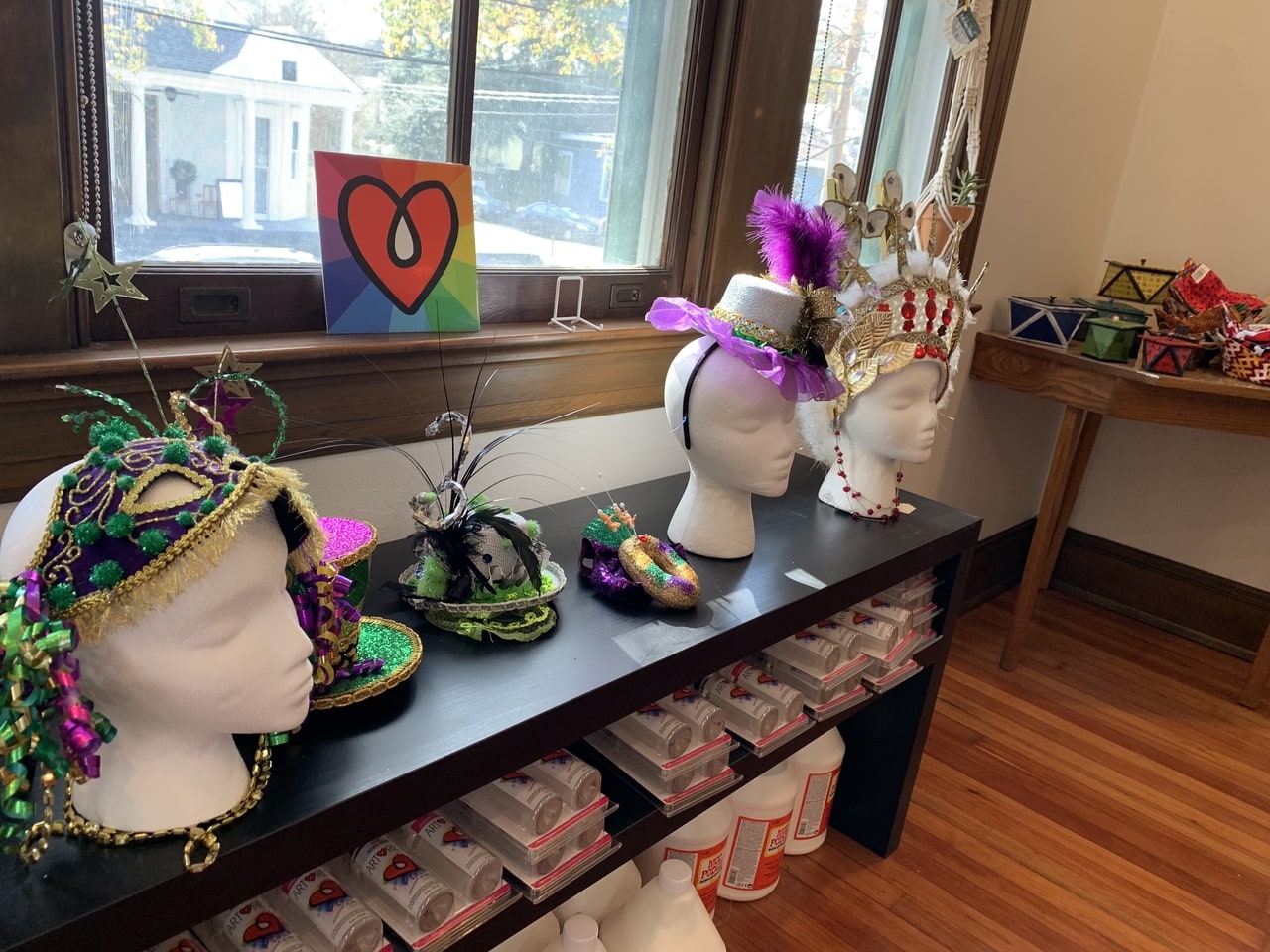 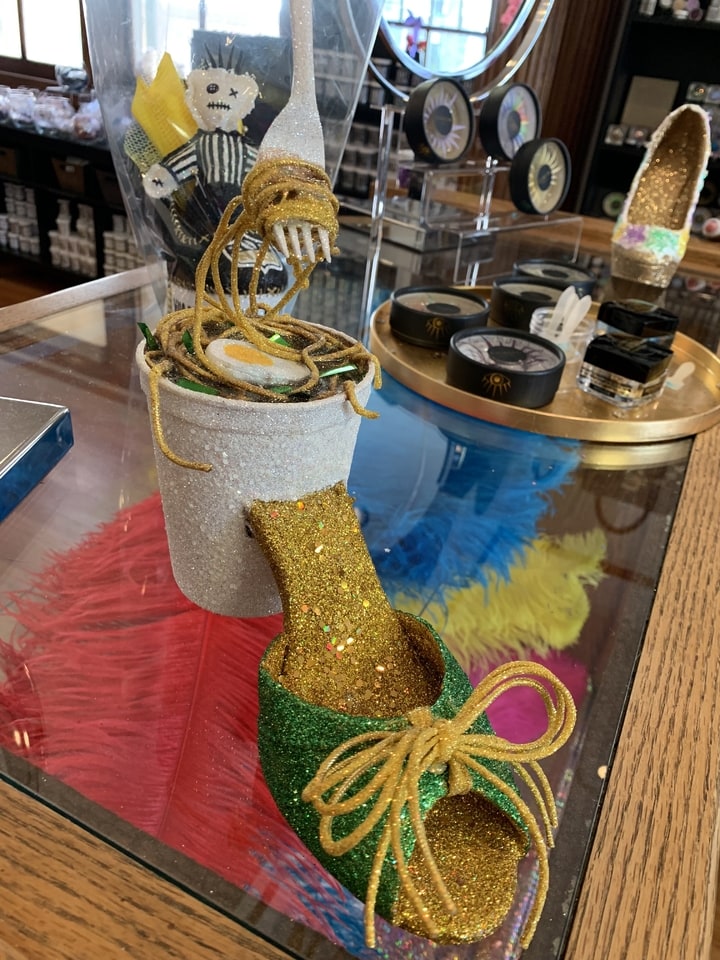 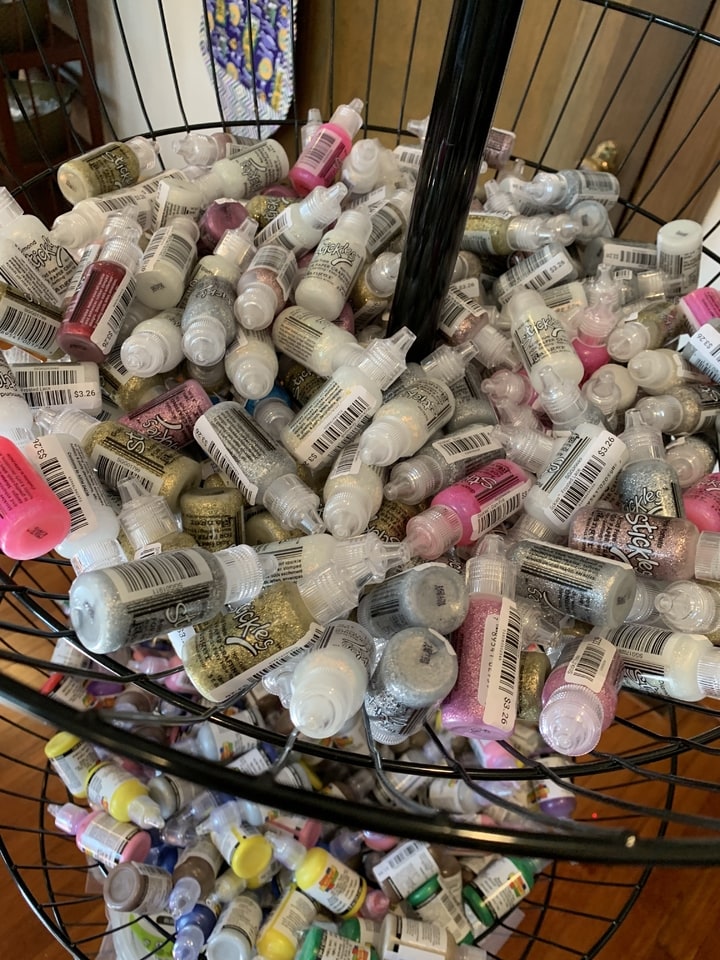 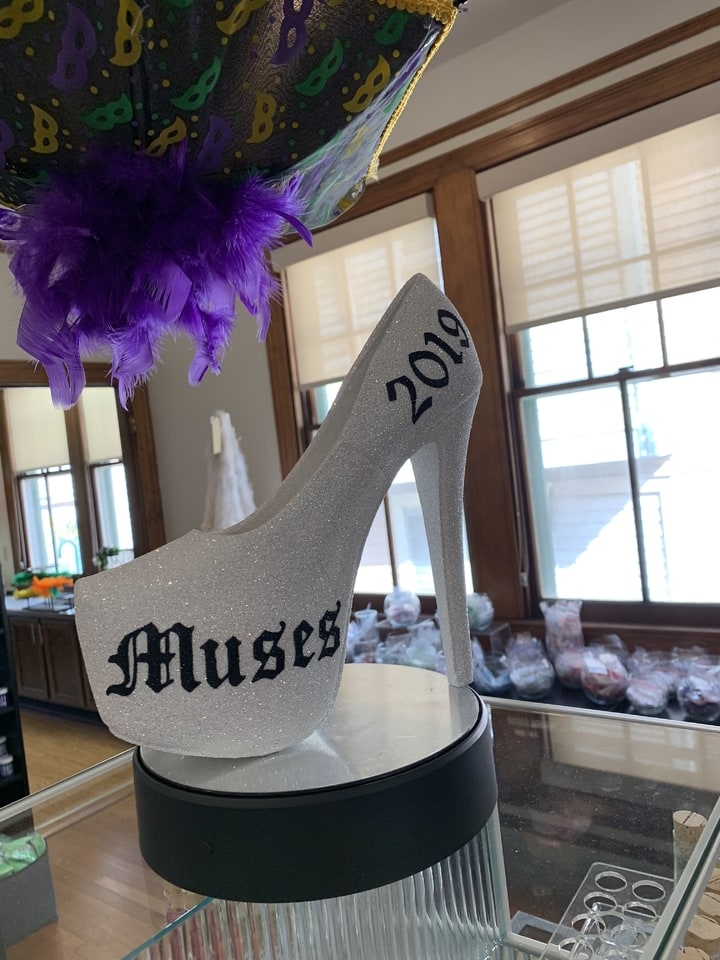 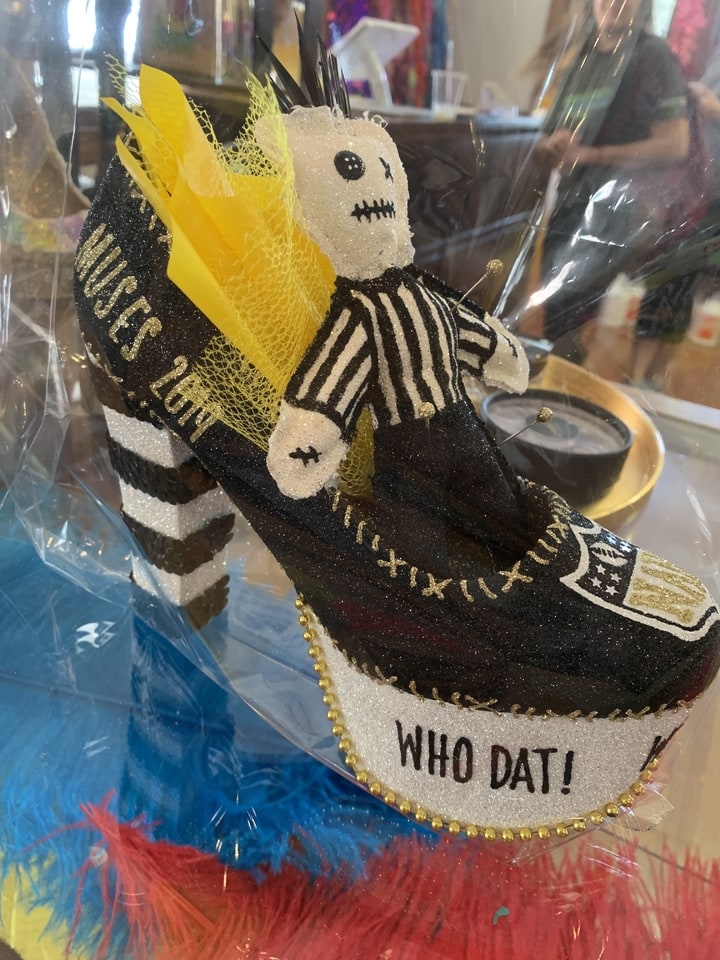 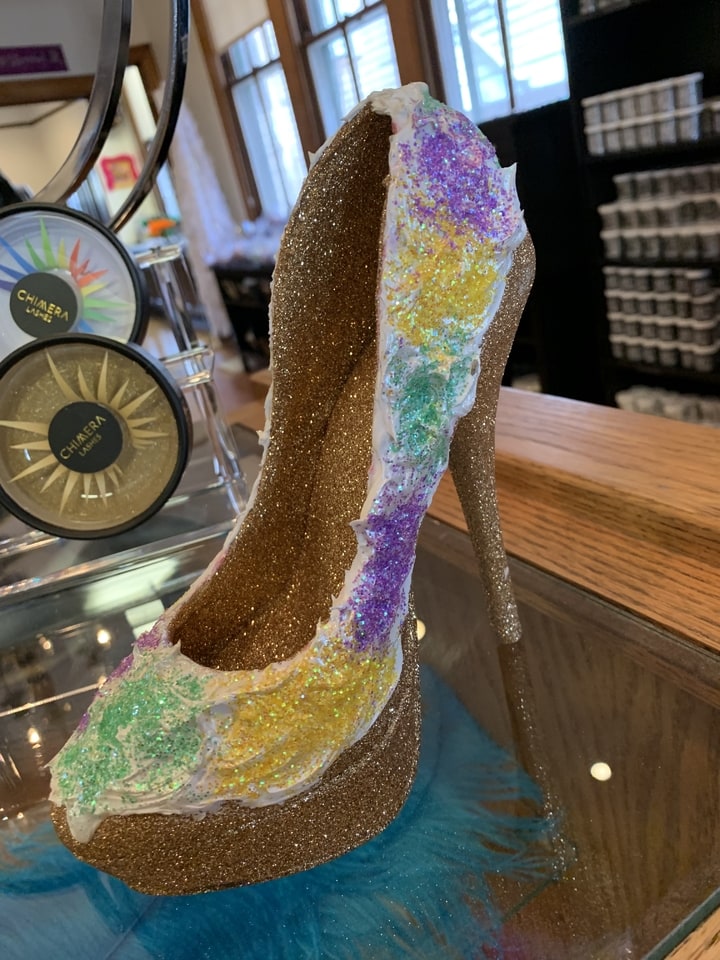 Pritchard said as the business plan developed, they wanted to keep the idea of having a community collaboration space at the forefront.

“New Orleans always has that wonderful sort of mixing of different backgrounds,” Pritchard said. “Everyone is sort of open and accepting of collaborating with people, cross-pollinating artistically speaking. I think that’s where a lot of the elements of New Orleans culture originate.”

Even the choices of glitter are influenced by the city. There’s a red named “Ruby Slipper.” When the store opened, high-demand yellow glitter wasn’t available. Now that it’s on shelves, it’s called “They All Asked For Yellow.” 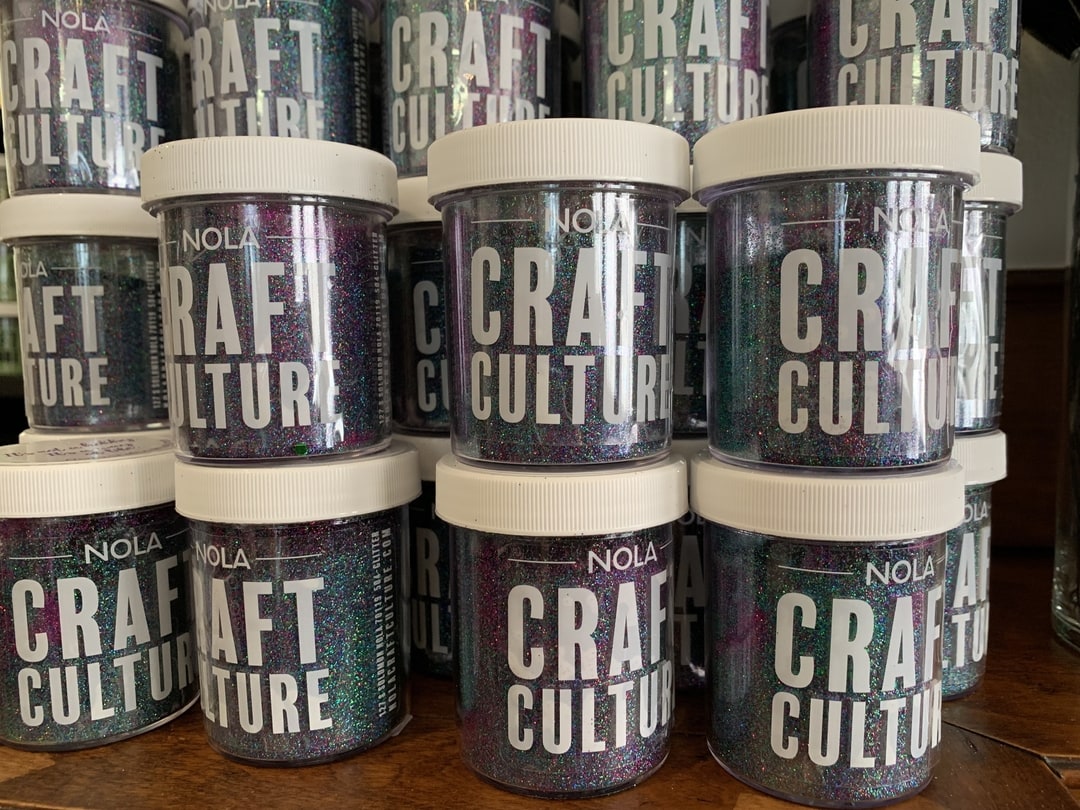 Since its opening on King’s Day weekend, people from all different krewes have walked through the doors on South Solomon Street.

“We had some of the Dames de Perlage doing some of their beadings. We’ve had Muses, people working on their (Nyx) purses, King Arthur’s grails are some of the newer handmade throws,” Pritchard said. “We’ve had people come in and work on headdresses. It’s been wonderful. This is exactly what we opened it for and I think we’ve had a great response from the community.”

Listening to the community has been a big part of the collaborative effort, also. Since opening, the store now has a section dedicated to biodegradable glitter, so crafters can get their shine on in an environmentally friendly way.

“If there are things that people need, we want to be there for that,” Pritchard said. “We want to inspire people. We want to give people the resources that they can’t find anywhere else.”

“Some of the chains don’t understand Carnival because, how would they?” Pritchard said. “So they tend to sell out of things, and what’s worse than being unable to buy glitter during Carnival?”