Even as the metro area is embroiled in a particularly heated Nike controversy, New Orleans is still getting some serious love from the shoemakers. The sneaker giant teamed up with local skate shop Humidity to release a New Orleans-themed shoe called the “Trumpet High.”

The gold kicks are as bold as the city itself and were designed by the French Quarter skate shop’s owner Phillip Santosuosso. In addition to the eye-catching metallic exterior, these NOLA sneakers are lined in purple velvet with musical notes on the soles and a red bowtie harkening back to New Orleans jazz players.

While Santosuosso said that it was “nice” to see Nike choose an outspoken athlete like Colin Kaepernick as a spokesman, he doesn’t believe that his sneakers are stating anything beyond a love for his home. 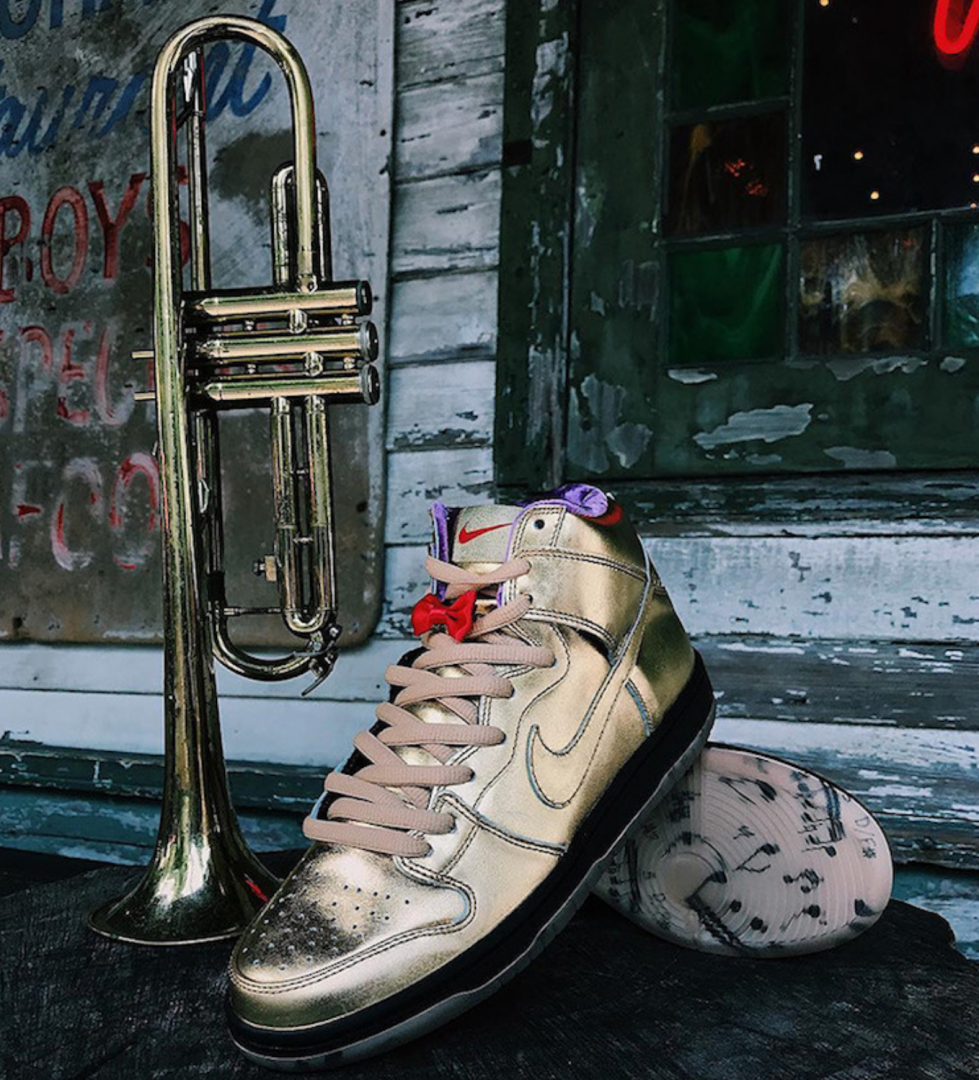 “My views are my views,” he told NOLA.com. “I love this city and I did this shoe for the city and I don’t really care about anybody’s political views. It’s none of my business. I’m not going to tell people what to do. I don’t want this to become a political debate; this shoe is really about jazz, and jazz is for everyone.”

However, there are plenty of people around town who are willing to speak where Santosuosso isn’t. A recent rally in Kenner brought out local fixtures, New Orleans Saints players and people who stood behind Nike’s ad campaign in opposition of a recent memo by Kenner mayor Ben Zahn that banned the use of Nike products in city athletics.

“Injustice, inequality, unfairness and hurting our children have no boundaries,” councilmember Jay Banks said of the decision on Twitter. “I’m standing to say that it’s wrong. I’m committed to do whatever we can to make sure our children have all the opportunities, regardless of someone’s personal political agenda.”

"I may disagree with whether people should kneel or not, but I certainly agree that they have a right to protest in the way that they want." – Former New Orleans Mayor Mitch Landrieu on NFL players kneeling during the National Anthem pic.twitter.com/fyguscAF2c

The sneakers go on sale exclusively at Humidity at 9 a.m. on Saturday, September 15. Each pair will sell for $110 and, for an additional $40, they can come wrapped in a custom box shaped like a trumpet case.