City Park has become a refuge for me during this months-long pandemic. It’s one of the few places where I can get outside and out of the house without worrying about germs, face masks, and a deadly virus. After traversing all the typical walking and biking trails, and even kayaking through the park’s expansive lagoons, I took note of all the best little spots that are either not on the maps, or totally under the radar. You may think you know City Park — but with 1,300 acres to explore, there’s a lot to discover. 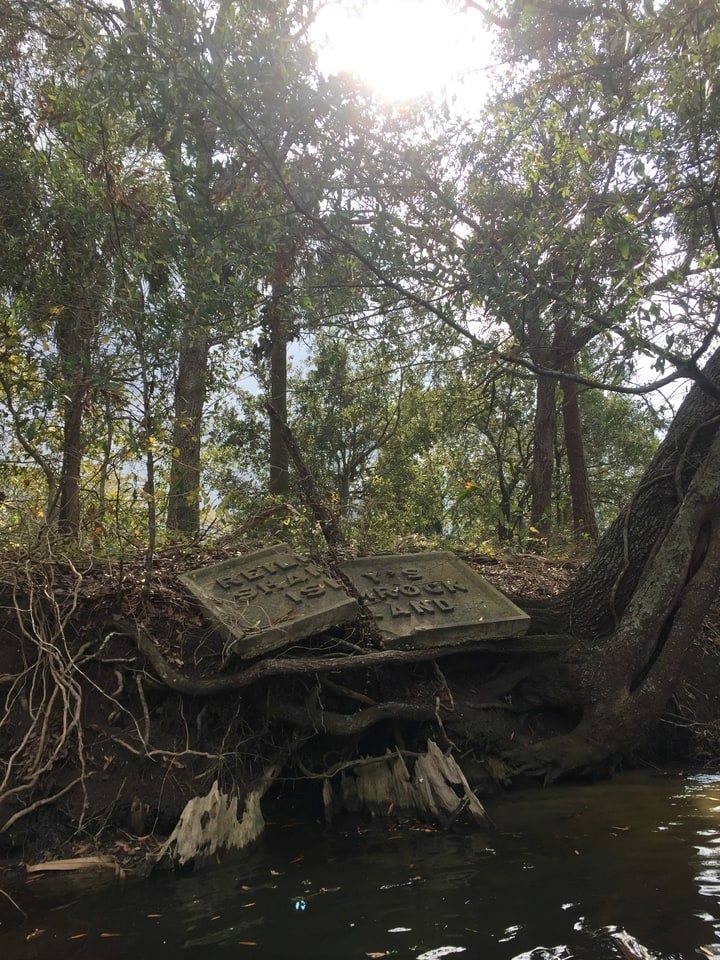 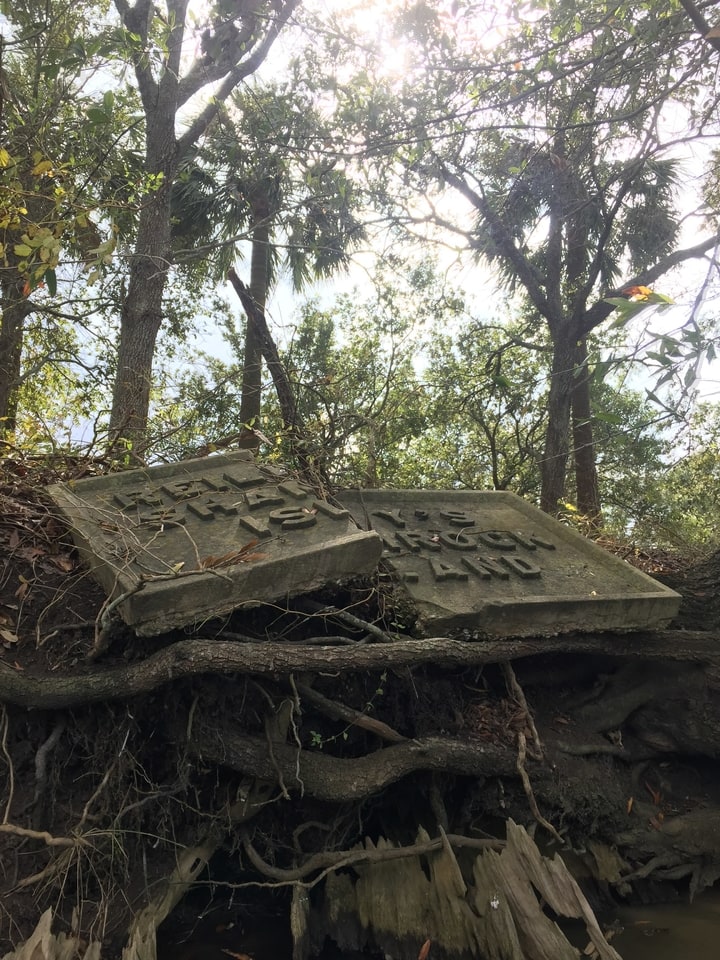 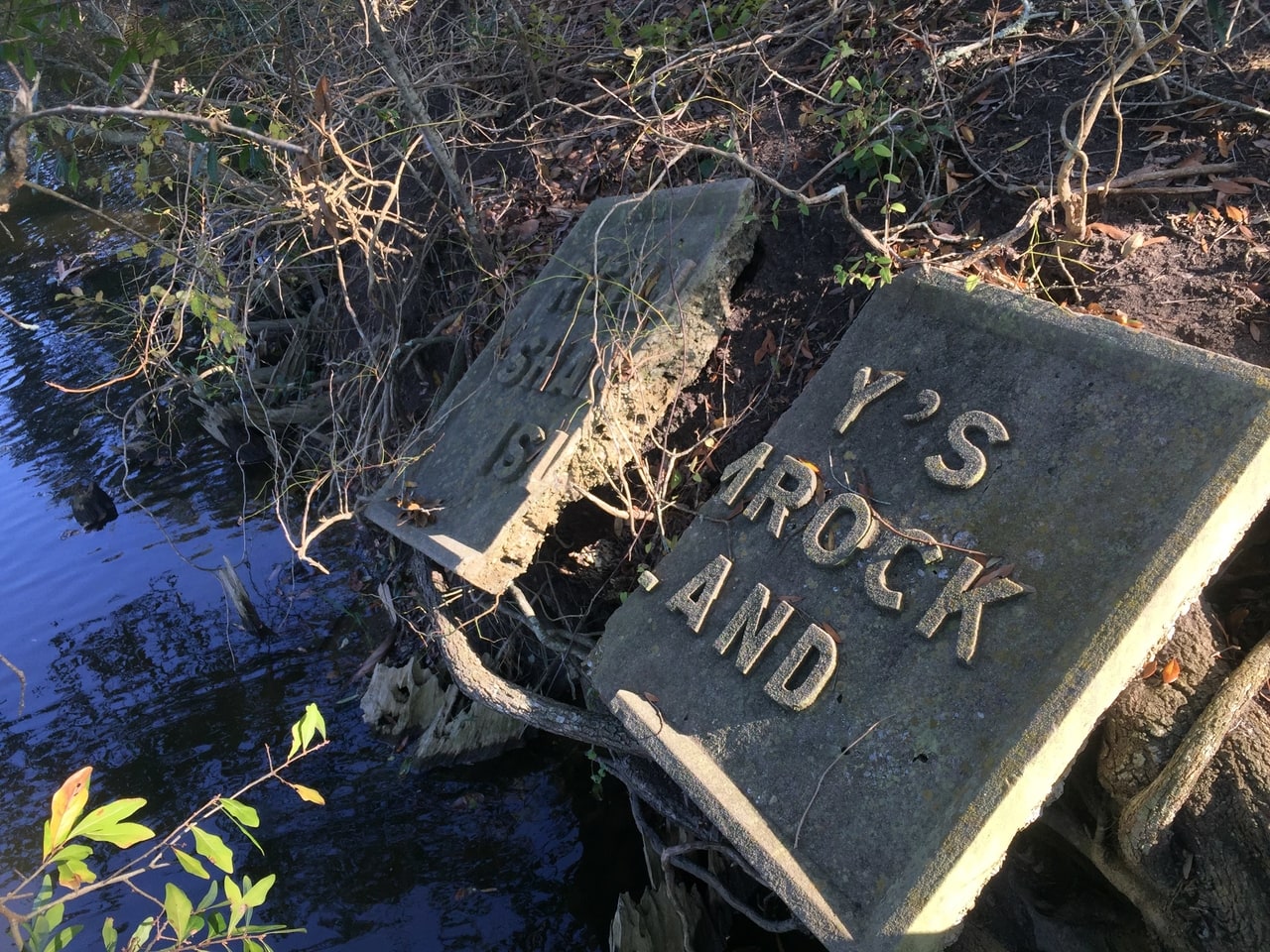 Maybe you’re an intrepid spirit, and you’ve already been kayaking or canoeing through City Park’s rambling network of lagoons- but have you come across Reilly’s Shamrock Island? Tucked away behind Grow Dat Youth Farm is a tiny island. At first glance, it doesn’t look like much- just a little outcropping of trees, grass- you know the deal. But if you paddle alongside, you’ll find a bewildering sight- perched just above the water is a stone tablet, no more than 4 feet wide, split down the middle. Engraved, the words “SHAMROCK ISLAND” appear, clearly legible despite the damage. It certainly conjures feelings of the southern gothic, the serious presentation overcoming the kitschiness of the name. Shamrock Island is truly not listed or acknowledged on any map as being anything more than a tiny landmass in a little lagoon. We may never know who christened it as such- but would you really want to? Sometimes the mystery is better than the real story.

To get to Shamrock Island, choose a launching point on your canoe, kayak, paddleboard, or other water-worthy vessel anywhere in the lagoon along Magnolia Drive. Paddle down towards the inlet at Grow Dat Youth Farms, and you’ll come across this mysterious isle. Who knows- maybe it’ll bring you good luck!

Now zoned as an area for “passive recreational use,” the Wisner Tract was once home to one of three golf courses in City Park. After Hurricane Katrina, however, the area was left to grow wild, untouched by human intervention. The only evidence that it was once a golf course are the sprawling, now decaying concrete pathways where golf carts once roamed, old clubhouses now decorated in graffiti and street art, and the rare hole marker. 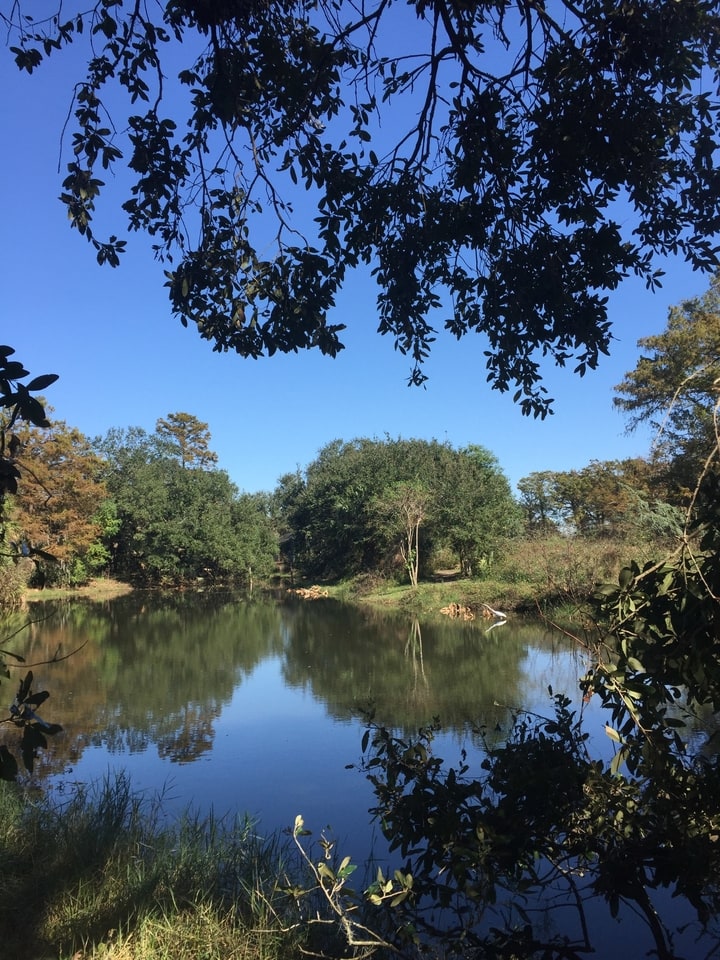 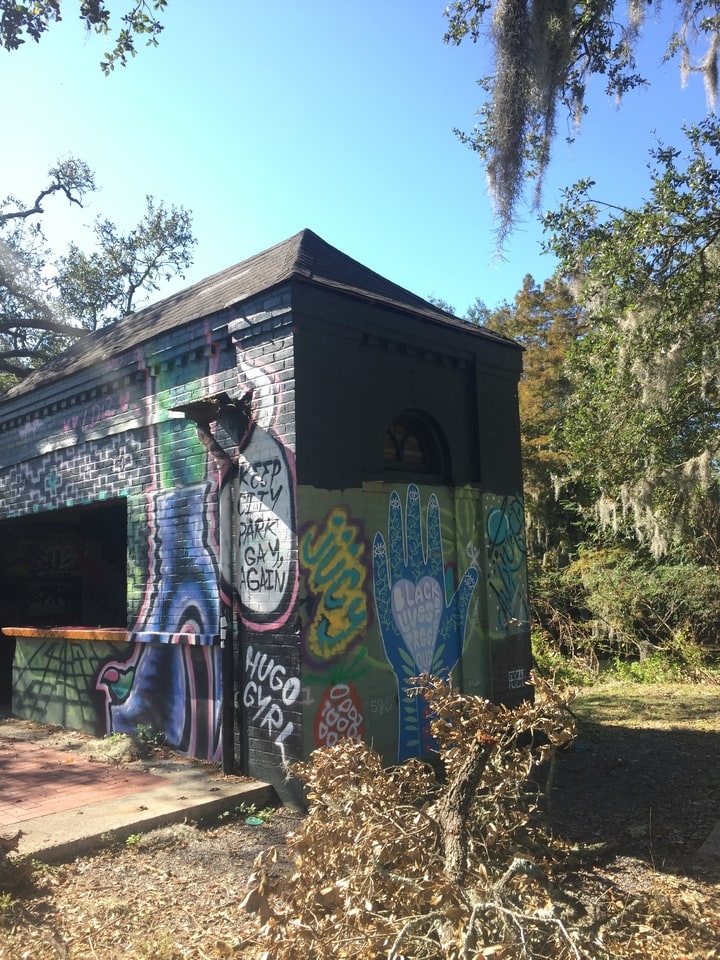 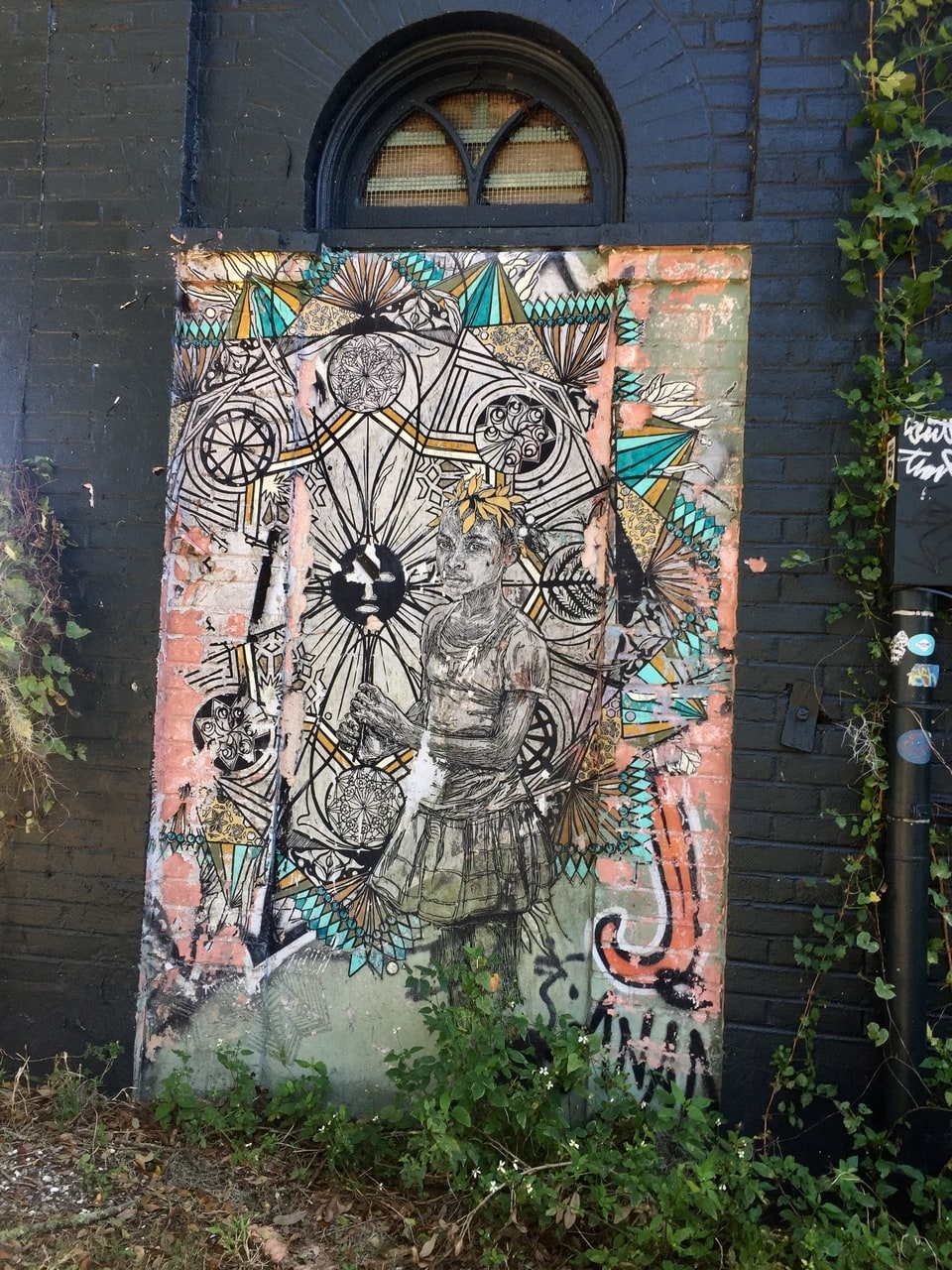 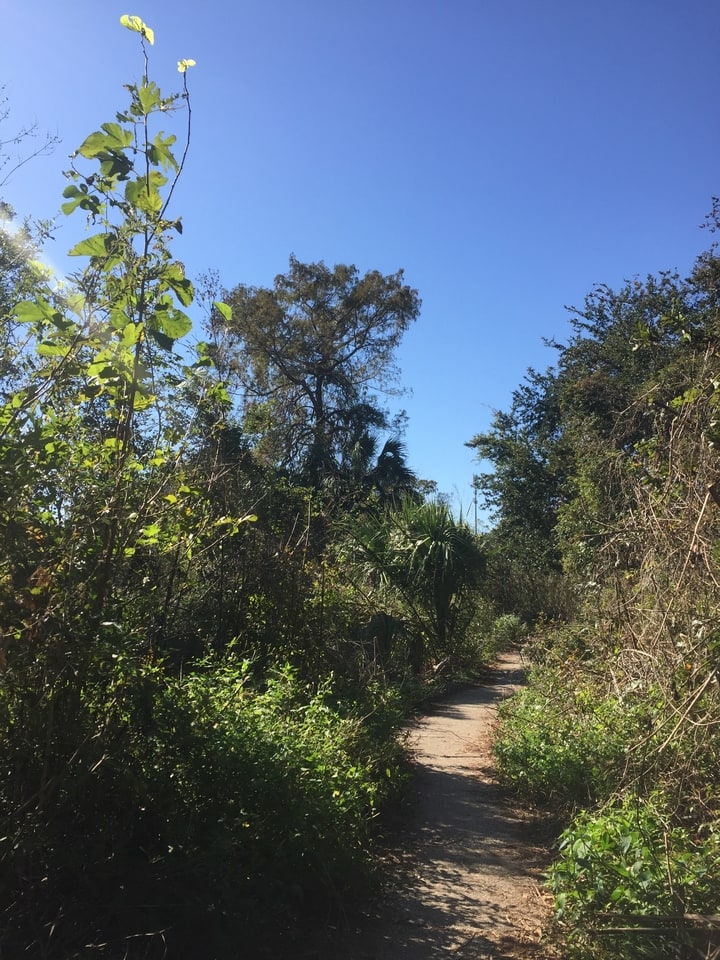 Bounded by the disc golf course and the Pan-Am Stadium, the Wisner Tract is sprawling and somewhat central to the rest of the park, but somehow, feels hidden in plain sight. There are plenty of opportunities to wander off of the “unofficial” paths and through the underbrush, coming up alongside the lagoon, or into shady, almost wooded areas. The Wisner Tract is the way to go if you want to get away from the weekend crowds and hustle and bustle. It’s perfect for a stroll, fishing spots abound, and most of it is even passable by bike- just be warned, the path does narrow considerably in some spots as trees and bushes crowd in, so you may have to hop off your ride and walk a little. But that’s really just part of the charm of this former golf course. It’s about as close to the wild as you can get, without having to leave New Orleans.

Amongst the natural beauty of the untamed earth are some beautiful works of graffiti art, some by well-known artists such as Hugo Gyrl and Swoon. It’s one thing to come across graffiti in the city, but out in the comparative wild of the Wisner Tract, it feels downright magical. 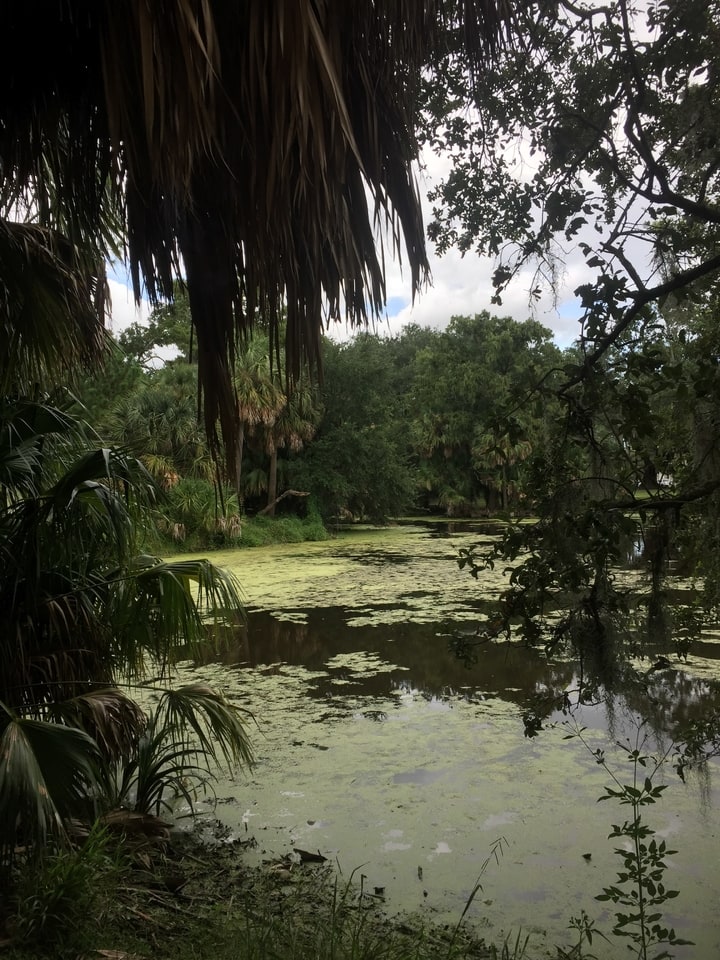 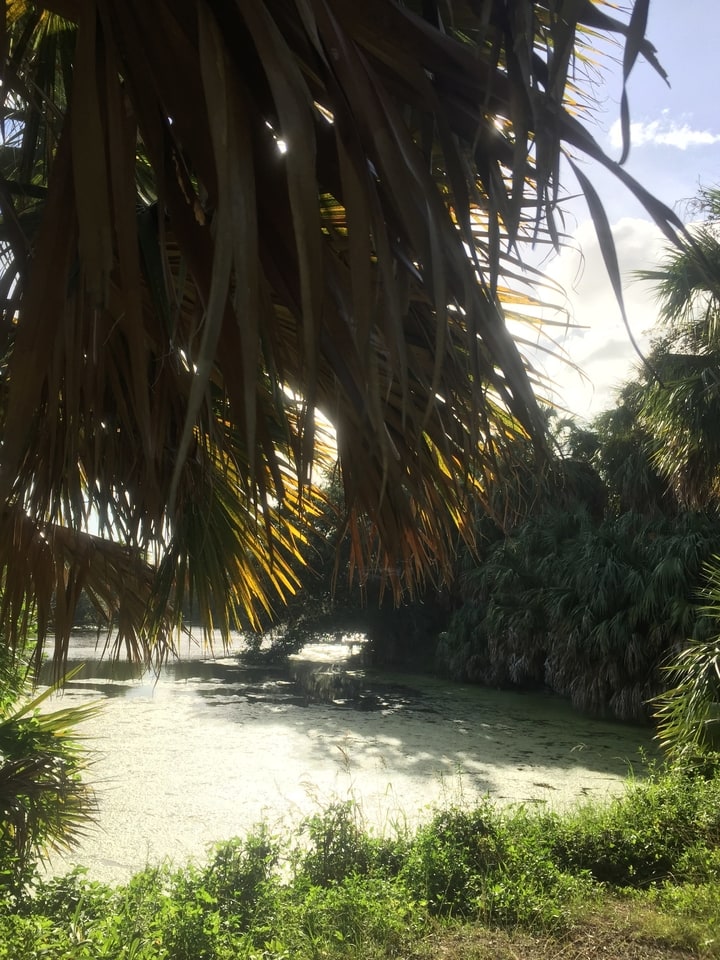 The Historic Oak Grove at City Park is a truly gorgeous area to walk, bike, or run through, and is probably one of the most popular spots for wedding, graduation, and birthday photoshoots in the whole city. Wander a little to the westward edge of the park, though, just past the groves and over the bridge, and you’ll find a sweet little picnic area that is often left quiet and undisturbed. Labeled as “Shell Island” in “Bayou Metairie” on the official City Park map, this spot is often unoccupied, as people flock to the Peristyle and other more popular spots by the water. It’s also a great spot for fishing, if you’re so inclined. Personally, it’s one of my favorite spots to visit at the end of the day, as it lends itself perfectly toward catching the sunset, or just watching the water flow by. Overlooking the green, swampy water, surrounded by palm trees and Spanish moss, you may feel as if you’ve fallen right into a fairytale. 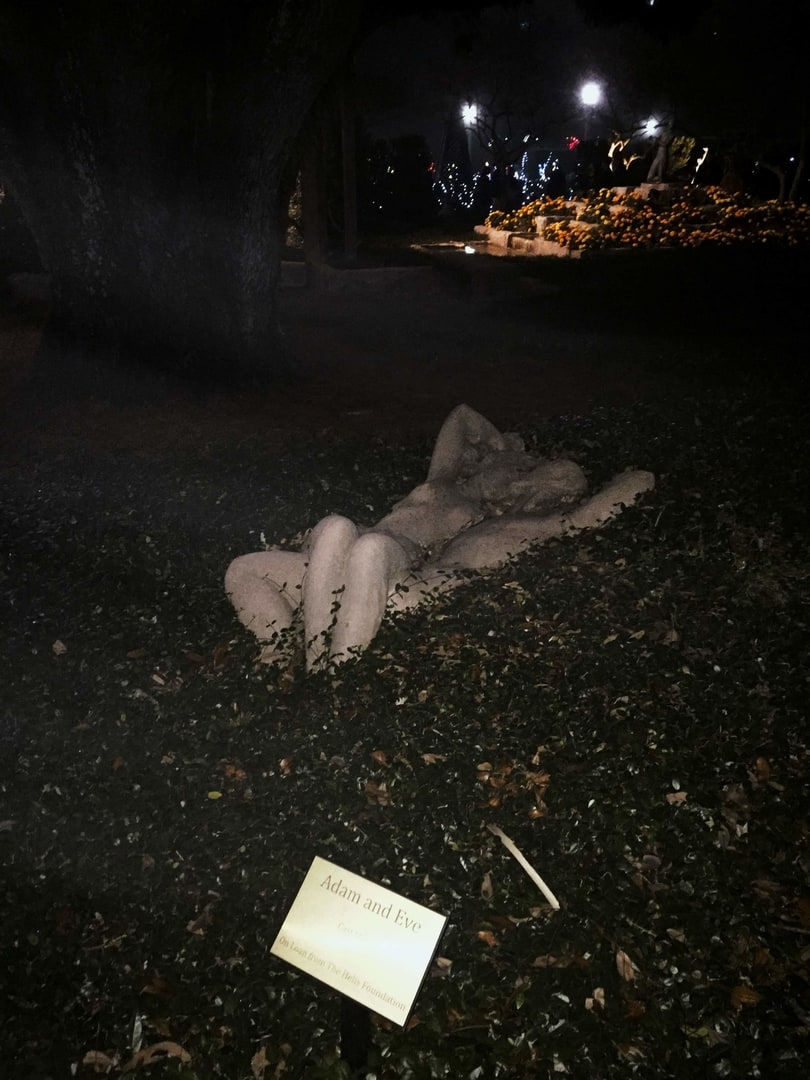 The botanical gardens make for a gorgeous stroll, but the best part to me is the Enrique Alferez Sculpture Garden- not to be confused with the Besthoff Sculpture Garden, right next door. Alferez was a Mexican-American artist whose works can be found not just in City Park, but all over the city. Commissioned by the Works Progress Administration, Alferez created art in his signature Art Deco style for a variety of locales, such as Charity Hospital and the Lakefront Airport. This collection of his sculptural work in the botanical gardens is a perfect blend of man-made and natural beauty. Witnessing the interaction and fluidity between stone and vine is truly remarkable, and one that I think of often. One of my favorite sculptures in the garden is called “Adam and Eve.” The two intertwined figures recline in the underbrush, making it seem as if we’ve just stumbled upon them, two people frozen in time- Biblical references notwithstanding.

If you’re looking to hone your rollerskating, rollerblading or skateboarding skills, the multi-use pedestrian and bike trails around the Festival Grounds and the Big Lake area are perfect for cruising and practicing, without having to dodge cars. If you decide to make it one big loop by connecting the trails at Freidrich Avenue, it comes out to about 2 miles long. Get cruisin!