Costuming has become as much a part of New Orleans as potholes. Every season offers an opportunity to dig into the costume box and break out your best get-up. Mardi Gras, Halloween and even Easter. But in the last few years, our city has become a space for the celebration of science fiction and comic book goodness in the form of pop culture conventions like Wizard World, Louisianime and, recently, Big Easy Con.

Recently, cosplay has hero-landed smack in the middle of the Crescent City in a victorious fashion.

The history of cosplay

Cosplay, as we know it today, was coined in the mid-1980’s by the Japanese artist Nobuyuki Takahashi. The word, a mashup of costume and play, was inspired after he saw all of the science fiction fans dressed in costumes at the 1984 World Science Fiction Convention. From then on, the culture of cosplay has exploded across the globe.

“The longer we’ve been in New Orleans the more we’ve been able to become a part of the cosplay community especially since we’ve had the opportunity to guest at some of the Cons like Wizard World and Louisianime,” said Kayla Baldonado, a professional cosplayer, special make-up & effects artist, and makeup manager at the New Orleans Nightmare Haunted House.

Baldonado is one of the city’s premier cosplayers and an advocate for those who may be thinking about donning a mask and cape.

“When you get into cosplay for the first time, you feel like a totally different person,” said Baldonado. “It sounds a little cliché but it just makes me feel so empowered, and not like myself, like I could do anything,” she continued.

Baldonado’s origin story in the world of cosplay started early in life.

“My mom actually let me start wearing makeup when I was around 8 years old,” she said. “She used to tell me if you’re not good at it now and people make fun of you, that’s OK. One day you’re going to be really good at this and it’s going to be something that you’re proud of.” 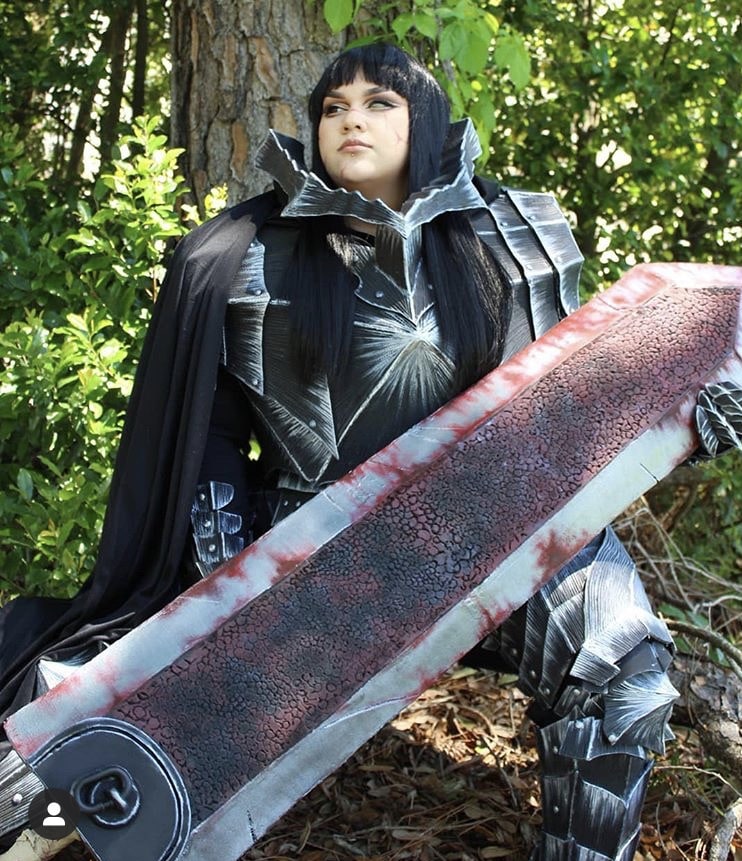 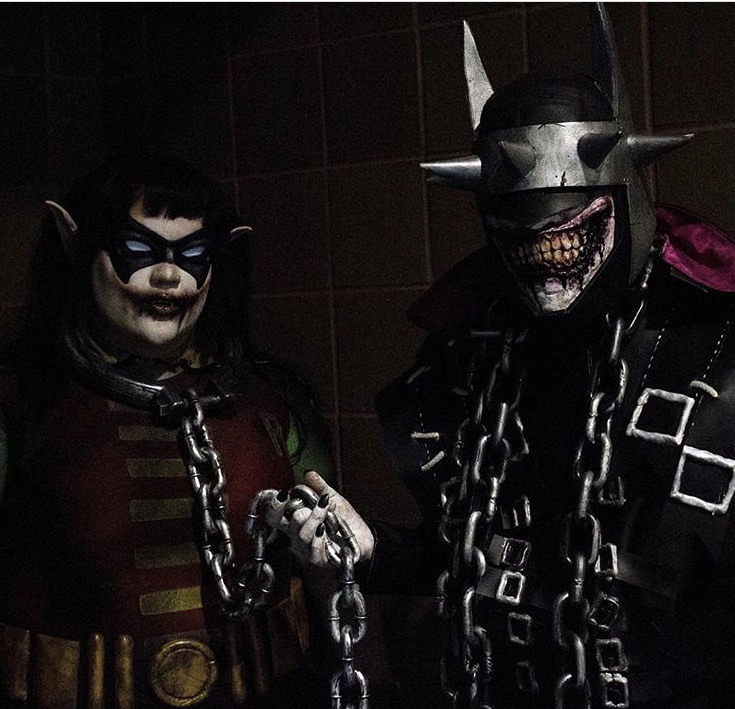 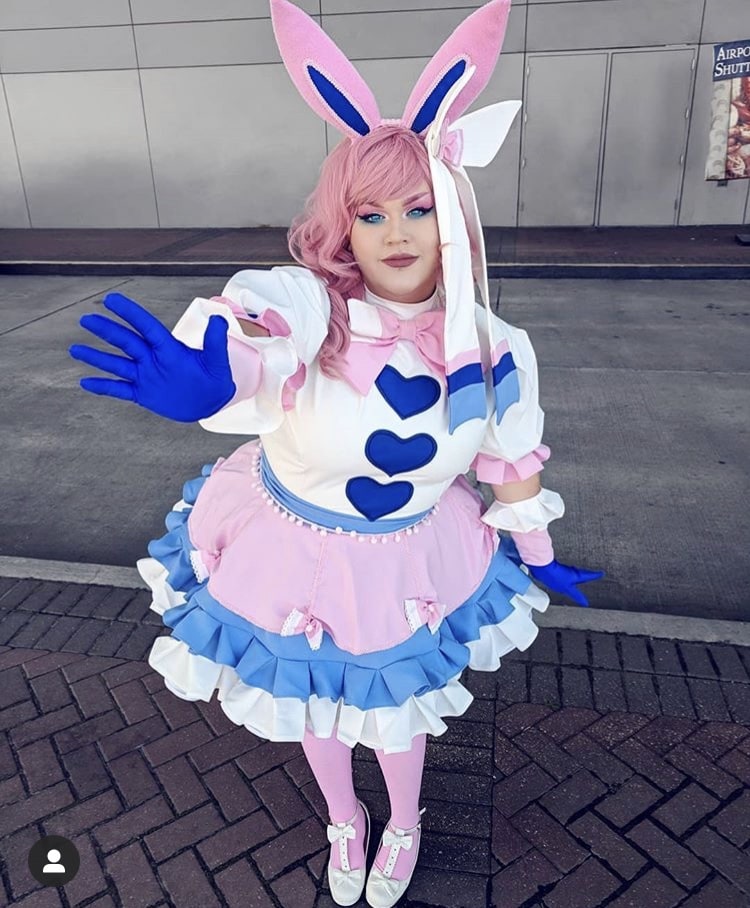 That passion for makeup later led her to enroll in the Tom Savini Special Make-up & Effects Program at the Douglas Education Center in Pennsylvania. There, she met Luis Echevarria, now costume manager at New Orleans Nightmare Haunted House, who introduced her to the world of cosplay.

“When we got together in school, I asked her if she would do my Joker makeup and it was the best cosplay I had done up to that point,” Echevarria said. “Maybe a year later we knew how to do prosthetics, so I wanted to do Glenn from ‘The Walking Dead’ with his head bashed in and eye bulging out, and Kayla blows me out of the water when it comes to makeup.” 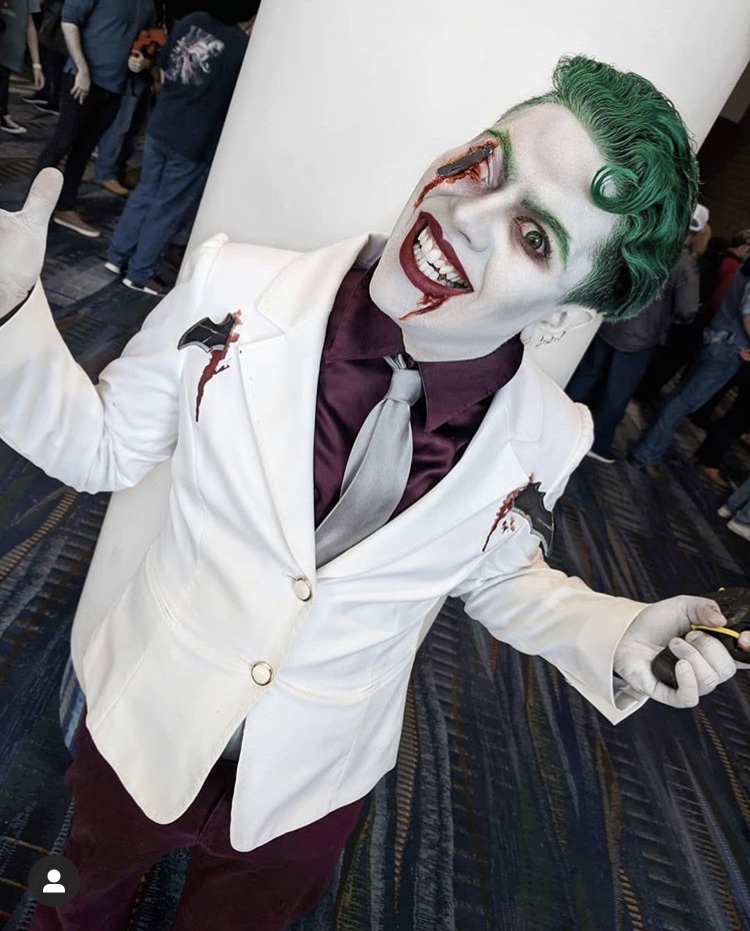 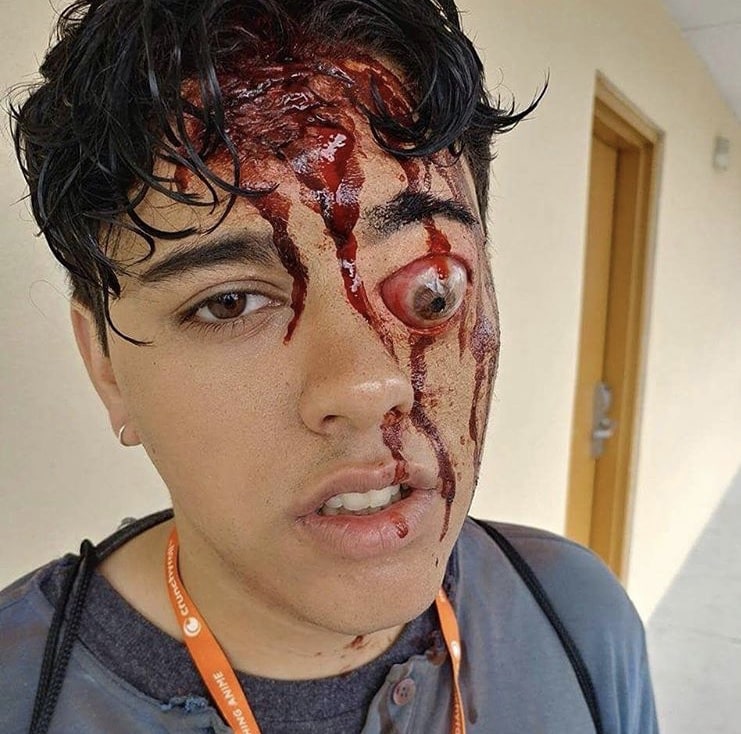 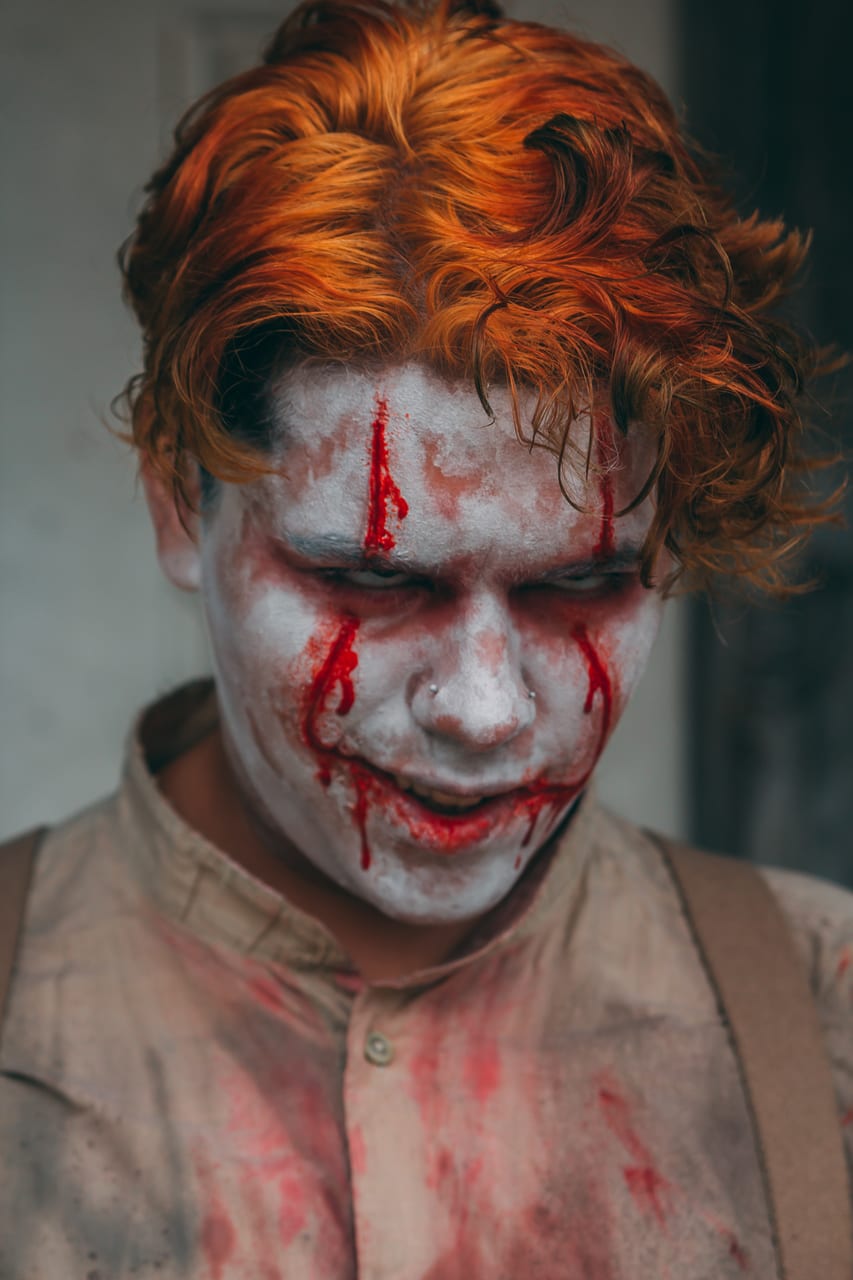 From there, Baldonado took a natural turn into cosplay and went full force into this creative space.

“My first cosplay was a gender bent version of Hades from ‘Hercules’. I chose it because I love the character, I love how snarky he is, and he’s the god of the underworld so that’s pretty cool” said Baldonado.

But choosing the character as a cosplay wasn’t just about the love for the character, it was also about learning a new skill.

“I wanted to challenge myself to do a wig,” Baldonado explained. “So the first wig that I styled was the female Hades wig, which was inspired by another cosplayer, and it was a flame made out of the wig fibers. It was a really intricate updo.”

If you’re interested in getting into cosplay, don’t worry, you don’t have to be classically trained in special makeup and effects. Baldonado and Echevarria explained that it just takes time, patience and an enthusiasm to learn new skills.

“When anybody first starts cosplaying, they are going to be pretty terrible but that’s just how you start out,” Echevarria said.

He explained that a lot of his earlier costumes were going to Goodwill and searching through the racks to find items that were close to whatever character he was trying to embody.

“By the second year of cosplaying, I was sewing my own outfits. Now, I make my own dentures for zombies, werewolves and vampires. That was a far off twinkle of a dream when I started back in high school,” said Echevarria.

Of course, creativity and unconventional materials come in handy.

“It’s all about learning different techniques like working with worbla, what kind of paint to use, how to seal foam, how to make a wig do what you want with the materials you have,” Baldonado added.

The good thing is, it’s 2019, and there are tons of resources out there to help you learn those skills. You’ll be building a full Gundam suit before you know it.

“Before, it was just looking at the source material and trying to figure it out by yourself,” said Baldonado. “I think that’s what leads people to sewing their own outfits or making their own gauntlets because it’s the stuff that you can’t buy at the store. You’re kind of forced to make it yourself.”

But if you’re not the creative type, don’t have the time to break out the glue gun, or are on a tight budget, you can still get into cosplay.

“There’s definitely nothing wrong with buying your first cosplay and making alterations to it,” said Baldonado.

At the end of the day, you’ve just got to try it out for yourself.

“You can always start with an easy one like a ‘Spider-Man’ or a ‘Power Ranger.’ It’ll cost you maybe $60 to $100 for a decent costume online and you’re ready to go,” said Echevarria. “Just go for it, find a character that appeals to you from your favorite comic book or movie and buy a Halloween costume or something that’s more plain clothes and modify it yourself.”

If you’re interested in Kayla Baldonado and Luis Echevarria’s work as cosplayers, check them out on Instagram. The two of them will also be guest appearing at Big Easy Con Friday through Sunday. Click here for more information on the convention.