Gabrielle Restaurant, located at 2441 Orleans Ave., has long been lauded as one of New Orleans’ most beloved eateries. Owned by Chef Greg Sonnier and his wife, pastry chef Mary Sonnier, and managed by their daughter (and the restaurant’s namesake) Gabrielle Sonnier Prudhomme, Gabrielle Restaurant has overcome a hurricane and repeated flooding, but stands proudly offering delicious Cajun and Creole food to locals and tourists alike. Their story is one of resilience and hope.

It all began on March 10, 1992, when Chef Greg and Mary first opened Gabrielle Restaurant at 3201 Esplanade Ave. in Esplanade Ridge. Greg had already made a name for himself in the restaurant industry, having worked for Paul Prudhomme at famed New Orleans restaurant K-Paul’s Louisiana Kitchen, but he’d decided that it was time to venture out on his own. He and Mary settled into the space and began cooking New Orleans favorites, with Greg manning the kitchen and Mary making pastries. The restaurant was small — only seating 45 — and it was opened at a time when fine dining in New Orleans was limited.

“We were a small bistro, and we did all of the work ourselves. Our friend Morgan helped us get everything ready and we stayed really busy until Katrina,” Mary explained.

Katrina, the hurricane that devastated New Orleans in August 2005, made the Sonniers shut Gabrielle’s doors, seemingly for good.

“It was a mess,” Mary said. “We began operating a catering company out of a building but, due to a lot of red tape, we couldn’t open in that space as a restaurant.”

The Sonniers persisted and began looking at different places where they could possibly reopen Gabrielle. It was a family effort — Greg was working at another restaurant, but longed to be running his own kitchen again. Mary felt the calling to reopen and knew that New Orleans, once again, needed a restaurant that served Cajun and Creole “New Orleans-style” food. Daughter Gabrielle, who was living in Chicago at the time, moved down to help her family with the reopening.

Greg found the perfect spot — a former convenience store and Chinese takeout place. Renovations to the space began immediately and things were coming along. Just before the reopening, a torrential rain and a pump failure caused the new Gabrielle to flood — an event that was all too familiar to the Sonniers. The family persevered (and received a blessing from Leah Chase, owner of Dooky Chase, located just down the block) and finally reopened in September 2017. 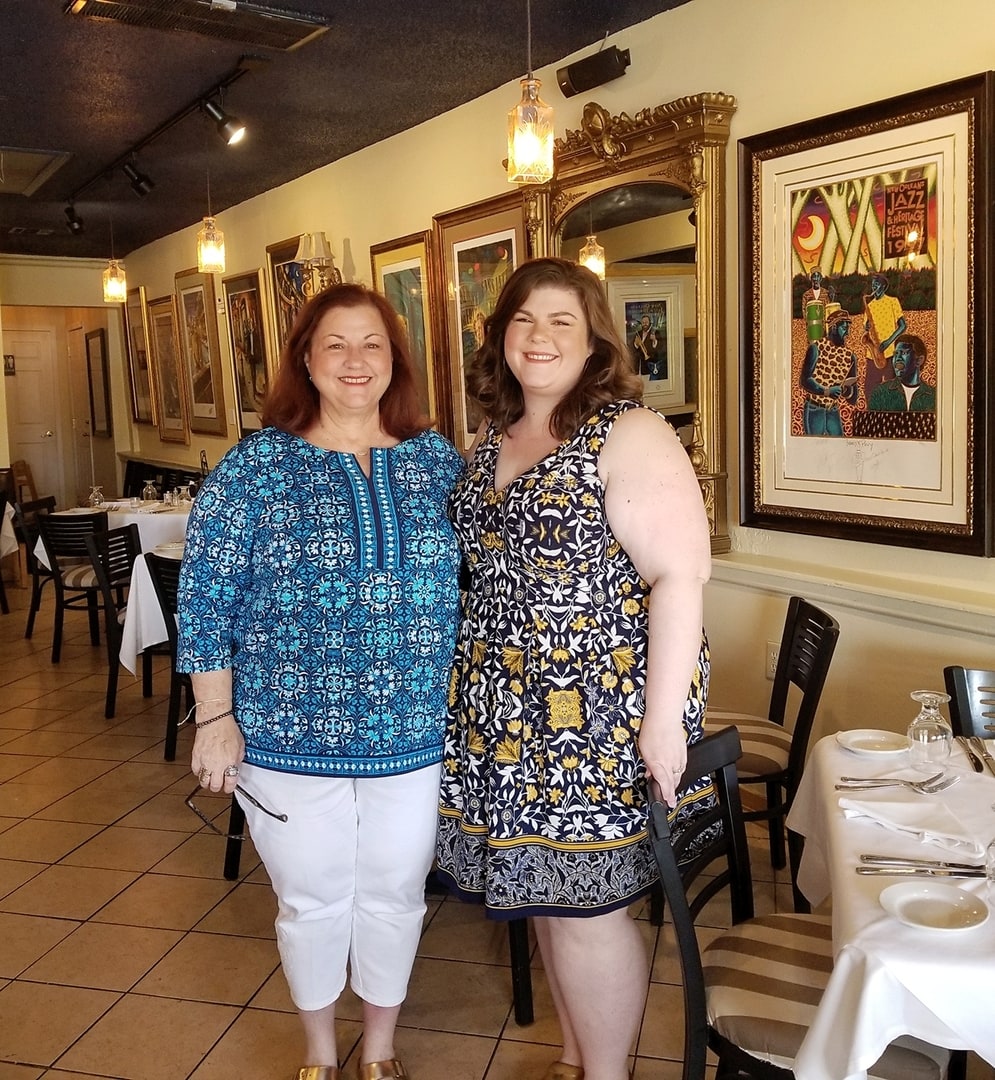 Running a restaurant is an exercise in hard work and Mary and Gabrielle don’t mince words about some of the difficulties they’ve had.

“Flooding has been our biggest challenge and we’ve dealt with other issues, but obstacles are just a part of being a business owner,” Mary said. “You figure out a way to work your way through it.”

The next challenge: the shutdown

Little did Mary and Gabrielle realize that one of their biggest challenges was just on the horizon.

Shortly after my first interview with Mary and Gabrielle, restaurants and bars were thrown into flux due to COVID-19 — an extremely contagious, potentially deadly disease that caused a government-sanctioned shutdown of “nonessential” businesses in New Orleans, including restaurants and bars. The impact of this shutdown has the potential to be devastating. Many restaurants began offering a “to-go/curbside” pickup, in an effort to keep their heads above water and keep their staff working. Greg, Mary and Gabrielle made the difficult decision to close their restaurant completely, in hopes of keeping their staff and customers safe. Facing yet another challenge, Gabrielle Sonnier Prudhomme sounded hopeful.

“The health of ourselves, our staff and our community is a major concern for us. Before the governor’s announcement closing all restaurants and bars, we had already decided on Sunday evening to close our doors temporarily until this pandemic is under control,” Gabrielle said. “We felt the financial impact this would have on our business was not worth the risk of exposing ourselves or our staff any further. There were many tears in coming to — and since making — this decision, but we felt it was the right thing to do.”

She continued, “These are unprecedented times for us, and while we wanted to do everything we could to stay open (to go, etc.) for ourselves and our employees, the reality is we work in an industry that is dependent on face-to-face contact. We don’t know what the future holds, but we do know that we will reopen, and when we do, all of our employees have a job waiting for them. Katrina couldn’t stop us, and this won’t either!”

At the end of the day, the Sonnier family wants to serve food that stays true to their Louisiana roots. In spite of this pandemic, the Sonniers look forward to when they can, once again, serve their community and welcome their customers home for a good meal.