Vegan Chef NOLA and Chef Ra team up to bring your mawmaw’s favorites, but with a vegan twist

Soul food got its name because it nourishes your soul. (Nobody has ever said that it nourishes the body, too.)

When we think of soul food, we think of our grandmothers working hard in the kitchen to whip up those dishes that seemed to bring a healing to our hurting souls, our crushed spirits and our weary bodies. It was our Granny, our Nana, our MeMaw who poured all her love into her hotwater cornbread, her greens with hamhocks, her fried chicken, baked macaroni & cheese, her Coca-Cola pie on Sundays after church with the family gathered around the table, showing their gratitude with empty plates, full bellies and second helpings.

The thing about soul food, though, especially the way we black Southerners know it, is that while it can heal your soul, it can wreak havoc on your body.

After generations of passing down recipes from the days of slavery when African Americans had to make meals from scraps and the parts of animals their masters wouldn’t use, a new generation is honoring the traditions of soul food cooking but adding a healthy twist. The relatively new vegan soul food trend has made its way to New Orleans, where the vegan soul food scene has exploded in the last six months.

“We try to feed life to our people,” said Vegan Chef NOLA, whose real name is Lakeba Angelle. She recently teamed up with Joseph Robinson, who goes by the name Chef Ra. The two of them now call themselves 2 Vegan Chefs.

Angelle and Robinson are making a name for themselves across the city where more and more vegan options are steadily popping up. Both learned their skills in the kitchen from their grandmothers, but the blend of their differing vegan styles is what makes 2 Vegan Chefs work so well.

It was well-known local photographer CFreedom who connected the two after seeing that they shared a similar vision: “to serve the food we grew up with but in a healthier way, “ said Angelle. In other words, they want to serve the dishes Big Mama used to make but without causing you to need a nap afterwards. In fact, you may want to go for a run after eating these dishes because they soothe the soul and the body.

Once connected, the vegan chefs desperately needed a place to concoct their delicious dishes to sell to the public. It was Coronella Porche, owner of Cafe Porche & Snowbar, who allowed the newly formed team to lease her soul food restaurant in the evenings, starting at 5:30, Sunday through Thursday at 1625 Baronne St.

With the recent addition of Uber Eats, business is booming, and the two are thrilled by the high demand and warm reception of Crescent City residents.

Let’s be real, New Orleans has the best food in the world. (If you don’t agree, you can have several seats.) But the dishes in our gastronomic city ain’t always the healthiest, and the most popular restaurants aren’t usually those with the most healthful menus.

“It’s refreshing, revolutionary, especially in New Orleans. We’re kind of behind, but right on time… It brings joy to me, to see people come in and they’re smiling,” Robinson said.

Robinson is an artist and musician who has always focused on health and wellness. He’s been cooking since he was 10, learned watching his grandmother and cousin and specializes more in raw food and vegan versions of American comfort foods like mac & cheese and nachos. His catering business is known as Ital Garden, which means vitality and life.

Seven years ago, he went vegan after reading African Holistic Health and learning more about the process much of our food goes through before making it to our grocery stores or our plates at restaurants.

Taking the vegan leap happened a little differently for Angelle, who was a pescatarian for nearly 18 years, when she developed a tumor called a “chocolate cyst.” The tumor exploded inside her and after treatment and healing, she decided to become strictly vegan.

And yes, yes, she does have times where she is craving fish (and she just eats seaweed to squash that craving) and she does remember very well how her grandma, Iola Wheeler, used to cook.

Those memories brought about cravings for those dishes she ate when she was younger, so she began to create them but tweaking Mama Iola’s recipes to remove any animal products.

Now, Mama Iola wasn’t just a grandma who cooked for her family. No, she cooked for everybody that she could and her meals were unforgettable. When she passed away, the church couldn’t hold everyone because there were more than 1,000 people at her funeral, Angelle described. Many of whom, Mama Iola had fed, and she truly fed their souls and brought joy with her cooking.

When it comes to her own legacy, Angelle said she would like to be remembered as an “honest, organic soul.” who serves “food that tastes good and helps us to be happy.”

Robinson, too,  wants to feed the people of New Orleans good, healthy dishes, but he also wants to share ways they can eat healthier on their own.

“I want to teach them, not just feed them,” when it comes to healthy eating, he said.

Where to find them 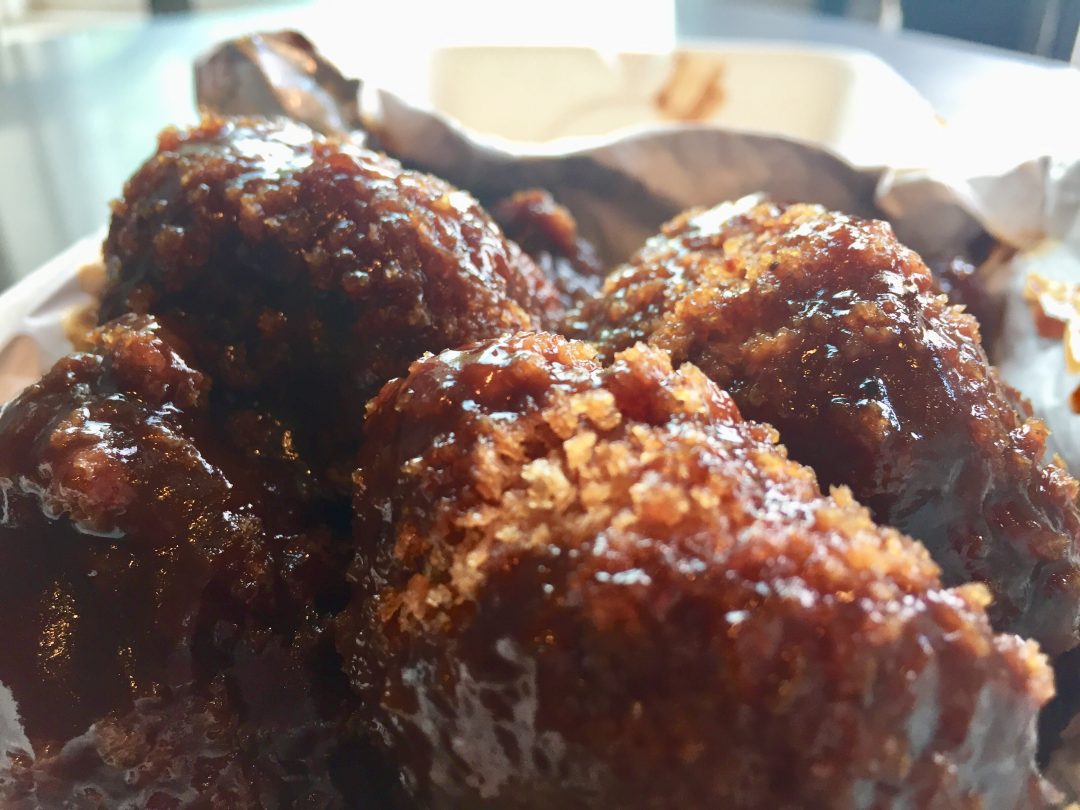 The cauliwings were fire. The fact that they are breaded and have the crispiness of a wing and somewhat have the texture of chicken meat once you take a bite makes you realize that maybe you could go without actual wings and never even miss them. I tried the BBQ sauce flavor, and they were divine. 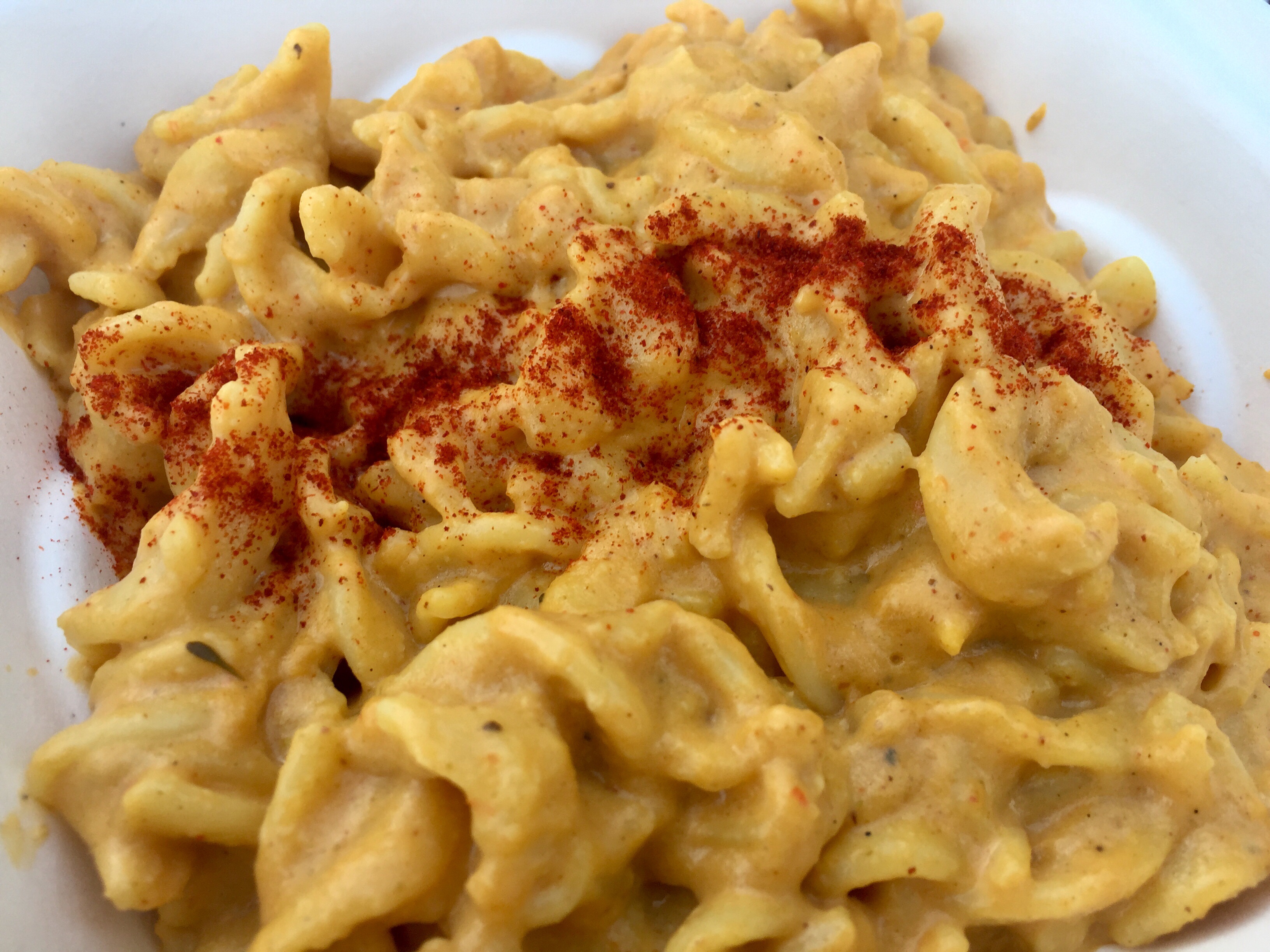 The mac & cheese has the creamy “cheesiness” that a black woman who grew up eating my Nana’s macaroni & cheese on Sundays after church would expect from anything called soul food. I was surprised, but delightfully so, at the addition of the sprinkling of paprika. It added an unexpected but perfect flavor to a macaroni &  “cheese” that isn’t trying to be anything other than simply good. 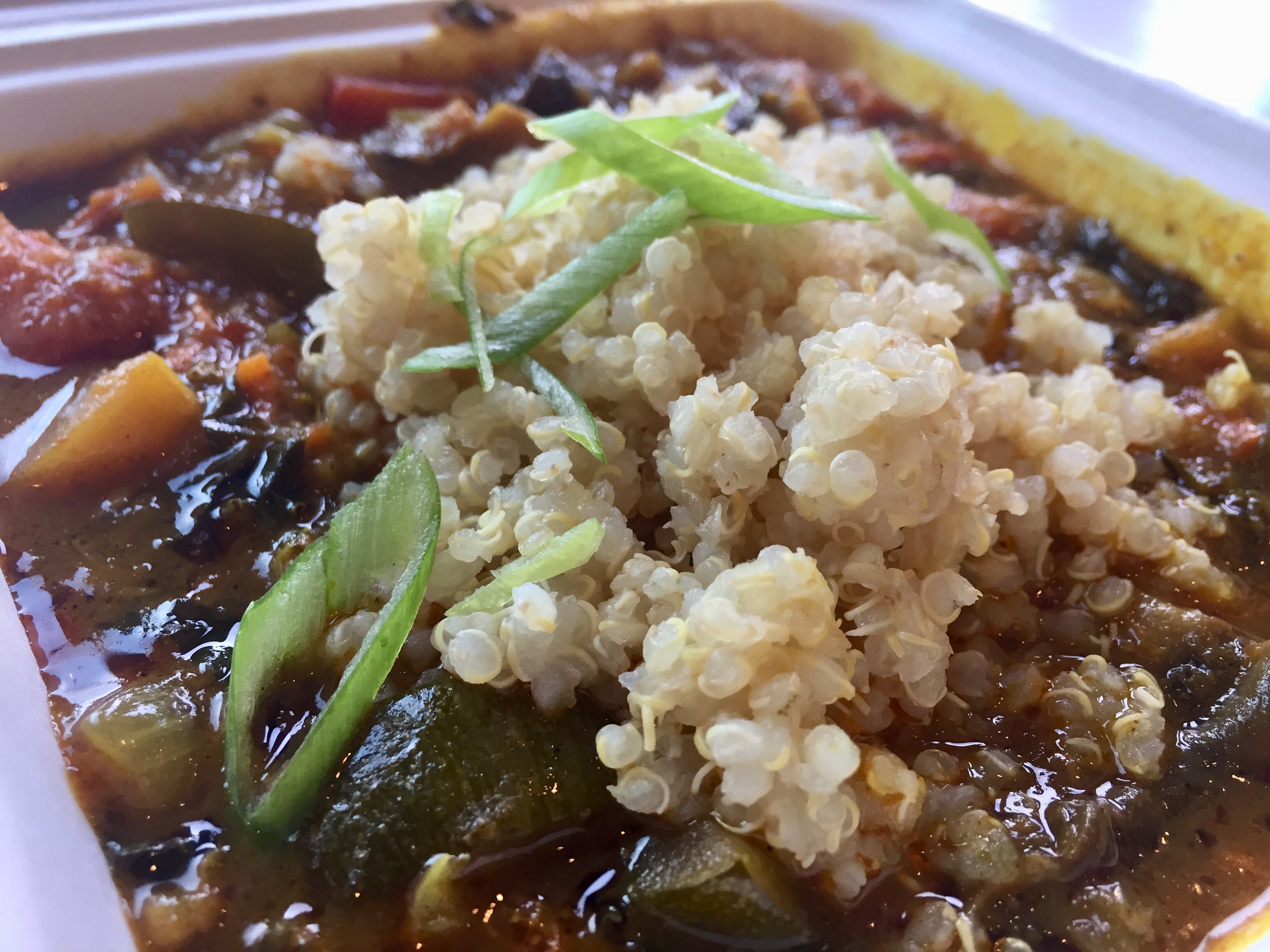 The juju curry is erupting with flavor and is almost sweet, but feels as though it has healing powers. The dish contains a variety of vegetables, and I especially loved the addition of the pickles and the use of quinoa instead of the expected rice. Pro-tip: This dish tastes just as great the next day as it did on the first. 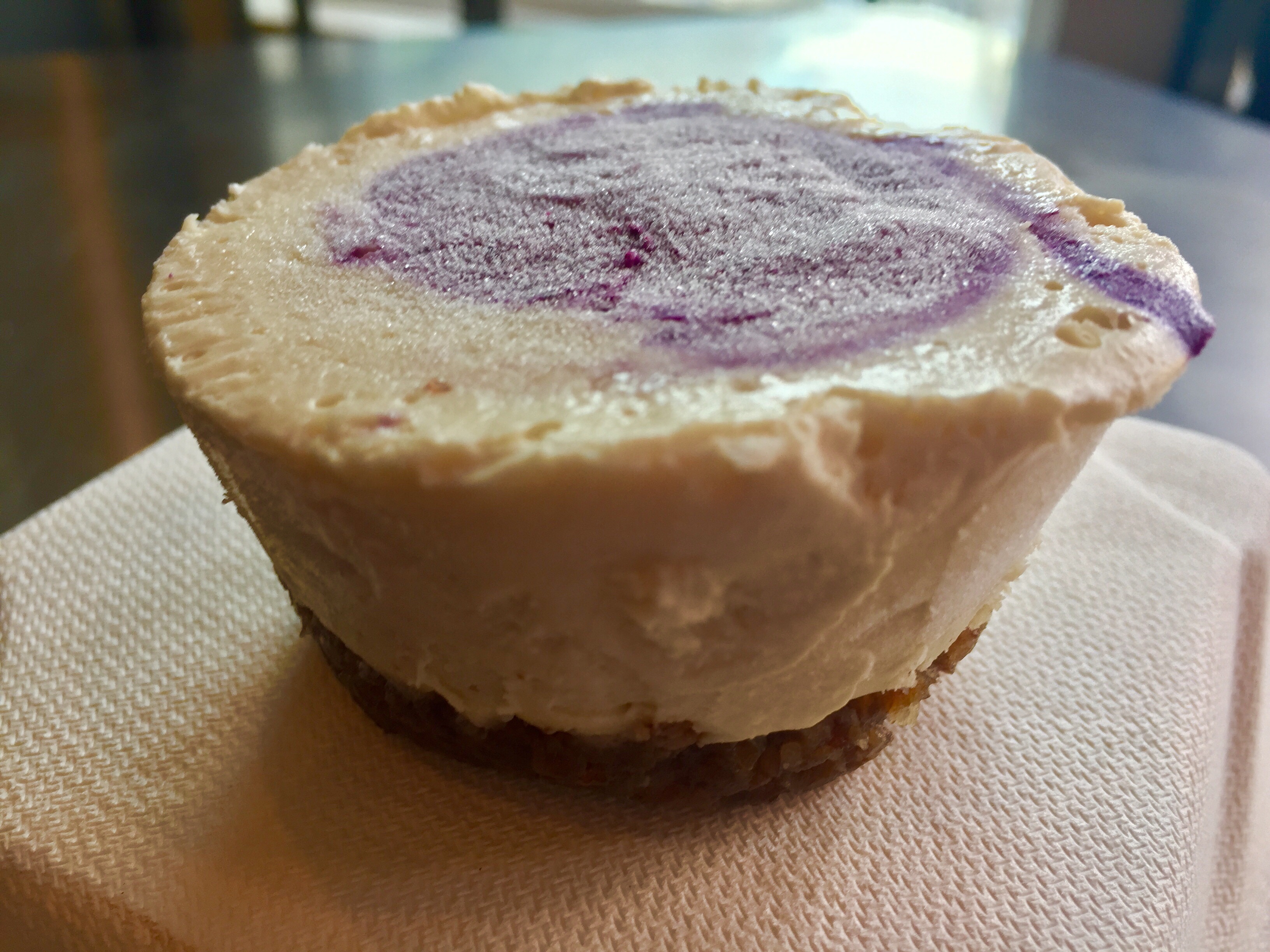 The blueberry cheesecake tasted more like an icebox cake/pie than cheesecake, but was still enjoyable. It’s not too sweet and is refreshingly light for a dessert.