If cheesecake and king cake had a baby, this would be it.

Are you the type of person that gets up in the middle of the night and stands in the kitchen in your underwear and eats the icing off the top of the King Cake? Or scoops out the sugary filling with a questionably clean finger and licks it off unattractively until the light kicks on and your wife (or husband) screams “What are you doing?”

It’s ok. We’ve all been there. Let’s face it, the bread part just isn’t as good as the frosting, right? What if I said you could partake in a King Cake concoction that omits all that glutinous bread? That’s why I hopped out of bed today (with king cake icing on my pillow) to seek out the elusive and mysterious King Cake Ooey Gooey cake. I grew up outside of St. Louis where this sticky, dense, and outrageously rich confection square about as an accident when a baker added the wrong proportions to a coffee cake batter and this beast of a dessert was born.

I got word that a few local purveyors were slinging a King Cake version of the great Ooey Gooey and had to see for myself. So I headed out to Metairie to track down a sugar buzz. Sitting down with a good cup of Joe, I did the good deed of tasting these bad boys. For science, of course.

Where to find the ooey gooey king cake 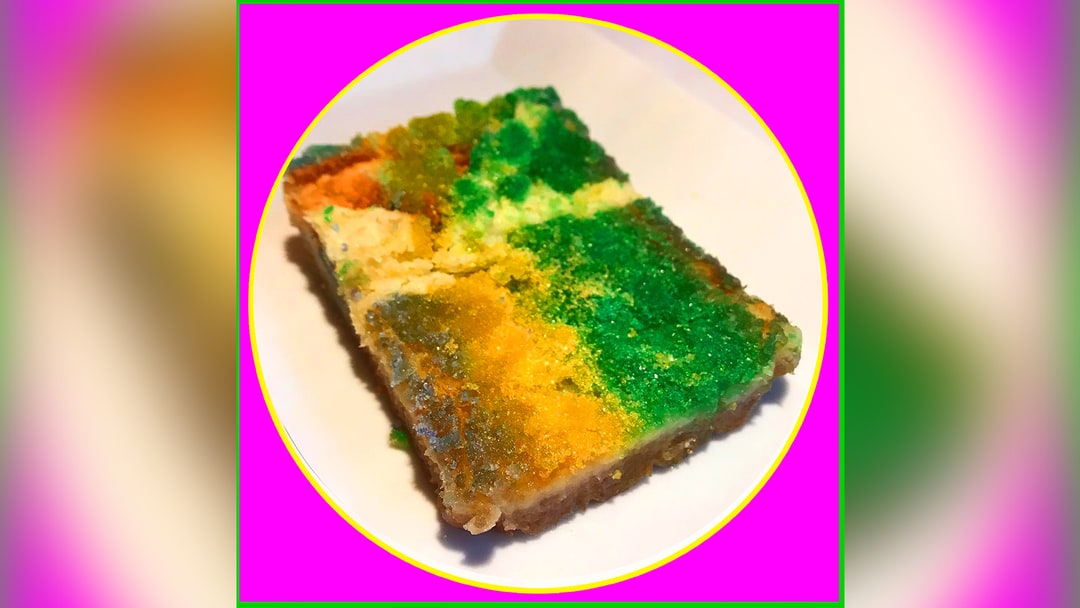 The sweetest of the three was from the distributors of the great Oreo Ooey Gooey that you may have seen at the counter at gas stations and grocery stores. A nice crunch from the purple, green, and gold sugar gives way to a creamy, almost cheesecake-like texture. The crust is dense and crunchy. There is an overall bright citrus flavor that helps cut the sweetness, but I doubt anyone would be able to finish a whole bar on their own. 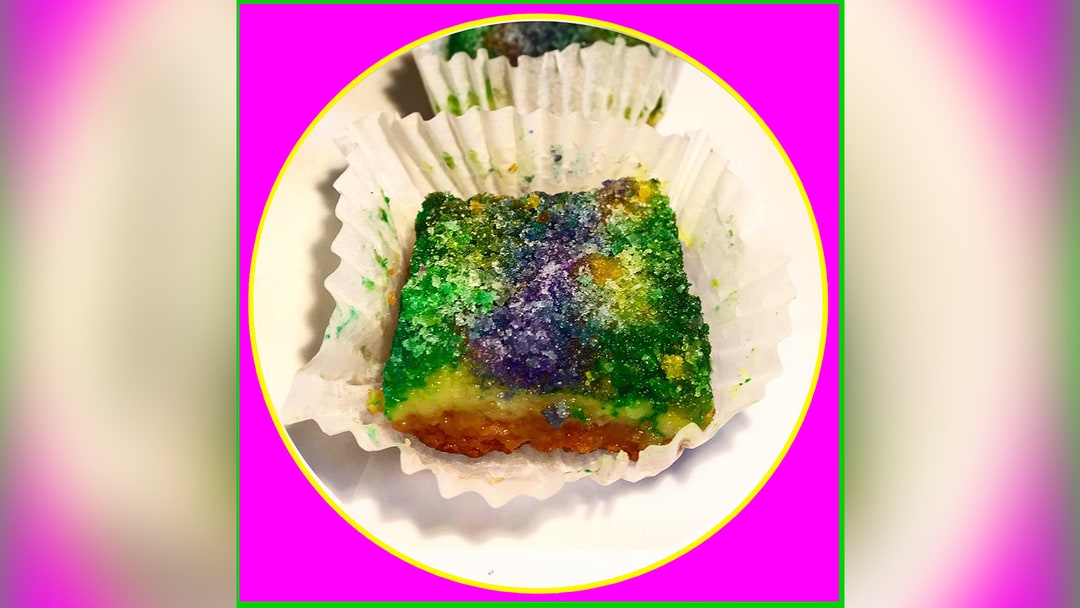 You can pick up these bite-size squares at the same time you snatch up your third office, home, or parade King Cake. The sugar was more colorful, and there is a more assertive cinnamon flavor to the Haydel’s bar that made it taste more like a King Cake. The crust had a bit more of a gingerbread bite. Feed these to the kiddo’s on the parade route and watch them buzz around like little bead bees. 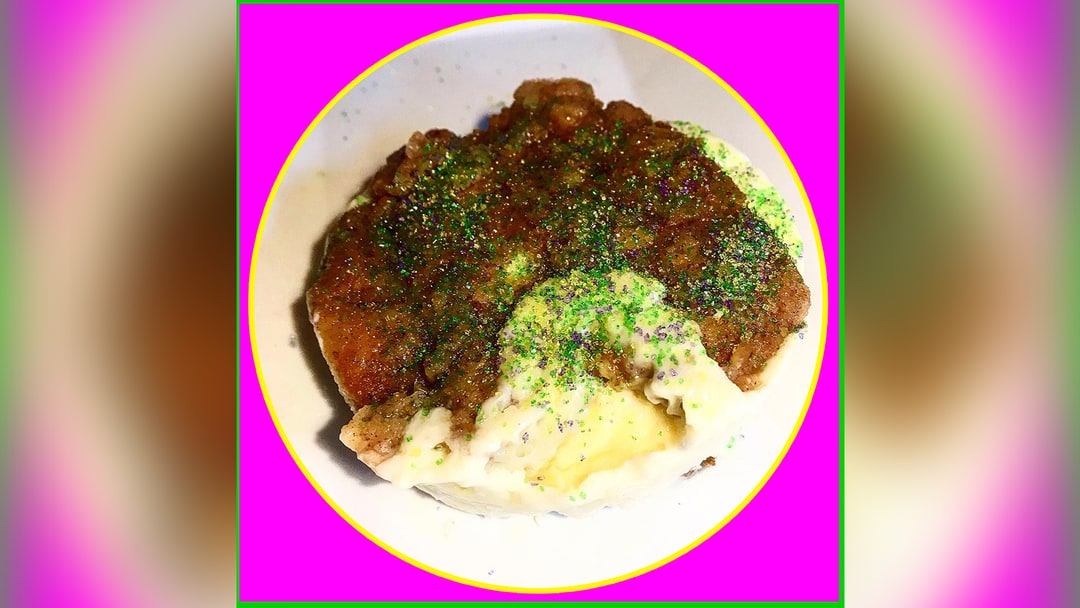 It should be noted straight up that this is more of a bread pudding than an Ooey Gooey bar. But it was ooey and gooey none the less. Light, fluffy cinnamon bread is encased in a cream cheese like white chocolate icing and topped with the classic Mardi Gras sprinkles. This thing was amazing, and I can totally see myself munching this down with a hot coffee (maybe an Irish coffee) before heading out to the parades. Save the squares for the kids, and keep the Banh Mi boys Ooey Gooey for the more, refined palates. Call ahead to make sure they have some ready to chow down on, they tend to sell out.

Editors Note: So many of you told us about other places to snag an ooey gooey piece of heaven, we’ve added more to our list: