I stepped off the ski slopes and grabbed a pistol, but I wasn’t in a biathlon, and there wasn’t even snow on the ground.

I was wearing a virtual reality headset at Optimus Entertainment, a massive new video arcade and indoor entertainment center in New Orleans East, that boasts one of the largest assortments of VR games in the region. Switching from a skiing simulator to an immersive shooter was as easy as a few taps of a button, and moving from video games to more physical activities such as laser tag, bumper cars or a Skee-Ball style bowling game just requires a few steps through the 24,000-square-foot facility. Actually getting used to the controls and virtual reality helmet took a bit more work, but a team of patient employees was happy to assist me in learning the ropes.

Other virtual reality games include bicycle and car games where the vehicle tilts and swerves to match onscreen action, and a hunting game lets players take aim at lifelike prey on screen. 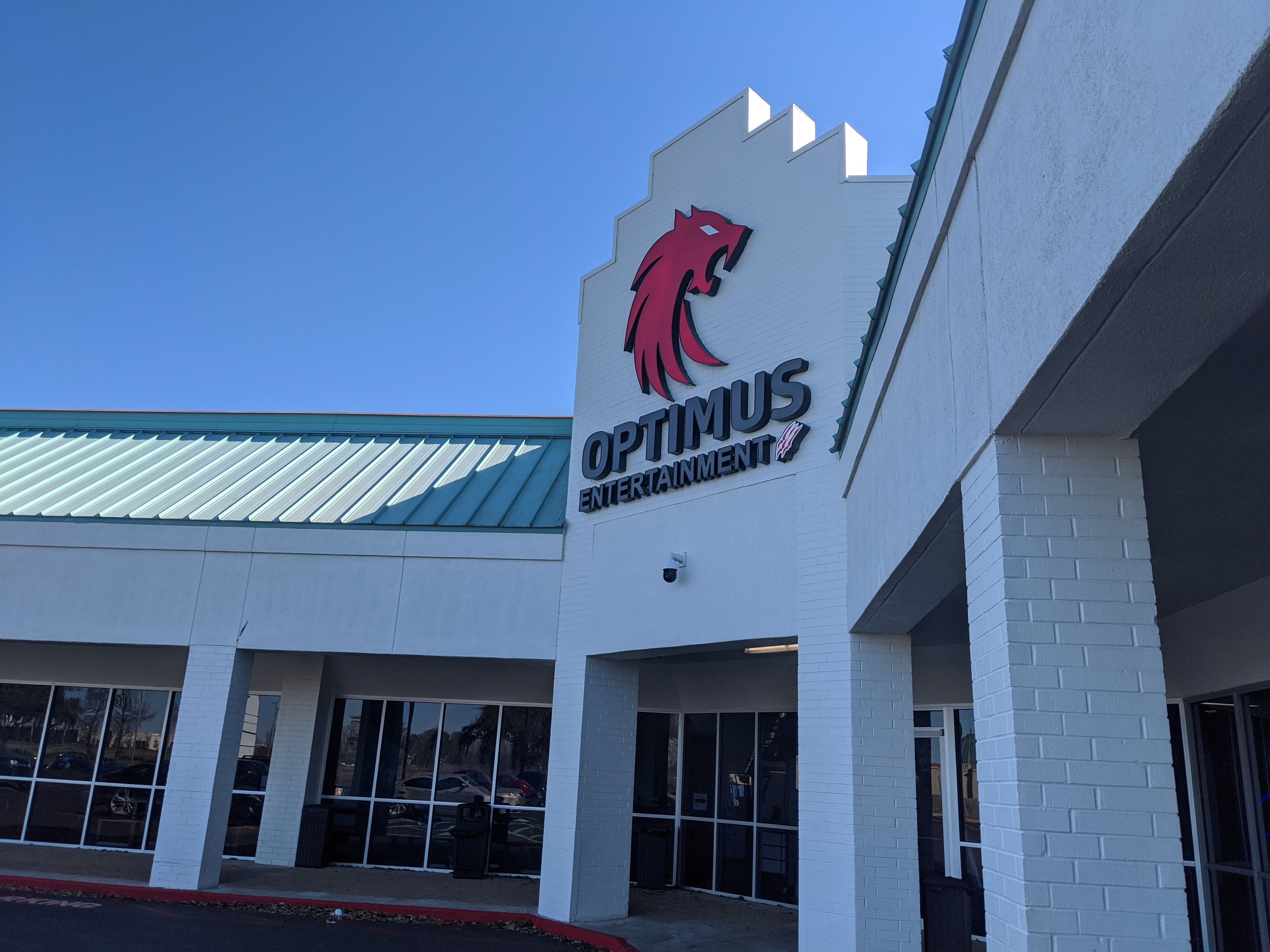 Optimus, which saw hundreds of visitors attend its grand opening in mid-February, is one of several recent developments bringing new entertainment and employment opportunities to New Orleans East. Those include the Dixie Brewing Company, which recently returned to New Orleans and set up shop on the eastern side of the Industrial Canal. (A second brewery, Cajun Fire Brewing, also has plans to open in New Orleans East). But still, residents of the area often feel they have to travel to other parts of the city or nearby suburbs even for some basic amenities.

“One of the complaints in the neighborhood — they do not have enough for kids,” said Terrance Rice, one of the business partners behind Optimus.

In addition to arcade and tabletop games, the space offers an indoor play area for younger kids, complete with a ball pit, and multiple party rooms that could be suitable for children’s birthday parties — or corporate events. The company has already received hundreds of inquiries about booking the party rooms, Rice said. 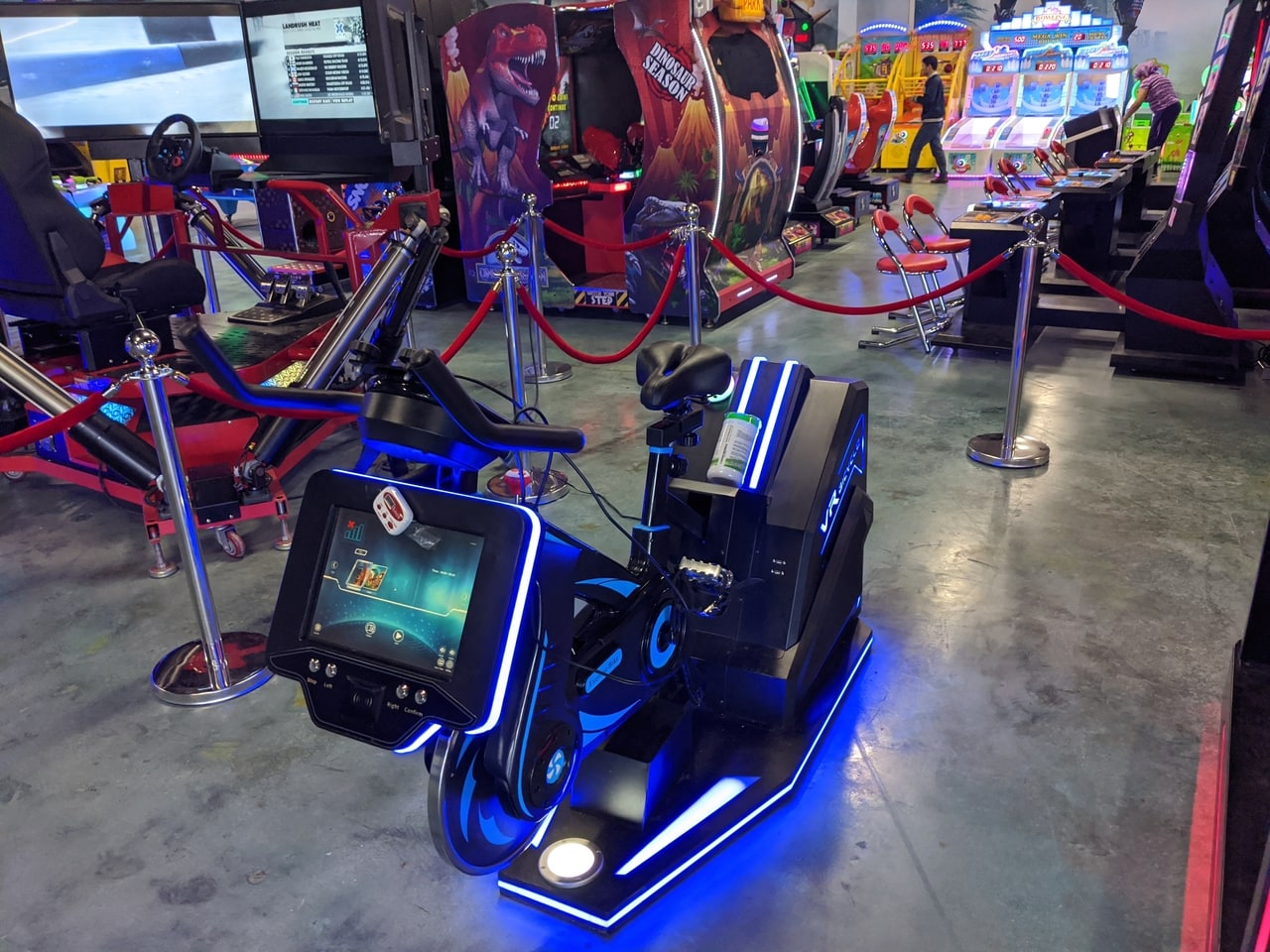 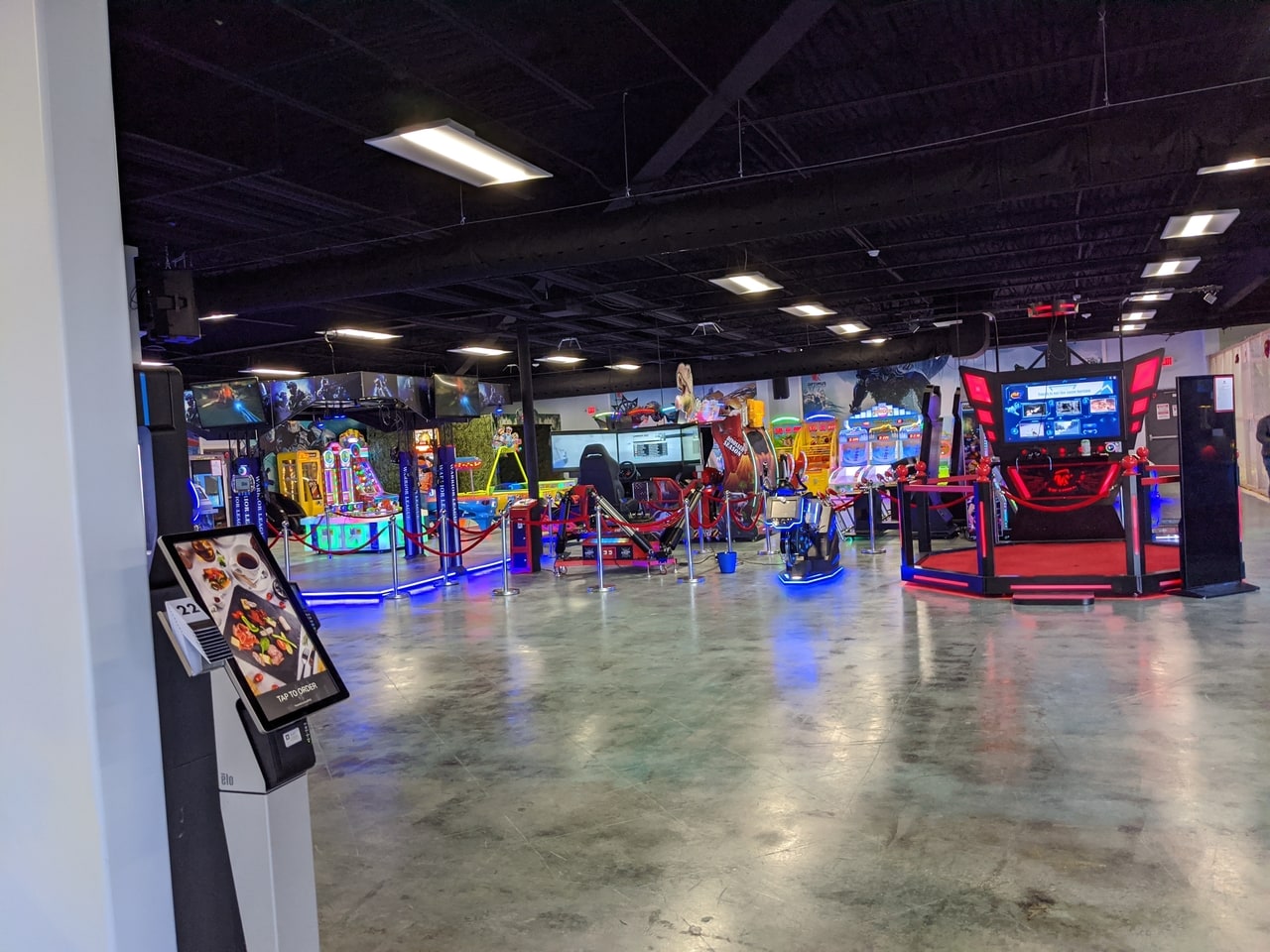 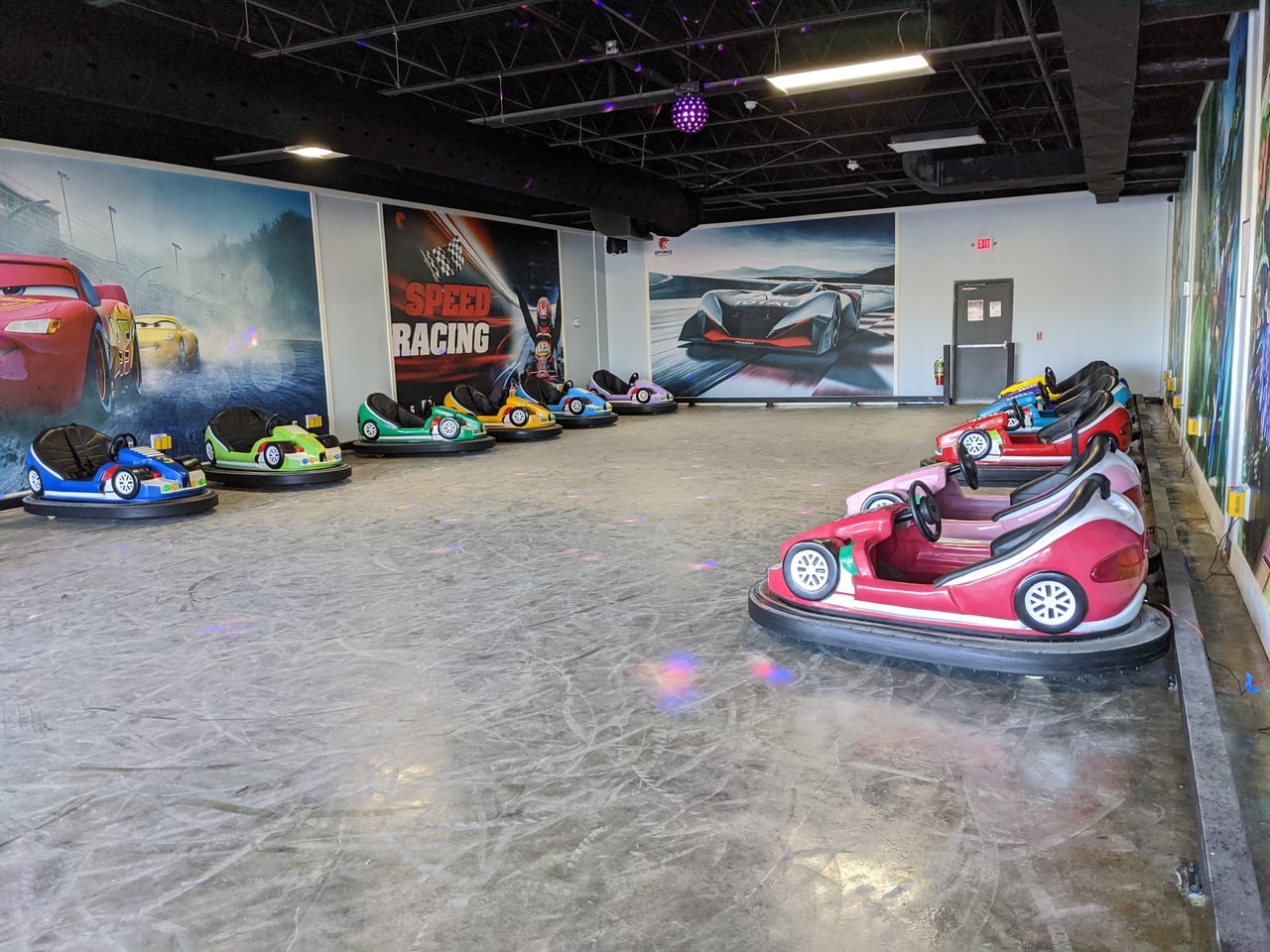 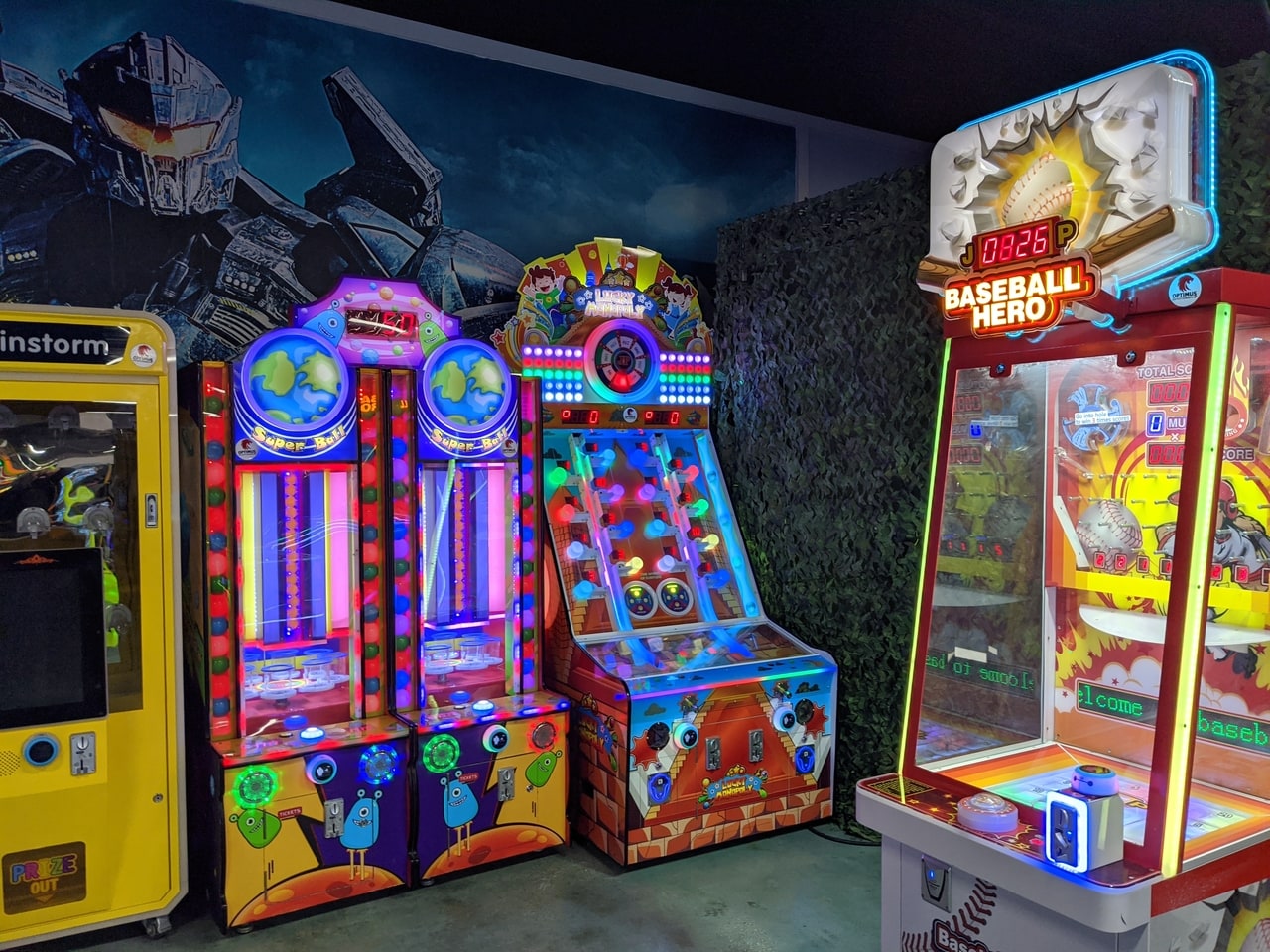 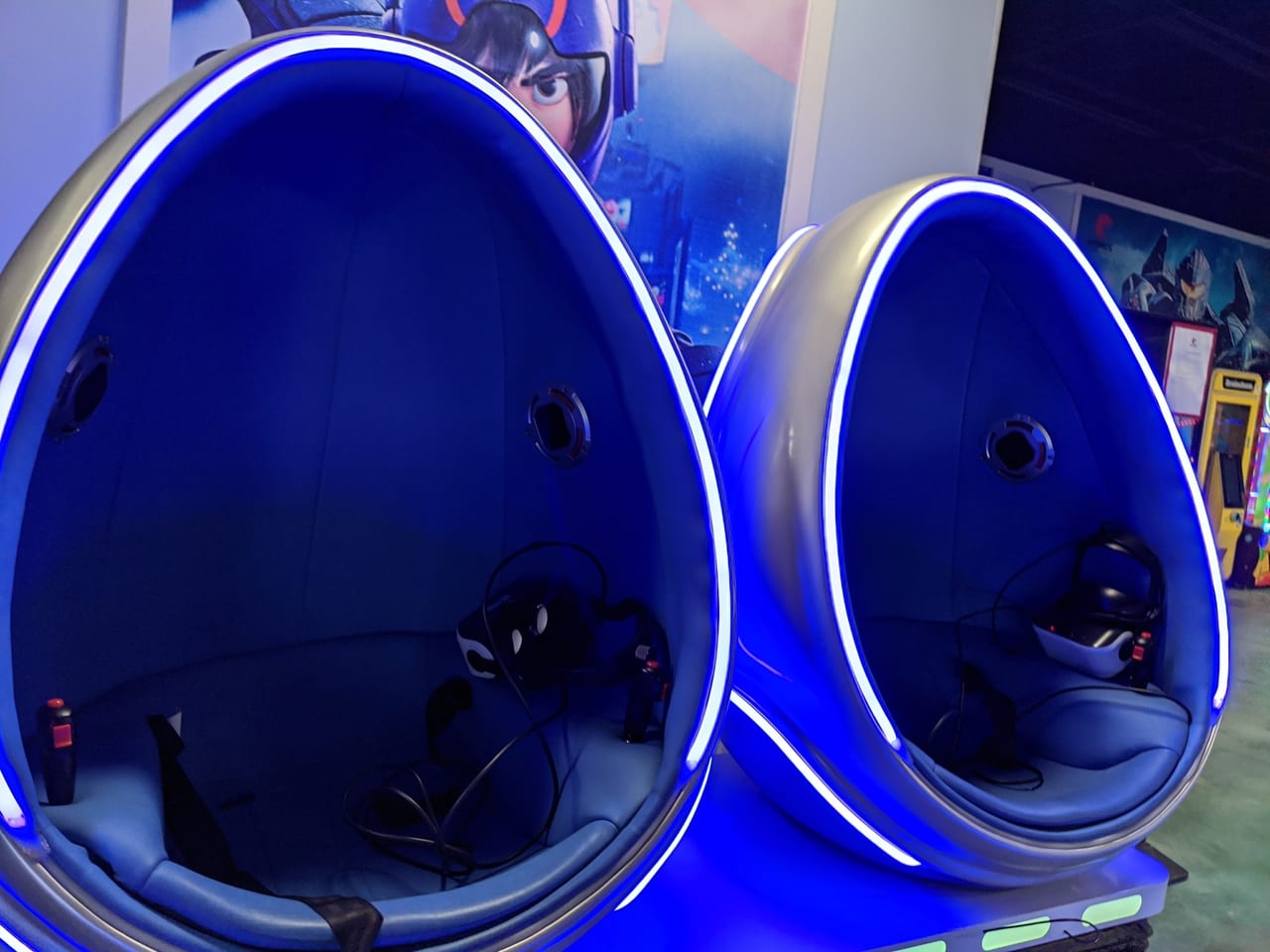 Rice, who paused while giving me a tour of the facility to greet a family looking to play bumper cars, said his business partner who in 2013 bought the strip mall where the entertainment center is located had initially struggled to find retail tenants for that stretch of Lake Forest Boulevard. But with Optimus in operation in a storefront that had sat dormant since Hurricane Katrina, traffic is likely already boosted, and the entertainment center will soon be joined by a location of We Dat’s Chicken & Shrimp, a growing local food chain.

Investing in the community

“We hired all local people so they feel vested,” Rice said, a number that could roughly double to handle anticipated crowds over school summer vacation this year.

“The indoor amusement facility is a huge economic development opportunity for New Orleans East,” said Cyndi Nguyen, who represents the area in the City Council, in a statement. “The developers made an investment in a facility that has not been in commerce since Hurricane Katrina. It creates much-needed jobs for young adults.”

In addition to entertainment, Optimus also offers its own dining options, including wings, ribs, burgers and pizza, all able to be ordered from the counter or using a touchscreen.

“We pride ourselves on being high tech,” Rice said.

Some senior citizens from the neighborhood stopped by to see the entertainment center and offer their congratulations, then ended up staying for a few hours for lunch, he said. Workers from nearby employers, including the New Orleans East Hospital and a nearby bank, have also made Optimus a lunch destination, Rice said.

In addition to games, Optimus features an immersive theater that lets viewers of a selection of roughly 180 movies—half a year’s worth, even for someone watching one per day, Rice points out—that subjects viewers to the conditions they’re seeing on screen. That could be rain, snow, driving wind or even desert heat, Rice said.

“Whatever happens on screen, happens in the theater,” he said.

So far, especially with the virtual reality emphasis, many of the video games offered at Optimus aren’t household names, but Rice said that after hearing customer feedback, there are plans in the works to add some video game classics, such as Asteroids or Pac-Man. While those may not be quite as exciting for younger players, they’re likely to be a welcome sight to those of us raised on old school systems and arcade games, including anyone chaperoning children for a laser tag session or simply dropping in for a quick bite to eat.