The tributes to the Queen of Soul continue on 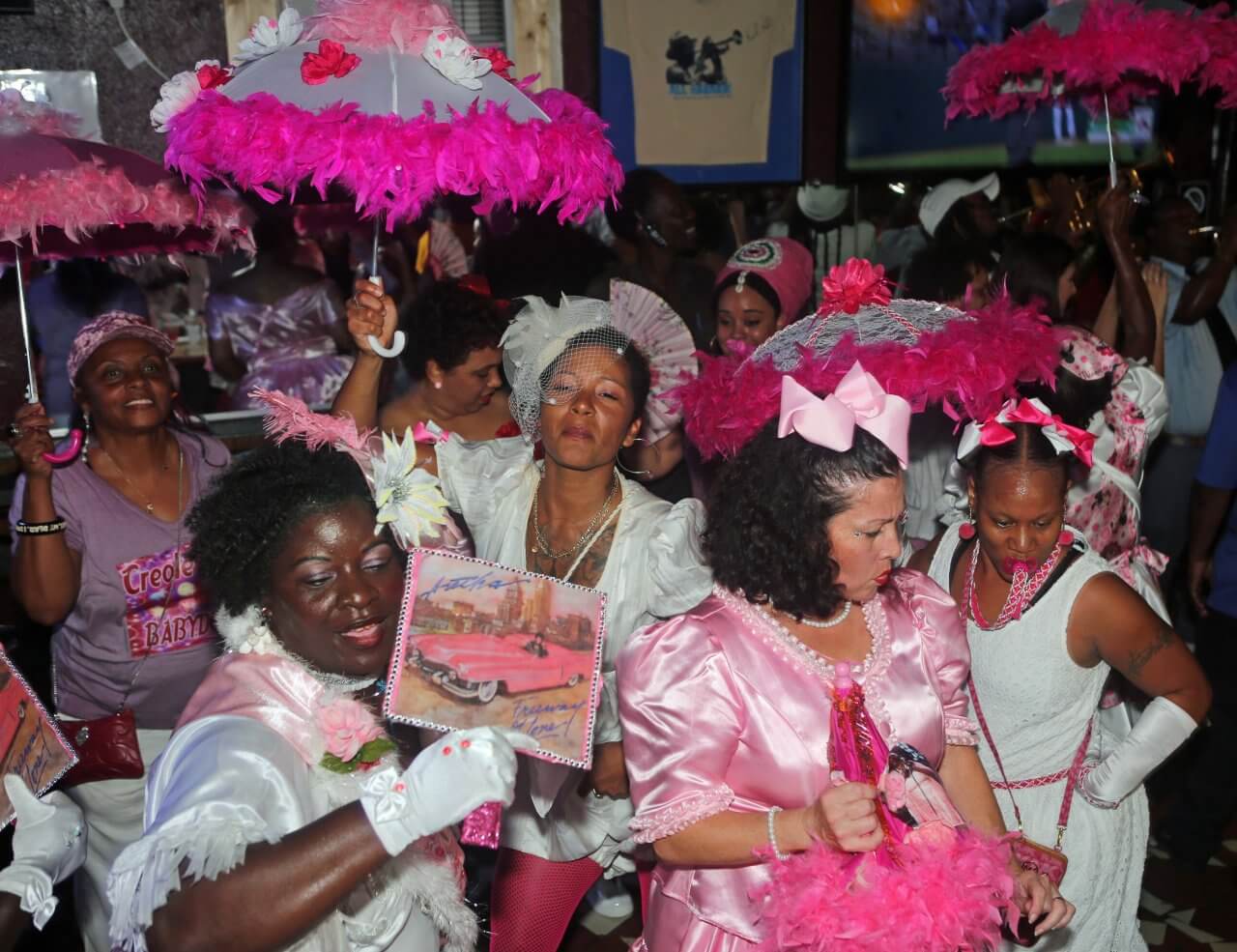 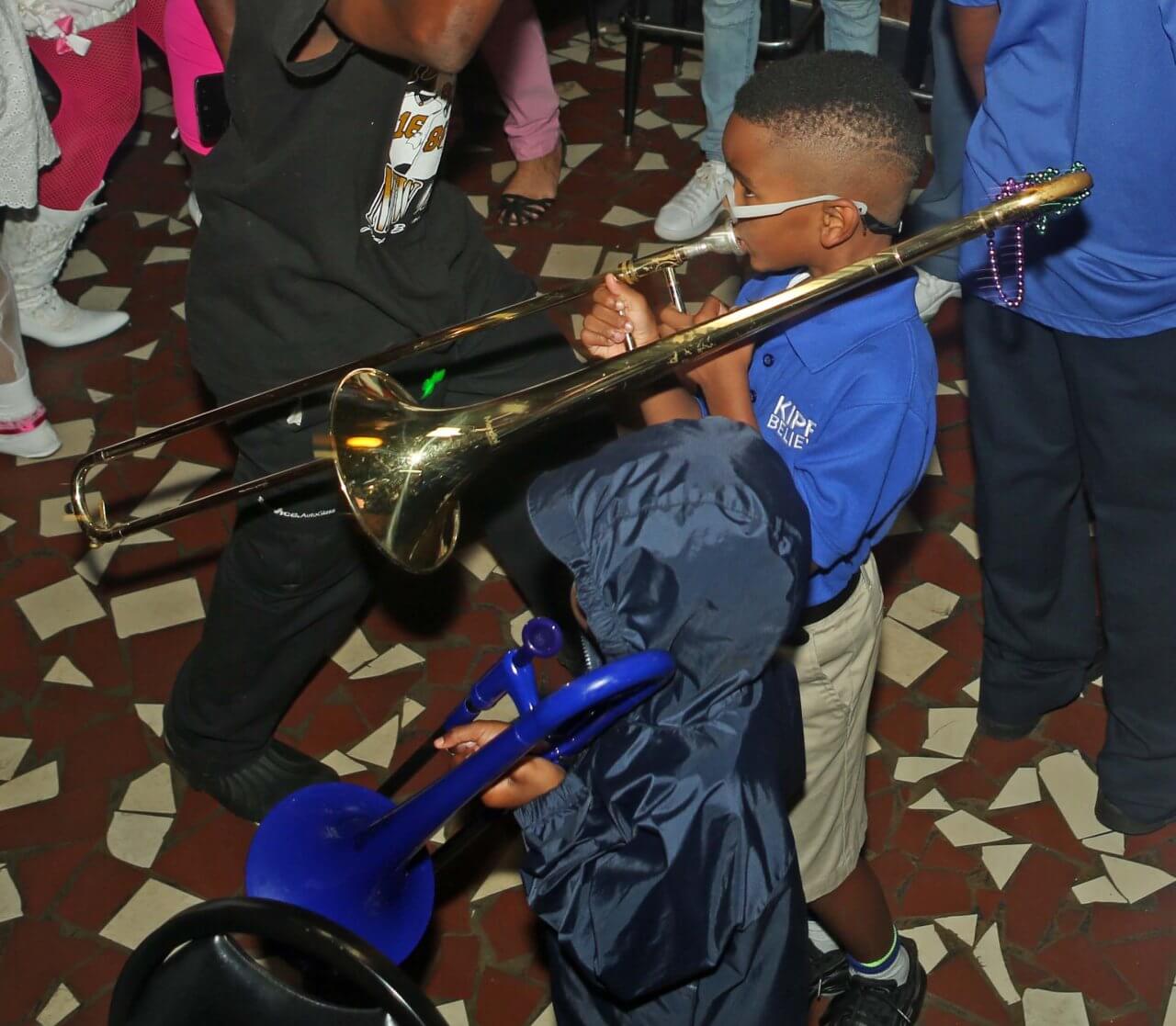 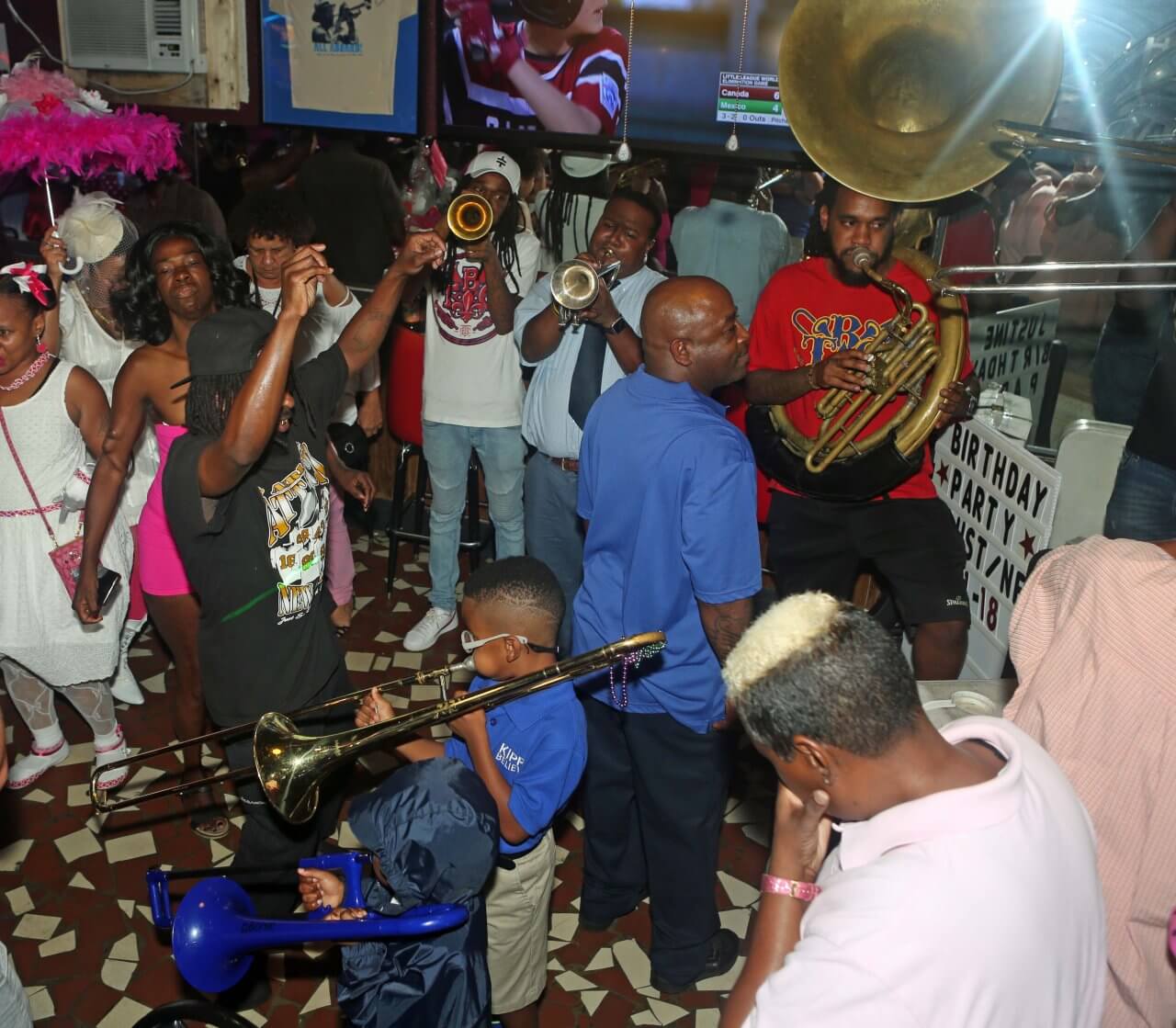 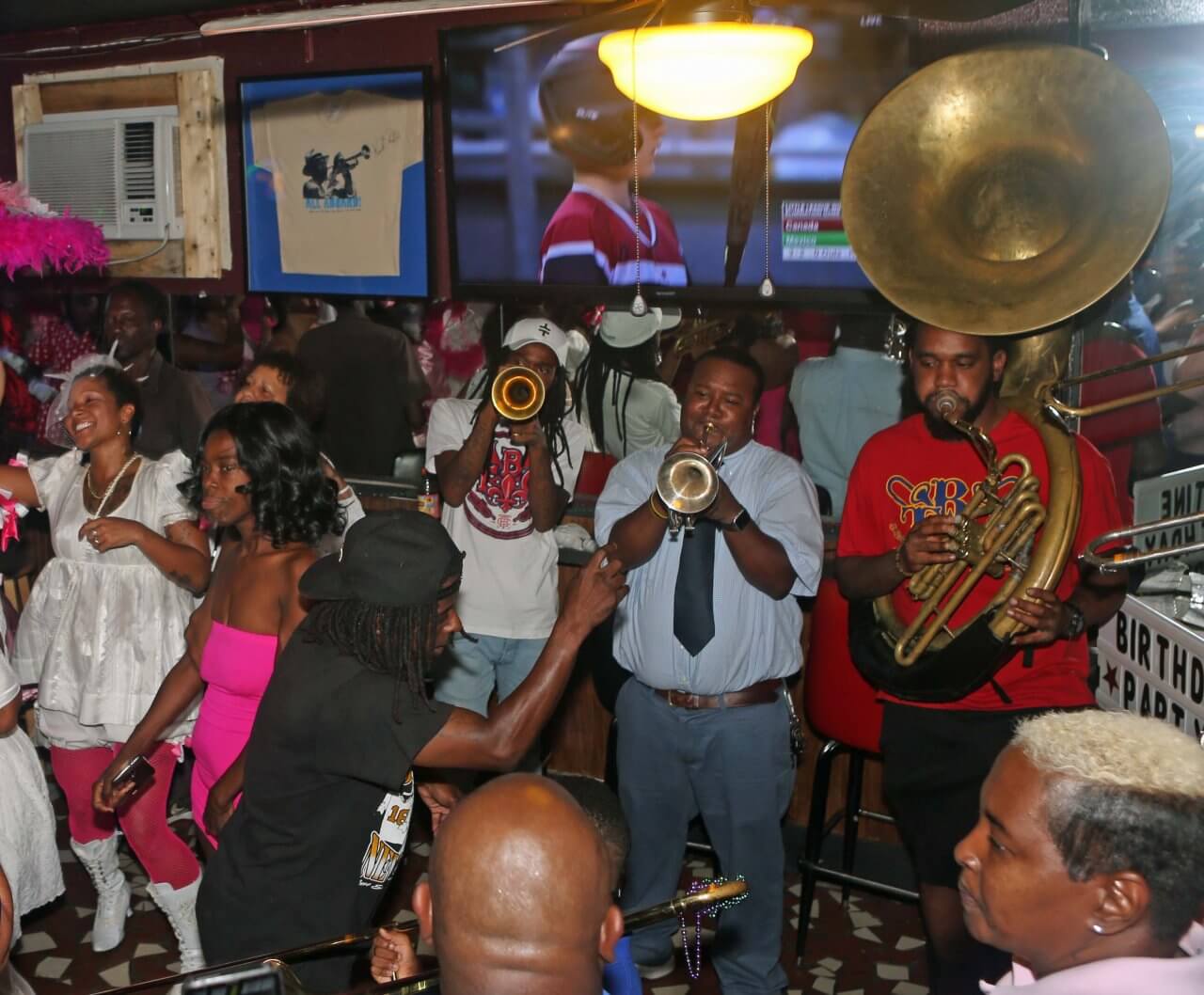 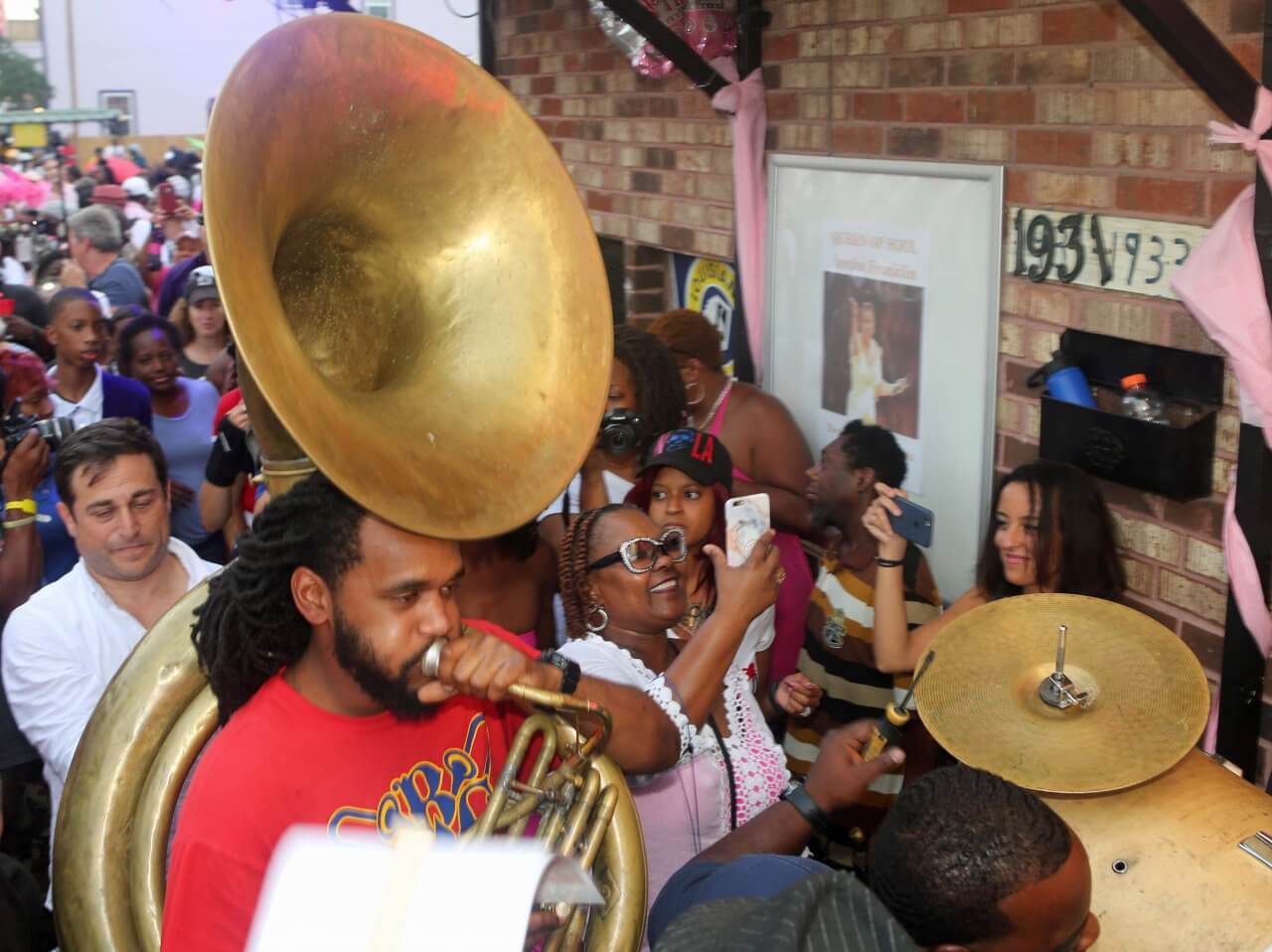 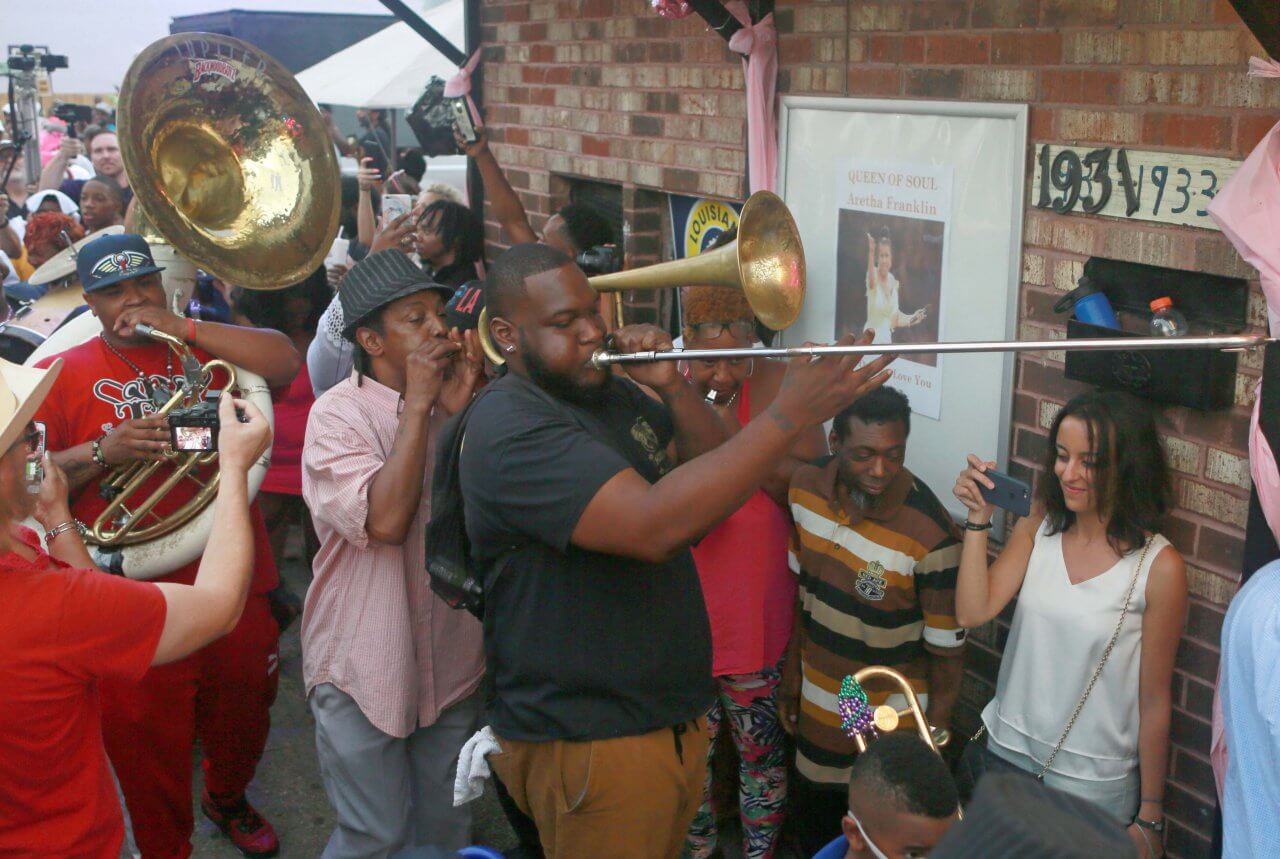 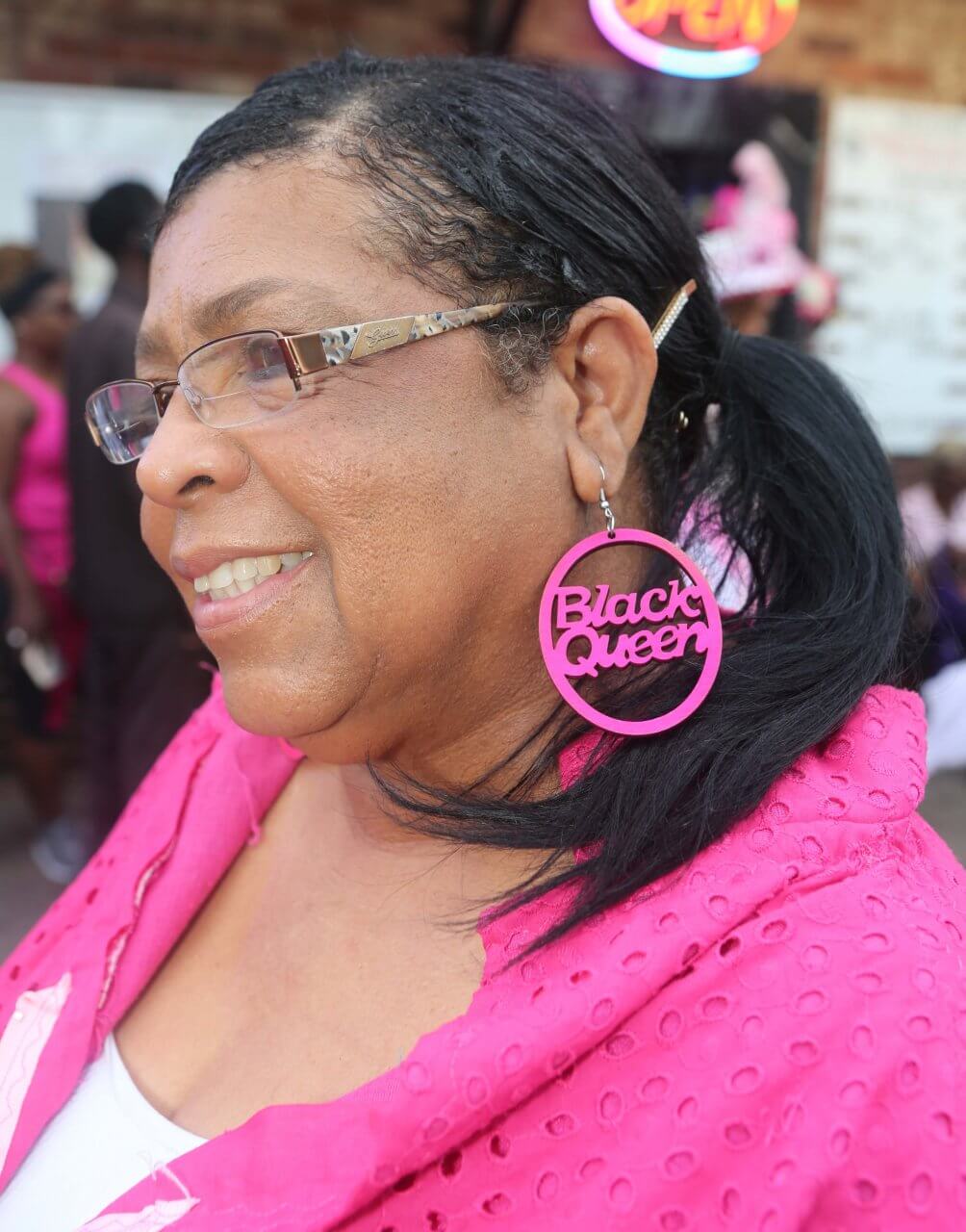 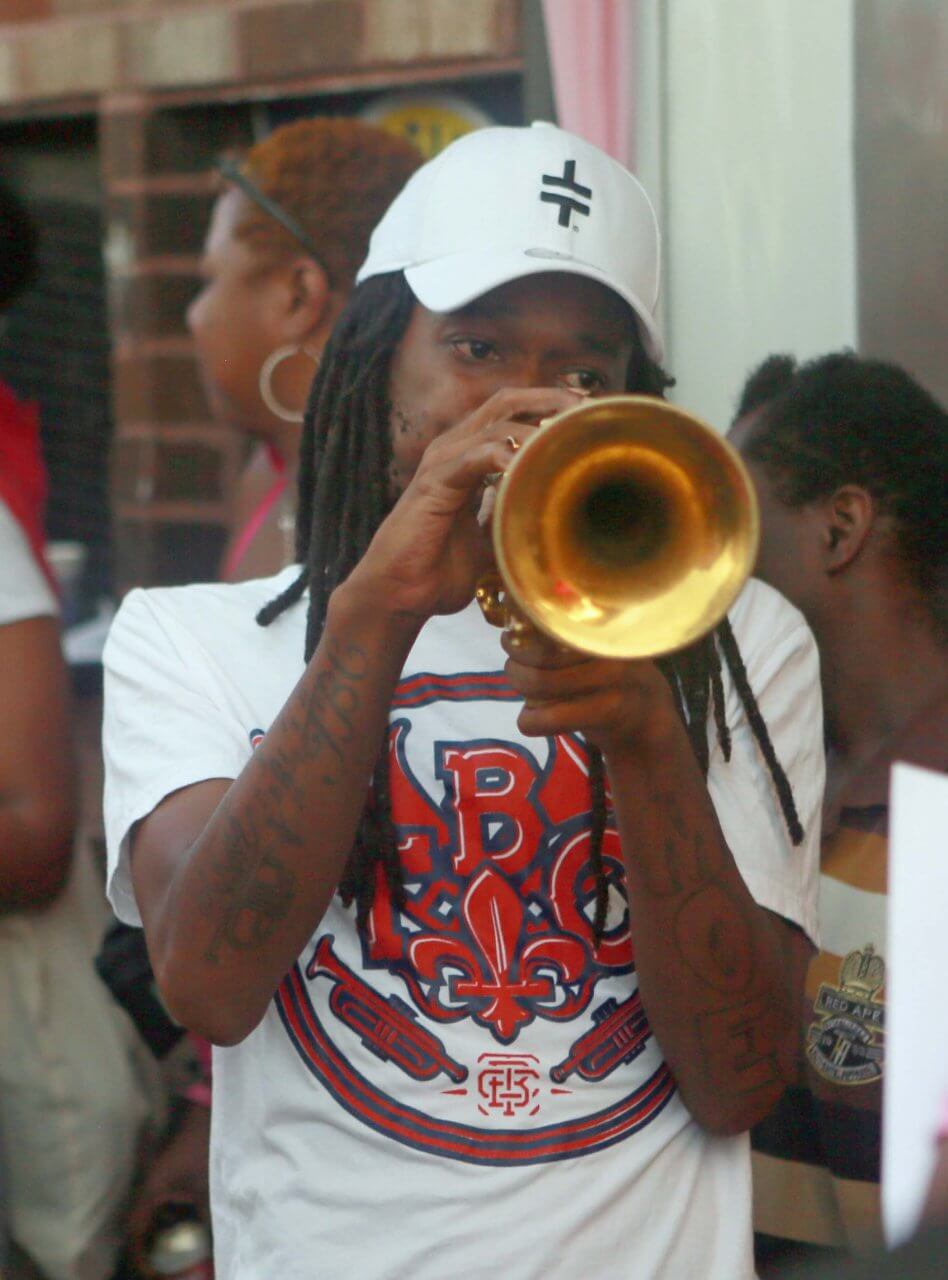 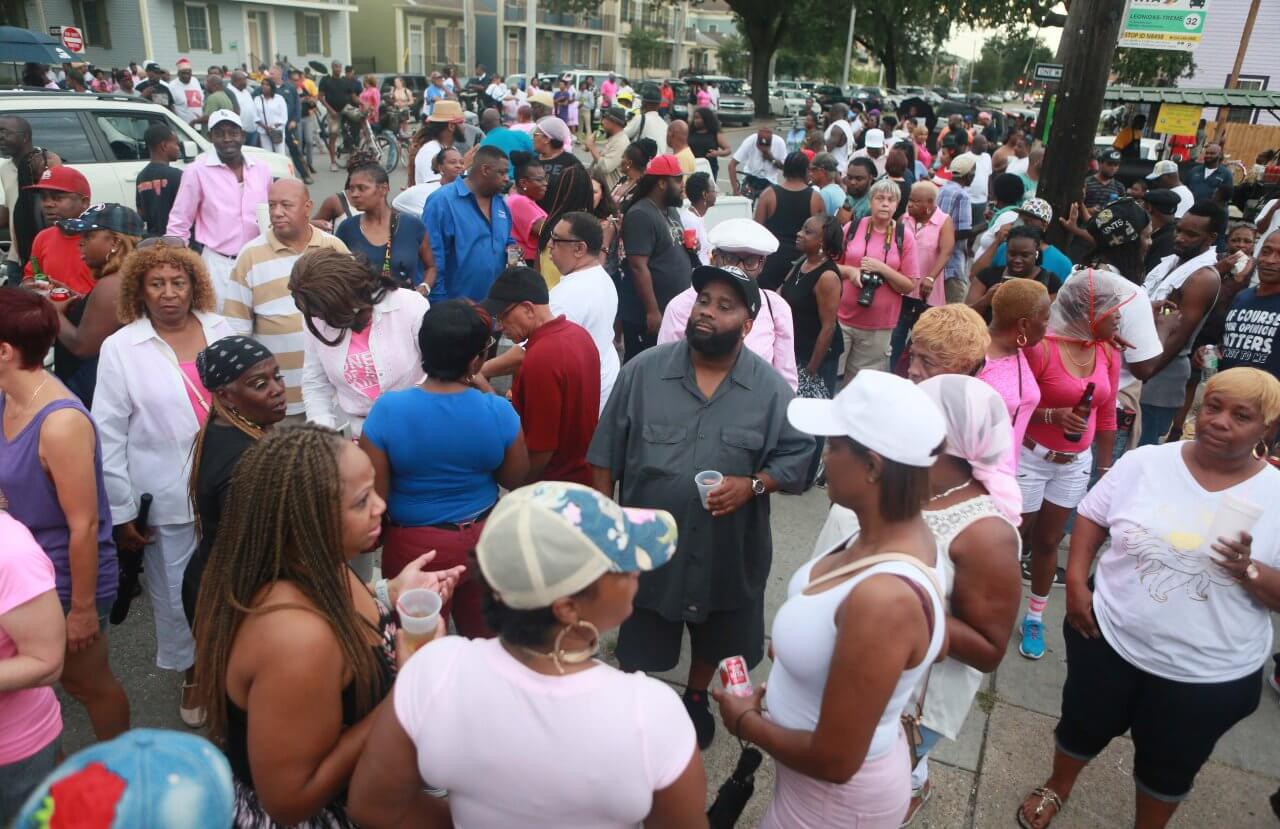 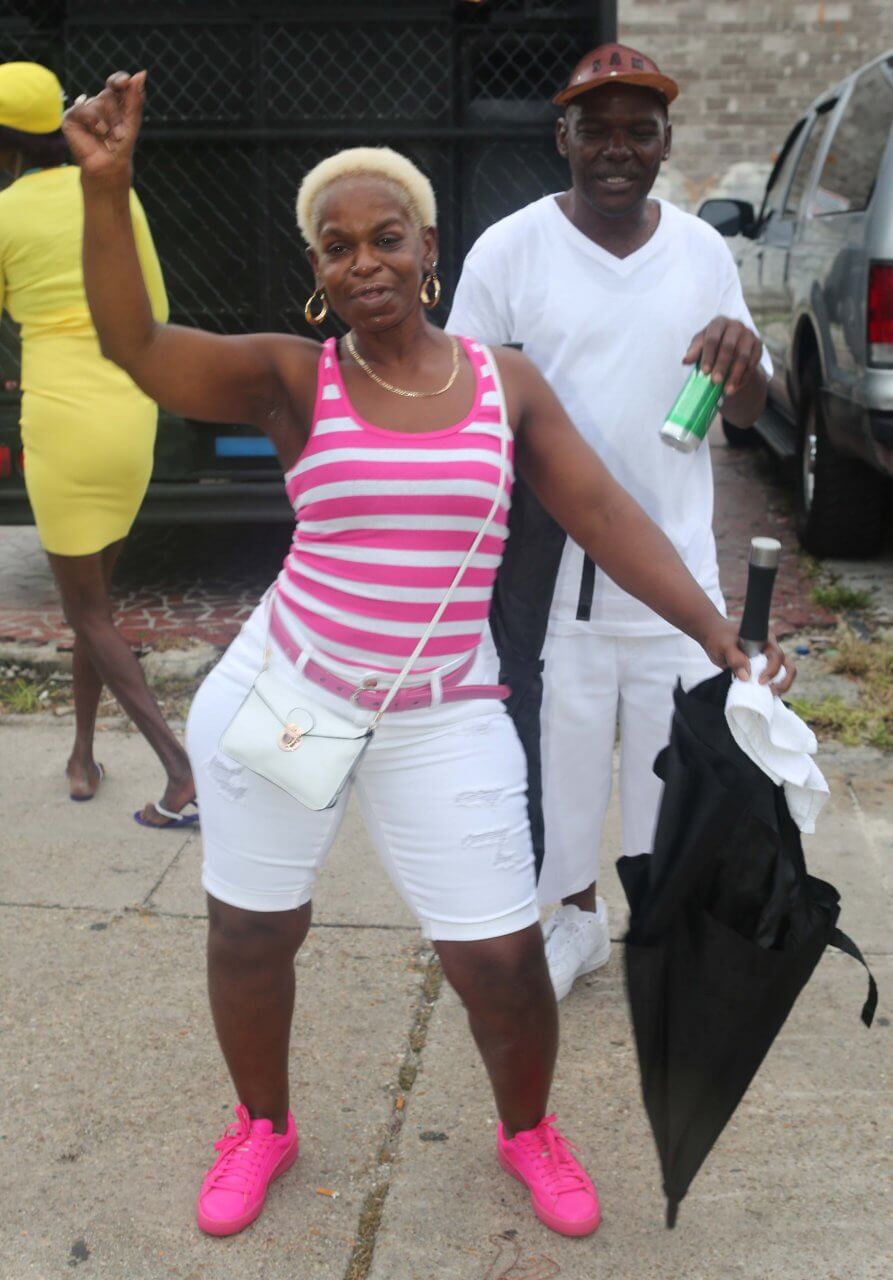 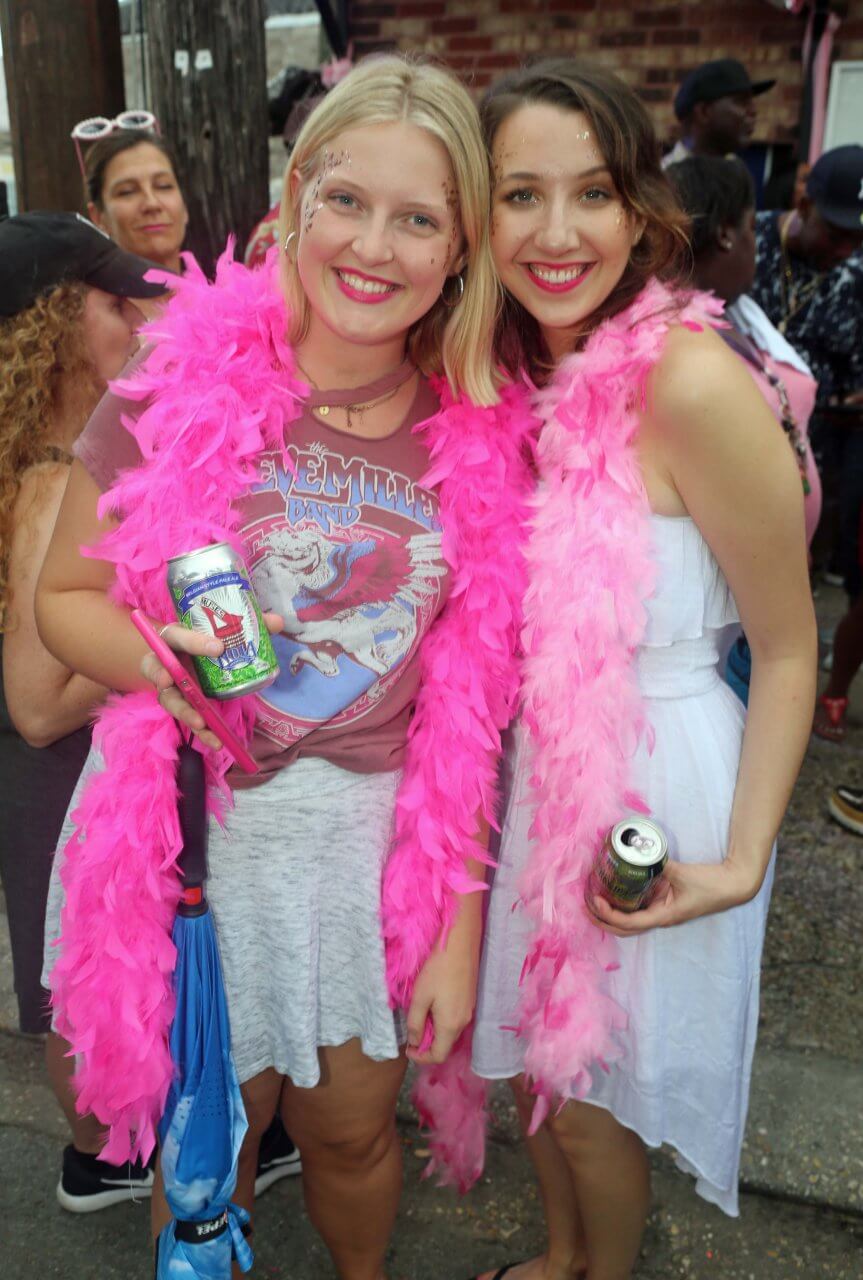 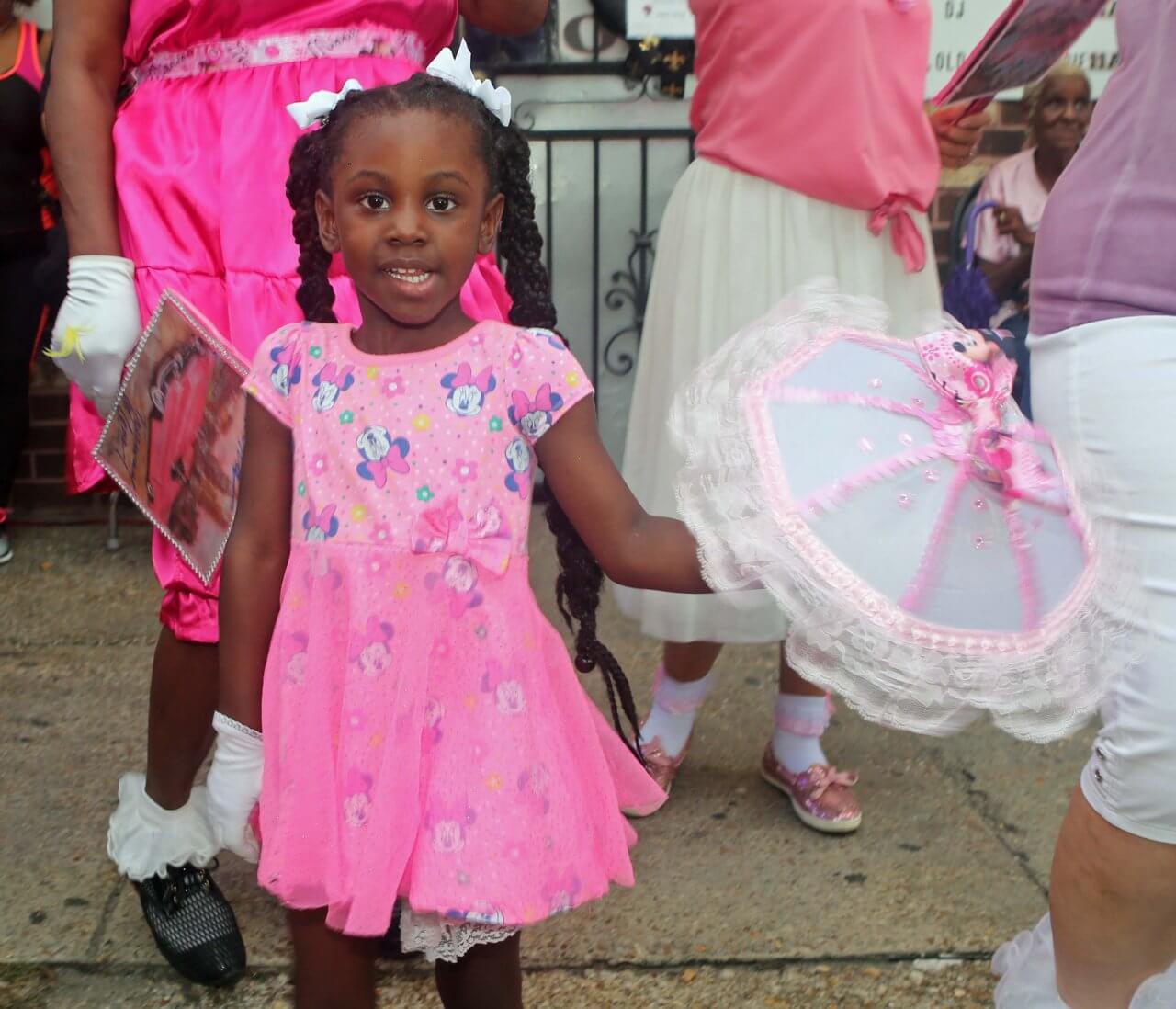 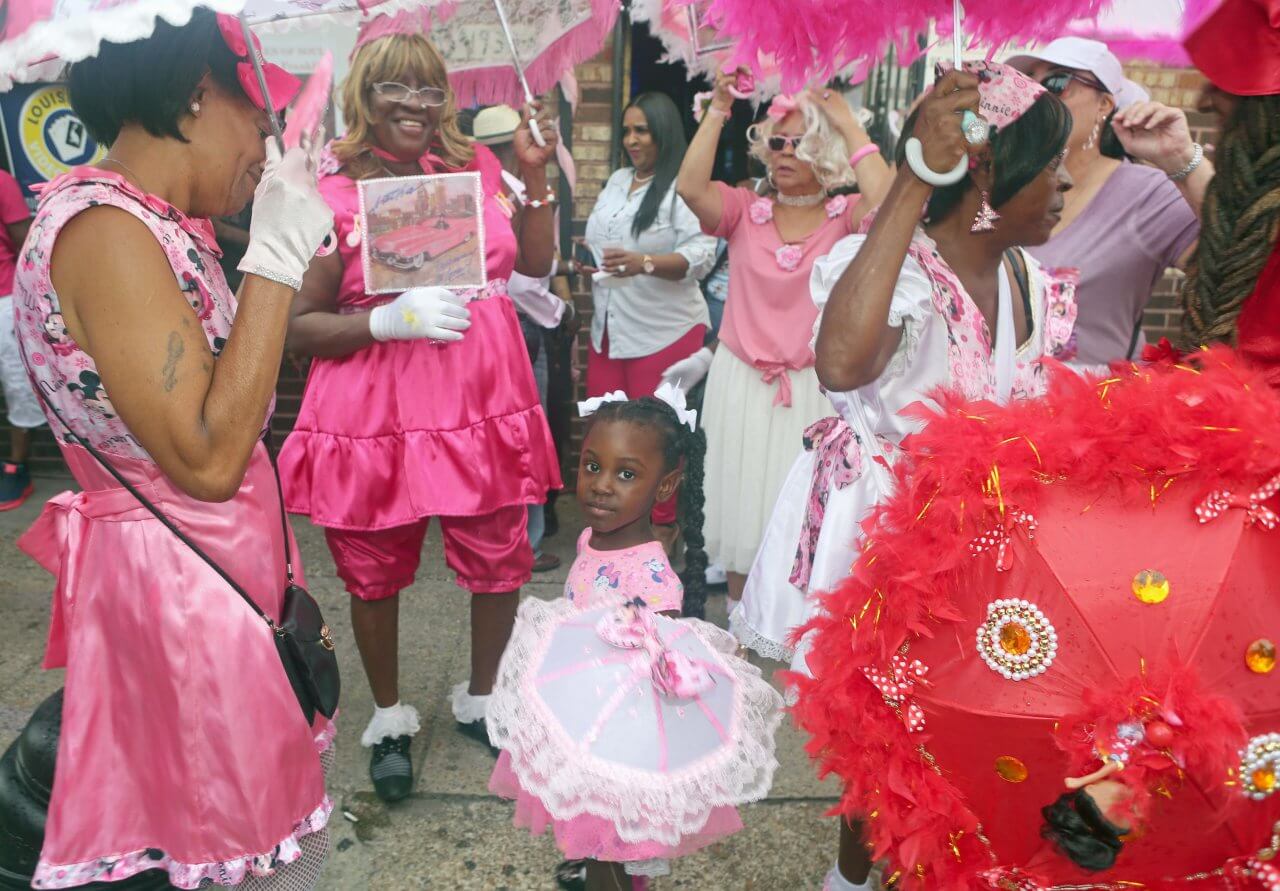 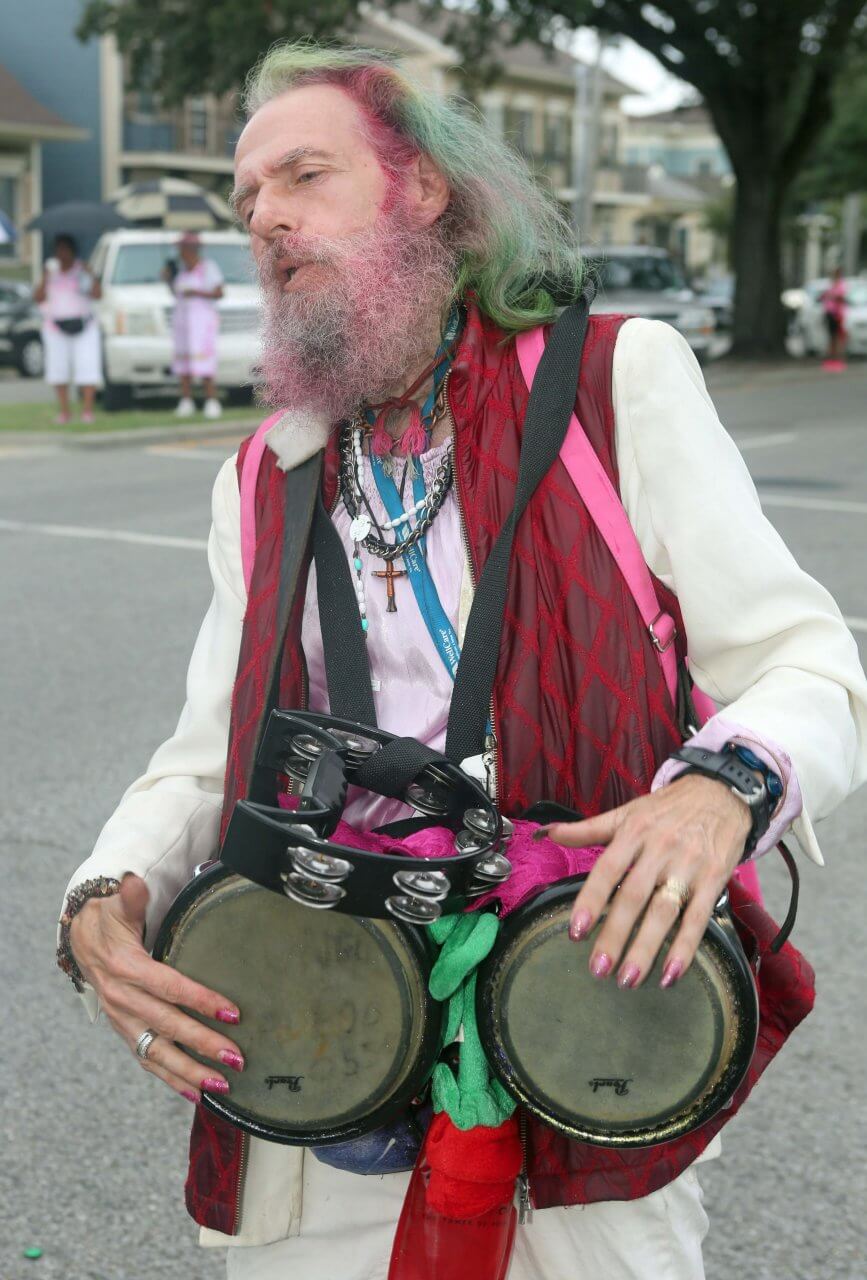 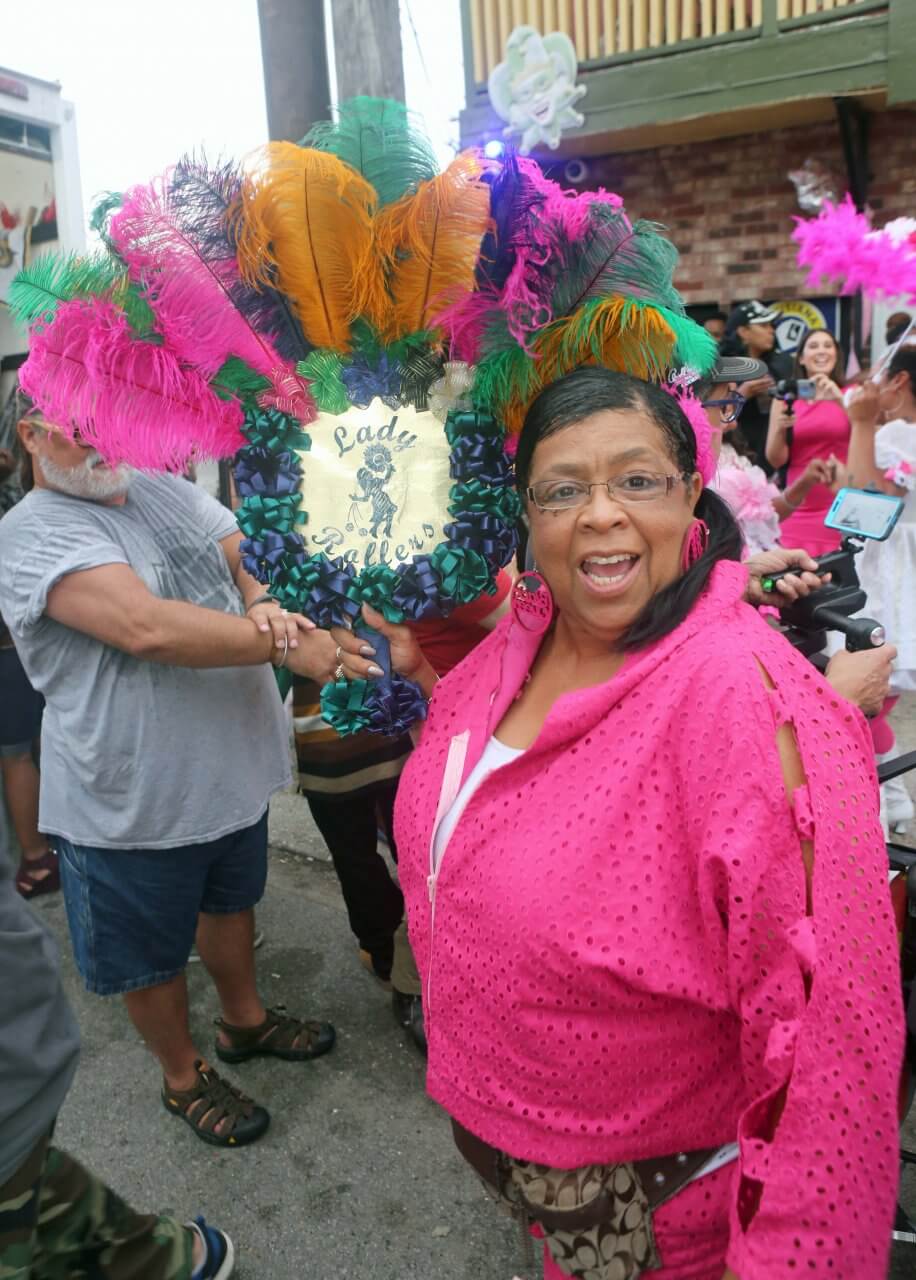 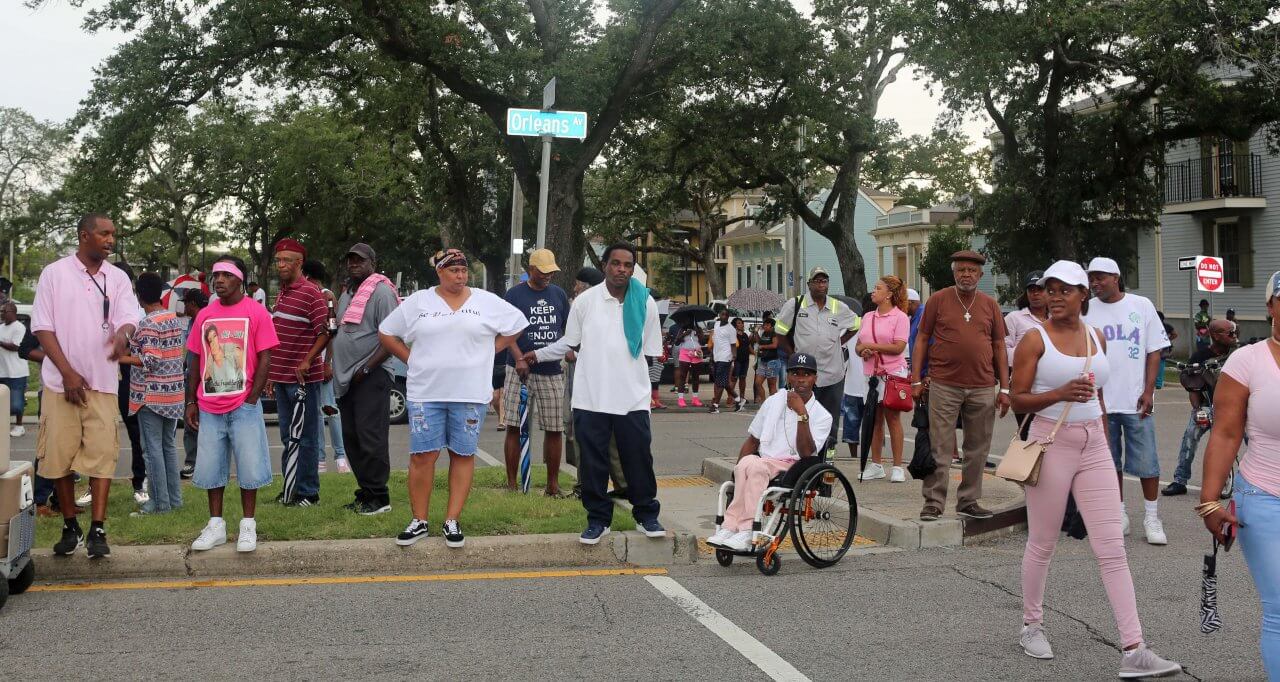 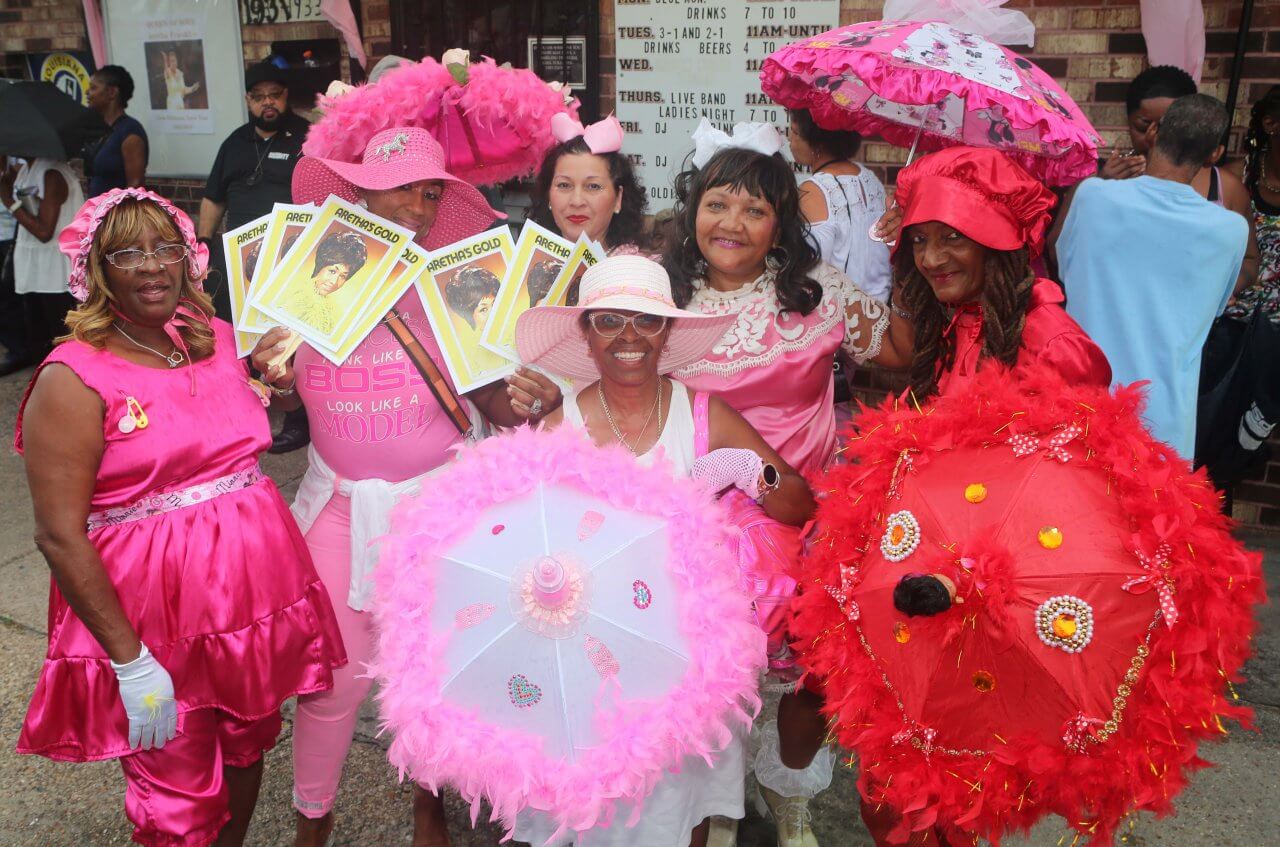 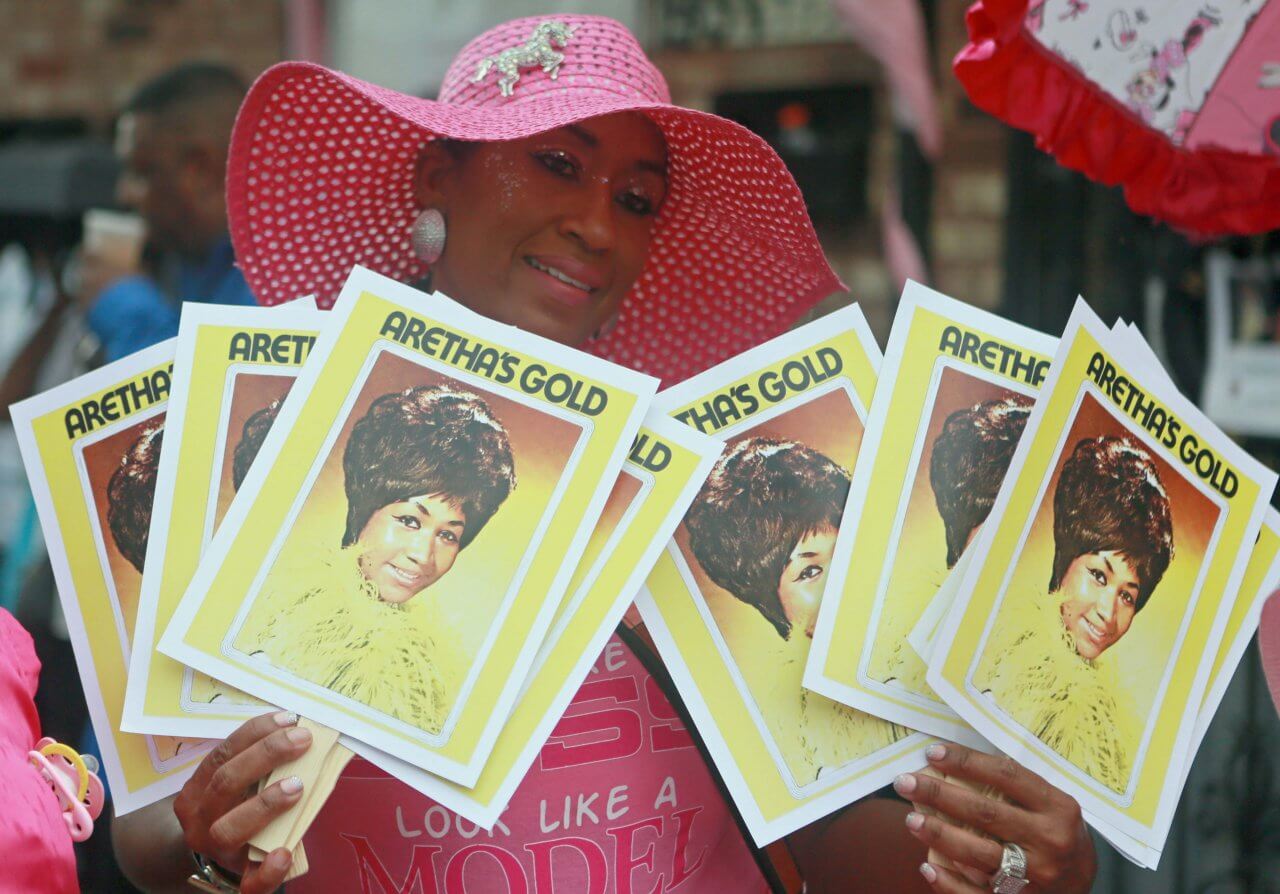 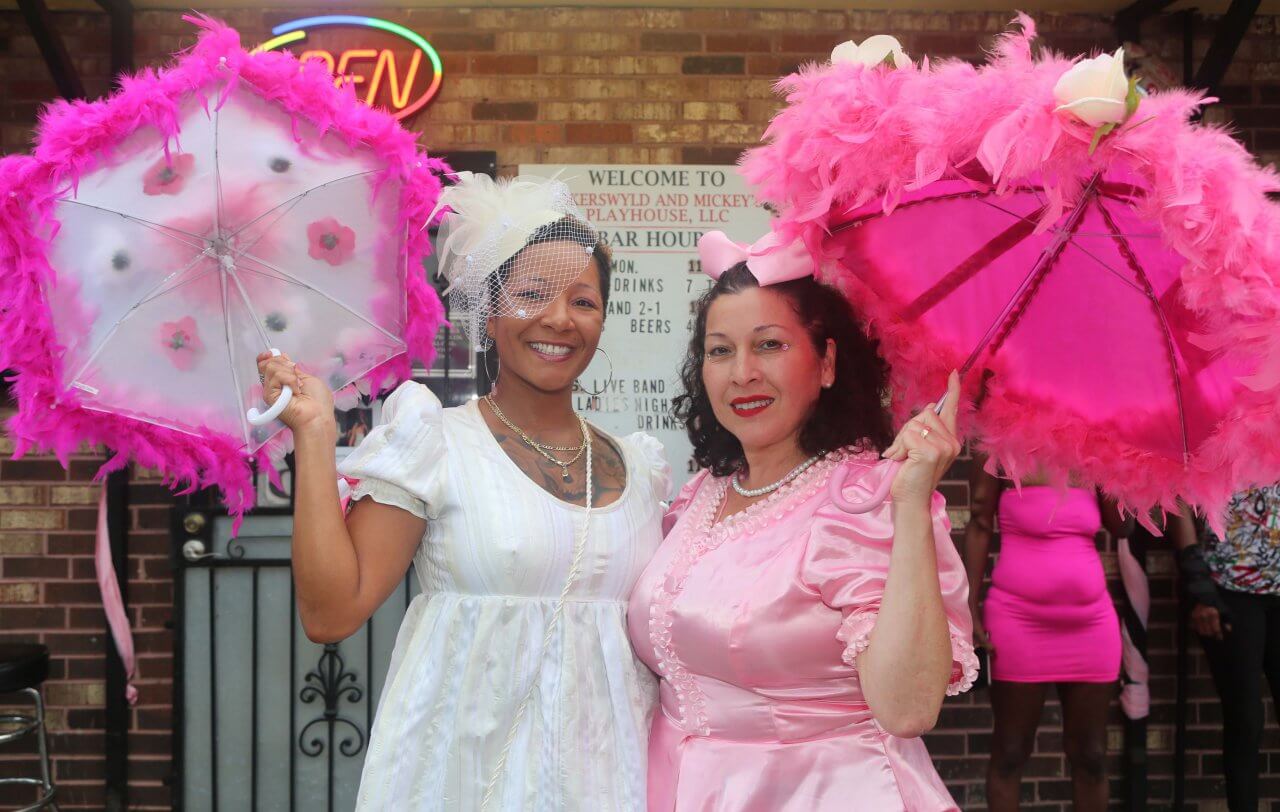 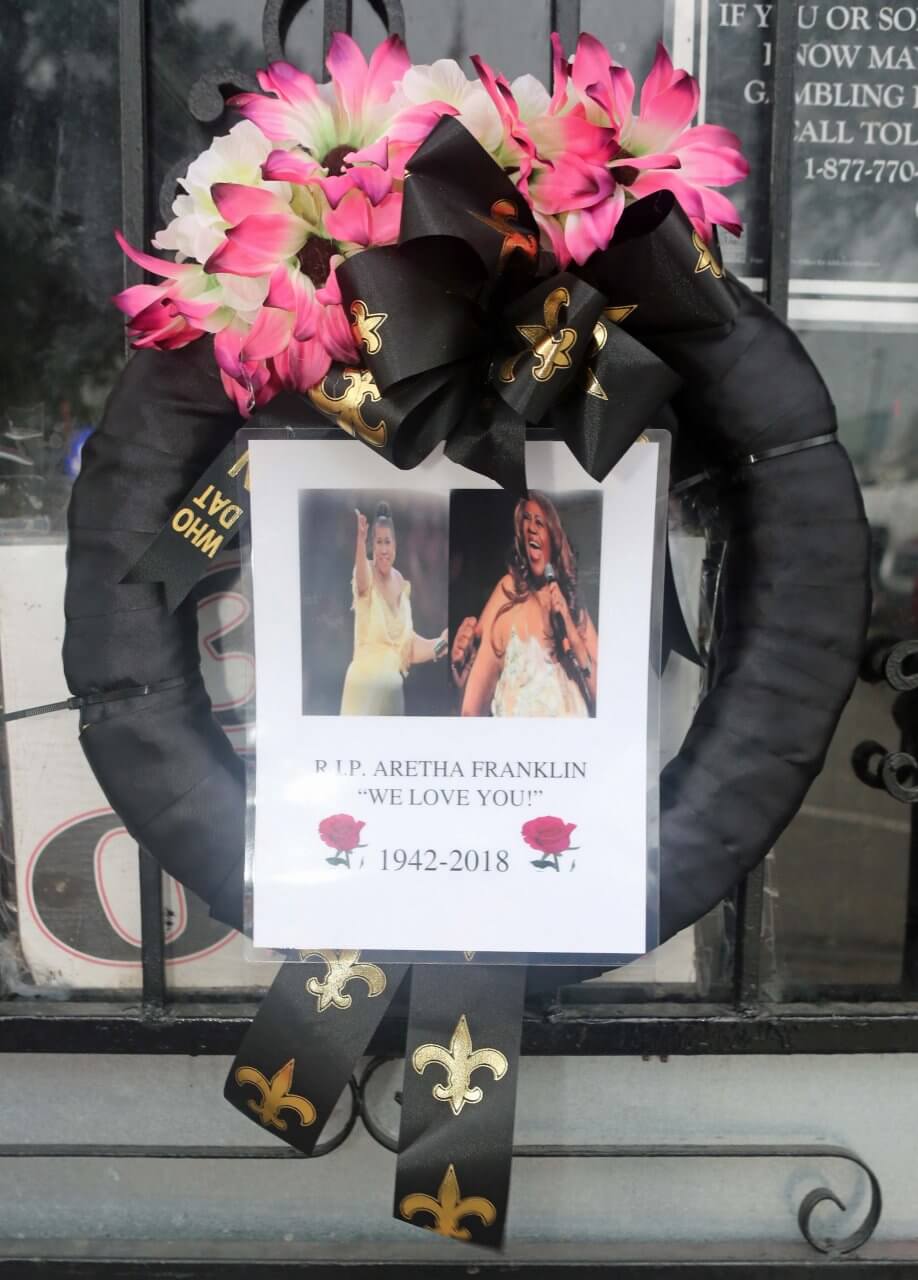 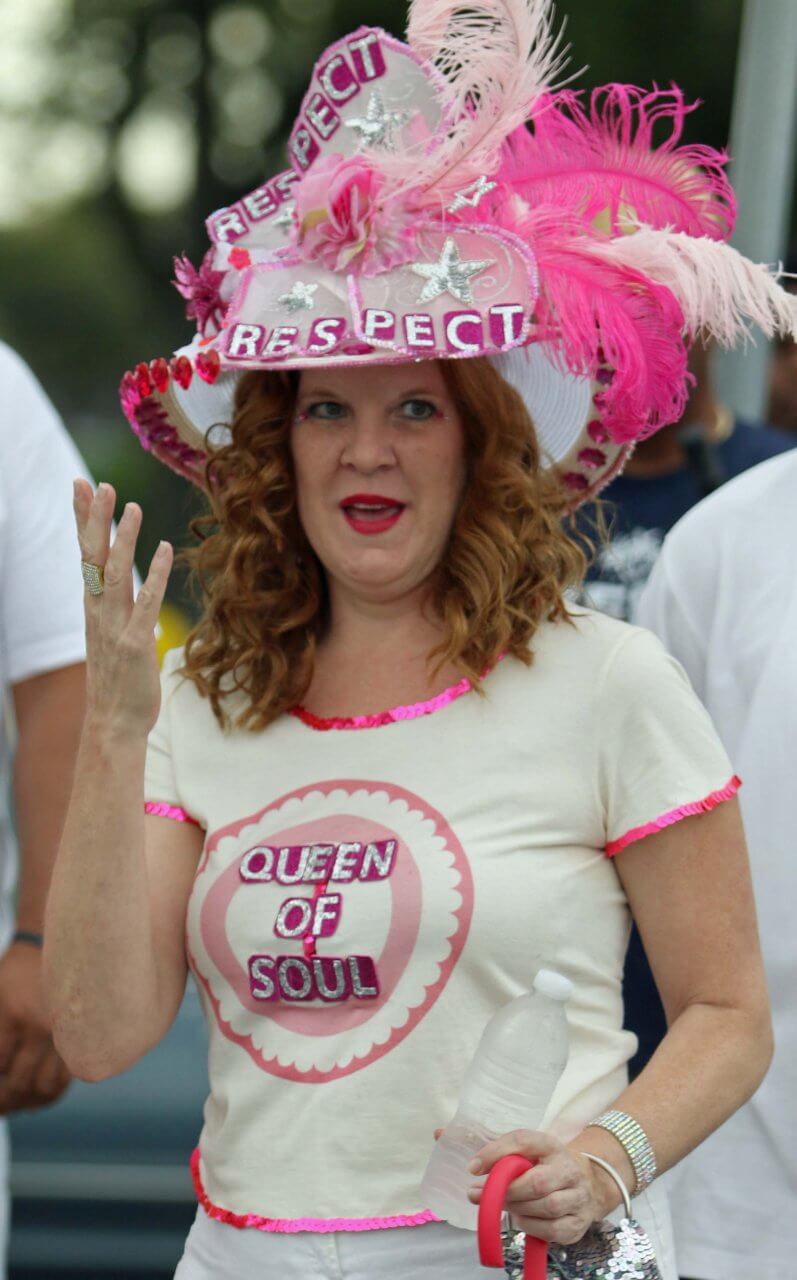 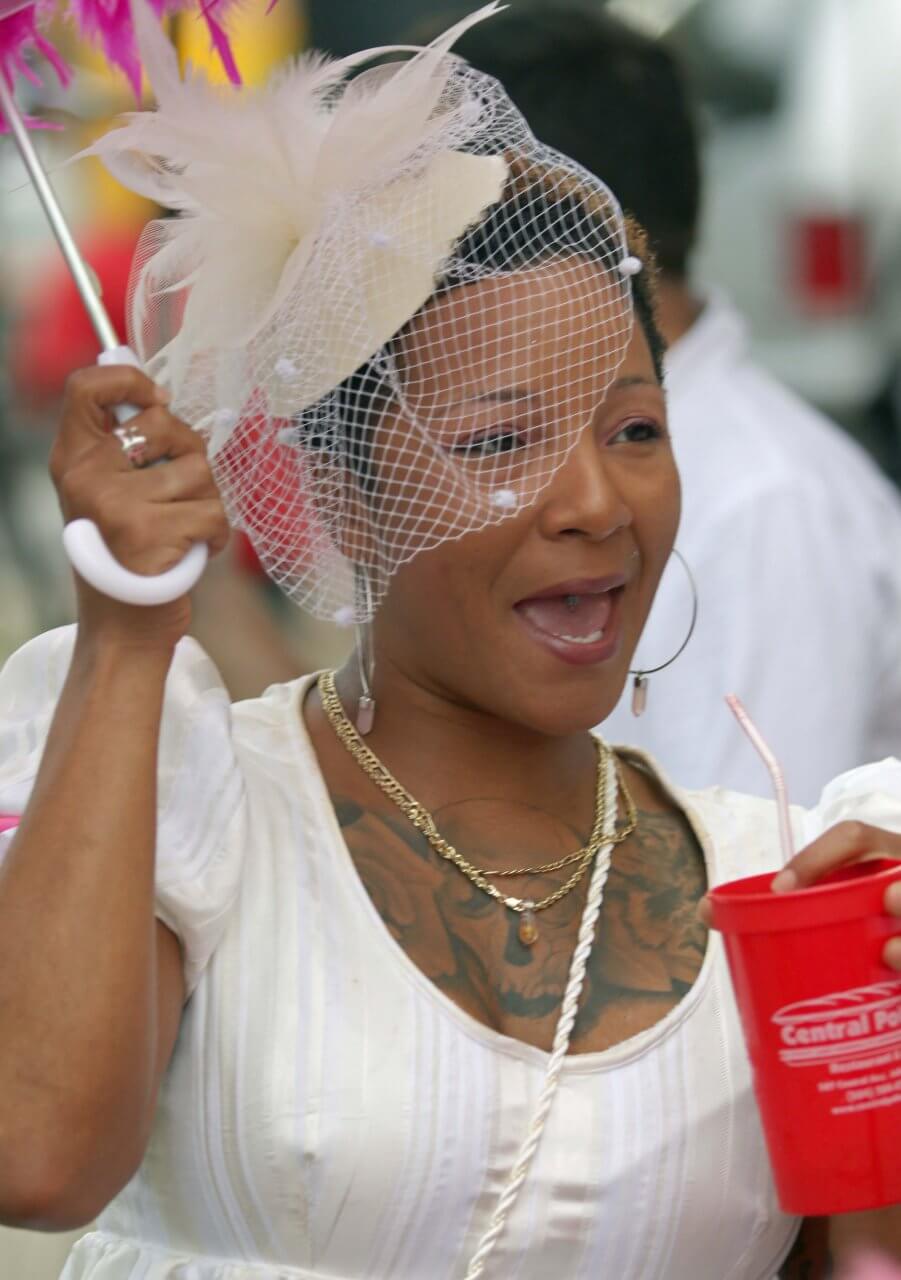 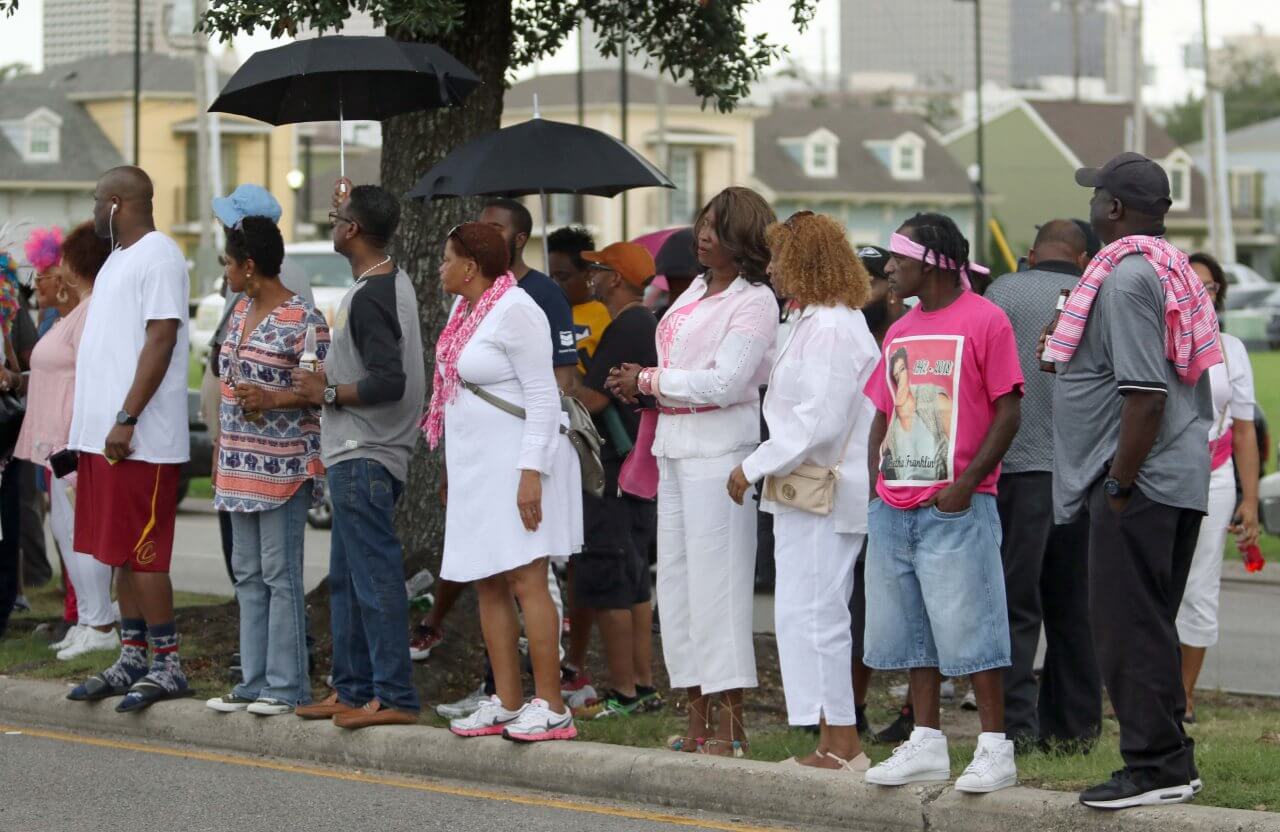 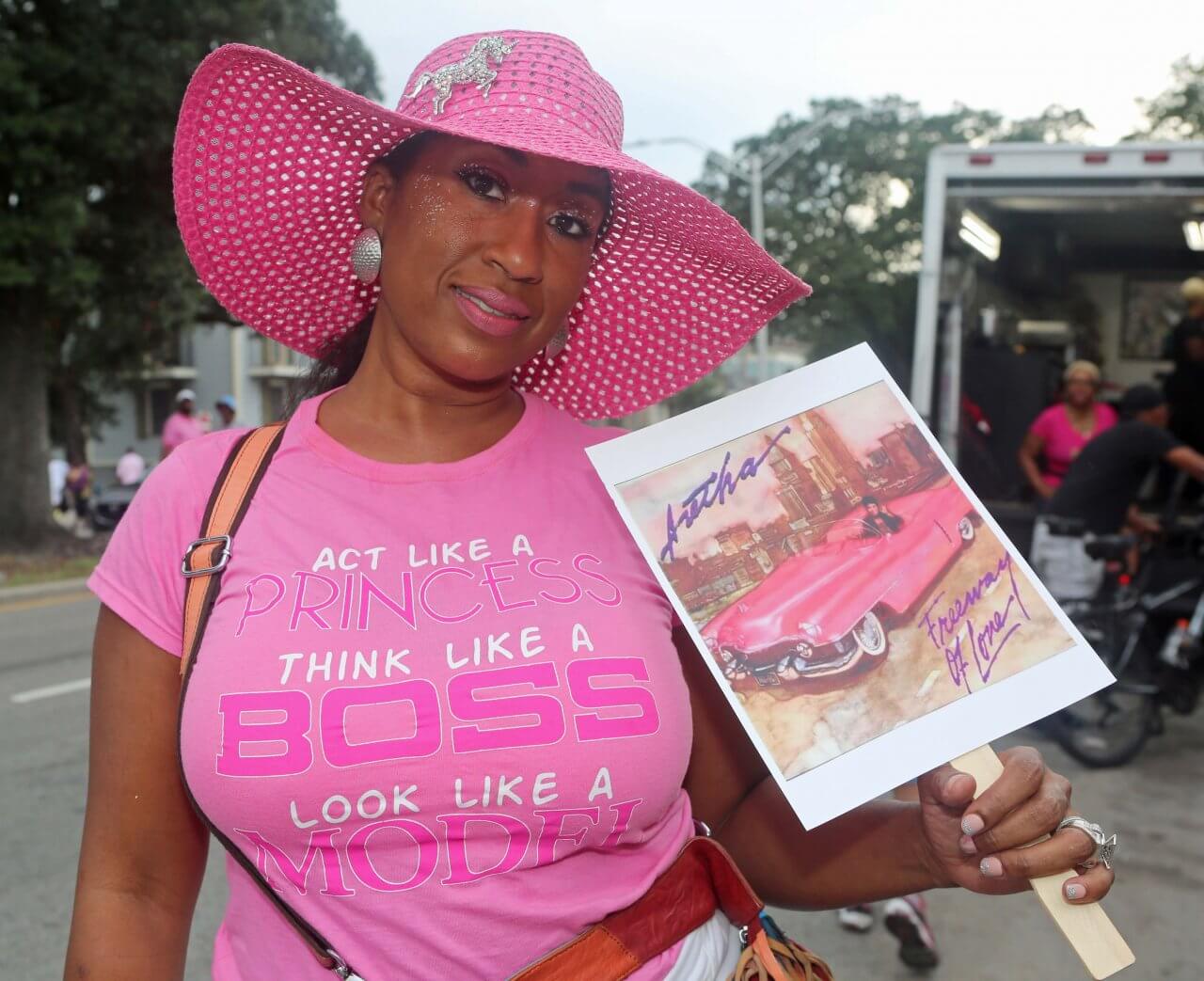 1 of 25
The dance troops perform inside of the Joker's Wyld and Mickey's Playhouse during a second line parade for the late singer Aretha Franklin in New Orleans on Monday, August 20, 2018. (Photo by Peter G. Forest)

Donning pink and white ensembles, custom made RIP Aretha Franklin shirts and shoes that we can walk and dance in, New Orleanians showed up (again) on Monday evening to honor the late Queen of Soul for an unofficial second-line parade on Monday evening. Franklin died on Thursday, Aug. 16.

Without a permit, the streets could not be closed for the second-line, but our city’s people celebrated Ms. Franklin’s life nonetheless.

About 300 people gathered near the JokersWyld venue on Orleans Avenue, and when the band started up, the Babydolls and musicians proceeded into the venue.

You know how the people of New Orleans do. Everyone united and danced together. Everyone played music together. (In fact, the musicians played for 24 and a half uninterrupted minutes, and I didn’t see a single Babydoll stop moving to the beat that entire time.) Everyone laughed and sang the words we all knew to the songs we will never forget.

Once the band did stop playing, the “first-line” moved outside and was guided across the street to a grassy area where they started up again. The dancing and singing continued, but the main action wound down close to 8 p.m., which is when another second-line for the Soul Queen was scheduled to begin in Mid-City, although it never did.

Because it’s New Orleans, and because we celebrate soul and have an abundance of it ourselves, there will be more tributes throughout the city to celebrate the woman who taught us to take care of TCB.

On Tuesday, Aug. 21, Tee Tee Aretha’s diva shade-throwing skills will be on full display at a drag tribute to “the queen of soul and shade.” The event called “Beautiful Gowns” references a viral clip of Ms. Franklin sharing her thoughts with a reporter about fellow female singers. When asked what came to mind when she thought of pop singer Taylor Swift, she responded, “Ohhhhkay. Great gowns, beautiful gowns.”