From the inside of a Gentilly home, Opulent Designs fashions showstopping custom costumes

Mardi Gras royalty is a sight to behold. Attend any krewe ball and the glam and glitz are undeniable.

This year, Opulent Designs did almost 30 different pieces for area krewes, along with putting out some of the most gorgeous collars ever to hit the streets during second line season, and it all comes out of a Gentilly home.

We interviewed designer Leron Nelson about the work it takes to give carnival its distinctive look.

How did you start off doing this?
“We are in our 10th year. We pretty much started home-based. I started off with my own Mardi Gras krewe. It was called the Krewe of Symphony and we would just do Mardi Gras balls. Everyone kept asking me if I knew how to do wire work. I didn’t know what it was in the beginning, but then I realized what they were asking. So, I broke down another collar and examined it, and then I figured out how to put it back through trial and error. As it grew, we eventually learned the method and the mathematics behind it.
Eventually, I met this guy who started working for my godmother, and he was a Zulu Duke. He allowed me to do his headpieces for himself and his ladies. And after that he allowed me to do his costume. After that he allowed me to do the entire costume: headpiece, collar, costume, everything.
In 2015, I was the first king of Athena, an all-female African-American krewe which started in Metairie. When I did my own piece, after that it went from 50-100 overnight. It’s been good, some tough times, but nothing a normal business hasn’t gone through.”

How long does it take to make one of these collars?
“I would say about three weeks, but that’s with several hands. Sometimes it can be quicker than that but to have the perfect piece, I would say three to four weeks. Right now we staff seven people, and sometimes I have my friends that come in. If I need help, I can always call for it.”

How many collars do you think you’ve done this season?
“This Mardi Gras season I can tell you we’ve done almost 30 pieces. Most groups have a male and a female, so most of the time you’re doing two. But Krewes like Athena, I do six total. There’s a group in Natchez, Mississippi, I do six for them as well.”

It seems like this is an all-year thing.
“At first, it started off as just Mardi Gras season, but now it pretty much flows throughout the year. After Mardi Gras season, in the next two or three weeks, there’s a second line, there’s Temple’s Preschool that has a coronation, then it’s back to second lines. Then after that, it’s Carnival season all over again. Some krewes come back as soon as the season is over, so you’re back to getting things together for next season. Then it’s homecoming season, then after that it’s Christmas, but then it’s Mardi Gras again for me — there is no more Christmas.”

Now, people are even putting lights in their collars. Every time I see one, it’s more fabulous.
“Mr. Fisher was one of the ones I did that for because his party is the last and he is the Big Shot, so I said, ‘Let’s do something totally different.’ I did lights for Athena, that’s what I’m trying to do to move it on. Everybody is familiar with a collar and everybody wants to wear a collar. You have to figure out how to make it better than the last time.”

What do you think New Orleans gives to your designs?
“The city gives you everything. Without the city, this business wouldn’t flourish the way it does, the second lines, with Mardi Gras. It helps me see which way we can go now, what are the people talking about now? The costume itself is New Orleans, you don’t go anywhere else and see these costumes. People elsewhere, they see them and they appreciate them, but not the way people from the city do. The price that they pay for them, people here, for them that’s nothing. But when you tell people other places the price, they’re like, ‘WHAT?! All that for a day?!’ So that’s why I have to really appreciate this city for our culture that makes me able to stay in business.” 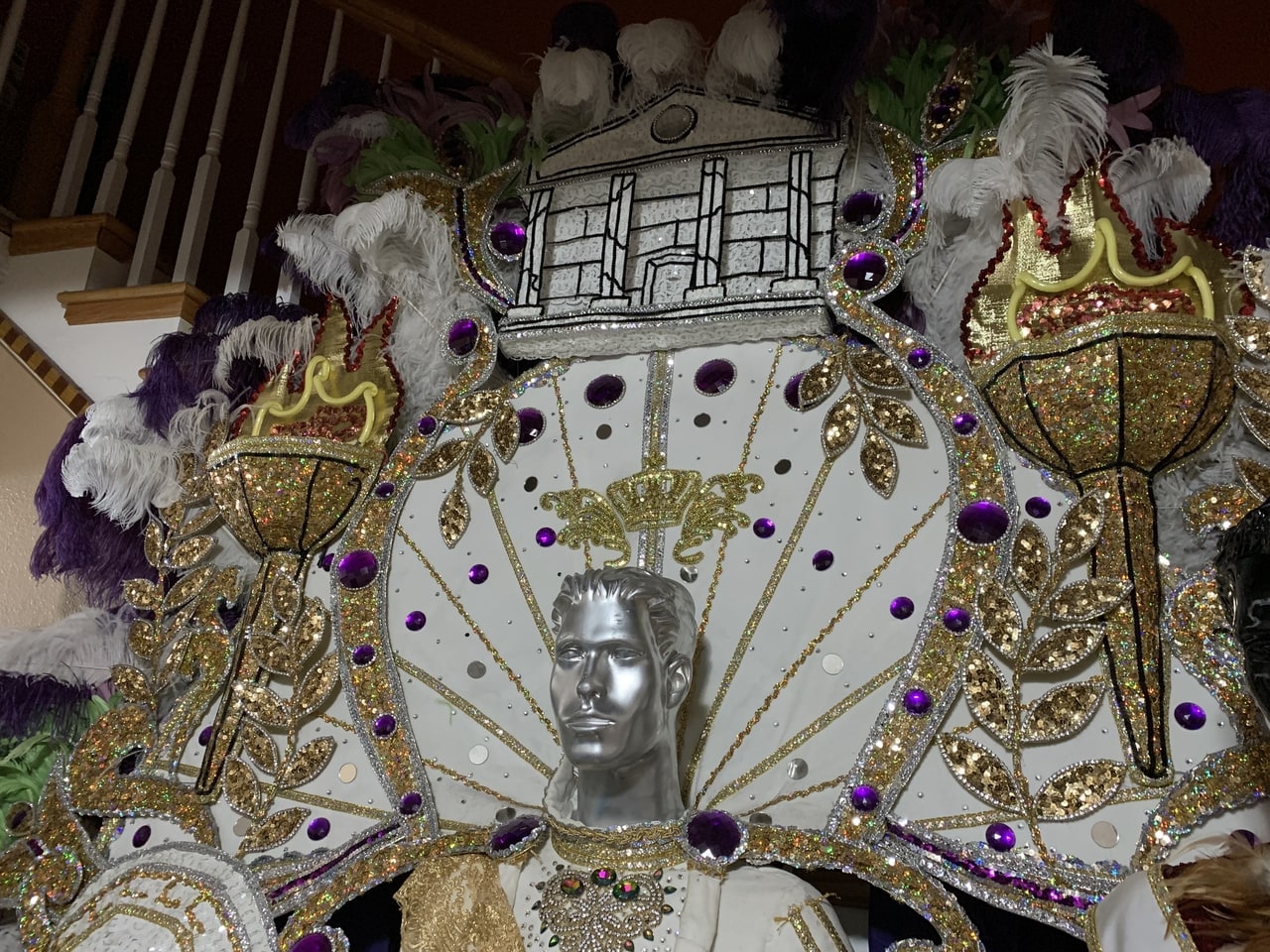 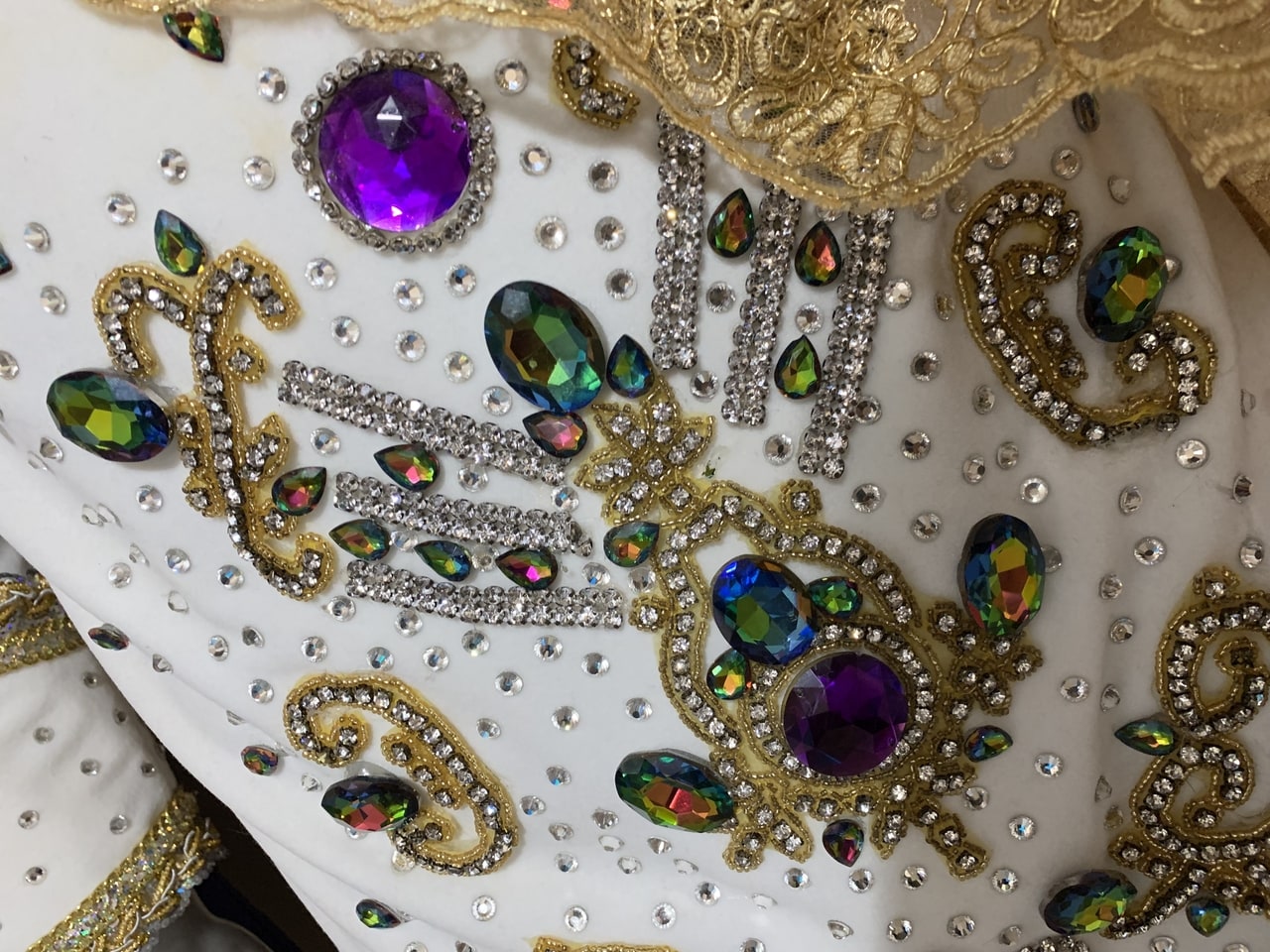 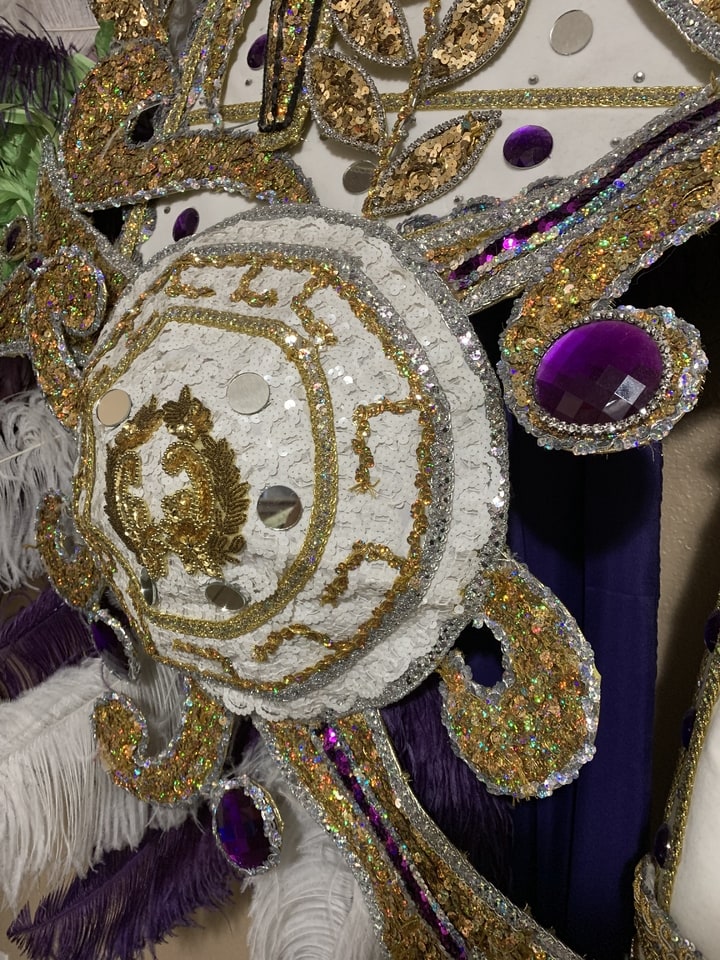 What’s next for Opulent Designs?
“Right now I’m definitely trying to get some of these out of town krewes like in D.C., Dallas, California. Now we’ve done some things that we can put in the mail, but I’m trying to get them to this level.”

No car? No plan? What to do if a hurricane comes our way

Sure, we make fun of staying for hurricanes and throwing parties with our families while we’re off from school and work, but in all seriousness, it’s only a matter of...

Street flooded? Here's how to check if your catch basin is clean, and how to DIY

Spring is here, and you know what that means: random street flooding.

Get Outta Town: a spooky corn maze just two hours away from NOLA

Pine Grove is about an hour and a half from New Orleans in Livingston Parish, along a route that really makes it worth the journey. In the daytime it's not...