This secret doorbell in the Bywater will result in delicious popsicles

Published on Thursday, May 14th, 2020
by Marielle Songy

In the heart of the Bywater, on a warm spring day, I was walking down the street when I spotted something magical. At 3510 Royal St., there’s a colorful door decorated with chalk-drawn popsicles and a sign that read “Popsicle Doorbell”. I was intrigued, so I rang the bell. Out popped Jesse Reilly, owner of Big O’s Original Pops and the creator of this funky little doorbell that delivers cold, sweet treats on hot days. It’s an unusual concept, so I wanted to learn all about how Big O’s Pops and the doorbell came to be.

Reilly, who originally hails from the Little Rock area and moved to New Orleans eight years ago, had been working in advertising for 15 years when he knew there was something else he wanted to do with his life. Inspired by King of Pops, a popsicle shop right outside of Atlanta, he decided to create unique popsicles and share them with his neighbors.

Making popsicles was an easy decision. Reilly’s wife is a busy pediatrician and he wanted a job that would allow him to connect with his three kids — all under 5 years old.

“Part of my motivation was spending more time with my kids. I needed to do something that would still allow me to be a good dad,” he said.

Big O’s Original Pops was launched last summer and has been a hit ever since. Reilly has pedaled his tasty treats all over the Bywater at Crescent Park and Markey Park and he’s sold at festivals and on Frenchmen Street. For easier transport and selling, Reilly enlisted the help of craftsman Mike Weber to build a tricycle that could hold a cooler, so that he could pedal his pops all over town.

Reilly wanted to offer dessert in the Bywater specifically because he sees it as an area that’s lacking in that department. He started simple and made the pops the old fashioned way until he was able to upgrade to a more sophisticated setup.

“There really weren’t other dessert places in the Bywater, so I wanted to fill the void,” he said. “I started making pops in a cheap popsicle mold, but now I have a professional machine that freezes them quickly.”

Reilly does his best to make his pops with local produce and keeps the flavors rotating and innovative, all while supporting local businesses. He recently worked with Isabelle’s Orange Orchard, in Algiers, who provided him with blood oranges for blood orange pops. Some of Big O’s other specialties include such fresh flavored pops as watermelon basil lemonade, rosemary lemonade and cookies and cream — which are made with big chunks of cookie for a good bite. Reilly said that he’s always open to ideas and up for a challenge- coming up with new popsicle flavors is part of the fun.

As for that nifty doorbell, the idea actually came to Reilly in February. He wanted a way to sell Big O’s Pops while taking care of his kids. 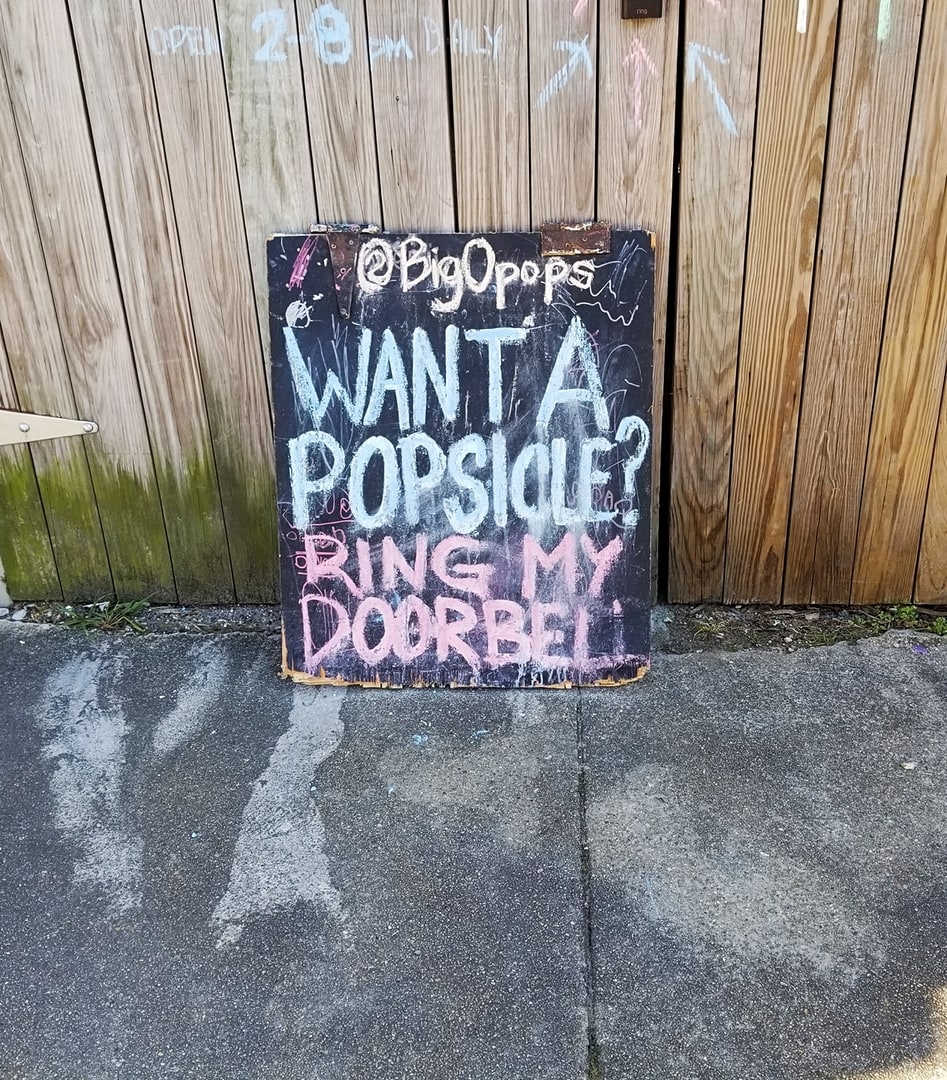 “The doorbell idea really came out of convenience and then COVID happened; it became a way to sell pops while practicing social distancing,” he said.

Neighbors make good use of the doorbell, stopping to ring it for something refreshing while enjoying an afternoon walk or bike ride. Customers can easily pay through Venmo, and the pops come wrapped.

Reilly hopes to soon be able to get back to selling his popsicles all over the city and, once again, provide pops for parties and special events. He also has plans for a brick and mortar location near St. Roch Market, tentatively scheduled for a July open.

When I stopped by, I couldn’t wait to ring the bell and try some of these cool concoctions for myself. The menu has flavors such as strawberry and cream, blackberry and cream, rosemary lemonade, papaya and mango and many more. At only $3 apiece, it’s easy to try more than one flavor, so I decided to treat myself to a blueberry, mango and cream pop and a watermelon basil lemonade pop. 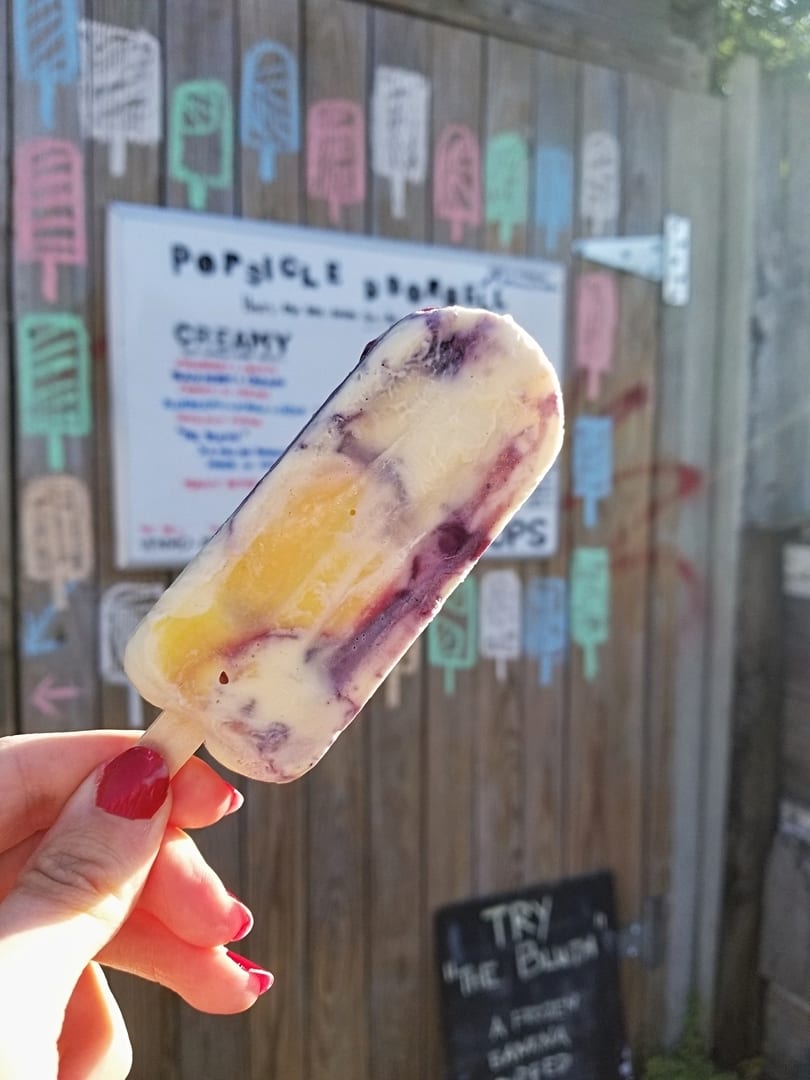 The blueberry, mango and cream was delicious and tasted just like ice cream! I love that Big O’s has a nice variety of cream pops, in case you’re in the mood for something on the rich side. The watermelon basil lemonade pop was crisp and delightful and made for the perfect refresher on a sunny afternoon.

With so many snowball stands in town, Big O’s Original Pops is offering something a little different. If you want a delicious treat, just ring the bell!

Feck’s songs sound akin to our quarantine current situation: manic outbursts of energy being let out into empty rooms because it and you have nowhere else to go. The movement,...

How a local artist is paying homage to Black New Orleans

Jacq Francoi$ is a local artist who pays homage to Black New Orleans culture with his limited runs of highly-collectible and buzzworthy art pieces.