If you missed the Mardi Gras Indians last week, here’s your chance to catch them.

So, what is Super Sunday, really?

In other cities, it means that big game at the end of the NFL football season (you know, the one we were supposed to play in this year).

But to New Orleanians, it means a chance to see the Mardi Gras Indians again.

Technically, there are three “Super Sundays,” but the largest is Uptown Super Sunday. The other two happen downtown and on the Westbank.

Aside from Mardi Gras, Super Sunday and St. Joseph’s Night are the most significant days for the Mardi Gras Indians.

First off, make sure you wear comfortable shoes because you’re going to be on your feet the whole time you’re out there. You should probably bring water too. The traditional procession starts at noon, and it gets hot fast. Click here for more information on the route.

The epicenter for Super Sunday, held on March 17 this year, is A.L. Davis Park. The closer you are to the park, the more people you’ll be in the middle of. If you’re afraid to lose something, don’t bring it. Lots of people bring cameras, but the best advice is to keep it around your neck, or as close to you as possible. Don’t bring big purses or book sacks, because those can get cumbersome, especially in a large crowd.

If you’re planning on bringing kids, the park area is probably your best bet. They’ll have music, spacewalks and a snowball truck is usually out.

There are plenty of food and drink vendors too, so you’ll want to bring cash. Read as bring cash, NOT your whole wallet.

When you see the Indians, don’t walk between them. If one of them is telling you to “make way” because “the Big Chief is coming,” that means you should move, and move quickly. If you want to take pictures with them, it’s polite to ask (and not in the middle of the Indians meeting or a ritual). You’ll also want to make sure your phone is fully charged or you have a portable charger with you to get the good shots.

If you don’t want to be around as many people but still want to see the Indians, a good place to catch them is on Martin Luther King Jr. Boulevard between Simon Bolivar and Jackson avenues, or South Claiborne Avenue. 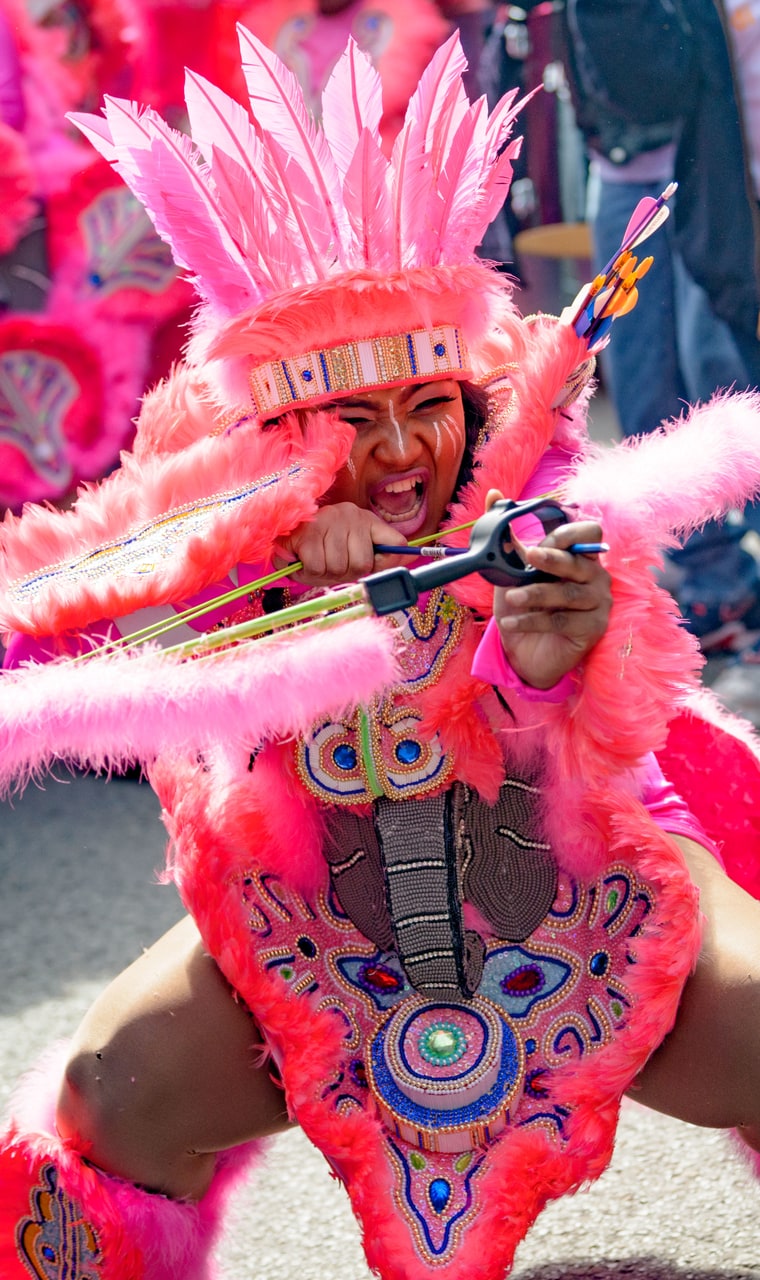 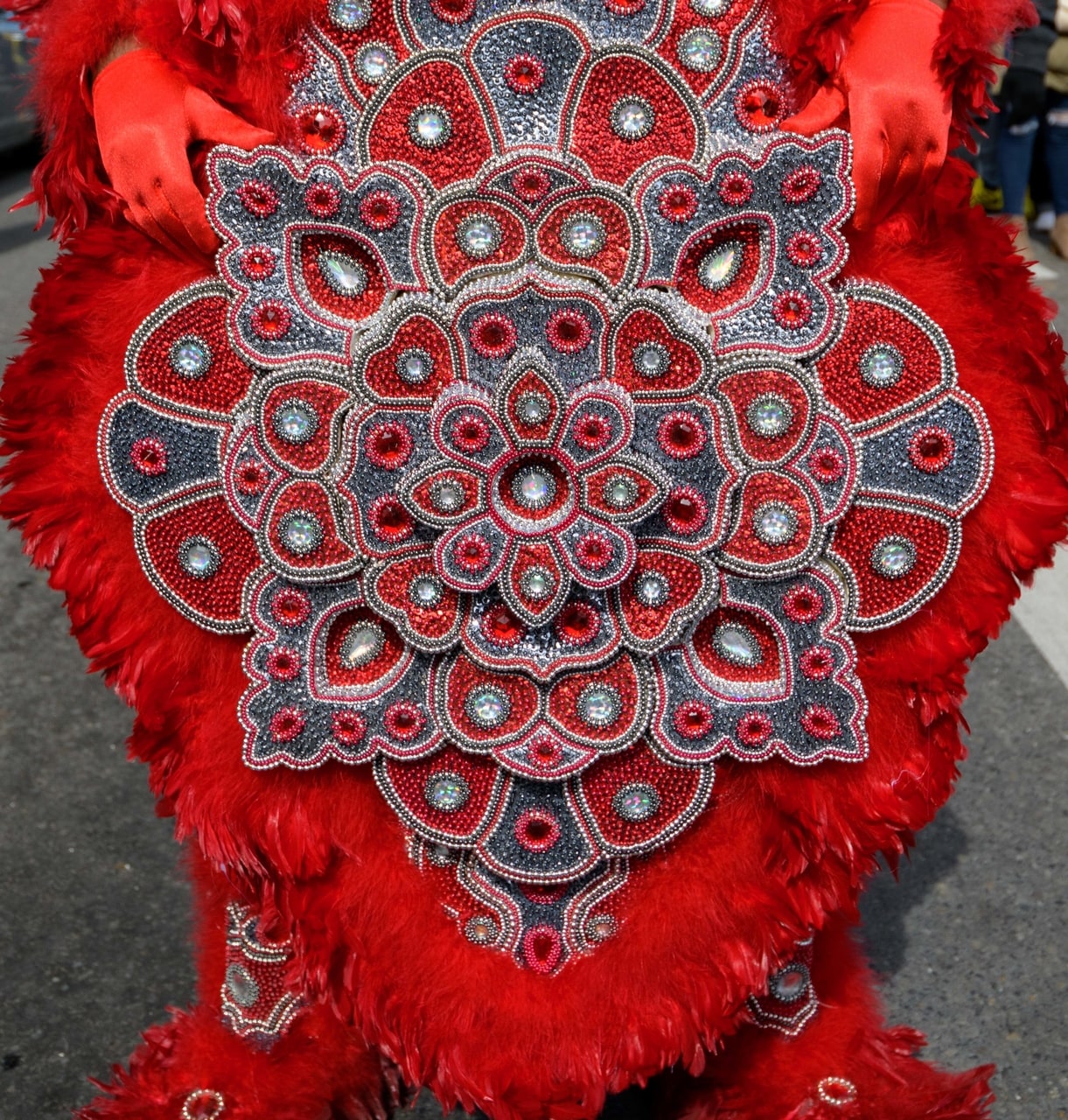 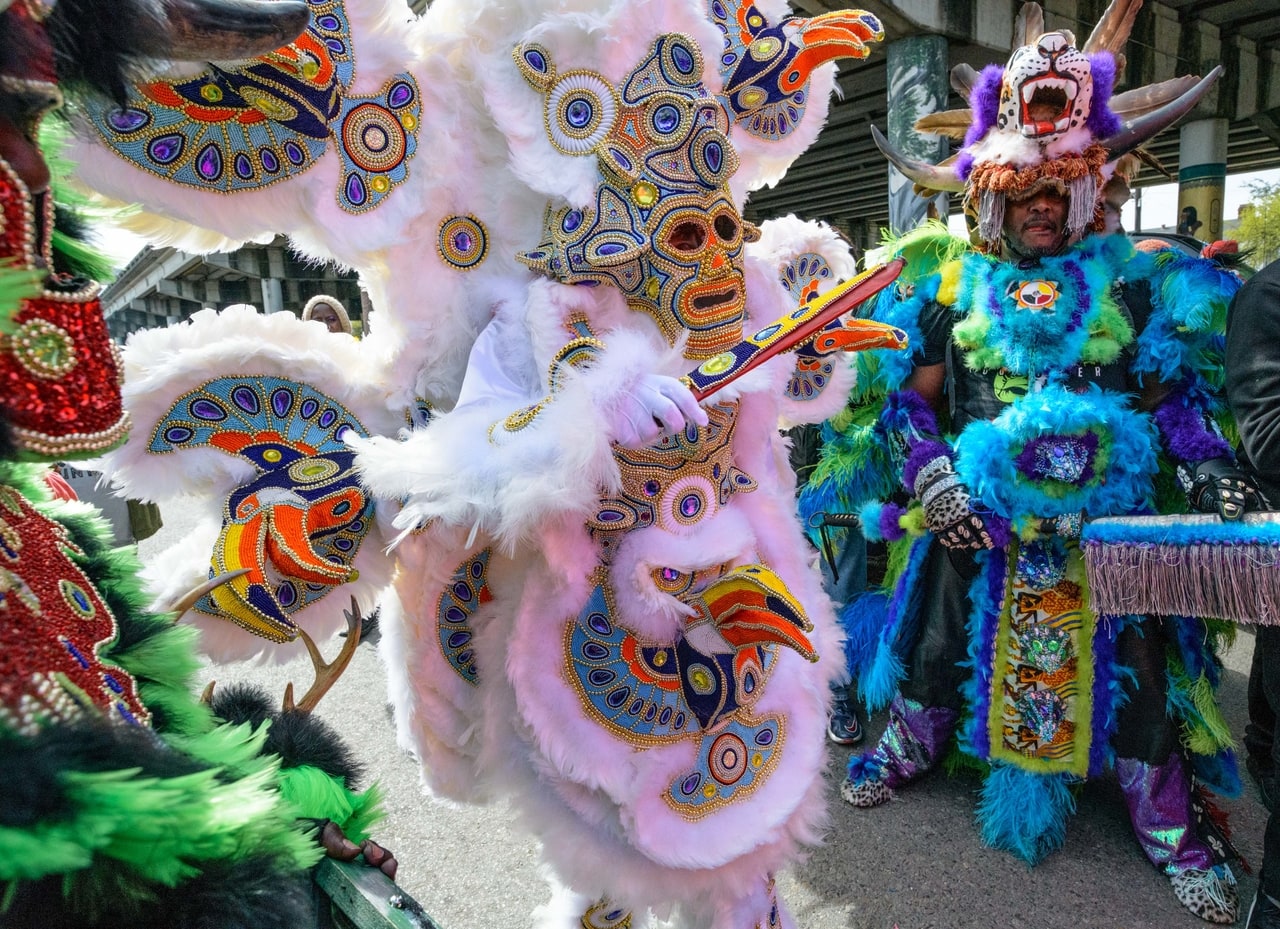 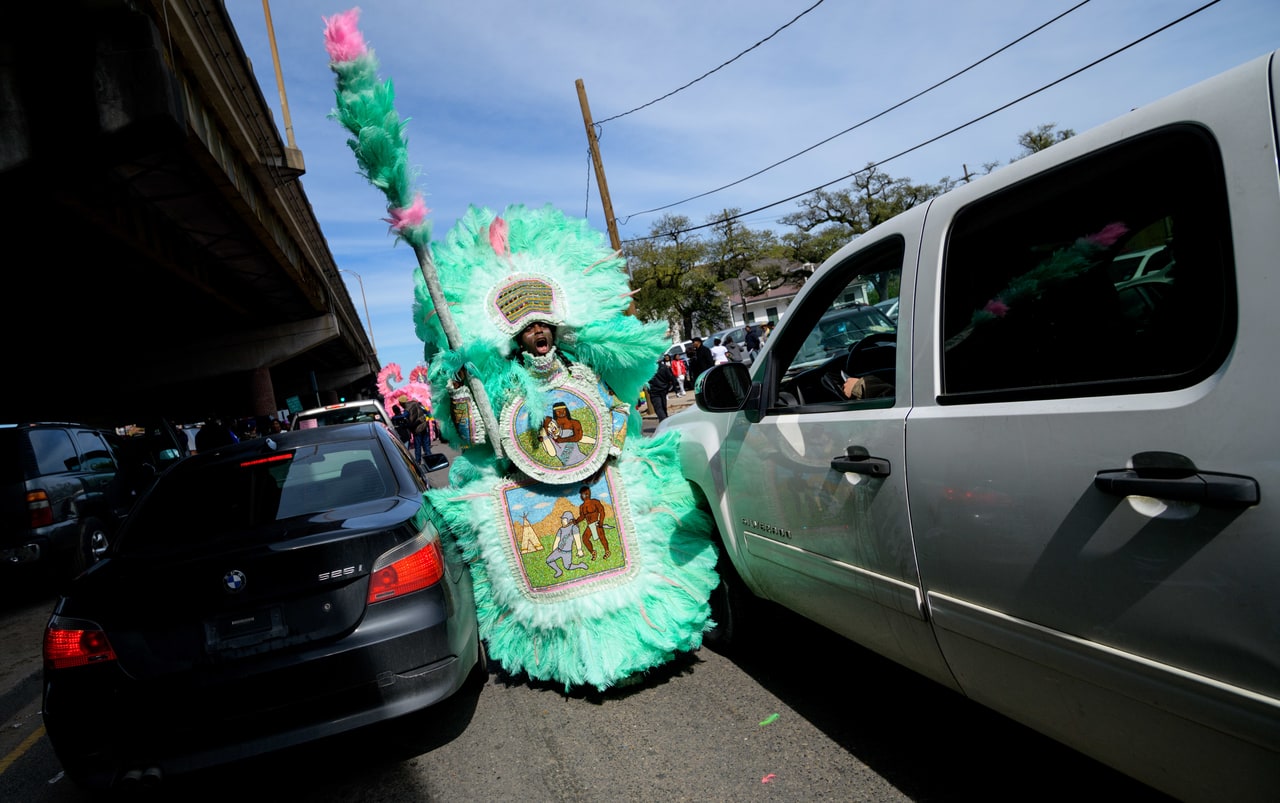 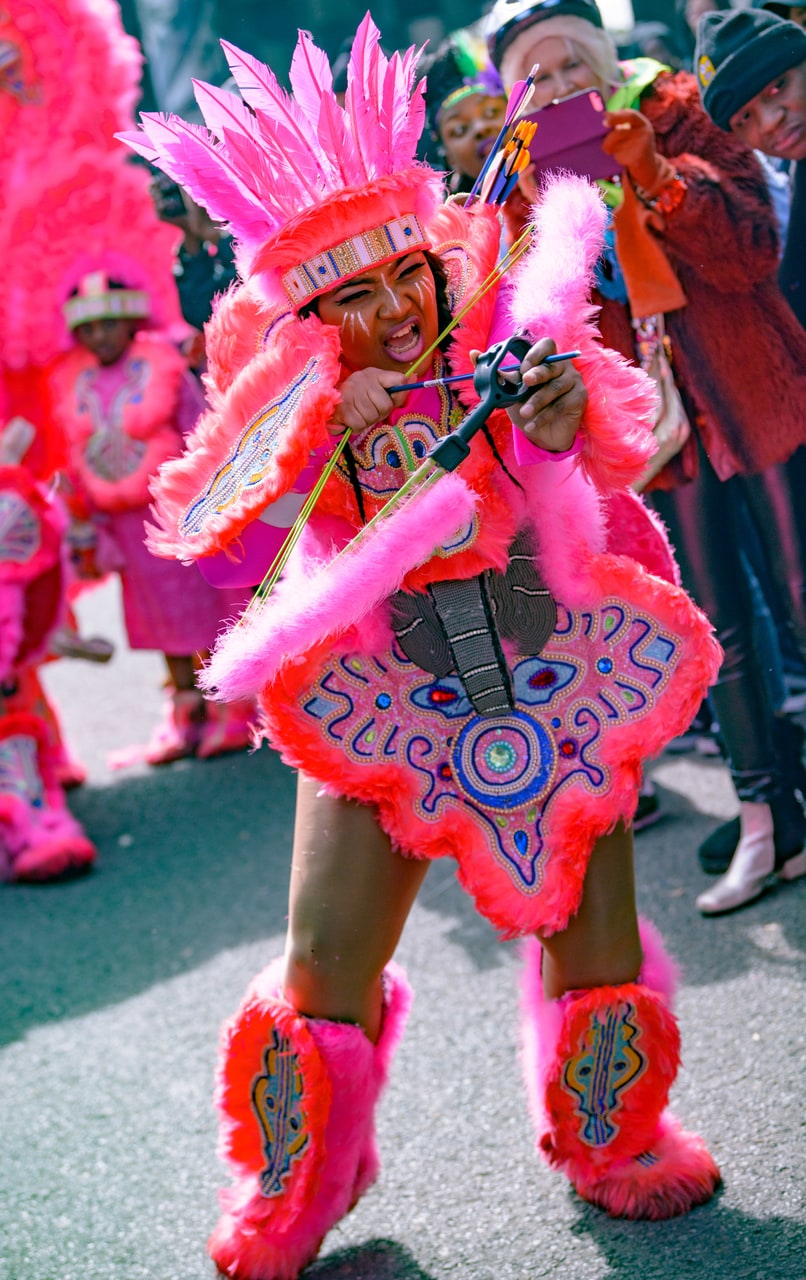 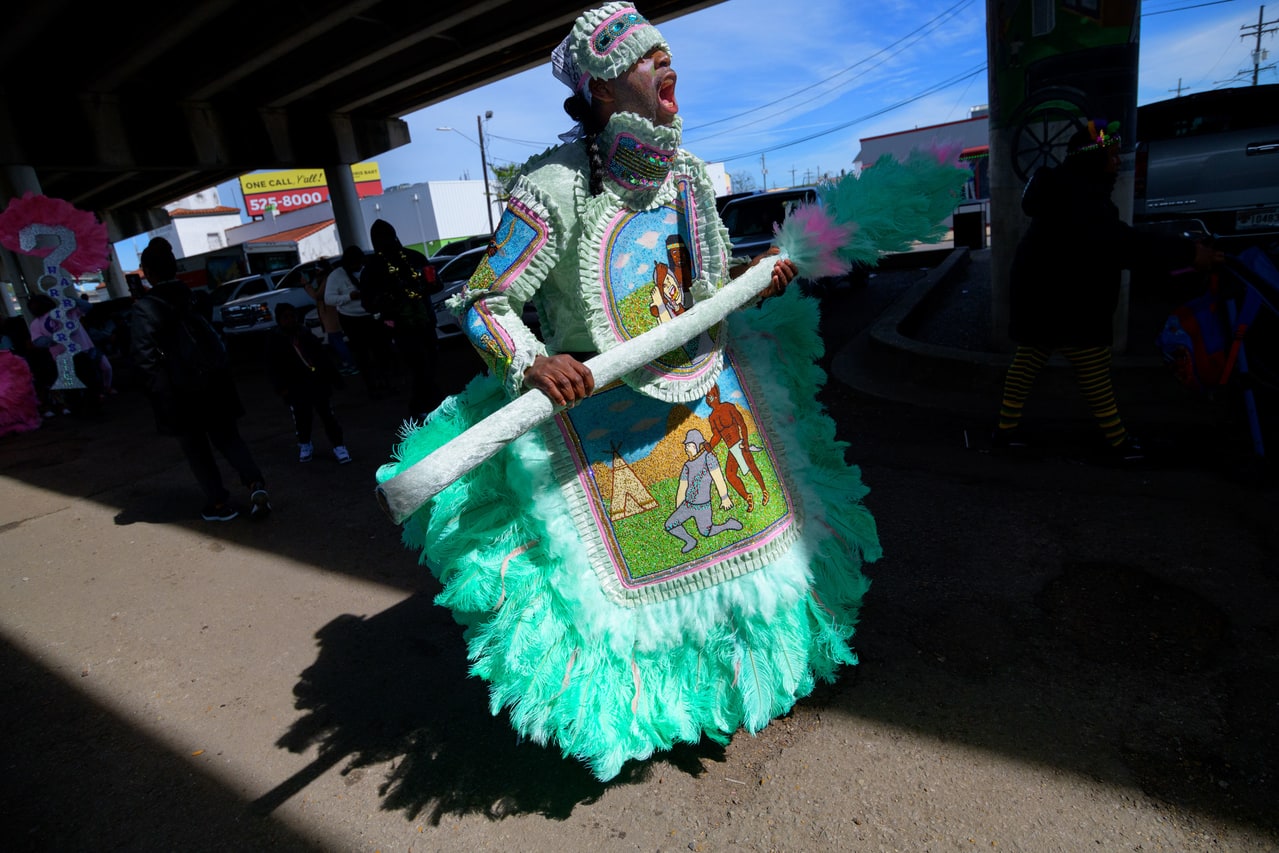 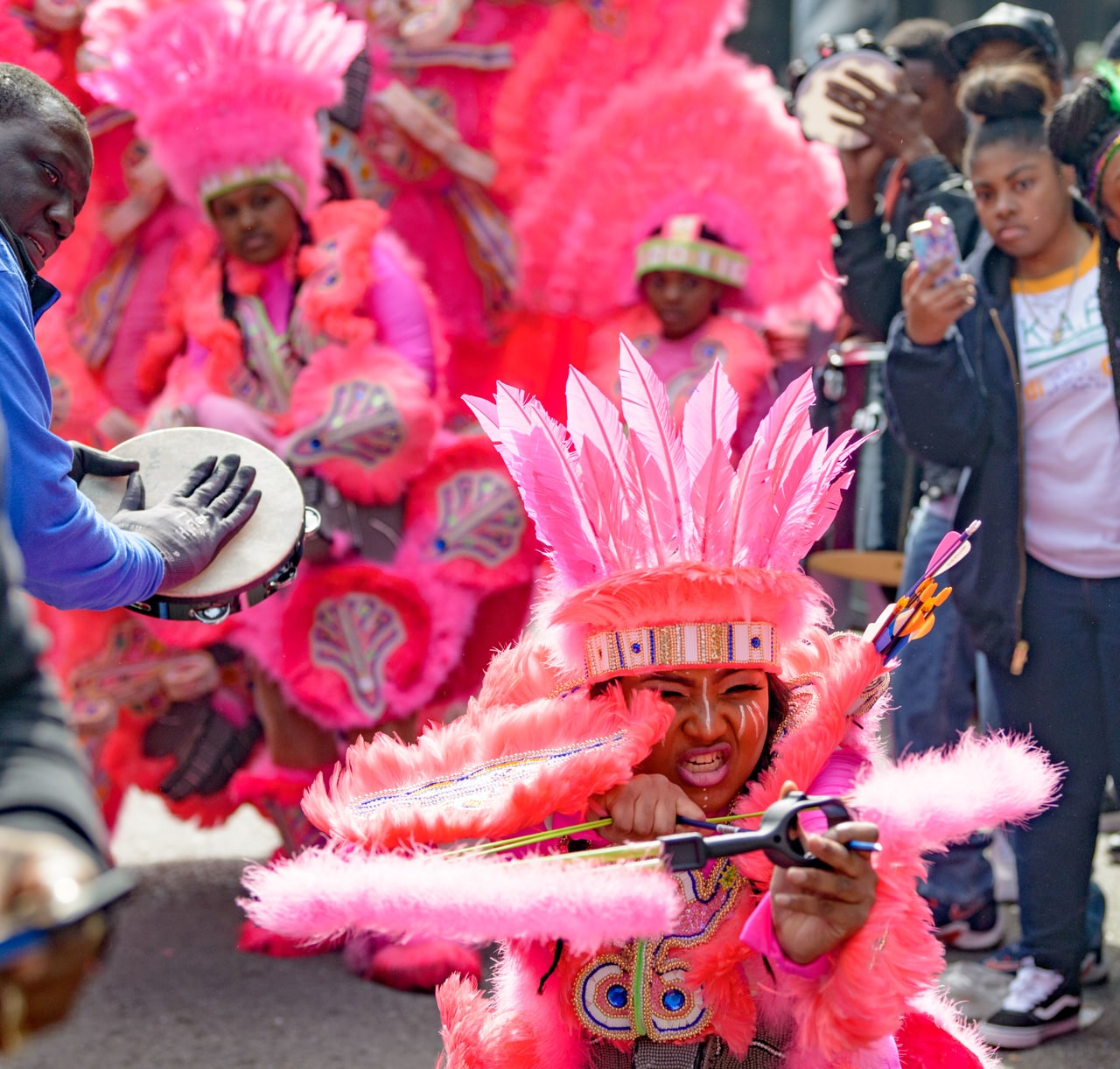 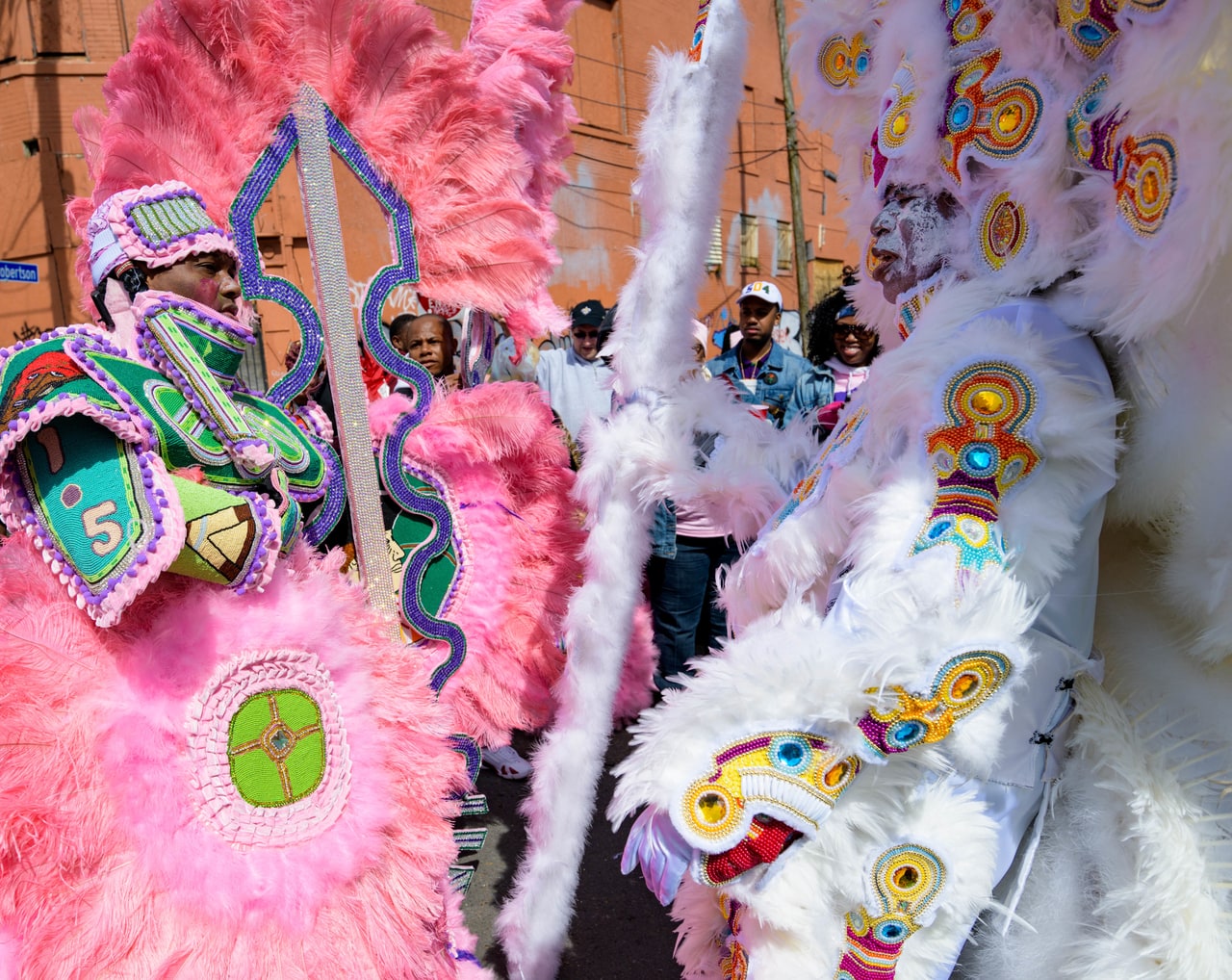 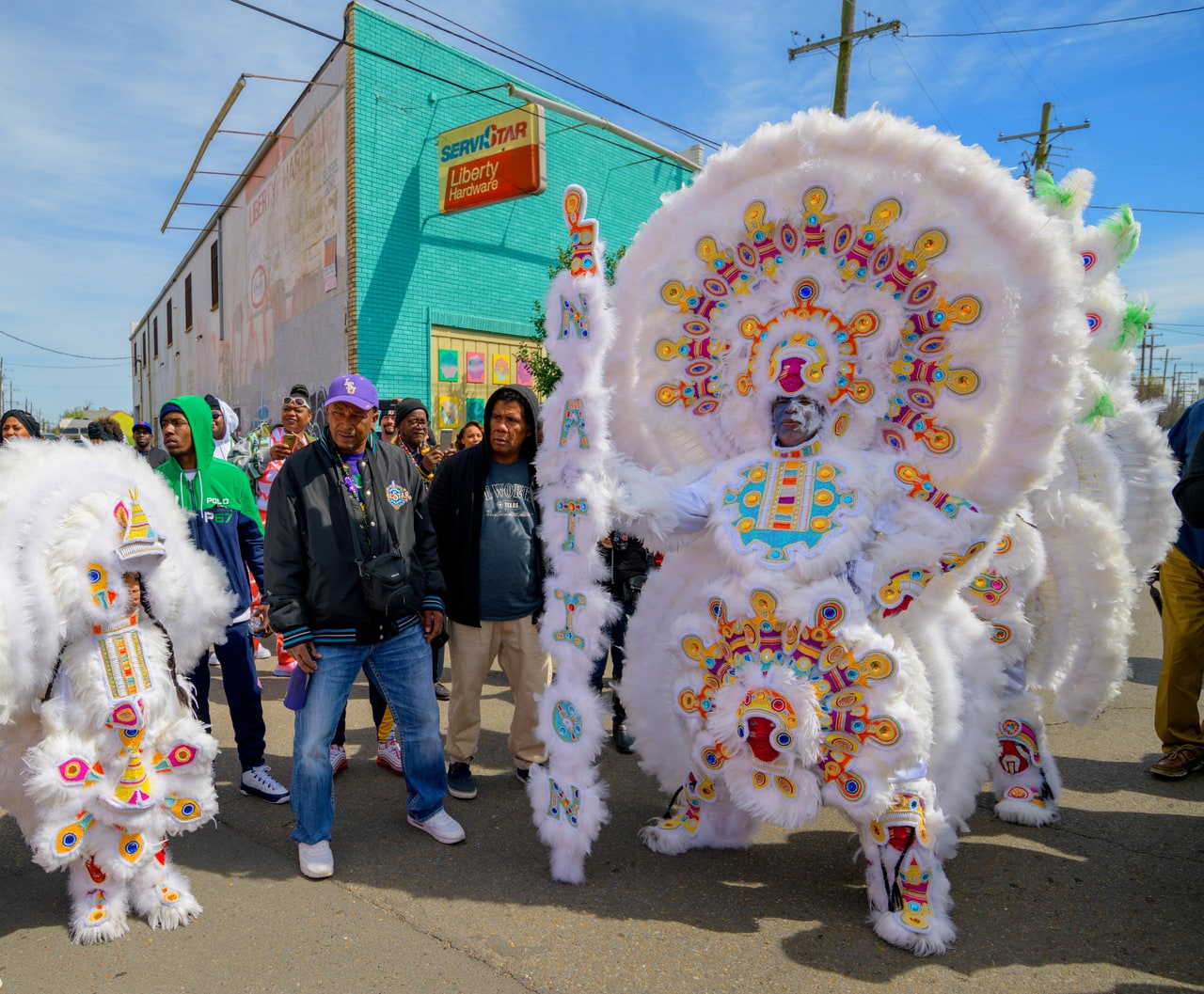 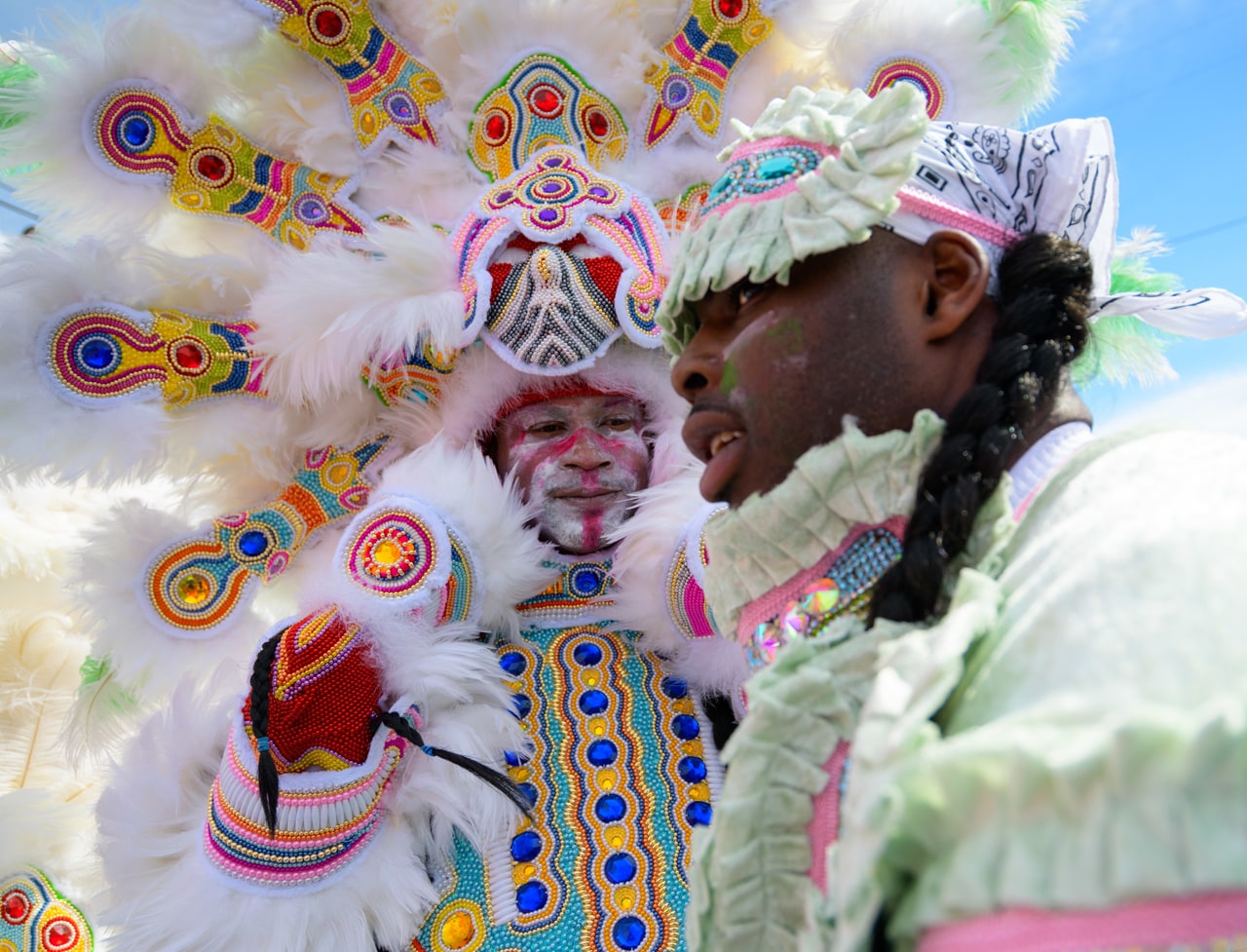 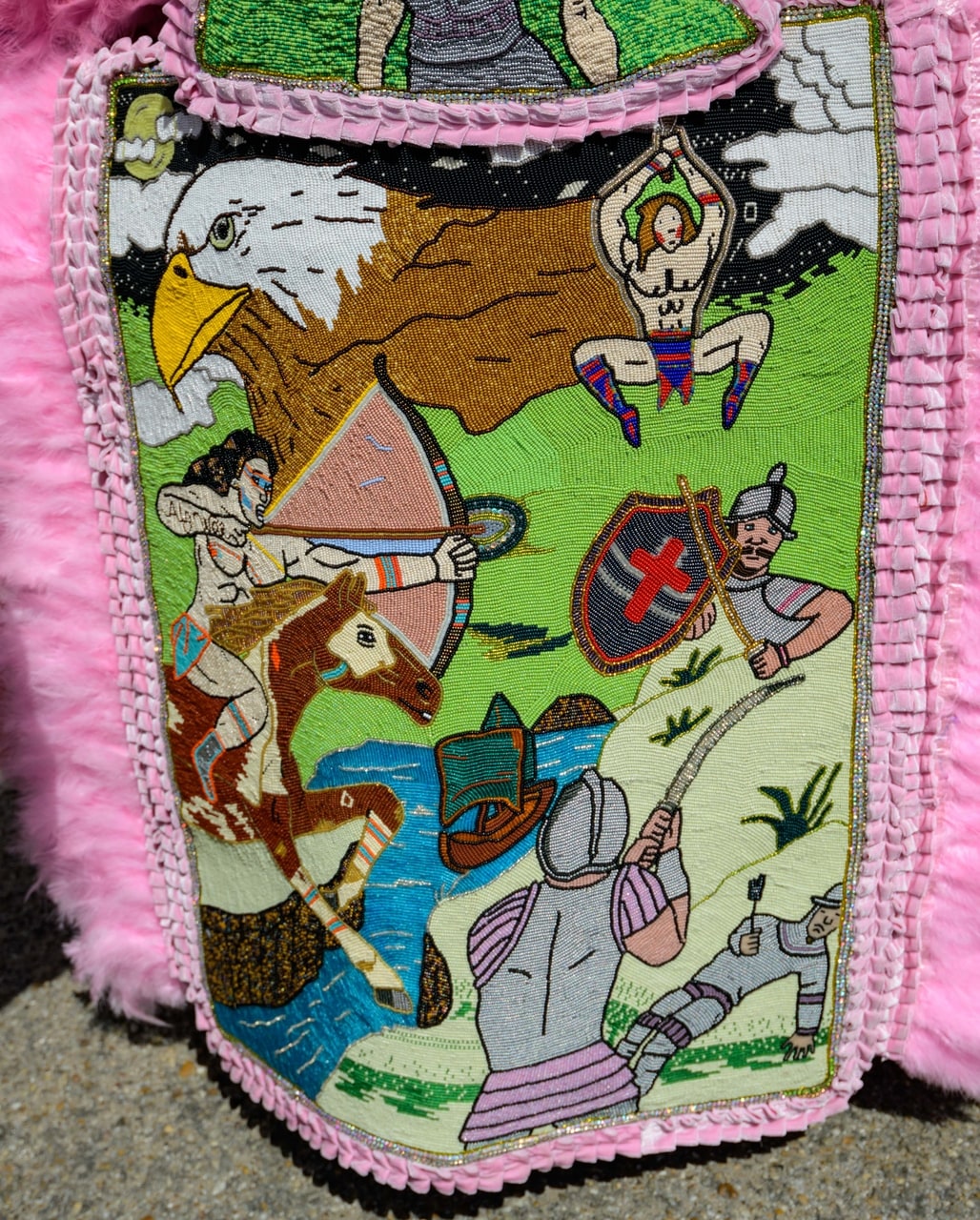 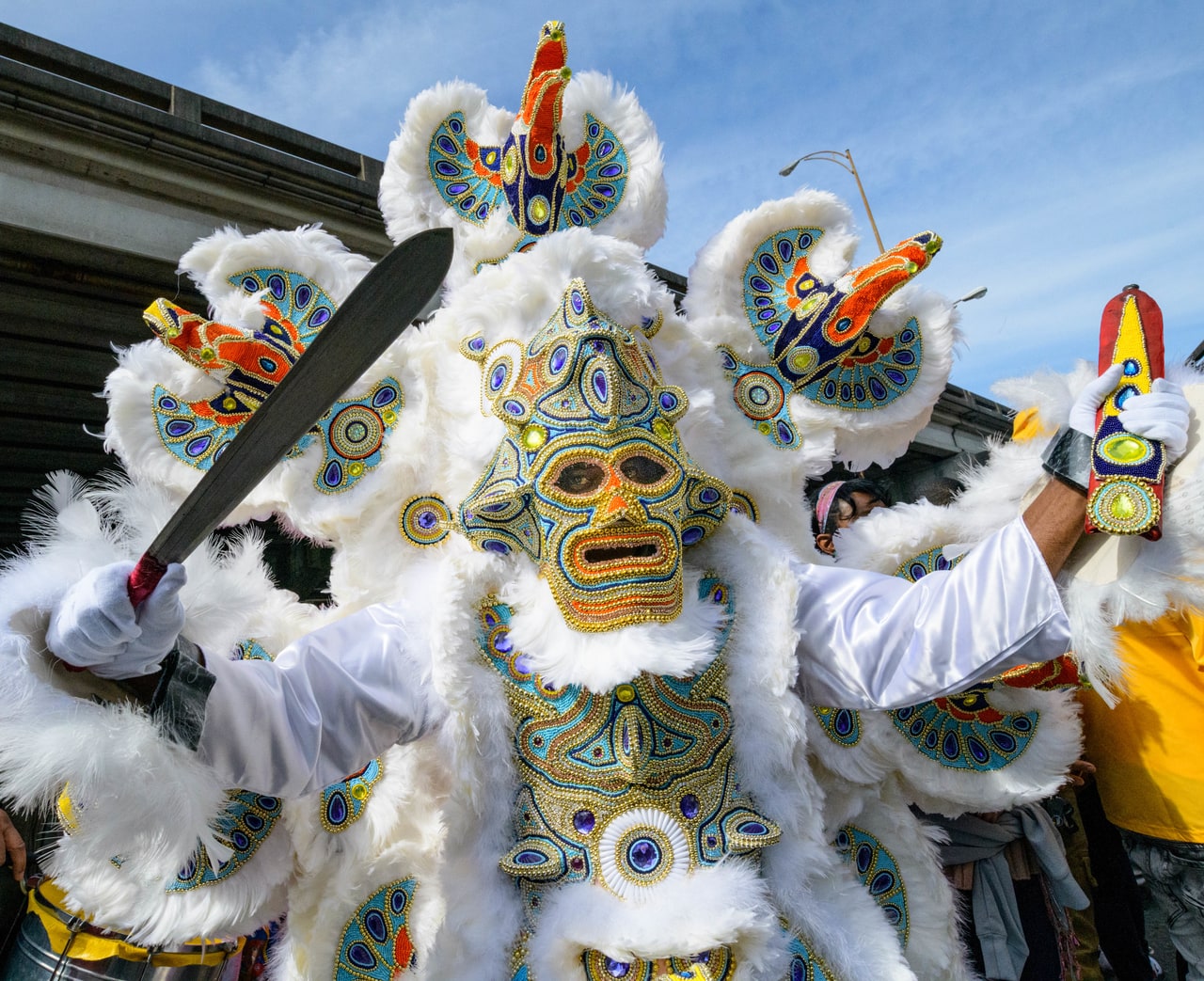 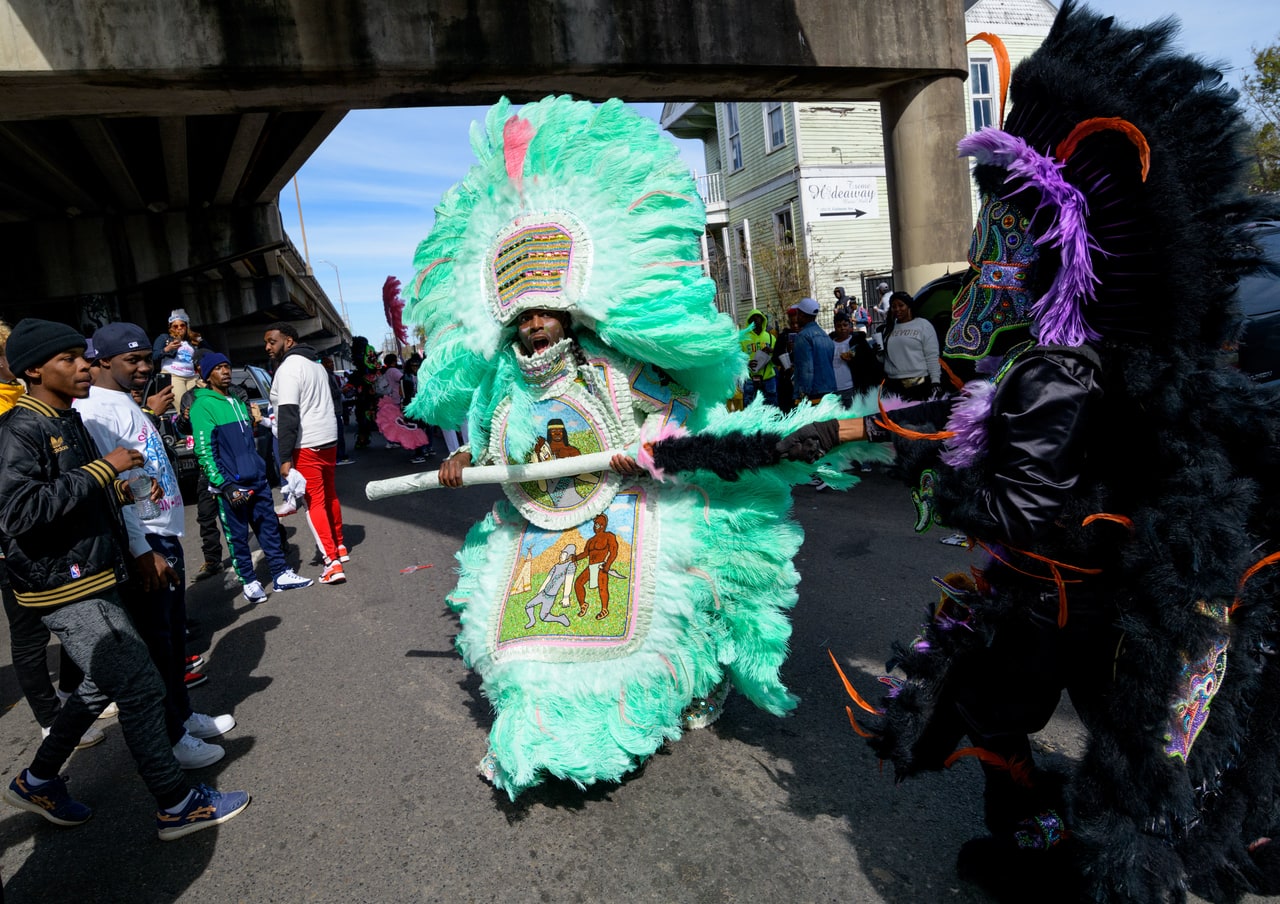 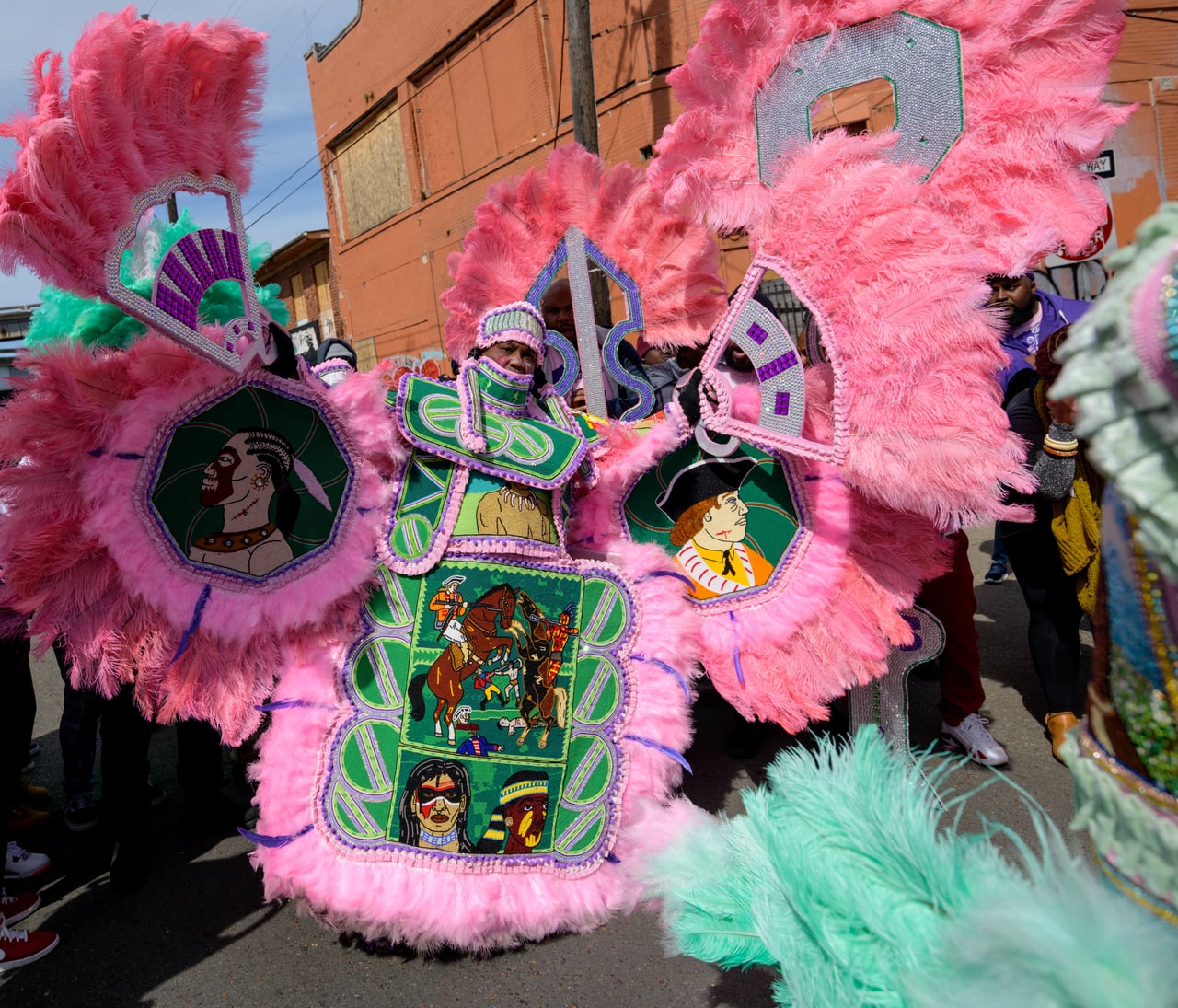 1 of 15
Mardi Gras Indians gather in the Treme neighborhood on Mardi Gras in New Orleans, La., March 5, 2019. The Mardi Gras Indian tradition has African, Creole, and Caribbean roots. Some of the early gang members were descendants of slaves and Native Americans. Photo by Matthew Hinton