Haydel’s is a city staple, but for owner Ryan Haydel, it’s a family business in more than one way.

Haydel’s Bakery is a slice of New Orleans history. Just the thought of a delicious, creamy petit four is enough to get your mouth watering. 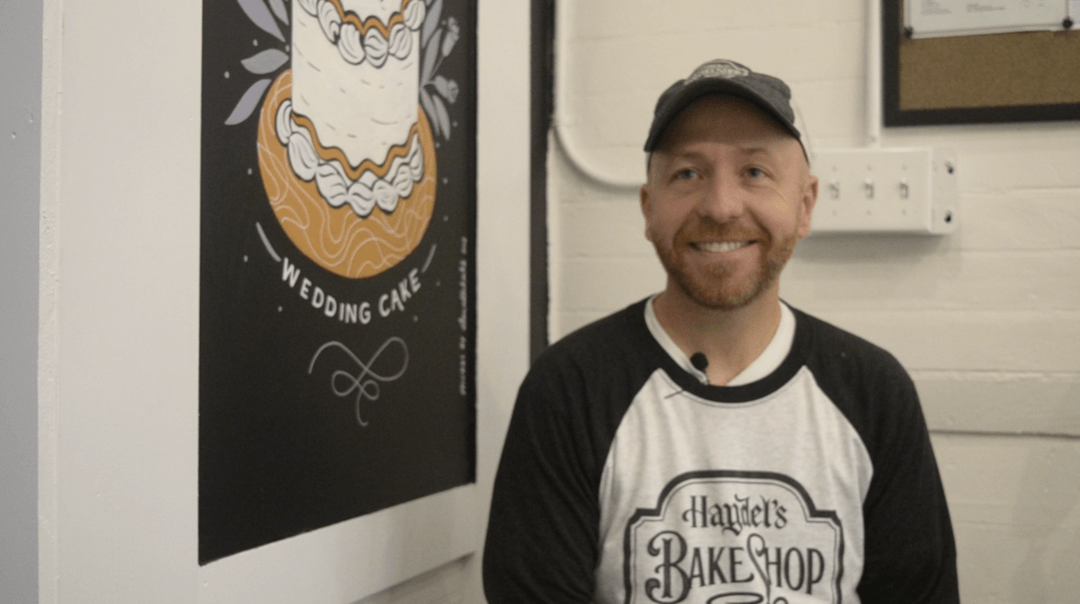 Now, you don’t have to travel to Metairie to get your petit fours fix. Owner and third-generation baker Ryan Haydel has opened up a bakery and coffee shop on Magazine Street in the Garden District, and talked to us about the new location.

“We’ve officially been open for five days. This was a different shop before so there was a lot of renovation that had to take place. It took about four months of renovation.”

It’s a smaller operation than the one on Jefferson Highway. You bring the items to this location from there?

“Yes, in the morning and in the evening. So we’re feeding it twice a day. This one we’ve scaled much smaller than a full-line bakery, like what you see on Jefferson Highway. You’re going to come in here and see the top 25 items that you see on Jefferson Highway. On any given day at Jefferson Highway, you might see 150 different items. You’re going to see our most popular. And then, only being open five days we’ve had a few people come in and say, do you have cinnamon rolls or do you have a cheese danish? We’re going to try to add some of those in maybe on the weekend, test them out and see how they do. So, along the way we may add things, we may delete things. We’re going to let the customers tell us what they want here. ”

Are some of the items scaled down too?

“The items are scaled down. In our main bakery, all of our cakes around 8-inches around. Here, we’re going to do 6-inch rounds. I say a cake or two, some say a cake for four. Some of our squares, even if you don’t want a petit four, we’ve got three-inch cake squares.” 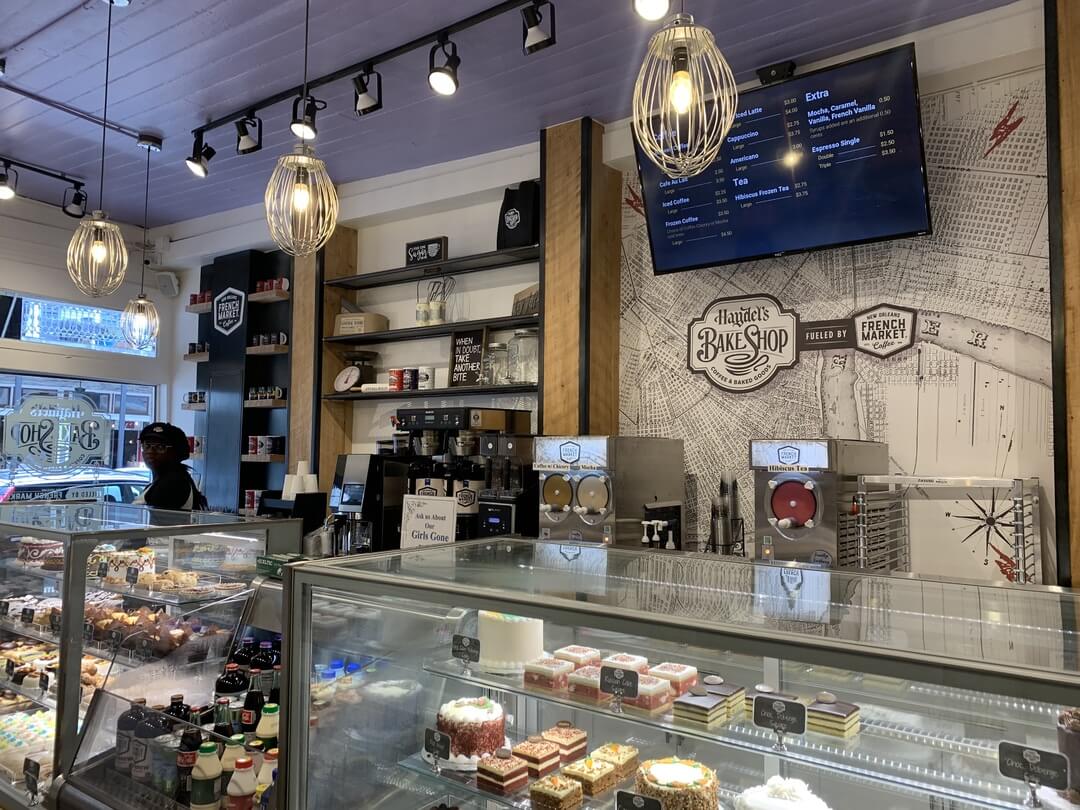 What if I wanted to come in and order a big cake?

“Unfortunately, we’re not set up to do that. What we’re going to do here, over the past five days we’ve had customers come in requesting a 6-inch Doberge cake, and they want Happy Birthday written on it, but they don’t need it until Saturday. We are going to take special orders of the products we sell here every day. So if somebody wants two dozen turtles, or if they want a carrot cake or a Russian cake, we can take the order ahead of time. We’re going to of course as that they prepay for it. Over time, we’ll see. If we can handle it, we’ll bring other cakes in. My biggest issue is when its a specialty cake, if it’s not the way the customer wants it, the color isn’t exactly right, or a trim is wrong, on Jefferson Highway we can fix it because we have five decorators there, full-time, all day. Here, we don’t have any decorators on staff. So that’s really one of the main reasons, but not to say down the line we won’t.”

How long have you wanted to do another location here?

“I’ve had this idea in my head for at least five to seven years that this is something that I’ve wanted to do. It really just isn’t Magazine Street. A lot of people ask. We do pop-up locations for our king cakes, and those have been really successful. The customer buzz with that has always been, ‘I wish I could get an eclair’, or ‘I wish I could get cookies’. We also wanted to do this so it was scalable. Magazine Street was a great location, this was my wife’s (Lauren Leblanc Haydel) Fleurty Girl location, and she was running out of space here. So she actually moved three buildings down. She was like, ‘This would be a great spot to do your bakery and coffee concept.’ That’s what I wanted to do here was have our pastries with a great coffee concept. That’s why we teamed up with French Market Coffee, so that not only can you get eclairs, turtles and a petit four, but if you want a latte, an Americano, or just a hot coffee or frozen coffee. We have all that here.”

“I think what makes it special and what makes it unique, and what makes all of the places on Magazine unique, is that I live in the area. I go to Sucre. I bring the kids to go get sorbet. We don’t have small chocolates, so Sucre is unique in and of what they do. We have a lot of traditional products that have been in the city for years that people are looking for. So we’re going to bring that to the neighborhood. There are other coffee shops that bring their unique spin on how they do coffee. I’m not going to lie, I drink coffee from other places as well. What’s great about competition is I think it keeps everybody working hard to have the best product. And what’s great about competition, especially on Magazine Street, is I think there’s enough clientele for everybody.”

It’s been less than a week but what feedback are you hearing from customers?

“I think one is of excitement, some people don’t realize yet that we’re here. Some have just stumbled upon it. Some are excited I think because they wait to make that special trip to Jefferson Highway, maybe once a week, or once a month depending on where they live. Now they don’t have to drive all the way there if they just want an eclair or if they just want a turtle. That’s what I’ve noticed, on Jefferson they say, ‘Give me two dozen, three dozen petit fours.’ Here, it’s mostly your locals who are walking or your tourists, they’re coming in and saying, ‘Give me two petit fours, two turtles, and an iced coffee. It’s a lot smaller ticket sizes but it gives us the ability to have customers in and out. ”

Anything else you want to add about being here on Magazine Street?

“I love it. I’m a neighbor here. I live around the corner from here and I’m excited to have a shop in my own neighborhood. I take a lot of pride in that. I know a lot of the shops and restaurants here because my wife and I frequent them. My son, he works at Breaux Mart, so this is kind of like a family affair. So come down to Magazine Street and see us, it’s a great place to be.” 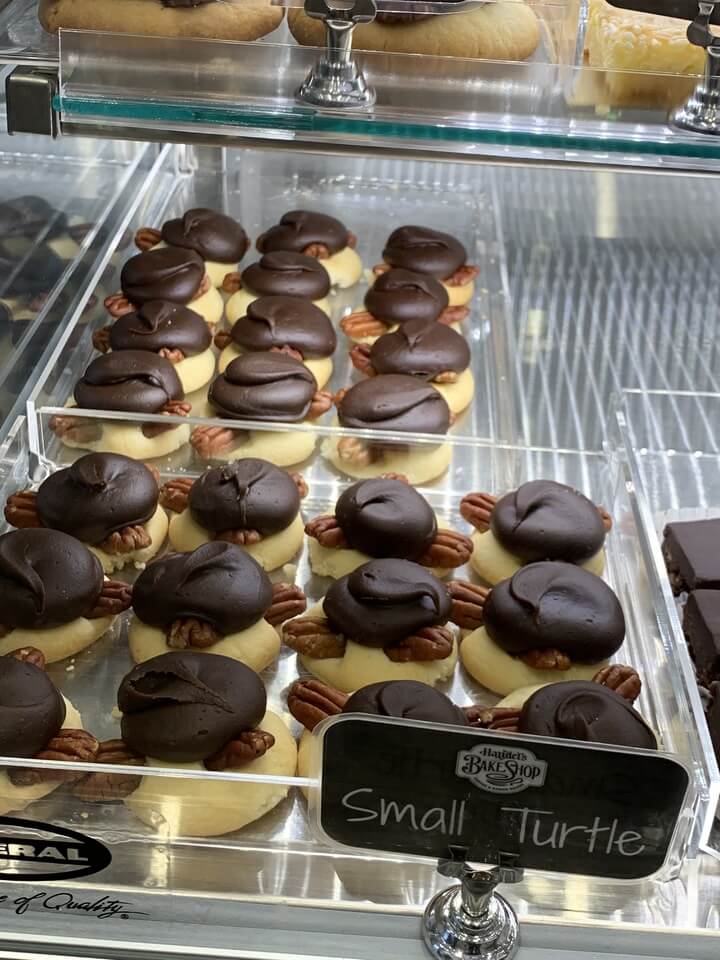 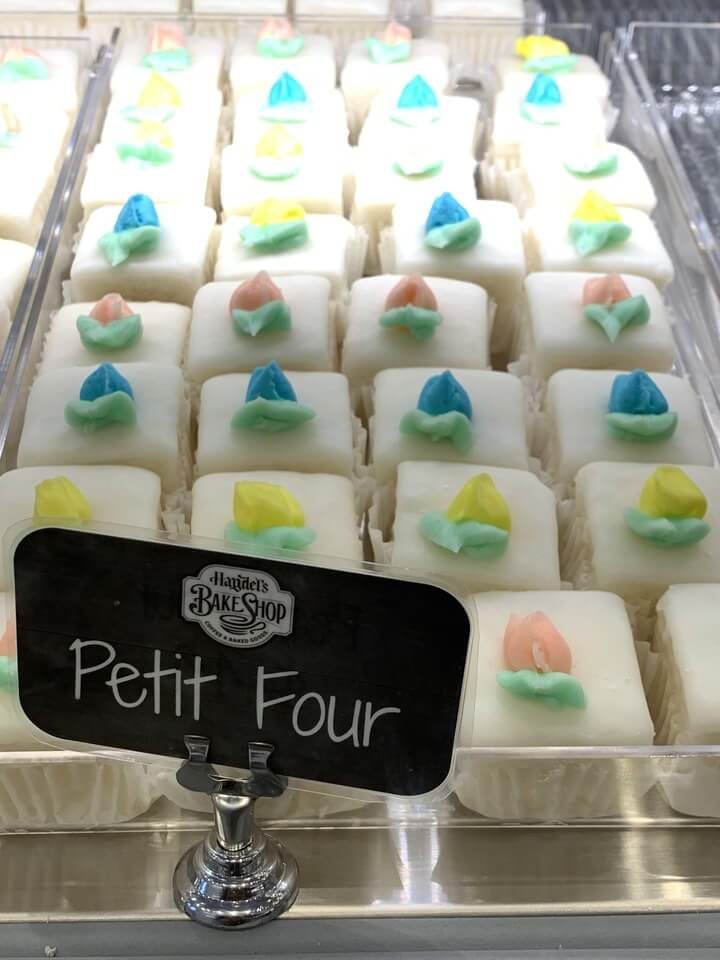 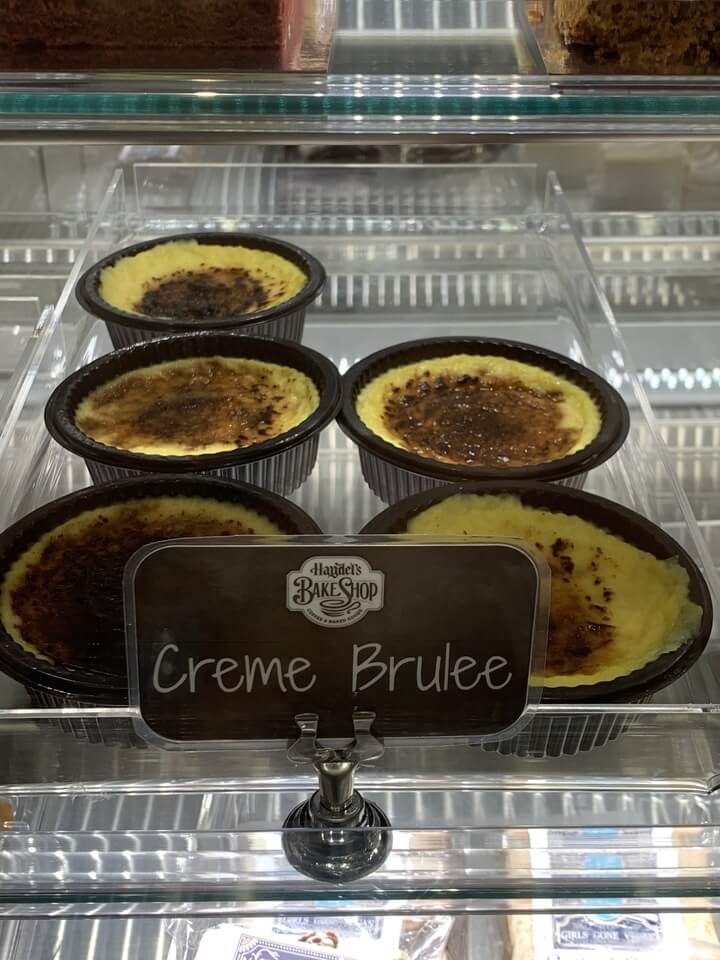 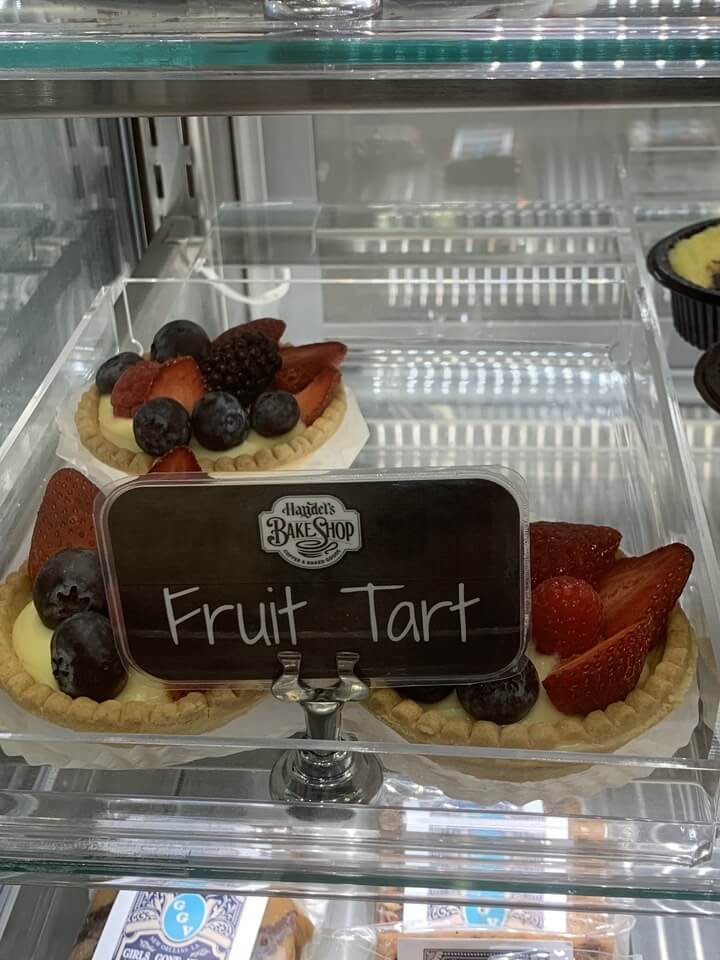 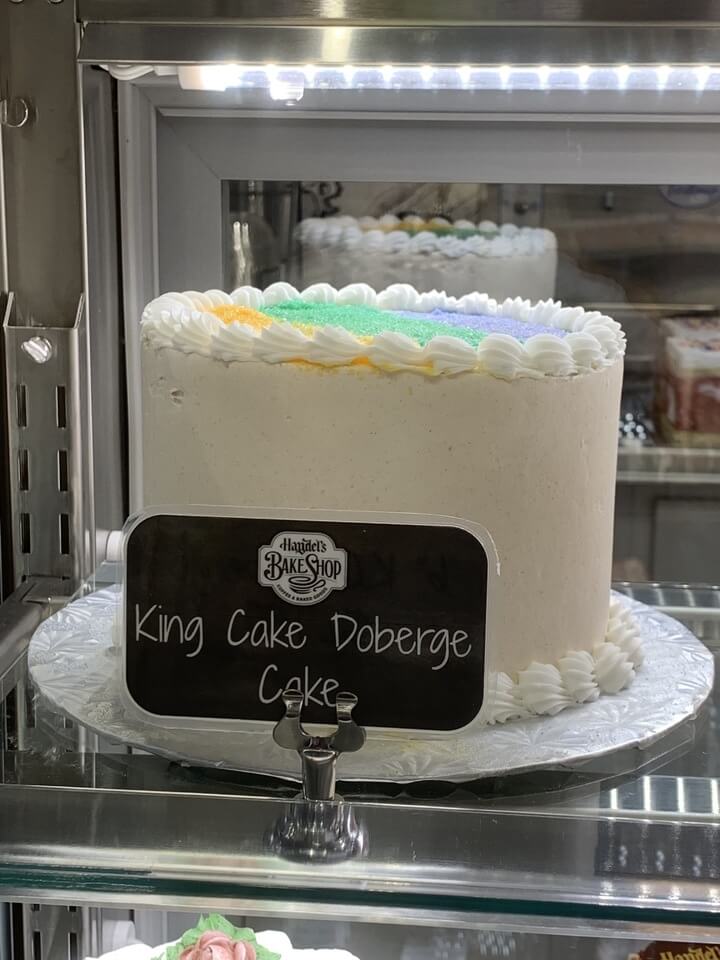 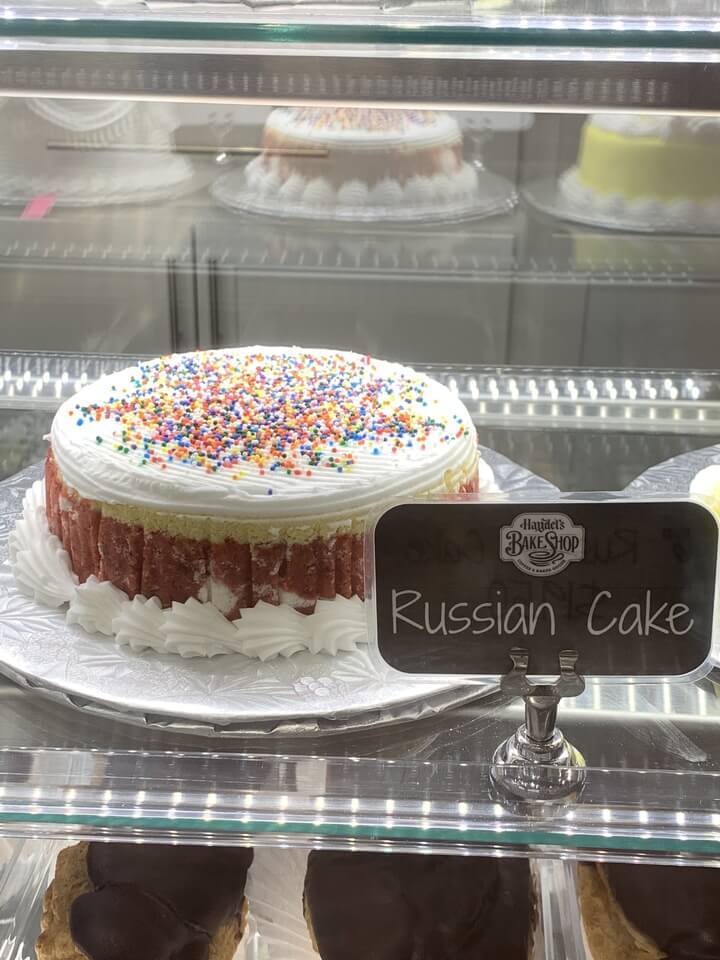 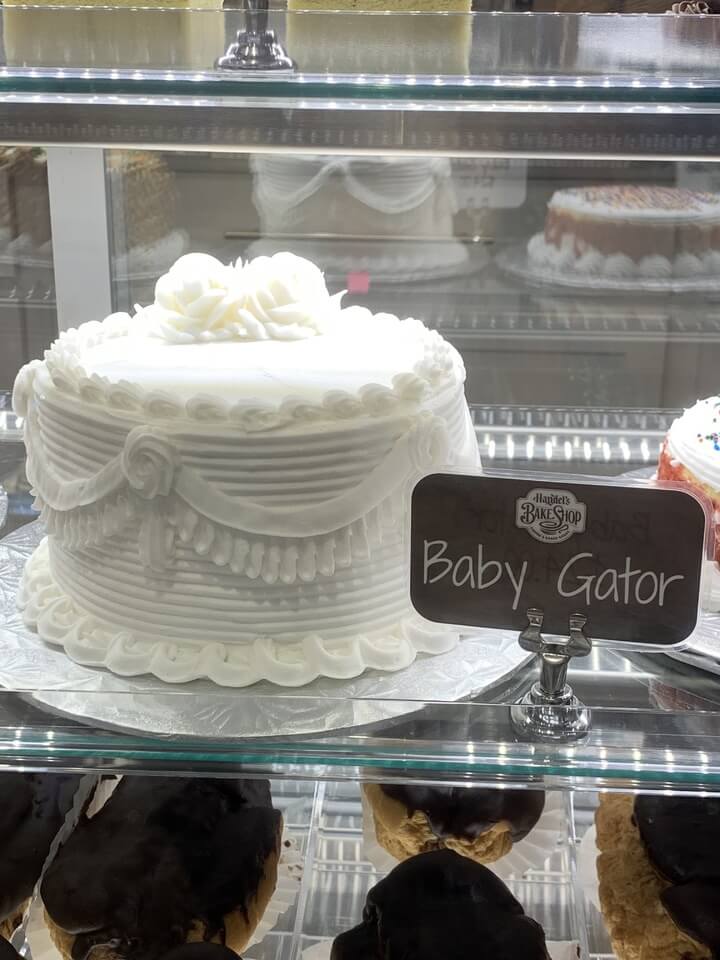 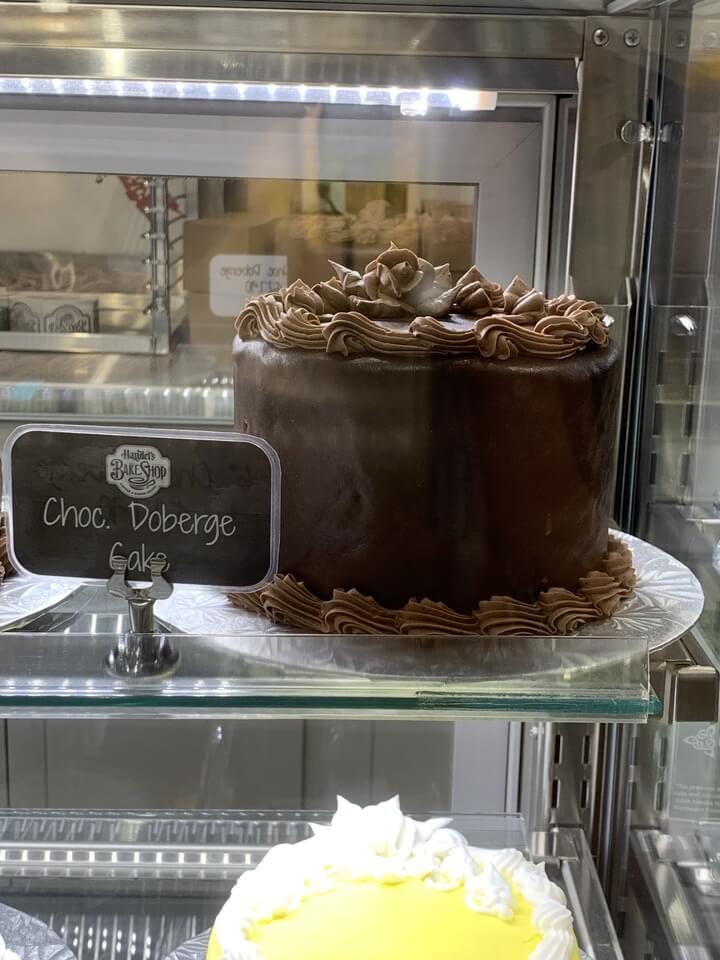 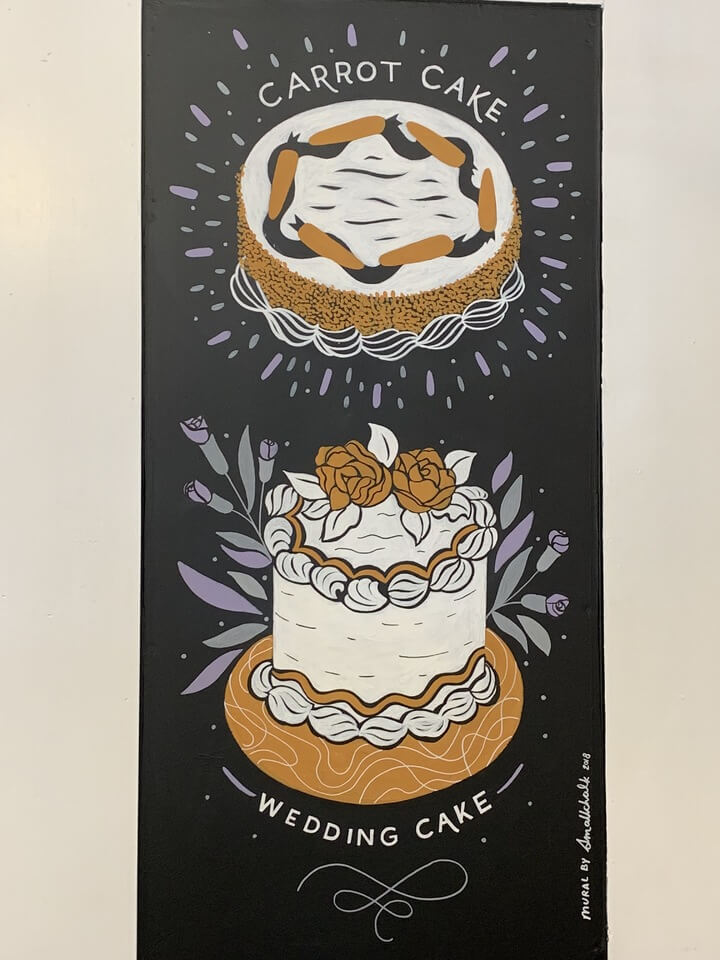 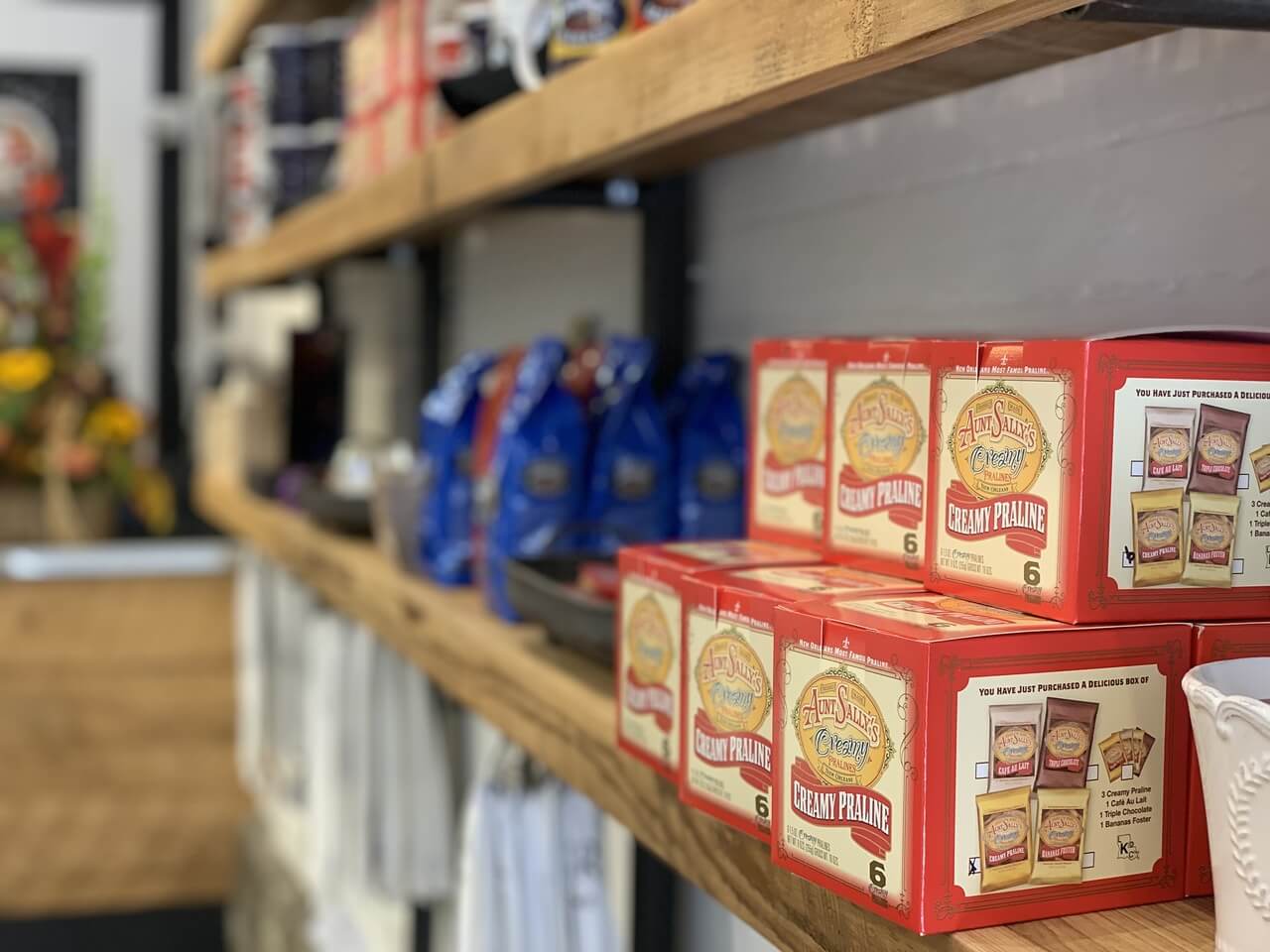 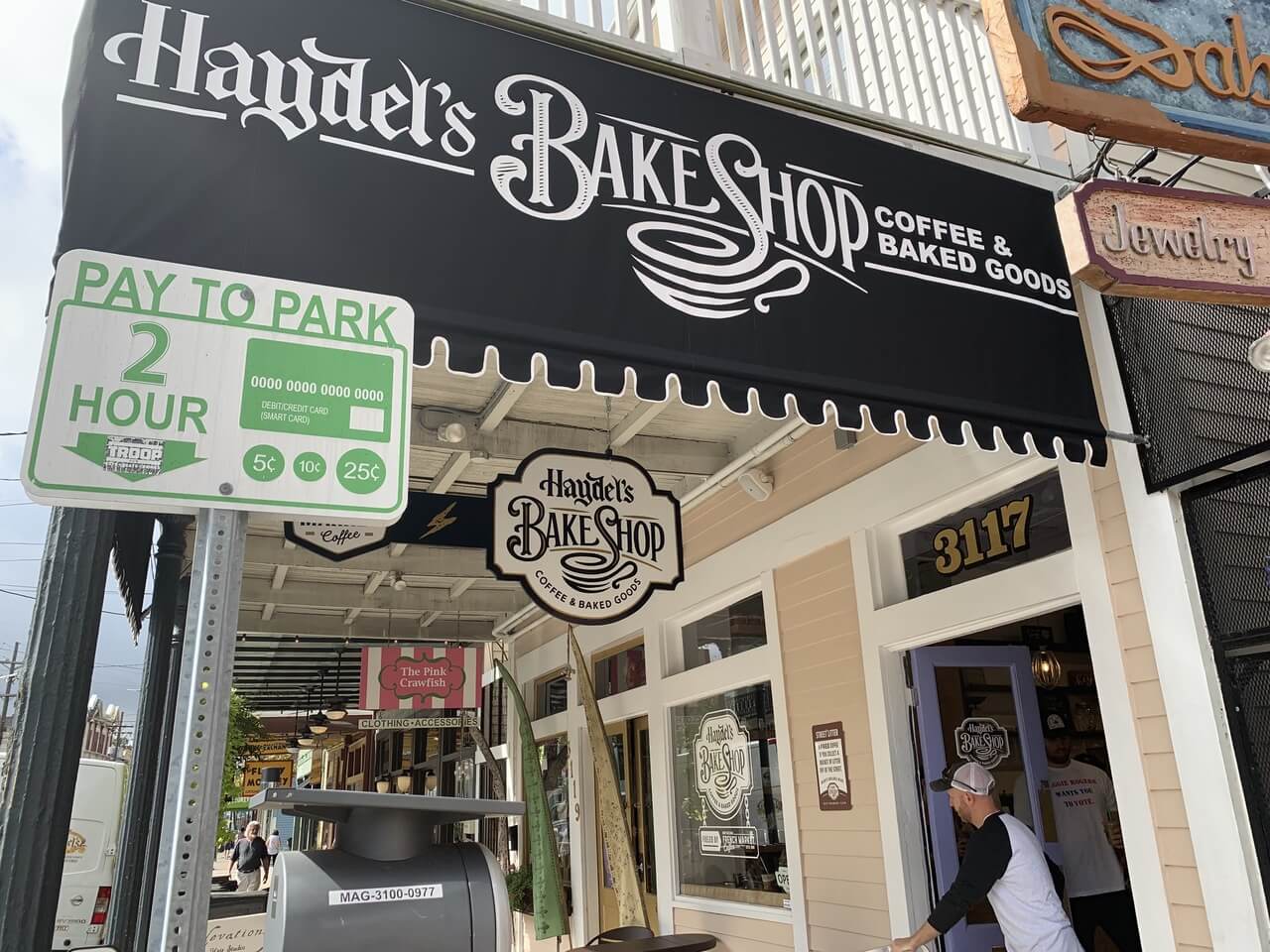 1 of 12
Small turtles at Haydel's Bake Shop on Magazine Street.