Iderlin Rivera had finally achieved her dream — she owned a successful, authentic Cuban restaurant in a nice part of Slidell that had built up a loyal customer base. When Rivera got the news that her landlord wasn’t going to renew the building’s lease in March 2018, she was devastated. Rivera and her husband, Richard, had spent the last eight years dedicating themselves to their restaurant, Que Rico Cuban Café, and now they weren’t sure about their next step. After completely renovating the Slidell location to fit their needs, the idea of starting over somewhere else was daunting.

Naturally, the couple had hoped to find another home for their restaurant in Slidell, the city where they had built their livelihood and where they were raising their family.

“We found the best real estate agent in Slidell,” Rivera said. “We really wanted the restaurant to stay here and to continue to serve the community, but we kept coming up against dead ends.”

Finally, she made the decision to move Que Rico to New Orleans, essentially starting from square one. She had hoped that word of mouth and a few of her Slidell regulars would give the restaurant the push it needed to be a success in a city where most had never heard of her popular restaurant that served tasty plates of delicious Cuban food.

This wasn’t the first time that Rivera had to step up to a challenge. When she originally told her family that she wanted to open a Cuban eatery, they told her that it would be a lot of work and that the people of Slidell might not be open to trying Cuban food. Some even suggested that she add some familiar Mexican dishes to her menu, but she knew that a bona fide Cuban restaurant would be a good addition to the area.

“At first, some people in Slidell weren’t even sure what Cuban food was,” she said. “I had people coming in asking if we served nachos! I knew that people would like the food, if they gave it a chance. I really wanted to keep the menu authentic.”

Sure enough, Rivera quickly built up a loyal customer base, and when one of her regulars, Chef John Besh, asked her to cater a party for him, her business exploded.

When they were forced out of their building in Slidell, the Riveras had a decision to make. As a busy mother of three kids, it would have been easy for Iderlin to call it quits and not reopen, but instead, she decided to settle Que Rico into a nice space at 4200 Magazine Street that seats 30 people. The couple went to work and decided to completely renovate the location that was the former home of Saucy’s BBQ. Richard was behind Iderlin every step of the way.

“My husband has been supportive because he knows that this is my dream,” she said. 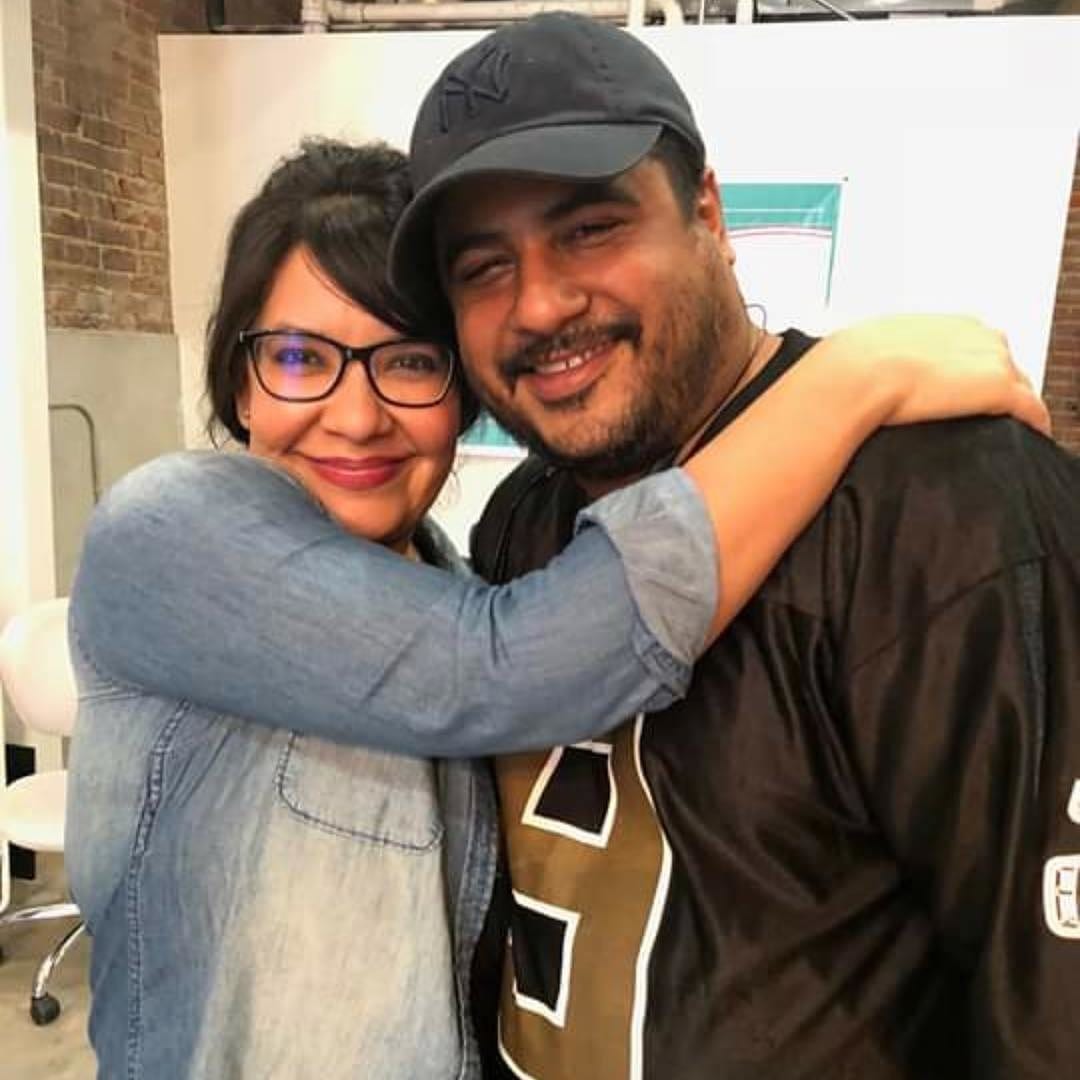 Although they miss Slidell, the Riveras love having a restaurant in New Orleans and have found that people here are open to different types of food, which suits her since she decided to expand her menu upon the move. All of the food is made in-house from family recipes and, although the kitchen at the New Orleans location is small, Rivera has been able to make it fit her needs. Que Rico is a family place and she wants her customers to feel right at home.

“I want customers to stop in and feel as if they are enjoying a home-cooked meal and I want everyone to feel welcome,” she said.

In a city that boasts cuisine from all over the world, the Cuban food scene in New Orleans was sorely lacking, and it was a need Rivera was more than ready to fulfill. New Orleanians have obviously been hungry for Cuban food, as Que Rico has enjoyed massive success since its opening.

“We have been crazy busy since last December when we opened,” she said. “Lines were out the door and we didn’t really get a breather until August.”

Most recently, she was serving up her food during the annual Magazine Street event Art for Art’s Sake where she fed people attending the event and met some of her neighbors as she slung samples of her cuisine.

“We were excited to participate and we had people coming up telling us that they live in the area and had no idea we were here!”, she explained.

Que Rico’s menu is packed with Cuban favorites, including pressed sandwiches such as the classic Cubano ($12), Media Noche ($12), a Cuban Vegan ($12), and Pan Con Bistec de Pollo ($12). Entrees include Lechon Asado- Cuban style slow-roasted pork topped with sautéed onions and garlic mojo sauce ($16), Picadillo- ground beef cooked in a light stew sauce with garlic, olives and diced potatoes ($15), Fricase de Pollo- shredded chicken cooked in a light stew with olives, garlic, capers and diced potato ($15) and much more. Along with classic dishes, Que Rico! serves up an assortment of Cuban desserts ($7) and various Cuban coffee offerings that range from $2.50 to $6.00.

I had a hankering for some deliciousness when I stopped into Que Rico for lunch, and my sights were set on all things meat when I started off with an order of the Tamal Cubano de Cerdo ($9). This appetizer is a sweet corn tamal topped with tender, slow-roasted pork and covered in Mojo sauce. The flavors in this dish were phenomenal. The pork was tender and juicy and the sauce on top bumped it up to the next level. I especially liked the way the juices from the pork soaked into the tamal and made it melt-in-your-mouth tasty.

For my entrée, I had the ropa vieja ($18). This is Cuba’s national dish and, after one bite, I knew why. This is tender shredded flank steak served in its own stew and Que Rico’s version comes with black beans, white rice and sweet plantains on the side. This dish was incredibly good and the flavors came together as only home cooking can. The meat was seasoned perfectly and juicy; I added the rice to the stew for a nice bit of bulk. This dish was so astounding that I could tell that the steak was cooked slowly, as to maintain the tenderness of the meat. As a side, the black beans and the sweet plantains both went above and beyond with flavors that complimented the rest of the meal. 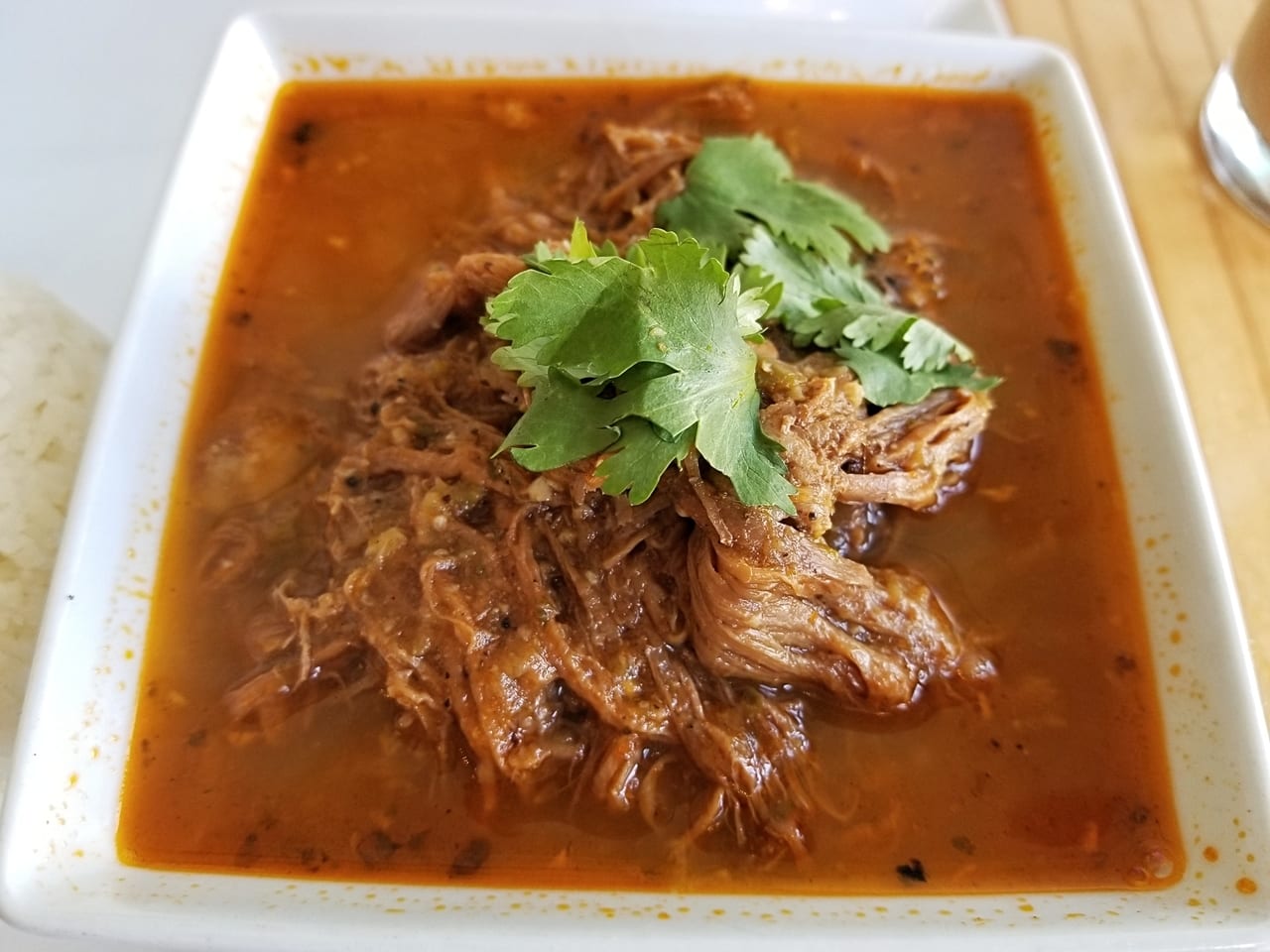 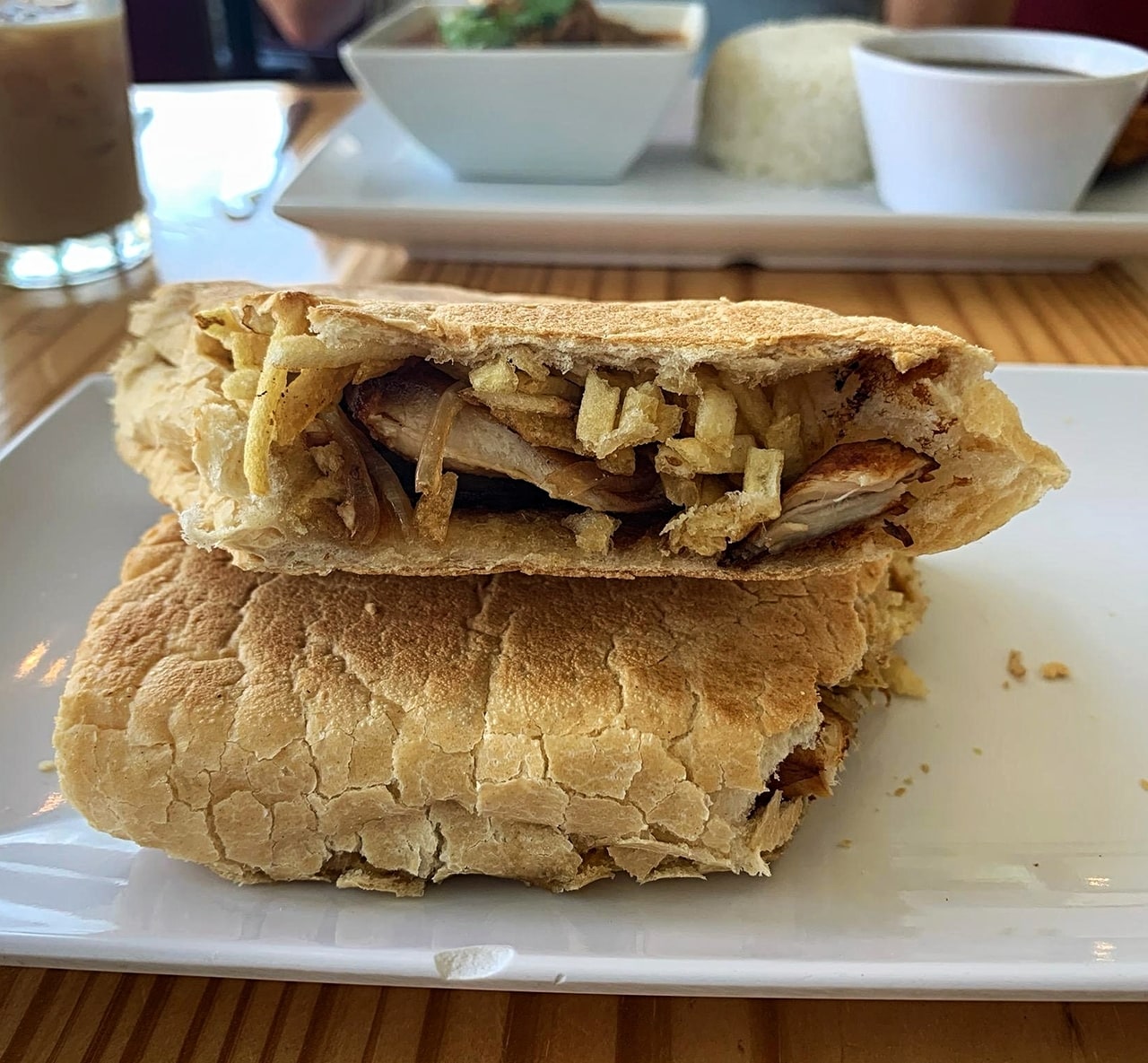 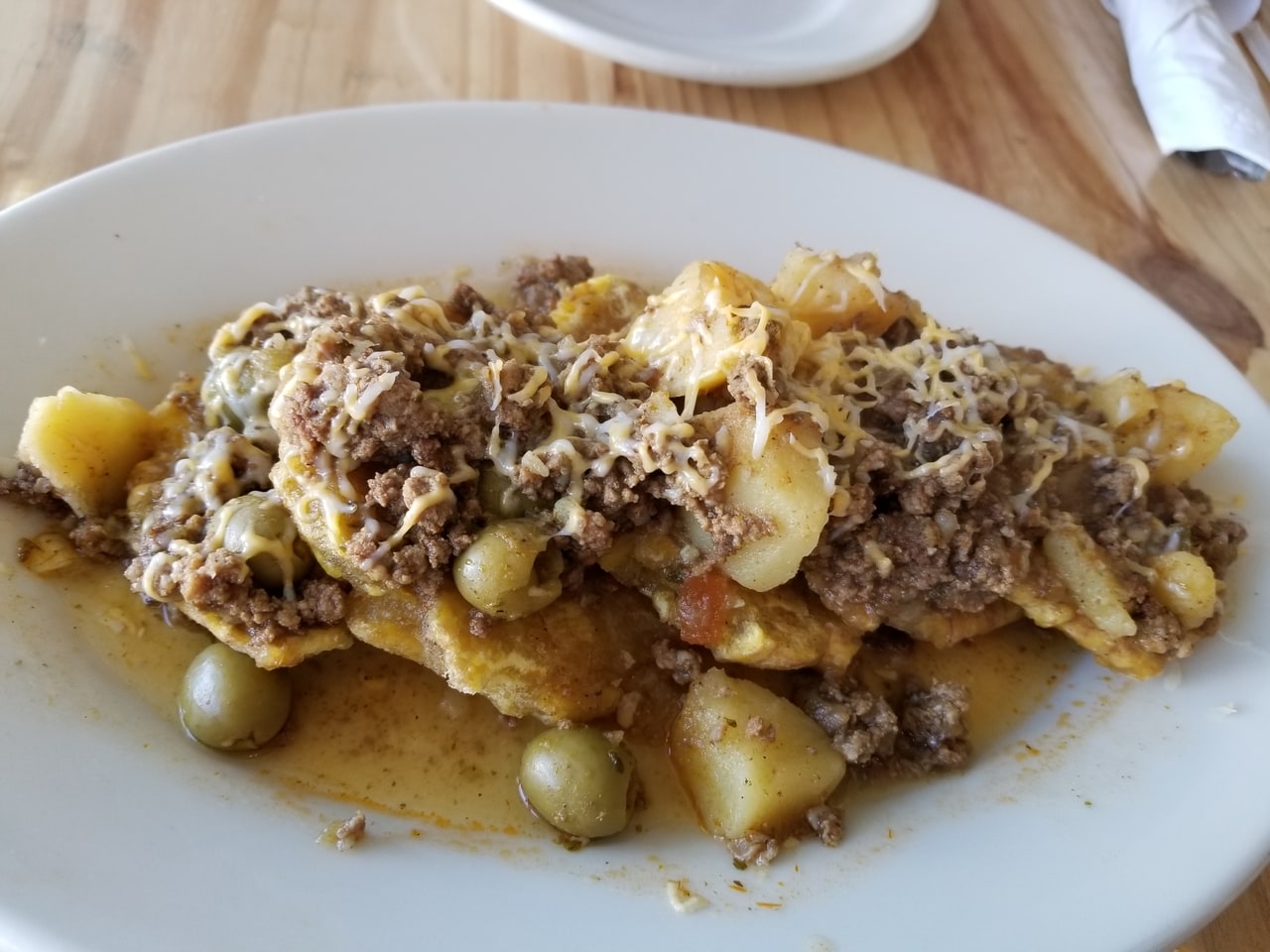 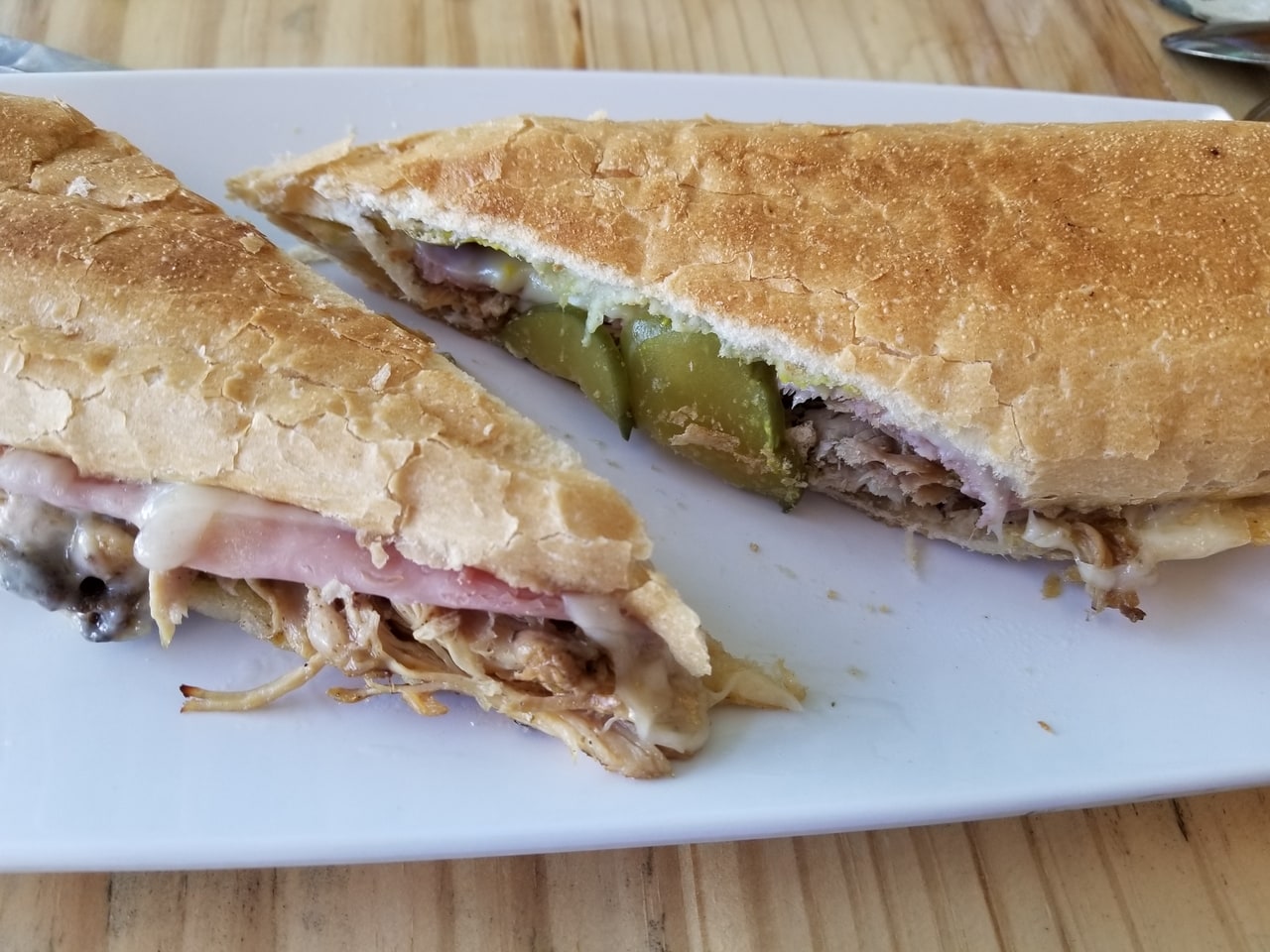 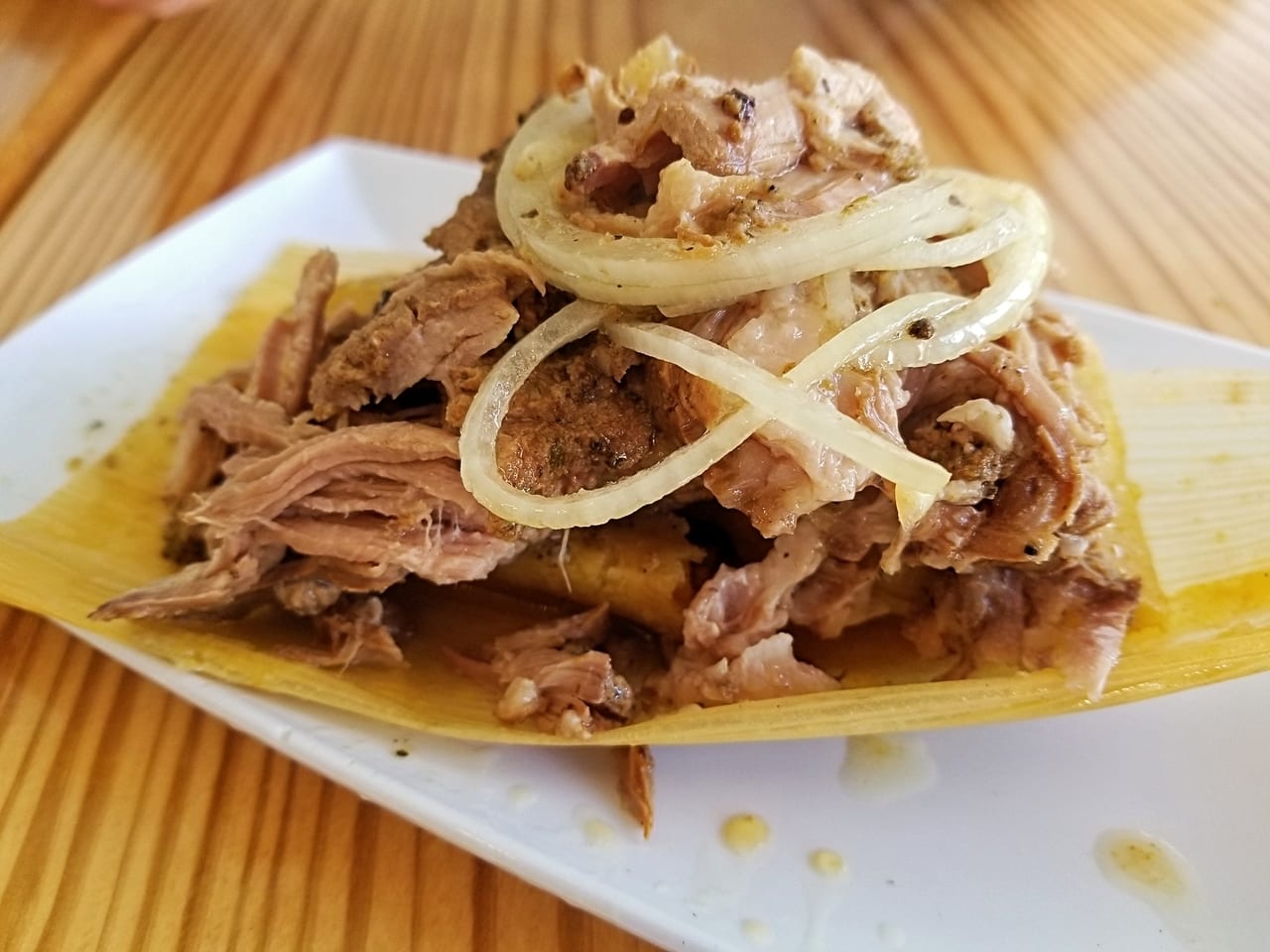 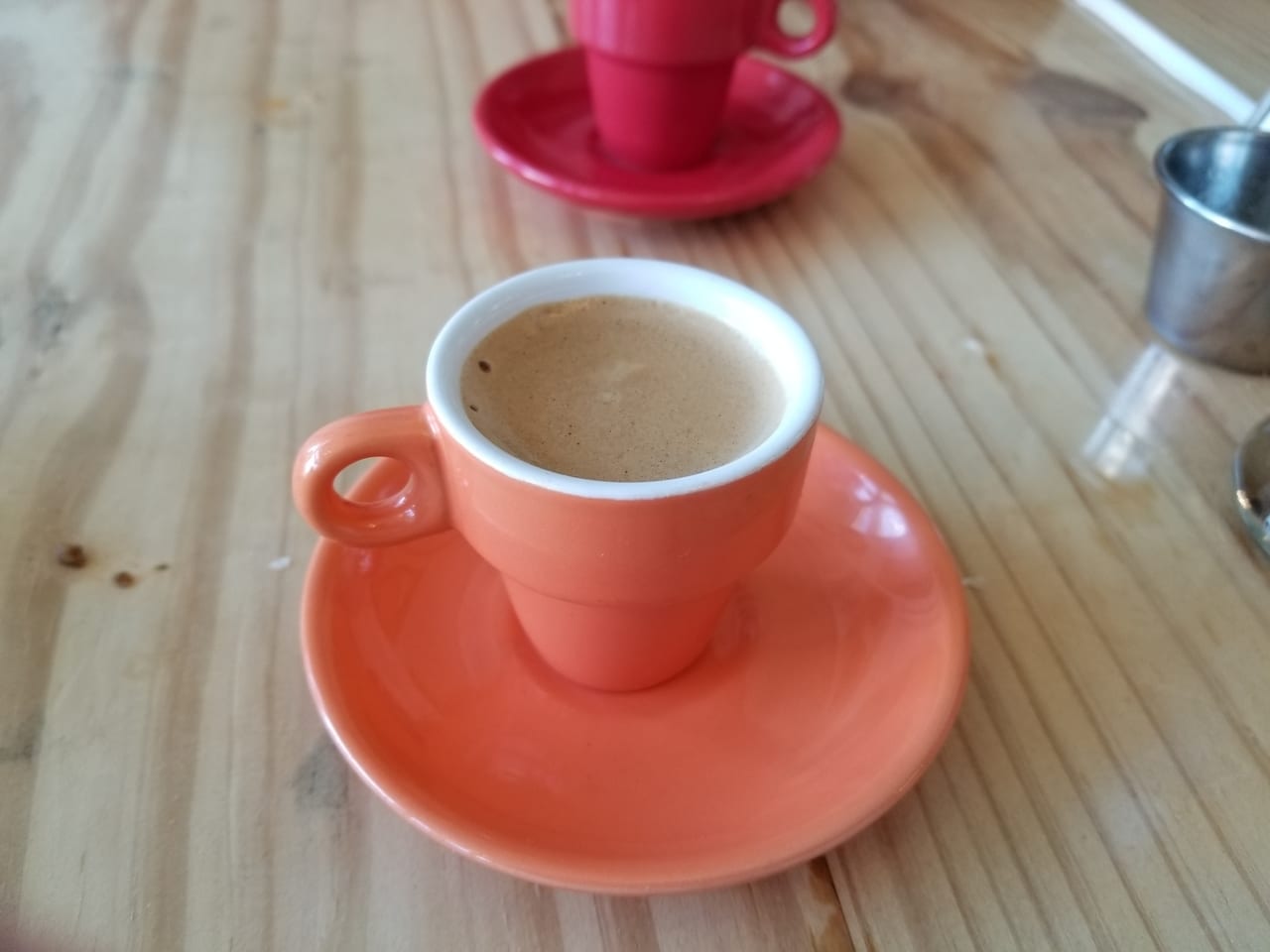 Stepping into Que Rico is like stepping into a cozy café in Havana; the sights and the sounds will welcome you in and the food will have you coming back time and time again. In nearly a year, Que Rico! Cuban Café has already become a part of the fabric of Magazine Street and the Riveras are happy to call their new location home.

“We want to stay in New Orleans and serve the community,” Rivera said. “We want people to know that we’re here.”