It’s worth the drive to the Parish, trust us.

After Maria Pereira Lawson gave birth to her daughter, the Brazilian native knew that she needed a change. She had been working as a hairdresser for years, but something told her that she was destined for more. Her idea was to open a restaurant offering the Brazilian street food on which she was raised.

“I told my husband and he was so excited about my idea of a casual restaurant,” she said. In August, Pereira Lawson and her husband, Jake Lawson, opened Quitutes Cuisine, located at 6617 West Judge Perez Drive in Arabi, under the guidance of chef Ju Freire, another Brazil native. The restaurant name, Quitutes, comes from the name of a popular Brazilian street food staple. 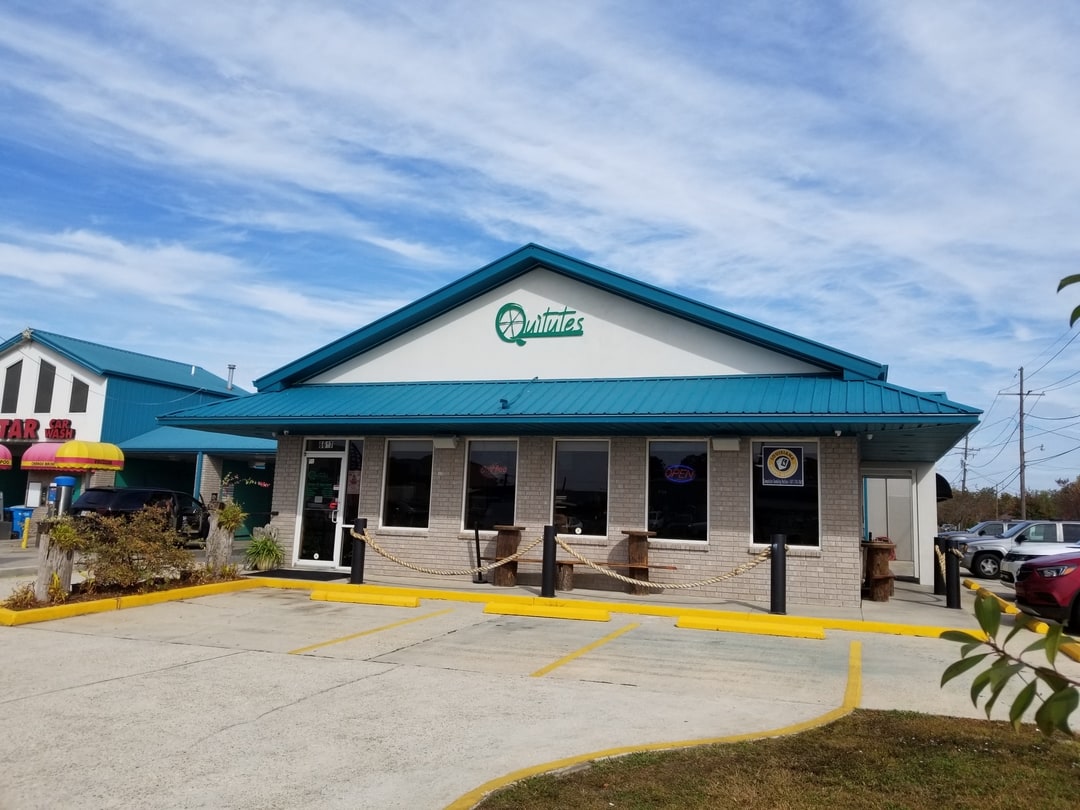 Speaking with Pereira Lawson and Freire, their passion for their food and their mission was obvious: she hopes to add the landscape of New Orleans cuisine by offering something different.

“I wanted to offer people the food that I miss from back home,” she said. “All of the food is what I was raised on — it’s family recipes. It’s all very traditional and simple, but good. I want people to eat here and think about the meal they enjoyed for days after. My dream is to introduce all of Louisiana to Quitutes and Brazilian food.”

Freire was more than happy to come aboard oncePereira Lawson told her of her plan to open a restaurant. Freire has plenty of experience in the kitchen and cooked in Brazil for 11 years.

“I think that a restaurant like this can work here because people in Louisiana like traditional food like this. Louisiana is similar to Brazil in a lot of ways,” she said.

Freire explained that Lawson has excellent taste and the ladies enjoy planning Quitutes menu together. “We try to create different things every week and come up with new ideas. I believe in Maria’s dream,” she explained.

The menu at Quitutes is simple but extensive. The theme here is fast street food meals that you can eat on the go. The restaurant opens early, 6 a.m., Tuesday through Thursday to serve up breakfast favorites such as crepioca — carne de sol Brazilian jerked beef and cheese ($6.99); a Quitutes plate ($6.99)- corn couscous, toast, Brazilian jerked beef, two eggs and fried cheese and pão de queijo ($4.99); Brazilian cheese bread served with ham, bacon, or Brazilian sausage, egg and cheese. The restaurant also offers breakfast classics such as eggs, hash browns, grits and toast.

The restaurant offers a variety of delicious, natural juices from the Amazon, so, when I was here, I started with the acerola juice, which was quite tasty and refreshing and not overly sweet. Pereira Lawson mentioned that two of her favorite items on her menu are bolinho de queijo ($5.69) and picanha grelhada ($13.99). Bolinho de queijo is a ball of cheese baked into a piece of bread — basically a breaded cheese bite. Quitutes’ version is amazing and light with flavorful cheese baked into soft bread. These bites were addicting and I was tempted to order more, but I wanted to save room for my entrée. Picanha grelhada is prime top sirloin, grilled to your liking, served with rice, pinto beans and vinaigrette. When I took my first bite of this dish, I could tell it was something special. I liked that the meat was seasoned well, tender and lean; I didn’t feel guilty eating this for lunch and the food wasn’t heavy at all. My personal preference was to mix the rice and beans together and enjoy it with the meat; this was an amazing combination of flavors. The vinaigrette was a nice, fresh addition, as well. My lunch was so good that I’m going to add it to my list of recommended lunches in New Orleans.

Quitutes is happy to serve folks “on the go” with their convenient drive-thru window, which allows for folks to swing by for a fast breakfast or grab lunch or dinner in a hurry. Pereira Lawson is already planning to expand, and will soon be opening another Quitutes Cuisine location on Veterans Boulevard in Metairie. If you’re craving more of the culture than what’s on the menu, Quitutes offers live Brazilian music every Friday from 9 p.m. to 11 p.m.

Club Couch: How DJ Raj Smoove brings the beats during the quarantine

In the times of the quarantine, when we’re confined to our homes, a local DJ is spinning up experiences to bring virtual vibes to the public.

Spending a lot of time inside? Spruce it up with NOLA-based decor

Home decor from New Orleans-based artists to spruce up your mood inside and remind you of our beautiful city.

Sundays in New Orleans is for second line culture -- by definition that means getting together. But in the times of the COVID-19 pandemic, the streets are now silent.

Just because you’re at home acclimating to this new life of social distancing doesn’t mean you can’t go on a journey. These 13 albums will take you on a trip...