To celebrate the holiday season with a distinct Italian flair, Avo restaurant is putting on its 5th annual Feast of the Seven Fishes dinners.

Avo, located on 5908 Magazine St., is serving a special menu to coincide with Festa Dei Sette Pesci, or Feast of the Seven Fishes. Avo’s Chef and Owner Nick Lama explained that the feast, which entails eating seven different seafood dishes, has roots in parts of Southern Italy like Sicily.

“The easiest explanation is that it’s kind of the Italian version of Réveillon,” Lama said. “Traditionally, it’s celebrated the night before Christmas, so on Christmas Eve. And the thought process behind it is that on Christmas you eat a lot of meat and roast and things like that. So, the night before, you eat fish to kind of have a lighter meal.” 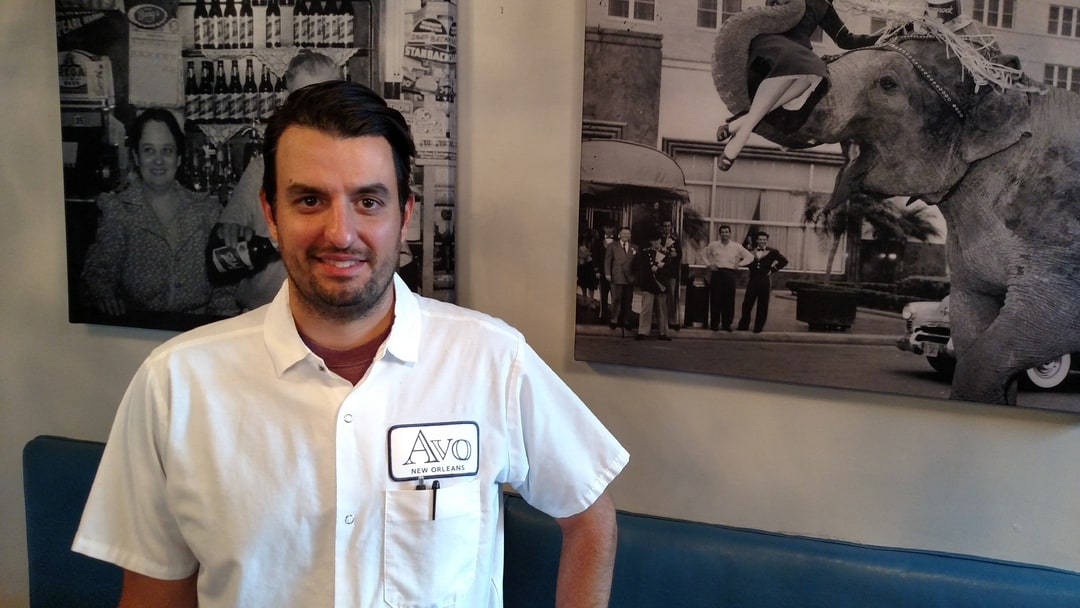 While not doing seven separate dishes, Avo is serving a four-course meal now until Dec. 28th, except on Christmas Day, featuring Gulf seafood and ingredients. This year’s menu, which is $67 per person with an optional $30 wine pairing, features dishes like fried oyster with celery root, apple slaw and oyster aioli; seared scallop with cauliflower and shellfish foam; shrimp spiedini with mirliton and breadcrumbs; and spaghetti ai gamberi with crawfish, arrabbiata, and trout roe.

“What I try to do is, which works out perfectly being from Louisiana and being so close to the Gulf, I try to highlight a lot of Gulf seafood and ingredients,” Lama said. “I think New Orleans and Louisiana are such unique places because of the Gulf and the seafood that we have. I think that the two really meld well together, that kind of Sicilian tradition along with these Louisiana ingredients.”

Lama said not only does he do the Feast of the Seven Fishes at Avo, but he also cooks the feast for his family as a way to bring everyone together for the holidays.

“We didn’t do it our whole life, but once I started cooking and taking it seriously, I thought it would be kinda something nice to do and kinda get back in touch with our heritage and things like that,” Lama said. “People grow up and they have families, and so things kinda change a little bit. So, I decided that I wanted to do the Seven Fishes Feast at my house and have my family over the day before to celebrate the holidays.”

Speaking of family, Lama has been familiar with the local and national culinary world since he was a child.

“My family owned the St. Roch Seafood Market,” Lama said. “Grew up kind of in that realm where, you know, we delivered seafood and things like that to some of the restaurants in town and they’d serve food out of there. I just always grew up to love cooking and stuff like that and then decided that’s what I wanted to do for a living.”

Lama said he also gained valuable experience for his career by working at Muriel’s Jackson Square on 801 Chartres Street for about two years and then studying at the French Culinary Institute in New York City.

“From there, I came back to New Orleans and took a job at Gautreau’s and worked there for five years and went from a line cook all the way to chef de cuisine,” Lama said. “And then in 2015, I took over the lease here and we’ve been operating for about four and a half years here.”

One thing Lama recommends people who are interested in Avo’s holiday feast should do is make early reservations.

“The first kinda two or three weeks before Christmas, it’s not as busy during the week,” Lama said. “But as it gets closer to Christmas, obviously, it gets busier and the reservations start to book up.”

Lama said the Feast of the Seven Fishes is special to him not only because of his Sicilian, New Orleanian, and food industry background but also because he believes it’s a good way to celebrate Christmas with loved ones.

“Life is crazy and, especially the holiday season, I think a lot of people put a lot of pressure on themselves,” Lama said. “So I think to be able to go out and, whether you do it at home or come to a restaurant to do that, I think to get together and just celebrate each other and have a good time and a good meal and talk and laugh and all of that, I think truly is what Christmas and what that season is about.”

To make a reservation at Avo for the Feast of the Seven Fishes dinner, call (504) 509-6550 or visit www.restaurantavo.com.