Just in time for Carnival, a guide on where you can kill that epic hangover

It’s Mardi Gras season, people. You know what that means? It’s time to start talking about ways to kill that epic hangover you will inevitably acquire on a possible school night. It is the opinion of this seasoned Carnival hangover slayer that there is no better killer of the dog that bit you than a good old fashioned egg sandwich.

Everything you need all in one bite. Protein, grease, fat, and bread. These things are scientifically proven, I’m pretty sure, to make you feel better the morning after. Have you ever heard a person with a brutal hangover say, ”I just really need a salad right now?”

I didn’t think so.

Food of the gods — I’ve loved egg sandwiches since I was a kid. But as an adult, I’ve become a connoisseur, an egg sandwich expert per se, always on the mission for the perfect one, totally enamored, yolk all up in my beard.

There are a lot of really great egg sandwiches in the city of New Orleans. Here are a few that I think will ease that Mardi Gras Parade route pain in no time flat: 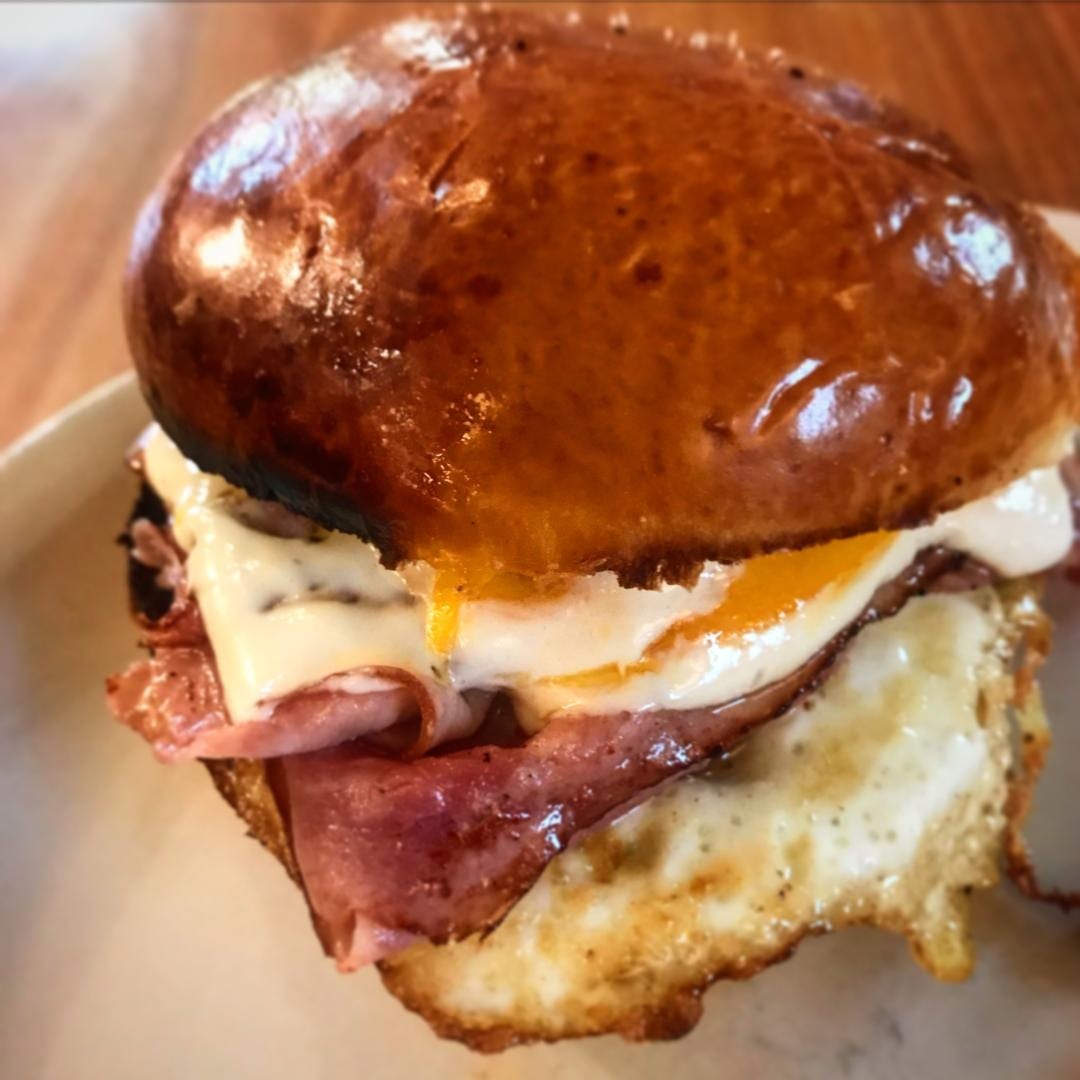 I don’t know why they call it “The Dom.” But I know that this egg sandwich has ooze factor. Runny fried eggs are stacked with a nice thinly sliced sweet ham. Melted sharp cheddar cheese joins the party. A healthy smear of Dijonnaise is tangy with a little bite. All piled up on an airy, slightly sweet brioche bun. This is one of those breakfast sandwiches that oozes down your arms as you eat it unless you power through it before it has a chance to drip all over your new purple, green, and gold shirt. 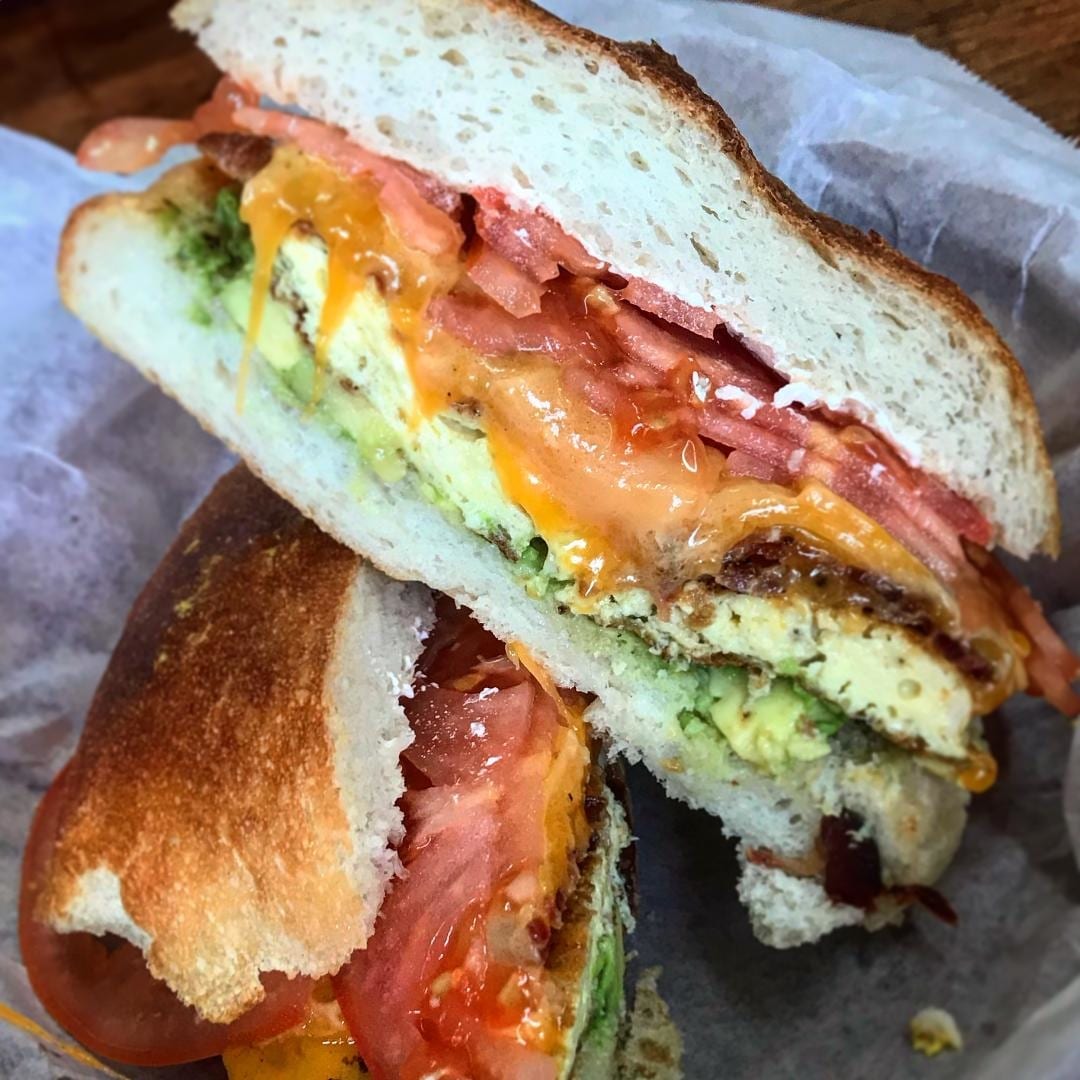 A good deli is a choose your own adventure. The total possible outcomes of sandwich configurations are only limited to your time and your imagination. Sure, I get stuck with the specials sometimes because they are already solved equations, but sometimes you have to strap on that thinking cap and prove that you are a breakfast sandwich smarty pants. Steins is no different. Swap out the bagel for fresh, house-made ciabatta bread. Heap on the scrambled eggs, super smokey Nueske’s bacon, the cheese of your dreams, and some tomato and avocado for good measure. Smile. Life is good. 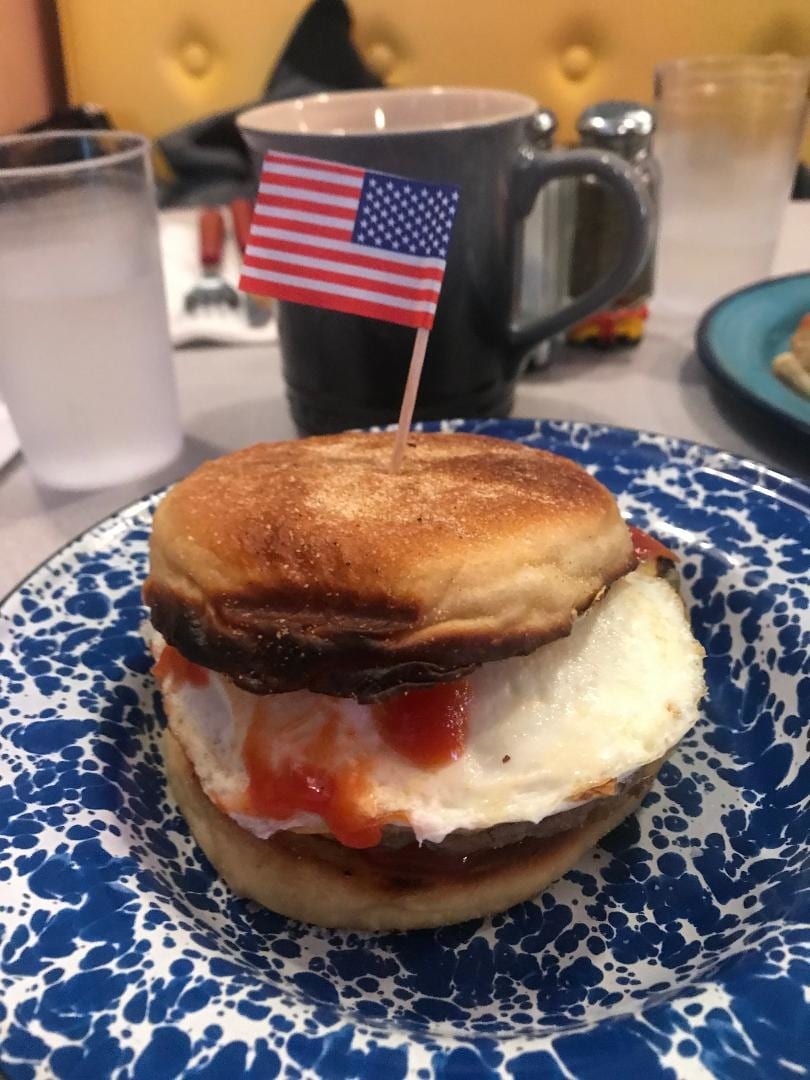 You know you are guilty of ordering a bag of Egg McMuffins on UBER Eats while laying in bed feeling sorry for yourself after doing shots of well whiskey at that dive bar whose name you dare not utter in your current misery. Here’s a better option. Drag yourself out of bed (you are probably still wearing the same clothes from last night anyway, winning) and get yourself over to Molly’s. The grand slam McMuffin here beats the Golden Arches any day. House-made sage sausage, hash brown, fromage American, and ketchup on a fresh-baked English muffin. Slap a sloppy egg on there and stare at the Michael Bolton poster upstairs until you start you feel better. Trust me, it works.

Don’t let the name fool you, hippie kitchen isn’t all tofu scramble and quinoa. They rock a killer egg sandwich here. A well seasoned and fluffy yard egg scramble joins a good sharp cheddar and bacon on their perfectly executed house made bun. The star of this sandwich is the chili aioli and house made Sriracha though. Spicy enough to wake you up, without needed to chug one of their fresh squeezed juices. Did I say the house made bun is good? It really is- 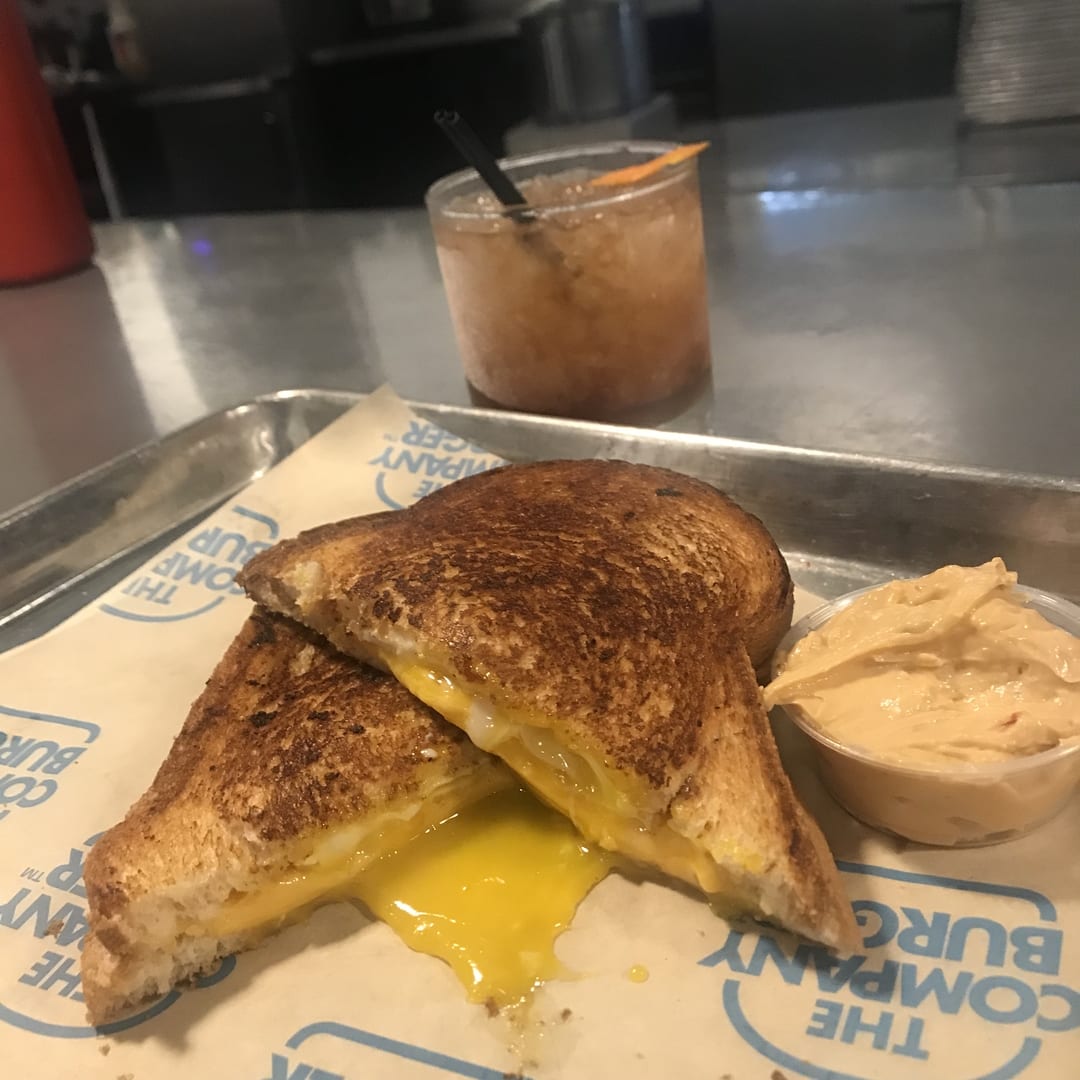 Hear me out. I know it’s a burger joint. Desperate times call for desperate measures. I’ve got the Mardi Gras cheat codes. This is one of those menu hacks that will change your life. It’s not advertised on the menu, but if you order one of their hot, ooey-gooey grilled cheese sandwiches and add a fried egg to it? It’s just like your momma made them. Maybe better. Totally better. Pro tip? Jack it up with the chipotle aioli at the mayo bar. You’re welcome. 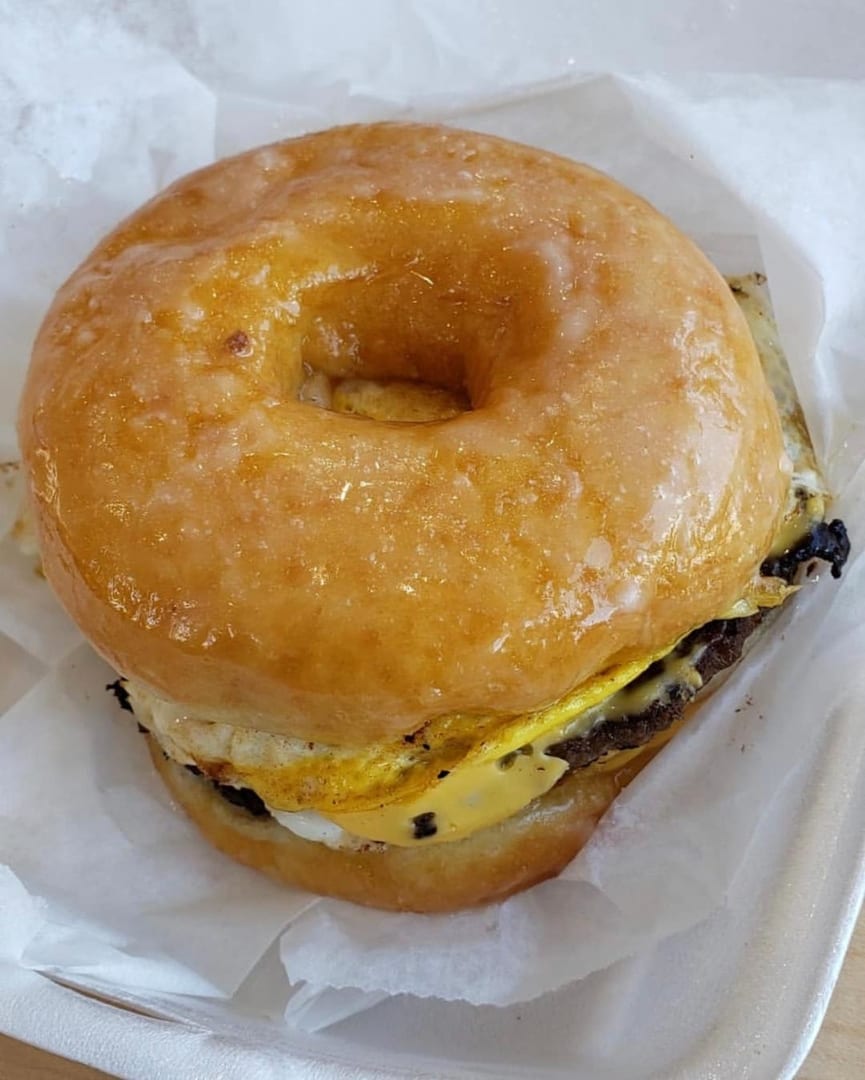 This is New Orleans. We know how to party, we are professionals at it. So let’s just say that sometimes we need something a little, extra, to slay the beast that is the Mardi Gras morning after. Enter City Donuts. Don’t laugh at me when I say order the hot sausage egg sandwich with cheese and slap that bad boy on a fresh glazed donut instead of a bun. If this sweet and salty monster doesn’t take care of whatever curse the drunk version of you put on yourself last night, you might be dead. Bonus? This place never closes. NEVER. 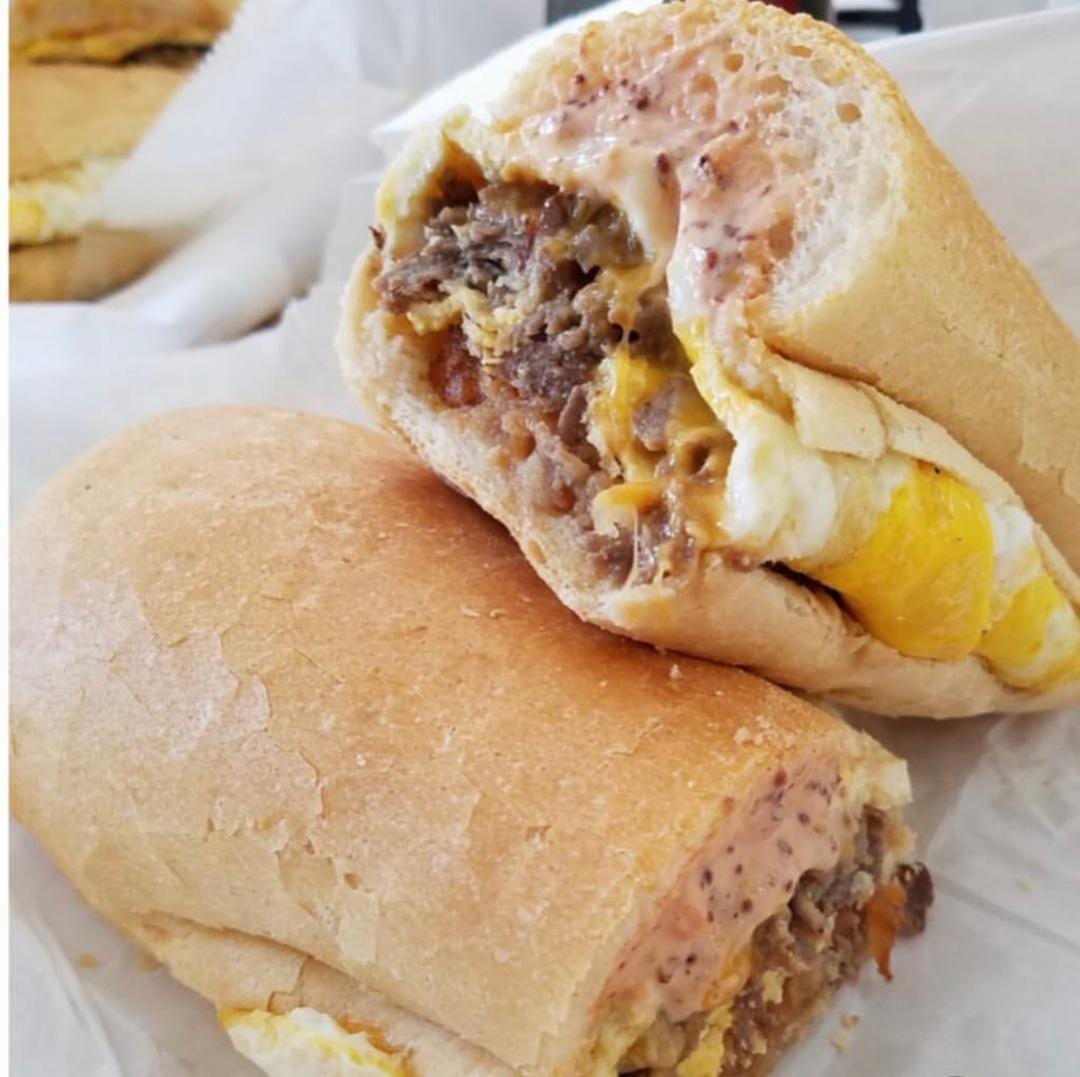 Warning. You are about to pass the point of no return. What I am about to tell you should come with a waiver. I am in no way responsible for what you do with this information or how much weight you may gain. Seriously, here goes: There is no greater beast of a breakfast sandwich in the New Orleans area than the steak and egg po-boy at Favori Deli. Due to proximity, this deli has been killing the college kiddos collective hangovers for years. They know what they are doing. They have it down to a science. This massive sandwich is stuffed with thin sliced rib eye, cheddar cheese, hash browns and a tangy house mayo. You could split it with someone, but trust me, you won’t. 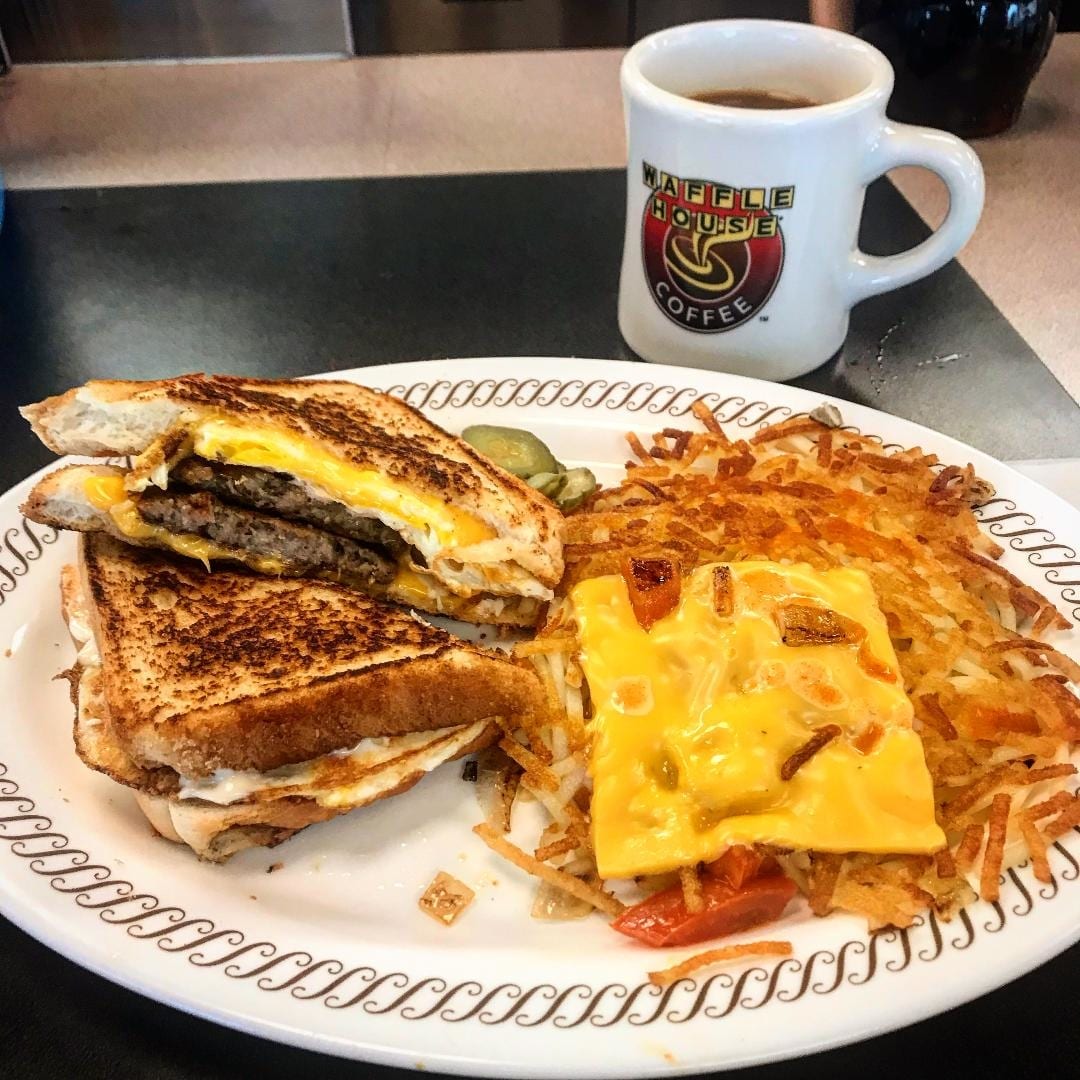 I know it’s a corporate chain. I know there are better places. But if you can’t get down on a patty melt with an egg on it and a pecan waffle at 4 a.m. after 16 hours of catching beads and slamming cans of terrible domestic beer, we can’t be friends.