On Saturday, a treasured corner of City Park will reopen after receiving $800,000 of renovations and improvements since it closed in July.

The Storyland theme park first opened in 1956 as one of many similar smaller children’s parks across the nation. It is now one of the few still open, and the massive facelift should help ensure its continued longevity as a mainstay for New Orleans youth.

The staff has worked hard to make Storyland a more accessible, comfortable, educational and fun place for children to engage with their favorite storybook characters. 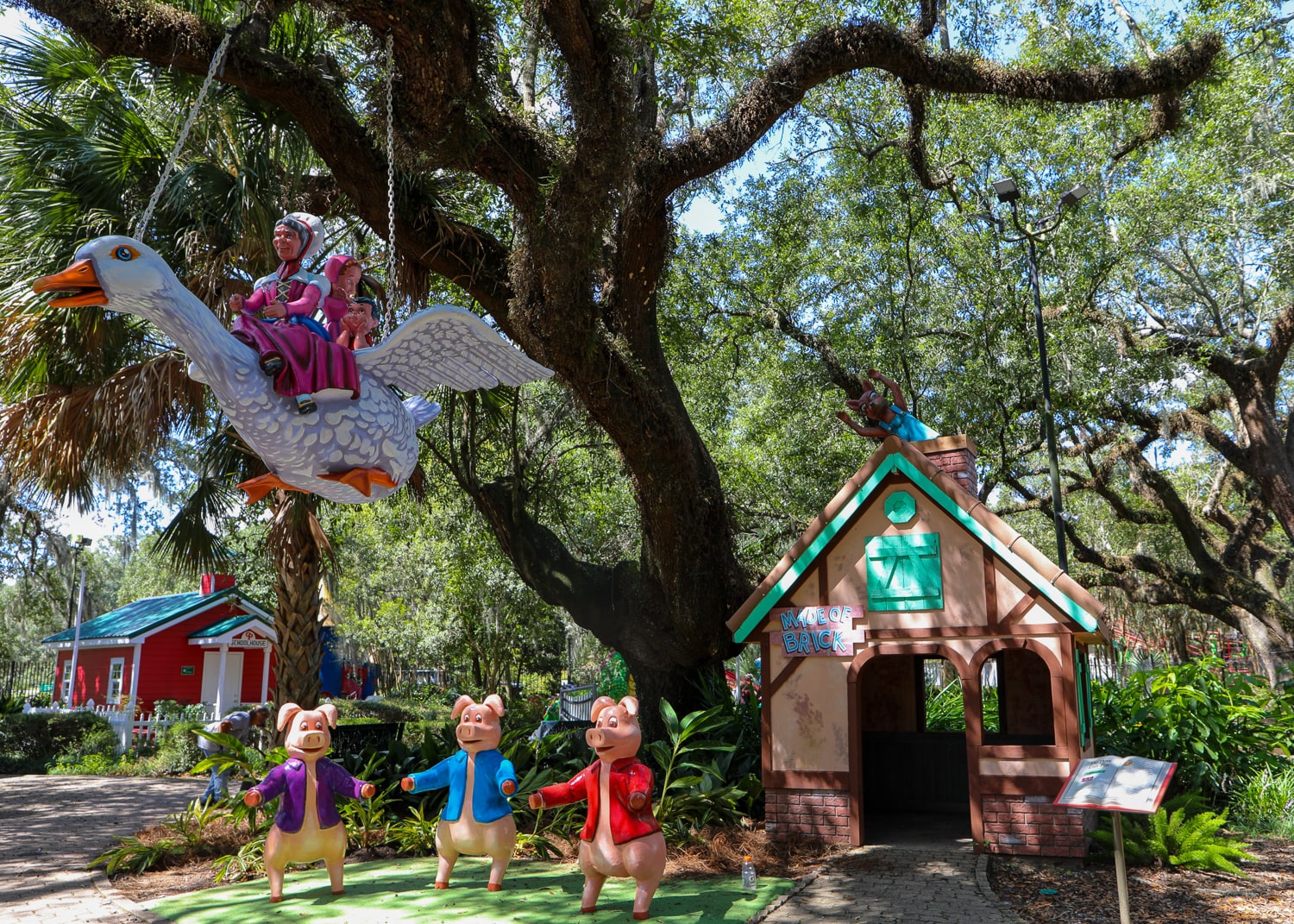 There are now ramps leading up to Captain Hook’s pirate ship, and Cinderella’s pumpkin carriage has been lowered to make it more accessible as well. Children can now slide out of a fire-breathing dragon’s mouth at a more controlled speed than before, and play areas that were formerly mulch and dirt have been covered with bright rubberized mats to keep the kiddos clean. A delightful life-sized Candyland trivia game has been built around the Gingerbread House, which has always existed as a clever way to disguise the pump house for the park’s water features, but which offered no real opportunity for play before the renovation. Alice in Wonderland’s crooked house has been decked out with fun mirrors (not to mention a new 10-foot-tall Alice), and you can expect the park to be filled with the tintinnabulation of the colorful chimes and xylophones that have been added to the Zydeco Gator’s exhibit. 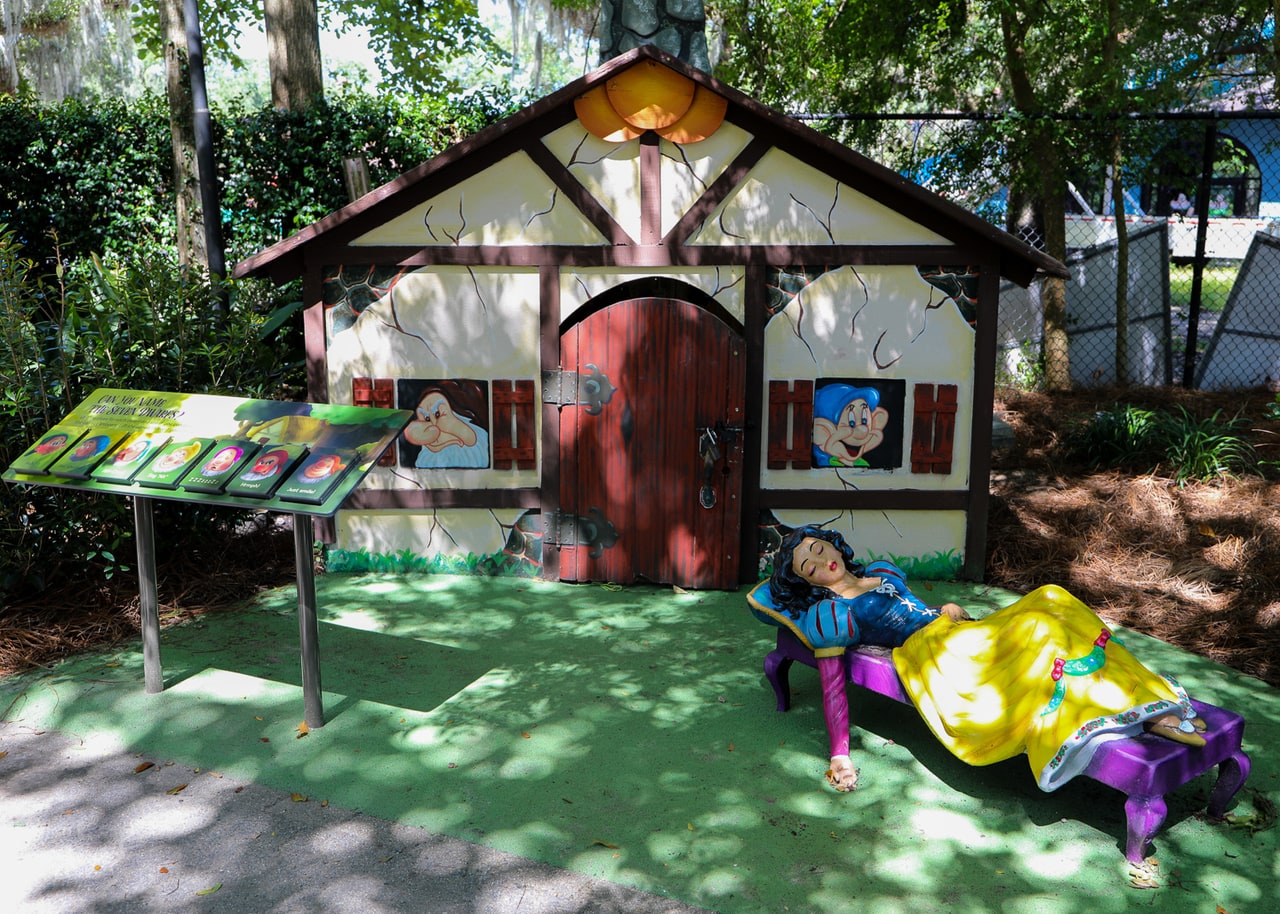 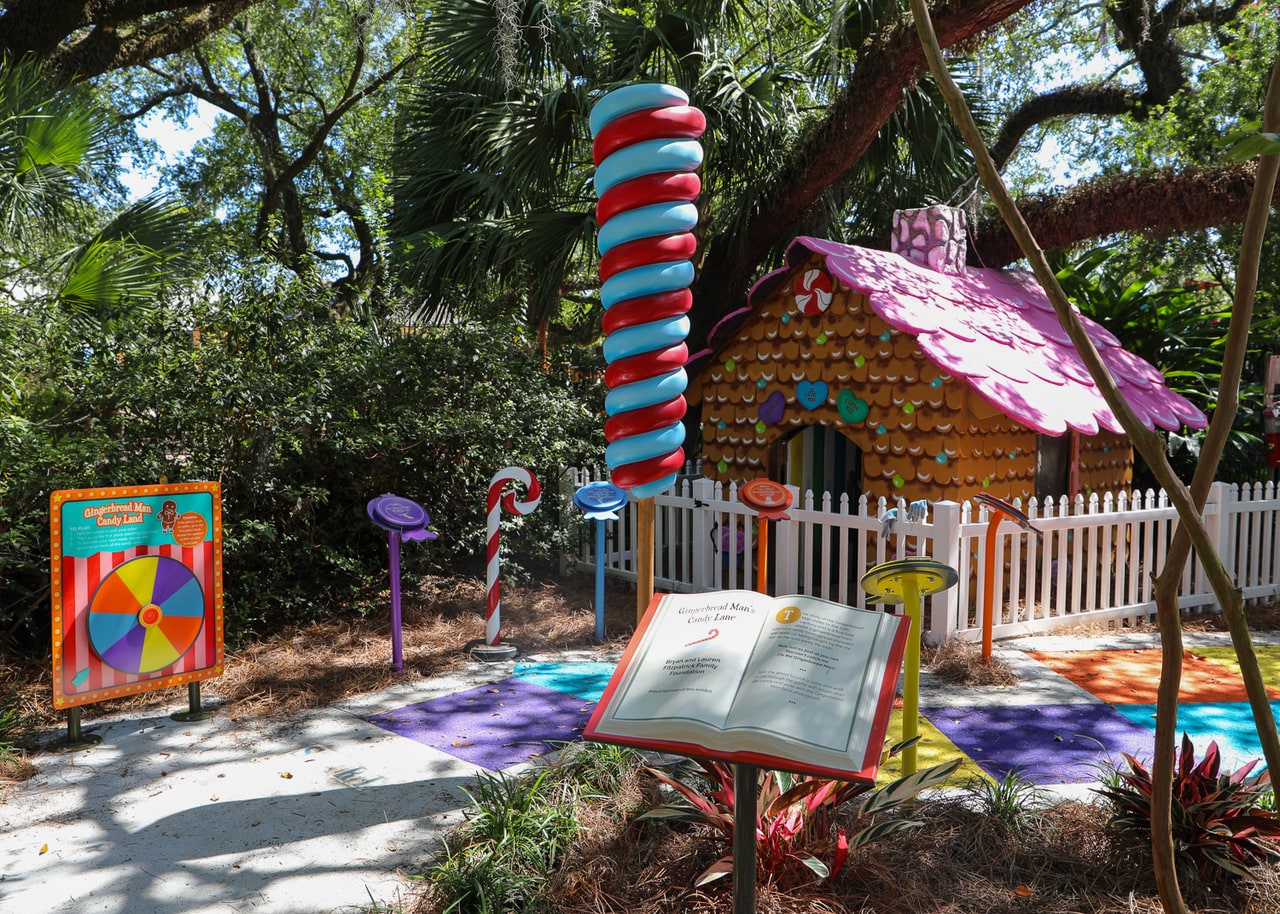 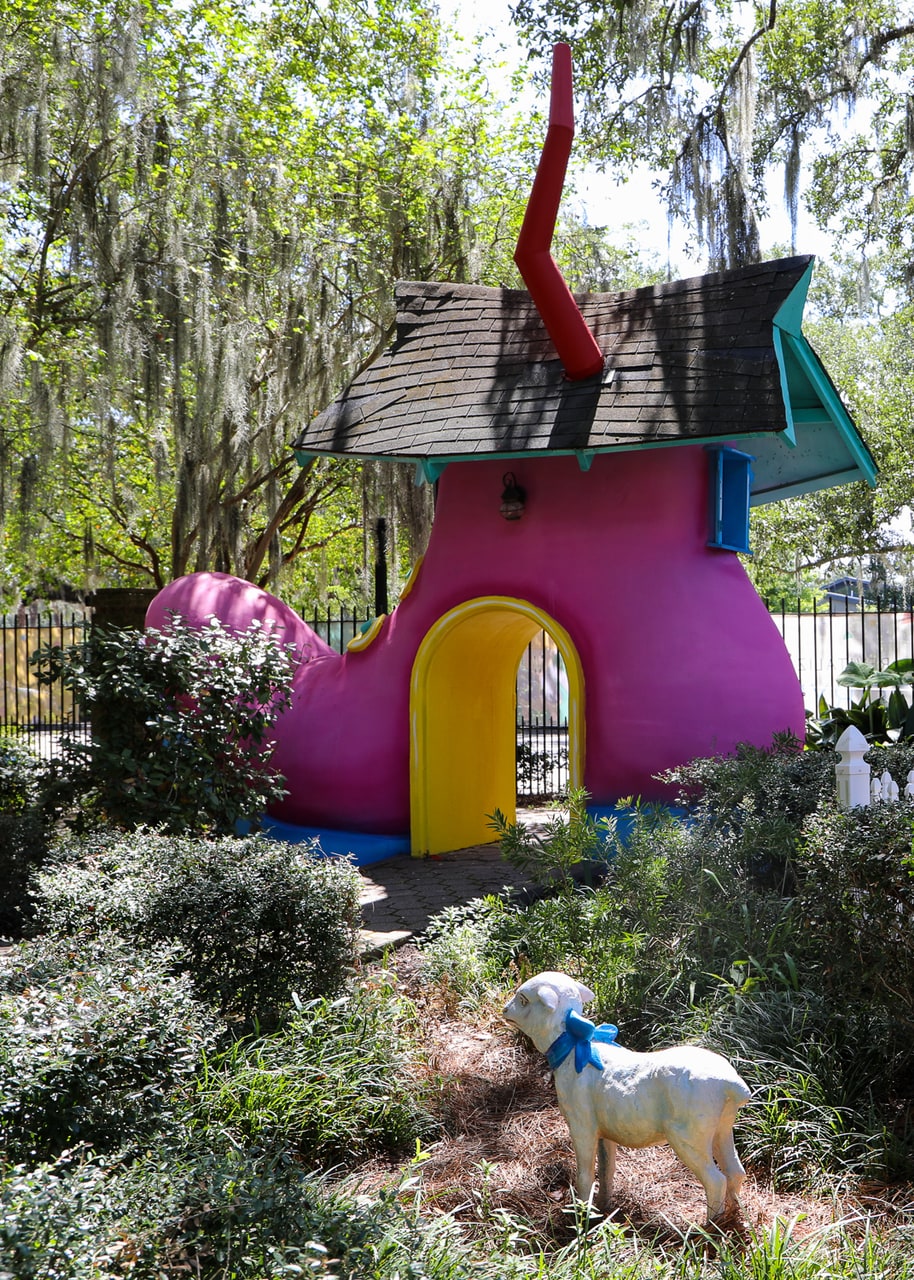 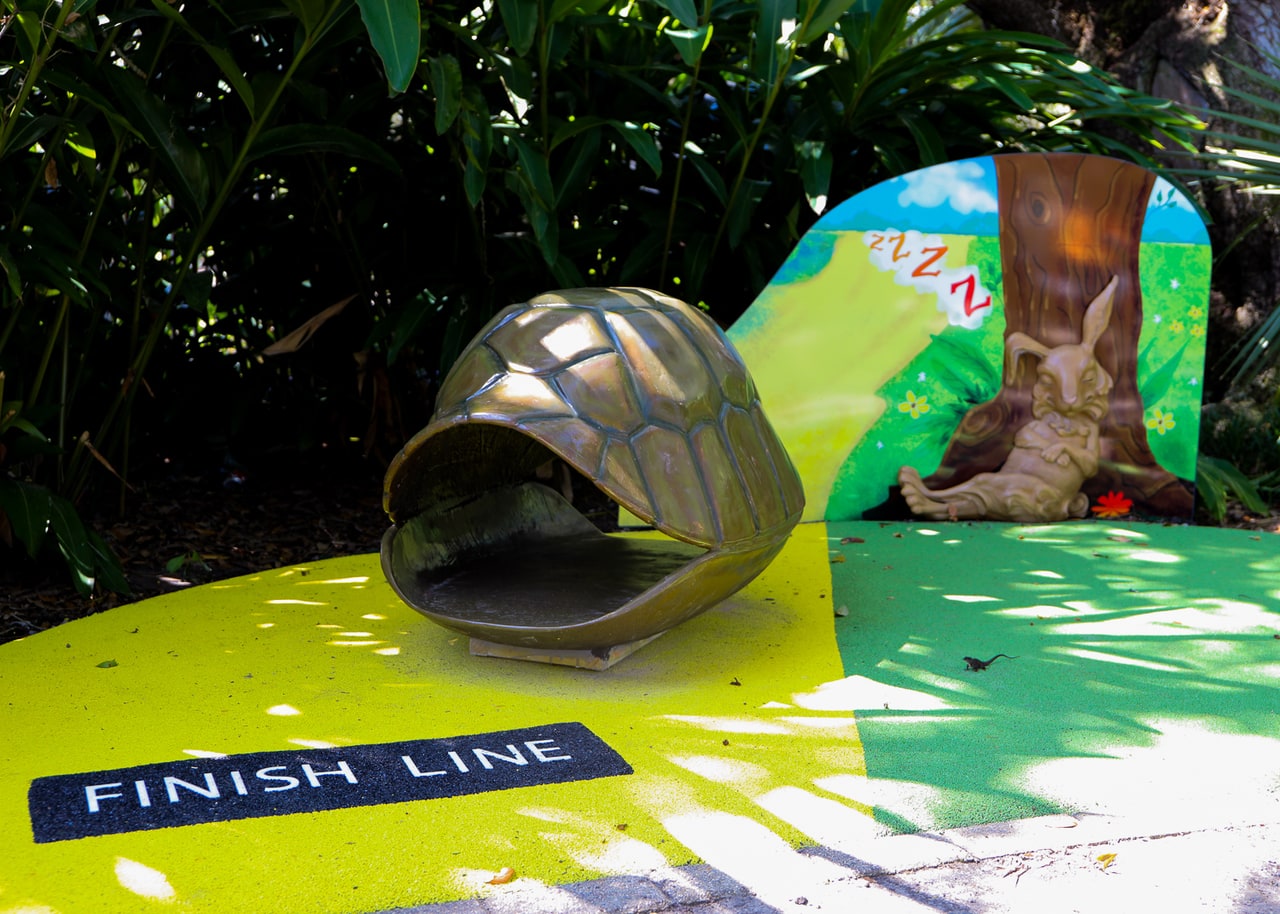 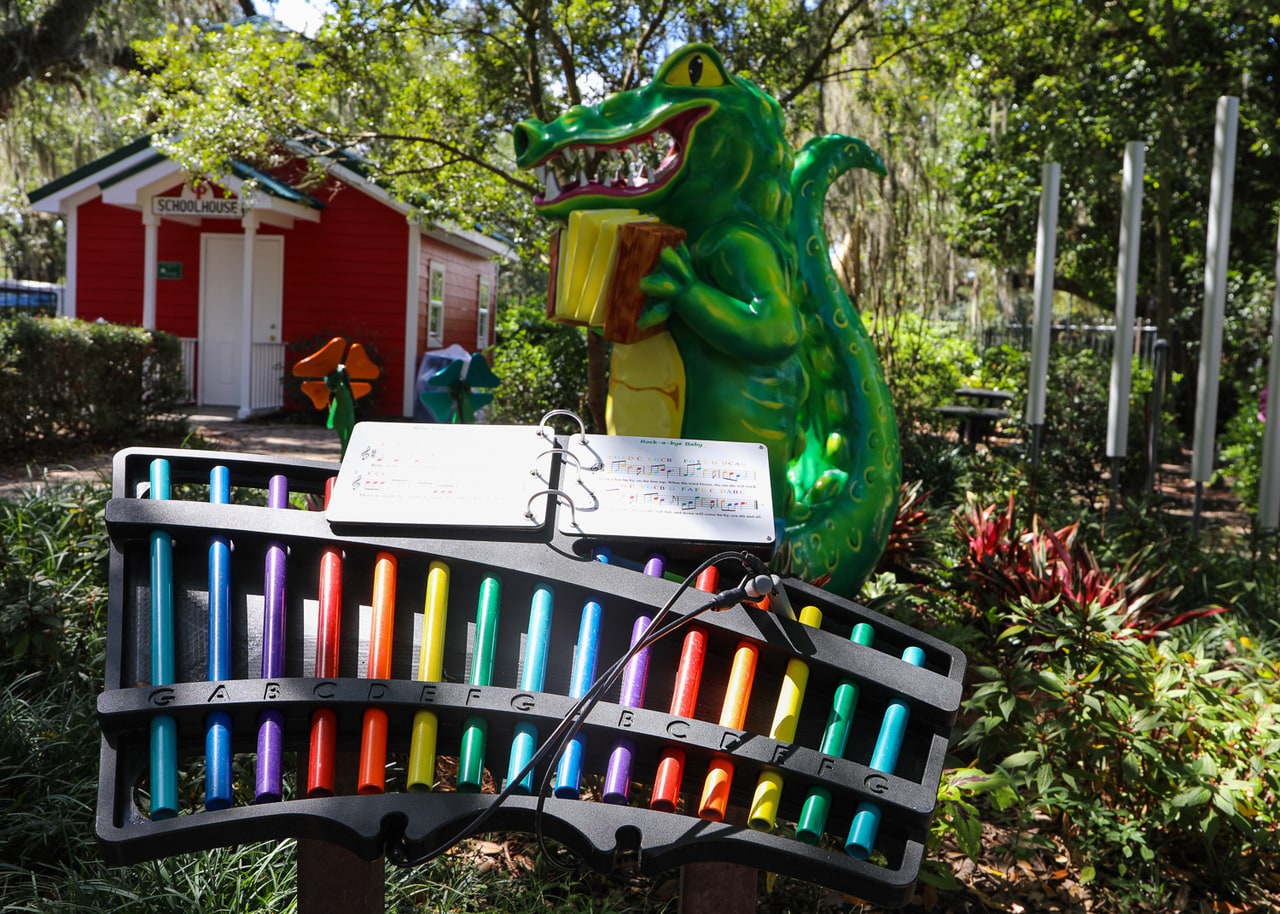 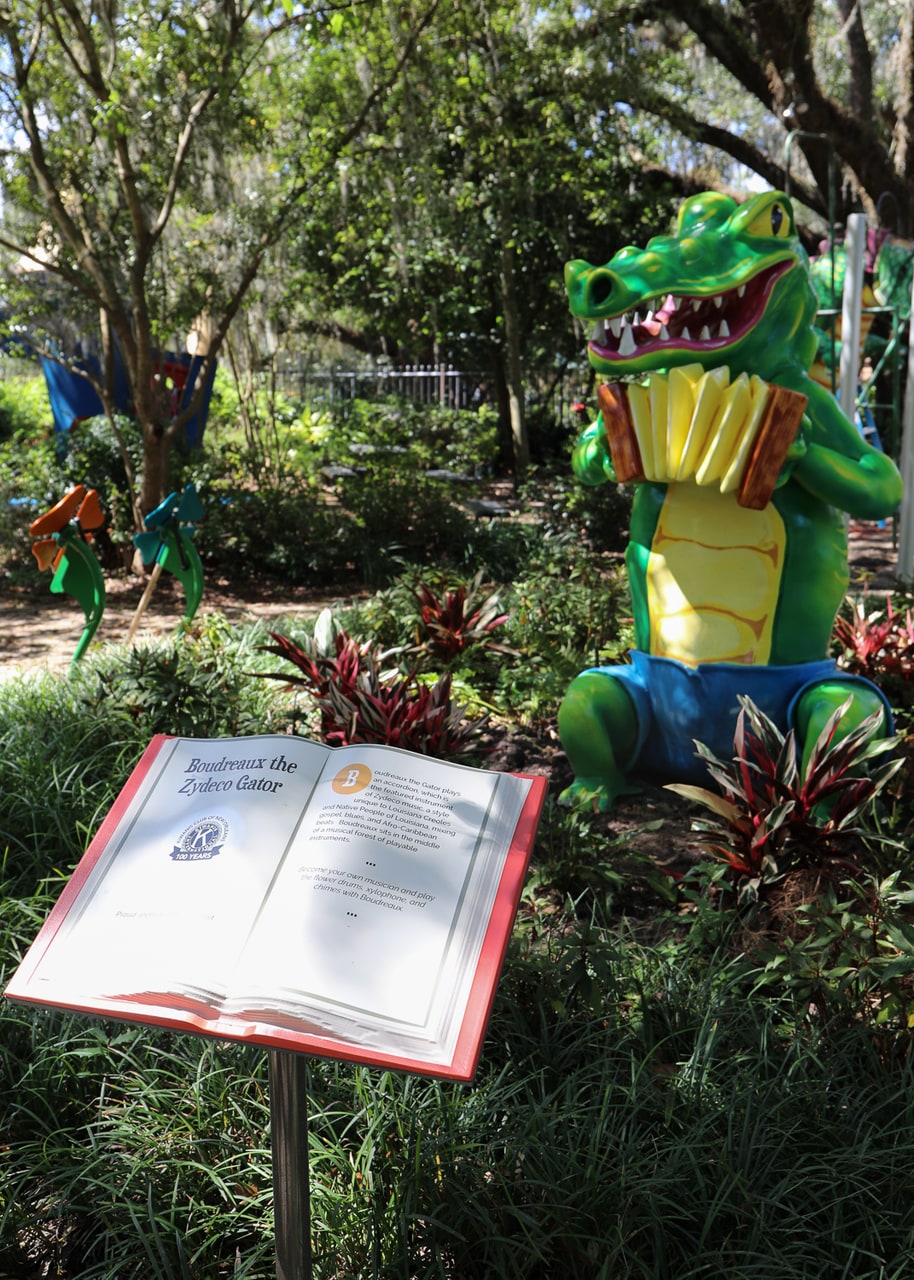 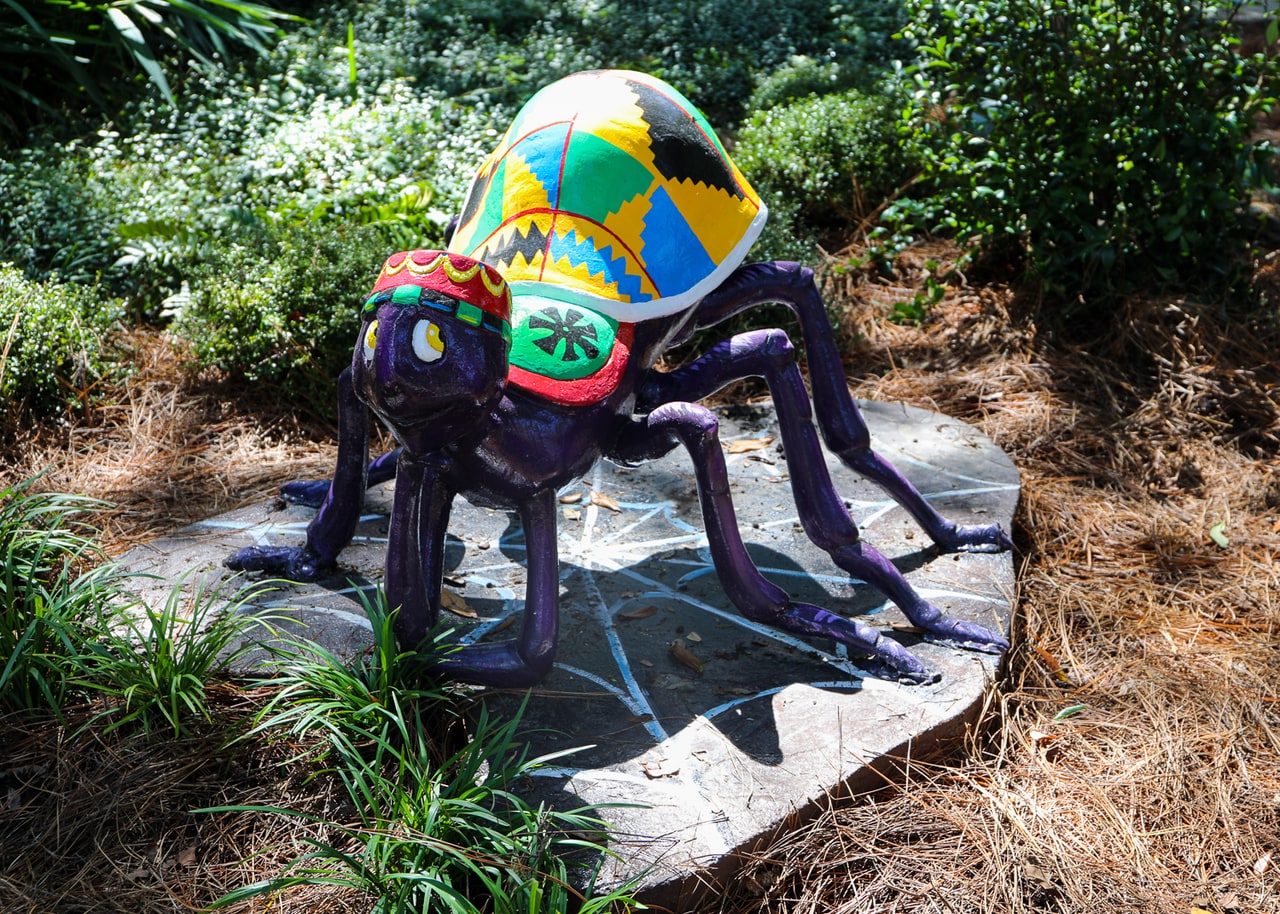 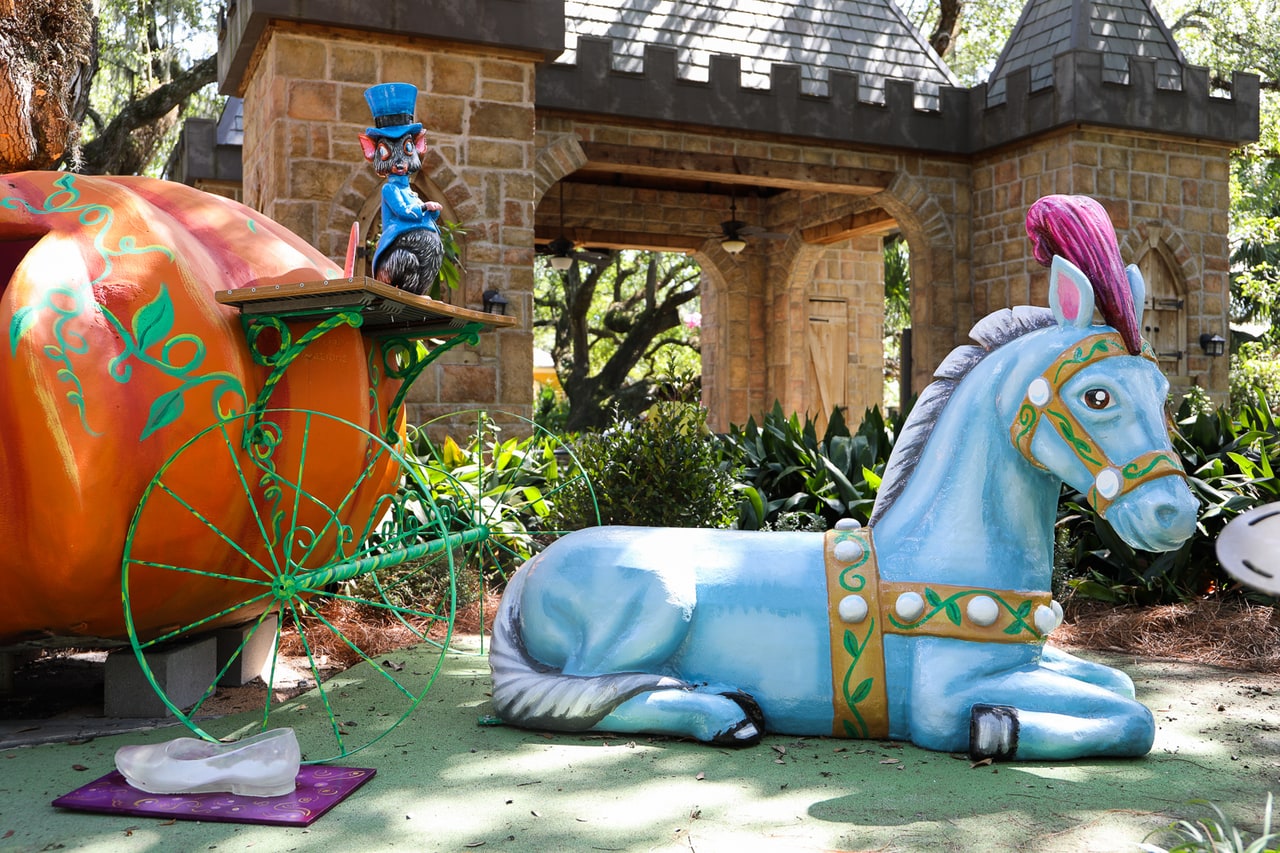 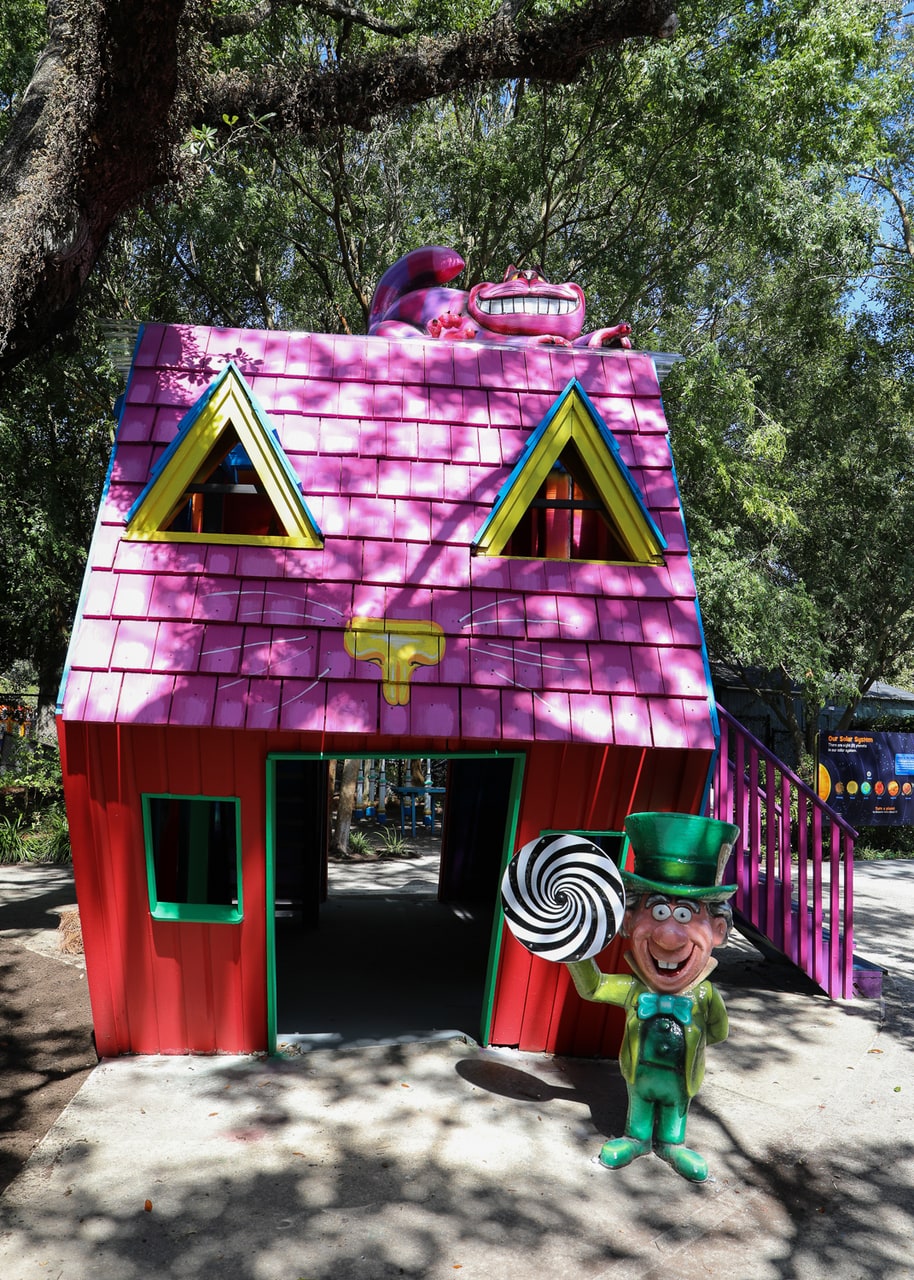 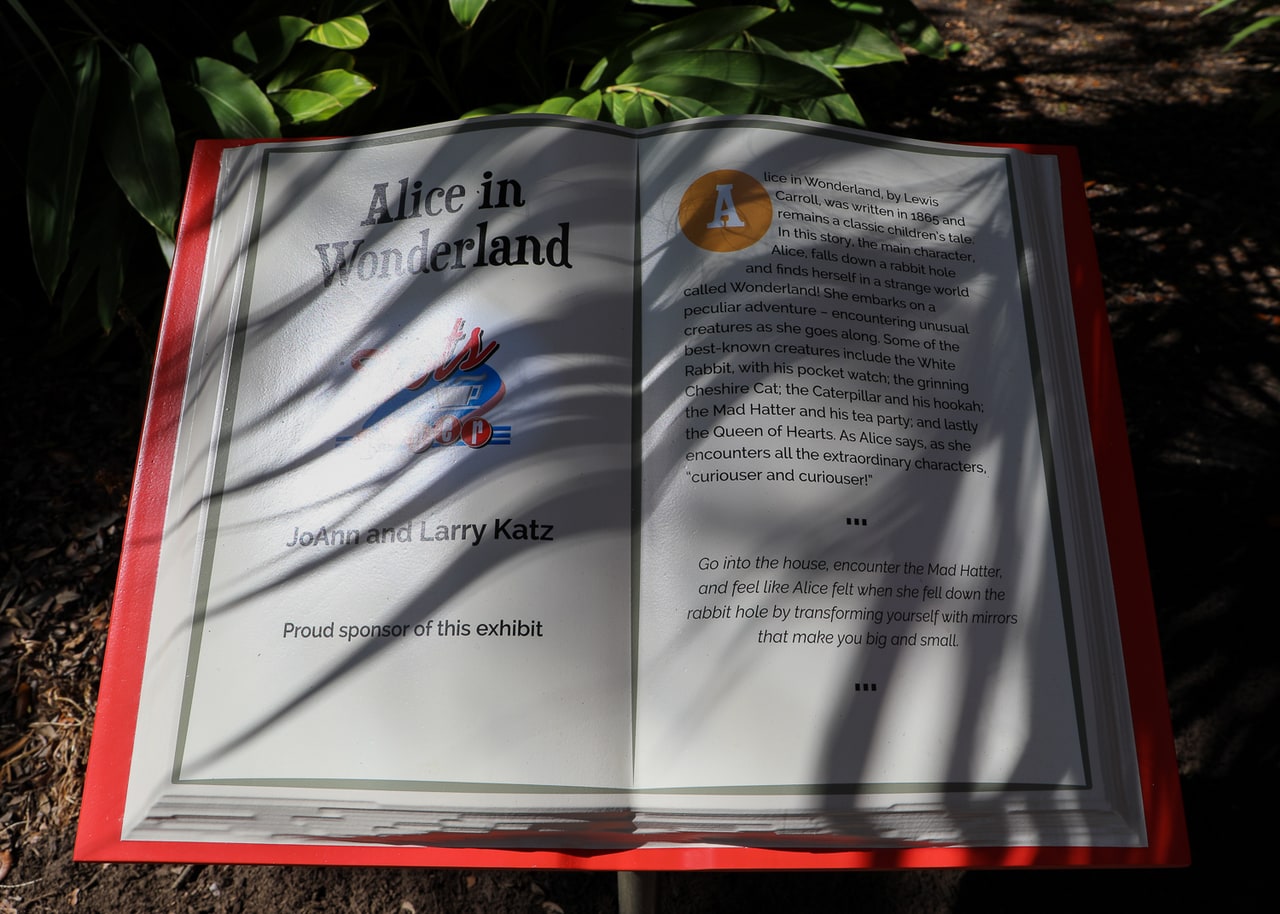 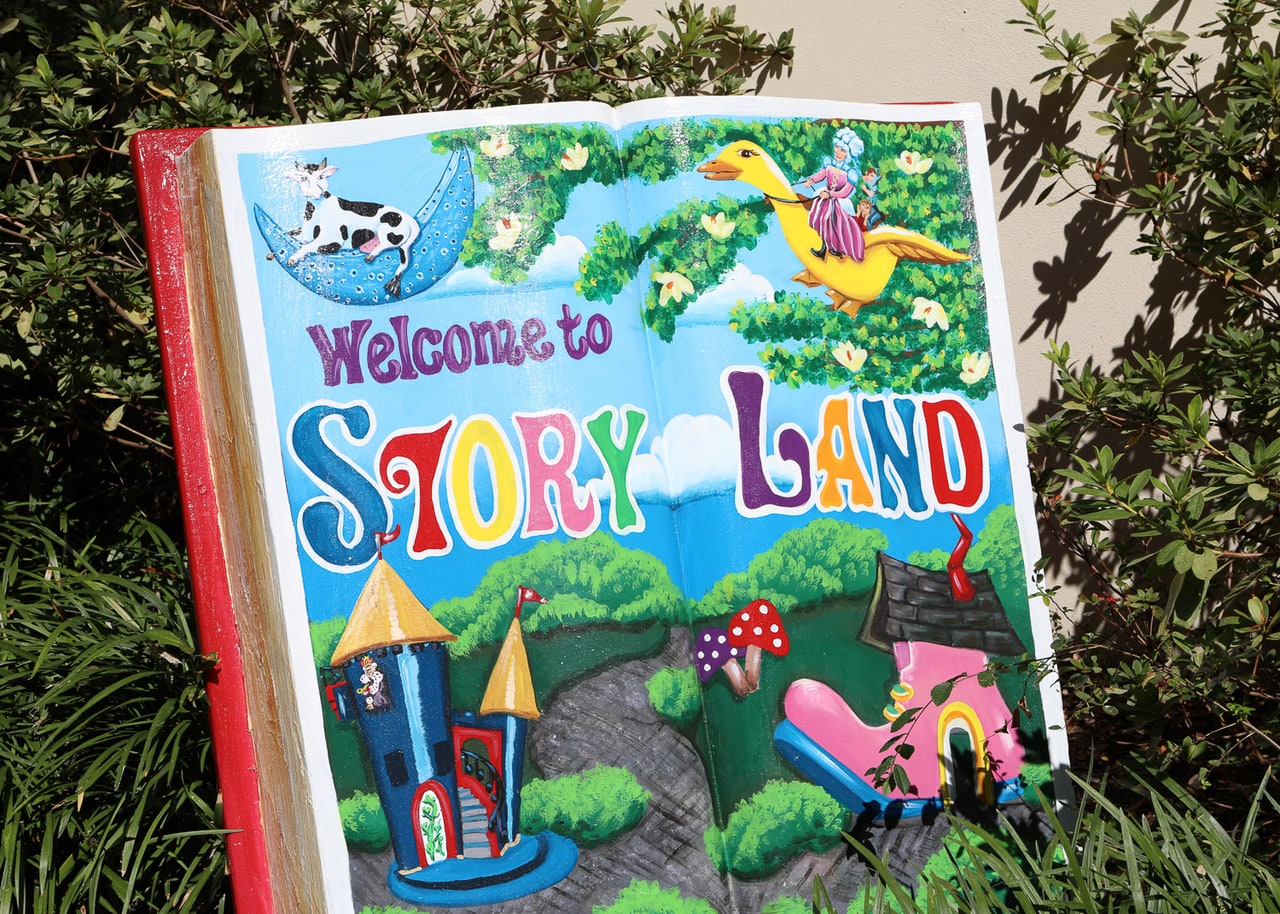 Perhaps none of the exhibits exemplify the multifaceted nature of the park’s upgrades as well as the STEM-oriented replica spaceship (present in the park because the cow jumped over the moon, of course).

It was lowered to ground level so that it no longer requires stairs, and has panels detailing the important contributions to America’s space program made by women and people of color. Outside there’s an engaging exhibit about the planets, and inside kids will find a manipulable control panel they can play with. 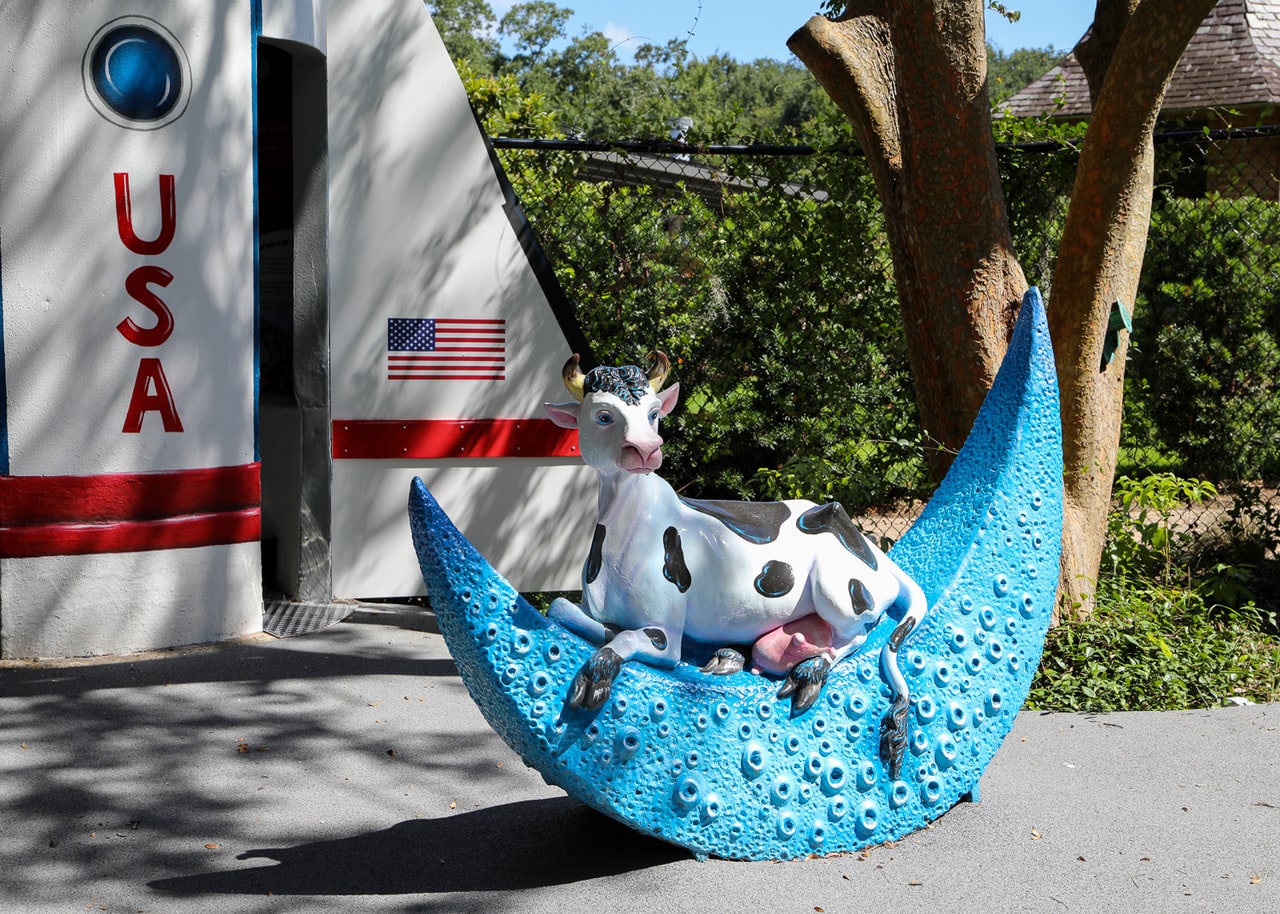 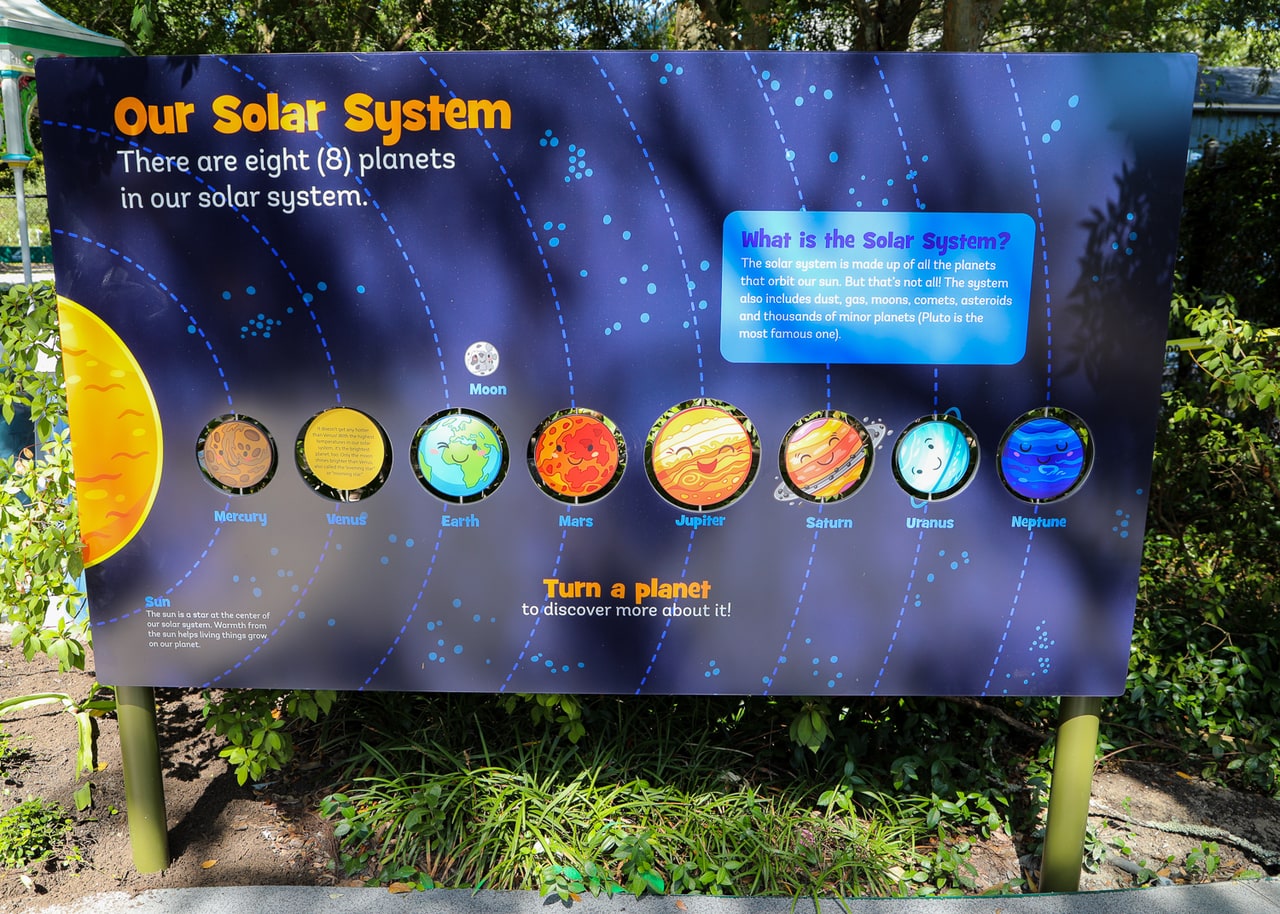 Amanda Frentz, City Park’s director of public relations, was particularly excited for Charles Bolden’s orange space suit (appropriately nicknamed the “Pumpkin Suit”), which was loaned to the park by NASA itself. The suit will remain housed in the Tolmas Visitor Center adjacent to Storyland to keep it safe, but guests are very much encouraged to pop inside and check it out as part of their Storyland experience. 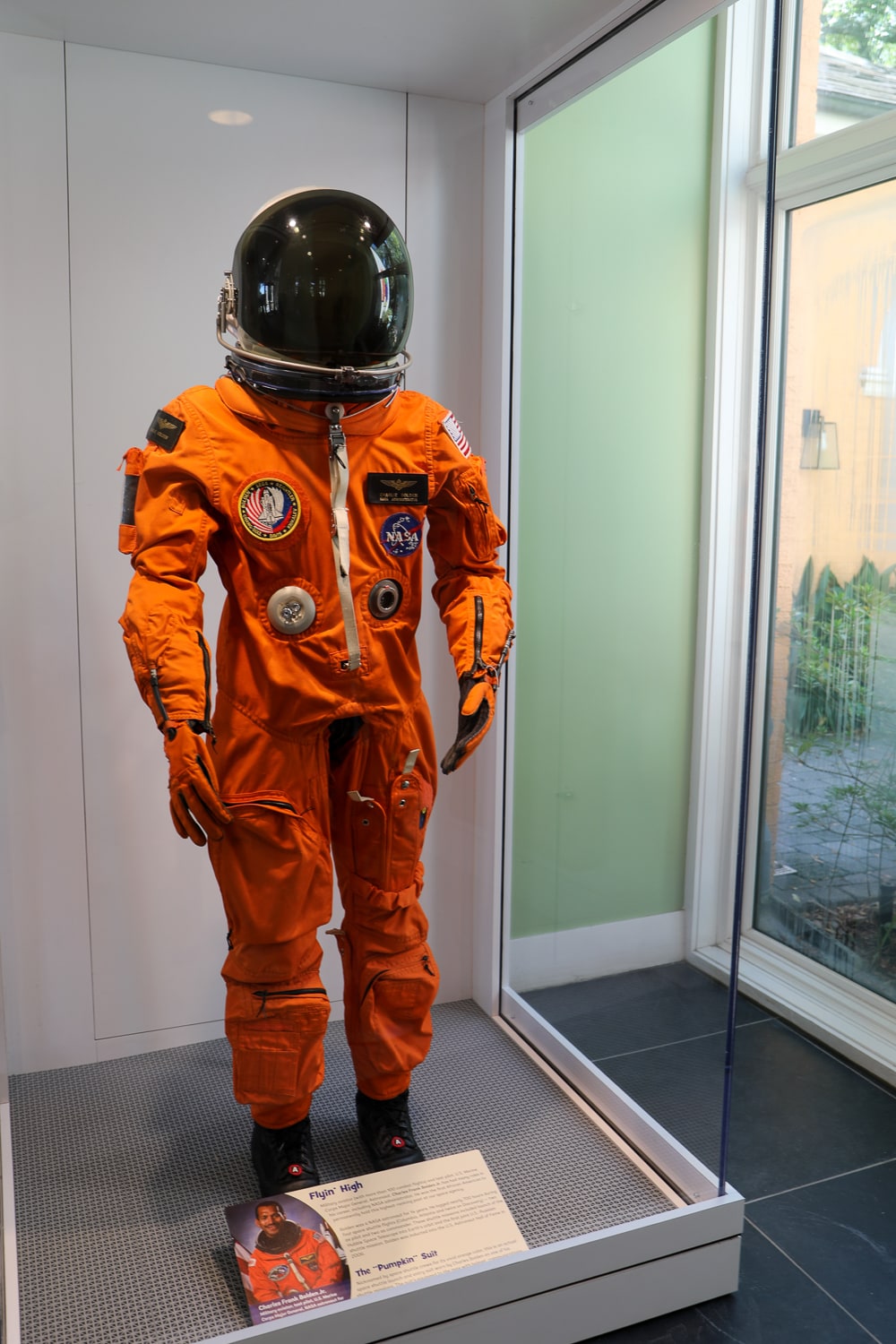 “Our people drove out to Houston in the hurricane for that feature!” Frentz said.

She was also proud they were able to modernize and improve the park so drastically while maintaining its relatively low-tech charm. Sure, there are buttons and lights in the spaceship, its floor will shake to simulate blast-off, and you can see a mesmerizing aquatic scene in the mouth of Pinocchio’s whale thanks to a projector, but it was very important to park staff to provide visitors with a rare screen-free experience.

“We really want this to be a ‘put down your phone and hold my hand’ kind of place,” she said. “We tried to make everything as hands-on and interactive as possible, and to make it a place where kids and their parents can really play together.”

Naturally, staff also found a variety of ways to keep the park quintessentially New Orleans, to include naming the aforementioned Zydeco Gator “Boudreaux”, laying out the “Start” and “Finish” lines of the Candyland game in classic New Orleans street tiles, and including a colorful statue of beloved local author Coleen Cole Salley on a bench. Epossumondas, Salley’s equally beloved marsupial character, sits on her knee. Thirteen local artist groups were enlisted to create all of the new installations, with the exception of the candy in Candyland and the motorized boats that children will be able to remotely navigate around the Little Mermaid. 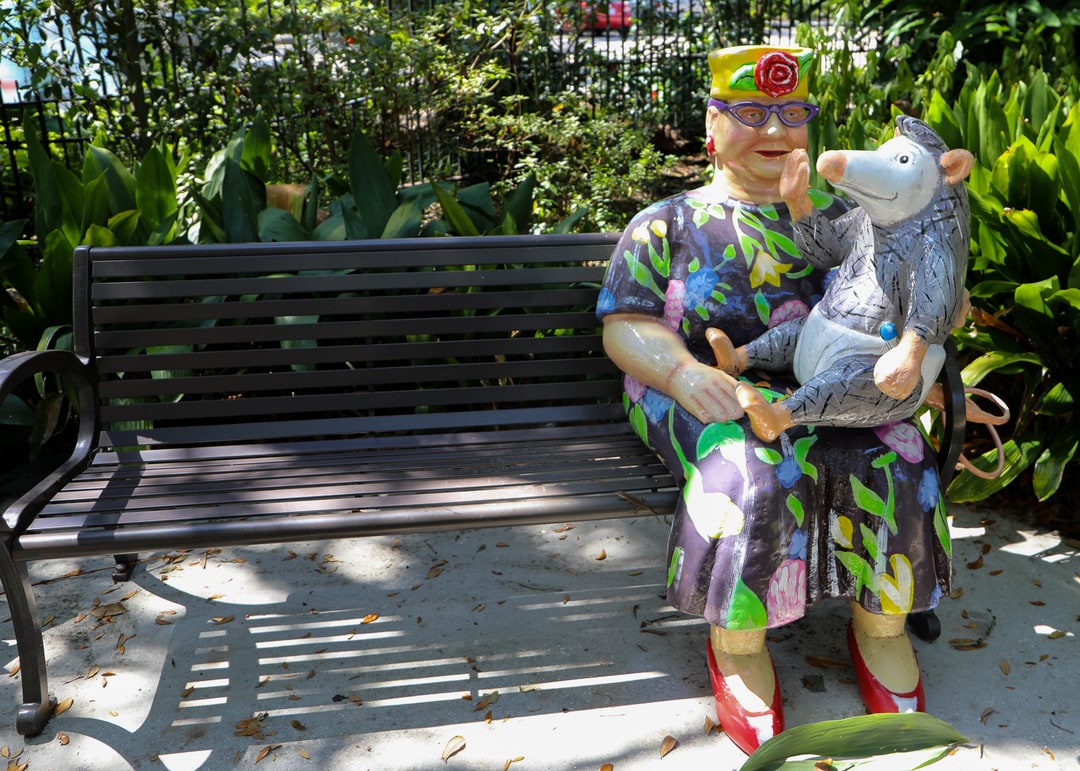 Already, Storyland has teamed up with local fitness organization Move Ya Brass to host weekly “Baby Bounce” exercise classes on Wednesday mornings, and they expect to schedule additional programming such as tea parties and storytelling sessions soon. Storyland is located next to City Park’s lush botanical gardens, and don’t forget that the New Orleans Children’s Museum just reopened in City Park earlier this year, as well– there are tons of ways to turn your trip to Storyland into a full day of family-friendly activities!

Storyland tickets can be purchased in the Tolmas Visitor Center at 5 Victory Drive, or online at www.neworleanscitypark.com/in-the-park/storyland.
Admission is $5. Children under 36 inches tall are admitted free.

New Orleans entrepreneur Mari Alejos-Puente is taking you on a trip with her globally-inspired cosmetic line, born out of her love for travel and nail polish.

Local entrepreneur Tiffany Brown took her love of candles and the city of New Orleans, combining them to make Wicks NOLA. Her brand of unique scents reflects the culture of...