From Ms. Linda and her yakamein to the infamous “Towel Man,” local vendors are taking a hit during COVID-19.

Before the world stopped in March, Linda Green was on a high. The New Orleans chef known as the Ya-Ka-Mein Lady had just wrapped a busy Carnival season’s worth of catering jobs for local businesses and the NOPD, and she was ready to roll right into French Quarter Festival, Jazz Fest and the final stretch of second-lines until the hottest months of summer. It’s a crazy mess of big events and crowds, but that’s how Green thrives.

If that loss wasn’t enough, the salt in the wound came quickly after: Five brand new ice chests and some of her pots for big catering jobs were stolen from Green’s back yard.

“It was another hurting thing,” she said. “I had to put it in my mind and say, ‘Don’t worry.’ I couldn’t put my mind on things like that, I had to think about other things.”

That push to figure things out is exactly what’s kept Green and many of New Orleans’ other vendors, who rely on the city’s busy festival and second-line seasons, to stay afloat so far. Many, like Green, have taken to pop-ups, partnerships with virtual events and other odd jobs to keep as much income flowing as possible.

“It’s nothing like the real deal but it does help,” Green said. “You don’t have no more second-lines. I don’t understand it, because they got second-lines, but you gotta be dead to get one. The goddamn city dead.”

Mario Louis, who’s best known on second-line Sundays as Mario the Fruit Man, said he resigned from a city job about three years ago so he could focus full-time on his own business selling fruit cups, fruit arrangements and, on Sundays, entire pineapples with the tops lopped off and filled with his own Super Mario Punch.

“It’s free promotion at a second-line because you don’t have to be on Instagram, Facebook,” Louis said. “But at the second-line, they say, alright, I know one thing for sure: If I see the fruit man, I’ll get a nice pineapple. People look for their vendors, people look for the vendors they like, and they support them.”

In the vacuum left by the nearly five months’ worth of second-lines in the time since the March shutdown, Louis said, he’s popped up outside of barber shops and been able to keep doing fruit tables for small family events. But the financial impact is real with the loss of an all but guaranteed average of $250 to $300 on second-line Sundays.

“I had to cut back on a lot of things,” Louis said.

Solomon King, a second-line staple known as The Towel Man, can make about $400 or $500 selling his bandanas and towels to mop up sweaty brows at a busy second-line. It’s better than he makes on a typical day hustling on Bourbon Street, where he sells ponchos, key rings and hats.

“When I do second-lines, the sign speaks for itself,” said King, who follows the route in his electric wheelchair. “The people are jumping and dancing, and with the sun out, it’s hot.”

Green has patch-worked together a living to see her through this crisis, working for the city’s initiative with the World Central Kitchen and hosting pop-ups on weekends to help support her family.

“I been ripping and running, wearing myself out,” she said. “But it’s a good wear-out.”

Permits during a pandemic

The vending community has been paying close attention to any changes as the city slowly peels back the layers of restrictions while still enforcing masking and social distancing. One of the key frustrations, according to Renard Bridgewater, the community engagement coordinator for the Music and Culture Coalition of New Orleans, is that as these restrictions change, it can be hard for the vending community to know where the lines get drawn. 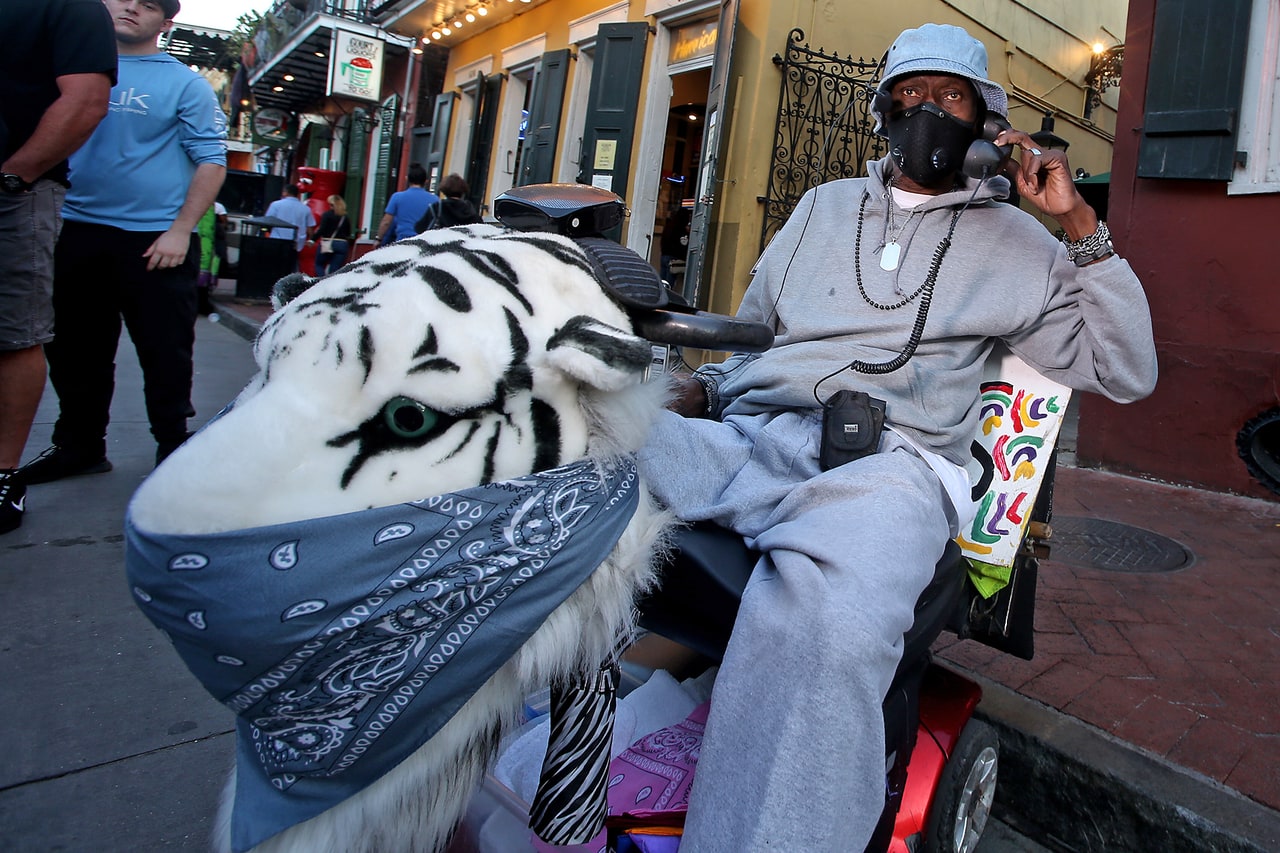 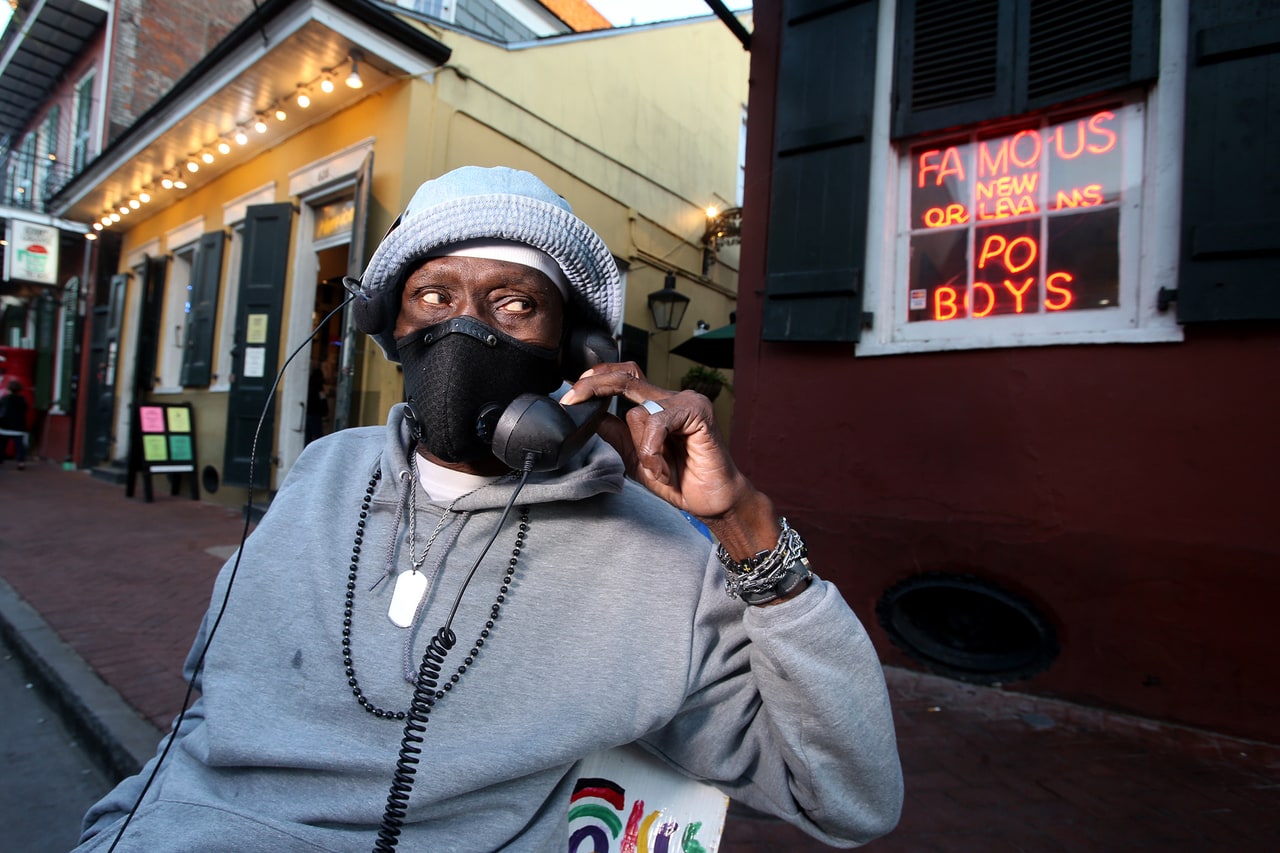 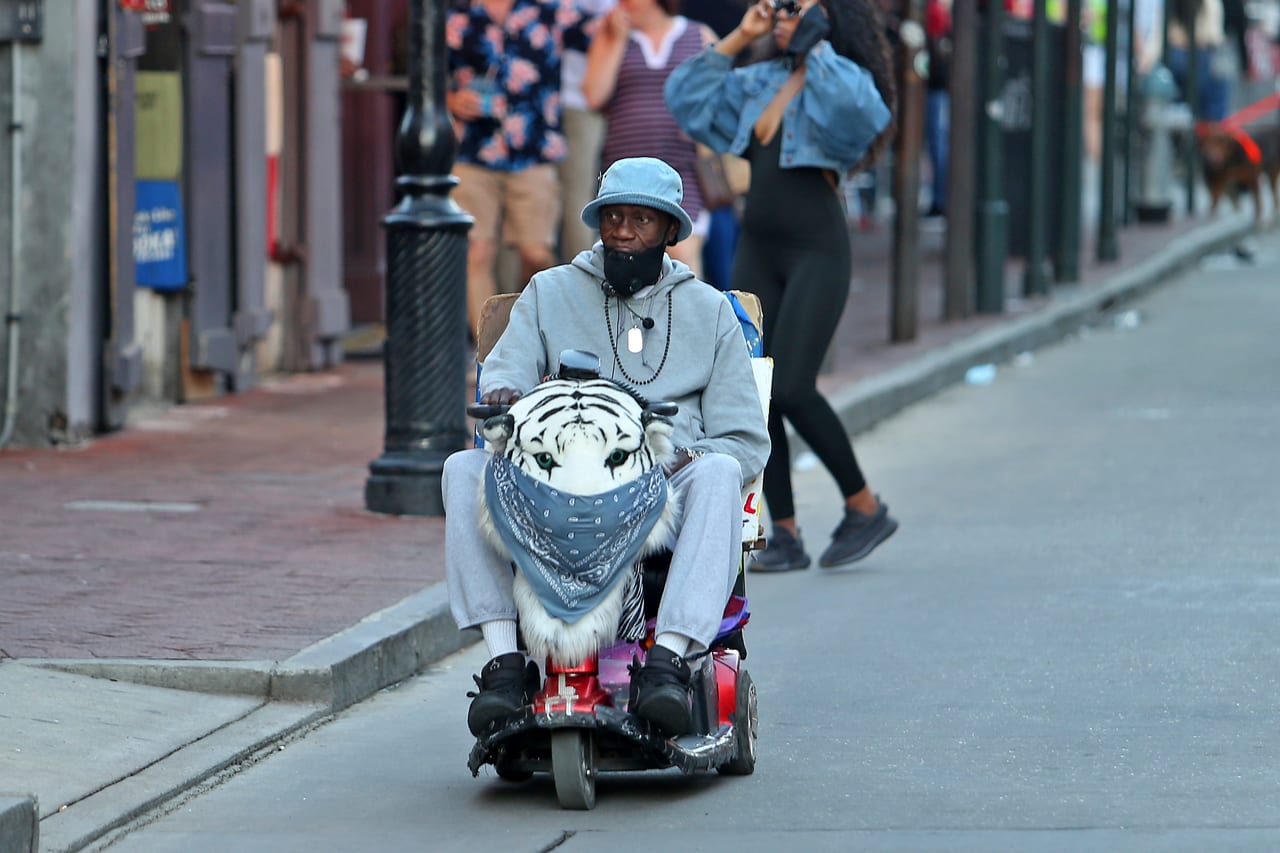 1 of 3
Solomon King aka the Towel Man works on Bourbon Street in the French Quarter on Sunday, November 1, 2020. (Photo by Michael DeMocker)

“When you think of brass bands, when you think of social aid and pleasure clubs… from the ecosystem standpoint, vendors are such a big part of it,” Bridgewater said. “They keep people hydrated and they’re entertainment themselves…. To continue to sustain themselves, (for vendors), it’s being able to know what is legally allowed and what isn’t is one of the biggest obstacles.”

While the city permits mobile vendors annually, second-line vendors have a separate, specific permit, which only allows sales between an hour before and an hour after a second-line, according to a City Hall spokesman.

That distinction between permits has apparently created some confusion.

“We’re seeing a lot of vendors (say, under the Claiborne overpass) saying they have a second line permit when nothing’s happening,” the spokesman said in an email.

That’s reportedly what happened to Lorrell Woodfork, who, as WWLTV reported, was looking to make his rent in August when the New Orleans Police Department hit him with a $300 fine for vending with the wrong permit.

“Everybody is having the same issue, because you can’t sell nothing, and you can’t go nowhere,” said Action Jackson, the WWOZ host known for keeping tabs on all the social aid and pleasure clubs.

No concessions have been made for second-line vendors to utilize their permits in other ways, according to the city spokesman.

“The bottom line is you have to have a permit to do those things, and if these events are not going on, they’re not giving you a permit, so there’s no way they can make it,” said Action Jackson.

In that vacuum left behind by the canceled events, some community efforts have helped these vendors keep going. Thanks to sales of a T-shirt from the St. Claude Social Club, Green was able to pay for her rent through January.

“Every time I think about it, I want to cry,” Green said. “It’s a happy cry, a good cry, because I’ll be honest: I didn’t know what I was going to do.”

It’s that kind of spirit that, despite the financial losses, is what Louis misses most about not seeing his second-line community regularly.

“Just seeing everybody happy,” said Louis, who has been in the Sidewalk Steppers’ club for about three years. “The second-lines bring people together. The people, the bands, the music — it does something to your spirit. It just makes you feel good.”

Action Jackson does not foresee second-lines returning until, at best, late 2021 simply because there’s no safe way to make them happen. Like Mardi Gras parades, the kind of gathering that makes them possible isn’t in the cards during the pandemic — and city officials, let alone health experts, don’t have clear timelines.

“You can’t walk around with plexiglass for four hours,” Action Jackson said. “This 100-year-old tradition, it won’t go nowhere. But it’s going to be delayed.”