Located in New Orlean’s Black Pearl neighborhood, Tartine is known for bread, sandwiches and amazing breakfasts, also makes one of the best King Cakes in town

Ray Cannata said he’s eaten at Tartine approximately twice per week since they opened back in 2010.

“I’ve been there hundreds of times,” he said, “and I’ve never had a bad experience. Not once.”

When asked what he loves so much about the Black Pearl-neighborhood cafe, Ray talked about the welcoming atmosphere, the meticulous staff — managed by co-owner Cara Benson — and his long list of favorite food items.

But during Carnival, there’s one food that stands out above the rest.

“There are so many amazing king cakes in town,” said Ray, who is an accomplished foodie, himself, starring in the 2012 documentary, The Man Who Ate New Orleans. “I love so many, but if I had to pick just one king cake, it’s got to be Tartine’s.”

Ray’s not alone. New Orleanians-in-the-know flock to Tartine — or any of the three locations of its sister restaurant, Toast — for this delicious, brioche dough rolled with cream cheese and cinnamon. Nothing fancy. Just extraordinary.

“Like most everything at Tartine, it’s not about straying toward the exotic,” Ray explained. “They take fairly standard flavors and they just make it better than other places. I don’t know how Cara does it, but it’s a triumph.” 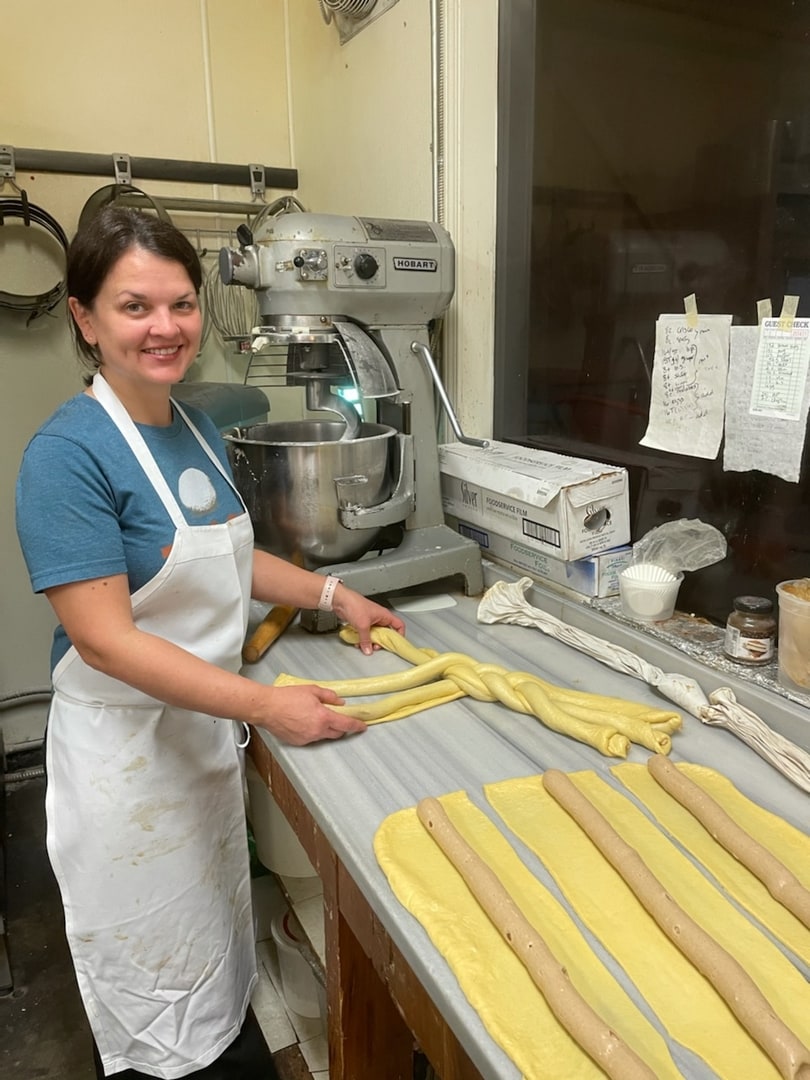 For anyone who knows Cara’s past, the quality of her baking should come as no surprise.

She grew up in New Orleans and, from a young age, Cara said she was always into baking, cookbooks and trying out new recipes.

“I’ve always loved the effect food has on people,” she said. “That’s the reason I went down this path. Food makes people happy and I like being a part of that.”

Cara stayed in town to attend Loyola University. After graduating with a BA in political science, she decided to give the culinary arts a try.

She was accepted into the prestigious French Culinary Institute in New York City where she enrolled in the pastry program. (This is also where she met her now-husband, Evan, who was a student in the Institute’s savory program at the same time.)

After graduating, Cara and Evan worked in New York restaurants for the next year before Cara decided New Orleans was calling her back.

“I love this city,” she said, “and it didn’t take much convincing to get Evan to give it a try.”

Back in the Crescent City, she was able to parlay her impressive resume into work. But she wasn’t exactly sure what she wanted to do. She tried catering for a bit, then she spent several years as a pastry chef at French Quarter favorite, Muriel’s.

“Those were valuable, important experiences for me,” Cara said, “but it also got me really excited by the prospect of working for myself. That’s when the idea for Tartine was born.”

As a child, Cara remembers her Grandmother frequently serving baguettes with jam, cheese and cured meats.

“That’s what a tartine is, and that’s what I imagined my bakery would be,” she said. “I wanted it to be focused on breads and cakes, mostly.”

That’s not the way it worked out, however.

Since Cara was already making her own bread, Evan suggested she add sandwiches to the menu. Those sandwiches became very popular — as did the creative sides that came with them. (The simple, but extraordinary breakfast menu is also a must-try, and I’ve had several people tell me hardly a week goes by in which they don’t order the Baked Eggs in Brioche.)

In addition to the food, customers love the bakery for the neighborhood gathering space it has become.

“We have so many regular customers, and they all kind of know each other,” she said. “It’s nice to see the same people every day — like a family.”

Before the pandemic, it was a common sight to see residents from the adjacent Lambeth House Retirement Community gather at Tartine with family members and friends. Since COVID-19, however, neighbors have appreciated how Cara and her cafe have adjusted their operations to help the community during these unique times.

“I never cook at home,” Ray said, “so when the pandemic shut down restaurants in those early months, I wasn’t sure what I was going to do.”

He said Tartine offered weekly family-sized meals to give their customers dinner options. The cafe, he said, cooked lasagna, Mexican and other cuisines outside their usual expertise.

“I just appreciate that she was doing four times the work for 1/4th the reward,” Ray said. “But that’s Cara — she wanted to make sure her customers and staff were taken care of.”

That hard work translates to her out-of-this-world king cakes, as well.

It’s not uncommon for Cara and some of her team to be at Tartine by 2 a.m. to begin creating king cakes for the upcoming day. She said that she’s very proud of her process, but it took some time to perfect the recipe.

“I know what I think the perfect king cake is,” she said. “ It’s ooey-gooey, moist and delicious with cinnamon and cream cheese — but not an overwhelming amount of either.”

Saying it is easy enough (and might make one drool), but achieving the perfect king cake takes time. Cara said that in earlier years the king cakes were drier than she would have liked and sometimes had air gaps in them. Fixing the kinks required experimenting with different temperatures and baking times, as well as varying amounts of icing, filling and brioche.

But the experimenting was worth it. Today, someone who orders a king cake from Tartine is guaranteed to consistently get one that more than a few New Orleanians believe is the city’s best. And one bite will make it clear she’s achieved her vision: a delicious moist dough filled with the perfect amount of cinnamon and cream cheese.

If you’re in New Orleans, you can buy her king cakes at Tartine and Toast, but if you’re elsewhere in America — fear not — you can get one, as well. They ship every Monday, Tuesday and Wednesday, until Mardi Gras — so get your order in asap!

Cara admitted that having to be at the bakery at 2 a.m. most mornings has taken out some of the fun of Mardi Gras for her, but she appreciates the joy it brings to her neighbors and customers.

“I remember being a child during Carnival and always having a Langenstein’s king cake on the counter,” she said. “If there are some New Orleanians today who have that memory with a Tartine king cake — that’s pretty special to me.”

King Cake Chronicles: take a closer look at some of the King Cake makers in New Orleans 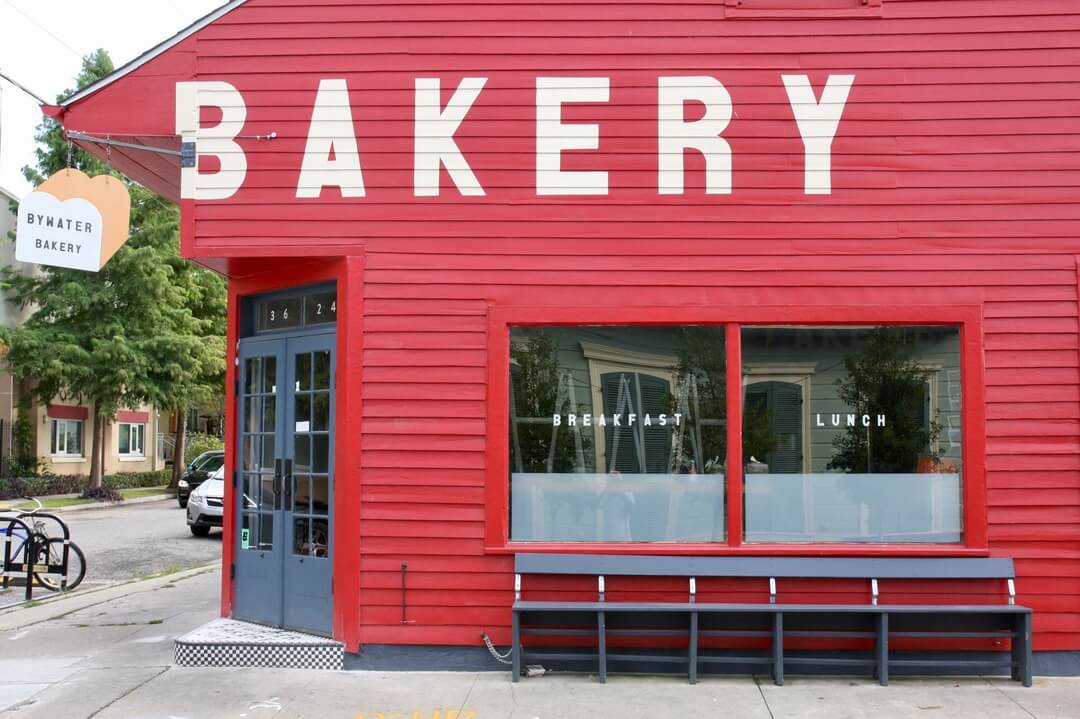 Where to find a Dong Phuong King Cake 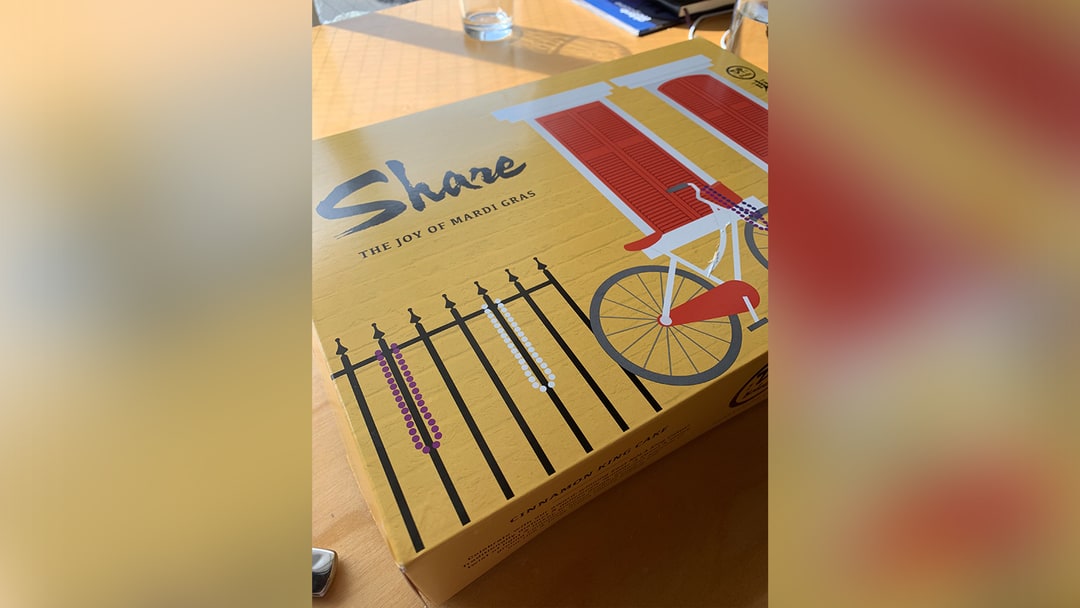 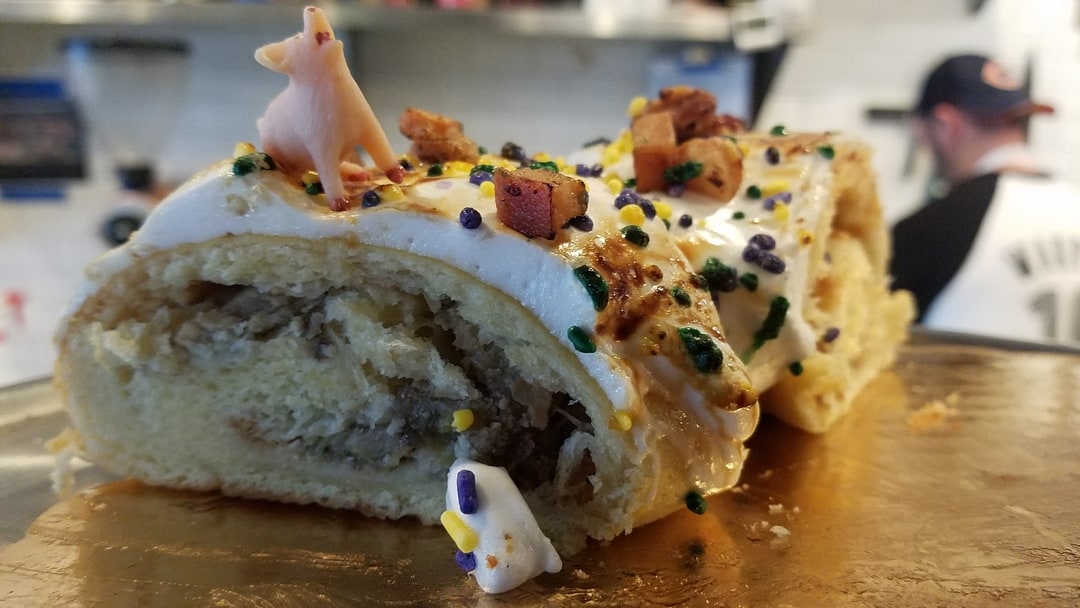 Know of a King Cake we should try? Have a question about New Orleans? Reach out to Matt Haines  @MattHainesWrites on Instagram.