New Orleans’ food-based culture is both a blessing and a curse. It blesses us with culinary options well above those found in other cities of this size, but forces us to confront our human limitations on a daily basis. Our eyes are bigger than our stomachs and both of those are bigger than our brains.

What we’re saying is this: it can be hard to remember everything that’s opening in a city with a food scene as always-on as New Orleans. That New New aims to keep you aware of all of the new restaurants to know about and the upcoming openings to keep an eye on.

Let’s start with the ones who have opened their doors:

This sandwich spot jumped into an already crowded corner of Mid City. The hoagie slinging storefront was dreamed up by owner Chris Beegle, who moved his sandwich pop-up into a proper storefront after the crawfish kings at Clesi’s opted to move out of the spot next to Banks St. Bar.

True to its pizza-and-beer adjacent location, Trilly is currently only serving dinner. The spot opens at 5 and keeps going until Midnight, but they plan to extend hours in the near future.

This Bucktown institution expanded earlier this month, opening a new outpost in the former home of Charcoal’s Gourmet Burger Bar on Magazine St. The new restaurant brings the total number of Deanie’s in the metro area to three.

Our new French Quarter location is open! Stop by to try our new menu items and enjoy some ice cold raw oysters! 📷: @smallchalk p.s. check out our beautiful mural above the bar…

While we’re talking expansion, these po-boy peddlers have opened up a new location in the French Quarter. Their bringing their less-than-traditional twists (the seafood and bacon-combining Peacemaker) and their classic sandwiches and putting them alongside etouffee and gumbo offerings in new Iberville St. digs.

Thanks for this awesome shot @amournola ! Come hangout with us at 740 Rampart street in the French quarter. 🍻🍕We have art, pizza & booze everyday! We also have vegan ‘za 🤗

The pizza is surely one reason to stop by this new late-night spot near Armstrong Park, but most people walk away talking about the décor. The bar and pizza place appears to be built under the branches of a giant tree and the vibe is suitably clubhouse.

First night in the books. Thanks to everyone who stopped in!

The brains behind Barrel Proof put a new restaurant in one of the cities oldest buildings. Elevated tavern food is on offer in the building and courtyard that was erected along Toulouse St way back in 1794. 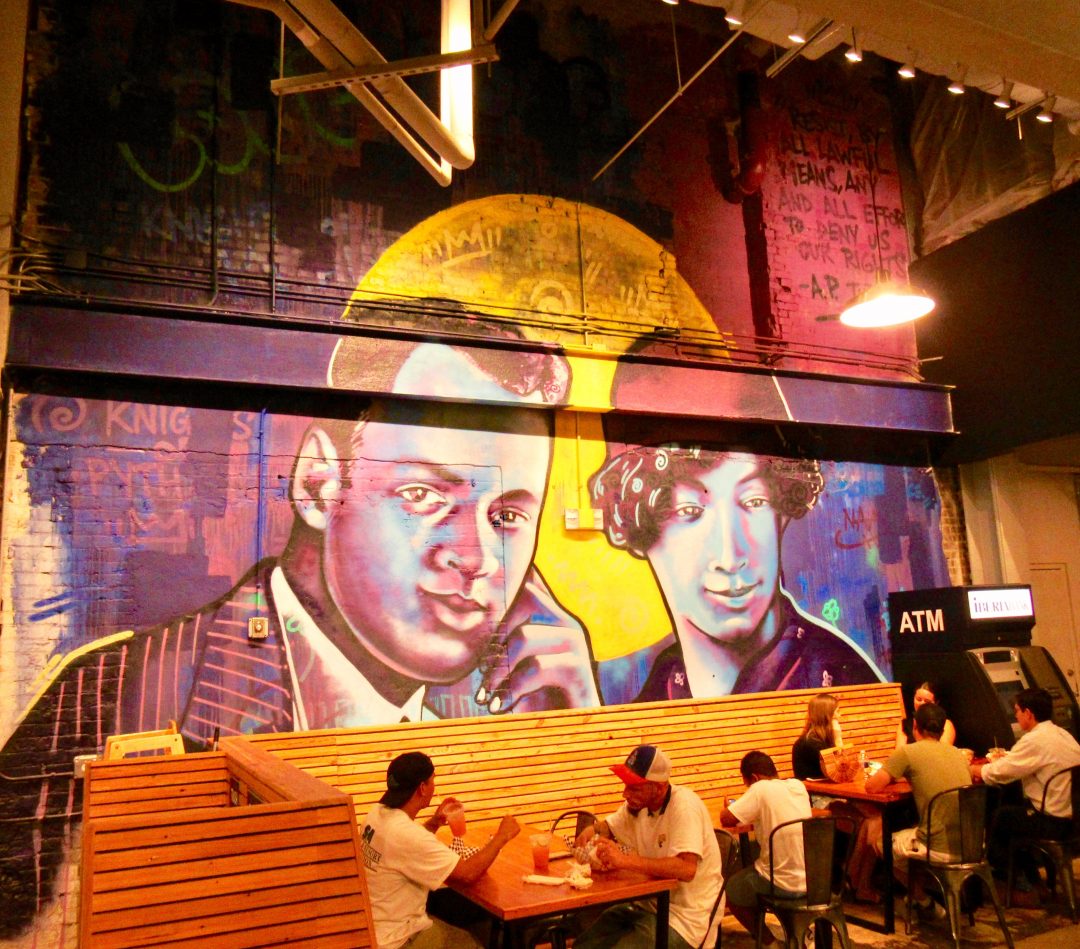 The high-end food court concept that’s found success along St. Claude heads down to a spot closer to where the yuppie set lives and works. Vendors from across the city fill out the new CBD spot with food options from around the world.

Madam’s is nestled in the B on Canal Hotel and pouring bottomless mimosas for brunch on the weekends. In the evenings, Madam’s has “Red Light Specials,” paying homage to the location’s history in the Red Light District. But beyond the brunch and booze, you’ll find yourself salivating at the seafood selection on the menu. Saunter, sashay or stroll into historic Storyville for this joint. -Clint Durrett

The open-late cookie chain is opening a new location on Maple Street in the coming months. Typically, the late night sweets chain stays open until around 3 a.m. to cater to the cravings of bar-goers and cramming students alike.

Also coming soon to Maple Street in July, Guatemalan cuisine will be served up in this Carrollton spot once occupied by Hummus. Catalino’s plans to open within weeks and are providing updates via social media. The restaurant posted a menu on its Facebook page.

Barrow’s Shady Inn is one of several pre-Katrina restaurants making its long-awaited return to the city. Gabrielle started selling Cajun fare again to fans late last year and fiends for this seafood restaurants acclaimed fried fish won’t have to wait much longer for this restaurant to open in new digs on Carrolton and Earhart.

This 24-hour lifesaver of a Middle Eastern restaurant and convenience store recently moved onto Canal St. But the big moves aren’t over for Cleo’s. They plan to open another outlet on Decatur St in the French Quarter in the next month or so.

Beloved pop-up Midnight Noodle will close out the end of June by finally settling into a permanent home inside the Catahoula Hotel.