Her vibrant paintings at places like Hotel Peter and Paul make flat walls come to life.

If Ann Marie Auricchio does her job right, you won’t even know she was there.

A door that fades into the wall around it. A concrete wall that looks as it though it’s been there for decades. A column seemingly carved from stone — and all of it’s fake.

What is real, though, is the work and love that goes into making everything Auricchio’s brush touches come to life in an entirely new way.

“A lot of times, the things I do, people don’t see it,” Auricchio said. “It is a weird thing, you know? And I, in a very sick way, really that love part of it because it is weird.”

A change of pace and career

A New Orleans resident for nearly five years, Auricchio landed in the city after visiting multiple times since college. The New York native finally moved here full-time when more than two decades spent doing design, art direction and scenic construction for film, television and theater, in addition to decorative work prompted the artist to look for a change of pace.

Now, Auricchio said she is “retired” from the entertainment industry but continues to do the home and commercial work that often has her painting for New Orleans’ residents and business owners, quietly creating iconic looks throughout the city. One project she worked on– the Hotel Peter and Paul– has been photographed and featured by some of the country’s top publications.

I’ve only been here (in New Orleans) for four and a half years, so I feel like that’s really not that long,” Auricchio said. “I think that I’ve created a pretty cool business for myself to make a living and be who I am. Unapologetically say, ‘This is it. I can make these things. I can do all these things,’ and I love the dynamic of that.”

As she was preparing to graduate from the Maryland Institute College of Art in the mid-1990s, Aurrichio got the question most college students do around that time: So, what are you actually going to do? Looking to be an artist but well-aware she needed to pay her bills, Auricchio said she went to the library and grabbed a phone book. She looked up companies that created scenic design for theater, and away she went.

“I needed a job, so I ended up in the entertainment industry,” Auricchio said.

The years she spent in that world were dotted with big-name productions– “Spider-Man,” “Daredevil,” “The Sopranos,” and “John Wick” — and they helped her fill up her “bag of tricks” with the ability to create faux finishes.

“I’m kind of like a little mad scientist when I do it,” she said. “And I have a lot of tricks.”

Homes & Hotels: Aurricchio is making a mark on New Orleans 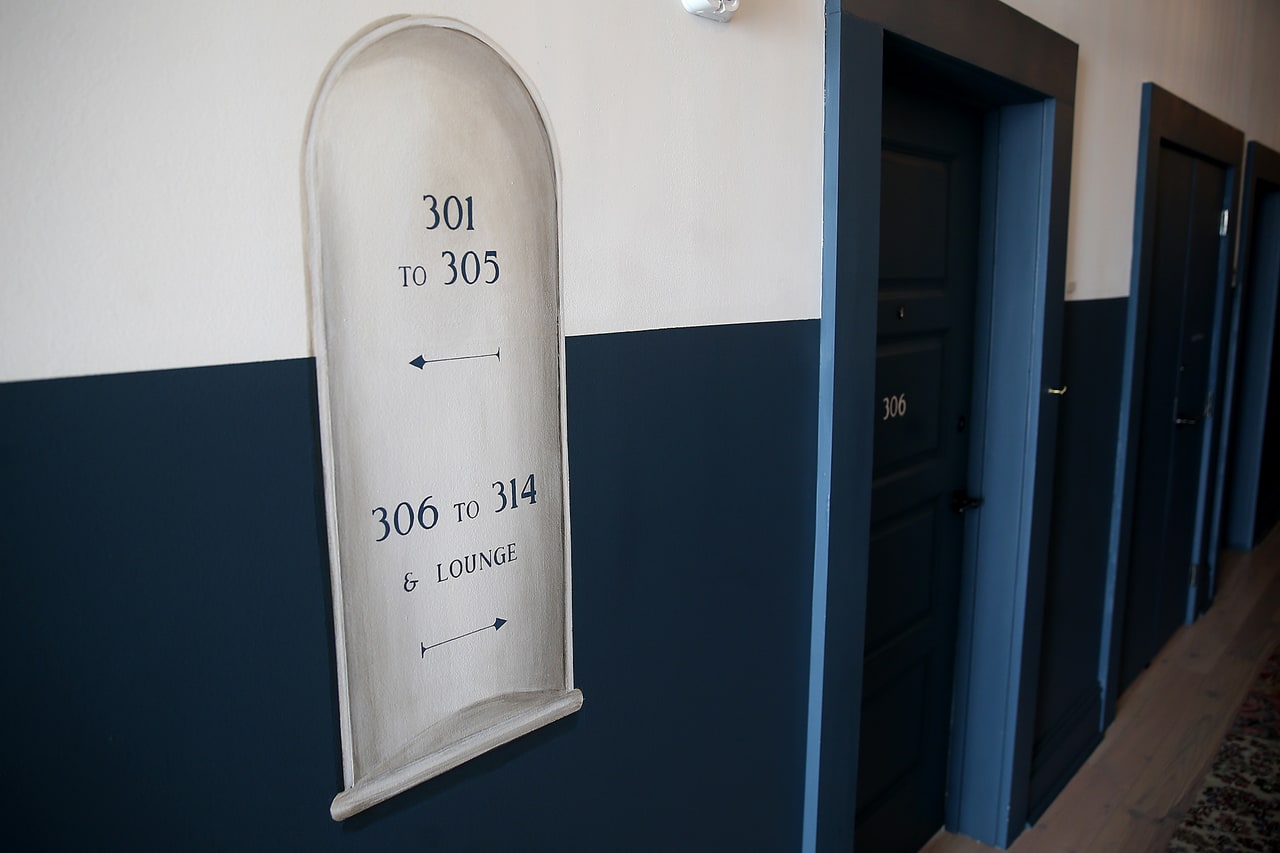 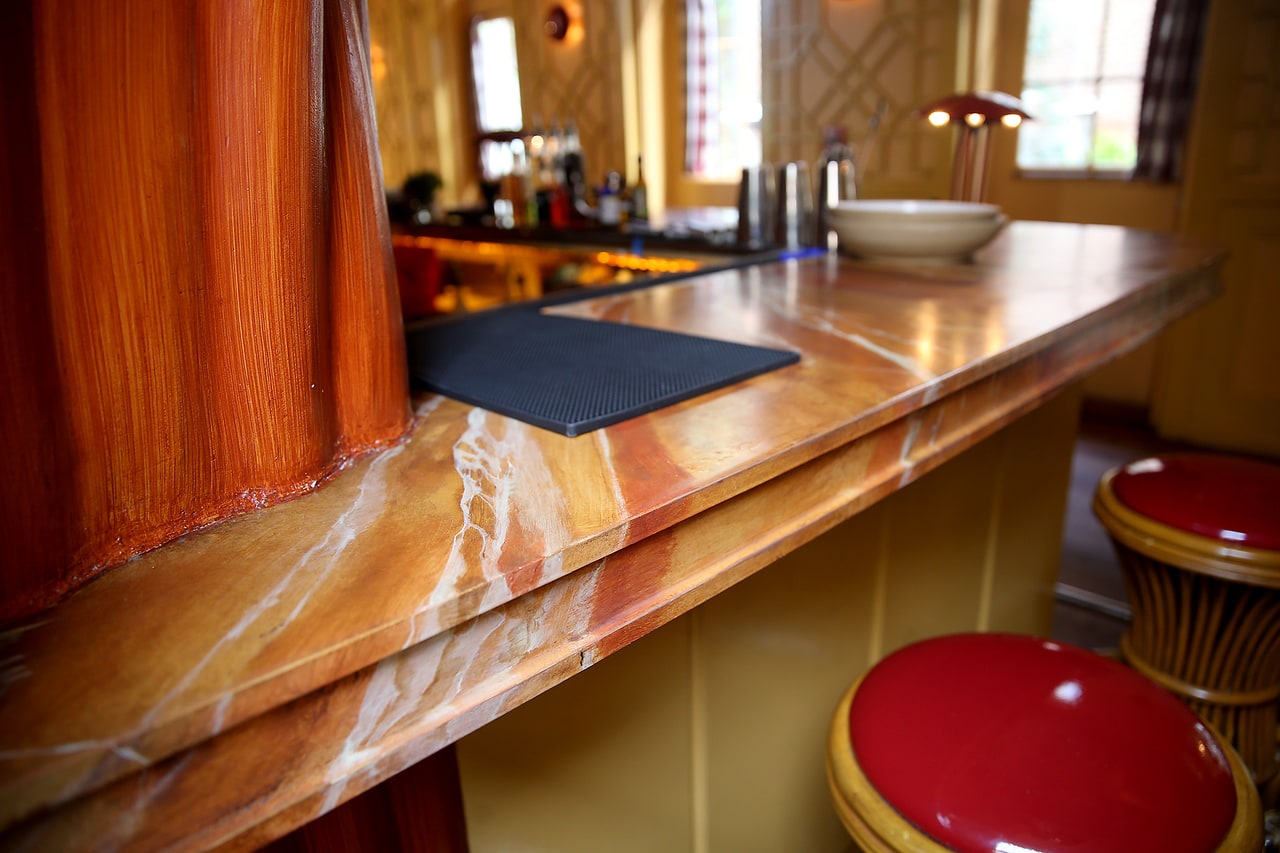 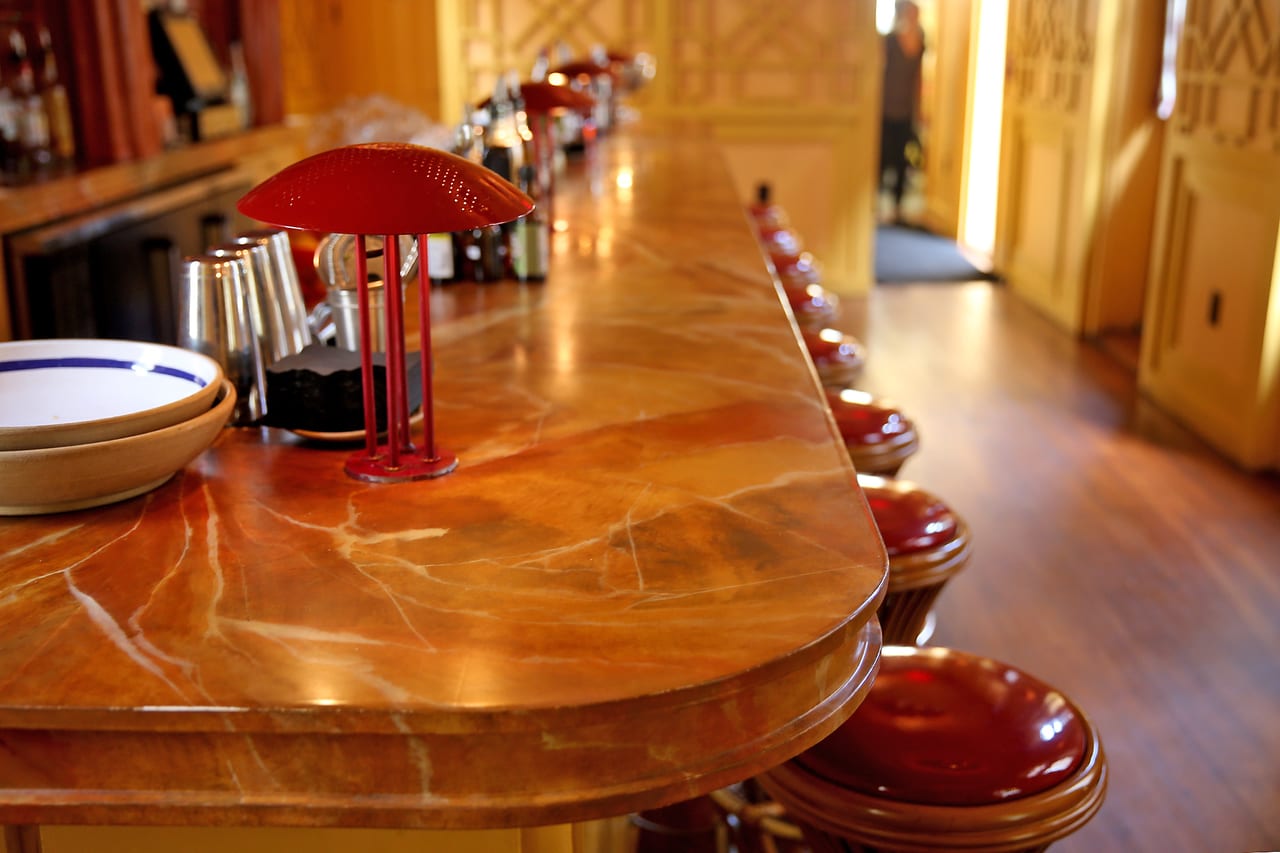 1 of 3
Wayfinding sign created by artist Ann Marie Auricchio in the School House building of the Hotel Peter and Paul on Burgundy Street. Photographed on Friday, November 22, 2019. (Photo by Michael DeMocker)

Those tricks allow Auricchio to confidently create change. Consider, for example, an upcoming project she’ll tackle: A client’s home has a kitchen where all of the cabinets are a dark, ebony-like stained wood — but he wants them to look like pickled oak. Auricchio will take the client’s cabinetry from black to pale oak, saving the project from being a total gut job.

Outside local homes, Auricchio created trompe l’oiel looks at the Hotel Peter & Paul, including the tent-like mural of the tony little coffee shop inside, the faux marble-topped bar in its Elysian Bar and an upstairs mural hiding three doors. She’s crafted Venetian plaster at Emeril’s and the Magazine Street boutique Pilot & Powell, and she painted murals at The Governor.

But Auricchio does not only paint for local clients. Having spent the last few years getting settled in New Orleans, she’s lately had more opportunities to step into her studio to paint for herself, digging into a sense of freedom a little different than her day-to-day commissioned work.

“My personal artwork doesn’t have faux woodgrain and faux marble in it,” she laughed.

A look at that work, instead, uncovers paintings of lush movement and riots of brushstrokes. With a hope to bring some of that work to public spaces through potential mural projects in the city, exploring where it might go next is something she’s hoping to share.

“Since coming to New Orleans, I’ve been able to have that breathing space, and the projects I’ve been able to do have been different from things I’ve done in the past,” she said. “It has taken from a lot of my other experiences, and I think it’s creating a whole new thing. And now, I want to drive the train a little bit more.”